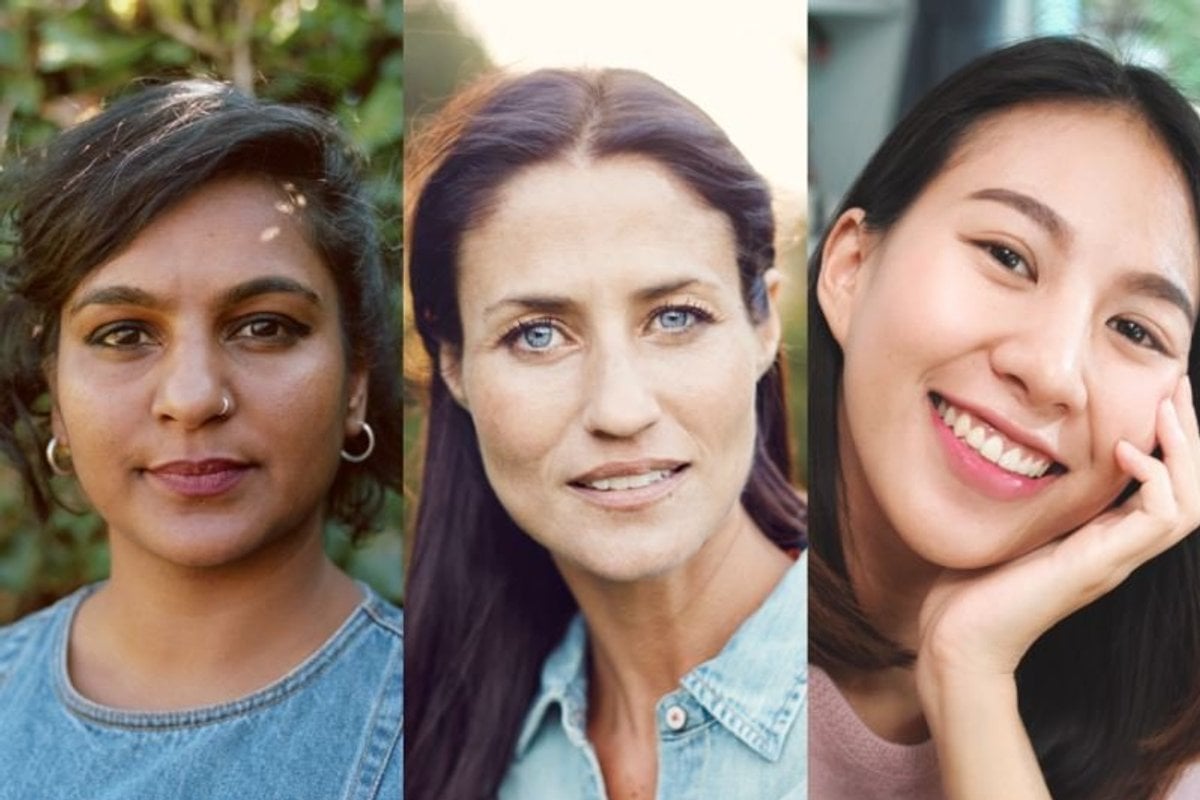 February 14th - possibly the most divisive holiday in existence. Is there a holiday that evokes more passion? More expectation? You either love it or hate it. You either spend the lead up rolling your eyes and gagging, or walking around blissfully planning your day.

Whatever side of the fence you sit on, one thing remains, Valentine's Day is problematic. Single? Be prepared to feel like the loneliest most unloved person on the planet. Married or in a long-term relationship? Get ready for the pressure to rekindle your romance and ‘keep the spark alive’. Heartbroken? Forget it.

If you plan on celebrating Valentine's Day, here are 10 practical gifts you can purchase for your partner. Post continues below.

I’m on the fence re:V Day; perhaps it was because when I was 15 my first boyfriend broke up with me the week before so I spent the day listening to Daniel Beddingfield's 'If You're Not the One' and Justin Timberlake’s 'Cry me a River' on repeat, only to get back together the following week (the timing was much too convenient). The following year, the same said boyfriend cancelled our plans ON THE DAY to go and watch the Charity Shield. So it’s safe to say my introduction to Valentine’s Day was pretty average.

Since then, I’ve had some lovely romantic dates with my now-husband, and we’ve also had some slide by without even noticing. Quite frankly, it feels too much like New Year's Eve, there is so much pressure to have a night of unforgettable romance, that sometimes it just fizzles.

So while your news feeds are going to be filled with cringeworthy, lovey-dovey #highlightreels, we thought we’d ask six women about their Valentine’s day disasters.

Valentine’s Day was ruined for me when I was 13 and my older sister caught my dad ordering a bunch of red roses... for another woman. She told my mum and it was the start of a very messy break up after 20 years of marriage. Needless to say, neither my mum, myself or any of our sisters have been able to celebrate Valentine’s Day again. Something all our partners are very pleased about as they have never had to buy us gifts!

I had been talking to this guy on Tinder for a few days the week of Valentine's and we really hit it off, so we decided it was a great idea to meet up on Valentine’s Day for our first date. We were to meet at a local pub for a few drinks, then head next door to this great Thai restaurant. I arrived early and ordered some drinks for us, he turned up and seemed really nice. We were hitting it off. He went to the bar to get another round and we continued chatting. Once he finished his beer he stood up, so I did too - thinking we’d be moving next door. He then put his hand out to stop me and gestured for me to sit down. I was really confused.

He said, "Look this has been great, but I just know it’s not going anywhere so I’d rather not waste any more time or money, I thought it would be better to be honest. I hope you have a good night." He then started WALKING OFF, I started laughing because I thought he was playing some sort of weird prank on me, but I was sitting at the window and could literally see him walking down the street - off into the distance. I was so humiliated, I called my best friend and he came and had dinner with me so the night wasn’t a total waste.

I was fresh out of school, relatively single, 17 years old, never had a Valentine before, but had been hooking up with a guy a bit who was good looking and seemed cool at the time. Then on Valentine's Day (also the day before my 18th birthday), I heard a knock at the door and there was a massive box of chocolates (no card). I was so surprised and was excitedly wondering who it was from. Of course, the f**kboi messages me half an hour later being like, "Happy V Day" and I was there all flattered and like 'Oh maybe he likes me.'

I, of course, tell my friends... only to discover that night he had done the SAME thing to two other girls. Same chocolates, same 'mystery' tactic, same text message. Another one was even called Izzy.

Having just returned from two years abroad in the US, I couldn’t wait another three weeks for Valentine’s Day. I’d come to see how invested our American friends get about all of their “holidays” and I was eager (as were all of my Aussie friends) to find out what my American boyfriend had in store for me. The day arrived and the anticipation was high! Would it be a package, or perhaps a delivery? He’d given nothing away when he’d called the previous week (landline calls were super expensive before mobile plans existed).

I pounced on the phone when it rang that morning. I heard the international connection and was beyond excited. But it wasn’t my boyfriend, it was my US flatmate. She was calling to say that the two of them had hooked up and she wanted me to know before Valentine’s Day (it was still February 13 over there) because "it was the right thing to do". To top it off, they married on Valentine’s Day the following year, and I heard they somehow fluked a Valentine’s Day baby the year after that. It’s safe to say I’ve hated Valentine’s Day ever since.

Listen to Eligible, the world’s first podcast dating show. In this episode, you'll hear about Nick. Post continues below.

I had just started dating someone who wouldn’t call me his ‘girlfriend’ yet because he didn’t want to label it. He had just come out of a long-term relationship. So we spent our first Valentine's Day together (which also happens to be my birthday!) going on a cute date day. The first stop was to get pampered at a massage parlour - I thought the location was a bit odd but I rolled with it, he went in first and the therapist greeted him excitedly and said, "We haven’t seen you and Bella in forever". Bella was his ex-girlfriend. He had taken me to 'their place'. Safe to say that put a bit of a damper on the rest of the evening, especially when we stayed in the same hotel and ate dinner at the same restaurant they went to regularly. It seems he was just in default mode and took me on the exact same date he would take his ex on.

So, it was my first Valentine's Day with my boyfriend and while I usually don't give two hoots about V-Day, I thought it'd be a nice surprise if I made an effort. So that I did - in the form of a home-cooked three-course meal. Caprese salad for starters, a red wine slow-cooked lamb with all the trimmings for mains and individual little pots of chocolate mousse for pudding. HOW GOOD AM I?! I even decked out his little sunroom in his share flat and transformed it into a little restaurant with candles and music. The lot.

When he arrived home he was delighted with the surprise and we tucked into the starters straight away. Then we moved onto mains and he still seemed to be enjoying himself, but was definitely getting a little droopy-eyed. Big day at work etc, etc. But we forged on - cheers-ing to my success of an evening and having a right old laugh. Then when I went to the kitchen to grab the dessert only to return to find him fast asleep on the bed. He was literally out cold. Dead to the world. Whacked him with a bloody spoon to check and he still didn't wake up.

So, I huffed and dragged the chocolate mousses back to the kitchen, but bumped into his housemate on the way. "Oh, are you done with those?" He said, pointing to the puddings. "Well, no, but old mate's fallen asleep," I replied. "Ahh, well, better not let them go to waste," he said, grabbing a pudding and heading to the sunroom. He plonked himself down in my perfectly curated sunroom restaurant and woofed down the pudding. He also polished off the wine. So romantic.

*Names have been changed to protect the storytellers' identities, and also, their dignity.

Reply
Upvote
7 upvotes
I'm curious to know how many people here actually celebrate Valentine's Day. I've never really been into it, mostly because all that 'romantic candlelit dinner, red roses' stuff makes me super uncomfortable. It all feels a bit too cheesy, too forced, like Mandatory Romance. Does the Herald Sun still do the Valentine's messages, I loved reading those, they were hilarious.
G
grumpier monster a year ago

Reply
Upvote
1 upvotes
@rush I’ve been married 26 years. I’m enjoying a bottle of wine whilst watching The Equaliser 2 on Netflix with my hubby in Melbourne. We didn’t this year, but normally we talk about exchanging a Valentines card that we bought, failed to write in, and lost years ago.
How much more romance could anybody want? (Yesterday we spent our afternoon on our devices so today is definitely special. 🤣)
M
mamamia-user-893622181 a year ago

Reply
Upvote
1 upvotes
@rush I'm not keen on it. I'd rather have regular 'us time' and thoughtful gestures that show we care than one big, overblown day
C
cat a year ago