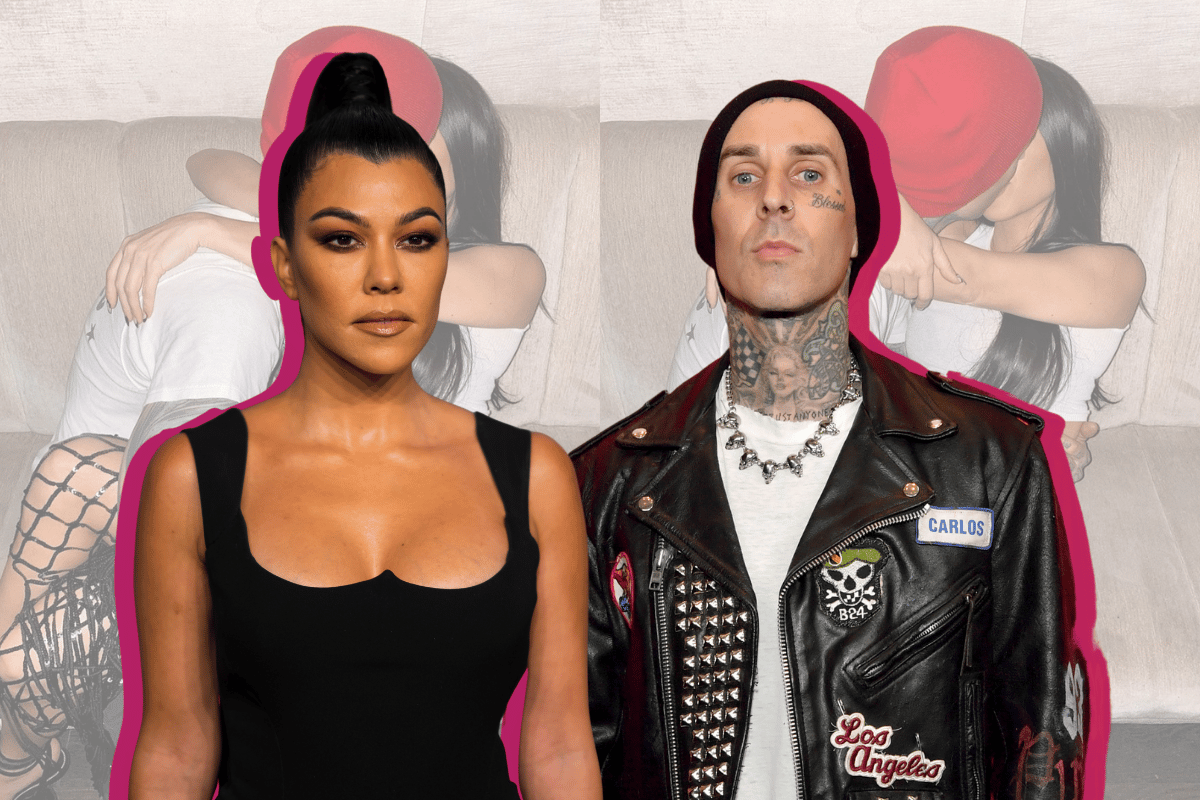 1. Approximately no one can look away from Kourtney Kardashian and Travis Barker’s explicit relationship.

If you follow Kourtney Kardashian or Travis Barker on Instagram, you'll know they certainly aren't shy when it comes to PDA.

The couple, who made their relationship Instagram official on Valentine's Day, recently shared a very loved up looking photo from their holiday at the Amangiri resort in Utah.

"Just Like Heaven," Kourtney captioned the photo of her in Travis' arms.

The couple also shared photos from a fun game of Bananagrams, where they spelt out words like "orgasm", "tip" and "ex". 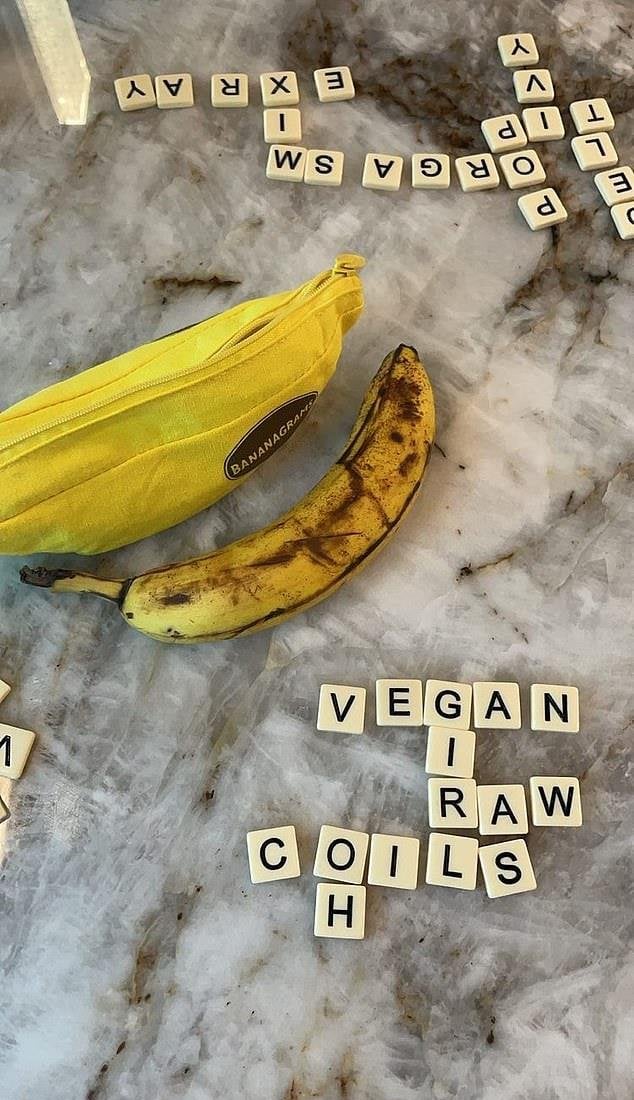 It comes after Travis shared a photo of him and Kourtney looking very cosy together in an Instagram post for her birthday last week.

"I F****** LOVE YOU!. YOU'RE A BLESSING TO THIS WORLD. HAPPY BIRTHDAY @kourtneykardash," he captioned the post.

And what does Scott Disick think of all this you ask?

"Scott has really distanced himself from Kourtney recently," a source told E! News.

"It's uncomfortable for Scott to see Kourtney in a serious relationship, although he knew this day would come," another source supposedly told the publication.

"He is glad she is happy, but it's definitely been hard on him. He doesn't like to bring it up and it's a weird convo for him. At one point, the family was really encouraging Scott and Kourtney to try the relationship again and it's a bit of an eye-opener for him, that it's truly never going to happen."

Jackie 'O' Henderson is thinking about saying goodbye to Instagram for good.

Speaking on The Kyle and Jackie O Show earlier today, the radio host explained that she's sick of feeling bad about herself after using the app.

"I've stopped using Instagram because I get off it and feel not good about myself. I actually feel worse than before I went on it," she said.

"I just think it's not real, everything is so Photoshopped."

Jackie O, who has over 204,000 followers, went on to say that "everyone is pretending" on Instagram and she considered removing it from her phone.

"I don't want to know what everyone is doing. I think I'm going to delete the app."

3. The Game Of Thrones spin-off series has started production. Here’s who we’ll be seeing in Westeros.

Production for the Game Of Thrones prequel, House Of The Dragon, has kicked off this week, and the cast is looking top notch, if we do say so ourselves.

HBO announced the production on Tuesday, with a picture of the cast at a socially distanced table read.

Fire will reign 🔥
The @HBO original series #HouseoftheDragon is officially in production. Coming soon to @HBOMax in 2022. pic.twitter.com/tPX8n2IvGW

From what we know so far, Paddy Considine will star as King Viserys Targaryen, Matt smith will be playing Prince Daemon Targaryen and Emma D'Arcy will act as Princess Rhaenyra Targaryen.

Other stars that were present at the live read included Steve Toussaint as The Sea Snake, Rhys Ifans as Otto Hightower and Olivia Cooke as Alicent Hightower.

The new series is set 300 years before the events of Game Of Thrones and is based on George R R Martin's 2018 novel Fire & Blood.

We can't wait to jump back into Westeros!

4. Flex Mami was unanimously evicted from the Big Brother house last night, and we are aggressively disappointed.

TV Host, Author, DJ and Podcaster Lil Ahenkan, AKA, Flex Mami was unanimously evicted from the Big Brother house just one episode in last night, and we demand a refund, Channel Seven.

Flex took to her Instagram stories this morning to react to her shock elimination, writing: "I didn't even get to be shady or use my brain before I was booted!

"Anyway, we storm Channel Seven at noon," she joked, before sharing a whole bunch of responses from the public that questioned why housemates decided on Lil instead of two other huge threats: Katie and SJ.

Some of the best responses included: 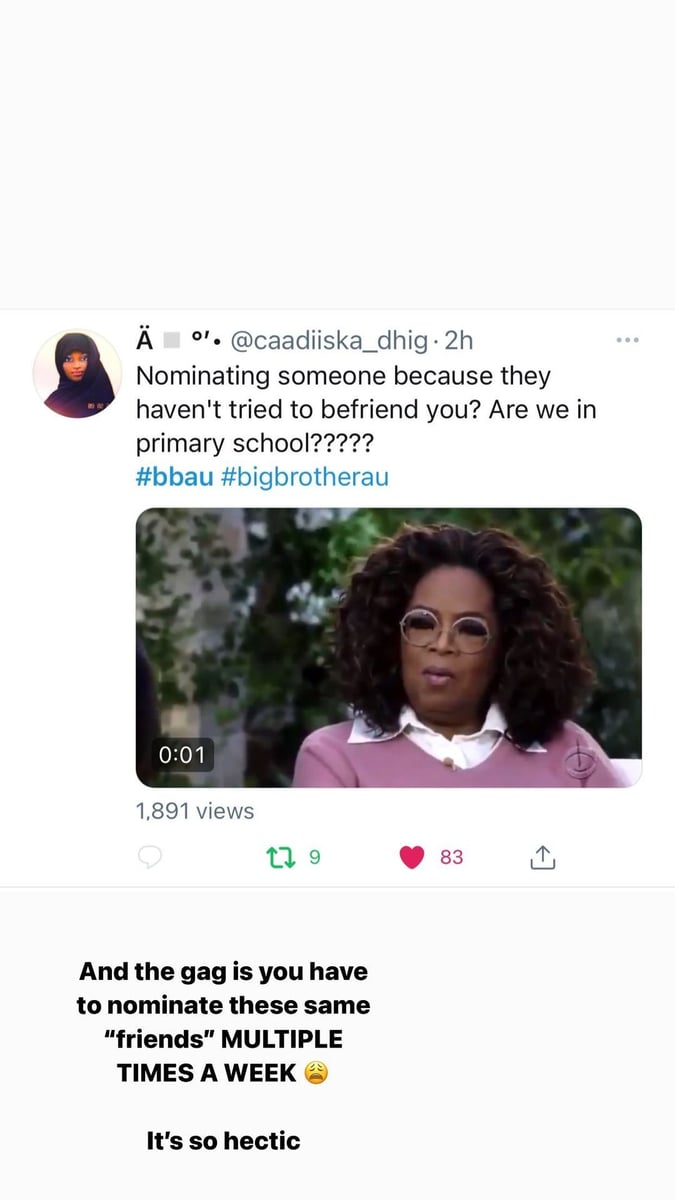 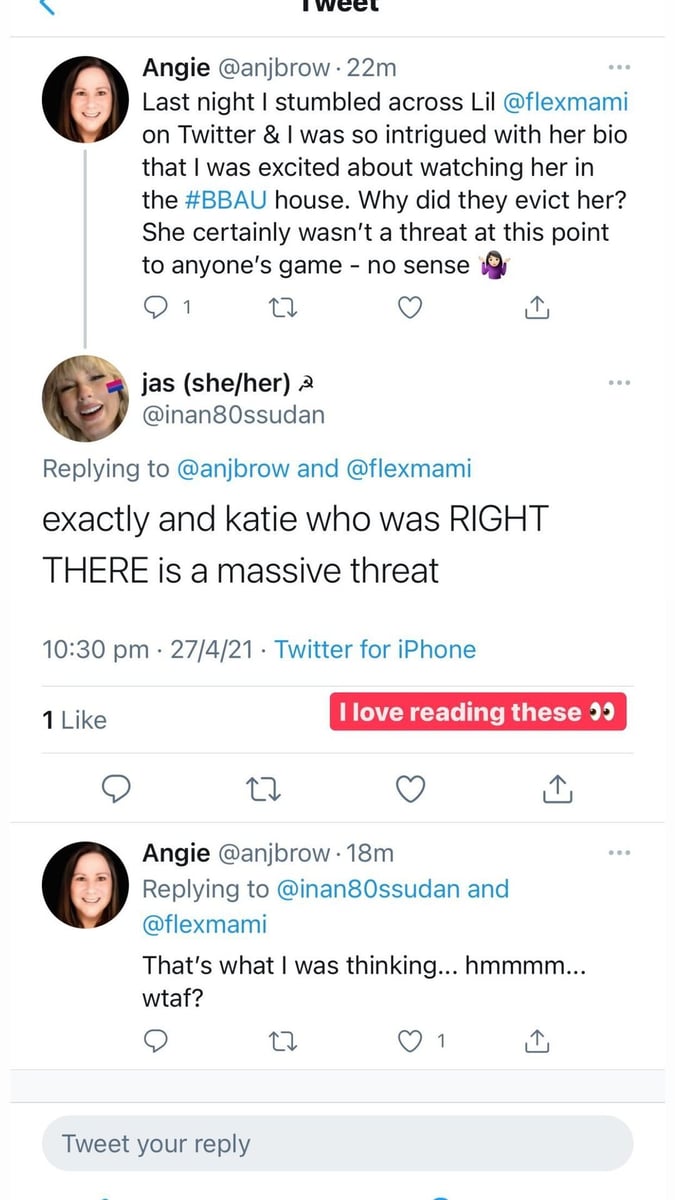 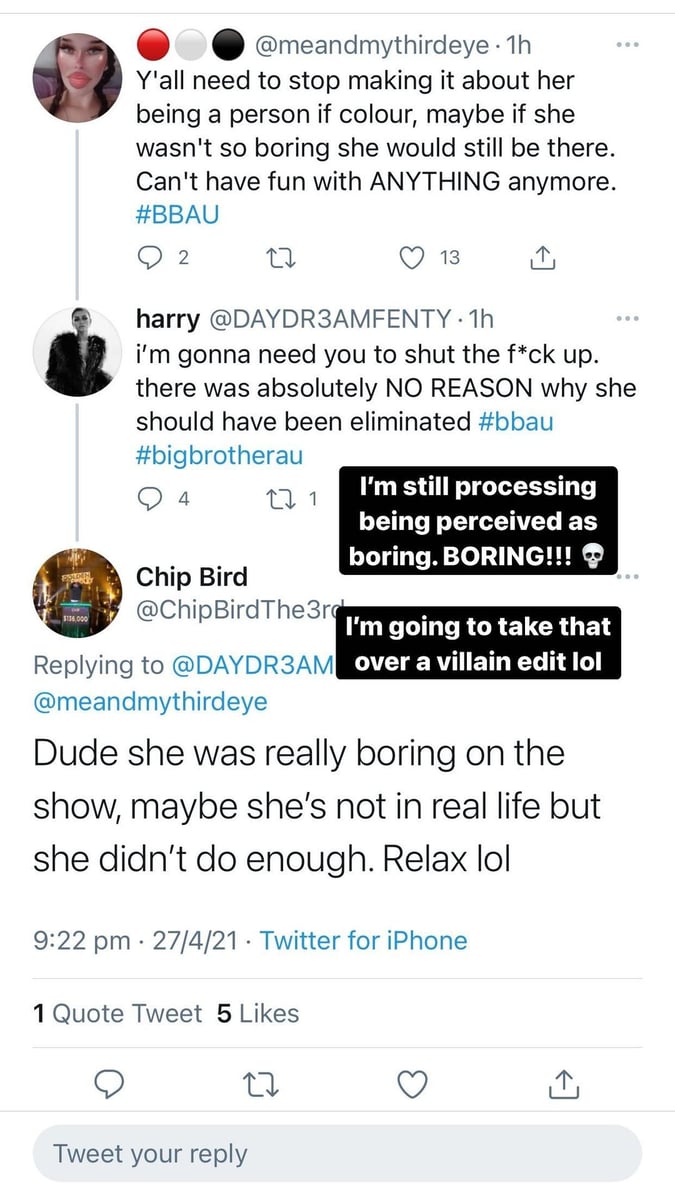 5. Riz Ahmed and Fatima Farheen Mirza sat at the same table in a cafe. Now, they're married.

An acclaimed international author and a rock star actor walk into a New York cafe.

They sit down at the same table, start setting up their laptops, accidentally brush hands as they jostle for the same power point.

Sparks fly. They strike up a friendship, and sometime in the near future, friendship turns into something more.

A little while later, the actor proposes to the author with scrabble tiles, during a romantic picnic in the middle of lockdown.

No, this isn't the plot of a Nora Ephron movie starring Tom Hanks and Meg Ryan. It's the love story between Sound of Metal star Riz Ahmed and New York Times bestselling author Fatima Farheen Mirza. 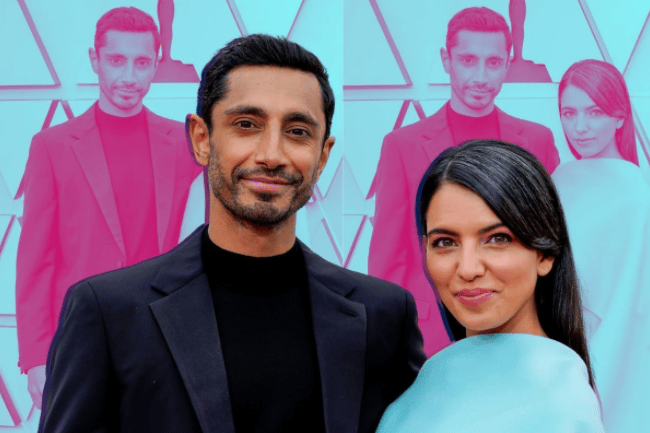 At the time of their first meeting, Riz was preparing for his role in Sound of Metal. Fatima had just been named an instant New York Times bestselling author for her debut novel, A Place For Us. They had both gone to the cafe that day to get some writing done.

“We met so randomly, while I was preparing for Sound of Metal, when I was in New York. We just both sat down at the same table in a cafe, where we both turned up to write. We were both jostling over the same laptop plug points, like a very modern way of meeting," Riz told Jimmy Fallon during an appearance on The Tonight Show.

“We struck up a friendship and then we reconnected down the line. But it’s weirdly one of the many things about preparing for this role that was so special. It just brought a lot of goodness into my life.”

In 2020, during lockdown, Riz and Fatima went for a picnic in a local park. They played a game of scrabble and Riz lined up the tiles to read "Will you marry me?"

“I did that corny thing where I stole all the correct letters up and spelled out will you marry me?’” he told Jimmy Kimmel during an appearance on Jimmy Kimmel Live!

According to Riz, Fatima first responded with "You're joking!" before saying yes.