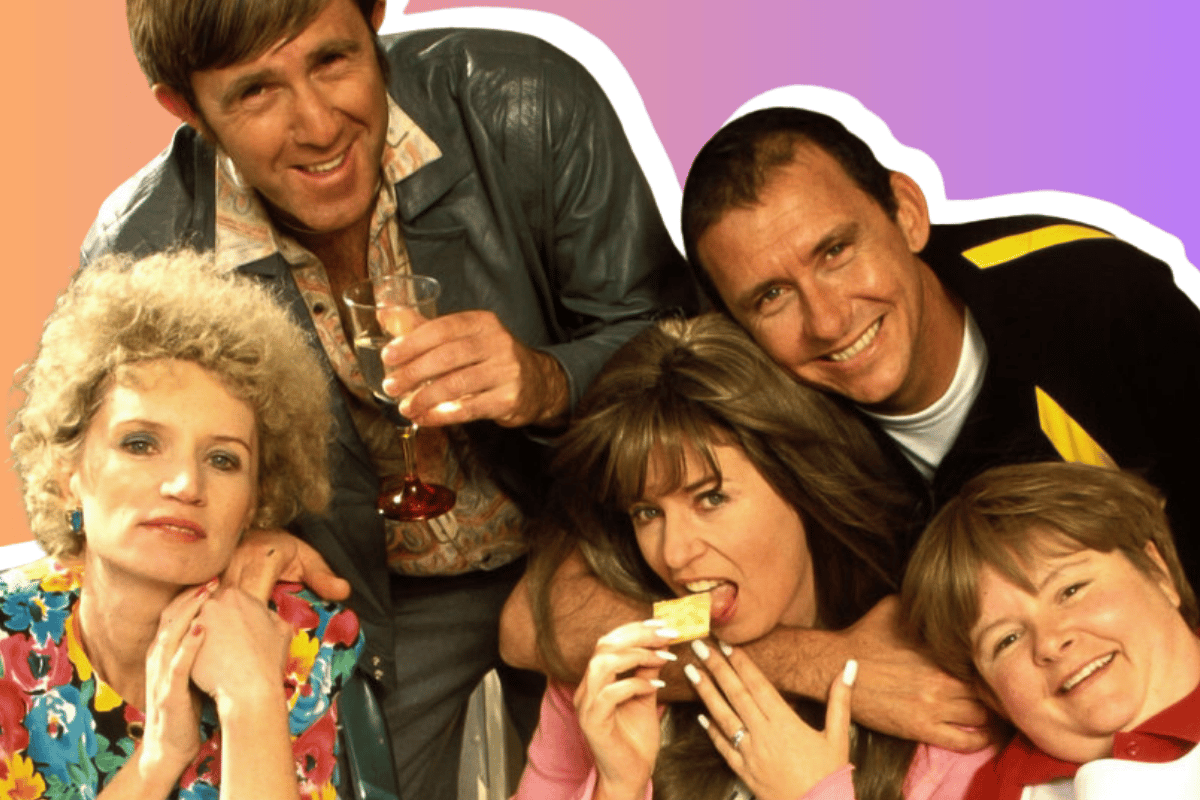 There's no Aussie show quite as iconic as Kath & Kim. It was noice, different and unusual.

The beloved sitcom ran from 2002 to 2007, and followed the everyday lives of Kath Day-Knight (played by Jane Turner) and her daughter Kim Craig (played by Gina Riley), aka the foxiest ladies from Fountain Lakes. The series, which was created by Tuner and Riley themselves, ran for four glorious seasons and was recently added to Netflix last year. The show even inspired the 2005 telemovie Da Kath & Kim Code and the 2012 film Kath & Kimderella.

Watch: Words of wisdom with Kath and Kim. Post continues below.

Almost two decades on, we decided to take a trip down memory and lane and see what the cast of Kath & Kim are doing now.

From theatre performances to a podcast, here's what your favourite characters have been up to 18 years after the show premiered. 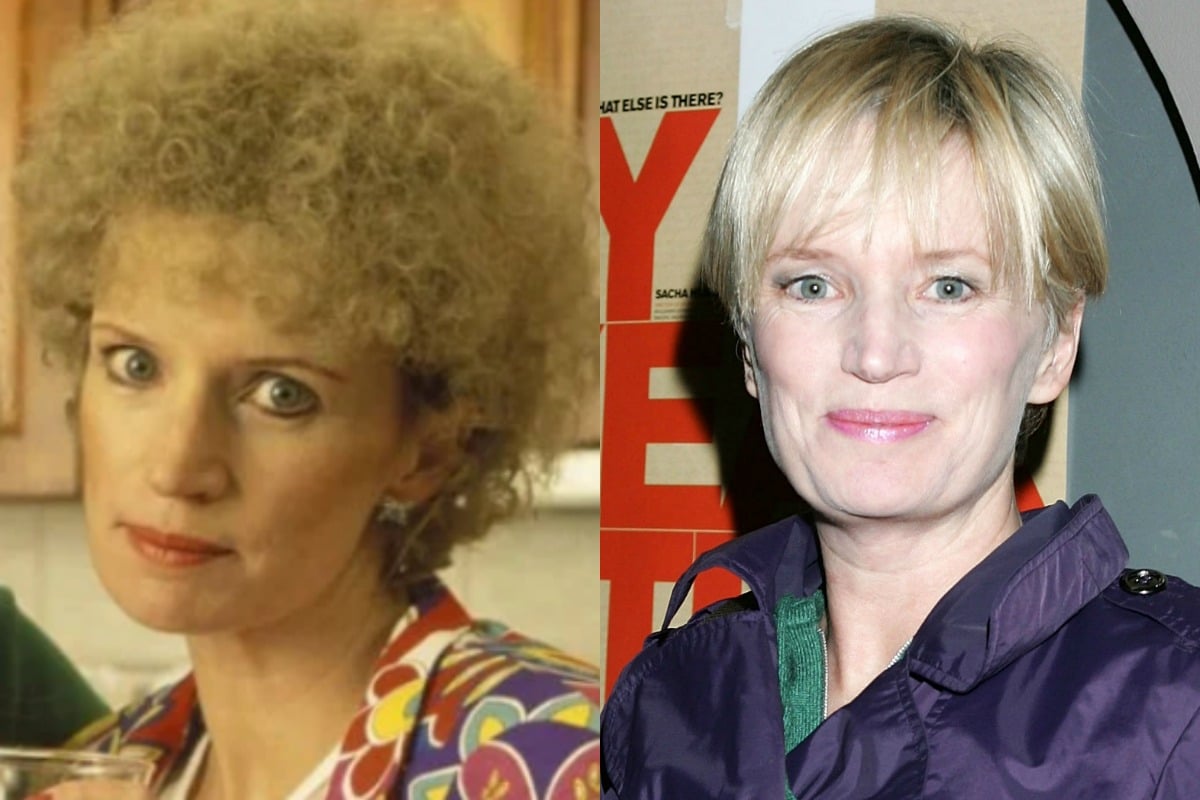 Jane Turner played the one and only Kath Day-Knight, who gifted us iconic one-liners like "Look at me. Look at moiye, ploise, Kim" and "Kim! Bite your tongue or I'll come over there and bite it for you!".

After the show, Turner continued working as a representative for the United Nations, where she travelled to refugee camps and supported charities in Africa.

In 2015 she returned to our screens for the Aussie sketch show Open Slather as well as 2018 TV series Rake, where she played Senator Penny Evans.

While her character on Rake was very different from Kath, Turner said there were times her old character would slip out on set.

"There were moments where I'd go, 'Oh, my God!' when I was filming, and the director would say, 'Kath's creeping in!'" she told TV Week. "It's quite hard not to go back there."

Outside of TV, the 60-year-old also performed in the 2010 Australian play, Holding the Man.

She also shares three children with her husband, John Denton, the youngest of which, Anna, works as a model. 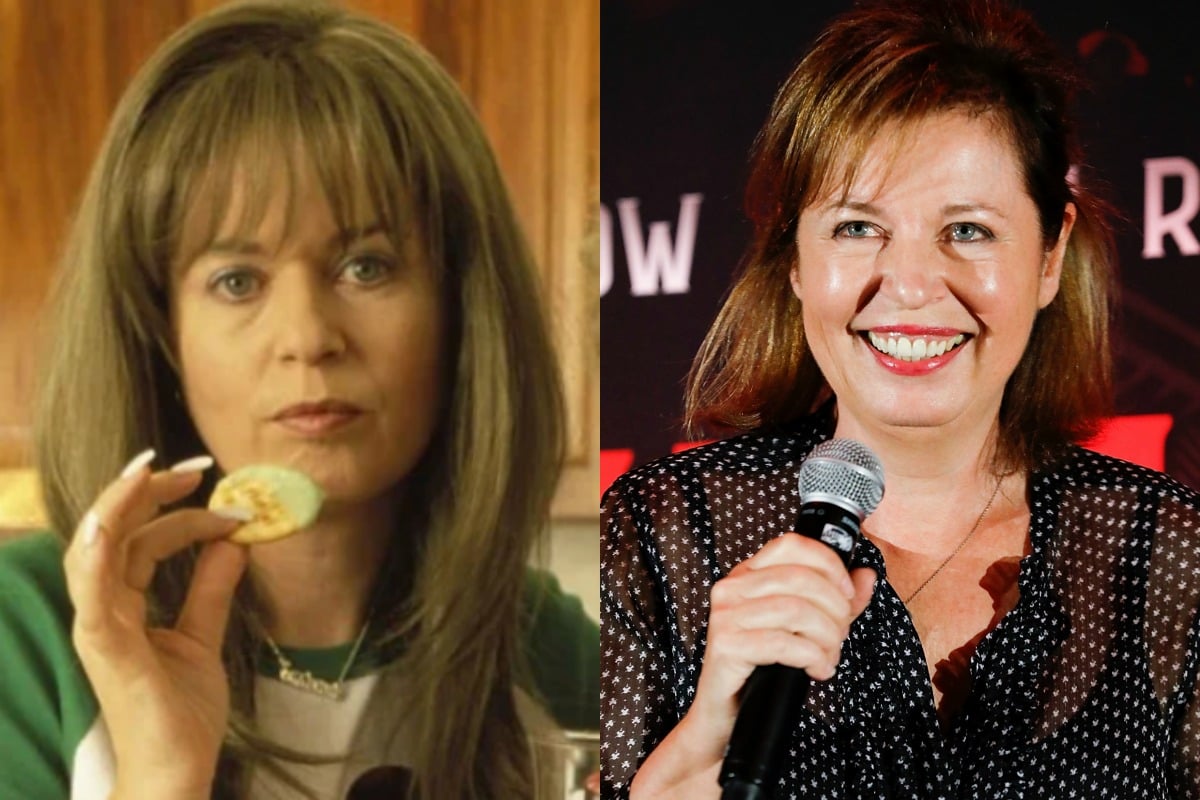 Gina Riley has kept herself busy after playing Kim Craig on Kath & Kim. Like her on-screen mum, she appeared in TV series Open Slather, as well as The Beautiful Lie and Please Like Me.

She's also made a name for herself in the theatre, landing roles in plays Northwest, An Ideal Husband and Sweeney Todd last year.

In 2013, she announced she had been diagnosed with breast cancer. But thankfully it was detected early and she made a full recovery.

These days, the 59-year-old lives a relatively private life away from the spotlight, with her husband Rick McKenna and daughter Maggie McKenna, who's also an actress.

"As I get older, I really don’t want to be a public person, which sounds ridiculous with what I do," she told Domain Review in 2018.

Maggie recently shared a photo of herself with her parents on Instagram over Christmas. 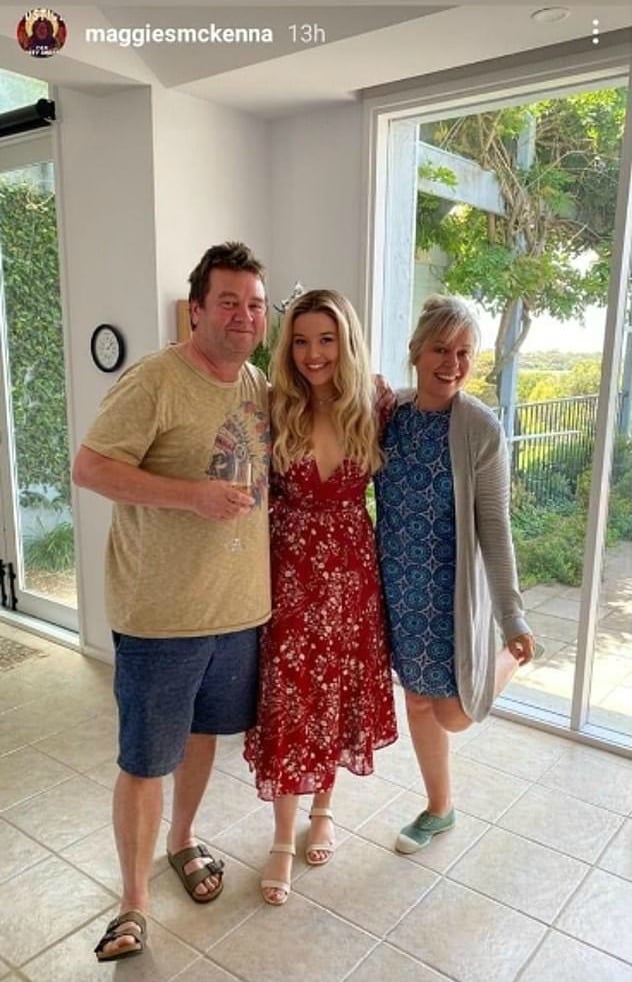 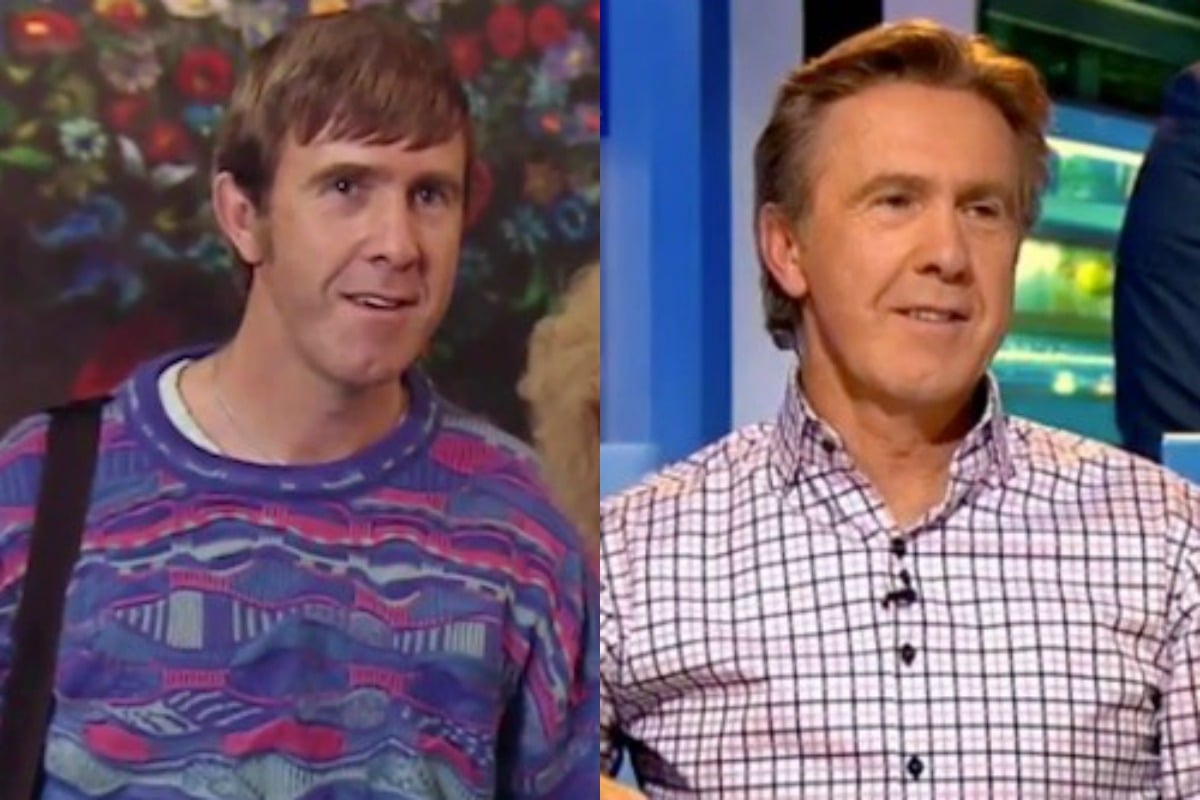 Glenn Robbins has continued to make us laugh after playing Kel Knight on the Kath & Kim. The comedian and actor has appeared in shows Have You Been Paying Attention?, The Living Room, True Story with Hamish and Andy and of course, his popular mockumentary series Russell Coight's All Aussie Adventures.

Earlier this year, Robbins told Hit FM's Hughesy & Ed that he turned down the role of Fat Amy's father in the 2017 film Pitch Perfect 3.

The role ended up going to John Lithgow but the 63-year-old said he had no regrets.

"You've got to go in with passion," he added.

Robbins, who lives in Melbourne with his wife Selena, also hosts his own podcast, Somehow Related with Dave O'Neil & Glenn Robbins. 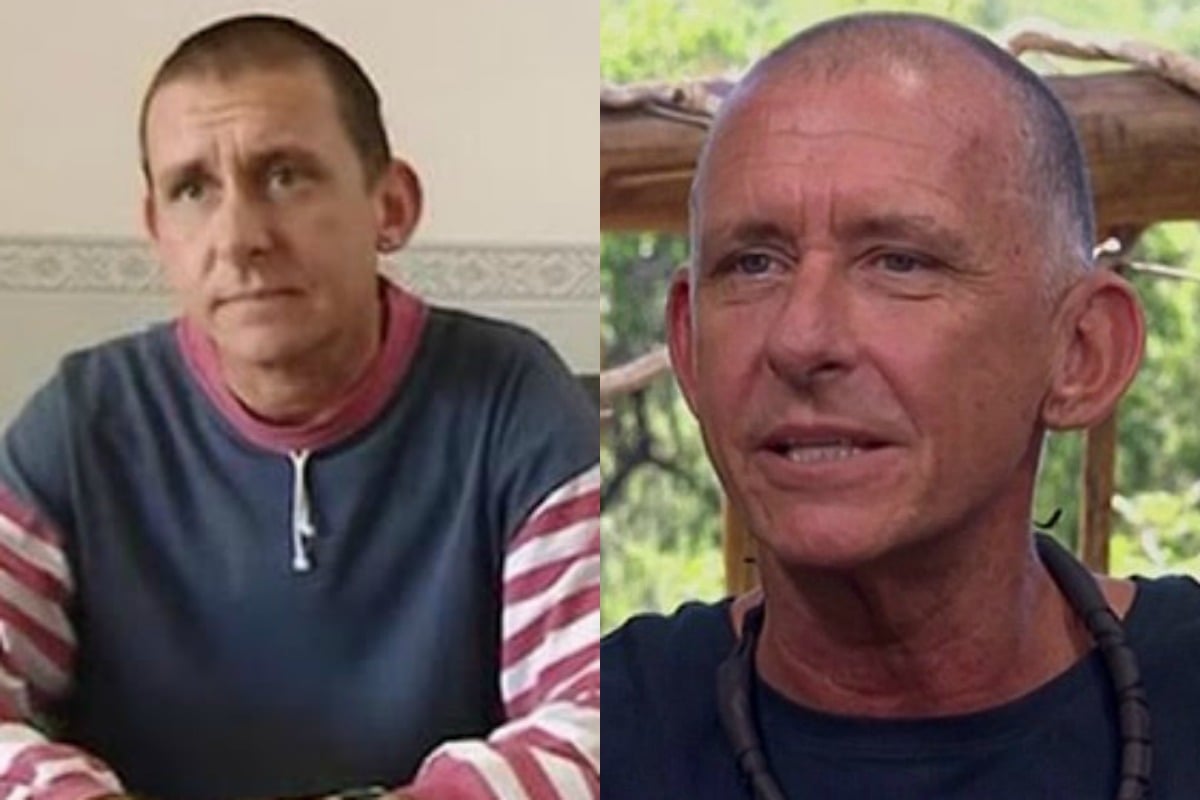 Peter Rowsthorn played Kim's unfaithful husband Brett Craig. The pair had a dysfunctional marriage and went on to have a daughter named Epponnee-Rae Craig in the show (later played by Kylie Minogue).

In real life, the actor and comedian is married to his wife Gabrielle Rowsthorn, who he shares four kids with.

Since Kath & Kim, Rowsthorn has continued to grace our screens on TV series Talkin' 'Bout Your Generation, Hughes, We Have a Problem and I'm a Celebrity, Get Me Out of Here!, where he lasted five and a half weeks living in the South African jungle.

"I’ve had a good time. I’ve met great people, I’ve done some amazing things I would never have done. It had its hard moments but it was a really amazing opportunity," he told the publication. 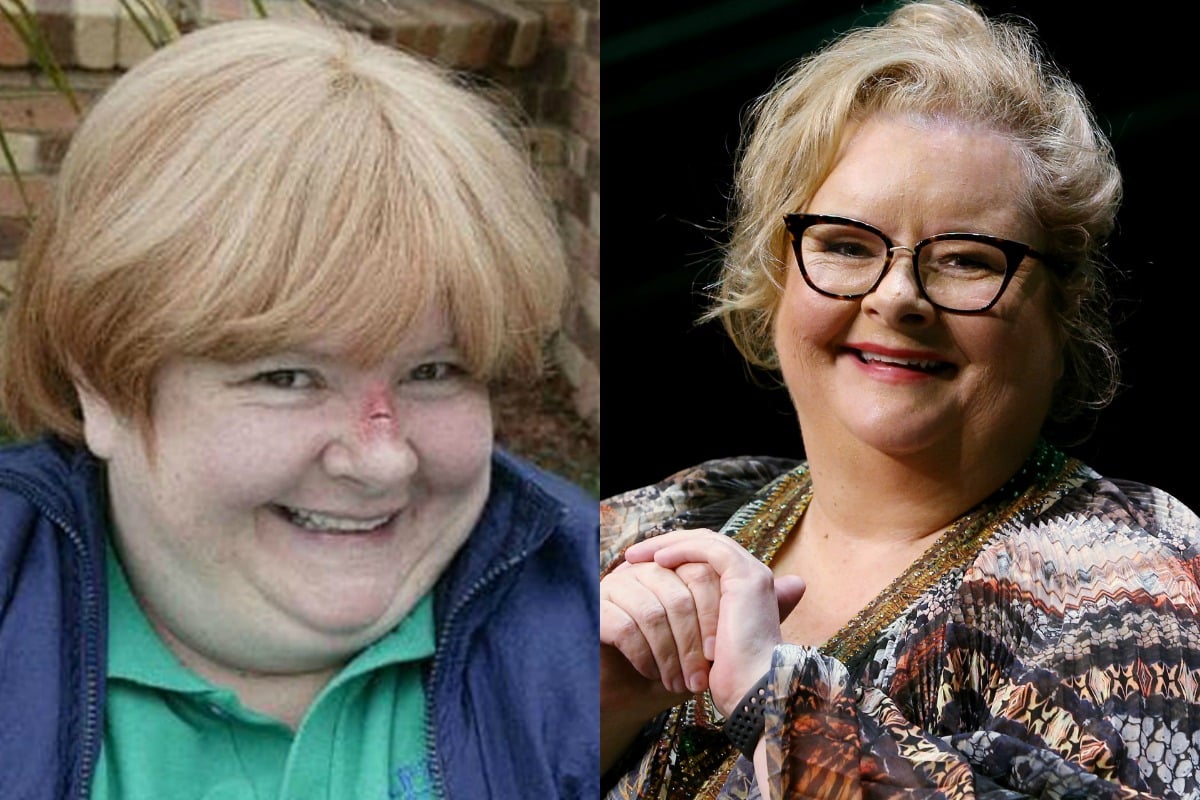 After playing Kim's "second best friend" Sharon Strzelecki, Magda Szubanski has continued to make a name for herself, appearing  in TV series Open Slather, Sisters, Neighbours and in the 2019 film Ride Like A Girl. She also lent her voice to films Babe, Happy Feet and 100% Wolf.

Most recently, the 59-year-old reprised her role of Sharon in an Uber Eats commercial and a Victorian government COVID-19 TV ad campaign.

Outside of acting, Szubanski is a vocal gay rights activist. In 2012, she came out on national TV while pushing to legalise same-sex marriage. She also played a significant role in advocating for the 'yes' vote in the 2017 same-sex marriage law postal survey.

In 2019, she was made an Officer of the Order of Australia for her work as an actor, comedian, writer and campaigner for marriage equality.

"To be acknowledged in this way, it's absolutely one of the highlights of my life," she said.

"I just really wish my parents were here, it would mean so much to them."

Who was your favourite character from Kath & Kim? Let us know in the comments below.

Reply
Upvote
I would love to see Kath and Kim back on TV.Jane Turner is a comedy genius
D
denisejoharieholder a year ago