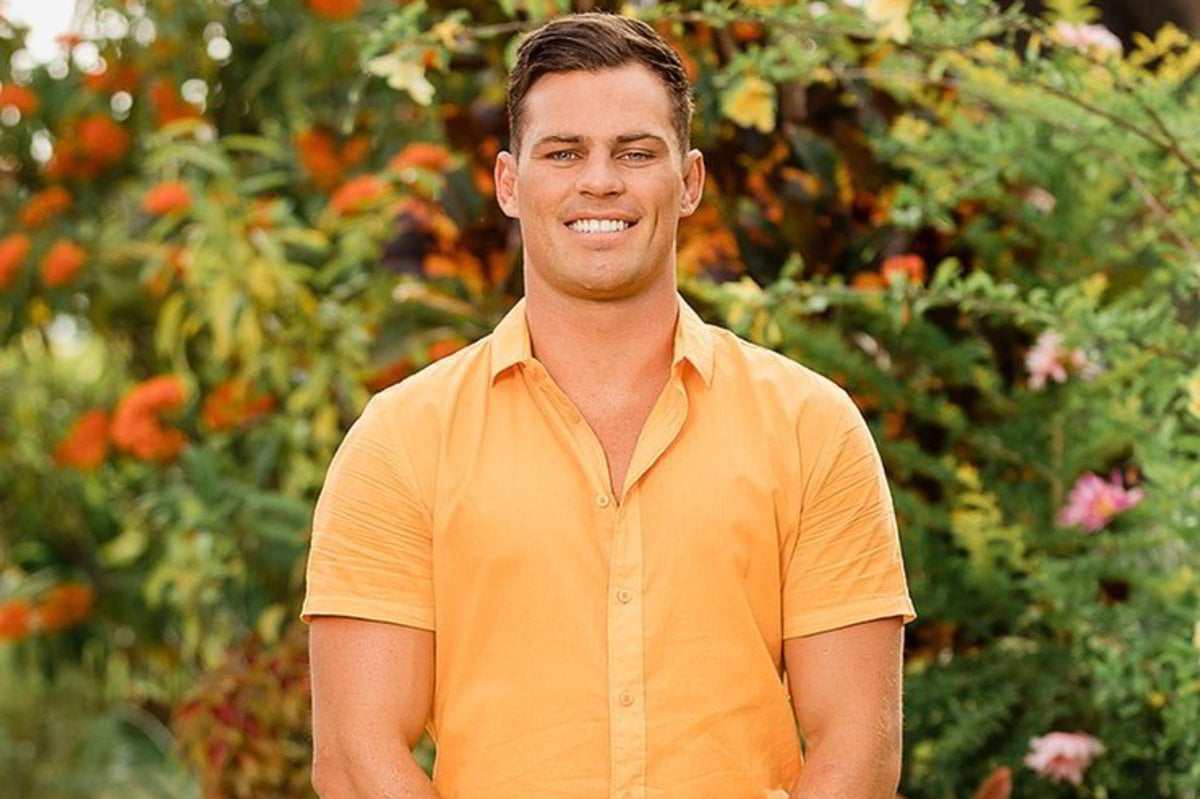 1. Oh. Jackson Garlick has addressed the rumours he dated a Bachelor in Paradise producer.

Jackson Garlick has finally cleared up those Bachelor in Paradise producer rumours. And yes, we are listening.

Speaking to the Jimmy & Nath Show on Hit Hobart on Tuesday, the 26-year-old said the rumour he hooked up with a female producer on set was exactly that – a rumour.

"This producer thing! It's been dropped on me and there's no truth to it whatsoever," he said laughing.

Jackson also said there were actually very few women working on the set.

"Most of the producers on the show are blokes. Unless I've had a change of heart with my sexuality!" he added.

The rumours all started when Woman's Day claimed that Jackson left Paradise with one of the show's producers.

"She [the producer] had her eyes on a lot of the boys but she ended up hooking up with Jackson," an inside source supposedly told the publication.

"They were seeing each other quite a bit after the show – they definitely gave it a red-hot go."

So there we have it, another Bachie rumour put to bed.

Listen to The Spill, Mamamia's daily entertainment podcast. In this episode, Kee Reece and Laura Brodnik unpack the job cuts announced by Channel 10 and what that means for the landscape of the Australian media. Post continues below.

2. Locky Gilbert's ex-girlfriend has claimed he signed up for The Bachelor "for publicity".

Locky Gilbert will be returning to our screens when The Bachelor kicks off tonight. But according to his ex-girlfriend and Love Island star Jordan Cayless, he might not be on the show for the right reasons. ﻿

In an interview with New Idea, Jordan explained that she doesn't think Locky will end up settling down after the show.

"I don’t believe it. Obviously you have genuine feelings and you’re in a bubble on the show, but no, I don’t think he will end up married with kids with this person on The Bachelor," she told the publication.

Jordan, who dated Locky for three years, also claimed that the former Australian Survivor star only went on the show for publicity and to "lift up his business in Bali".

"I saw the ad where he says, 'I’m the type of guy to get down on one knee' and I thought, Yeah, you will – for the publicity and the ratings!" she said.

In a statement to the magazine, Locky explained that he had made a mistake in the past and has since learnt from the experience.

"Unfortunately, I made a mistake on a trip away that deeply hurt Jordan and our relationship," he told the publication.

"That was over a year ago and I’ve learnt a lot from it. The love I have for my chosen lady is something I’ve never felt before. It’s funny how things work out – it’s taken both of us to go on separate reality TV shows to find our happily ever after. I wish her all the best."

The Bachelor starts at 7.30pm tonight on Channel 10.

3. "Your support means the world to us." Bindi Irwin and Chandler Powell are expecting a baby.

In March, Bindi Irwin married her long-term boyfriend, Chandler Powell. Now, four months later, the newlyweds have announced that they are expecting a baby!

"Chandler and I are proud to announce that we’re expecting! It’s an honour to share this special moment in our lives with you. Though I’m still in my first trimester, we really want you to be part of our journey from the beginning of this new life chapter.

"We couldn’t wait to share the news as this beautiful little being has become the most important part of our lives. Your support means the world to us. Please let me know your best advice and send good vibes and prayers to our little sweetheart. Love and light."

The couple shared the news alongside a photo of them both holding a tiny Australia Zoo shirt.

While Chandler wrote, "We’re going to be parents! We have a baby Wildlife Warrior on the way coming in 2021. Becoming a dad is the highlight of my life. I cannot wait to embark on this new adventure and life chapter with my gorgeous wife, @bindisueirwin. Bee, you’re going to be the most amazing mother."

4. Apparently Ed Sheeran and his wife Cherry Seaborn are expecting their first child together.

Something is clearly in the air.

Musician Ed Sheeran and his wife Cherry Seaborn are reportedly expecting their first child together as well.

According to The Sun, Sheeran and his wife are weeks away from expecting their first child together. And thanks ﻿to COVID-19, they've been able to keep the whole pregnancy under wraps.

"Ed and Cherry are over the moon," a source told the publication. "They’re very excited, but have kept things very low key."

"Lockdown was a perfect excuse not to be seen out and about too much, but things are getting closer and the excitement has been building so they have started telling friends and family."

Ed Sheeran is known to be notoriously private about his personal life, so keeping the pregnancy of his first child hush-hush is no surprise.

But we do hope there will be a photo (or two) when they arrive.

5. All the clues you may have missed in episode two of The Masked Singer Australia 2020.

Honestly, did we ever imagine we'd get here? Watching a cactus with breasts sing No Doubt on an average Tuesday evening? It truly is a bizarre time.

Last night we de-masked Hammerhead as cricketer Michael Bevan and precisely none of us saw that coming. It's not everyday you learn an Australian cricketing legend can sing.

Five other costumes performed and to help you figure out who the heck Sloth/Wizard/Kitten/Cactus and Bushranger are, we've collated all of the clues you might've missed in Tuesday's show.

Sloth chose her costume not because she's slow moving, but because she slides "from one project to the next without anyone seeing me move".

Like her costume, Sloth has a colourful past and a "very colourful family". While she says this, two clowns dance(?) and eat fairy floss in the background. It also looks like they're playing a game of bowling. 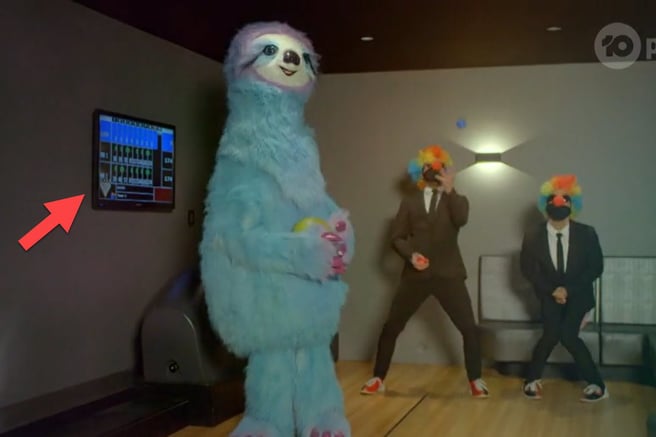 Sloth loves the sunshine and surrounds herself with it every day.

Sloth is "conservative in many ways but experimental at the same time".

Her biggest performance was on the sporting stage. As she says this, men wearing slogans 'wealth is health' and 'common as muck' compete in a... walking race. Jackie O may have hit the nail on the head when she merged the two together into 'commonwealth'.

"Accurate timing was essential," Sloth says. "I couldn't afford to make a mistake. And you make no mistake either, I'll hit the ground running tonight."

Sloth sings Lizzo's 'Good As Hell' and not going to lie, we dig it. The pastel-coloured sloth at a beauty parlour aesthetic was fabulous.

Jackie O asks Sloth if she's a Queenslander, to which Sloth replies: "I will tell you this, sunshine doesn't just come from the sun".

For more clues you may have missed in episode two of The Masked Singer, read our earlier article here.