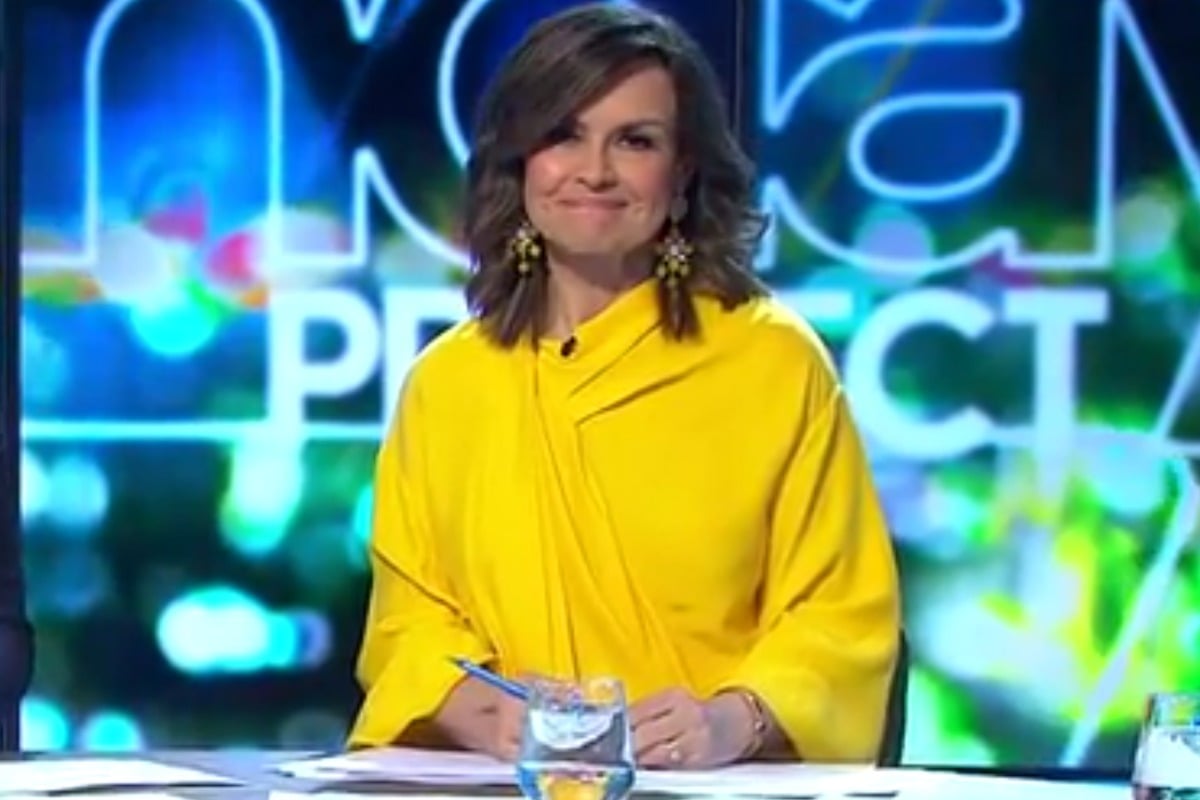 “Do you believe that homosexuals go to hell?”

The head of the Australian Christian Lobby seemed to almost squirm uncomfortably as the question – posed by Lisa Wilkinson – hung in the air on The Sunday Project last night.

And his answer, long-winded as it was, was as evasive as expected.

Martin Iles, whose organisation is backing a crowdfunding push that has raised nearly $700,000 for disgraced Wallabies player Israel Folau’s legal proceedings against Rugby Australia, declined to give a straight answer about whether he agrees with Folau’s despicable Instagram post earlier this year.

The post, which read that “hell awaits” homosexuals, led to his sacking.

The 30-year-old had published select quotes from the Bible in the caption, writing: “Those that are living in Sin will end up in Hell unless you repent. Jesus Christ loves you and is giving you time to turn away from your sin and come to him”.

That post put him in “high-level” breach of RA’s professional players code of conduct, however it wasn’t the first time the rugby player expressed anti-gay sentiments on social media.

“HELL [is gods plan]” he wrote. “Unless they repent for their sins and turn to God.”

Tonight, when pressed about the comments, Iles seemingly supports in his campaign to aid Folau, the staunch Christian said that the “mainstream Christian belief on this is that all of us are born going to hell”.

He continued; “We’re all sinners and I don’t think it’s helpful to say that Israel Folau’s post targeted homosexuals — it didn’t,” he said.

“I was on the list. I think each of us were on the list. We’re all sinners. We will be judged by God and we will be found wanting. I think that’s something that some Australians find offensive.

“And that’s what Israel was saying when he was talking about salvation in Jesus Christ available to all, and millions of Australians believe that. So if we want to argue about that set of beliefs, we should actually argue about it.”

He concluded that he believes Folau has been unfairly treated in losing his position in the Wallabies.

“But I don’t think that the politically correct baseball bat should be wielded to do a guy out of a job, pull the rug out from under his feet, get rid of his salary, then drag his name through the mud in the media. That’s not the kind of society I think we should live in to deal with issues like this.”

The unsatisfying response prompted co-host Hamish Macdonald — who publicly came out as gay at the GQ Gentlemen’s Ball earlier this month —  to ask for clarity, “I’m not clear what you think. Do you think homosexuals go to hell or not?”

Iles said, “I don’t think it’s that simple. I think we decline the sacrifice of Jesus Christ on the cross, and will be judged”.

Folau was dropped on May 17 this year following the hate-filled post, with his $4 million Rugby Australia contract terminated.

“Rugby Australia did not choose to be in this situation, but Rugby Australia’s position remains that Israel, through his actions, left us with no choice but to pursue this course of action,” said Rugby Australia chief executive Raelene Castle at the time.

“When we say rugby is a game for all, we mean it. People need to feel safe and welcomed in our game regardless of their gender, race, background, religion, or sexuality.”

Despite this, Folau has since launched legal proceedings with the Fair Work Commission, stating his religious freedoms were breached, along with that particular clause in his contract.

But to pay for his legal fees, he’s crowdsourcing them through GoFundMe, and it’s working. Three days into his campaign, the ‘Israel Folau Legal Action Fund’ is still trending, with 8,402 (and rising) people donating to the cause.

However, according to GoFundMe’s Terms and Conditions, the page seems to be in definite breach of their policies.

Mr Folau signed a contract.Mr Folau could say whatever he liked from his pulpit,but as soon as he went on social media he voided a clause in his contract and was dismissed.simple

Do non-Christians believe that hell is an actual place that actually exists?

If no, then why all the uproar?

Either you're being deliberately obtuse or you're just plain dim.

A
AllyCat 3 years ago

It’s the context in which it’s said. Hell represents a place of eternal pain and punishment. This is splitting hairs.

This has been my point from the beginning of this farce.

It's amazing that anyone in the 21st century believes a place like hell actually exists.......