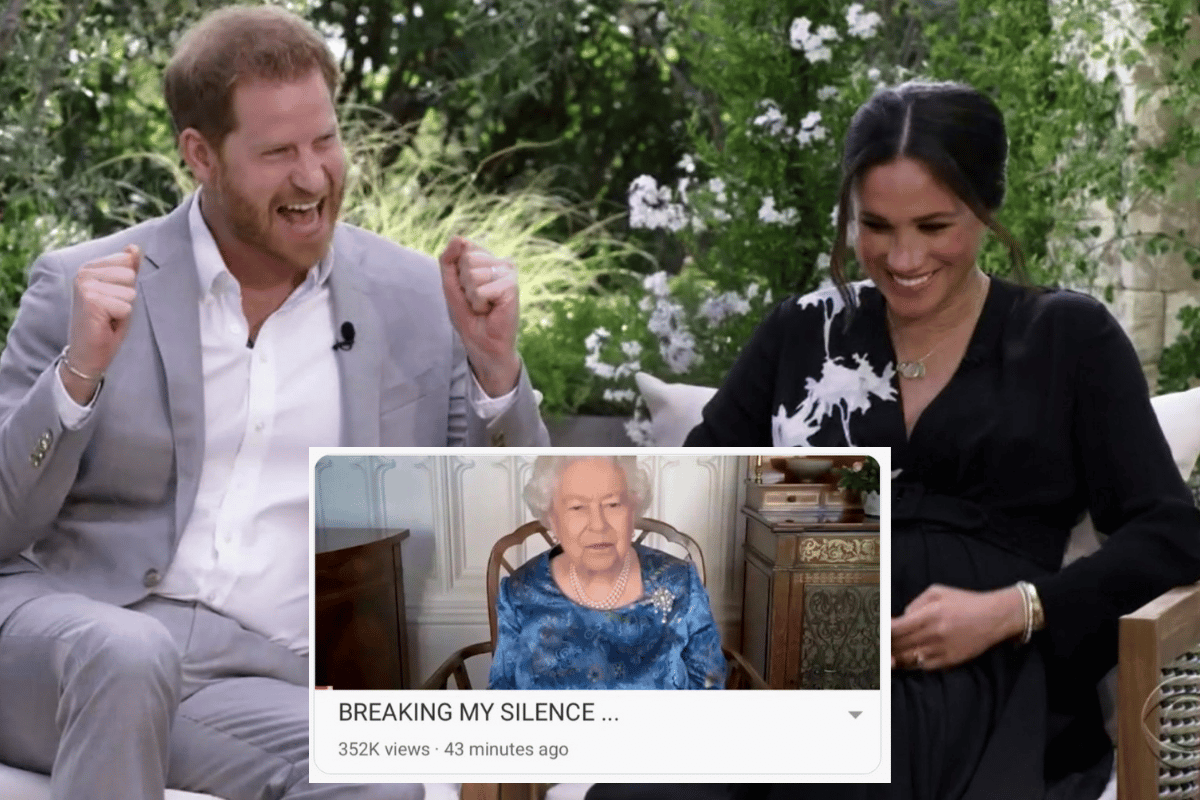 It's been three days since Oprah Winfrey's tell-all interview with Prince Harry and Meghan Markle aired in the US. And it's honesty all we can think about.

The two-hour special, which aired on Australian televisions on Monday night - was full of bombshells including why the couple stepped away from their royal duties, Harry's relationship with his father, alleged racism within the royal family and Meghan's struggles with mental health.

Ever since its release, the world has been left with some pretty strong feelings. So, many of us have dealt with them the only way we knew how; we aired them out on social media.

And amongst those early reaction tweets and posts of support, some truly hilarious memes were born.

So we decided to round up all the best ones for you.

Writers and producers of The Crown watching this interview like #HarryandMeghanonOprah pic.twitter.com/yvCgQpVlFx

“hi guys, lotta rumours on the timeline tonight so i just wanted to go live to share some truths” pic.twitter.com/eS3WLKDIYT

Prince George and Princess Charlotte after the monarchy is abolished. pic.twitter.com/W8s984Ensq

Unbelievable that this Prince Andrew interview was 85 years ago. pic.twitter.com/hQWeqPmK4R

The Royal Family trying to figure out who Meghan and Harry we talking about. #meganandharry #MeghanMarkle #OprahMeghanHarry pic.twitter.com/juAUeNhqCD

He could have never left without the money Diana left. #HarryandMeghanonOprah pic.twitter.com/QfVdMdOGOO

I really hope Meghan and Prince Harry name their daughter Diana so I can watch the monarchy collapse in real time. #OprahMeghanHarry pic.twitter.com/Aylt8plXIm

Hold on Queenie, Harry has got a point... #HarryandMeghan pic.twitter.com/rYoVF5q9yt

Me on my way to guard baby Archie, Meghan, and Harry. #HarryandMeghanonOprah pic.twitter.com/Pmx2KrCBVw

the royal family after Harry and Meghan’s interview- pic.twitter.com/G7XCbLqr0S

How I imagine Meghan Markle and Prince Harry celebrating the departure of Piers Morgan from GMB.
Goodbye, and good riddance. pic.twitter.com/Rq6yBiAqWg

Reply
Upvote
1 upvotes
Somewhat ironical that this interview has reduced the Queen and Prince Phillip to twitter memes, after Harry declared his respect for his grandparents and Meghan talked about friendly and  welcoming the Queen  was.   It is rather sad that a 94 year old woman has her legacy trashed by a petulant grandson and his wife.