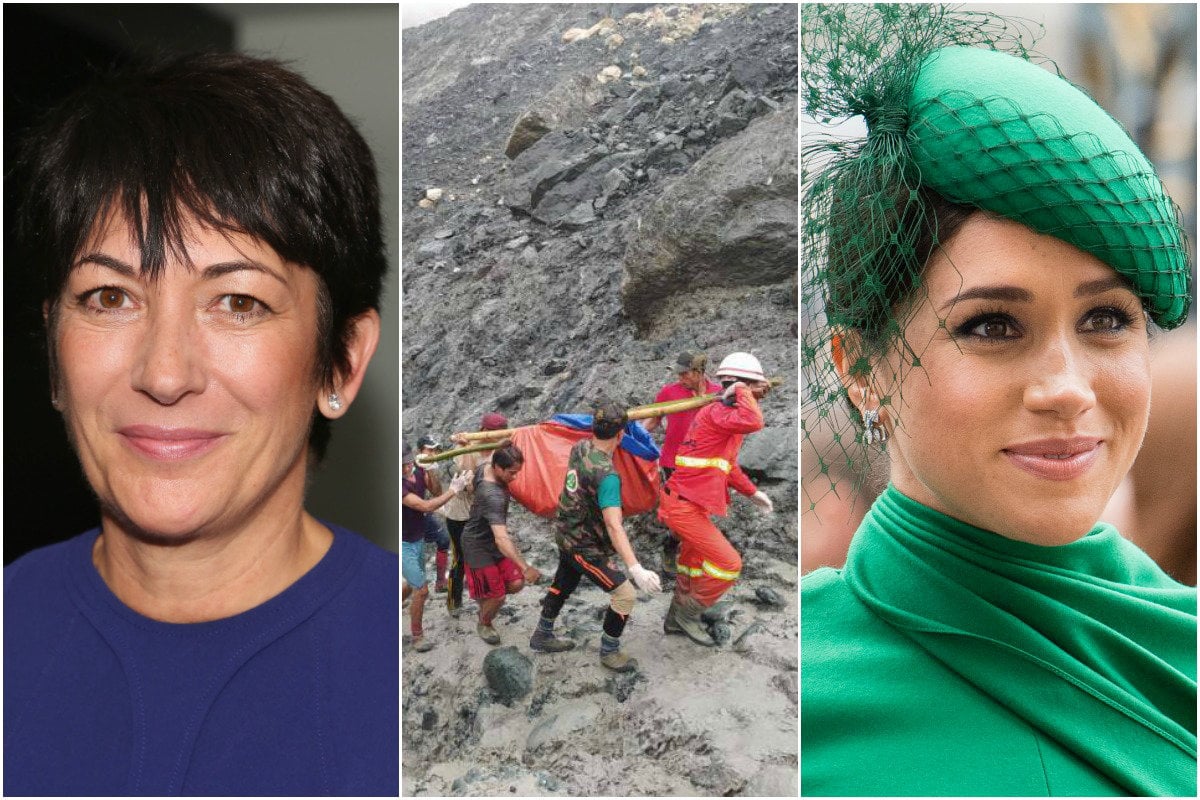 Ghislaine Maxwell, the former girlfriend and long-time associate of the late accused sex offender Jeffrey Epstein, has been arrested by the FBI on charges she helped procure underage sex partners for the financier.

An indictment made public on Thursday said Maxwell, who lived for years with Epstein and was his frequent travel companion on trips around the world, facilitated Epstein's crimes by "helping Epstein to recruit, groom and ultimately abuse" girls as young as 14.

It also said she participated in the sexual abuse.

Epstein, 66, was awaiting trial on charges of trafficking minors when he died in August 2019 in a New York City federal prison.

Maxwell has, for years, been accused by many women of recruiting them to give Epstein massages, during which they were pressured into sex.

Those accusations, until now, never resulted in criminal charges.

Maxwell, 58, was arrested in New Hampshire, where the FBI said it had been keeping tabs on her.

"More recently we learned she had slithered away to a gorgeous property in New Hampshire, continuing to live a life of privilege while her victims live with the trauma inflicted upon them years ago," William Sweeney, assistant director in charge of the FBI's New York office, said at a news conference.

She has previously repeatedly denied wrongdoing and called some of the claims against her "absolute rubbish".

Meghan, the Duchess of Sussex, felt "unprotected by the institution" of Britain's monarchy and was "prohibited from defending herself" against negative media coverage when she was pregnant, UK news outlets agency have reported, citing court documents.

The documents, reviewed by the Press Association and the BBC, were prepared as part of Meghan's lawsuit against the publisher of the Mail on Sunday newspaper and MailOnline website, over articles that reproduced parts of a letter the duchess wrote to her father a few months after her 2018 wedding to Prince Harry. 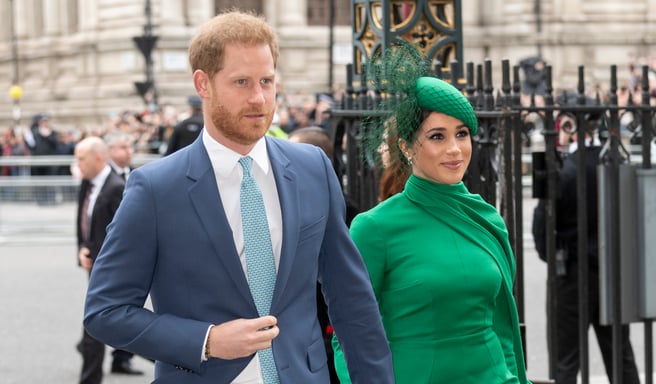 According to court documents, Meghan felt unprotected by the royals while being hounded by negative media coverage. Image: Mark Cuthbert/UK Press/Getty﻿

Meghan is seeking damages from the Mail on Sunday's publisher for alleged misuse of private information, breach of privacy, and copyright infringement.

In court papers reportedly filed after the publisher's lawyers requested further information, Meghan's lawyers described how her relationship with the British media had deteriorated by the time excerpts of the letter appeared in print and online in 2019.

"The claimant had become the subject of a large number of false and damaging articles by the UK tabloid media, specifically by the defendant, which caused tremendous emotional distress and damage to her mental health," they wrote.

Justice Jennifer Coate will have a broad scope as she looks into Victoria's disastrous hotel quarantine program.

Confirmation of the inquiry details comes amid claims of widespread problems with the quarantine program, which is now on hold for a fortnight.

There are allegations of under-trained staff, inadequate personal protective equipment, billing rorts by private security contractors, and even claims that some hotel guards slept with guests.

A $3 million inquiry has been launched into Melbourne's hotel quarantine debacle. #9Today pic.twitter.com/jVJgeJ5eG8

The probe follows the tracing of a big proportion of recent coronavirus cases in Victoria to breaches in hotels hosting returned travellers.

"It is abundantly clear that what has gone on here is completely unacceptable and we need to know exactly what has happened," Premier Daniel Andrews said.

The inquiry will probe decisions and actions by the government, hotel operators and private contractors, as well as the training of staff.

There are fears of a coronavirus outbreak in Sydney after a man travelled from Melbourne while infected with COVID-19. He went to work at Balmain @Woolworths before testing positive, forcing 50 of his colleagues into isolation. https://t.co/zko0nSVHqw #7NEWS pic.twitter.com/o9fwLibxwU

The Northern Territory recorded one case on Thursday, its first since early April. The case had links to the Melbourne outbreak.

The number of confirmed coronavirus cases per day in the US has climbed to an all-time high of more than 50,000, with the infection curve rising in 40 out of 50 states.

"I think we are going to be in a very difficult situation for at least a month," said Dr Mary Jo Trepka, an epidemiologist at Florida International University, in one of the hardest-hit states.

The surge has been blamed in part on people not wearing masks or following other social distancing rules as states lifted their lockdowns over the past few weeks.

The US recorded 50,700 new cases, according to a tally kept by Johns Hopkins University.

That represents a doubling of the daily total over the past month and is higher even than what the country witnessed during the most lethal phase of the crisis in April and May, when the New York metropolitan area was easily the worst hot spot.

All but 10 states are showing an increase in newly reported cases over the past 14 days, according to data compiled by the COVID Tracking Project, a volunteer organisation.

The outbreaks are most severe in Arizona, Texas and Florida, which together with California have re-closed or otherwise clamped back down on bars, restaurants and movie theatres over the past week.

Nebraska and South Dakota were the only states outside the northeast of the US with a downward trend in cases.

A landslide at a jade mine in northern Myanmar has killed at least 162 people, with more feared dead, authorities say, after a heap of mining waste collapsed into a lake and buried many workers under mud and water.

The miners were collecting stones in the jade-rich Hpakant area of Kachin state - the centre of Myanmar's secretive jade industry - when the "muddy wave" crashed onto them, after heavy rain, the fire service department said.

By late afternoon rescue workers had recovered 126 bodies, the department said, but more were missing.

Dramatic video shows the moment a landslide overtook a jade mine in Myanmar, killing more than 150 people in the incident according to officials. https://t.co/DPlOzYiHsf pic.twitter.com/He3ZdTatEC

"Other bodies are in the mud," Tar Lin Maung, a local official with the information ministry, told Reuters by phone. "The numbers are going to rise."

Deadly landslides and other accidents are common in the poorly regulated mines of Hpakant, which draw impoverished workers from across Myanmar in search of gems mostly for export to China.

Many of those killed are freelance "jade pickers" who scour tailings - the residue from mining - for gemstones overlooked by larger operators. One good piece of jade, worth tens of thousands of dollars, could transform their lives. 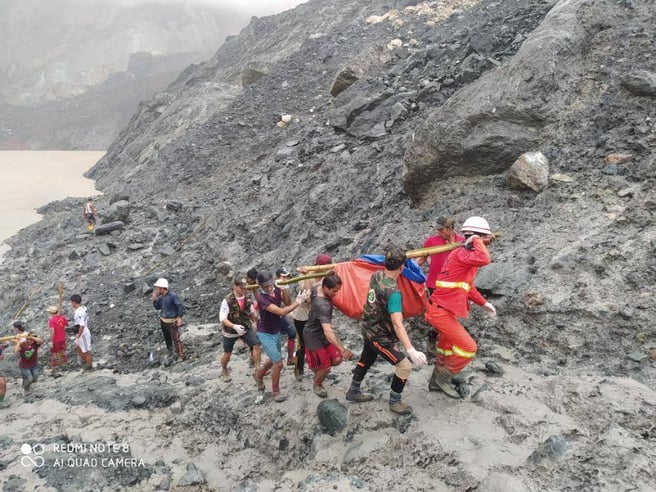 Bodies are carried out of the bottom of the mine, after a landslide killed more than 162 people. Image: Facebook/Myanmar Fire Services Department.

- The Australian terrorist convicted of the 2019 Christchurch mosque shootings, will be sentenced after a three-day court sitting beginning on August 24.

- A potential COVID-19 treatment which could stop healthy people being infected and speed up sick patient's recovery has been discovered in a Melbourne lab.

Reply
Upvote
The media keeps calling the Melbourne hotel quarantine failures "disastrous" - I feel that's a bit sensationalist. It's certainly concerning, but it hasn't yet got away from the Victorian government that I'd call it a "disaster" just yet.
G
guest2 2 years ago

Reply
Upvote
2 upvotes
@david I wonder if the thousands  of business owners affected by the new lockdown and the 4 patients in ICU would agree with your assessment?
G
gu3st 2 years ago

Reply
Upvote
1 upvotes
Ghislaine  Maxwell grew up in a hyper-wealthy family without morals, her father was a crook. It's good to see her crimes catching up with her.
R
rush 2 years ago

Reply
Upvote
@gu3st I wonder if she'll cut a deal with the FBI to rat out all the other big names involved?
L
laura__palmer 2 years ago

Reply
Upvote
1 upvotes
@rush I would like to see names released. Because these sleazy rich people have gotten away with it all for far too long
C
cat 2 years ago