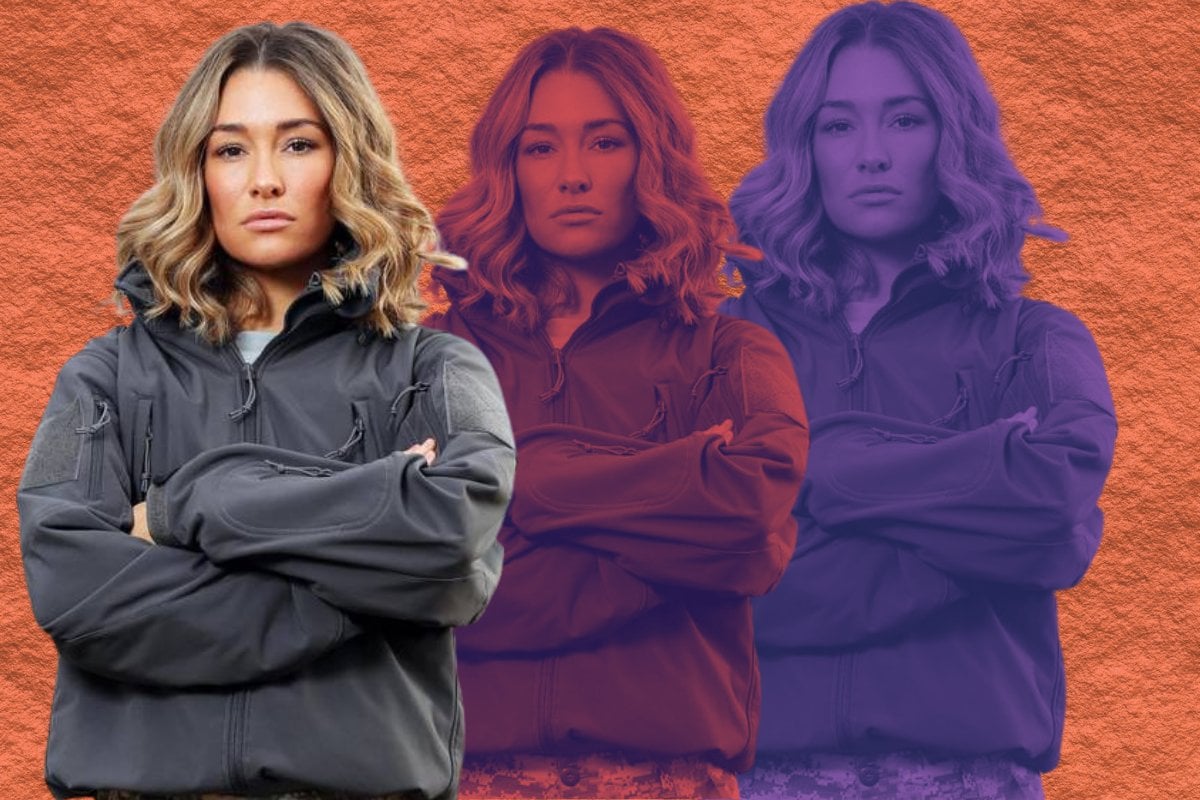 "I'm just so happy I made it through another day."

That is the answer Erin McNaught would give when the instructors on SAS Australia would ask her why, after hours of grueling physical and psychological challenges, she was still smiling.

The 38-year-old actress, model and TV presenter is one of the stars who signed up for Channel 7's boundary-pushing reality show, where celebrity 'recruits' are put through the Special Air Service selection process.

The filming process saw Erin and her fellow recruits be put through extreme physical endurance challenges, sleep deprivation and interrogation by an elite team of ex-Special Forces soldiers.

The experience was so intense that even though filming has now wrapped and Erin is back at home with her young family, she still bears the emotional and physical scars from SAS Australia.

"Just before the very first episode of SAS Australia aired I was watching the teaser trailer that came out on Instagram," Erin told Mamamia's entertainment podcast The Spill.

"We were having people around to watch the first episode and I was just cleaning the house vehemently and then I paused and just collapsed on the bathroom floor.

"I was sobbing like a little child because up until that point I was just so immersed in what an incredible experience it was to film the show, that I suppressed a lot of the trauma I went through.

"When you’re watching it on TV you get transported back to those moments, feeling everything you felt at the time.

Unlike other reality TV shows where contestants are only in danger of leaving with a broken heart or a slightly battered reputation, SAS Australia recruits are left recovering from intense physical injuries.

"Physically... I am getting there," Erin said when asked how she is recovering from filming. "I have some pretty bad bulging discs in my neck, which are really s**tty and causing me a lot of pain. I also tore a ligament in my sternoclavicular joint, which is where your sternum meets your collar bone. And I tore my subscapularis which is one of your rotator cuff muscles. So one of my arms was pretty useless for six weeks.

"It’s just such an intensive amount of physical activity in such a short amount of time. You’re up at 6am and from the moment you get up to the moment you crash into bed at 11pm when they turn the lights off, you’re on your feet being active."

In the opening scenes of the series, Erin and her fellow celebrity recruits were tasked with falling backwards from a helicopter into the water. A stunt she says left her "feeling like I'd been hit by a truck" and caused her to blackout while underneath the water, left her with two black eyes and blind in one eye for several hours. 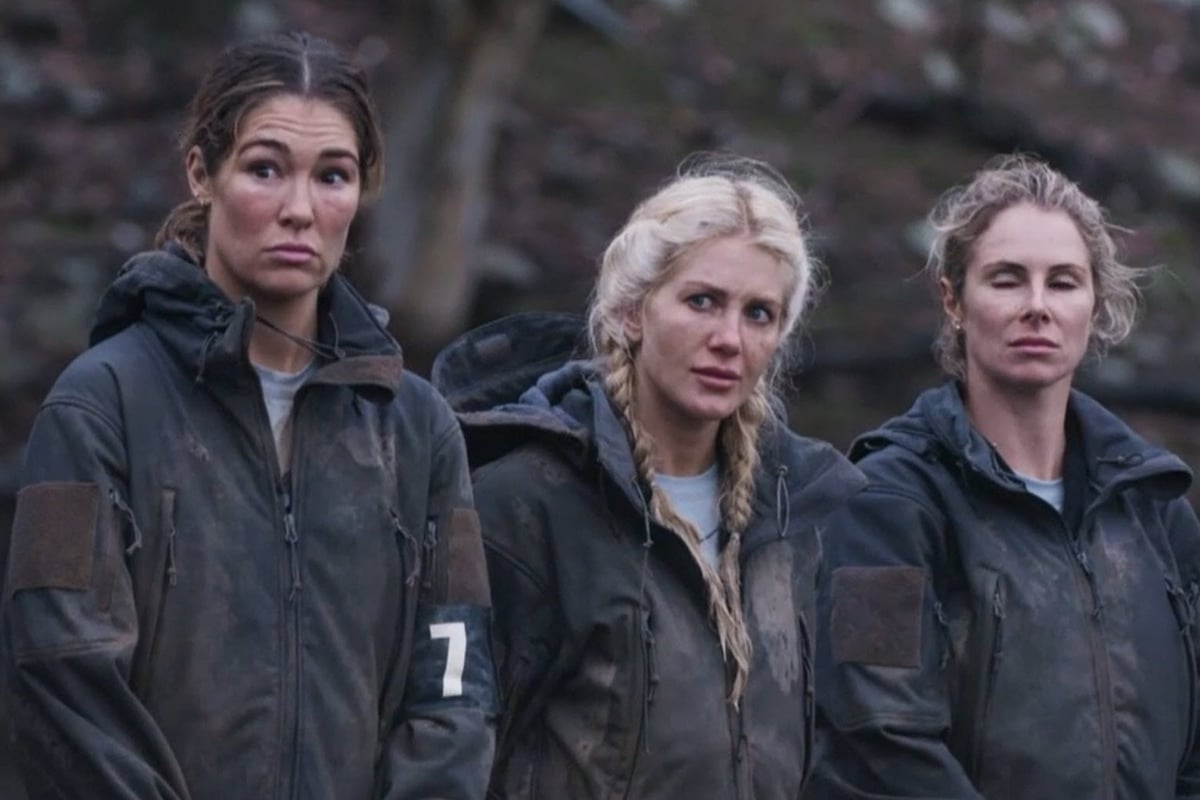 There was a risk to every challenge filmed for the show, but only one moment when Erin truly felt like her life was in danger.

"It was our second helicopter challenge of the series and there were three people in each helicopter," Erin told The Spill. "I was on the outside of the first helicopter and the wind was so crazy that the helicopter was just being thrown around the sky like a toy.

"We had to drop from the helicopter into freezing cold water, but every time we tried to go down the wind would catch the helicopter and throw it up further into the air.

"We were more than 500 metres up in the sky and (SAS chief instructor) Ant Middleton had gotten me to take my seatbelt off. Ant was just holding me by the jacket as I was hanging out of the helicopter. I just remember thinking 'I’m not ready to die yet, this is not how I wanted to go'. It was utterly terrifying, to the bone. I still get chills just thinking about it.

"And Merrick Watts, who has been up in choppers countless times before, said 'never in a million years would any pilot go up in this. This is too crazy'. He has spent some time with the Australian Army in East Timour. So he’s been in a military environment and he said no one would ever fly in this."

No, that’s not dirt. It’s bruising 😳 (The strip of unbruised flesh is where my sports bra was!) Apparently water is just as hard as concrete when your jump out of a helicopter goes wrong 🚁😂

Aside from the brutal challenges and near-death experiences, SAS Australia has also been making headlines thanks to a series of feuds that have broken out between the cast.

The friendship between Ironwoman Candice Warner and Sweaty Betty owner Roxy Jacenko has come to an end thanks to their time on the series, while actor Firass Dirani and fitness coach Shannan Ponton have also traded public insults.

"I feel like whatever is going on with the other recruits is their business," Erin said. "Even if we were all privy to a lot of it at the time.

"What we didn't realise at the time is that when Candice and Roxy were doing the boxing, Roxy was upset about the fact that Candice hit her. As far as we were concerned, that was the job. It was our task, and we had to do it.

"So I did feel really bad for Candice. She has lost a friend because of something that was not really her fault. She did what she had to do and Roxy refused to do what she had to do. I think it’s a bit unfair of her to now say the things she has said about Candice.

"In regards to Firass and Shannan, Shannan was very vocal in camp about his beliefs around Firass and his attitude," she continued. "I am always very much a peacekeeper and I don’t like confrontation, so for me to actually say something about Firass, that took a lot for me.

"But it just got to the point where we had to say to him 'your attitude is not changing'. He would come back to the accommodation, throw his wet clothes over a rack and then climb into his sleeping bag and have a two-hour nap.

"All while we were doing things in camp, like chopping up wood or cleaning the toilets. After that initial chat he did pull his weight a bit more, but he still never did it as part of the team.

"He was in there for his own personal experience, not to make friends or forge bonds, which we were all open to. He was there to prove something to himself.

"He’s now saying on his Instagram that he’s being edited to be the villain. But you can’t edit something you don’t say." 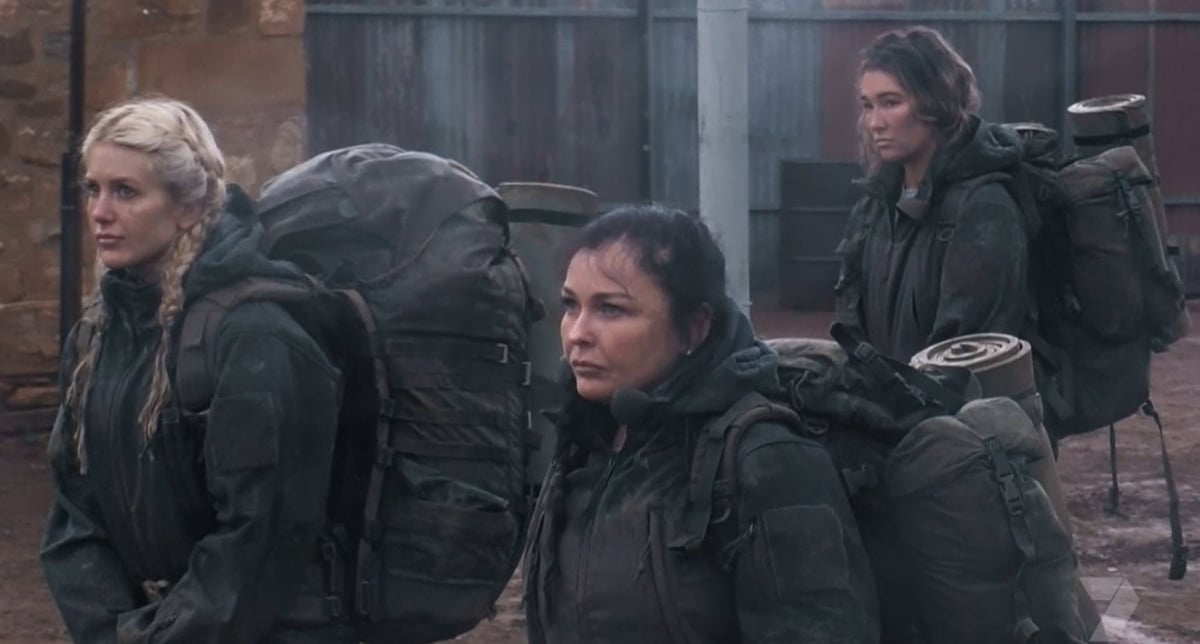 "It’s just such an intensive amount of physical activity in such a short amount of time." Image: Channel 7.

Though she may now be sporting some bruises and recovering from the emotional toll of filming SAS Australia, Erin said that seeing her family's reaction to the series has been the true reward.

Her husband, British musician Example, and their two young sons Evander and Ennio, are now convinced she's a true superhero.

"My three-year-old asked to watch the show the day after the first episode aired," Erin said. "He actually watched over half the episode and I started thinking 'errr, should I be letting him watch this?' But he was more intrigued to see what everyone was talking about, I don't think he fully understood it.

"My nearly six-year-old tells everyone that I’m the strongest mummy in the world.

"So now I also tell him 'it’s not just about being strong you have to be smart too and use your brain'. It’s just such a minefield. But he is so sweet about it, and my husband is as well. He’s always reminding them how strong mummy is and it’s all pretty cute."