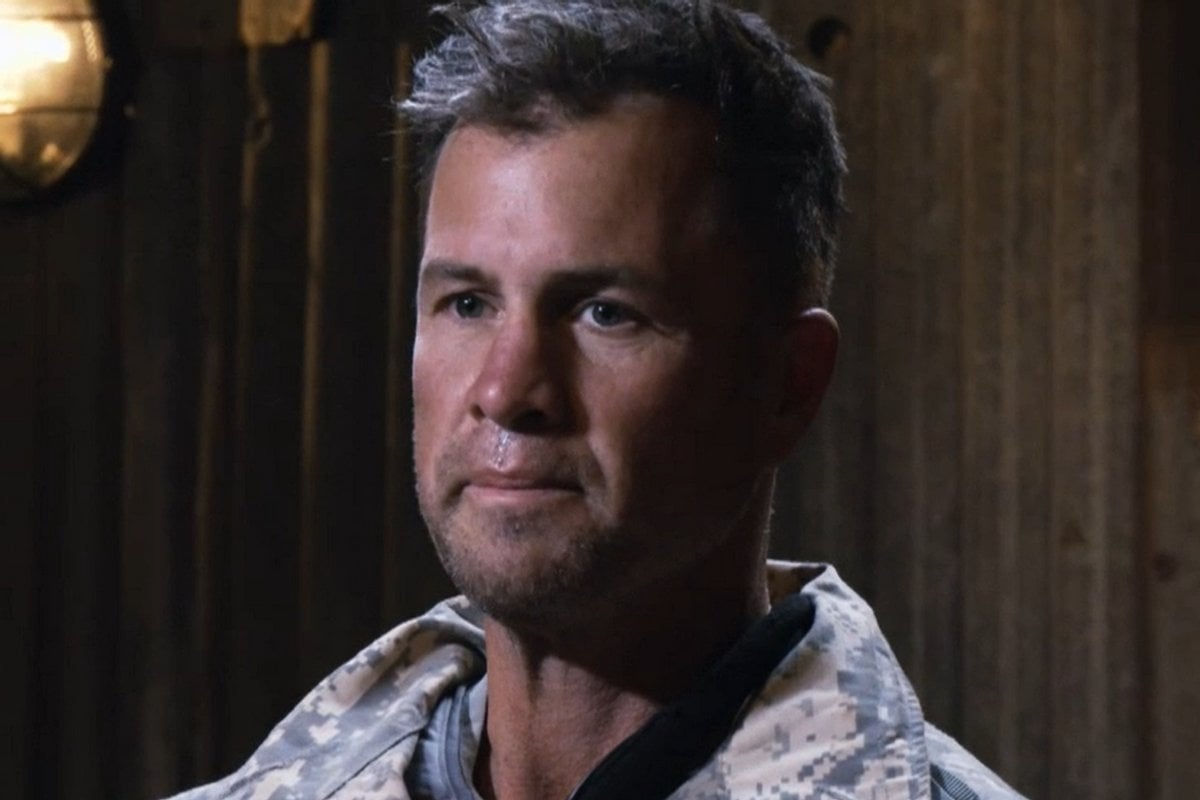 This show is just getting more and more intense.

We open on base camp where the celebrities have been cramped into tiny vehicles. 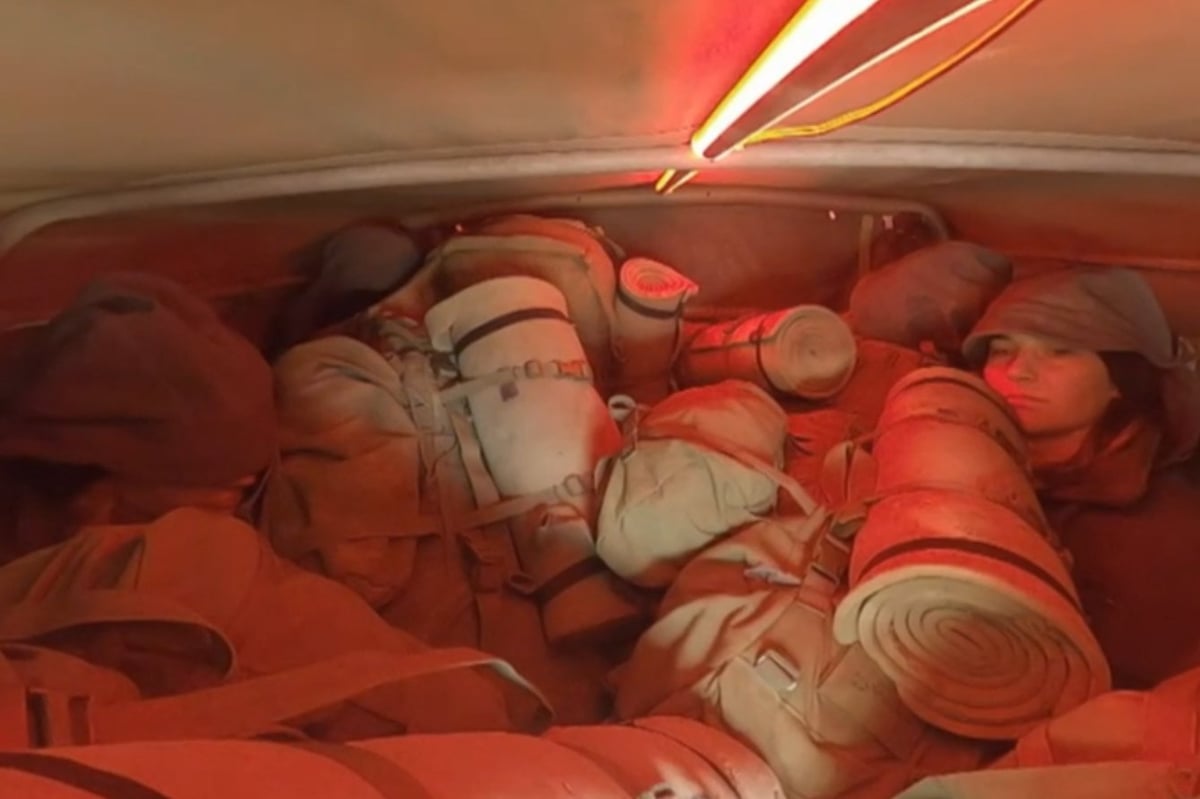 This looks... cosy. They're being transported to Lake Jindabyne, where they'll drop into the freezing cold water with their huge backpacks... from a moving helicopter.

For this challenge, the celebrities will be separated into two teams.

Since the angry British men clearly love a bit of gossip, they've put Firass (aka the best reality TV villain since The Bachelorette's Jamie Doran) and Shannan together on Team Alpha with Molly, Candice, and the Honey Badger.

BRING ON THE DRAMA, PLS.

As for the rest of the celebrities, Ali, Jackson, Erin, Merrick, Sabrina, and James are put together on Team Bravo.

As the challenge kicks off, most of the celebrities manage to successfully jump from the helicopter.

But when it's finally Ali's turn, she refuses to make the jump, leading her to be instantly eliminated from the competition.

"I just couldn't do it. I was so scared... the fear of getting cold again, jumping out," Ali tells Angry James Bond.

"It takes a unique individual to do the job we do. It's just not for some people. There's no shame in it," he responds. 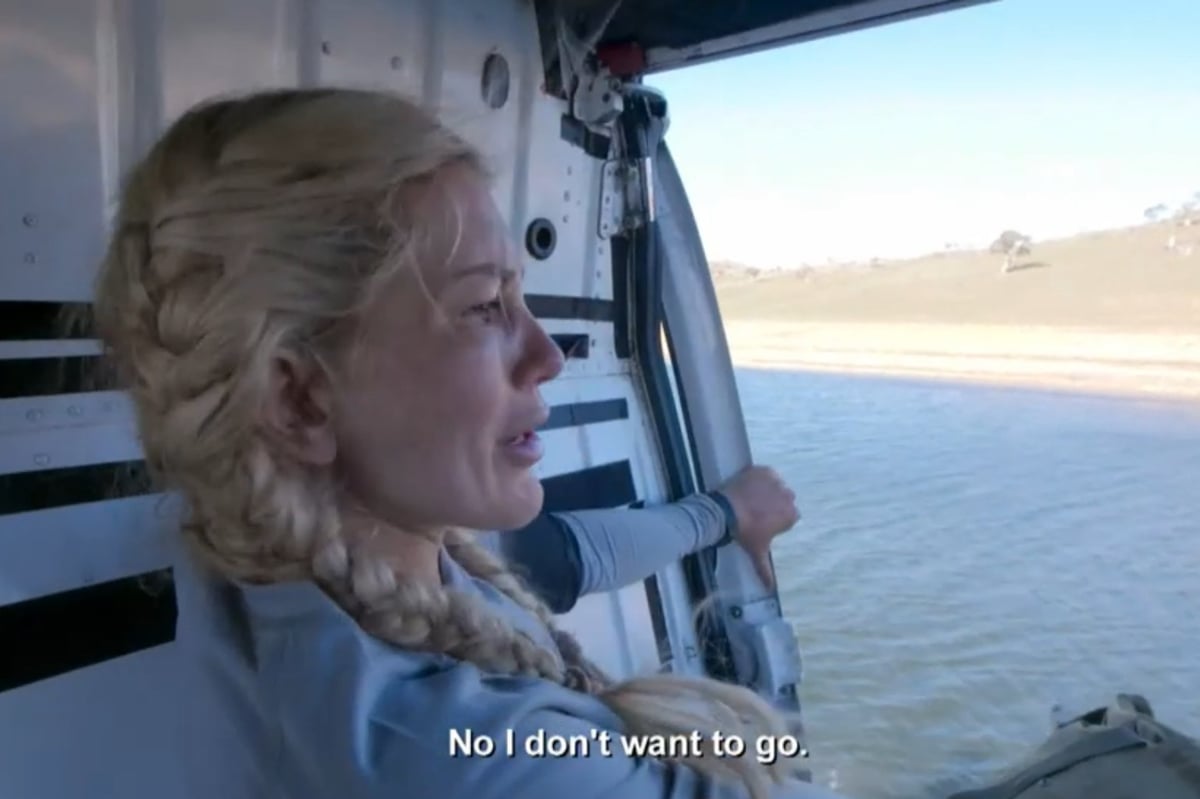 She takes off her armband and exits the show.

Meanwhile, the rest of the celebrities have made it out of the water. They're being forced to carry their heavy, wet backpacks to the top of a mountain and goodness. This is a lot.

As one of the oldest contestants on the show, Shannan is seriously... struggling.

He quietly groans in the background while Firass, Molly, Candice, and the Honey Badger slowly make it up the mountain.

After finally making it to the top, the celebrities get, erm, naked.

Shannan's so cold that Angry James Bond legitimately has to... dress him.

He's completely lost all sense of coordination, and it's weirdly uncomfortable for us all. 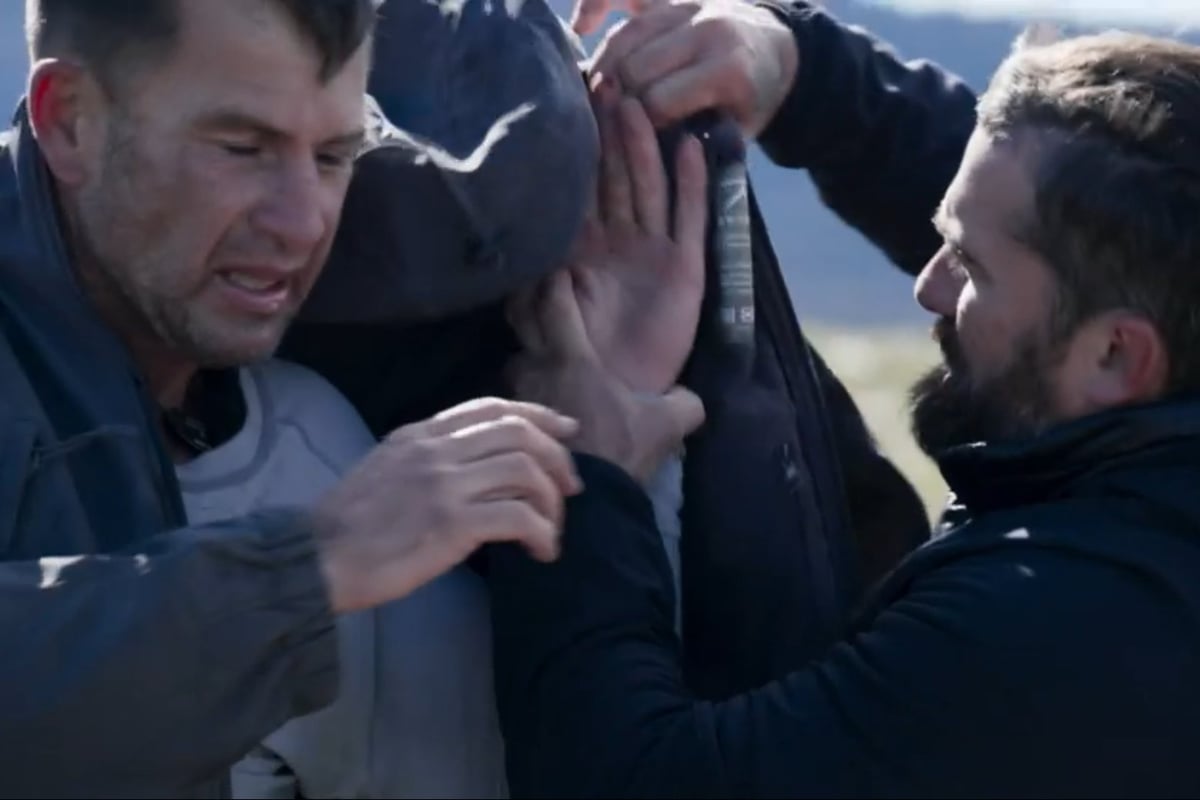 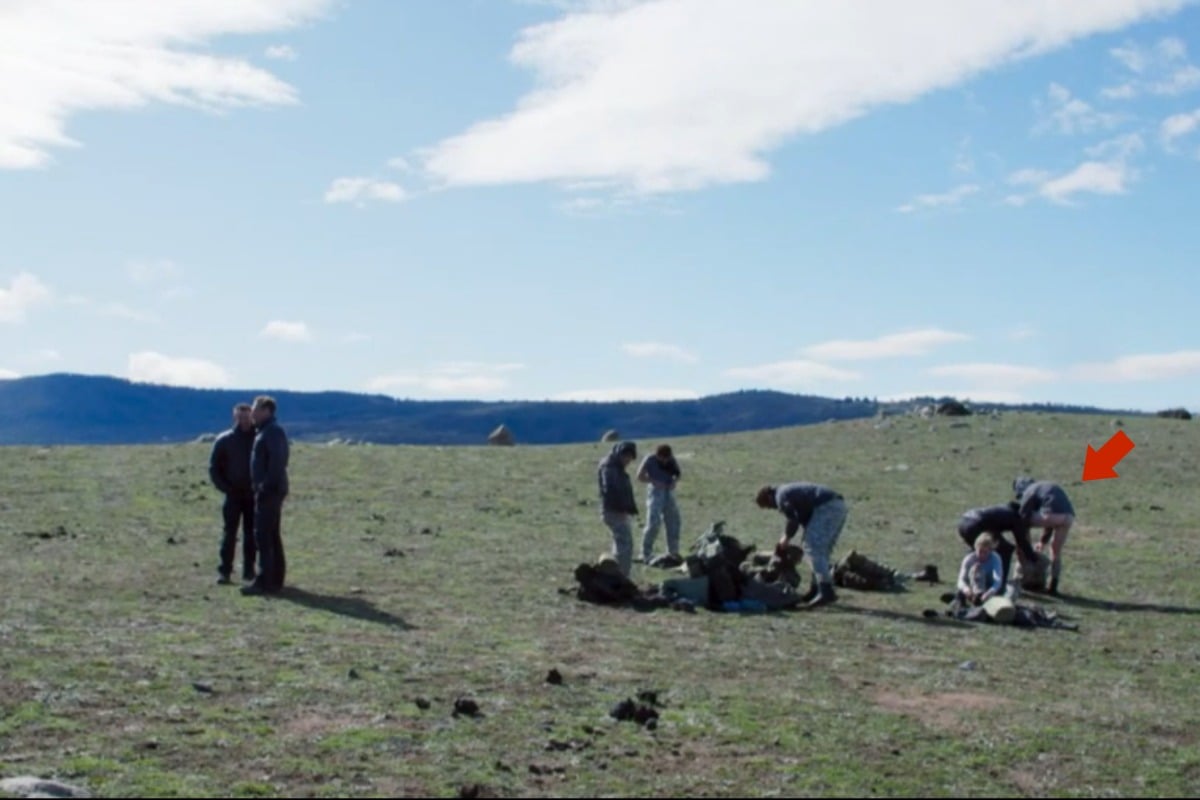 "DON'T SWITCH OFF NOW," Angry James Bond yells at him.

Sweetie, no. We've talked about this. You need to calm the hell down.

Elsewhere, Team Bravo are being held up by their youngest member, Jackson, who is struggling to keep up.

The team want Jackson to hurry up and quit the challenge, but he's not giving up.

Okay, serious question. Why is everyone so desperate to stay on this torture challenge reality show? Just go home... to your mansions. ¯\_(ツ)_/¯

Once the teams return to the base, it becomes clear that Shannan is suffering from hyperthermia and short-term memory loss. 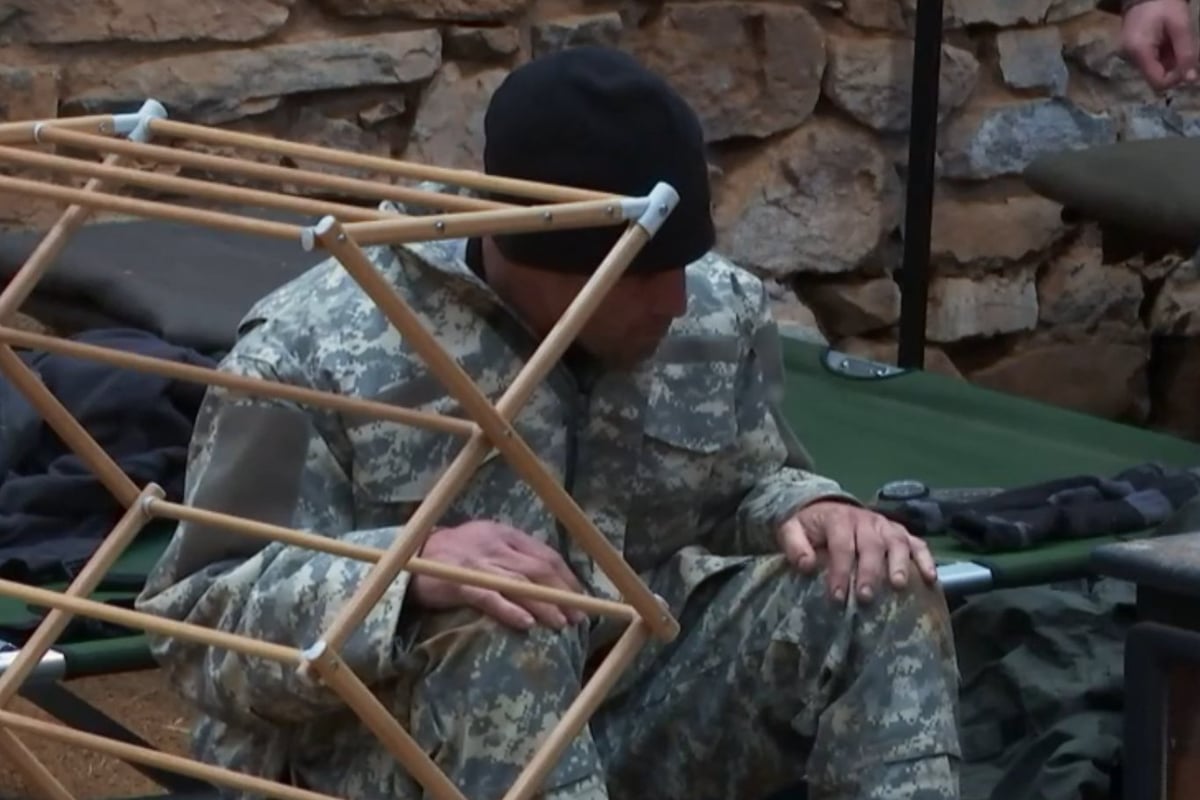 "I've got no real memory," he tells a medic.

"When I was coming out of the water, it was just like a slideshow of abstract shapes."

Speaking to Erin, Shannan describes the experience as "like being knocked out cold".

"Everything was surreal. It was like being on a massive bender. I can't even remember getting to the end."

This show is actually getting out of control.

As if he hasn't been through enough already, the angry British men bring Shannan to their gossip shed for an interrogation.

"No, staff," he responds and okay, but we don't believe you.

"Have you ever been dressed before? I had to dress you like a child, and you're telling me that you're not suffering," Angry James Bond says.

"It's a horrendous thing to see someone suffer. To see you the way you were."

He tells Shannan that he would have failed today's challenge if it was a real SAS task.

"After today, you're sitting at the rear. You need to sort your s**t out," he tells him.

"If it happens again, you're off the course," he adds, and harsh. 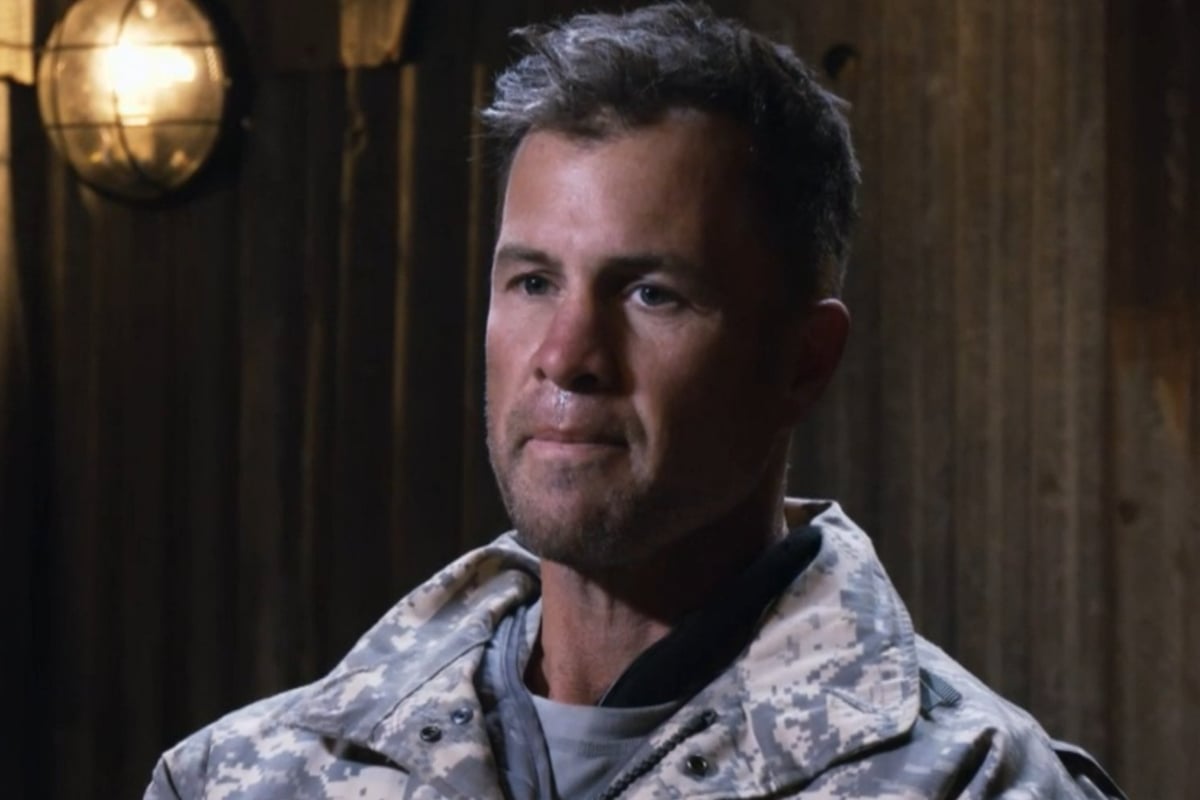 The celebrities from Team Bravo will be bound and blindfolded before attempting to make an escape.

Erin and Jackson are up first. They stand in their places and do absolutely... nothing.

After the angry British men get bored with watching them, James, Sabrina and Merrick are sent in to the escape room instead.

Almost immediately, Sabrina catches on to the challenge.

"I think this is a test. I think we need to free ourselves," she says.

She manages to free her hands and the angry British men respond accordingly: 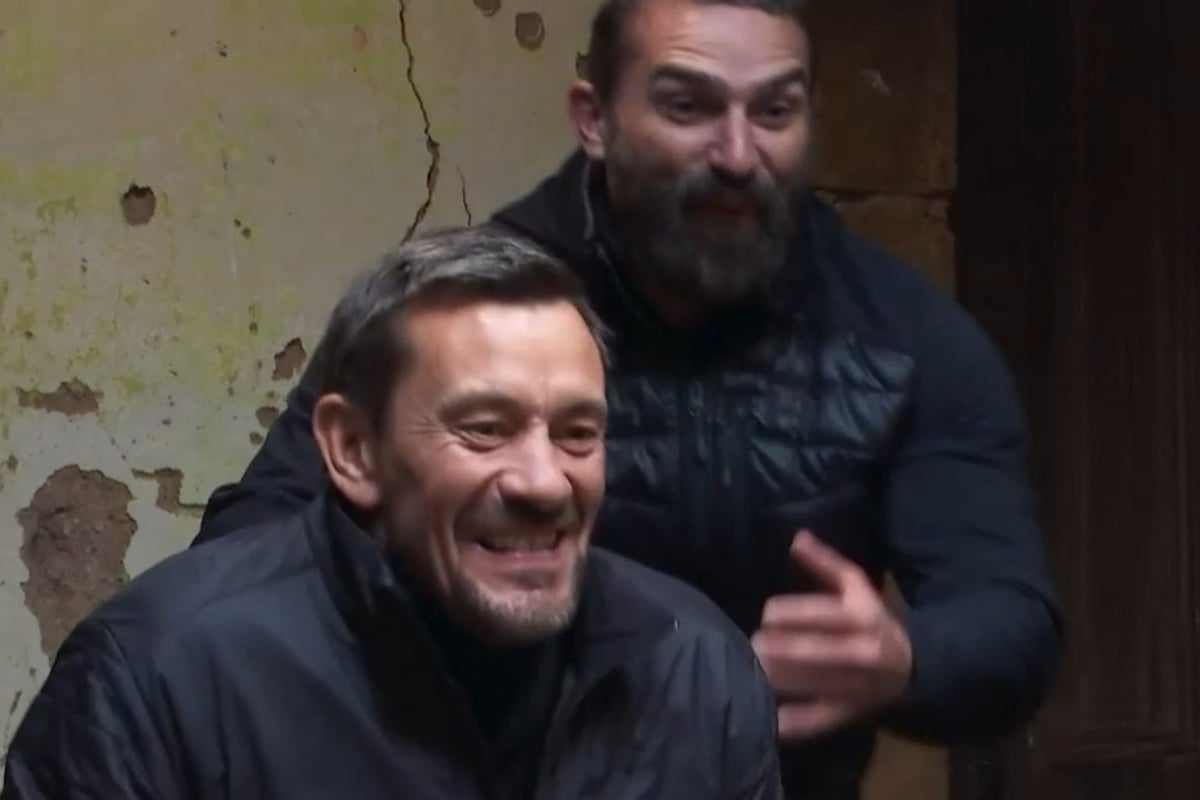 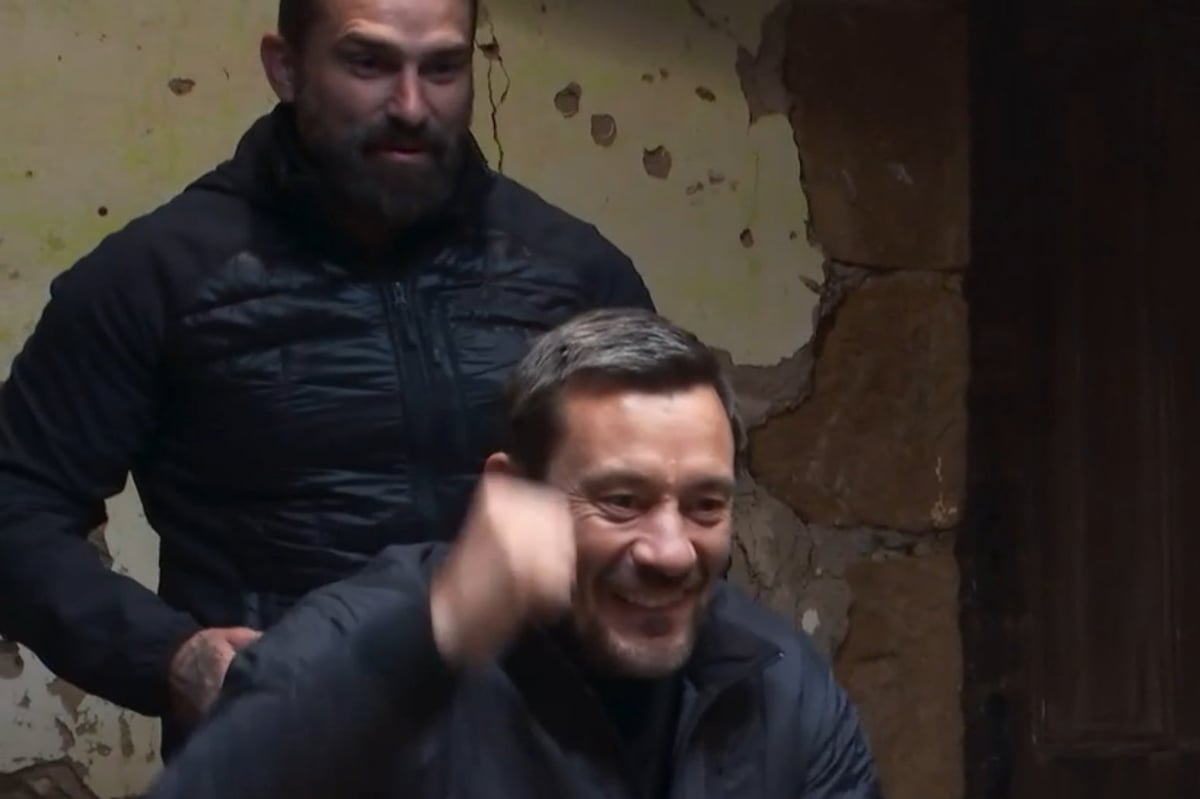 But when she leaves James and Merrick behind in the escape room, their happiness soon wears off.

"Number 14 had the initiative to find out where she was and what was around her. She did a great job... until she let herself go and left her team behind. That's why you failed miserably," Angry James Bond tells the group.

"We need each other. That's why we operate as a team."

After yelling at the group, he takes Sabrina into the gossip shed for another lecture. 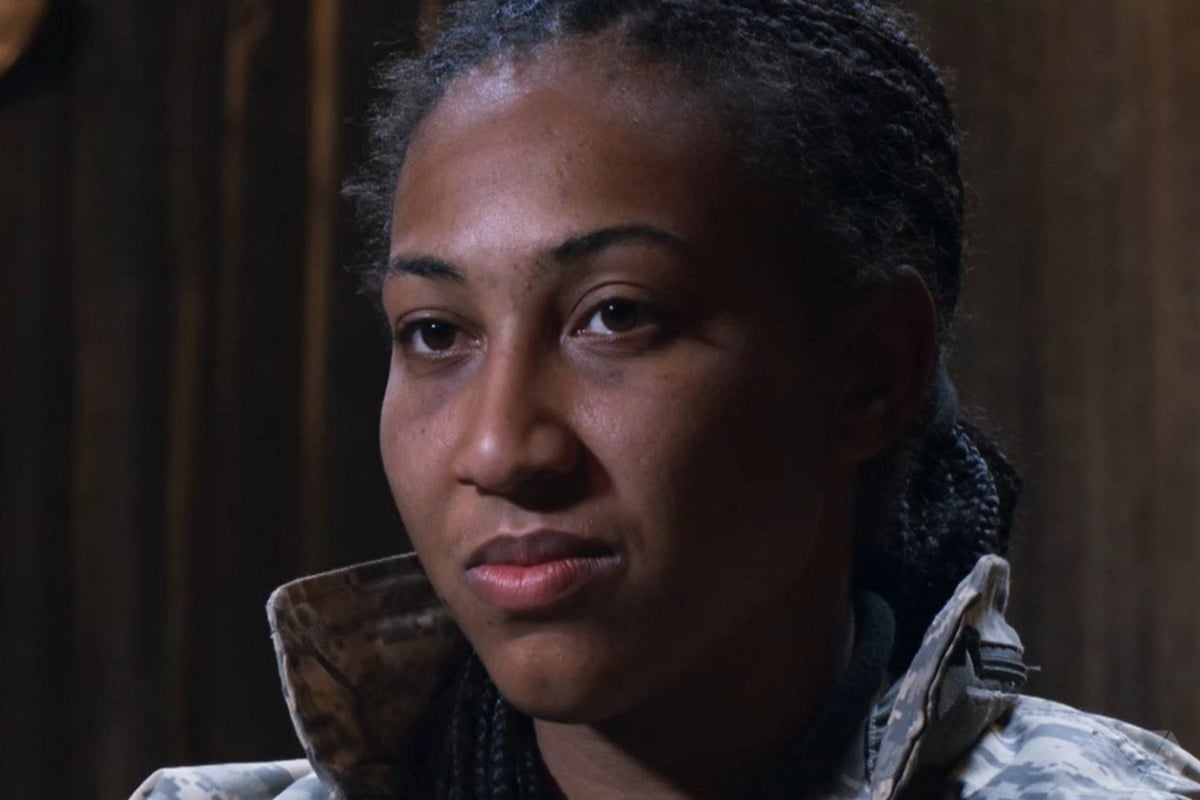 "I notice every single mistake."

"I notice every single mistake," Angry James Bond tells her.

"Tonight, I was f**king gutted. But apart from that, we're really impressed."

They ask her where she gets the drive to keep going in the gruelling challenges on the show.

"I feel like my whole life is a constant fight," she says.

"I'm a Black woman, born in the UK, living in Australia, in a same-sex relationship, working in a male-dominated sport and industry, For some people, it really makes them uncomfortable," she continues.

"Being unfairly treated drives me. It drives me to want to work harder than the guy next to me."

Reply
Upvote
So, if you don't do the task or are slow, you're weak and wrong. But if you try to power through and not admit any weakness... you're also wrong? They get shouted at and told to toughen up, then when one if them tries to be 'tough', he's told he's about to be kicked out. Makes sense.
News
General
Opinion
True Crime
Politics
Sport
Explainer
Entertainment
Celebrity
Reality TV
Movies
TV
Books
Rogue
Royal
Lifestyle
Beauty
Fashion
Weddings
Home
Wellness
Health
Fitness
Travel
Food
Parents
Before The Bump
Pregnancy
Baby
Kids
Teens
School
Parent Opinion
Work & Money
Money
Finance
Career
Lady Startup
Relationships
Sex
Dating
Separation
Friendship
Family
Real Life
Couples