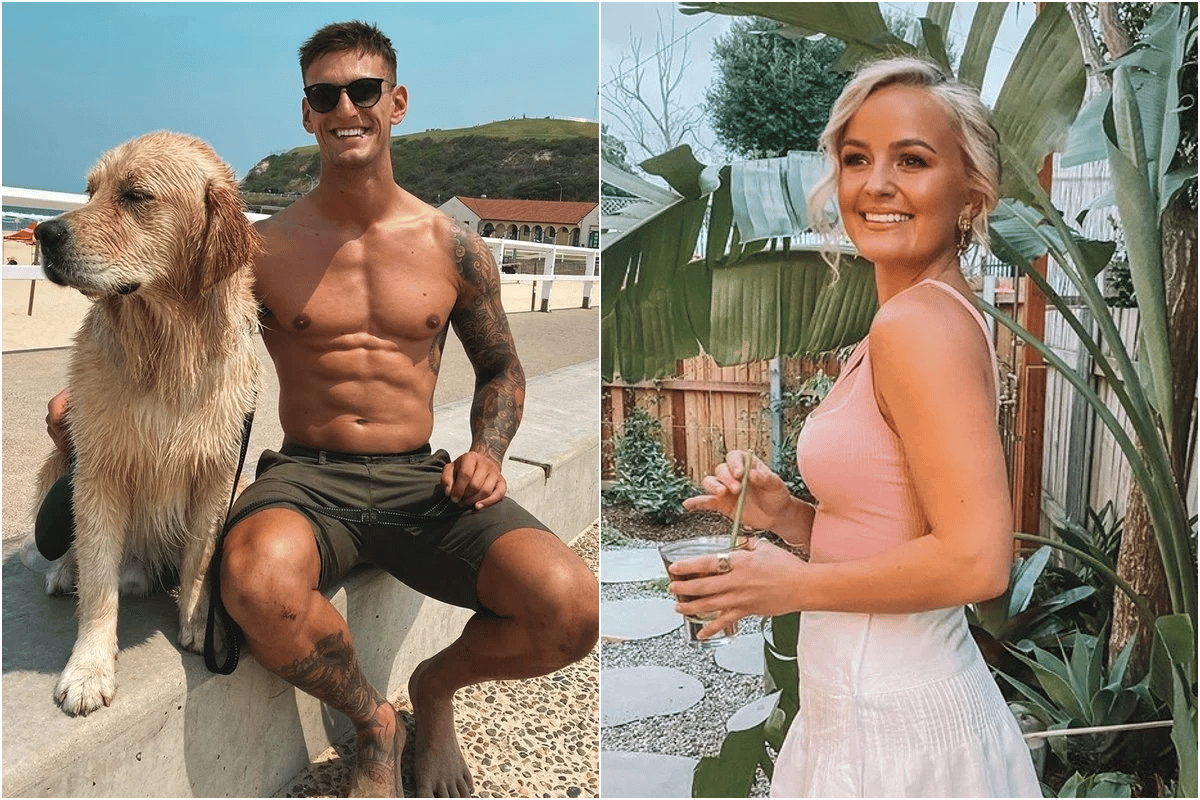 1. So, Elly’s ex-boyfriend is one of The Bachelorette contestants, and this feels suss.

The So Dramatic! podcast leaked some spicy goss about one of Elly's exes, Joe Woodbury this week, and it turns out, after dating Elly earlier this year, he'll be appearing on this season of The Bachelorette to try for her heart a second time round.

"They knew each other from Newcastle before the show," The So Dramatic! host Megan Pustetto started.

"[They] didn't only know each other, they used to date."

EXCLUSIVE! Elly didn’t just know Joe before The Bachelorette, she actually DATED him in the months leading up to filming AND requested producers to cast him for the show!!! 😱 Link in bio for all the details! 💕 #bacheloretteau #thebacheloretteau

"Elly and Joe dated for a couple of months just before The Bachelorette. They had been on and off, dating in Newcastle right up until she moved to Bondi. They then continued dating casually and she would travel back and forth between Bondi and Newcastle."

According to the famously well-sourced Pustetto, "It wasn't a secret at all."

"Elly actually requested he be cast on the show."

If you watch The Bachelorette's first trailer to the end, you'll see the moment they recognise each other on the red carpet.

Reportedly adding to the theory are a few comments on Joe's Instagram from back in April.

"Elly commented on one of Joe's pictures from April, writing: 'What an iso crew' to which Joe replied: 'Just missing dobby," Megan claimed.

2. What Mariah Carey didn’t say about James Packer in her new memoir has us all chortling.

Well apparently, neither did she.

Her new memoir, The meaning of Mariah Carey, has been released this week, and it completely neglected to mention her ex-fiancé, James Packer.

Butterflies in my stomach but pride in my heart. Tears of joy for little Mariah whose story gets to be heard for the first time. I've been waiting for today my entire life. #TMOMC 📖💝

And when she was asked why, her answer was even more savage.

As was articulated in The Guardian; "The book is almost as striking for what she does not include as what she does."

“If it was a relationship that mattered, it’s in the book. If not, it didn’t occur,” Mariah said in the interview, before adding:

"We didn’t have a physical relationship, to be honest with you."

3. Michael from MAFS and Kaitlyn from The Bachelor just made out. And they filmed the whole thing.

Two reality TV worlds have collided and we don't know how to feel about it.

On Sunday, Married at First Sight's Michael Goonan was at a Queensland nightclub. The Bachelor's Kaitlyn Hope was also there.

Then something happened that precisely no one asked for: they made out.

"Actually met my double," Michael captioned the Instagram video that has since expired.

In the video, it shows the pair making out, followed by Kaitlynn pushing Michael off her and then giving the camera the middle finger. She later reposted the video to her own Instagram story. 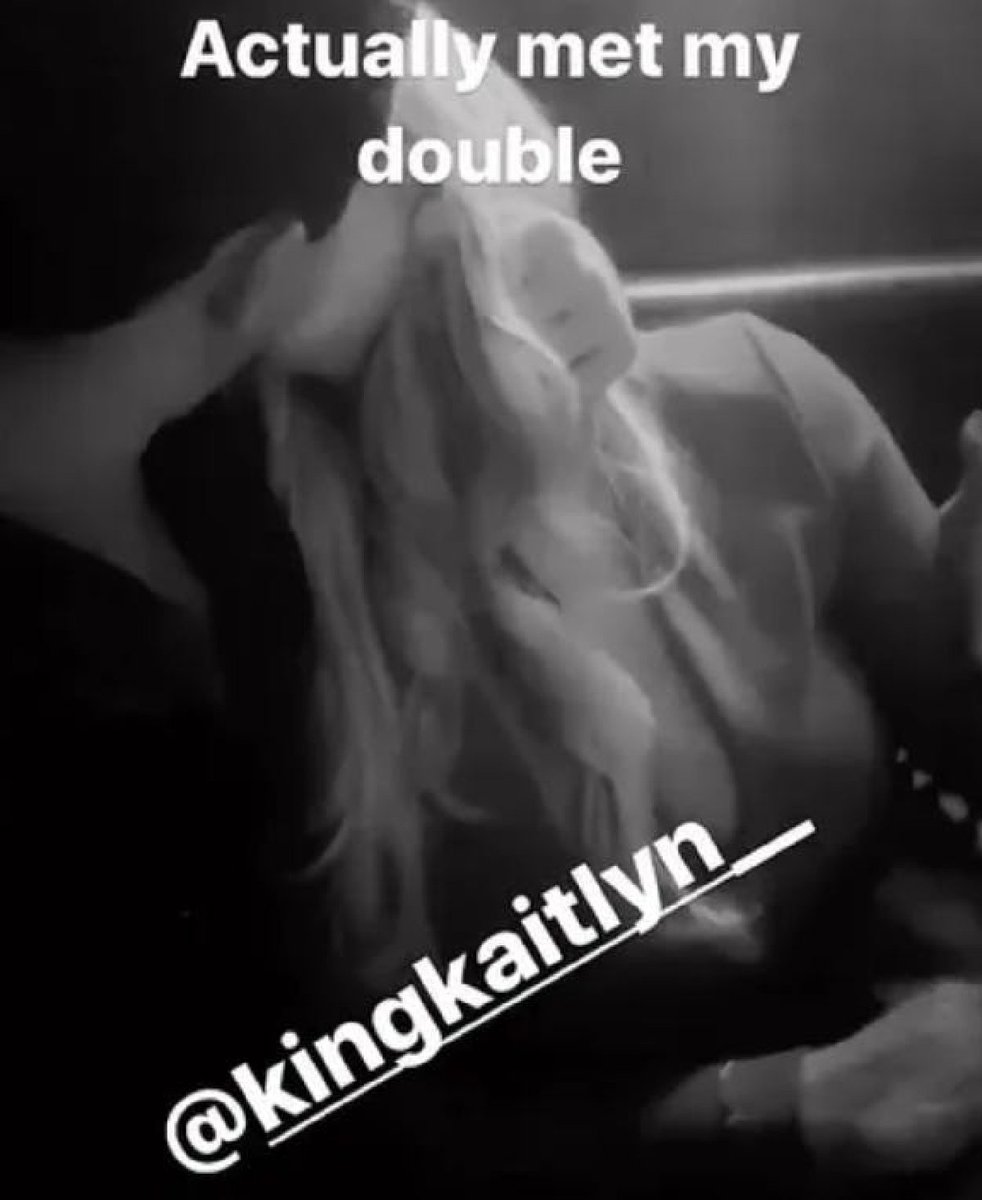 We still don't know how to feel about it.

4. Lana Del Rey wore a mesh mask and now even her own fans are roasting her for it.

Lana Del Rey is coping a bit of heat. And well, kind of rightly so.

While America is in the thick of the COVID-19 pandemic, the 35-year-old singer attended her own meet and greet wearing a bedazzled mesh mask.

At the event, Del Ray uploaded multiple videos of herself wearing the mask while reading her new poetry book Violet Bent Backwards over the Grass.

And even the biggest of fans were not impressed.

One follower wrote, "YOU MAKE IT SO HARD TO STAN PLEASE WEAR A PROPER MASK".

This is the second time the singer has copped flack for not wearing a proper mask. In September, she appeared on the cover of Interview magazine. And yet again, she was wearing a mesh mask that literally does nothing.

5. Multiple break ups and an alleged affair: Inside Donald Trump and Melania's relationship.

For years now, Donald and Melania Trump's relationship has been the centre of controversy and speculation.

Since meeting in 1998, the couple have faced rumours about an alleged affair, criticism that their relationship is a "non-marriage" and even the odd conspiracy theory.

Most recently, the couple made headlines when they announced they had tested positive for COVID-19 last week.

In a video update on Sunday, Donald said Melania, was "doing very well" and "handling it very nicely".

Here's a look back at Melania and Donald Trump's relationship timeline.

Meeting at a party in Times Square.

Donald was 52 when he met Slovenian model Melania Knavs at a party at the Kit Kat Club in Times Square during Fashion Week.

At the time, Donald was in the middle of his divorce from his second wife Marla Maples and had arrived at the party with cosmetics heiress Celina Midelfart.

After seeing 28-year-old Melania for the first time, Donald said he "went crazy".

Melania also felt an instant connection with famous real estate mogul. "It was great chemistry and energy. We had a great time," she told talk show host Larry King in 2005. "We started to talk and something was there right away."

When Donald later asked for her number, she declined and asked for his instead. After waiting a week to call him back, the pair went on their first date and soon became a couple. 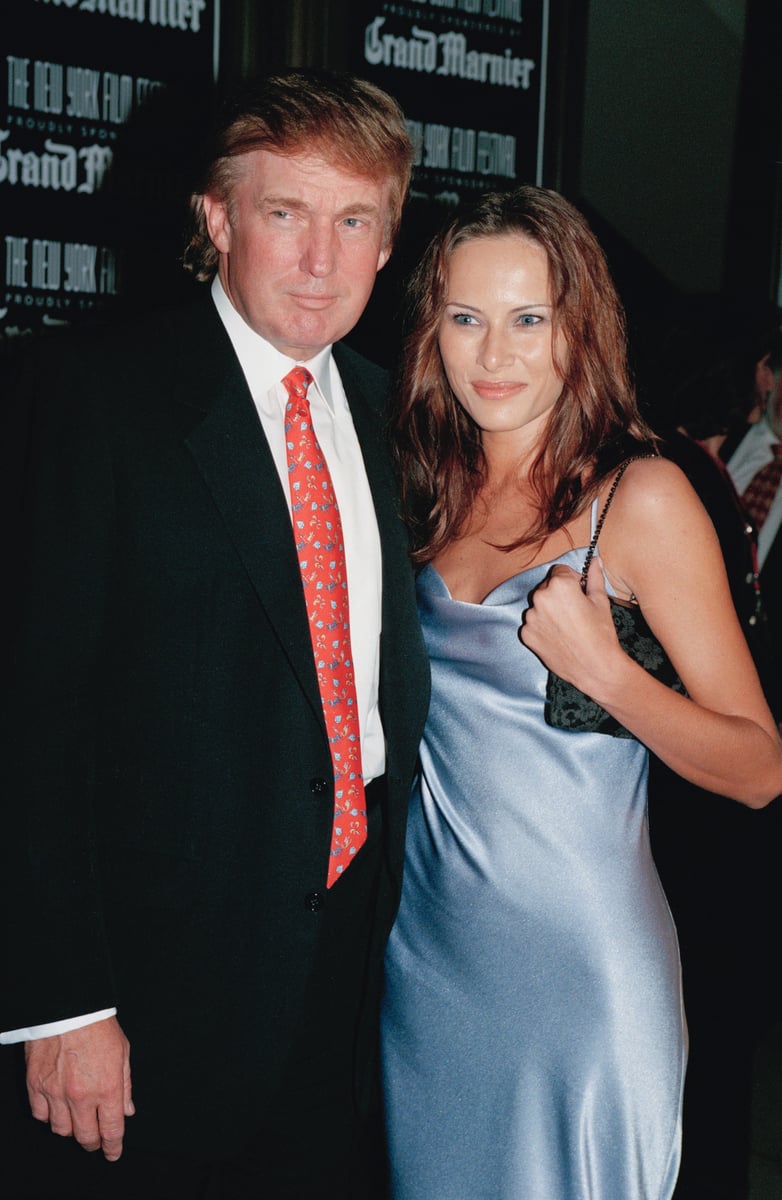 But it wasn't all smooth sailing.

Melania reportedly broke up with Donald multiple times in the first year of their relationship.

Donald confirmed the pair had split in early 2000, telling New York Times reporter James Barron, "Melania is an amazing woman, a terrific woman, a great woman and she will be missed".

Alas, the pair eventually got back together and by 2001 Melania had moved into her boyfriend's penthouse in Trump Tower.