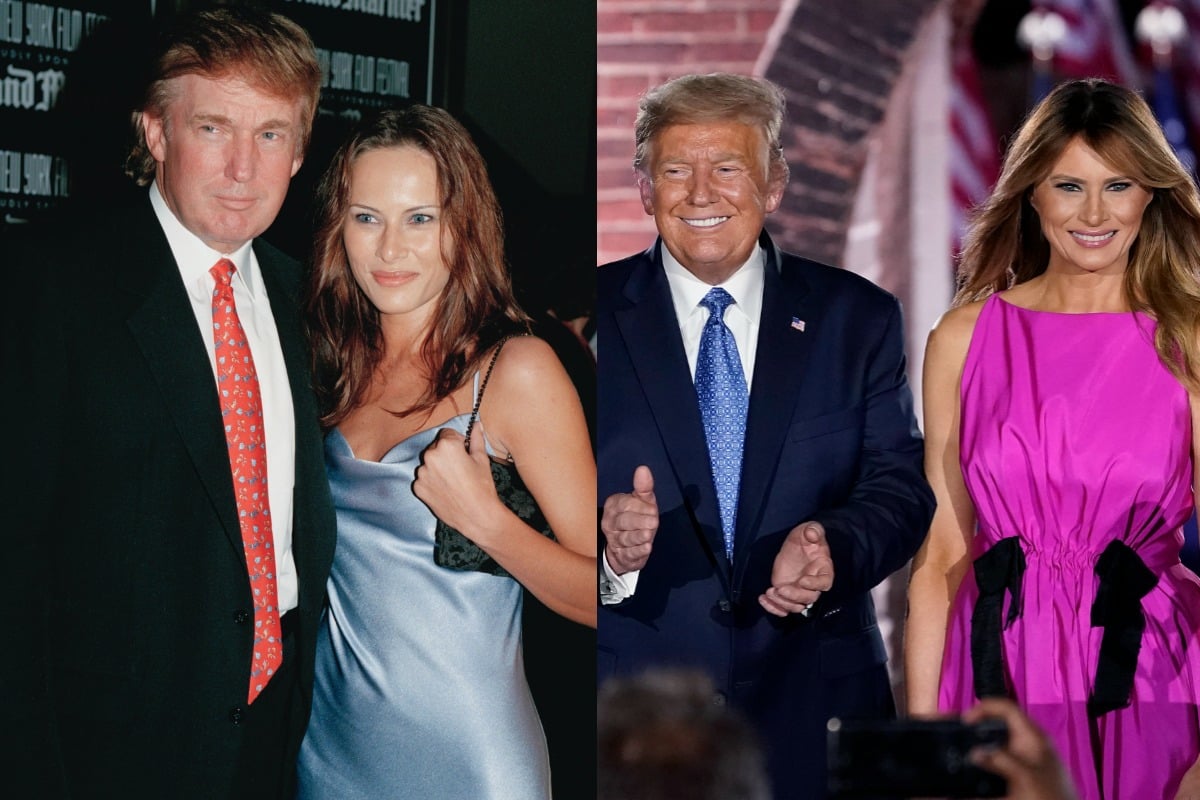 For years now, Donald and Melania Trump's relationship has been the centre of controversy and speculation.

Since meeting in 1998, the couple have faced rumours about an alleged affair, criticism that their relationship is a "non-marriage" and even the odd conspiracy theory.

Most recently, the couple made headlines when they announced they had tested positive for COVID-19 last week.

In a video update on Sunday, Donald said Melania, was "doing very well" and "handling it very nicely".

Here's a look back at Melania and Donald Trump's relationship timeline.

Meeting at a party in Times Square.

Donald was 52 when he met Slovenian model Melania Knavs at a party at the Kit Kat Club in Times Square during Fashion Week.

At the time, Donald was in the middle of his divorce from his second wife Marla Maples and had arrived at the party with cosmetics heiress Celina Midelfart.

After seeing 28-year-old Melania for the first time, Donald said he "went crazy".

Melania also felt an instant connection with famous real estate mogul. "It was great chemistry and energy. We had a great time," she told talk show host Larry King in 2005. "We started to talk and something was there right away."

When Donald later asked for her number, she declined and asked for his instead. After waiting a week to call him back, the pair went on their first date and soon became a couple. 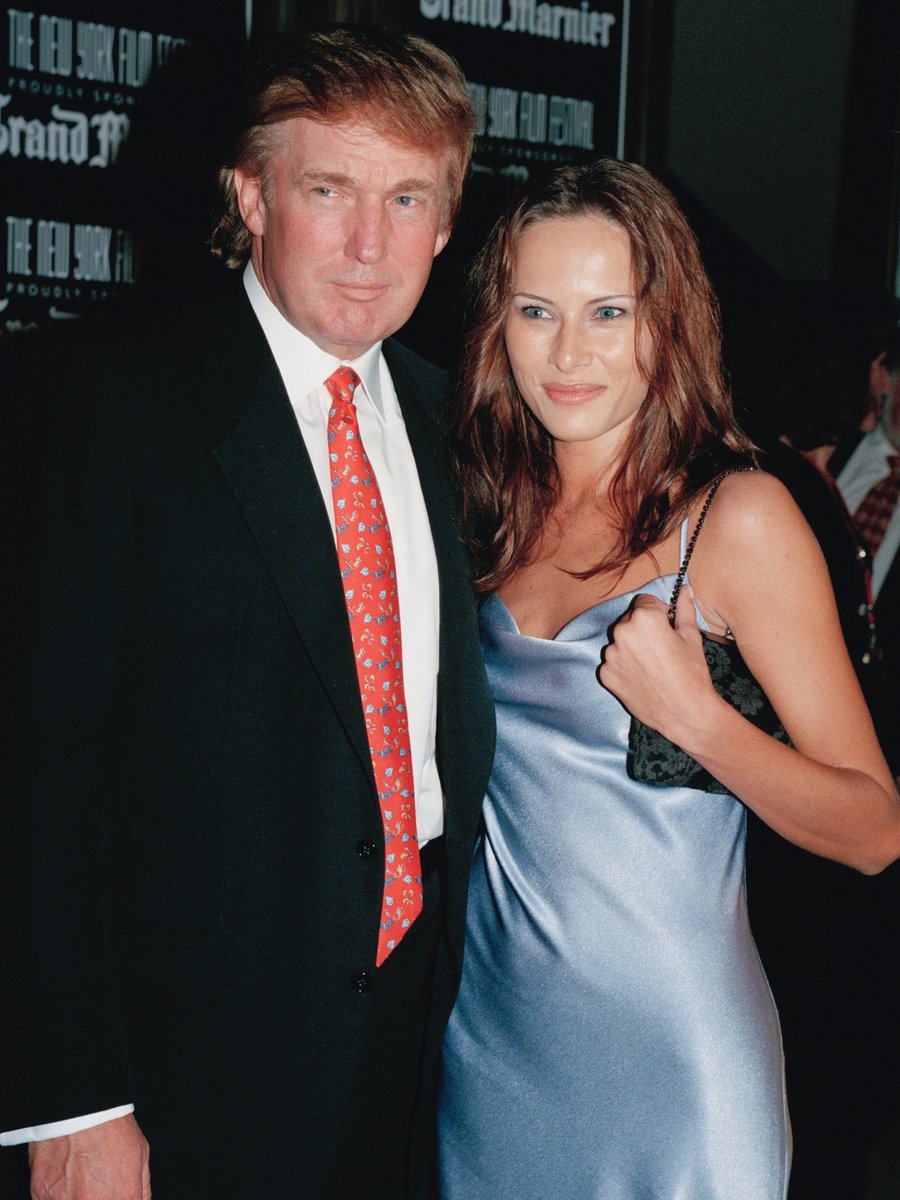 But it wasn't all smooth sailing.

Melania reportedly broke up with Donald multiple times in the first year of their relationship.

Donald confirmed the pair had split in early 2000, telling New York Times reporter James Barron, "Melania is an amazing woman, a terrific woman, a great woman and she will be missed".

Alas, the pair eventually got back together and by 2001 Melania had moved into her boyfriend's penthouse in Trump Tower.

After five years of an on-and-off again relationship, Donald proposed to Melania with a diamond ring at the 2004 Met Gala. Not only did she say yes to marriage, but she also said yes to a prenup.

"It was a great surprise. We are very happy together," Melania told the New York Post of her engagement.

The couple tied the knot the following year in Palm Beach in front of 500 guests including Billy Joel, Barbara Walters and the Clintons. Melania wore a $100,000 Christian Dior wedding dress which featured 1,500 crystals.

During a 2005 CNN interview, Donald spoke about his stress free relationship with Melania.

"We literally have never had an argument. We just are very compatible," he said.

A year after saying 'I do', Melania became an American citizen and welcomed their son, Barron.

During an interview with the Palm Beach Daily News, Melania opened up about becoming a mother for the first time at 35.

"The love. It’s unconditional love," she told the publication.

"It’s a miracle almost, I could say, that two people can create. It’s very, very special." 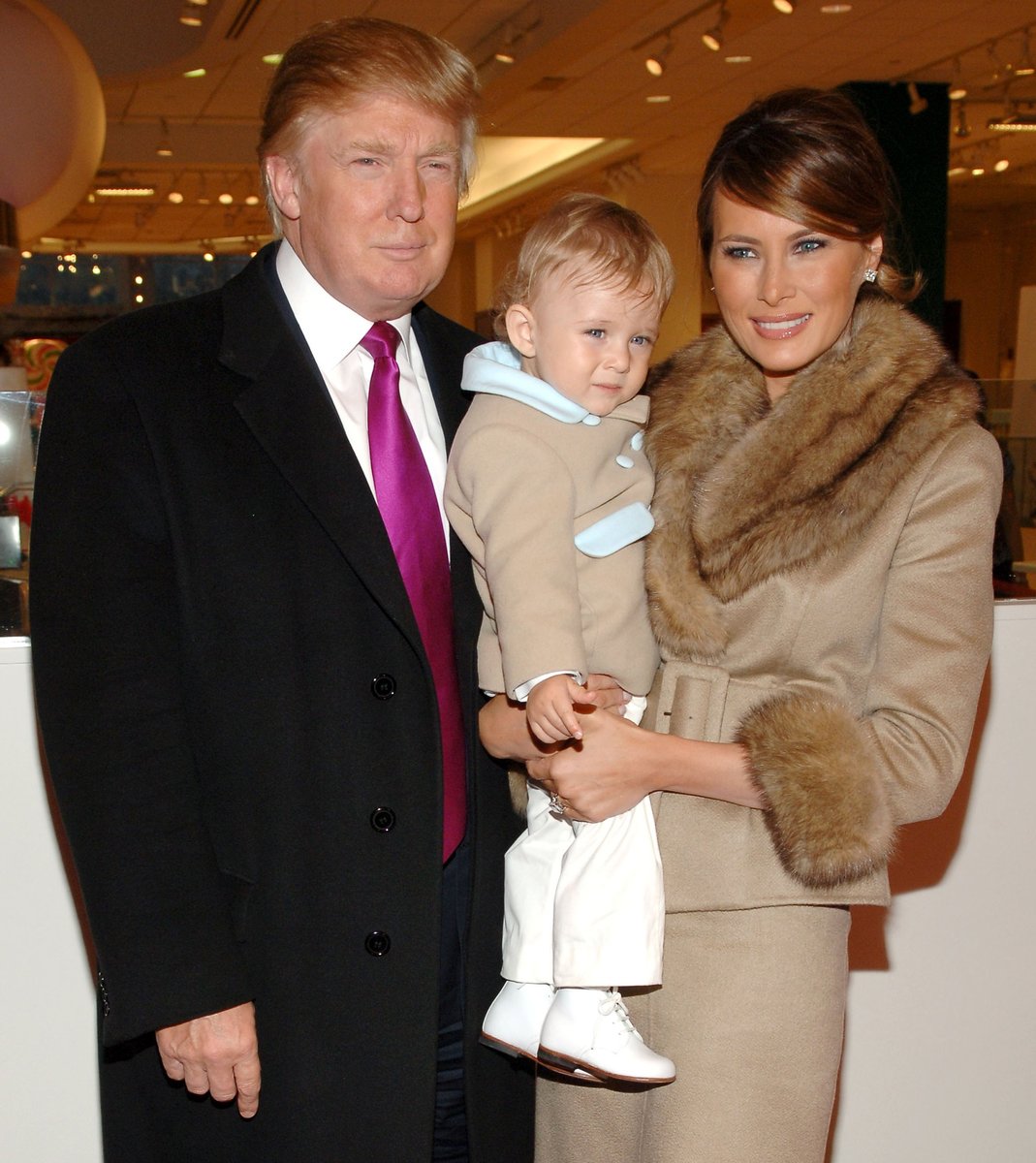 "I don't see myself as their mother. I am their friend, and I'm here when they need me," she told Harper's Bazaar in 2016.

Becoming The President and First Lady of the United States.

Donald officially announced he was running for president at Trump Tower in June 2015.

With the eyes of the world on them, Melania became subject to heavy criticism and would try to stay out of politics by limiting campaign appearances.

"I chose not to go into politics and policy," Melania told GQ, adding that "nobody knows and nobody will ever know" the advice she gave to her husband before he made his announcement.

However, when she did take centre stage at the 2016 Republican National Convention she caused quite the stir when she was accused of plagiarising Michelle Obama's 2008 speech. 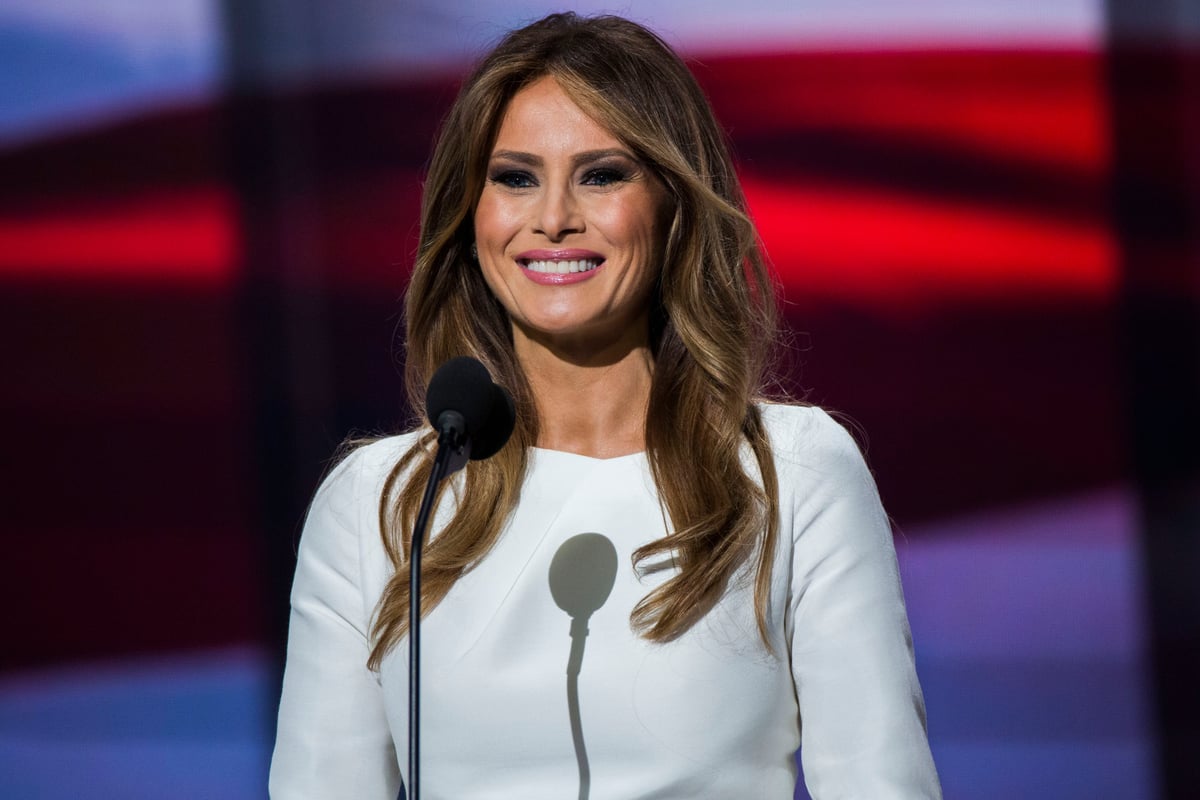 She also made headlines when she condemned her husband's "unacceptable and offensive" comments after the now-infamous Access Hollywood tape.

When Trump finally did get inaugurated, Melania and Barron moved into the White House months later to allow Barron to finish his school year in New York.

In 2018, rumours started swirling that the newly elected president had an affair with adult film star Stormy Daniels.

In an interview with CBS' 60 Minutes, Stormy spoke about meeting Donald at a golf tournament in 2006 and later being asked to dinner.

"It started off - all about him just talking about himself. And he's like - 'Have you seen my new magazine?'," she told the publication.

At one point, Donald even apparently likened Daniels to his daughter, Ivanka.

"He was like, 'Wow, you are special. You remind me of my daughter.' You know, he was like, 'You're smart and beautiful, and a woman to be reckoned with, and I like you. I like you'," she claimed.

In response, Melania canceled her trip to Switzerland with Donald.

However, when she later asked about the rumours by ABC News reporter Tom Llamas, Melania said she had "much more important things to think about and to do".

Over 20 years after meeting at a party, Melania and Donald are still together. However, their relationship still finds itself subject to public scrutiny, with many pointing out awkward interactions between the pair in recent years.

However, despite everything, Melania has continued to support her husband during his presidency and current presidential campaign.