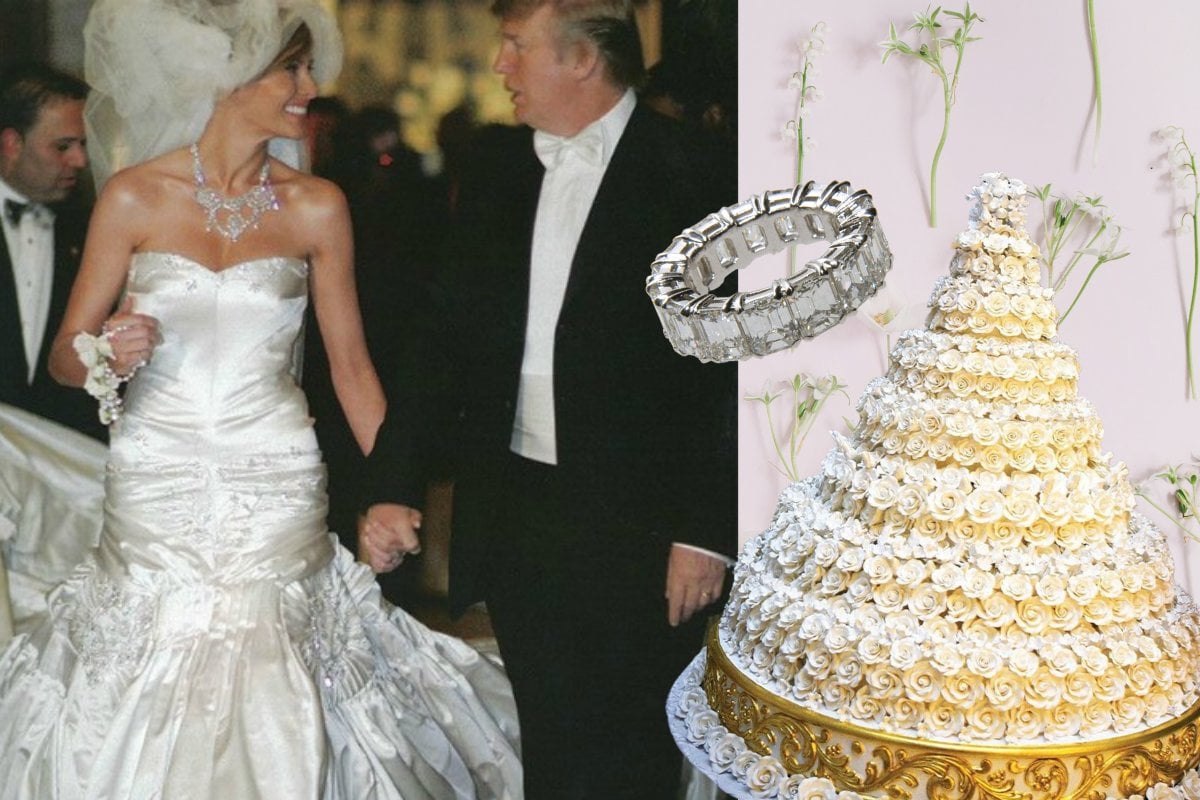 Can you believe that loving couple and ambassadors of the political PDA, Donald Trump and Melania Trump, have been married for 16 years?

While there has been multiple reality shows, a grabbing-by-the-pussy scandal, a four-year stint in the whitehouse, two rounds of attempted impeachments and an actual wife body double (hey #FakeMelania), these two have surprisingly stood the test of time.

Listen to Mamamia Out Loud, where Mia, Jessie and Clare discuss the return of Fake Melania. Post continues after podcast.

And when any celebrity marriage goes the distance, we like to go right back to the lavish spot where it started: The wedding.

...and you can bet that this one literally took the cake when it comes to being as over the top as physically possible.

So let’s take a look at every weird and wonderful detail from Donald Trump and Melania Trump’s wedding day. Buckle up, folks.

First up, let’s get the key details down pat. And to do this, I’d like to present you with an invitation to this Trump-soiree…

You are cordially invited to the matrimony of Donald Trump and Melaina Knauss.

Accommodation: Provided for in aforementioned resort by the Trump Co, where you’ll be greeted with bathrobes embroidered with your initials, complimentary spa treatments, and a few rounds of golf ahead of the ceremony.

Dress Code: As lavish as you can possibly manage.

And in case you were wondering who else received invitations just like this, here were just a handful of names you might recognise: 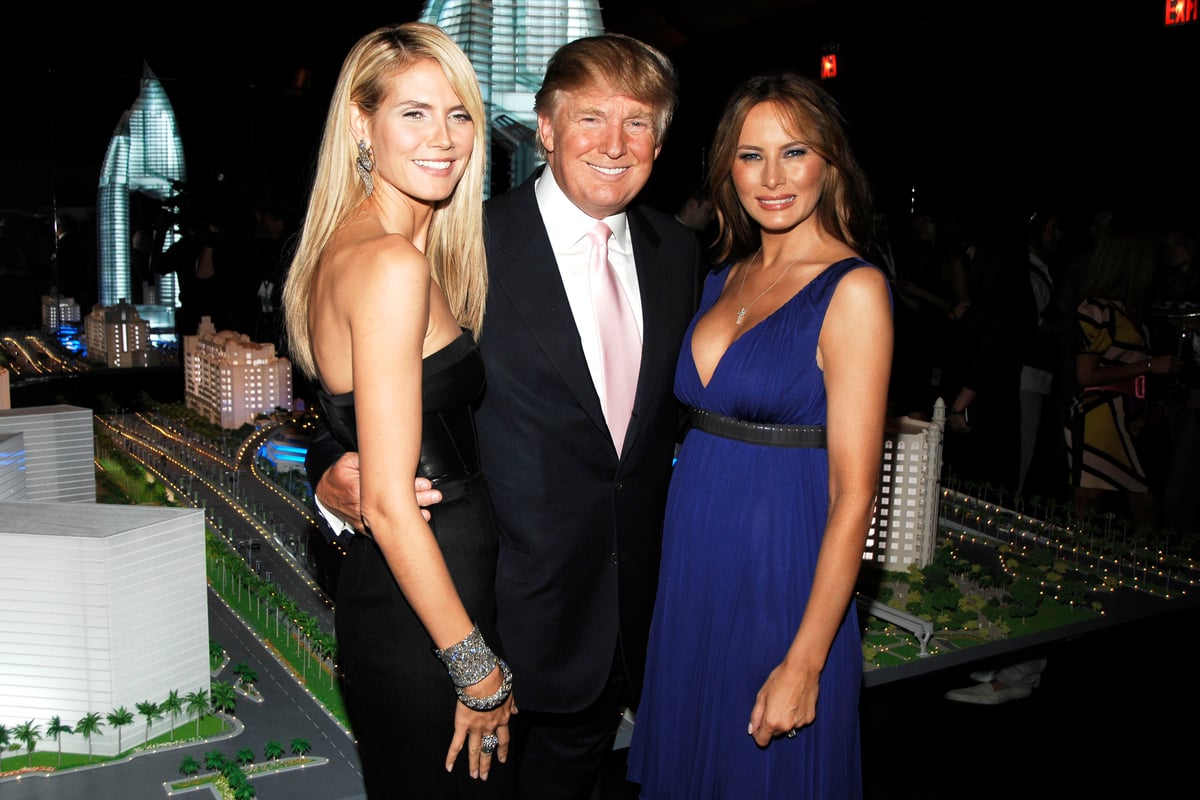 Melania Knauss walked down the aisle in front of 450 guests, before saying ‘I do’ and officially becoming Mrs Trump (the third).

Melania Trump’s wedding dress cost a whopping $194,124 and was featured on the cover of Vogue Magazine. 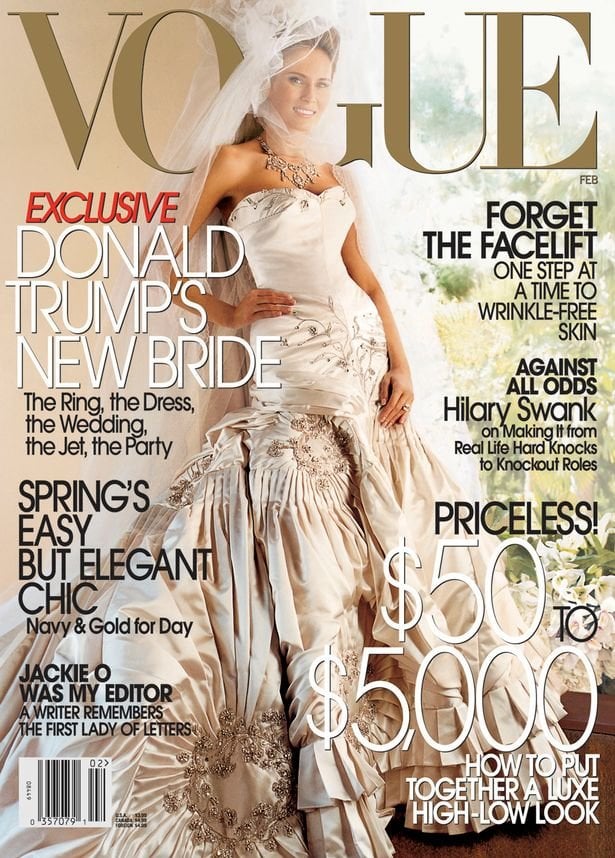 Because the gown was so deeply uncomfortable, Melania opted to switch into a Vera Wang silk tulle dress (with a slit up to the knee) for the poolside after party.

Dresses aside, Melania Trump was getting weighed down by something else on her big day: Her wedding ring. Made by the same jewellers who put together her engagement ring, Melania slipped a white emerald-cut diamond and platinum ring on her finger - valued to be around $900,000. 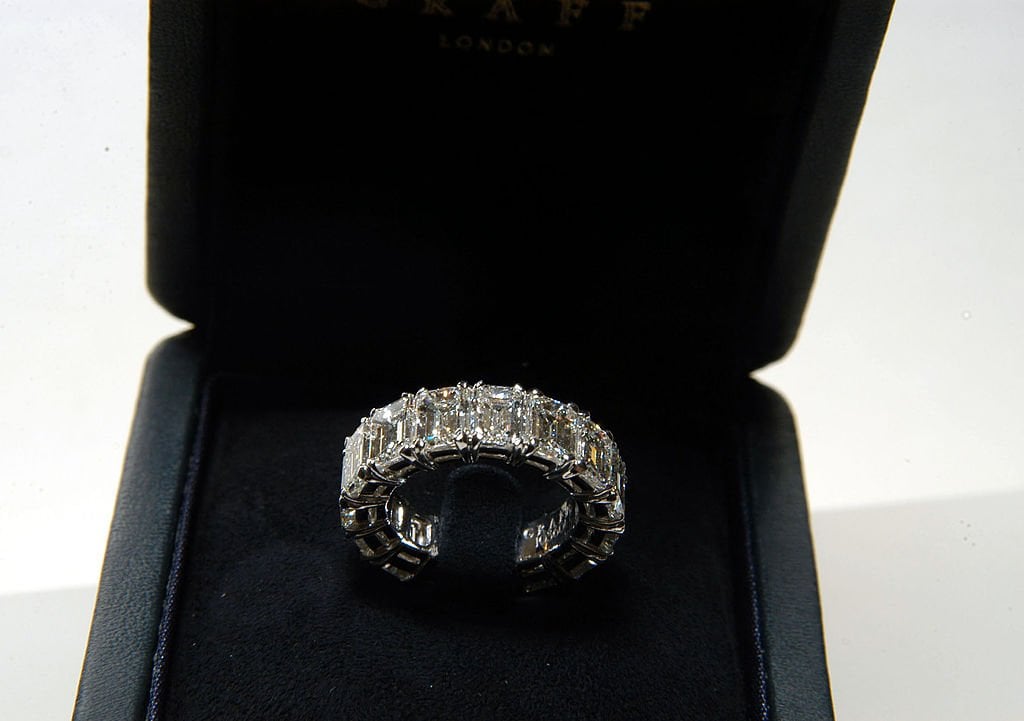 The irony of dropping that much cash on a wedding ring is that these days Melania prefers to just wear her engagement ring alone. I mean, that still cost around $4 million, so it’s probably best to keep some items in the safe at home. 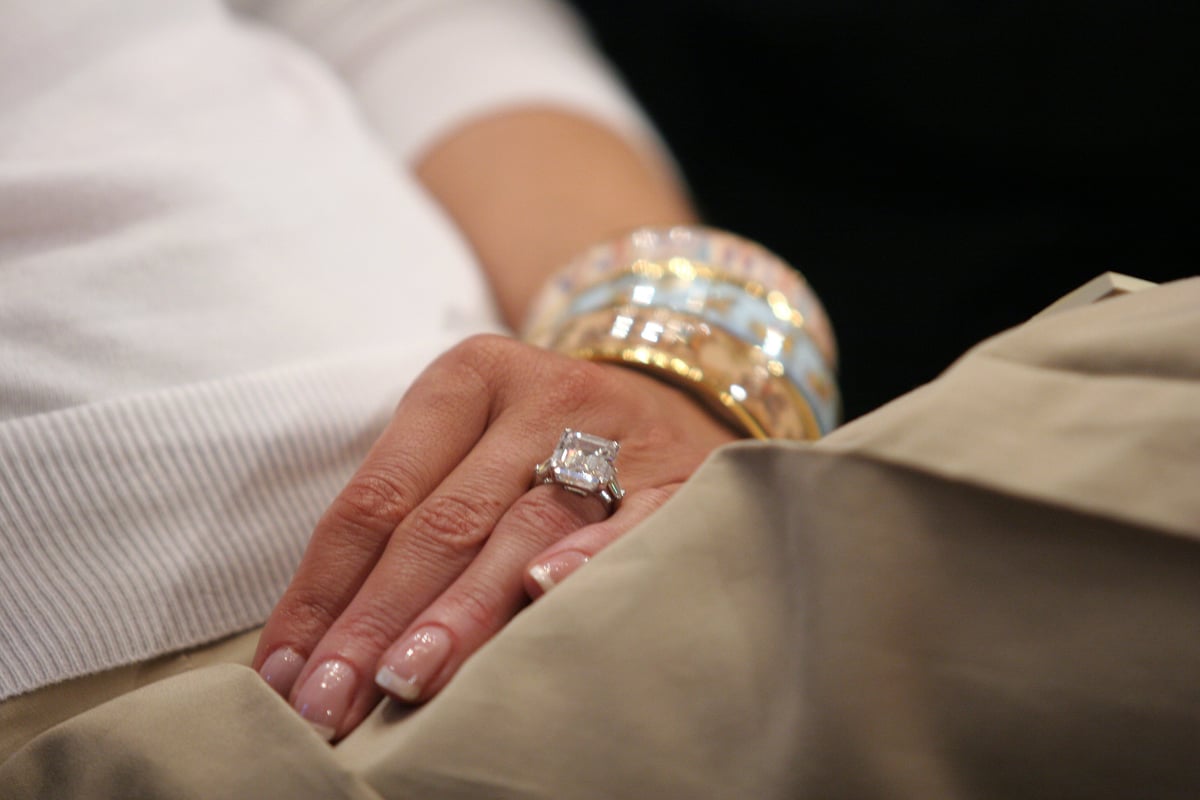 After the fancy-pants ceremony, things proceeded to an even fancier-pantsier reception at Trump’s Florida resort.

The couple hired hundreds of staff to deck out the ballroom with over 10,000 flowers shipped in a convoy of trucks from New York. This included overwhelming 1.5 metre tall centrepieces of roses, hydrangeas, gardenias and orchids - all in classic white, of course.

Guests were then treated to a big old meal, featuring lobster salad, beef medallions and champagne vinaigrette on practically everything.

But the cherry on top of this extravagant affair was: The cake.

Donald and Melania Trump’s wedding cake was around five feet tall (you know the average height of a fully-grown woman), had seven tiers in total and weighed… wait for it… 88kgs.

It was soaked in Grand Marnier and decorated with over 2000 hand-spun sugar flowers, and it cost the couple $65,000. You know, more than the average Australian’s entire wedding budget.

The only downside (jokes, there are no normal-people-upsides to a $50K cake), was that on account of the cake being ginormous and very, very tall, it required a f**ktonne of rigging to keep it erect. So, no one could actually eat it. Instead, when it was demolished after the wedding, the staff were able to nab a bit of sponge.