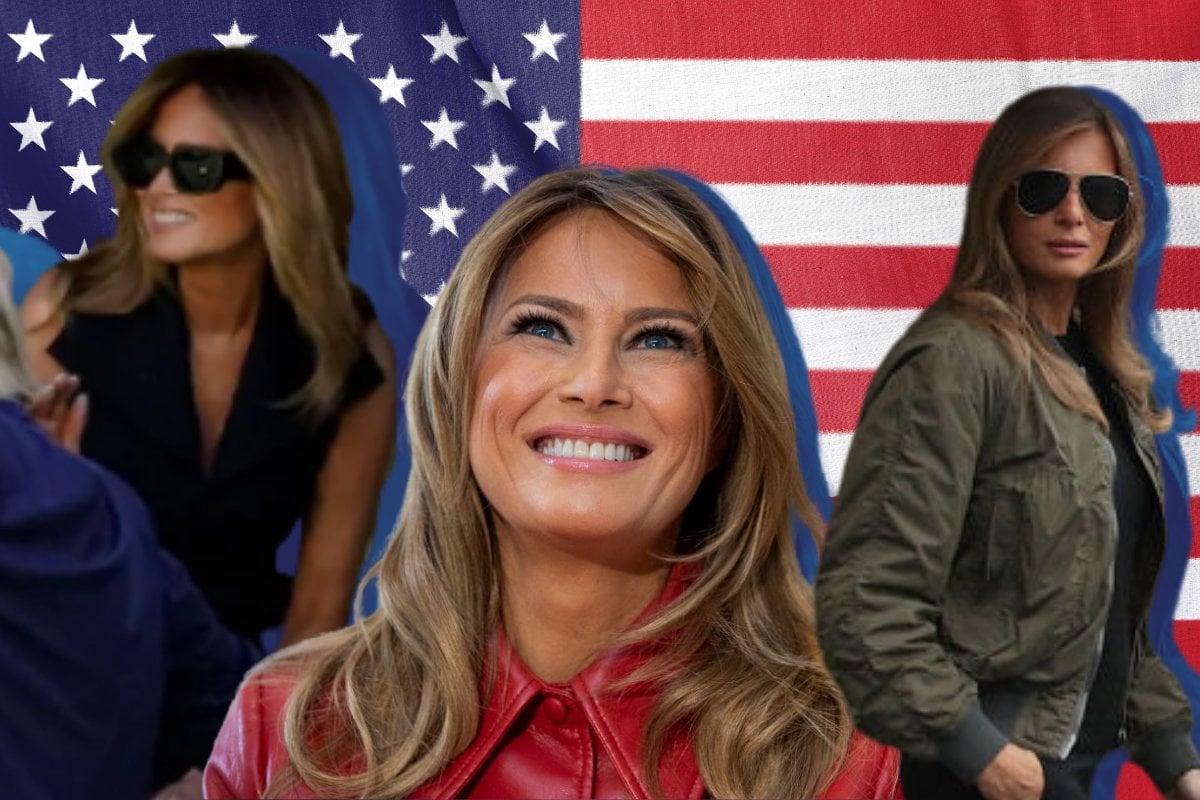 American politics feels a little... chaotic at the moment.

With November 3 hurtling at us at an immense pace, you may think we have bigger fish to fry than a potential first lady body double, but you'd be wrong.

Forget coronavirus conspiracies, there is only one that matters today. And that is the very legitimate and not at all ridiculous return of Fake Melania right when we needed her.

Side Note: Take a look at the real Melania nudging Trump during the National Anthem. Post continues below.

Let us catch you up.

It all began in October, 2017, when President Trump and his First Lady were at a press conference discussing hurricane relief for Puerto Rico. Everything was normal. Not a single suspicion raised.

Until Donald Trump bizarrely said, “My wife Melania… who happens to be right here.”

Which was odd given... yes, Donald, we could see her.

This was followed by lots of enthusiastic nodding by Melania, which may we add, is rare in itself.

People were confused. What was with the dark glasses? And her lips - they just weren't Melania's lips.

Also, can we talk about that time in Florida when Trump said: "I just wanted to thank everybody... Melania really wanted to be with us," when she was um, standing right next to him?

It was August 2018, and the first lady was boarding a plane to Ohio with her husband.

Except This. Was. A. Different. Woman. (Allegedly).

If that's not damning evidence, we don't know what is.

Which leads us to today.

Fake Melania is back with a vengeance, just in time for the US election and we can't look away.

On Thursday, the pair boarded Marine One at the White House, headed to the final presidential debate.

"Melania" donned a huge pair of sunglasses (a #FakeMelania staple) and smiled at cameras. 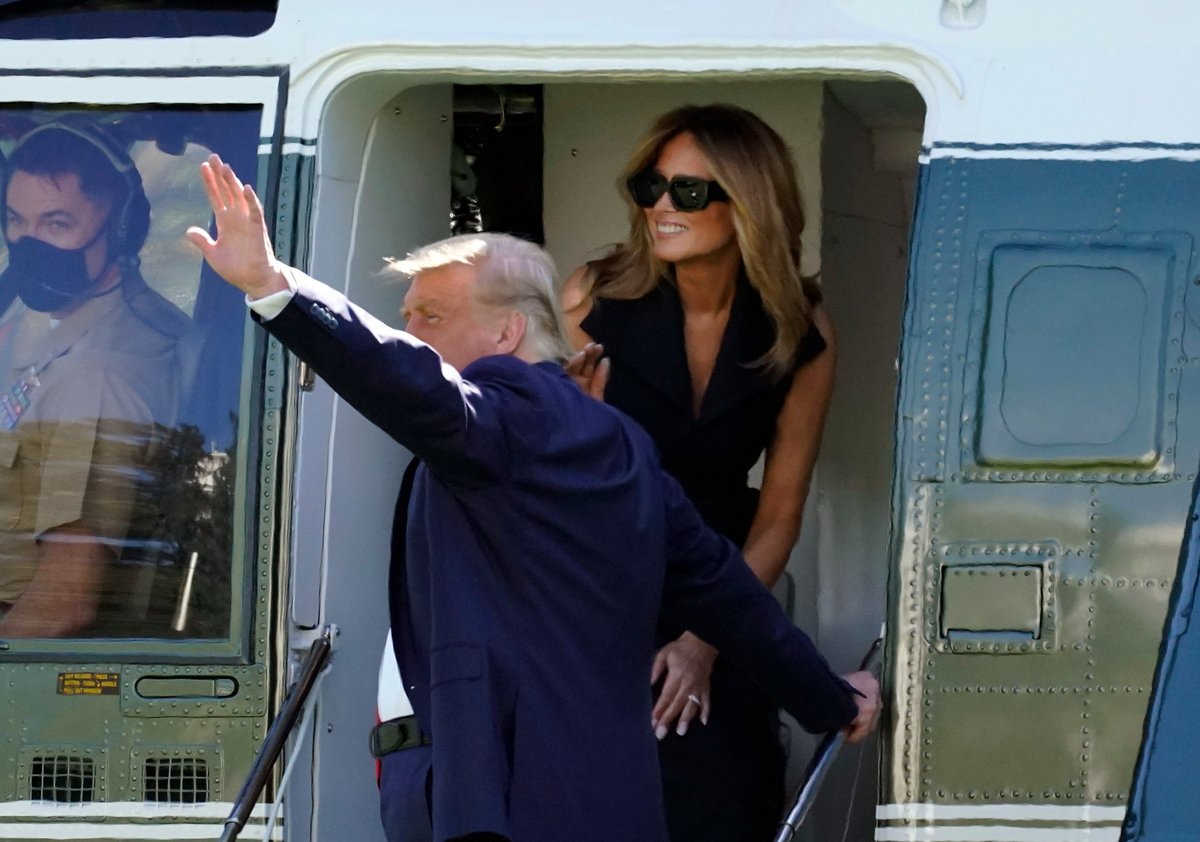 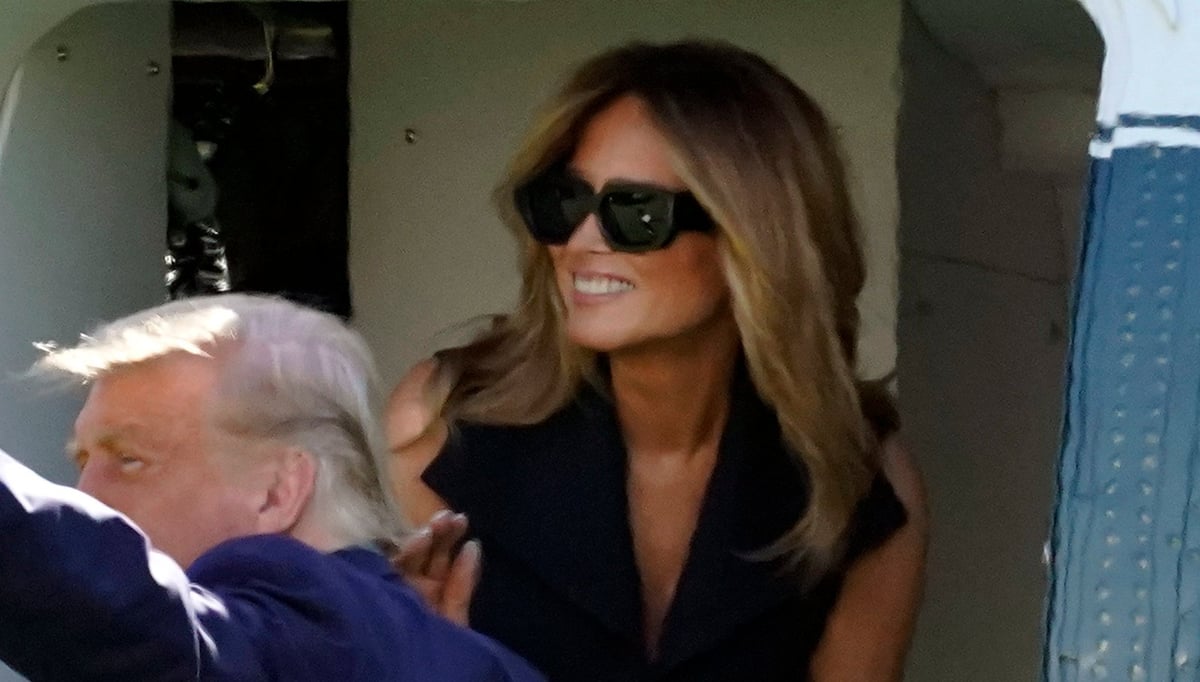 By comparison, here's Melania Trump on a normal day. 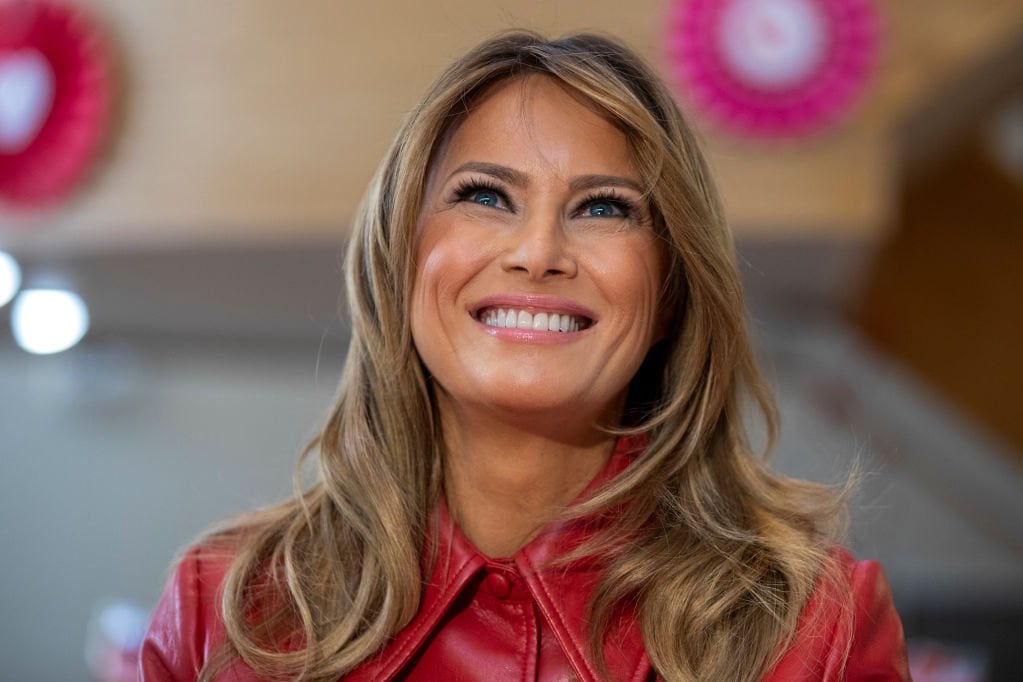 Melania truthers were quick to pounce. And we'll allow them to tell it to you best.

Is @realDonaldTrump using a fake @FLOTUS because the real one won’t travel with him anymore now that she knows he’s gonna lose in a landslide and the divorce is imminent??!! You be the judge... #Melania #Trump pic.twitter.com/G2ZOnORz15

Way too young to be Melania. The fake Melania doesn’t have the smile wrinkles around her mouth like the real Melania. That’s a dead giveaway. pic.twitter.com/JIijqwtlf3 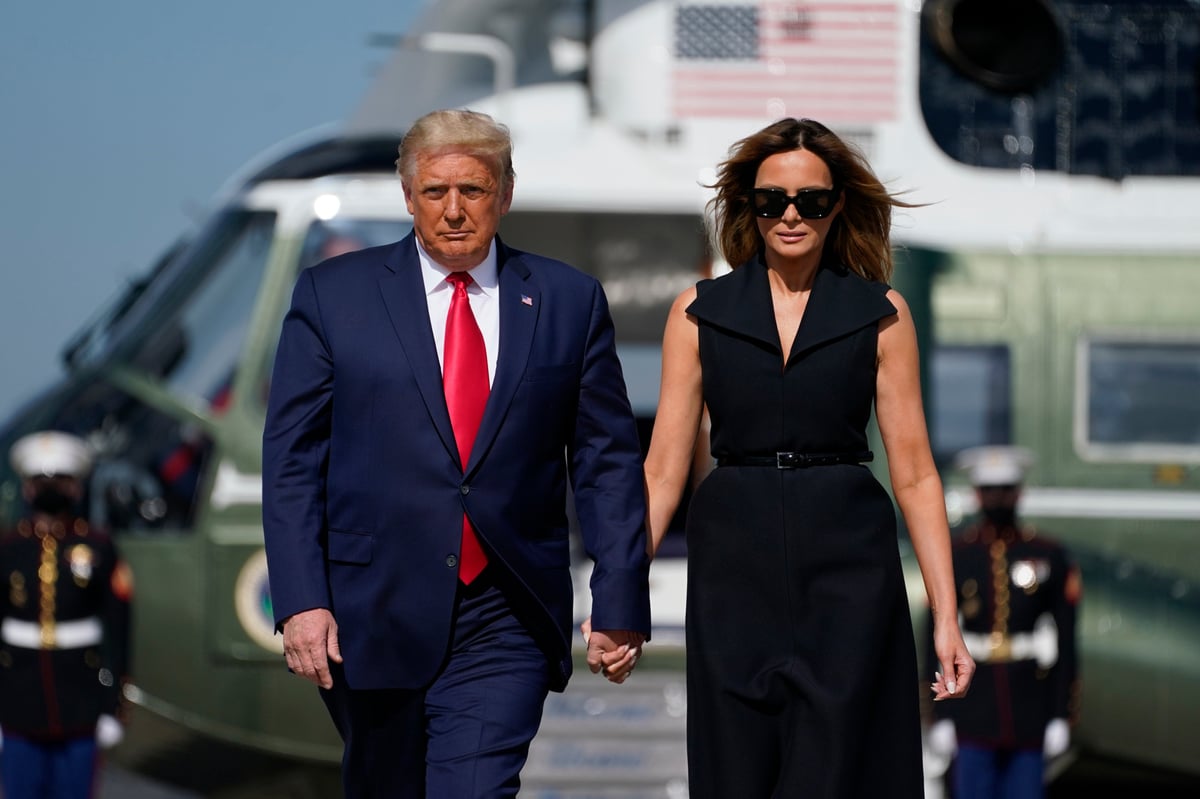 For journalistic record, Melania's office has indeed denied that she has a body double (but of course they would??)

When she realises we're onto her.

So is this theory reliable in any sense? No, absolutely not.

But as the election day edges closer and it looks like we may not be seeing Melania Trump in the white house again, we thought we'd dedicate this story to Melania (in all her real and fake forms).

We love your style girlfriend.

Reply
Upvote
I really hope one day this is revealed to be true, because that would be hilarious.
C
cat 2 years ago