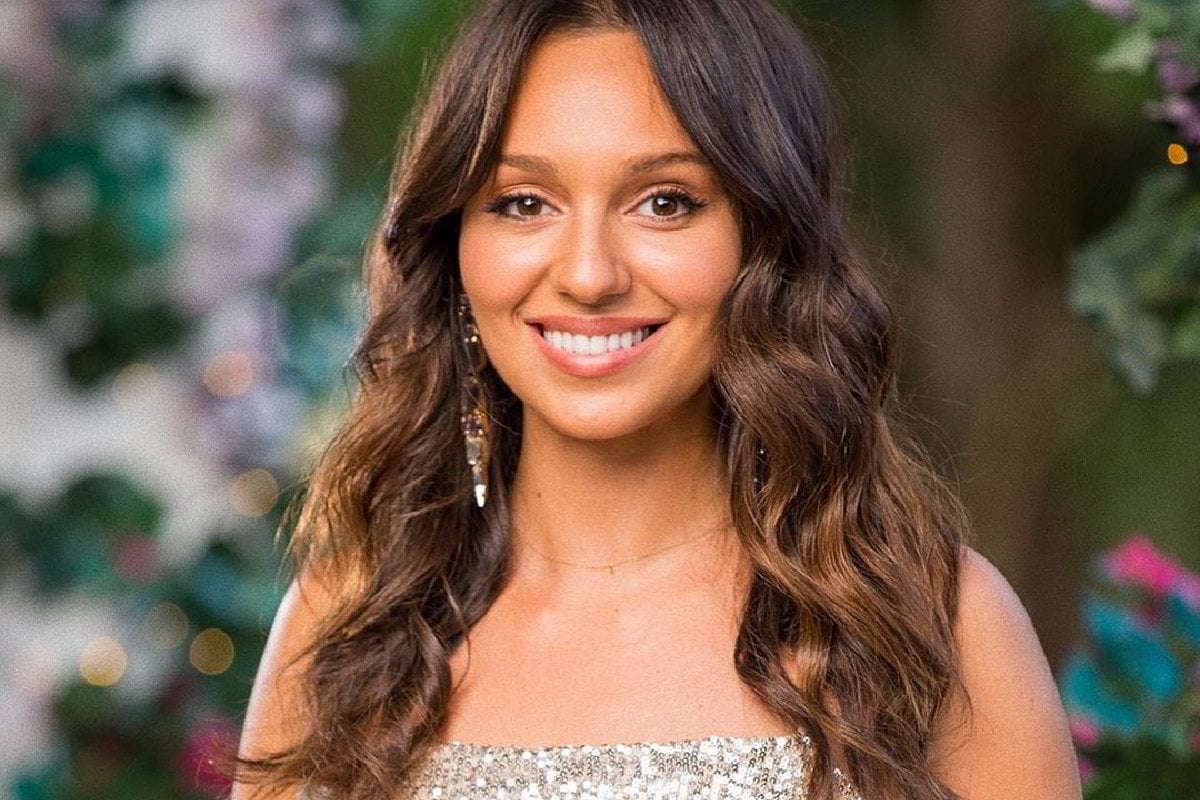 Each week, the pool of contestants on The Bachelor gets smaller. And with that, our pick for the winner changes.

When the season began, we were certain Bella would win. Then we got a little unsure and decided it would be nurse Irena instead. Now, maybe newcomer Bec???

But now after some extensive digging, we've come to the conclusion that Bella definitely does not win.

But how do you know that?

From small hints to obvious clues, here's every reason to suggest that Bella Varelis does not win this season of The Bachelor.

She's been spotted with an ex-Bachelorette contestant.

This week, Bella and contestant Bec Cvilikas were spotted at a beach in Sydney's Eastern Suburbs. Ex-Bachelorette contestant Nathan Favro joined them.

In photos obtained by the Daily Mail, Bella and Nathan were in the water looking rather close, however, in a recent interview with the publication, Bella shut down any rumours that suggested anything more than friends.

"Nath and I have been friends for years, it's purely platonic. I've been pretty hurt by the online hate I've been getting and he's been one of the many friends who has been there for me recently," she said.

Although she denied having any romantic connection with the fellow reality TV star, it seems odd that she's out with him and another frontrunner if she's the supposed winner.

Her fight with Irena.

On last week's episode, the frontrunners and best friends (do you see the slight problem there?) Irena and Bella had a big fight. So big that they ended their friendship.

It all started when Irena said to Roxi and Maddi, "It just upsets me because Bella thinks that she's the only person that Locky's interested in. I try to take the high road but I just feel like I'm constantly the loser in this friendship with Bella. I think [our] friendship's done now."

And Bella told other contestants that Irena had been bragging about her relationship with Locky.

"She took advantage of how close I was with her," Bella said.

The high school drama continued when the girls actually spoke to each other. 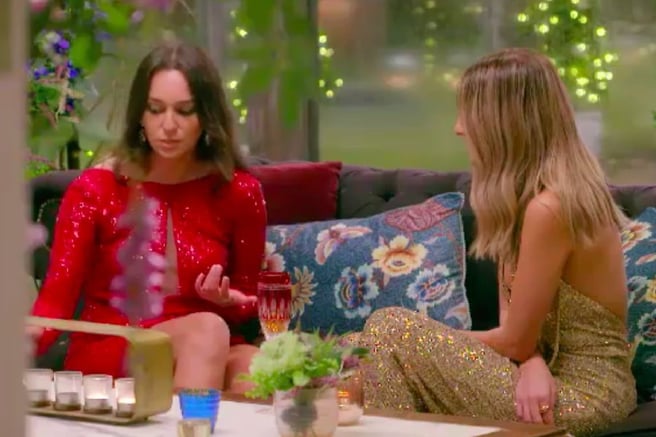 "Great. Friendship done. I'm over your bullsh*t to be honest. You're a manipulative little bi*ch," Bella concluded as she walked away.

This week, the rivalry intensified.

Something about this behaviour doesn't exactly scream 'winner' to us.

Tension between Bella and Irena has been brewing for a while.

It seems that fight was the final straw.

When speaking to Mamamia after her elimination, Roxi Kenny shared that their argument reached boiling point when they returned to the mansion.

"So that kind of transpired during COVID because they had free reign to talk to Locky as much as they wanted and I guess the jealousy aspect kind of took over and it turned into a bit of a competition," Roxi told Mamamia.

"They kind of had a bit of beef during COVID and coming back into the mansion, that's when you kind of saw it pop off because they're back together in the house. That's where it stemmed from."

When it comes to the winner of The Bachelor, bookies are generally on the money (literally).

And while Bella has been frontrunner in their books since the beginning, that's now changed.

A confrontation with Locky.

In Wednesday night's episode, we saw Locky confront Bella about her fallout with Irena.

"I'm actually pretty upset. I have seen a side of Bella that I didn't think I would see," Locky said.

Bella explained to Locky that Irena has lied and manipulated her way through the competition.

While Locky responded, "She hasn't said anything bad about you, ever."

Then speaking to camera he said, "What Bella told me tonight won't change my opinion of Irena, but it may make me rethink my opinion of Bella."

It looks like Bella and Bec are living together.

This is a pretty big giveaway.

On Father's Day, Bella's father posted a photo of Bella, as well as one of himself, Bella and Bec Cvilikas.

The caption above wrote, "Best Father's Day ever with my beautiful daughter Isabella Varelis and newest-addition daughter, welcome to family Bec Cvilikas." 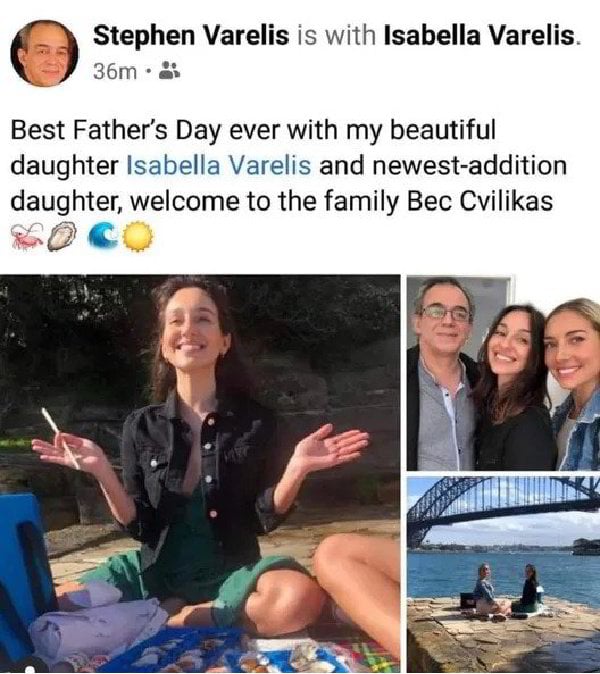 There are also rumours that the two women have moved in together in Bondi, which never happens if you're the winner.

Also, when last week's episodes aired, the two girls watched it together.

The leaked order for the final three girls.

After leaking basically all the women that go home this season, we have a pretty good idea of what to expect during the final episodes.

But now, they've leaked the order in which the final three girls go home (cmon, couldn't you have saved that spoiler?).

According to the host of the So Dramatic! podcast Megan Pustetto, the order goes, Bec goes home in third place, then Bella comes runner-up and Irena takes out first place.

I am feeling naughty! 😈 Sassy, boujee, nasty.. savage!! I am going to take a walk on the wild side tonight because why the f**k not?! This season has been a disappointing hot mess and it was ruined from the moment they rolled out that 17 year old budget red carpet! (But also please keep watching with me so I don’t have to suffer alone 🥺) 🌹🍿 #thebachelor #thebachelorau #gambleresponsibly

Bella Varelis does not win The Bachelor. Case closed.

Who do you think will win this season? Let us know in the comments.