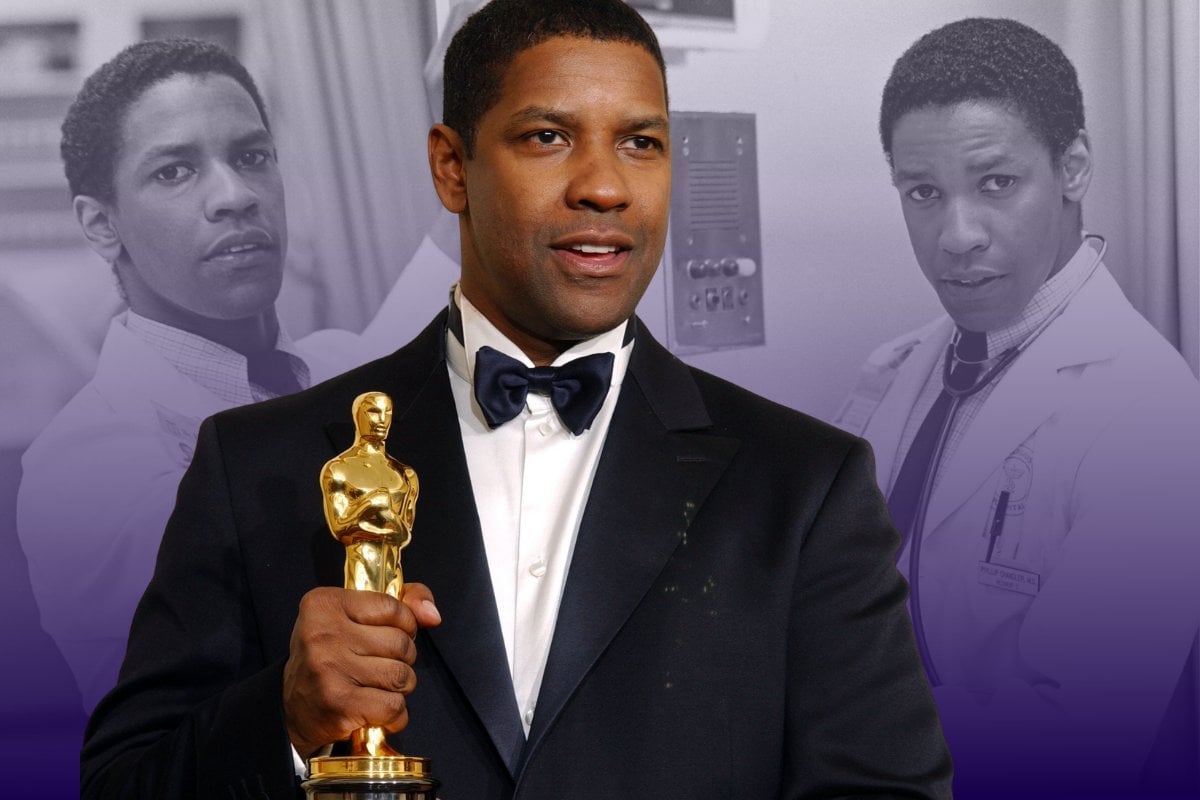 Over the past week, Denzel Washington has been making headlines after reportedly being one of the actors who helped defuse the incident between Will Smith and Chris Rock at the 2022 Oscars.

During the commercial break following "the slap", Washington reportedly joined fellow actors Tyler Perry and Bradley Cooper in speaking to an emotional Smith.

Later that night, while accepting the Academy Award for Best Actor for his role in King Richard, Smith shared what Washington had said to him.

"What I loved was, Denzel said to me a few moments ago, he said, 'At your highest moment, be careful, that’s when the devil comes for you,'" he recalled.

Denzel Washington was also nominated for the award Smith won for his role in The Tragedy of Macbeth.

It was his 10th Academy Award nomination, making him the most nominated Black actor in Oscar history.

Watch the trailer for The Tragedy of Macbeth here. Post continues below.

But it turns out, becoming an actor was never his plan.

Born in 1954 in New York City to a middle class family, Denzel Washington went to university to study medicine.

"I went to college to be a doctor," he told PopEater, via Digital Spy.

"I just took a class in acting because they said you can get an easy and good grade in it and I just liked getting good grades easily. It's still true!"

Taking that class, quite literally, changed his life.

Washington switched his focus and graduated from Fordham University with a Bachelor of Arts in Drama and Journalism in 1977.

Shortly after graduating, Washington made his acting debut in the made-for-television film Wilma, a biopic about the Olympic gold medallist sprinter Wilma Rudolph.

It was then he met his wife, Pauletta Pearson. 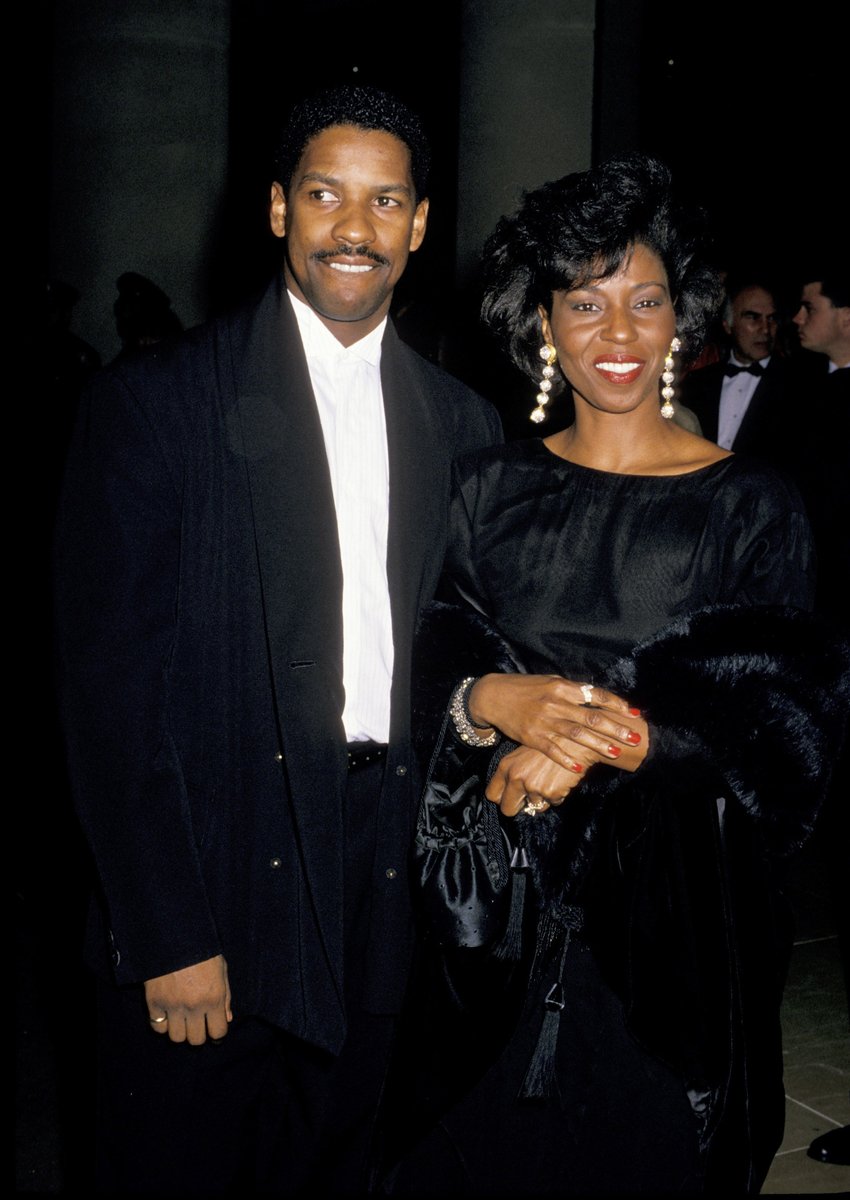 Washington and Pearson both played supporting roles in the film - he portrayed the husband of Rudolph, while she played one of the runners.

It wasn't until the following year they connected, first meeting at a party and then having their own real-life meet-cute at a play.

In a 1996 appearance on The Oprah Winfrey Show, Pearson recalled running late to a play and sneaking in while the lights were down, sitting in the first available seat.

"At intermission, the lights came up, and we were sitting next to each other," Pearson told Winfrey.

The couple married on June 25, 1983, and have been together ever since.

The year before the couple wed, Washington got his breakthrough role playing Dr. Philip Chandler on the 80s hit medical series St. Elsewhere. He played the doctor for six seasons, from 1982 to 1988. 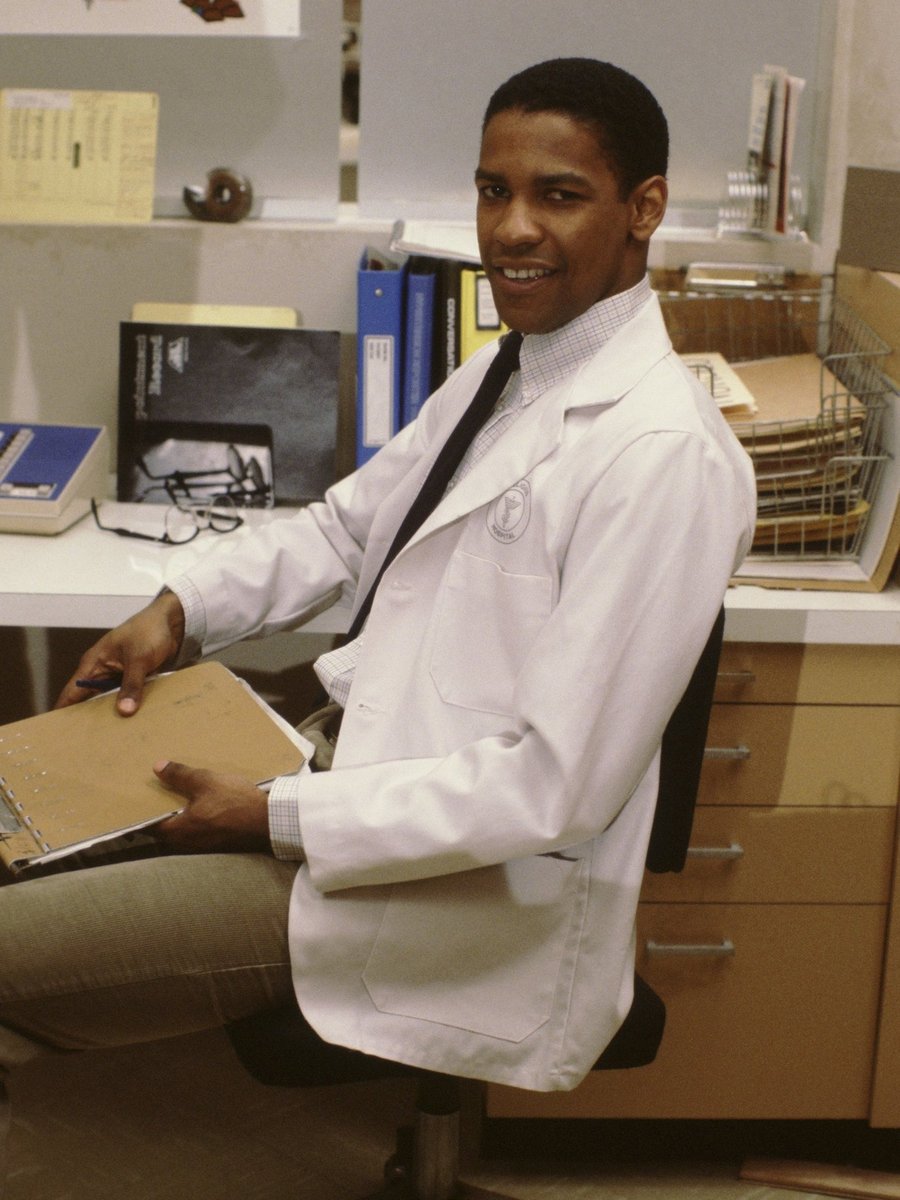 While working on the series, Washington starred in several motion pictures including A Soldier's Story and Power.

In 1987, he starred as South African anti-apartheid political activist Steven Biko in Cry Freedom, for which he received his first Academy Award nomination for Best Supporting Actor.

From there, Washington's career soared. He's appeared in over 50 movies and has won widespread critical acclaim for his portrayal of real-life figures. 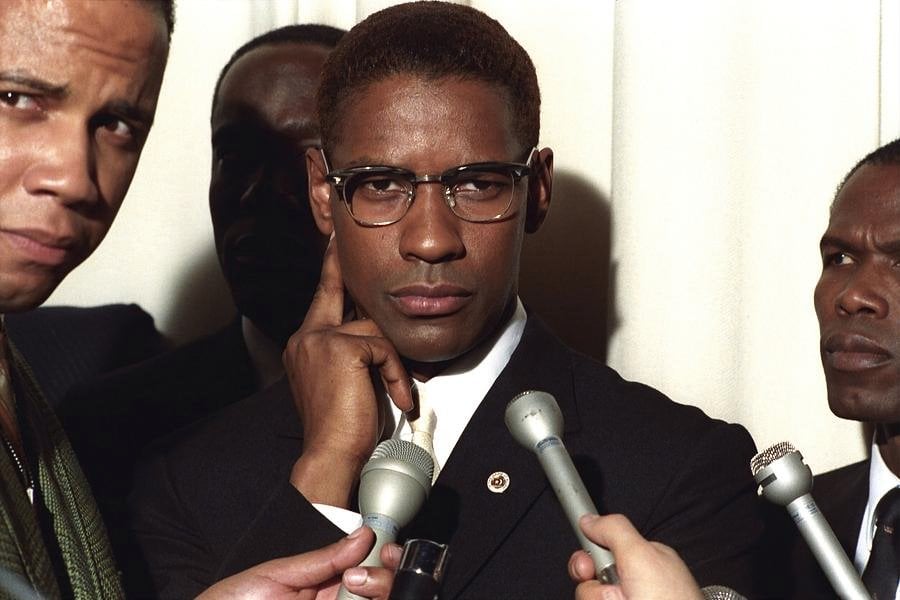 He also carved out a niche, appearing in action movies and crime thrillers including Training Day (for which he won an Academy Award for), Inside Man and The Equalizer films.

Washington admits there's one role he turned down that he regrets.

Speaking to Jamie Foxx on Off Script, the actor shared that he passed on playing David Mills (Brad Pitt's character) in the cult classic psychological thriller, Seven.

Washington has also stepped behind the camera, directing films Antwone Fisher, The Great Debaters and Fences, which was nominated for an Academy Award, and performed on stage, winning a Tony Award for his performance in the Broadway revival of Fences (before turning into a film).

He says he prefers directing over acting.

Despite a staggeringly impressive career and critical appraise, Washington admits his job comes second to his wife and kids.

"Acting is just a way of making a living, but family is life. When you experience a child, you know that's life," he told The Washington Post.

He and Pearson have four children - John David, Katia, and twins, Olivia and Malcolm. All of them have followed in their parent's footsteps, in one way or another. 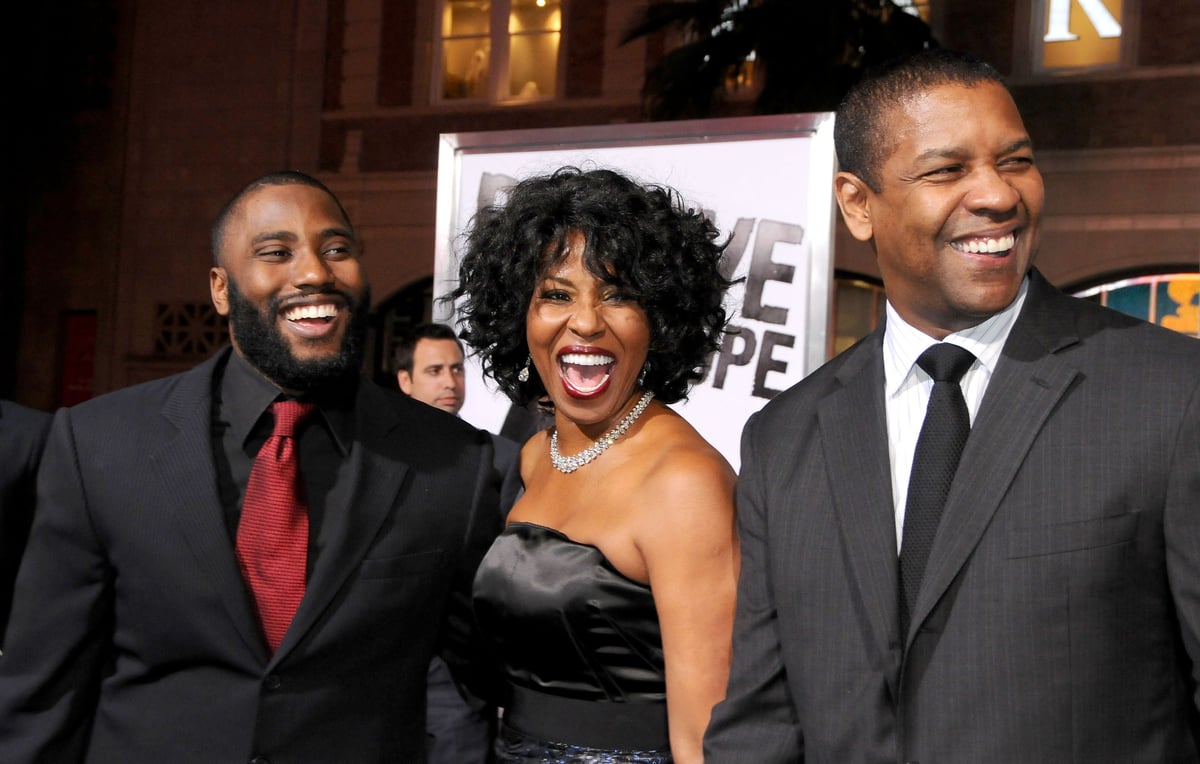 Katia is a producer who worked on her father's film Fences, and dramas including Pieces of a Woman and Malcolm & Marie.

Olivia is an actor who has appeared in films including The Butler and The Little Things, and Malcolm is a director, producer and writer who's worked on the film Chef.

And most notably, John David has become a leading man himself, starring in motion pictures including BlacKkKlansman, Tenet, and Malcolm & Marie. 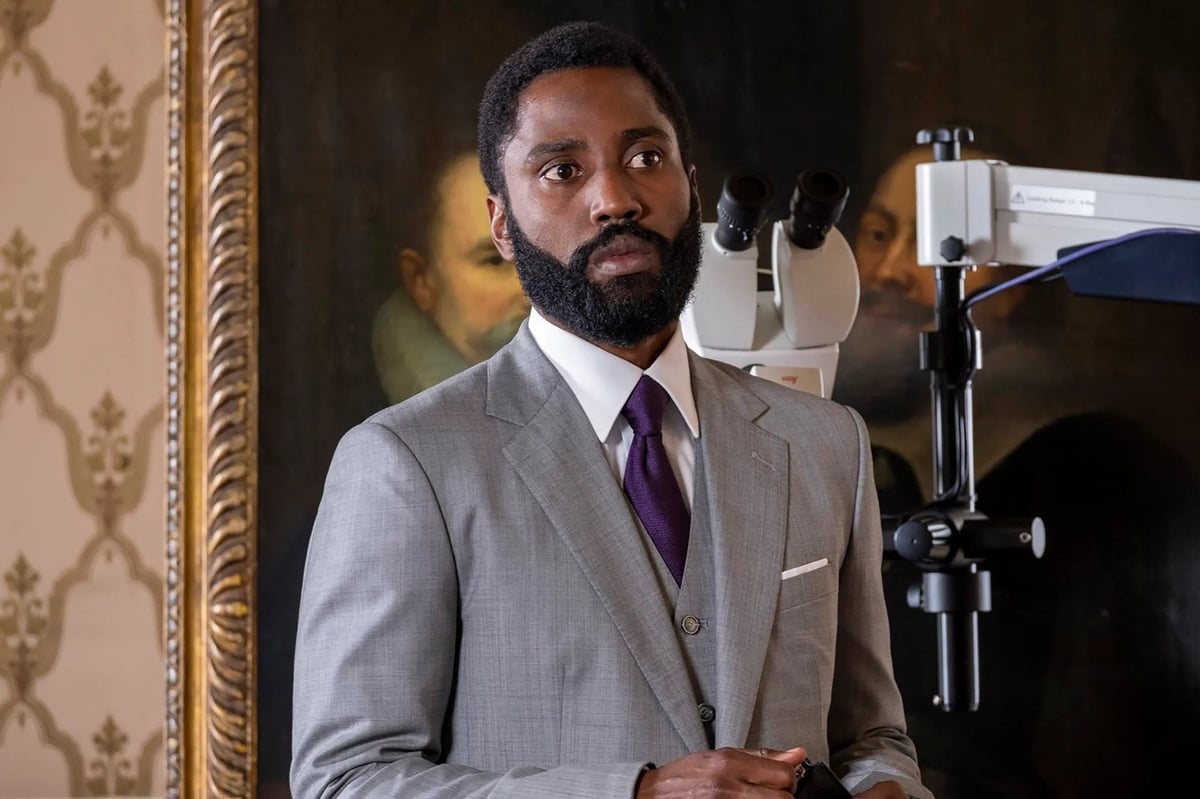 Washington, now 67, is also a devout Christian and a true believer in giving back to the community.

The actor famously paid for Chadwick Boseman to attend the prestigious Midsummer program held by the British American Drama Academy back when the future Black Panther star was a student at Howard University.

Boseman was one of the students who had auditioned and been accepted into the program, but would not be attending because he couldn't afford it.

"Imagine receiving the letter than your tuition that summer was paid for, and that your benefactor was none other than the dopest actor on the planet," the late actor said.

"There is no Black Panther without Denzel Washington."