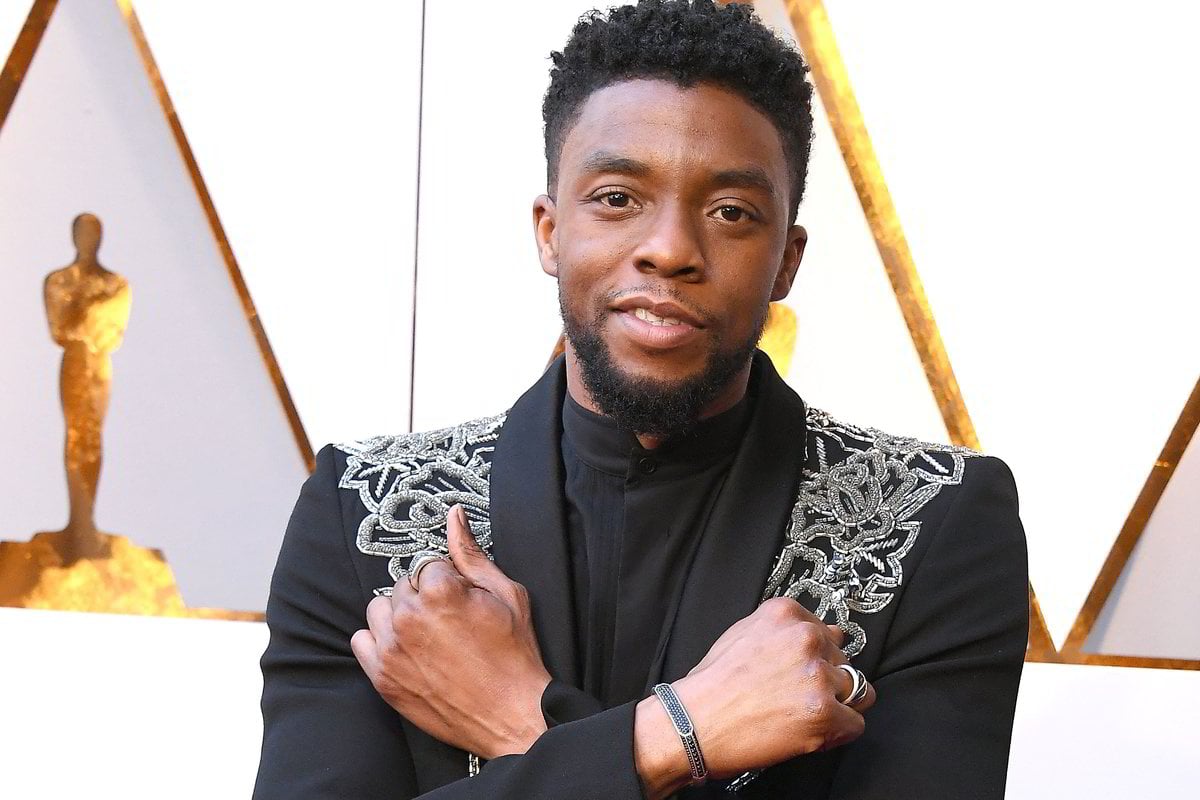 The world let out a collective gasp of anguish this weekend when it was announced that actor Chadwick Boseman had died from colon cancer at 43 years old.

Along with his critically acclaimed and groundbreaking performance as Black Panther King T'Challa in the Marvel Cinematic Universe, Chadwick also made his mark portraying a number of Black American leaders such as baseball great Jackie Robinson in 42, future Supreme Court Justice Thurgood Marshall in the legal drama Marshall and soul star James Brown in the musical biography Get On Up.

The news of his passing was first announced by The Associated Press and then confirmed via a statement on Chadwick's official Twitter account, telling the world for the first time that the star had been diagnosed with colon cancer in 2016.

He had then continued diligently filming the biggest movie franchise in the world despite his diagnosis and ongoing medical treatments.

Yet while the world is celebrating his life, talent and success and mourning such a tragic loss for his family, friends and fans, there is another important conversation that now needs to be had.

Before the world learned of his diagnosis and death, Chadwick Boseman's physical appearance was repeatedly questioned and critiqued in news headlines and even more viciously, in the comments section of his Instagram account.

In some cases, people went as far as to rip his appearance apart, saying he looked sickly, unattractive, questioning if he was on drugs and claiming that he no longer looked like the King of Wakanda.

The conversation around his appearance escalated on April 16 when he took to Instagram Live to share details of an initiative called Operation 42, which aims to help hospitals that serve African-American communities during the COVID-19 pandemic.

But instead of listening to the pandemic related information he was supplying, hundreds of commenters called out his appearance, with many expressing their anger and even repulsion at how he looked. 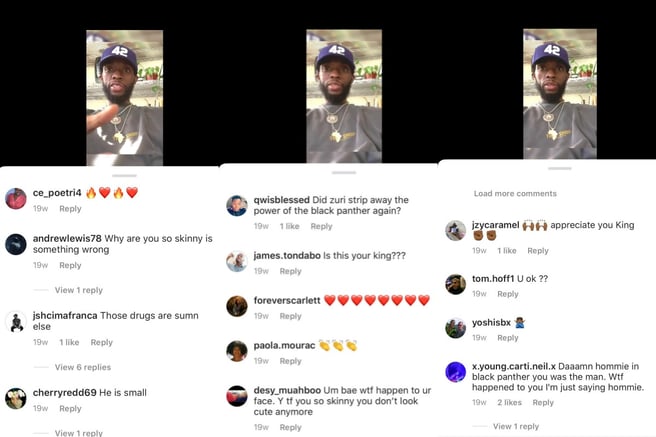 Of course, looking back now these comments ring with a different kind of pain for a man we now know was extremely ill. Yet he was still choosing to keep his condition personal and was also committed to continually using his platform to help others.

A statement from Black Panther director Ryan Coogler speaks of Chadwick's wish for privacy and summarises that keeping his illness out of the spotlight was to protect both himself and the people he worked with.

"Chad deeply valued his privacy, and I wasn’t privy to the details of his illness," he wrote. "After his family released their statement, I realised that he was living with his illness the entire time I knew him. Because he was a caretaker, a leader, and a man of faith, dignity and pride, he shielded his collaborators from his suffering."

It doesn't seem fitting to suggest that there's a lesson to be learned from the public's bad behaviour in the face of another human being's suffering and loss, but the actions toward Chadwick Boseman before his passing should never be repeated.

It's a conversation that we seem to be having on a loop as the years go by, about the danger of demanding explanations around weight changes and shaming people for how they look.

Yet our actions remain unchanged when it comes to how we critique and express ownerships over people's bodies and health. Especially those in the public eye.

It's a timely reminder, one that we should all carry in our minds and revisit with the same frequency as checking the weather, that other people are all fighting battles and hardships we'll never understand.

These comments of course are insignificant in the face of Chadwick Boseman's true legacy, the characters he brought to life, the charities he supported and the memories he created for the world.

It's more of a reflection of what needs to change in our own world and the values we hold, and maybe one day we'll let go of this obsession of brutally critiquing people for how they look.

Because the King of Wakanda deserved so much better.

Reply
Upvote
1 upvotes
Right, so you have a problem with people commenting on how another person looks?
I'm sure the orange man would be interested to hear that...
L
laura__palmer a year ago