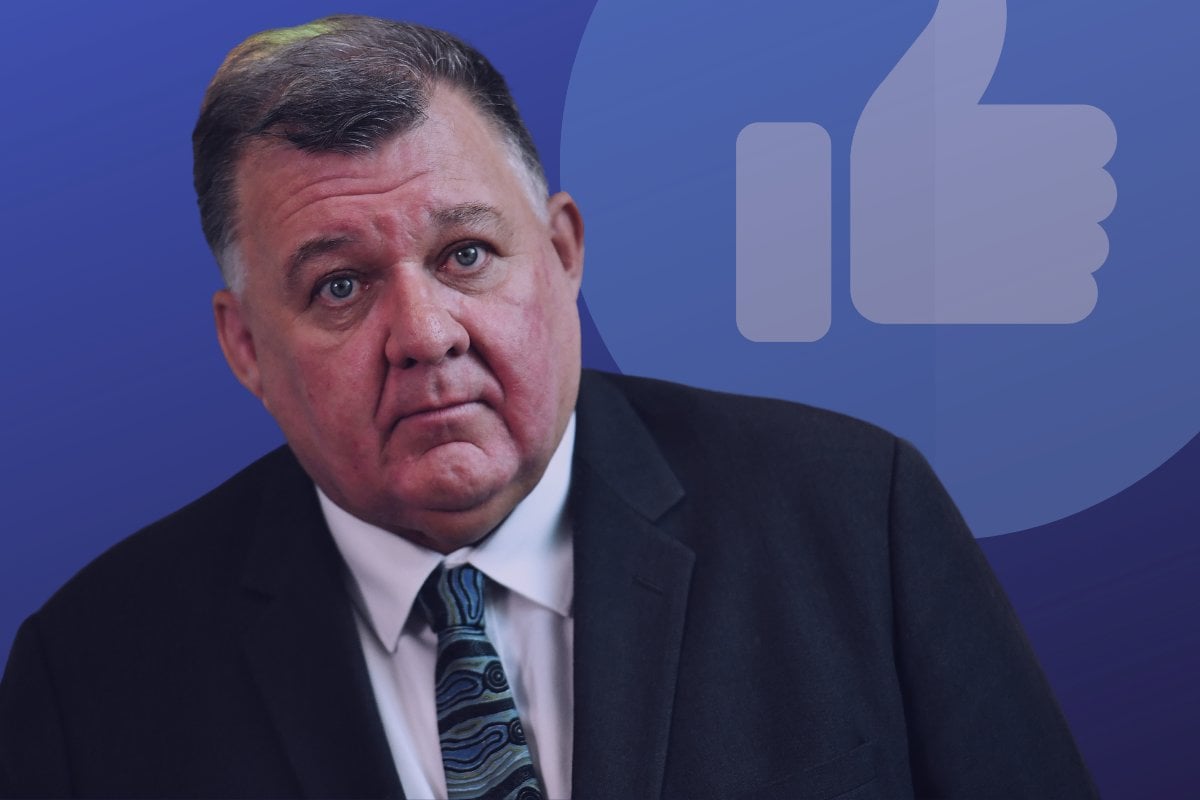 For months now, the government has had a thorn in its side.

Craig Kelly, the MP for the south Sydney electorate of Hughes, has gone rogue on Facebook, not just once, but numerous times.

Kelly has continued to push unproven coronavirus treatments which contradict government health advice, lament what he sees as attacks on 'free speech' by social media companies and deny climate science.

The Prime Minister, and presumably many other Liberal MPs, have been frustrated by his comments and the distraction they have caused.

Earlier in February, Kelly appeared on well-known conspiracy theorist Pete Evans' podcast, despite it being dumped by Spotify in January for spreading misleading content about COVID-19. This blew up in the media, was universally condemned by experts and forced Scott Morrison to, on February 3, finally pull him up.

Read more: From anti-vaccination to IVF policies: Everything we know about Pete Evans' move to politics.

The final straw appears to have been Frank Zumbo, a member of Kelly's staff who is the subject of an apprehended violence order against a former female colleague and under investigation for alleged inappropriate behaviour towards women.

Kelly stood with him, against Morrison's wishes. 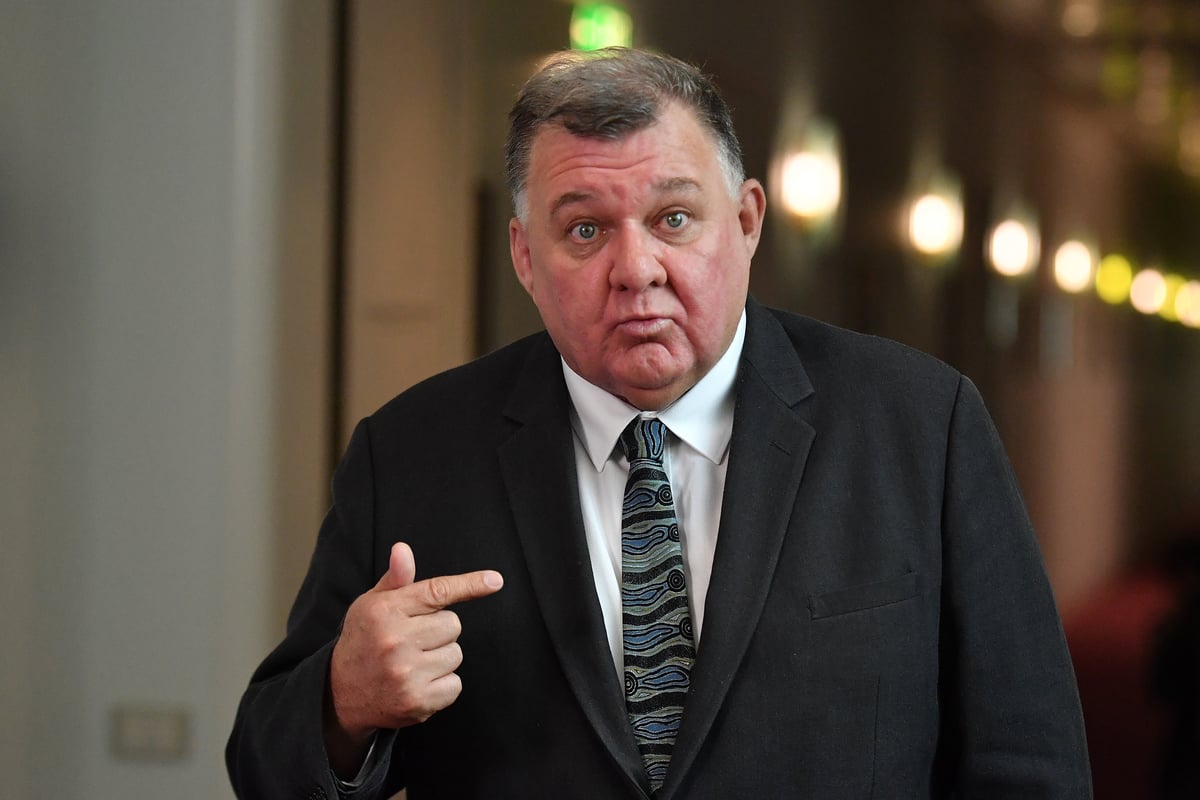 On February 23, Kelly quit the Liberal Party to sit on the cross-bench.

His resignation means the Coalition now holds a razor-thin majority of 76 of the 151 Lower House seats, but while that may provide issues for the government in future, the larger headache is that he intends to remain in politics as an independent, to continue pushing misinformation on social media.

Kelly was elected to Federal Parliament as the Member for Hughes in 2010.

An advocate for disability, he used his first speech to Parliament to describe the challenges of raising a son with Down syndrome and was appointed as the representative of the Coalition on the bipartisan committee overseeing the implementation of the National Disability Insurance Scheme.

The moderate faction of the Liberals have planned to challenge Kelly, part of the conservative faction, in his seat pre-selection more than once, but each time the party leaders have stepped in to secure his spot.

Pre-COVID, Kelly was making headlines for accusing the ABC of covering up information about the Indian Ocean surface temperatures, referred to the link between bushfires and climate change as "rubbish" and was called out for referring to a Good Morning Britain meteorologist as an "ignorant pommy weather girl" following a cross with the broadcaster.

After the downing of MH17 he angered the families of those killed for suggesting Russia's involvement should be "looked over" for the sake of good relations.

He has unashamedly pursued policies he believes will lower power prices at the expense of reducing carbon emissions.

And in 2017 he was a vocal voice against the same-sex marriage debate, accusing his colleagues of "breaking an election commitment" if they crossed the floor and forced a parliamentary vote.

He already had a strong social following when the pandemic hit, Kelly spent much of 2020 spreading increasingly problematic and misleading information about COVID-19.

He has used his Facebook page to promote conspiracy theories, likened requiring children to wear masks to "child abuse", and has been a very vocal champion for the use of drugs hydroxychloroquine and ivermectin, despite neither being approved in Australia to treat or prevent COVID-19.

Now, an investigation has been launched into workplace health and safety in Kelly's office following harassment allegations against senior aide Zumbo.

NSW Police are also investigating, after last year obtaining an AVO to prevent Zumbo from contacting a female co-worker.

Zumbo denies any wrongdoing and no charges have been laid.

Kelly had previously threatened to quit the Libs ahead of the 2019 election.

At that point, it was because he faced a challenge to his seat of Hughes, in Sydney's south, from within the party's NSW branch. His position was saved by Morrison.

Now the prolific social media poster will become an independent after acknowledging his prolific promotion of two unapproved drugs was a drag on the government.

"My conduct has not helped the boat go faster," he told Coalition colleagues after resigning on Tuesday.

"I don't want to be that sea anchor holding us back." 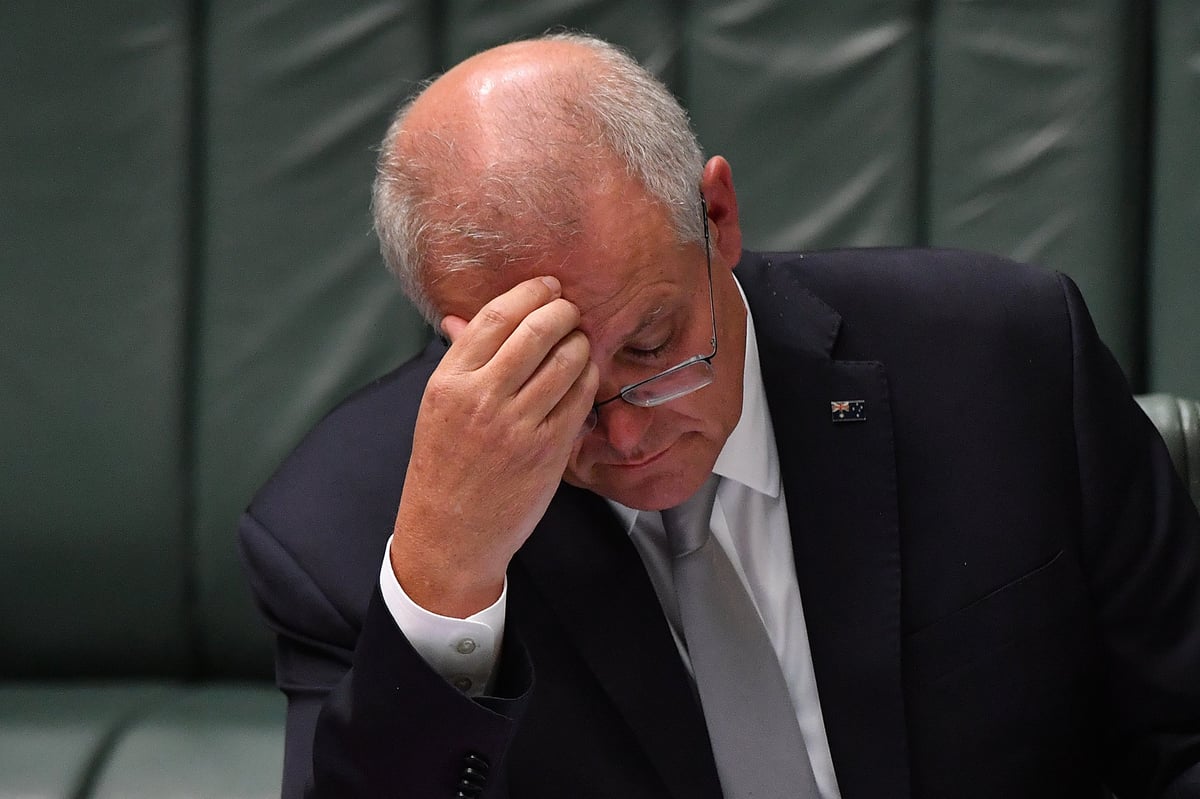 The announcement came just weeks after Kelly assured Morrison he would support the vaccine rollout and limit his medical commentary.

In a resignation letter to the prime minister, Kelly said at all times he had acted on his conscience and beliefs.

"My only goal has been to save lives and ensure that my constituents and all Australians were not denied access to medical treatments if their doctors believe those treatments could save their life."

Kelly is also standing by his office manager who faces multiple harassment allegations from teenage interns.

The long-time staffer is also subject to an apprehended violence order by a female co-worker.

"He is entitled to natural justice and the presumption of innocence," Kelly told the ABC.

The former Liberal's switch to the crossbench means the Coalition now holds 76 of the 151 lower house seats.

He has promised to guarantee supply and confidence to the government.

Voters in the Sydney electorate have been brewing plans to find an independent candidate to run against Kelly at the next federal poll.

What does this mean for the government?

The ABC reported while his decision came as a shock to many, some Liberal MPs are pleased they will no longer need to publicly defend the contents of Kelly's Facebook posts.

Kelly has already been posting whatever he wants, but now he can do so without a boss to answer to.

It certainly takes the heat off Morrison to discipline a rogue MP.

This also frees up the Liberal Party to select a new candidate for the seat of Hughes - which the moderate faction of the party has attempted to do in the past.

Kelly will now sit on the cross-bench, but he has promised to guarantee supply and confidence to the government - which is important since his resignation leaves it with only a one-seat majority.

A tied vote on the Senate floor is now possible if Labor and all crossbenchers opposed it, though the majority includes Liberal Speaker Tony Smith who has a casting vote in the event of a tie.

The situation means that now each time legislation is considered, there will be an important question to ponder: What will Craig Kelly do?

If unforeseen circumstances take out another coalition MP, the government could become a minority.

"He was elected under the Liberal Party's banner in his electorate and he was a member of our team," he told the Nine Network on Wednesday.

Labor's Chris Bowen had a different take: "The Member for Hughes has done what the Prime Minister didn't have the courage to do and sacked himself from the Liberal Party".

Reply
Upvote
Craig Kelly quotes a particular doctor or scientist when he speaks about the drugs, hydroxychloroquine and ivermectin being used to treat Covid19.
Who is this doctor/scientist and why isn't his opinion relevant?
M
mamamia-user-482898552 a year ago

Reply
Upvote
@james b Perhaps because it's someone who calls themselves a doctor or scientist on any number of conspiracy theory websites?
J
james b a year ago

Reply
Upvote
@mamamia-user-482898552 Do you know that for certain, or are you just making an assumption?
" immunologist Robert Clancy, an emeritus professor from the University of Newcastle".
He doesn't sound like a conspiracy theorist, in fact he sounds like an expert we should probably be listening to?
K
katp a year ago

Reply
Upvote
@mamamia-user-482898552 He's an actual doctor. I assume doctors disagree on things quite frequently. My understanding is that there is statistically not enough robust evidence for using those drugs. Which doesn't mean that they don't work, just that there is no evidence-base and so therefore can't be recommended. There are some good and objective articles explaining more thoroughly than I can here.
L
laura__palmer a year ago