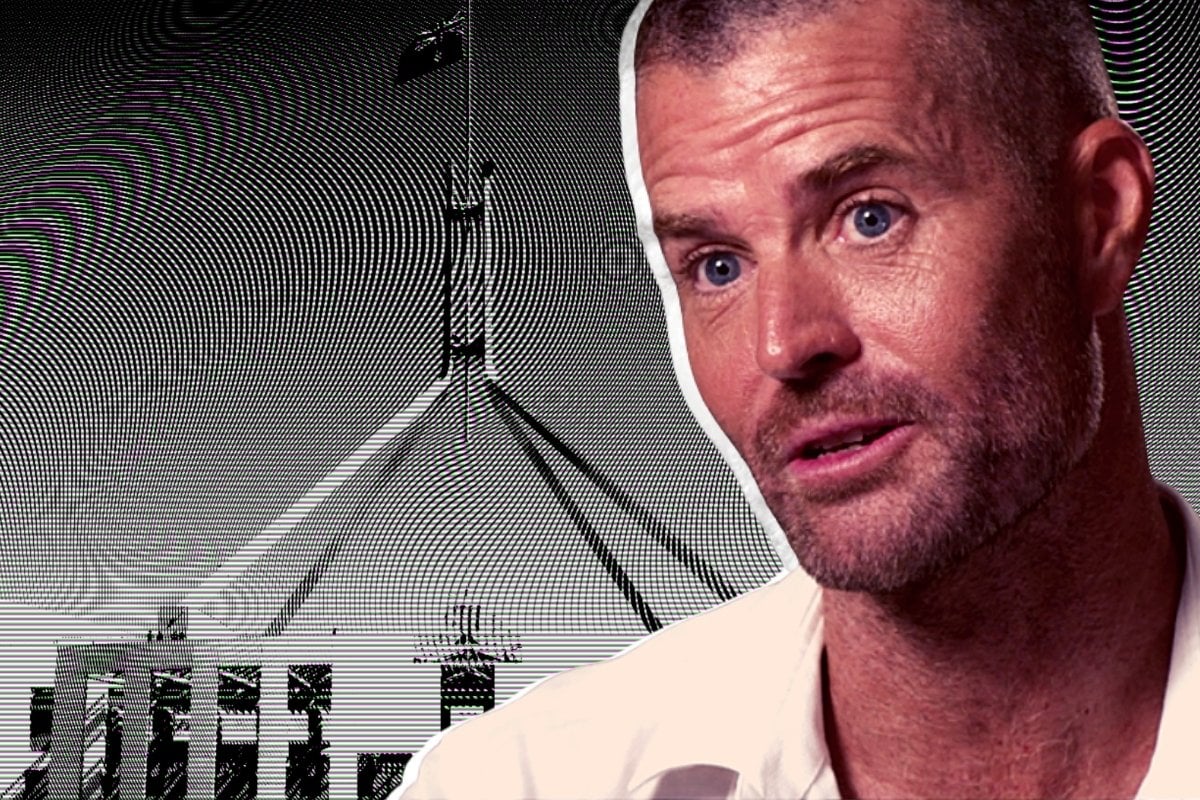 A lot of words have been used to bookend the name Pete Evans. Celebrity chef. Controversial. Outspoken. Popular. Dangerous...

If things go according to his latest plan, that list could include another word: Senator.

On Friday morning, former One Nation senator Rod Culleton announced that the former My Kitchen Rules judge has joined his Great Australian Party and will stand as a NSW senate candidate at the next federal election.

"Pete Evans has consistently demonstrated courage in exposing matters of public information and interest, provoking much needed debate despite personal cost to himself," Culleton said in a statement.

"I believe Pete Evans will effectively and diligently represent GAP's growing membership base and all NSW constituents. Pete possesses the essential attributes required to challenge the status quo and restore the rule of law as defined in our constitution."

Pete Evans has been approved to run as a NSW senate candidate for the Great Australian Party. pic.twitter.com/qvomivlRMW

The news comes on the back of a headline-grabbing year for Evans, who has become somewhat of a beacon for conspiracy theorists — from anti-vaxxers, to QAnon followers and pandemic deniers.

In April 2020, his company was fined more than $25,000 by the Therapeutic Goods Administration after he promoted an "energy healing" device called a 'BioCharger' to his 1.4 million Facebook followers, claiming via a live-stream that it could be used in relation to the coronavirus. The item was available for purchase on his website for close to AU$15,000.

In November, Evans posted a black sun Nazi symbol to social media that saw him dumped by his publisher PanMacmillan, sacked from an upcoming gig on Network Ten's I'm A Celebrity... Get Me Out of Here, and had retailers including Big W, Coles, Dymocks, Kmart and Booktopia refuse to stock his books, food products and homewares.

The following month, Evans was banned by Facebook for repeatedly sharing misinformation about COVID-19. The chef-cum-influencer made numerous posts opposing vaccines and mask-wearing, and speaking on a New Zealand podcast in June described the pandemic as "a hoax".

With this bid for office, the Sydney man is now seeking a different kind of platform altogether.

What is The Great Australian Party?

The Great Australia Party is a small political party whose ethos is "the restoration of the Commonwealth".

It began back in 2017 as the Power to People Party, before Culleton jumped on board and engineered its rebranding as The GAP.

This new iteration was formally registered with the Australian Electoral Commission in April 2019 and fielded 10 candidates for the Senate in the Federal Election that year. The party received 34,199 first-preference votes nationally, equivalent to 0.23 per cent, and none of the candidates gained a seat.

What does The Great Australian Party stand for?

The GAP's platform is this: "The Commonwealth Constitution dictates that you are the 'Supreme, Absolute, Uncontrollable Authority' in this country. As such, it is now high time to give the power back to the people of this great country."

Its policies are wide reaching and steeped in nationalism and libertarianism.

Prime Minister, you talk like Victorian’s have a choice, they don’t! https://t.co/vnWPLkr8K5

In announcing Pete Evans' candidacy, Culleton said the chef had proven himself to the party's selection committee by presenting "unwavering commitment to advancing the freedom of all Australians".

"Pete Evans has maintained his principles and inspired others in the face of uncommon adversity," the statement read. "Pete is fully supportive of the GAP ethos, supporting restoration of the Commonwealth and the preservation of democracy in Australia."

Pete Evans is yet to comment publicly beyond sharing news articles on the announcement. But he did tease the announcement in January by sharing the party's logo on Instagram along with a quote from 18th Century political philosopher Edmund Burke: "The only thing necessary for the triumph of evil is for good men to do nothing."

Reply
Upvote
2 upvotes
Seriously, this person is a public nuisance. He maintains a public profile by committing offensive acts and manipulated people to act against their best interests. Please stop promoting any of his ridiculous ideas.
P
petey 10 months ago