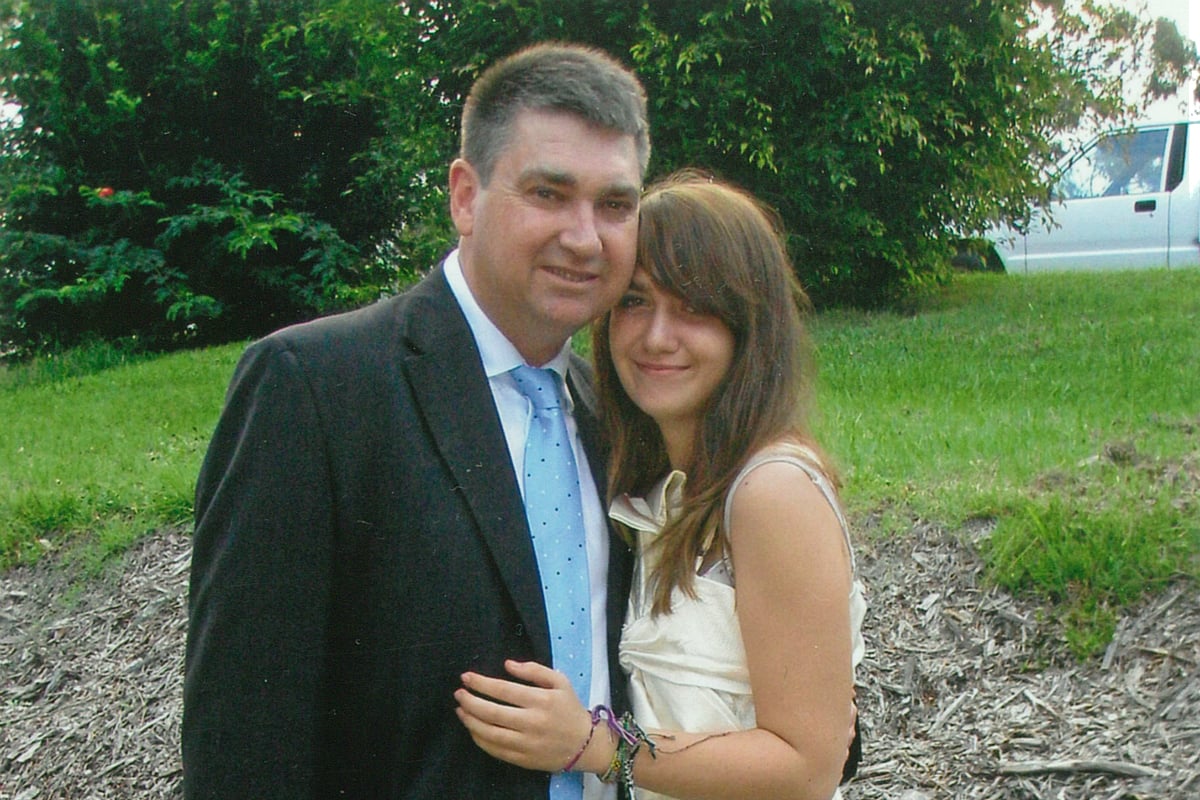 On May 26, 2019, I received an early morning visit from the Victoria Police Homicide Squad. Being a lawyer, I thought it must be about a client. I wish it was.

My 25-year-old daughter, Courtney Herron, had been killed.

As a parent, my worst nightmare had been realised. I'd lost my child; my first-born, my only daughter.

The following weeks were a daze. I kept hoping it was not true.

"My daughter's name is etched into Melbourne's consciousness."

Courtney was a powerful advocate against gender-based violence.

It is a tragic irony that an evil man — an accomplished and violent perpetrator against women — took her life. And in such horrible circumstances.

She had met her killer, Henry Hammond, the previous evening. He approached her to ask for a cigarette. They shared a conversation, went out for a meal, went to a gathering with her friends. Then, as they walked together through Royal Park that night, he took her life.

When Courtney’s body was found, it took Assistant Commissioner Luke Cornelius to reference that this was "about men’s behaviour (to women)." He was right. 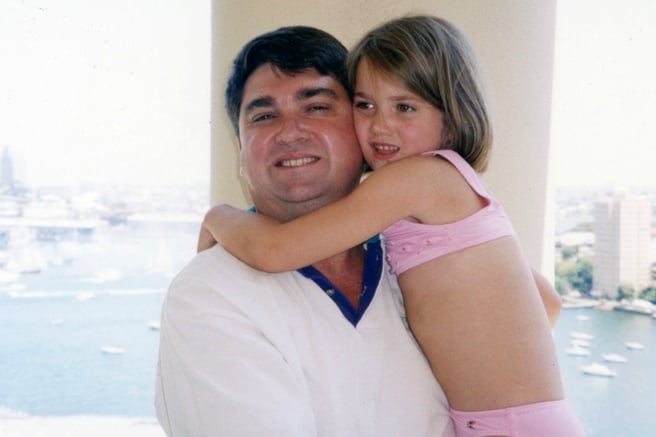 Now my daughter’s name is etched into Melbourne’s consciousness for all the wrong reasons. Now she joins the names of Jill Meagher, Eurydice Dixon and Aiia Maasarwe, among others. And my name is forever linked to the remaining parents of these murdered women.

Yet despite these lives taken, there seems to be little change. Women are hurt — or worse — on an industrial scale. Just for going outside or while in their own home.

It's an issue I've seen from another side, too.

As a small-town lawyer, I am on the front line, at what I call the apex of violence against women: where family and criminal law meet. ﻿

What would seem like a quiet street, often hides dark secrets to which I am privy. ﻿I also volunteer weekly for St Kilda Legal Service, and I see the problem amplified by the use of methamphetamines. That space is truly out of control.
﻿

Since Jill Meagher's murder in 2012 and the subsequent Victorian Family Violence Royal Commission, there has been some good work done. That is the result of some tremendous efforts by governments and the dedication and passion of people I encounter every day.

But resources are stretched thin, and there are obvious cracks in the apex.

Courtney's case showed just how wide they are. 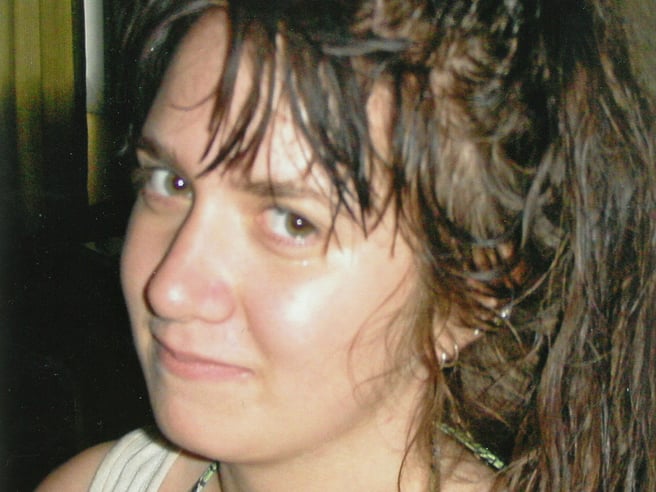 When Courtney was killed on that May night in 2019, it was only her first death.

Her second death came with the revelation that Hammond had been released early from prison in April 2019, having served just a few months for a violent crime against another woman. In circumstances that make a mockery of the legal system, a judge had sent this perpetrator out into the community four months early and wished him good fortune. Weeks later, he killed Courtney. So what is a woman's life worth?

Her third death came just this week. While there was no doubt that Hammond killed Courtney, on Monday the Crown accepted his plea of not guilty by reasons of mental impairment.

No parent could accept that verdict. I am compelled to fight; Courtney has to have a voice.

I hear your voices of outrage, too. I hear the utter despair of women who are suffering violence at the hands of these men. They see this outcome and wonder: if the State doesn't care, who will?

But people do care.

I know the passion of the people working in the family violence space. I know there are many dedicated, talented individuals and executives operating in the Victorian Government. Many. I see the volunteers at shelters, attending court and operating late-night telephones. These are truly the people that make a difference.

The tide is turning; it's just happening to slowly, especially at the apex of violence against women. And so I will keep speaking up, keep being Courtney's voice.﻿﻿

I remind the authorities that this is not just another legal matter and that on May 25, 2019, a young woman was killed in Melbourne. That woman was my daughter, Courtney Herron.

On a clear night, when I look up at the stars, I know one of them is her, shining down on us all.

If you or someone you care about is living with family violence please call safe steps 24/7 Family Violence Response Line on 1800 015 188 or visit ﻿﻿www.safesteps.org.au﻿﻿ for further information.

Reply
Upvote
5 upvotes
We remember your daughter, we honour her memory and we will never forget. Sincerest condolences, and thank you for everything you do in her name, and the name of women everywhere.
A
anonymous 2 years ago

Reply
Upvote
3 upvotes
The only way that the men in charge will do something about the violent men is if men start dying. As a mental health practitioner working in the family violence space, I am so exhausted by the waiting-for-change. How many more parents have to receive the worst news and worse, see their daughter's perpetrators avoid responsibility and for the system not to improve? We need long-term mandatory sentencing, ankle-bracelet monitoring of repeat offenders (or ideally jail) and oversight of judges who don't do enough, as a beginning. We need to hold Governments personally responsible for inaction. ScoMo - you've done NOTHING of any relevance. Build more jails, amend the laws.
If women started killing men at the rate women are dying, suddenly we'd see action on family violence.
M
michael 2 years ago

Reply
Upvote
1 upvotes
@anonymous But men are dying. Approx 80% of people murdered in Australia every year are men.  Every country in the world has violent people. I cannot see a solution to be honest.
C
cat 2 years ago

Reply
Upvote
@anonymous I’ve honestly wondered if we need a more ‘eye for an eye’ system. Every time a woman is killed, we hold a lotto and a random man is killed. Presumably the people who are so fine with the deaths of women will be equally fine with some senseless male deaths.
M
mamamia-user-482898552 2 years ago

Reply
Upvote
2 upvotes
@Michael Men on the most part aren't being killed by women. Conversely, most women are killed by men. Men and their actions are the common denominator here. However, it's women who are expected to modify their behaviour in response to the violence perpetrated by men.
M
michael 2 years ago