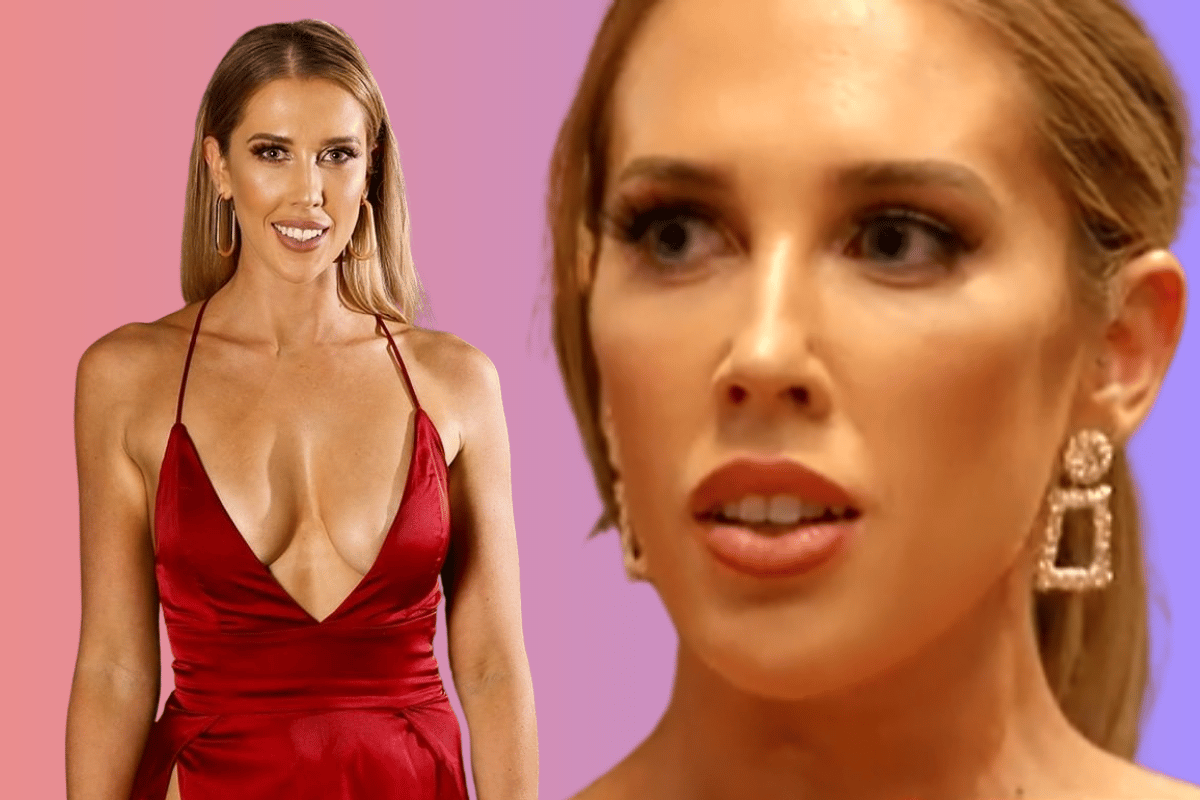 1. “I thought it was my brother.” Beck has made an official statement about ~that~ kissing video.

Beck Zemek has a few things to saw about that kissing video we saw at the MAFS reunion.

In case you missed all the drama, Beck was seen kissing another guy in a video she filmed while she was back home looking after her sick dog. However, when she was confronted with the video at the reunion in front of her 'husband' Jake Edwards, she initially claimed it was... her brother.

Of course, that didn't go over to well.

However, speaking to 9Entertainment, Beck claimed that she did apparently think it was her brother in the video, at first.

"The footage went so fast and I didn't even really know what it was. I thought it was my brother. I had a few visitors come and go I was just so excited to see people and everyone was helping me out," she told the publication.

"But when watched back I was like, 'I know exactly what this is' so I had to be open and honest."

She also said that at the time there "wasn't thought of anything sexual or of cheating".

"Obviously emotions were high, I haven't been home in months. We shared kind of like an exciting kiss when we initially saw each other and that was it."

"It was literally, 'Thanks you're here. Amazing. Let's do this. Let's help out' and that was that," she said.

"Looking back at it I can see how one hundred per cent it was a betrayal of trust. At the time in my emotional state I didn't see it or think of it as cheating. That wasn't saying it crossed my mind that I slipped up."

Beck went on to say that she is still in contact with the guy but the pair are just friends.

"That's all there is, and it's a friendship. Still in contact. As for a future, no. I can't tell the future but [he's an] all-around great guy."

2. Russell Crowe, and his plans to propose to his 30-year-old girlfriend.

We were today years old when we learnt that Russell Crowe has a 30-year-old girlfriend, who he apparently intends to marry.

According to Woman's Day, the 57-year-old actor is supposedly planning to lose weight before he ties the knot with actress Britney Theriot.

"Russell's doing everything he can to knock off the kilos. He wants to walk down the aisle looking his best," an unnamed source told the publication.

"He wants to be able to keep up with Britney," they added.

The couple were rumoured to be dating back in November and it's believed they first met while filming the 2013 film, Broken City, which they both appeared in.

While the pair aren't engaged yet, it's apparently not too far off.

"Everyone's buzzing that he's already bought a massive solitaire ring for her and they're expecting an engagement announcement any day now," the source said.

"He's finally healed his wounds after his ex-wife left him and he's ready to take that big step again."

Crowe was previously married to actress and singer Danielle Spencer, who he shares two teenage sons with.

3. Apparently, Jake contractually couldn't have a bad MAFS edit. He would like to dispute that. Publicly.

There's no denying this season of MAFS was wild. There was plenty of drama on-screen and even more rumours off-screen.

Contestant Jake Edwards was one of the many contestants that was involved in said rumours. And now, he's claiming some aren't true.

Speaking to Chrissie, Sam and Browny on Monday, Jake discussed the rumour that's circulating about him only staying on the show because he was contractually meant to get a "good edit". He told the radio hosts that it wasn't true.

"I know a couple of things have been said in the last 24 hours which has been very difficult to stomach, and a lot of it is completely not true," Jake said.

"It’s just complete lies that have been said, it’s actually really hard to kind of deal with," he said.

Jake, who suffers from anxiety and depression, also explained this false information has been damaging to his mental health.

"I’ve been waking up with fear and anxiety for the last six weeks about what’s been said and what’s been written," he said.

Since the show ended, Jake has been in a relationship with author, fitness model and mother-of-four, Sophie Guidolin.

4. Can you guess which MAFS brides and grooms walked away with the most Instagram followers?

It's no surprise that lots of people that apply for reality TV shows hope to walk away with a bigger Instagram following.

With previous Married at First Sight contestants, including Martha Kalifatidis and Jessika Power, now having full-time social media careers and hundreds of thousands of followers, it makes sense that new contestants now want that too.

Throughout the course of the latest season of MAFS, producers took away contestants phones and shared photos on their Instagram accounts for them. So, now that they all have access again, here's who walked away with the most followers.

5. Buckets of tears and a mushroom dessert: The 5 biggest moments from the MasterChef premiere.

Say goodbye to commitment ceremonies and dinner parties and say hello to mystery boxes and croquembouches because MasterChef Australia is officially back.

The new season kicked off tonight, and it's already made us realise just how sub-par our cooking skills really are. (That, and how much we missed Jock's accent).

Tonight we were introduced to the new crop of hopeful chefs hoping to take their place in the MasterChef kitchen and battle it out for the $250,000 prize money.

But not everyone made it through straight away, with many invited to cook again tomorrow night.

Here are five of the biggest moments from the MasterChef premiere. 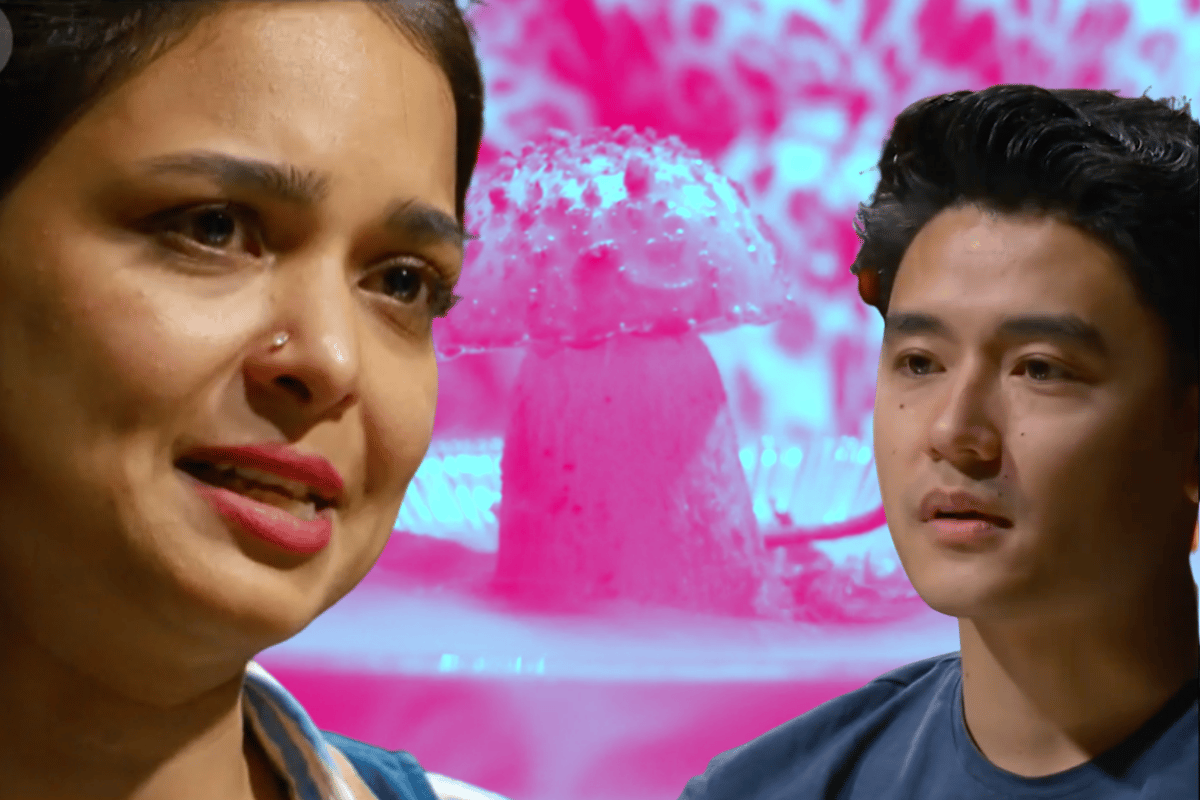 1. The moment Australia collectively fell in love with Brent.

Right off the bat was 31-year-old boilermaker Brent. And we'd be lying if we say we didn't love him already.

"My cooking style - it’s rough. It’s a bit like my face - really rustic and not refined at all," he joked.

He later admitted to the judges that he "already cried, like, six times".

"The fellas on the work site, if they see this – pfft gone."

When asked who he cooks for, Brent said, "For my wife... she's the love of my life and my son".

And this is exactly the wholesome content we need right now.

Of course, we aren't alone in the Brent fan club.

Bloody hell, Brent, I love you already, you legend #masterchefau

Brent must be protected at all costs. #MasterChefAU

For more of the biggest moments from the MasterChef premiere, read our earlier article here.