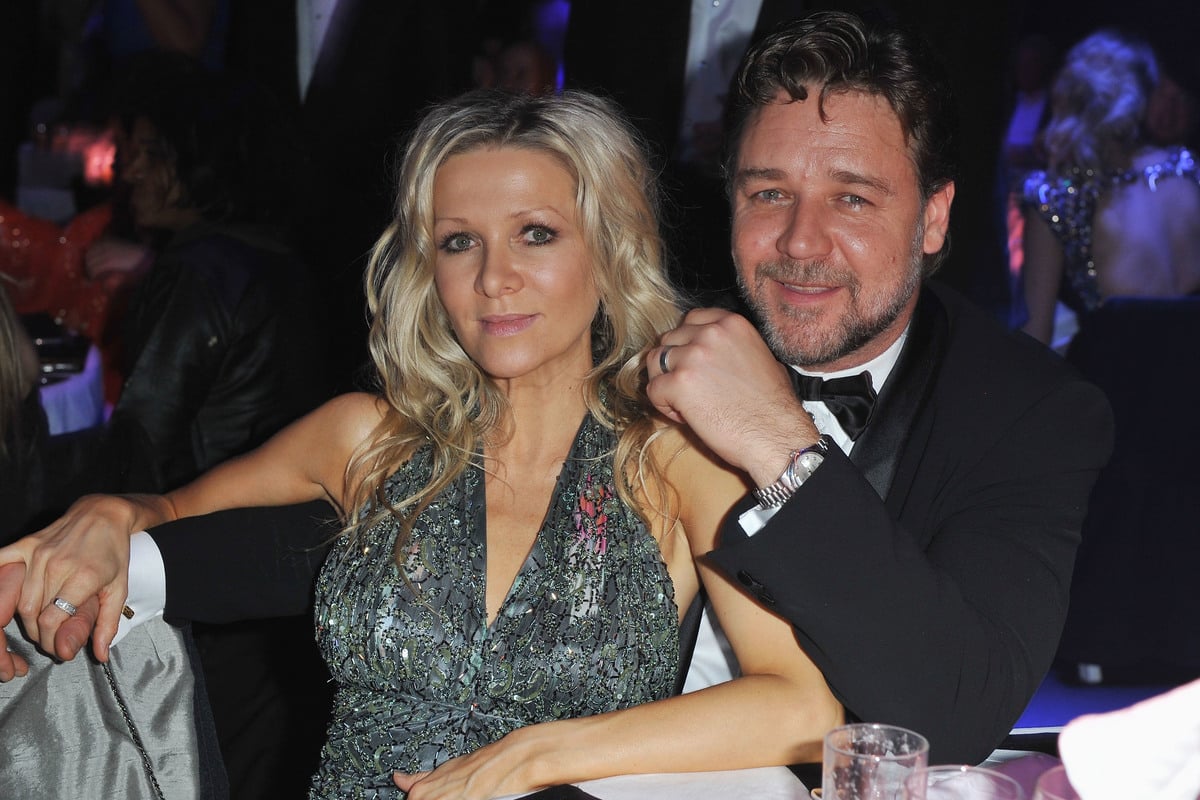 In 1989, on the set of The Crossing, a 24-year-old Russell Crowe met 19-year-old on-screen girlfriend Danielle Spencer and fell in love.

What followed was a relationship that would span two decades, two kids and two high-profile breakups.

"We came out of that relationship after a few years with no animosity, it was just circumstance," Danielle told the Daily Mail in 2010 of their first split.

"Russell was very ambitious and very set on moving to Hollywood, but I was younger and working on music as well as acting in Sydney, so I wasn’t ready to take the plunge. We were both too young to settle, but we always stayed in touch – and a strong friendship is a great basis for a relationship."

Watch: The trailer for The Crossing, where Danielle and Russell fell in love. Post continues after video.

They eventually rekindled their relationship and married in 2003 on Crowe's 39th birthday.

On the eve of their nuptials, Crowe gave a very frank interview to the Sydney Morning Herald, revealing that their wedding had been designed out of respect for their families, before they started trying for a baby.

"We thought the two of us, considering the ages that we are, at least owed our parents a public marriage," the actor said.

"My mother's been hoping for this to happen since the day I turned 16."

As their family grew, so did Crowe's career, with the actor starring in Hollywood blockbusters Cinderella Man, American Gangster, State of Play and Les Miserables (to name a few) while his kids were young. ﻿﻿﻿﻿﻿﻿

In a new interview with Stellar, Spencer, who is notoriously private, touched on that time with her now ex-husband, telling the publication: "It was difficult because I always felt that to keep our family together both of us couldn't be working and there came a point where I had to prioritise the kids, where they needed to be and their schooling."

"Obviously Russell’s career was going gangbusters and I just felt like, 'This is not my time.' I absolutely love being a mother and I wouldn’t change a thing, but I didn’t feel I could prioritise my career for a while there. The kids needed a parent who was present," she added. 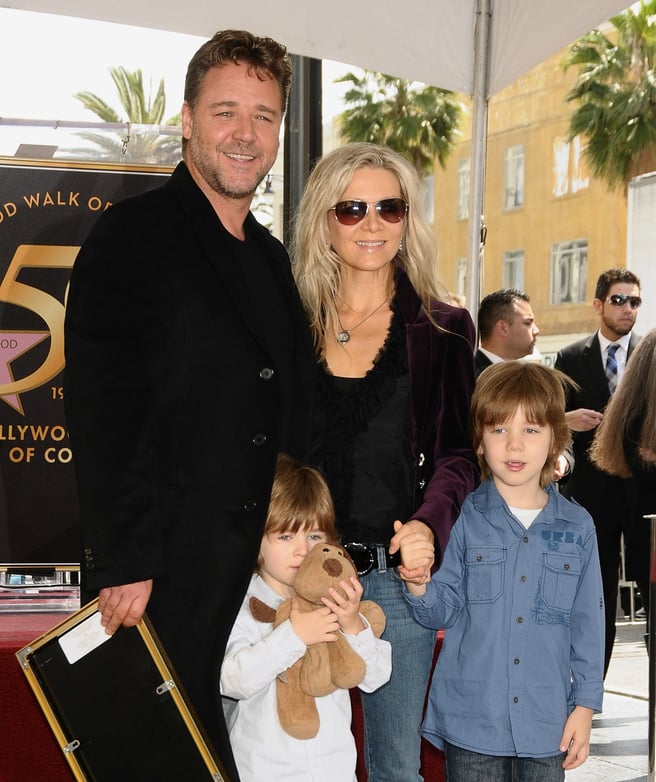 After nine years together, Crowe and Spencer split in 2012, and officially divorced in 2018. According to the Daily Telegraph, Crowe was reportedly "blindsided by her determination to separate and reluctant to accept it."

In the years that followed their split, Crowe told The Sunday Times in 2015: "I've loved Danielle Spencer since 1989 – that's never going to change – and that's one of those things where I stare at her and go, 'How did this fail?' I still can't work it out, because my feelings for her have never changed."

Asked if there was any chance of them rekindling their relationship, the 56-year-old responded: "Once I commit to something, I stick with it, so you never know..."

But during her first major interview since their split that same year, Spender made it very clear a reconciliation wasn't on the cards telling Sunday Style, "Obviously, I want to be on the best of terms with Russell... We have kids together, we’ve been friends since we’ve been teenagers. We’ve been on and off and in and out of each of other’s lives for a very long time. So, ending up in a place where we’re not friends, or we’re not able to get together for the kids and do things like the premiere or Christmas morning, or things that are very important for the kids, I think that would be a really sad place to end up."

A year later, in 2016, Spencer started dating Adam Long – who she remains happily with to this day.

It has now been eight years since she ended her relationship with Crowe, and as Spencer told Stellar over the weekend, they remain on good terms. 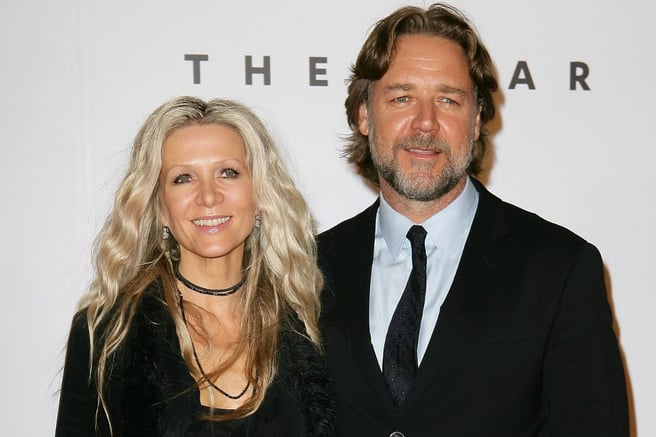 "The marriage ended, but that didn't mean our friendship ended. We've had holidays together in the past and we can happily sit down and chat," she told the publication.

"We have a lot of respect for each other and I consider him to be a member of my family."

In May, she posted a tribute on Instagram to director George Ogilvie, which included a hint of nostalgia to her younger years.

"He directed me in a movie called The Crossing and introduced me to Russell Crowe, the man I would eventually marry and have two children with," she wrote fondly.

The beautiful and talented soul George Ogilvie passed away recently. He directed me in a movie called The Crossing and introduced me to @russellcrowe , the man I would eventually marry and have two children with. Rest In Peace George.. Dx 💕

When their divorce was finalised in 2018, Crowe touched on the harder side of their split telling 2GB: "The process of divorce, no matter how positive you are and in agreement with the fact that you are separating, there are still a lot of really deep things to unwind."

While the boys mainly live with their mum in Sydney, they spend time with the actor on weekends [when he is in the city] and during school holidays.

Crowe has opened up about the reality of co-parenting telling Nova 96.9s Fitzy & Wippa earlier this year, "As you know, I'm divorced now, and like many other blokes who are out there listening, I have limited time with my kids. I don't get to wake up with them every day."

During the coronavirus pandemic the couple's boys opted to staying in the city rather than relocating to their dad's much more spacious and rural NSW farm, a decision he admitted to being a "little affronted" by considering the circumstances.

"They were like, 'No no, dad we’ve made the decision that, in a pandemic, we’re going to isolate in the most populous part of the country surrounded by the areas that have the most infections.' And I’m like, 'Guys, can I ask why?' And my youngest one, who is just too honest, said… 'Uber Eats,'" he told Jimmy Fallon.

Spencer might have taken the backseat during her children's younger years, but as she told Stellar, now that her sons are teenagers she is ready to take back her career, and is about to release an album and star in Channel Seven's The All New Monty: Guys And Gals.

On the other hand, Crowe has just released his latest movie, Unhinged, but relationship-wise he's kept that to himself.

Despite this, it has been rumoured for many years now that Crowe is dating Terri Irwin.