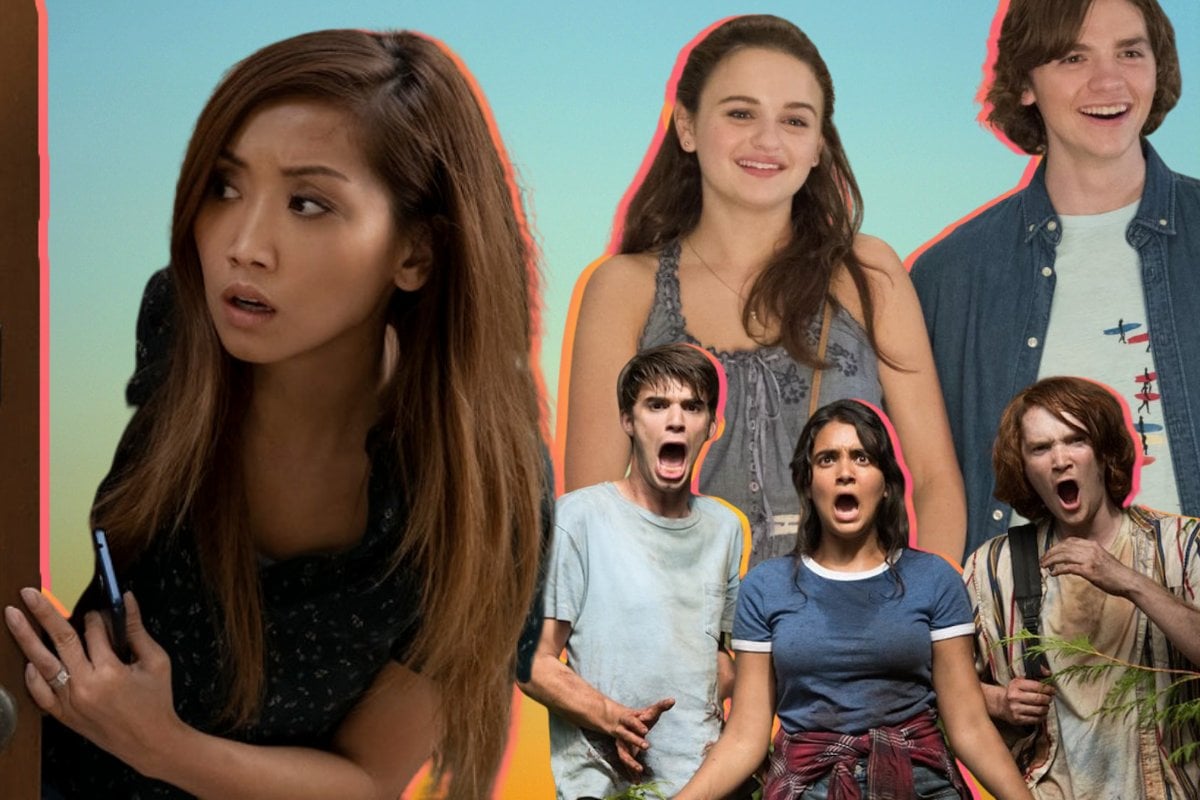 Netflix now clearly owns the 'endearingly bad' movie genre. Films that are so cliched, predictable and ridiculous that you simultaneously hate them and continue to watch to the very end.

In fact, Netflix has become so successful at this that when the streaming service releases an actually good movie, like To All The Boys I've Loved Before or Someone Great (come at me, I will defend this film until my dying breath) we're stoked.

Side note: For the purpose of this article, we are distinguishing the content Netflix makes with A-listers and awards in mind, à la Marriage Story and The Irishman from its... lower budget content. They're clearly on different levels. I'm also excluding Christmas content, because otherwise this would be a list of 50 festive movies.

Watch: Sierra Burgess Is A Loser Official Trailer, because you KNOW this is on the list. Post continues below video.

Sometimes, you just need a bad movie. The type you can watch while you sit on the couch and pay 20 per cent attention while doom scrolling Instagram, or roll your eyes at in bed while a little... hungover.

Below are nine of the worst we've ever watched, so bookmark this for when you're next feeling dusty or vulnerable. These Netflix originals will leave you feeling no better, but also no worse. 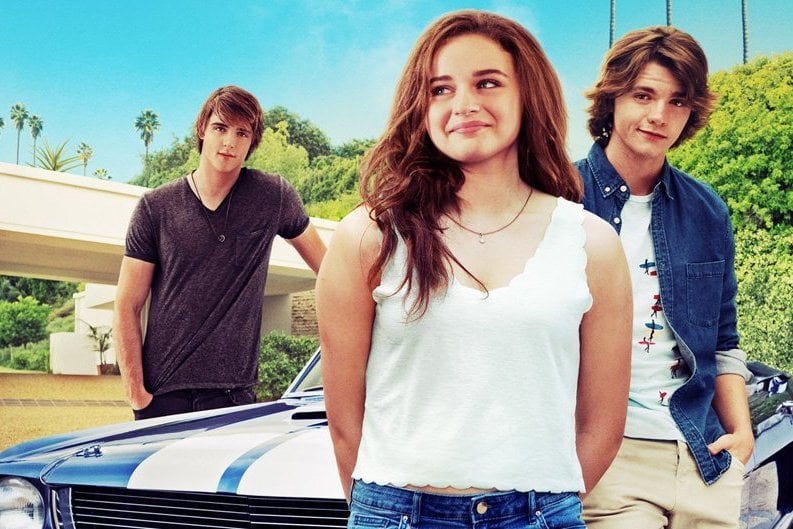 The Kissing Booth is so terrible, it gained a cult following. That is one hell of a feat.

It features basically every trope we know from rom-coms of the past (possessiveness, hot guy on motorcycle, etc) and wraps them up into one big problematic hit.

Basically, Elle is in love with her best friend Lee's hot older brother who is mean to them. Turns out, he likes her too and they have to keep it a secret from Lee.

Netflix claims one in three viewers has rewatched this, so we're clearly all suckers for punishment. And when you're done cleansing your eyes, you can enjoy The Kissing Booth 2. A third movie is also on the way.

Sierra Burgess Is a Loser. 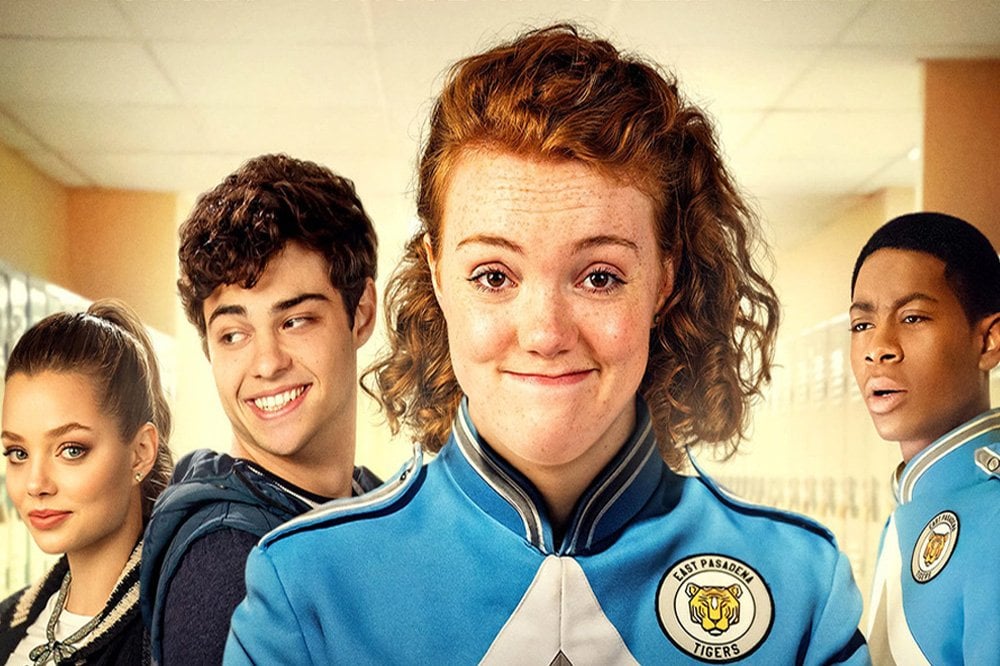 Noah Centineo started his Netflix career as Peter Kavinsky in To All the Boys I've Loved Before but he may have... peaked early. Sorry, Noah.

Sierra Burgess Is a Loser is about a high school 'loser' named Sierra, whose bully gives her number to football playing Centineo as a form of bullying. Sierra and footy Noah text and ~flirt~ as she tries to keep up the pretence that she's popular girl Veronica.

You can guess where it ends up: In a lesson about how it's what's on the inside that counts. But along the way, there's enough plot holes and ridiculousness to keep you going, in a 'why am I watching this' way. 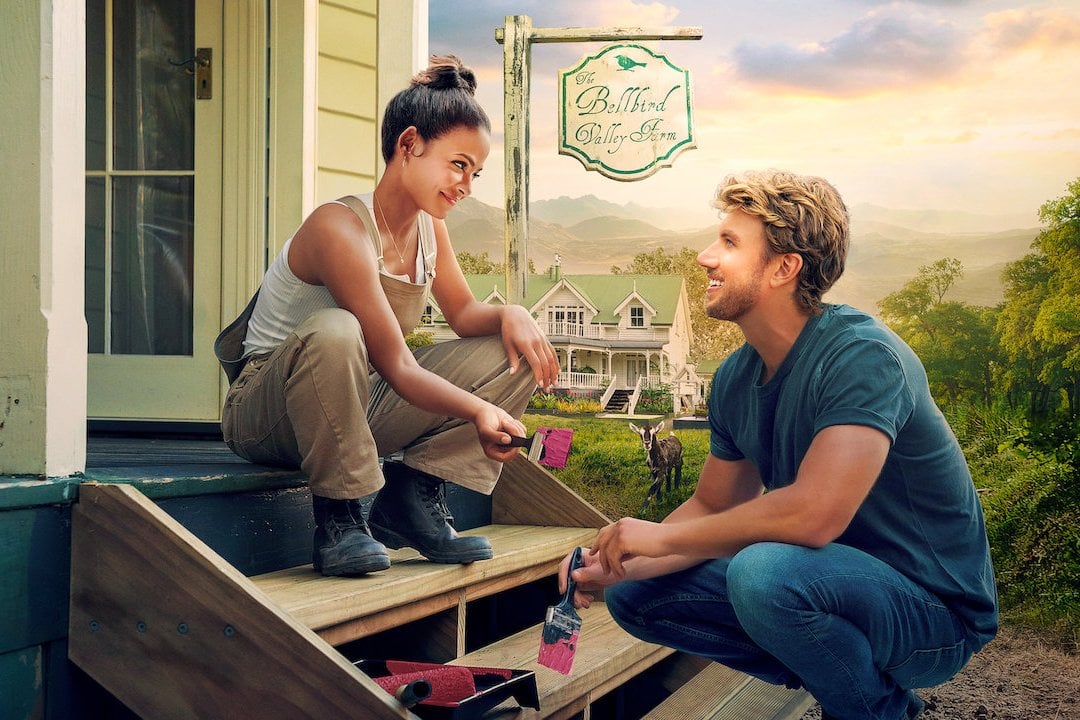 I suppose I should declare my bias: I'm a New Zealander and this film got so much wrong I was offended two minutes in. Then later in the film, the lead actor with an AUSTRALIAN accent took VEGEMITE on a picnic instead of MARMITE and my soul left my body.

Rude. Sloppy. An insult to my people.

But heck yeah I watched every damn second of this one hour, 38 minute monstrosity, where Christina Milian wins a Kiwi 'inn' (which is... not a word we use in NZ, but ok) and falls in love with a dude she initially clashed with. Groundbreaking stuff.

It makes no sense but is also a little bit charming. 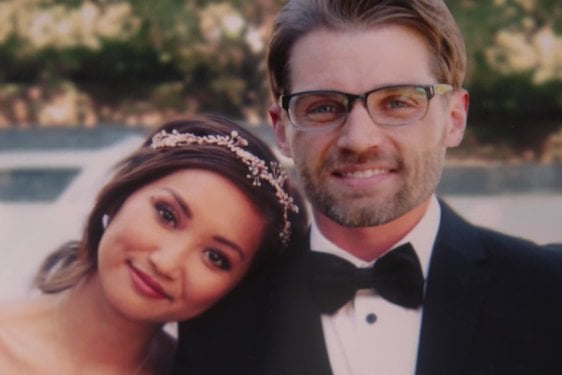 The obsession in Secret Obsession is objectively not secret. The entire plot of this movie is given away in the trailer, and even if you don't watch that, you'll figure out exactly what is going to happen within minutes of turning this on.

Brenda Song is hit by a car after being chased by a killer and ends up in hospital, where she realises she can't remember... anything. Her husband arrives - even though no one called him - and when they return home to a very secluded home, things get ~strange~.

Between yawns, keep an eye out for the truly terrible photoshop attempts from the husband. It will spark joy. 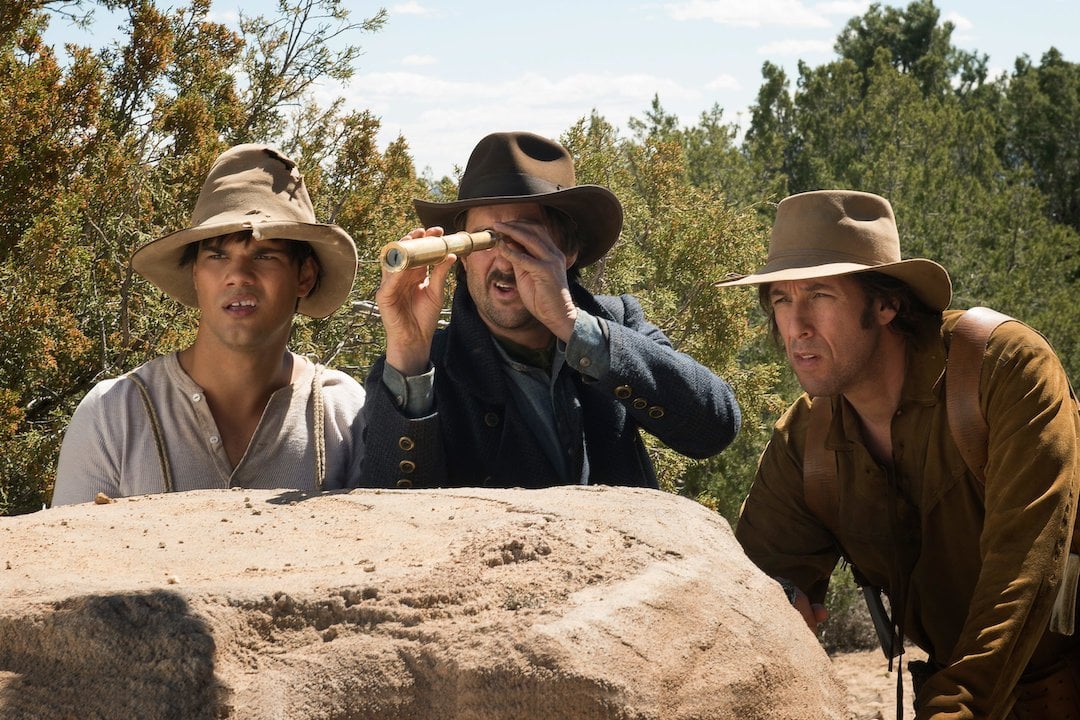 Open Netflix, close your eyes, scroll and... stop whenever you feel like it. There is a 99 per cent change that you will land on a terrible Adam Sandler movie each and every time. That's just the way it goes.

The Ridiculous 6 is the most terrible of them all. I'm not even being dramatic. Critics gave it a zero per cent rating.

I DIDN'T EVEN KNOW THAT WAS POSSIBLE.

Sandler stars as Tommy Stockburn a.k.a 'White Knife', a man who was raised in a Native American community.

When his outlaw dad is kidnapped, Stockburn sets off across the Wild West on a rescue mission with the five brothers he never knew he had.

You should avoid this at all costs, but I also understand the temptation to see... why. 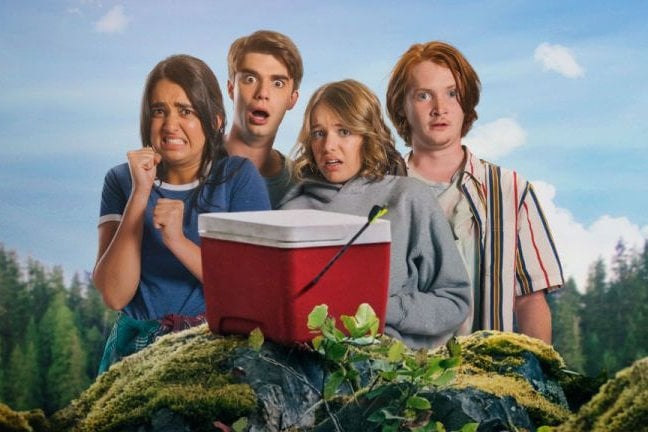 The Package is about a teenager who accidentally cuts his penis off. It follows his group of friends as they try to deliver the freshly-severed penis to the hospital while said penis-less teen has his open crotch wound tended to.

THIS IS THE ENTIRE MOVIE.

IT'S ABOUT THE URGENT DELIVERY OF A SEVERED PENIS.

Admittedly, the ridiculousness of this is a little appealing (admit it, you're not better than this) but the movie is more frustrating than funny. An hour and a half later, you'll wonder why you sat through it. But you did. You sat through a movie about a severed penis. 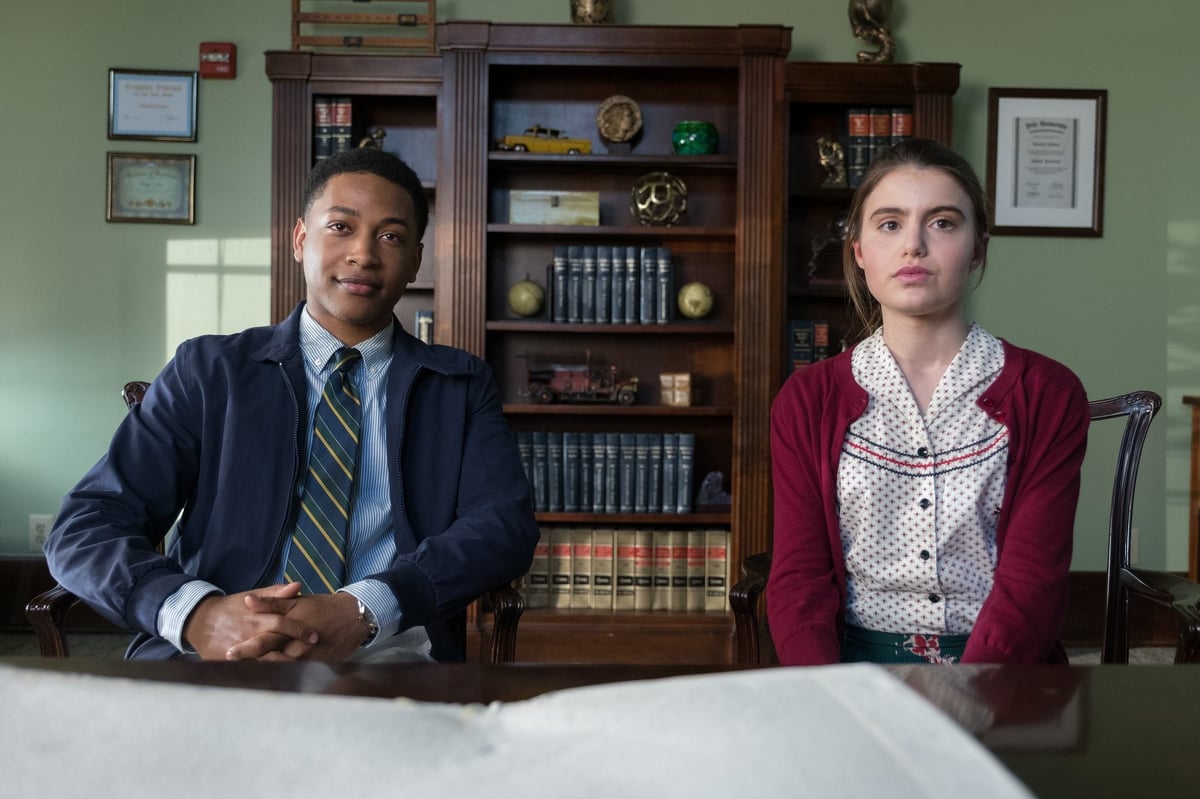 High school smartypants Lona and Bennet hate each other. Because they're both smart and in the debate club, or something.

Basically, they are forced to team up in order to advance their... debating careers?

There's a sudden death, overbearing mothers and countless other cliches to keep this one ticking along, until they become friends and fall in love. Super boring and inoffensive. The funnest part is trying to figure out why the hell it's called Candy Jar. 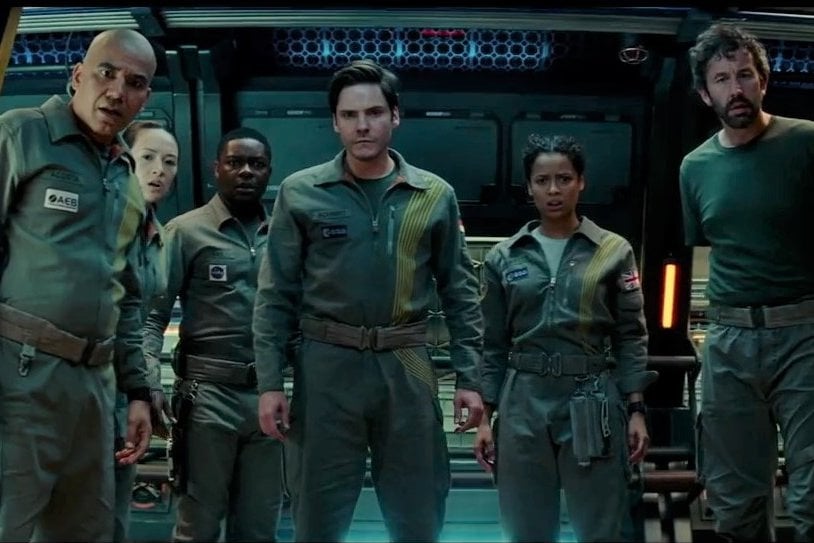 The Cloverfield Paradox is a science fiction horror movie set in space. It follows a bunch of astronauts on board a space station who need to find a way home after accidentally travelling to an alternative universe and it... it's terrible.

A patchwork of about 12 other film's plotlines, it's like if all other good sci-fi films had a baby and that baby was really annoying. 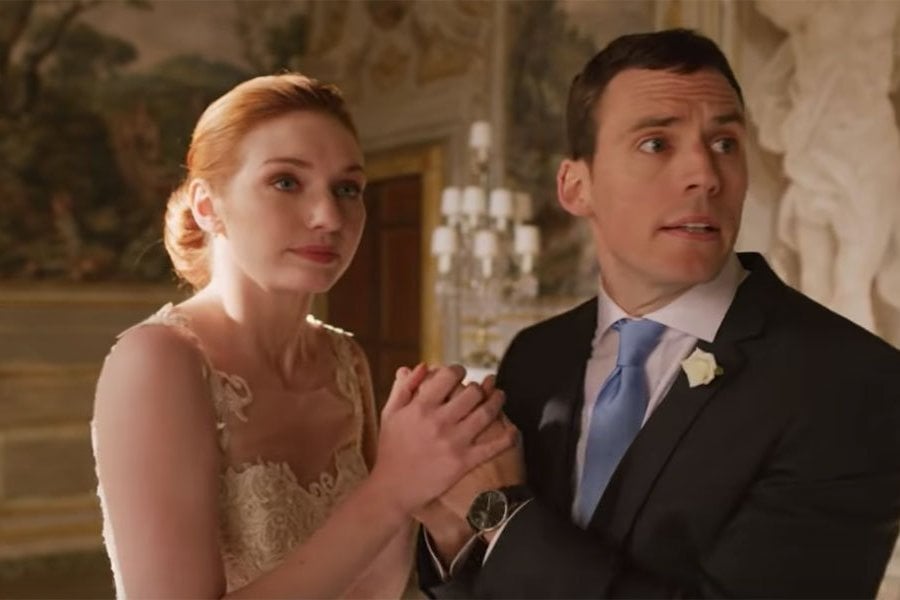 One of my greatest talents is my ability to sit through, and mostly enjoy, the torture of a bad movie. I'm a bad movie masochist.

But Love Wedding Repeat was too much for me.

Given the cast (Olivia Munn, Sam Claflin, Jas from Angus, Thongs and Perfect Snogging), I expected this to be one of those actually good Netflix films but I was WRONG.

THIS IS THE WORST MOVIE I'VE EVER SEMI-PAID ATTENTION TO.

It was so bad I switched it off with half an hour to go. The only reason it made this list is because I want to challenge you to last longer than I did. Good luck.

What's the worst Netflix movie you've watched on Netflix? Let us know what you'd add to the list in a comment below.

Reply
Upvote
Basically any romcom that brings an American to Australia or New Zealand. But the WORST was Romance on the Menu. Sooo cringy!
fightofyourlife 4 months ago