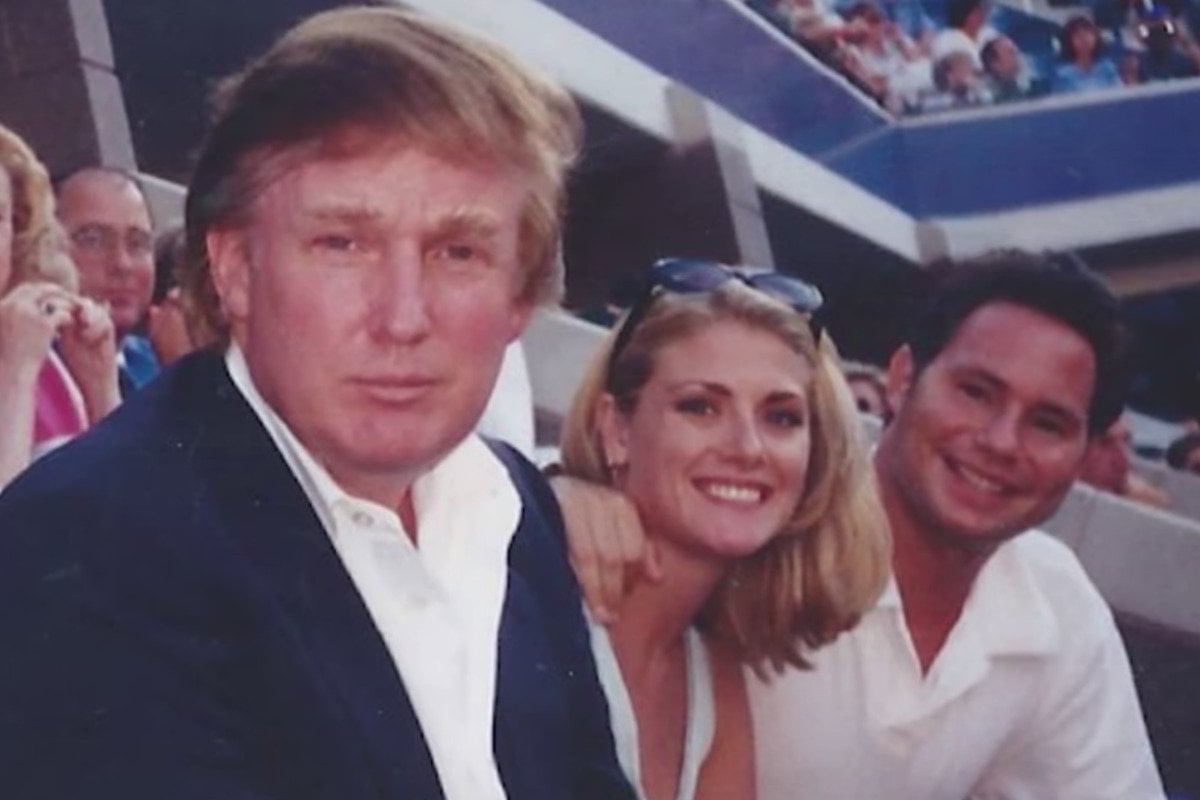 Overnight, US President Donald Trump was accused of an incident of sexual assault.

A former model, Amy Dorris, told The Guardian of an incident in September 1997, in which a then 51-year-old Trump allegedly forced his tongue down her throat while she was in his VIP box at the US Open.

She talks about being groped on her butt, breasts and back in a grip so tight she couldn't escape during an attack that left her feeling "sick" and "violated."

The now 48-year-old goes into graphic detail about the exchange, how it made her feel, and why she waited more than two decades to tell her story.

WATCH: Here's some of her interview.

And yet you'll be hard pressed to find the story sitting anywhere of prominence on a major Australian or international news site less than 24 hours since it emerged, despite the gravity of the allegation that's being levelled against a sitting president.

Not just a president mind you. A president vying for re-election, and the current leader of the 'free world.'

Why? Because this isn't the first time Trump has been accused of sexual misconduct. It's also not the first time an accusation has been ignored, or has failed to get the level of traction it deserves. This story lacks 'shock' value now, because it's become so common. We've heard it time and time again. 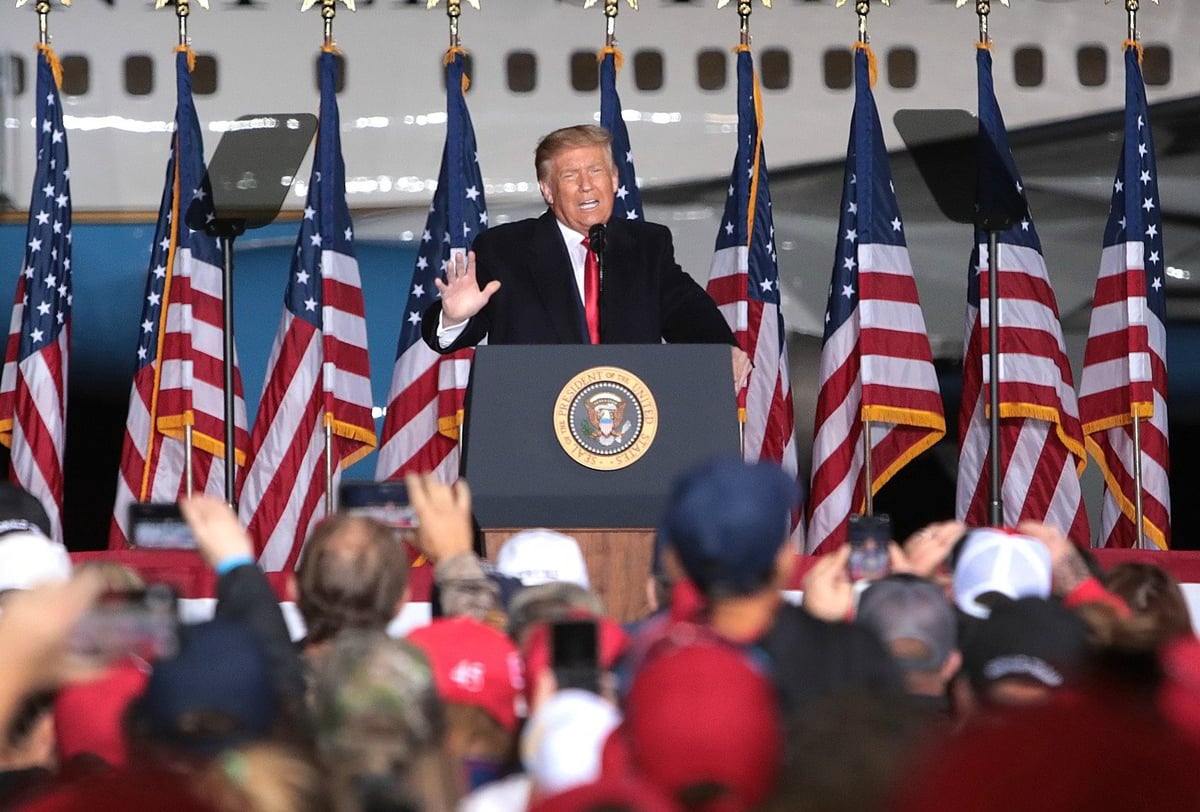 Trump is currently on the campaign trail ahead of the November 3rd election. Image: Scott Olson/Getty.

Twenty-five other women have come forward since 2016 and accused Donald Trump of grabbing, groping, or raping them in the decades since the 1970s, with 43 more instances detailed by women in All the President's Women: Donald Trump and the Making of a Predator, which was released last year.

These women are diplomats, ambassadors, yoga teachers, actresses and makeup artists, to name a few. Their stories are set in changing rooms, airplanes, nightclubs, dinner tables, at a Mother's Day brunch, a Ray Charles concert, and at Trump Tower.

Most of the allegations came to light in the lead up to the 2016 election, as a warning.

"We got hate mail, death threats. And what did he get? The keys to the office once held by Washington, Lincoln and the Roosevelts," accuser Natasha Stoynoff wrote for The Washington Post. 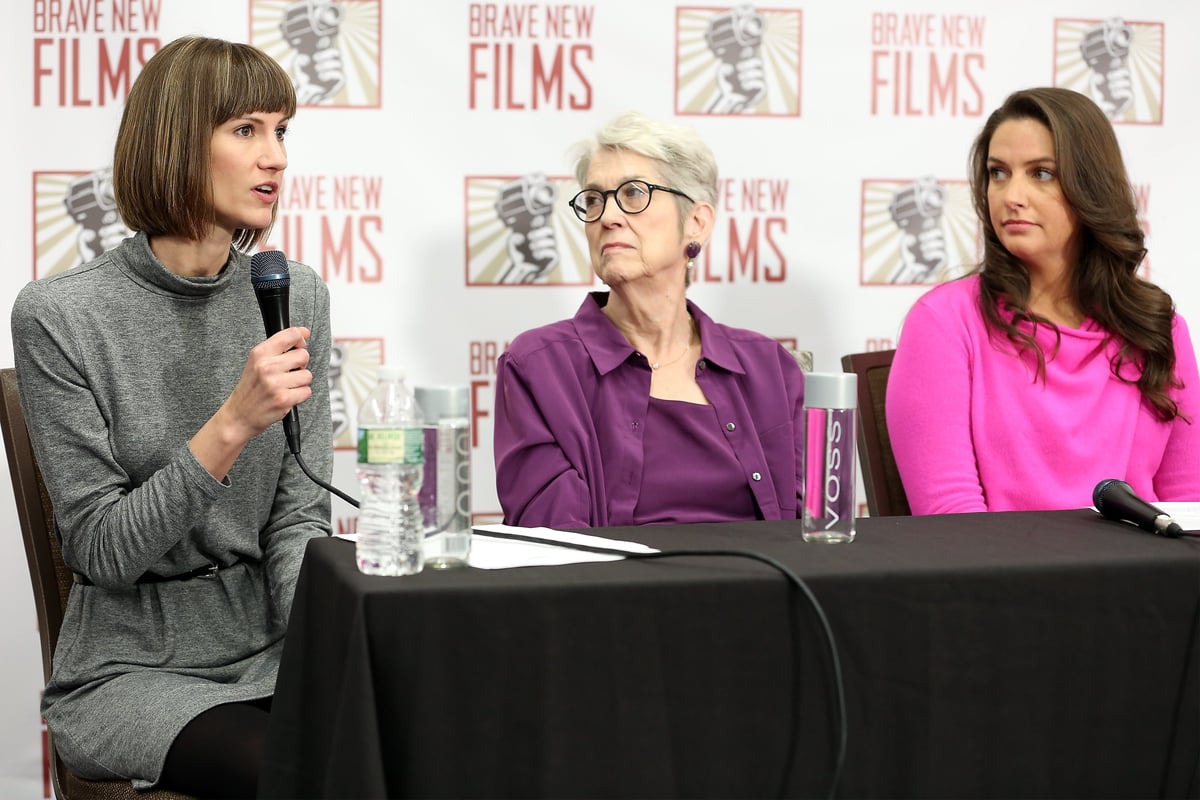 Rachel Crooks, Jessica Leeds, and Samantha Holvey are just three of the women who have previously accused Trump of sexual harrassment or misconduct. Image: Monica Schipper/Getty.

Dorris was 24 when she says she was assaulted by Trump.

Her account has been corroborated by several people, and she has provided The Guardian with evidence to support her account including her ticket to the US Open and six photos showing her with Trump.

It was a Friday when she met him. He came on very strong right away, even though she met him alongside her boyfriend at the time.

They joined him in his private box overlooking centre court, and the assault allegedly happened when Dorris came back from the bathroom, which was hidden behind a partition wall just metres from where Trump's other guests were distracted by the tennis.

She alleged she told Trump "no, please stop" but "he didn’t care".

"I was in his grip, and I couldn’t get out of it...I don’t know what you call that when you’re sticking your tongue just down someone’s throat. But I pushed it out with my teeth. I was pushing it. And I think I might have hurt his tongue," she told the publication. 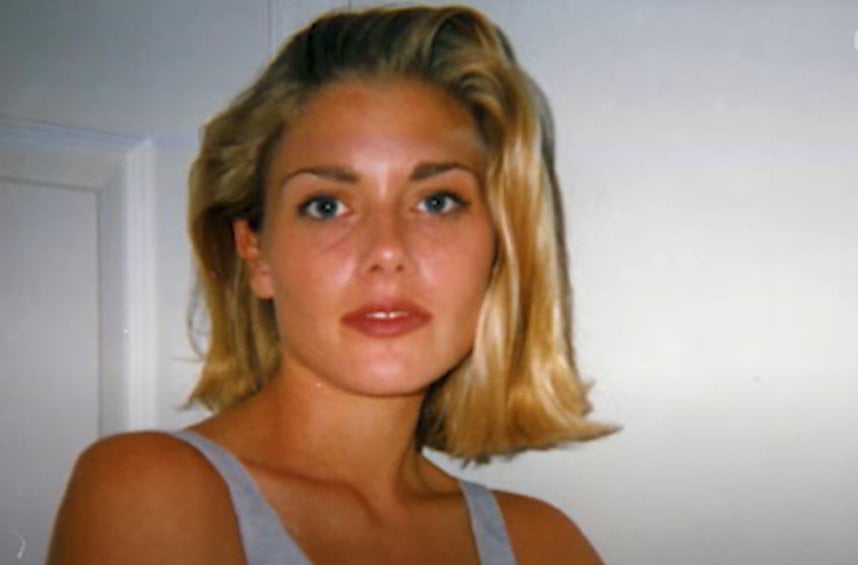 Amy Dorris was 24 when she was allegedly assaulted in an incident that left her feeling "sick and violated." Image: Guardian.

She's been in conversation with The Guardian for 15 months, unsure if she would go public. She eventually decided it was time, because she was determined to be a good role model for her 12-year-old twin daughters. She wanted them to know she stood up to somebody who did something that was unacceptable.

Trump has denied the accusation of course. He has denied every allegation against him, accusing the women who have spoken out against him in the past of "not being his type" or of making up allegations to smear his name in the media. Sometimes he just flat out says he's never met them, even when photographic evidence to the contrary is produced.

His lawyers claim there would have been witnesses if Dorris' account were true. They've also questioned why she would choose to be in his vicinity in the days that followed, and why she was choosing to go public now so close to the election.

But as the New York Times explained in a 2018 article, a long delay in the reporting of events such as the one being detailed by Dorris, are in fact one of the very hallmarks of sexual assault. It can take years for victims even to identify what happened to them as a violation. 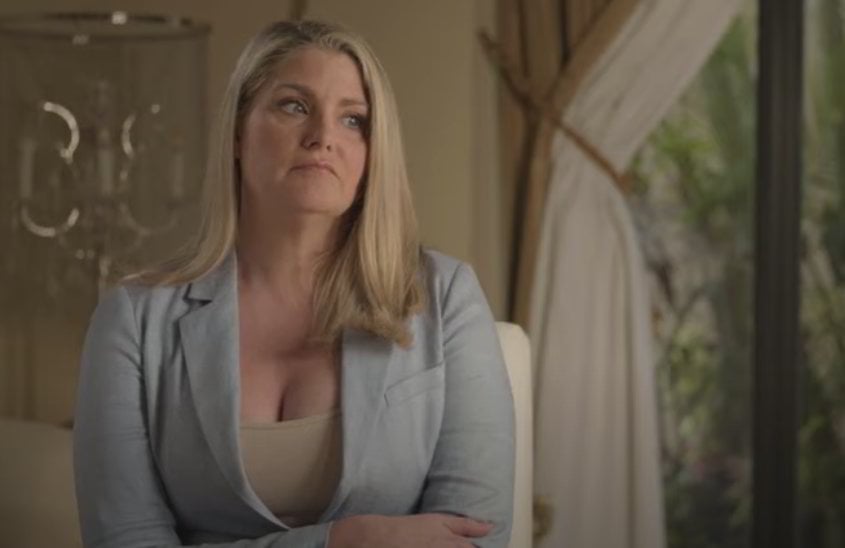 It has taken 23 years for Dorris to tell her story. Image: YouTube/The Guardian.

Dorris is going public at this moment in time out of frustration. Out of anger that so many other accusers who have spoken their truth in recent years have been labelled liars. She is tired of being quiet, and she is tired of him getting away with it.

Her story is making headlines today, but not in the way it deserves.

Her name is trending sixth on Google at the time of writing, under both football and US Open results, and the shock arrest and charge of Cheer star Jerry Harris.

Probably because Trump has already proven he's untouchable to these sorts of allegations while he sits inside the White House, so much so there's almost no point, it seems, in getting outraged. It's not even the first alleged assault by Trump detailed to have taken place at the US Open. Karena Virginia has accused him of inappropriately touching her at the same event in 1998.

Instead of repetition building momentum, account after account has somehow instead created a flatlining of the story.

As Stoynoff wrote in her Washington Post op-ed in November 2019, "Will this, finally, be the time when enough people care?"

More than 43 new allegations of sexual misconduct had surfaced by then, just two weeks before in fact.

But here we are a year later asking the exact same question as another brave woman puts her name and her face to a story of assault.

Will women's stories ever be enough?

In 2005, Natasha interviewed the Trumps. When Melania left the room, Donald pinned her down.

E. Jean Carroll is the 22nd woman to accuse Trump of sexual misconduct. But will it make any difference?

Reply
Upvote
Why is she coming forward now? There is no money in it for her and, of course, Dickhead Trump would deny it every happened! Get on with your, girl!
J
james b 2 years ago

Reply
Upvote
Of course there's no such thing as innocent until proven guilty where Trump is involved.
C
cat 2 years ago

Reply
Upvote
3 upvotes
@james b no, he’s clearly guilty yet his moronic followers will argue he’s innocent with their dying breaths.  And he’ll never face a criminal court.
L
laura__palmer 2 years ago

Reply
Upvote
4 upvotes
@james b Well, nothing else is being done, these women aren't being heard any other way. How will they ever get justice if no one will listen and authorities refuse to investigate or act? So he will be tried in the court of public opinion. I believe these women, and, anyway, it's not that hard to imagine, given his own words on the subject, that he has sexually assaulted a fair few women. They have every right to speak out, too and, if he thinks it's slander, he can use his vast funds to sue them