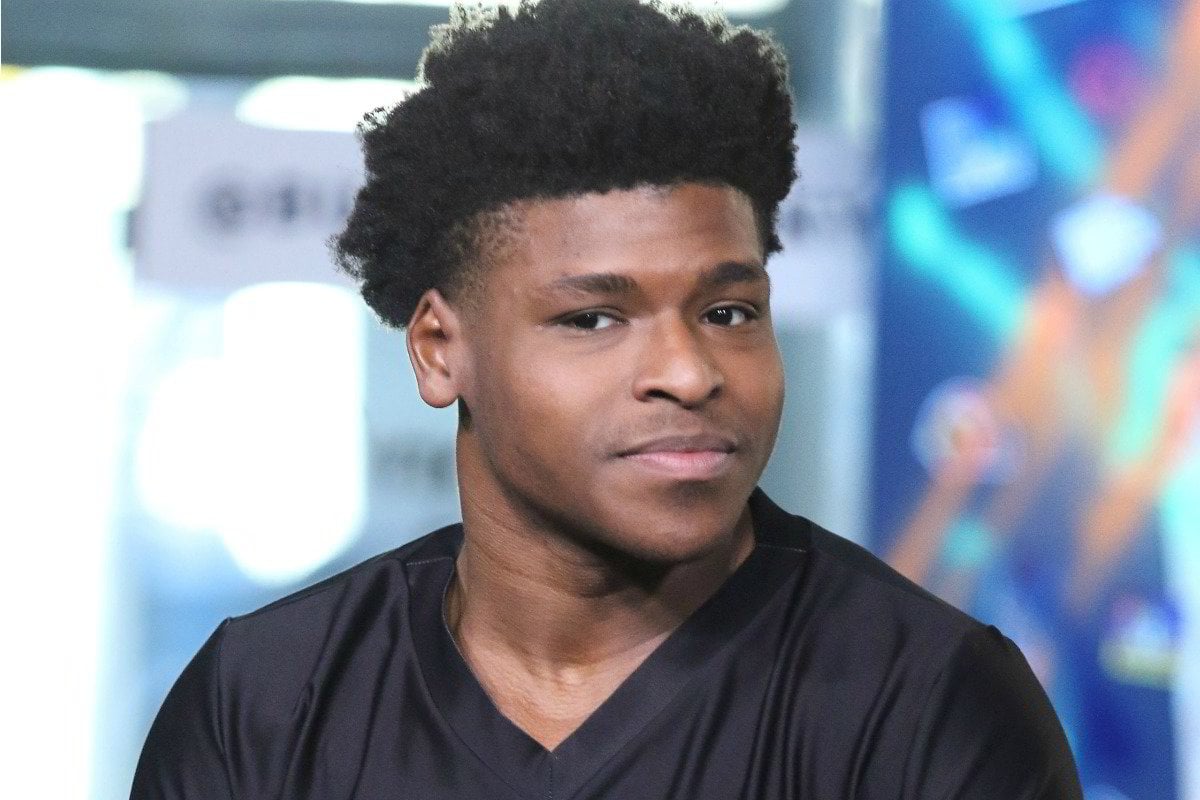 Jeremiah "Jerry" Harris, who rose to fame on the 2020 Netflix docuseries Cheer, is facing up to 30 years in prison if convicted of the child pornography production offence he has been charged with.

The 21-year-old is accused of soliciting images and videos from a boy, and has allegedly admitted in an interview to soliciting explicit images from "between 10 to 15 other individuals he knew were minors," reports the BBC.

The Netflix star was arrested in September before appearing in a Chicago court. He will face a detention hearing this week.

WATCH: The trailer for Cheer on Netflix. Post continues after video.

From a tragic childhood to a 'Black gay icon.'

We first met Harris on the Netflix docuseries Cheer, which took us into the competitive world of US college gymnastics.

The six-part series, released in January 2020, followed the Navarro College Bulldogs Cheer Team from Corsicana Texas. And thanks to his infectious and enthusiastic "mat talk", Jerry quickly became one of the fan favourites from the series.

Harris' popularity on the series led to endorsement deals as well as a stint interviewing celebrities like Brad Pitt and Billie Eilish on the Academy Awards red carpet for The Ellen DeGeneres Show.

With more than a million followers on Instagram, Jerry recently won Male Star Of The Year at the Critics Choice Real TV Awards. Cheer also won two of its six Emmy award nominations.

While his positivity won him fans on Cheer, Harris' backstory also touched hearts - with the show delving into the death of his mother Lizzie Bowman from lung cancer in 2016.

The parents from Harris' cheer team raised more than $60,000 via a GoFundMe for him at the time so he could remain on the team and further his education.

Harris, who was 16 when his mother died, moved in with one of the team mums until he graduated high school.

After the show's success, Haris said he was "proud" to be a Black gay icon for young Americans.

Inside the child pornography allegations.

The allegations stem from 14-year-old twin brothers, who claim Harris repeatedly harassed them online when they were 13 and he was 19.

One brother also accuses Harris of asking him for sex at two cheerleading competitions.

In their first conversation, the teen says Harris asked how old he was and after learning he was 13, then asked him to send photos of his face and butt.

"He would say all the things he wanted to do to me and things like that," one sibling said, explaining that if he didn't comply Harris would threaten to block him on social media.

"I don't like when people are mad with me, so I was trying to please him."

"He said a couple of weird things to me, but it wasn't even nearly to the extent of what happened to [my brother]," he added.

The messages made the brothers feel "gross and uncomfortable".

"It was just eating me alive," one brother told USA TODAY. "What everyone is seeing of Jerry Harris, from the outside view, from social media, is a completely different person from when you actually know him."

He also alleges Harris cornered him in a secluded bathroom at the American Cheerleaders Association’s national competition in Fort Worth in February 2019, and begged him to have sex. He refused but was propositioned again three months later.

The family says they first filed a report to the US All Star Federation (USASF) in May, but the allegations were initially ignored. On Monday, the family filed a A$1.37 million lawsuit against the Cheer star, Varsity Spirit, USASF and Cheer Athletics. As well as the accusations of sexual misconduct, the lawsuit alleges that cheer organisations failed to protect the boys.

Harris was arrested by police on Thursday, September 17, 2020, in his Illinois home, after a search warrant was executed on his property by the FBI three days earlier.

He was charged with one count of producing child pornography. 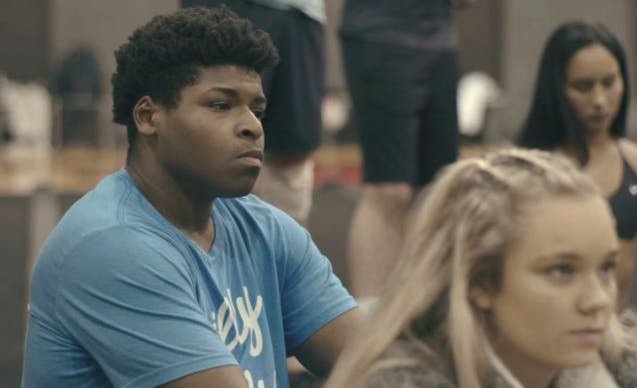 Jerry Harris was a breakout star in Netflix's docuseries, Cheer.

The charge accuses Harris of soliciting images from a minor between December 2018 to March 2020, with court documents reportedly showing Harris admitting to the accusations.

During an interview with law enforcement officials, the BBC reports Harris admitted to soliciting and receiving explicit images from one of the minors and "at least between 10 to 15 other individuals he knew were minors".

Despite the alleged confession, representatives for Harris have denied the allegations which could see him facing between 15 and 30 years in prison.

Inside the rape allegations.

Federal prosecutors in Chicago allege that Jerry Harris "exploited and violated" at least 10 boys, labelling him as a "child predator".

Buzzfeed News aired the allegations following a court filing made on Tuesday, which allege that Harris sexually assaulted a 15-year-old boy in an unlocked public bathroom at a public event. Beyond that, the court filing suggests that Harris also offered substantial sums of money (over $1,000USD) to his victims to get them to send sexually explicit material over FaceTime or Snapchat.

The same filing also claims that Harris destroyed his phone when he first learnt of the investigation into him, only to use his new 'clean' phone just weeks later to allegedly victimise more young boys.

Due to this behaviour, the prosecutors behind the filing have made the statement that, "Harris either does not care about being caught committing his offences, or simply cannot stop himself".

The latter half of that statement seemed to influence a claim made later in the filing that says: Harris "exhibits all the signs of a serial child predator".

“Unless and until he receives significant mental health sex offender treatments, he will remain a danger to any child he encounters, either online or in person.”

The new findings come with a new minimum sentence of 15 years in prison if Harris is found guilty of these crimes.