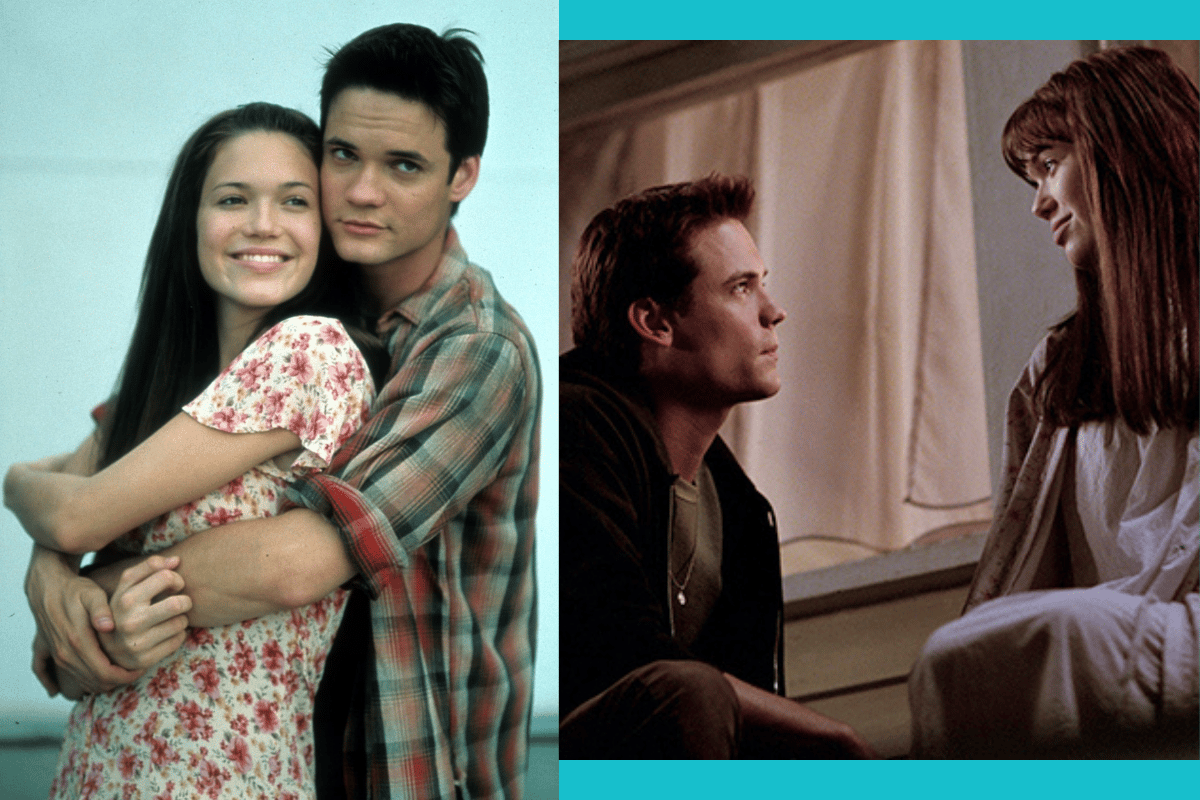 A Walk To Remember is one of those cult early 2000s movies that made everyone simultaneously swoon and cry.

Based on the Nicholas Sparks' novel of the same name, it has all the ingredients of a great romantic film: a sweet yet heartbreaking storyline, a soundtrack that tugged at the heartstrings and a totally crush-worthy pair of star-crossed lovers.

The movie follows Landon who is assigned community service after getting in trouble. His punishment also involves participating in the spring play, during which he falls in love with Jamie, the reverend's daughter. But of course a far more dramatic storyline ensues...

Watch: A Walk To Remember trailer. Post continues below.

Released in 2002, the film also boosted the careers of several actors, including Mandy Moore, Daryl Hannah and Shane West.

Now celebrating its 20th year anniversary in 2022, let's unpack some of the behind-the-scenes goss of A Walk To Remember.

Here's 10 things you didn't know about the iconic movie.

1. Anne Hathaway was almost the lead role, aka Jamie. 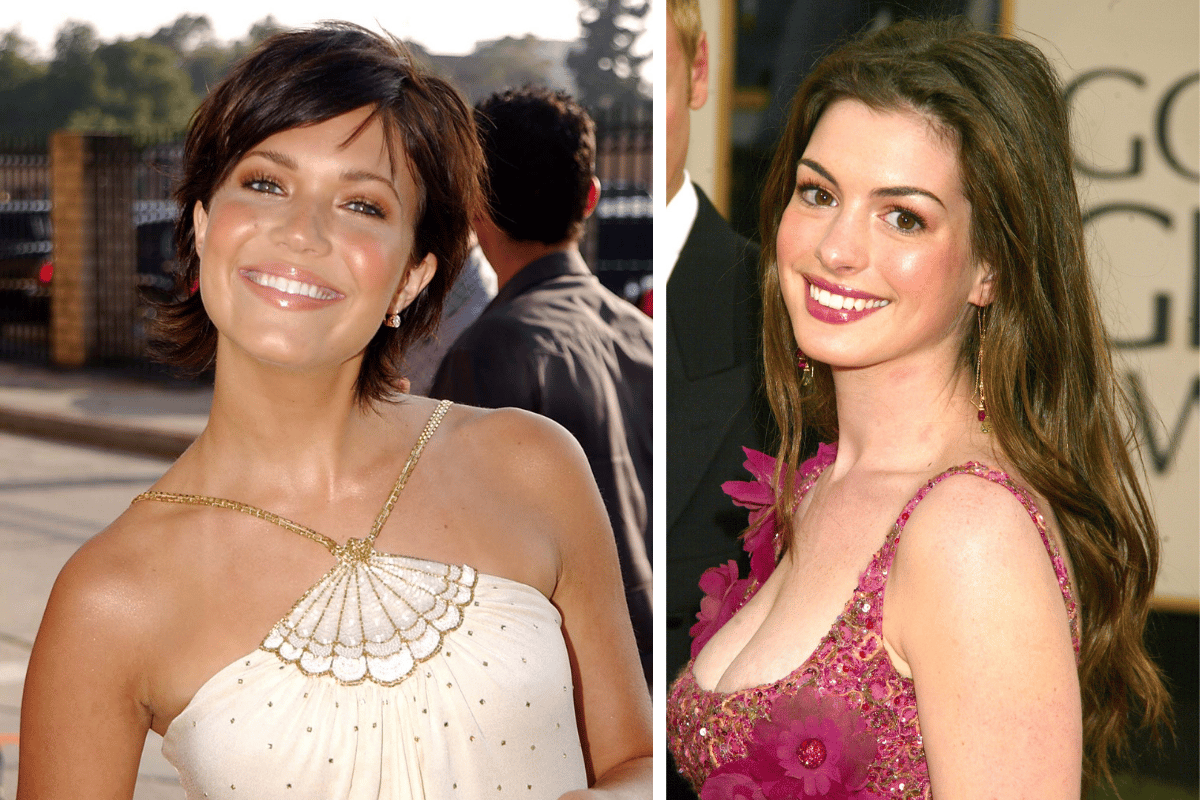 2. Also considered for the lead role of Jamie was Jessica Simpson. 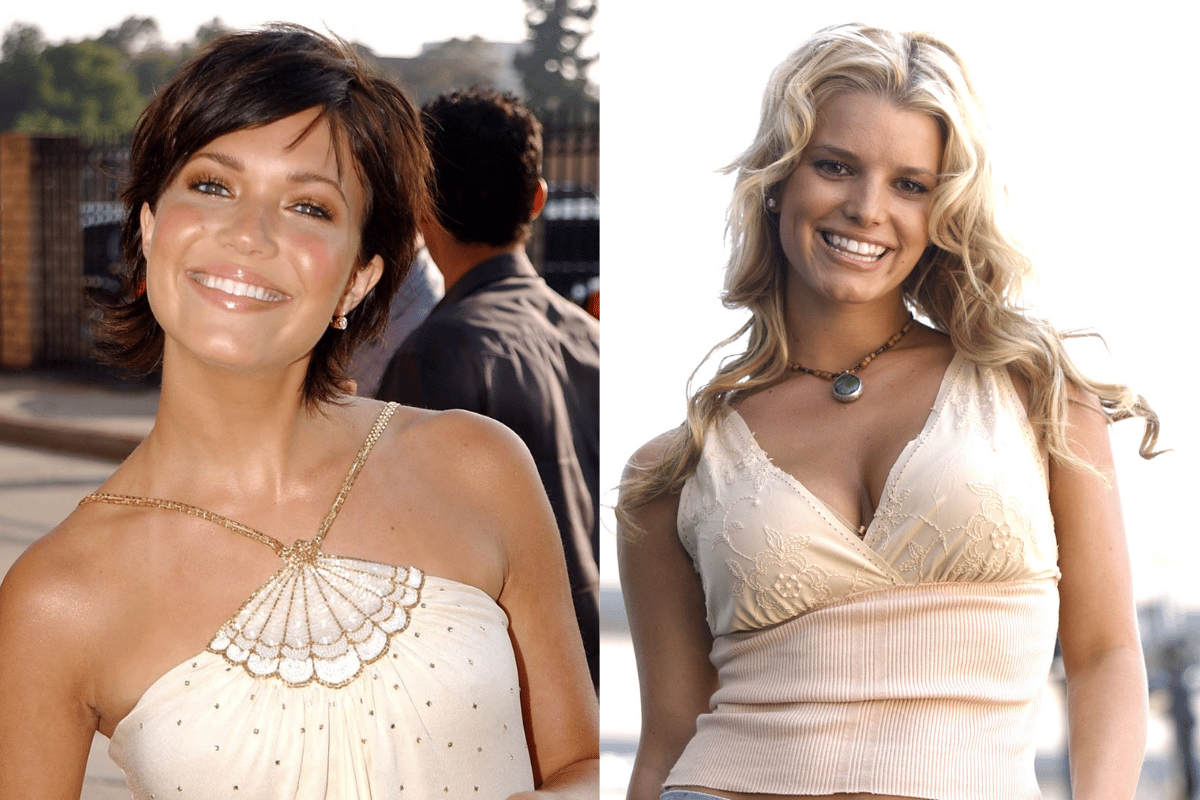 Mandy Moore and Jessica Simpson in 2002. Image: Getty. Considering the amount of potential other leads, Mandy Moore definitely worked hard to get the main role.

Director Shankman has also previously shared that another pop star was up for the leading role: the one and only Jessica Simpson.

"The studio had me looking at Jessica Simpson," Shankman told Elle in 2006. "But I was driving up the Laurel Canyon and I heard Mandy's song 'I Wanna Be With You,' and I thought, 'who the hell is that little angel voice?' I went to the Virgin record store, saw her face, and flipped out. I said, 'that's my girl'."

3. A Walk To Remember was filmed in an incredibly small timeframe.

Amazingly, the whole movie was shot in only two months. That's extraordinary, considering most Hollywood films are shot in approximately four or more months.

4. Shane West couldn't cry on cue, so he relied on emo rock music. 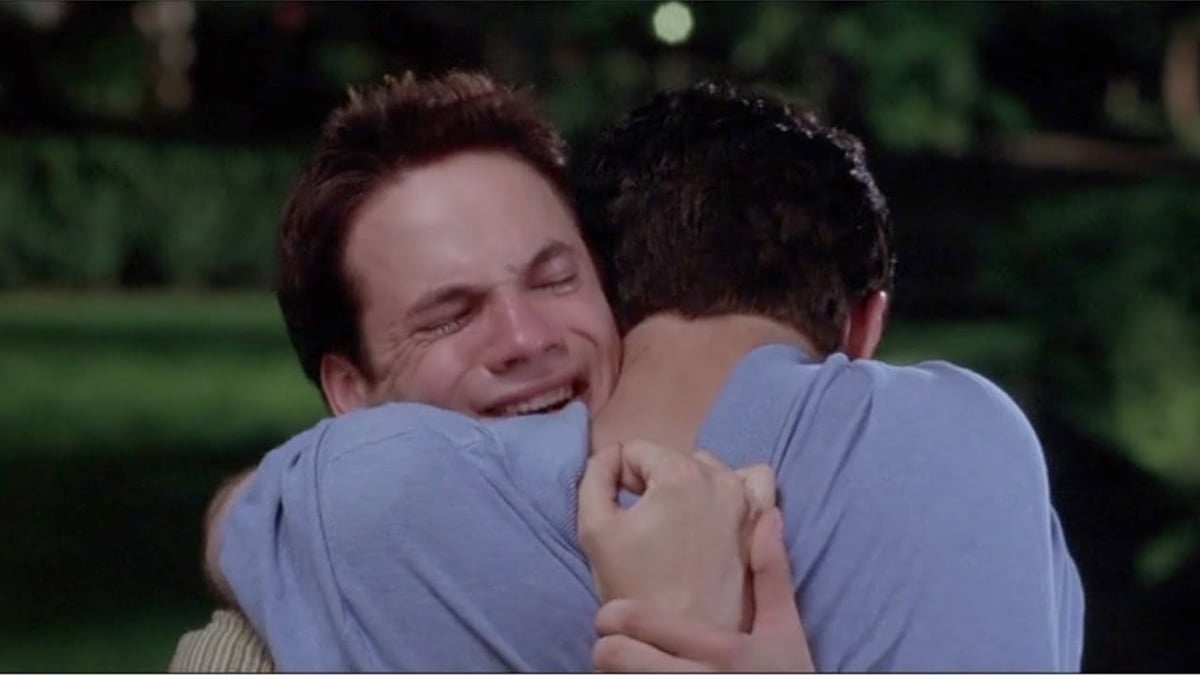 Image: Warner Bros. Pictures. If you haven't yet felt old while reading this article, this fact just may do the job. Before filming the heartbreaking scene where Landon goes to visit Jamie's dad at the end of the film, Shane West listened to emo rock band The Cure on repeat *on his Walkman*.

So in order to cry on cue, especially for the scene where Landon cries on his dad's shoulders, he would listen to the sad music.

"I guess The Cure was depressing enough for me to get into the mode to bawl like a lunatic," he said in an interview with Today.

5. Shane West Bought The 67 Camaro From A Walk To Remember. 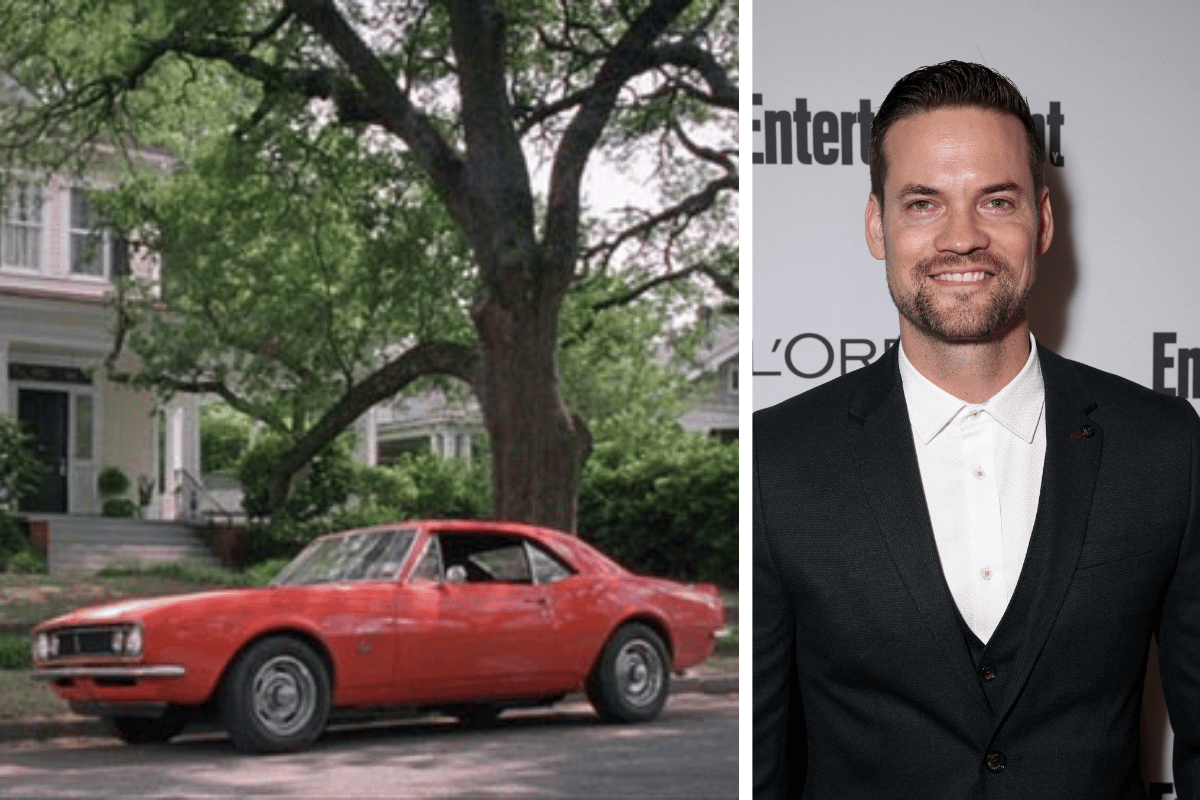 In the film, Landon is often seen driving the iconic 67 Camaro.

"They started pulling out the cars one by one for each character and they pulled out that 67 Camaro for me. And I turned to them and I was like 'how much is it and I want it. Don't let anyone else get it.' And I used part of my paycheck to buy that car."

6. After filming, Mandy Moore wrote her own bucket list. 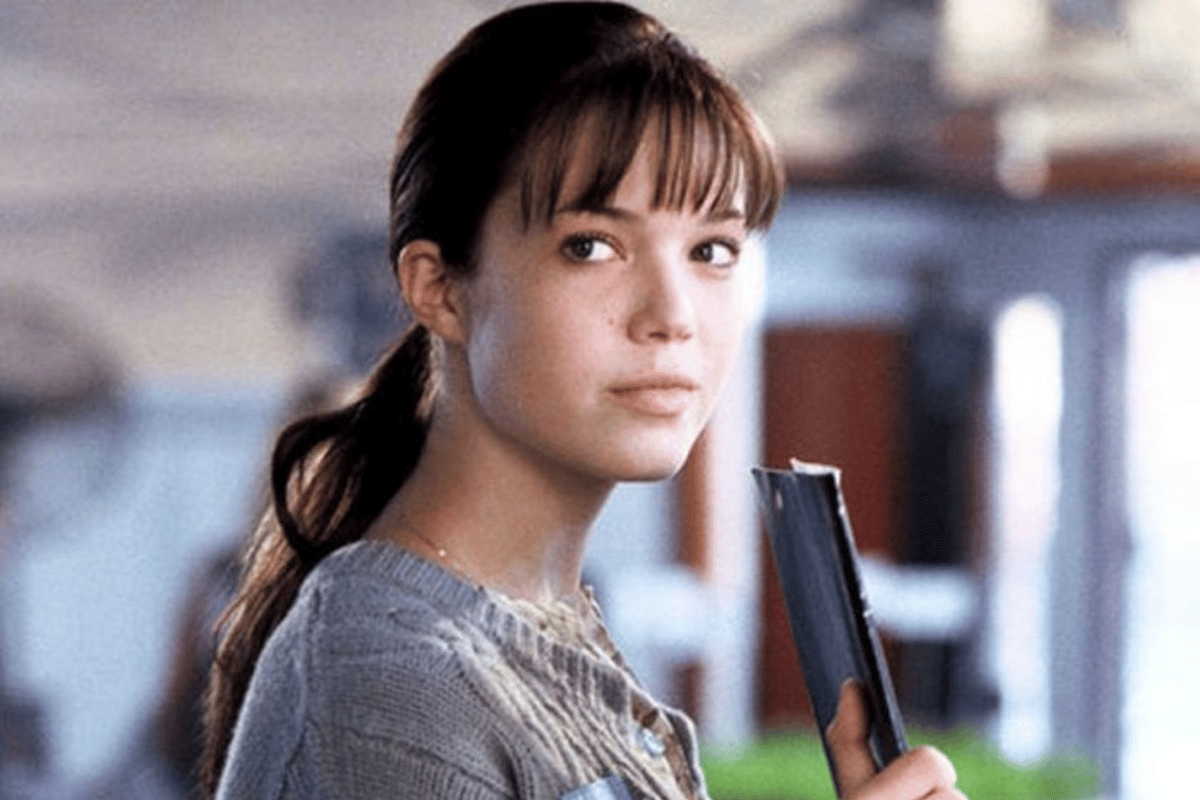 As fans of the film would know, Jamie and Landon work on finishing everything off her bucket list before she dies. They manage to do everything, except "witness a miracle".

The storyline must have stuck with Mandy Moore, because after filming finished, she wrote her own list of things she wanted to achieve before she dies.

It included going to college to study journalism, travelling more, and learning how to speak French fluently.

7. A Walk To Remember shared the same sets as Dawson's Creek.

Filmed in North Carolina in the US, many of the film sets featured, such as Landon's home and the high school, may have looked a little familiar.

They were actually borrowed from the Dawson's Creek set, which also shot on the same location in the small coastal town.

8. The heartbreaking story that prompted Nicholas Sparks to write A Walk To Remember. 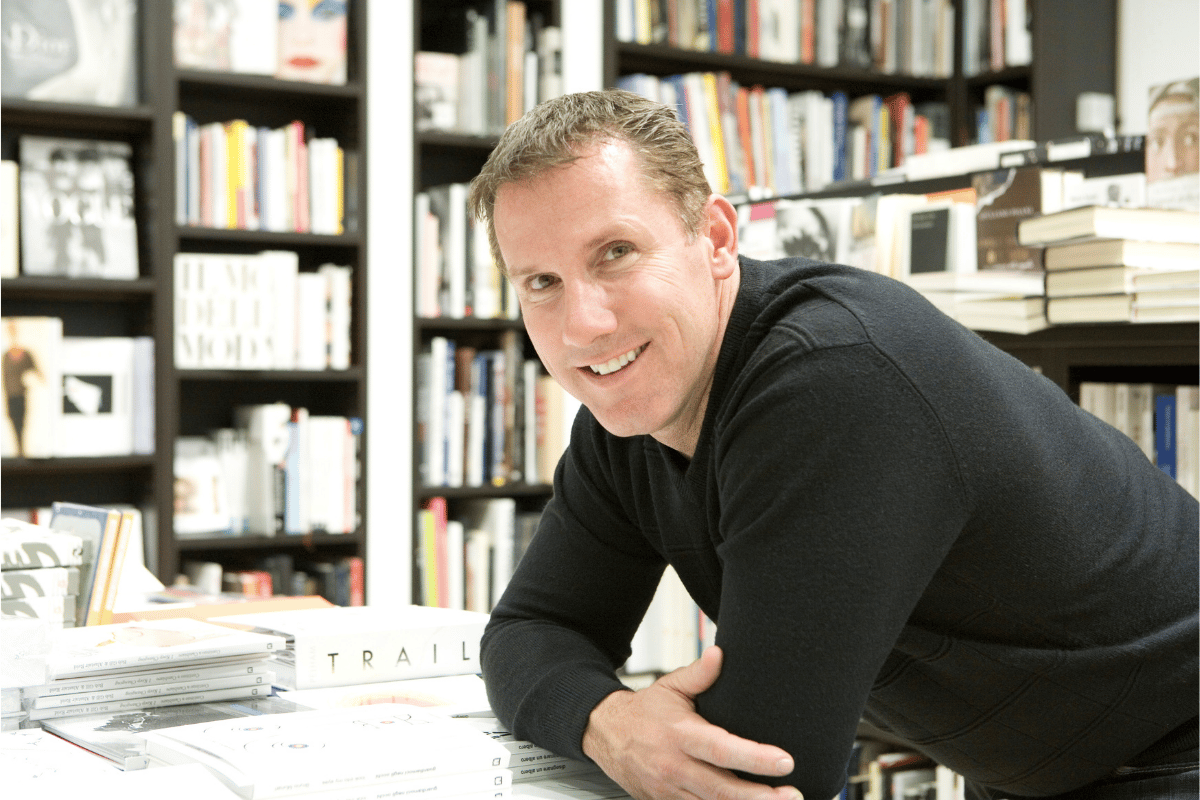 Nicholas Sparks. Image: Getty. The story was actually inspired by Sparks' own sister, Danielle Sparks Lewis, who died in June 2000 at the age of 33.

"Like Jamie, my sister got cancer," Sparks wrote on his official website. "Like Jamie, my sister met someone. And like Landon, there was a long period of time when this fellow couldn't imagine himself marrying a girl like her. And yet, in the end, he couldn't help himself. Even when he knew she was sick, even when he knew that she might not make it, this man asked my sister to marry him."

He concluded: "I suppose I wrote this novel not only so that you could get to know my sister, but so that you would know what a wonderful thing it was that her husband once did for her."

9. Mandy Moore dyed her naturally blonde hair brunette for the role, and hasn't looked back since. 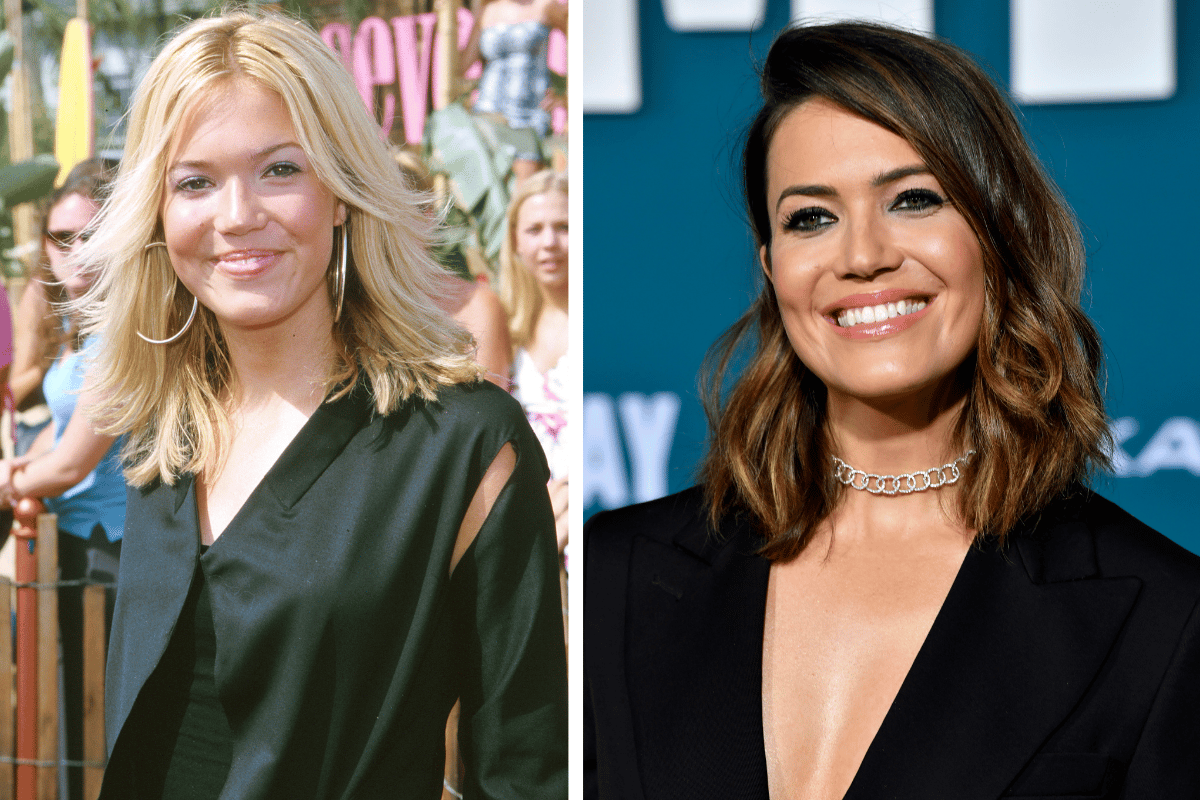 Image: Getty. Mandy Moore always had blonde hair before her role as Jamie.

So when it came to the decision to dye her hair brunette for A Walk To Remember, Moore said she felt "very nervous" to go darker.

But after spending the 39-day shoot as a brunette, Moore never went back to her lighter locks, even 20 years later. 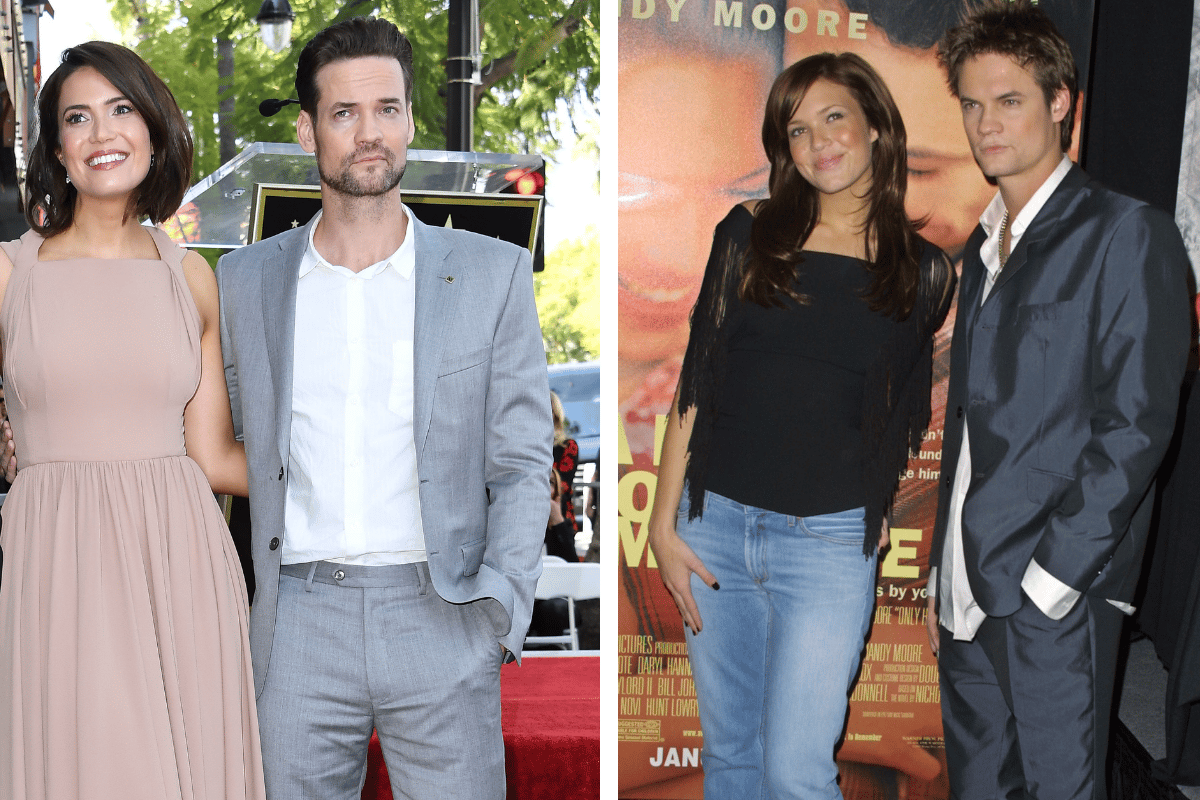 Image: Getty. It's amazing to see that both Moore and West have remained close over the years.

When Moore received her star on the Hollywood Walk of Fame in 2019, West was in attendance.

"Reflecting back on that time, my first leading role, I can't help but think of my poor, sweet co-star Shane, explaining the basics of filmmaking to me, like how to hit my mark and when and how to deliver my lines," she said in her speech.

Celebrating the 20th anniversary of the film, West shared an image of him, Moore and their director on Instagram, writing: "20 years….My god. These two mean the world to me. It's rare we get an experience like this/something to hold on to. I'll cherish this for the rest of my life."