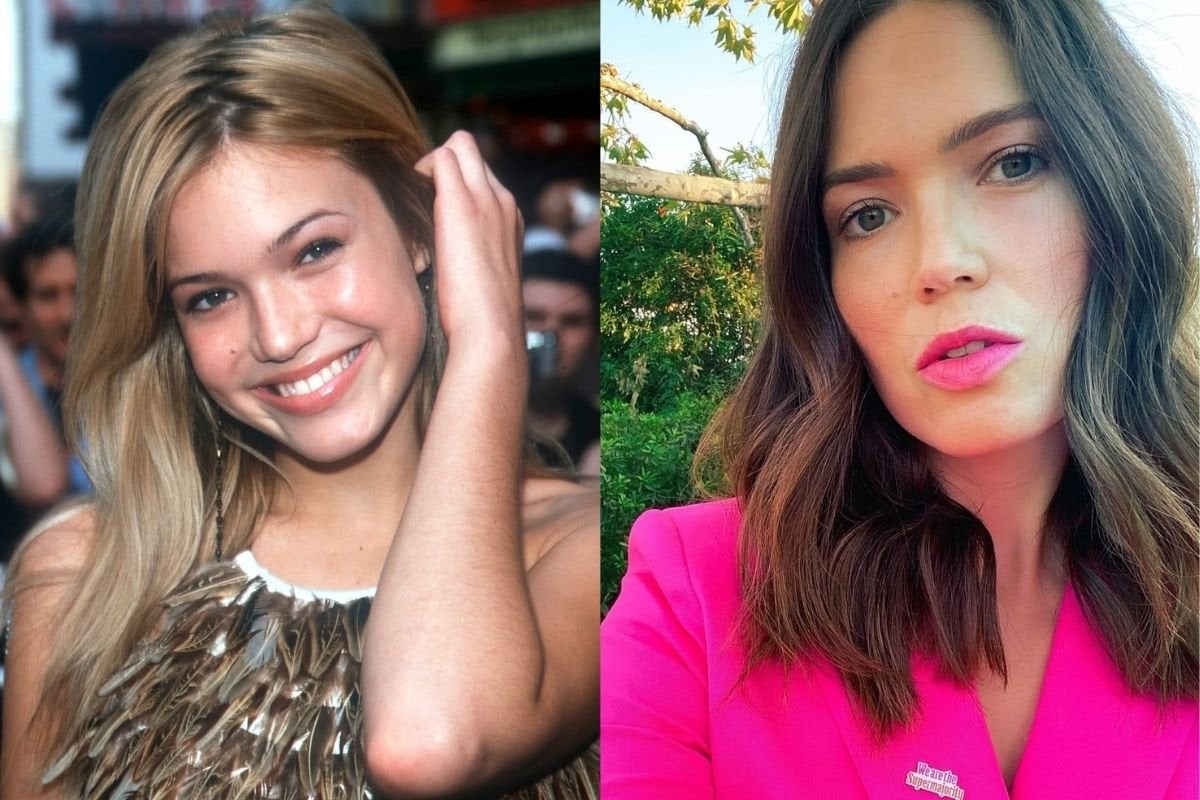 If you're a dame who grew up in the '90s, chances are you remember Mandy Moore. Yes? Course you do! Remember when she was blonde? And she sang a song about missing someone just as much as she would miss candy??

Seriously, she was right up there with Britney and Christina as our teen idol.

From pop star princess to actress, she also made her strides in movies - appearing in a string of nostalgic movies (hey, Princess Diaries) before going on to forge a successful career as an actress. Because if you weren't already a massive fan in the '90s, chances are you know the grown-up, brown-haired version of Moore from This Is Us.

At 37, Moore is now married to singer Taylor Goldsmith and is mother to son August Harrison Goldsmith.

How did she make a start in music, though? And what made her get into acting?

Amanda Leigh Moore was born in New Hampshire in 1984 to Stacy, a former news reporter and Donald Moore, a pilot for American Airlines. Moore has two brothers - an older brother named Scott, and a younger brother named Kyle.

Moore became interested in singing and acting at a young age, telling Billboard in 1999 "My parents thought it was just a phase I'd grow out of. But I stuck to it and begged them for acting lessons, for voice lessons".

After starring in a number of local productions (including national anthem performances), she went to the Stagedoor Manor performing arts camp when she was twelve years old, alongside other actresses such as Natalie Portman.

In quite possibly the cutest scouting story ever, Moore was discovered when she was working in an Orlando Studio at 13 years old.

The story goes that a FedEx delivery man who had a friend in A&R at Epic Records overheard Moore singing. Cade sent the demo to his friend, and Moore was later signed to Epic Records. Cute!

Moore left highschool in ninth grade to pursue her career as a singer, receiving tutoring as she was working. She toured with the likes of NSYNC and Backstreet Boys, releasing her debut single Candy in 1999. (Oh, teenage love!).

The hit had massive success, and debuted at number 88 on the Billboard Hot 100, before jumping to 41 on the chart. It hit number six on the charts in the UK and was the most successful in Australia, where it jumped to number two (cause we were all pining around in our rooms listening to it at full volume).

Moore's debut album So Real received mixed reviews from critics, with many of them comparing her to other pop princesses at the time including Britney Spears, Christina Aguilera and Jessica Simpson.

Allmusic said about the album, "Fifteen-year-old Mandy Moore's debut album sounded like it was inspired almost entirely by listening to recent hit albums by 'NSYNC, the Backstreet Boys, and Britney Spears".

Before the promotion of So Real had wrapped up, Moore got to work on her second album, releasing the title single 'I Wanna Be with You'.

The 'I Wanna Be with You' album was released in 2000, and while it received mixed reviews from critics, it was pretty successful form a commercial perspective. It debuted at 21 on the U.S. Billboard 200 chart and later received a Gold certification from the RIAA, selling over 500,000 copies in the U.S. alone.

Around the same time, Moore also won the Kids' Choice Awards for Favorite Rising Star for the album.

In 2001, Moore decided to move in a different direction, away from the "bubblegum pop" vibes she'd become known for.

In an interview with Billboard she said, "All of the music has started to look and sound the same," and that she wanted "no more dancers, no more singing to tracks. I got tired of that in a big way."

Moore went on to release five more albums, including In My Pocket, Mandy Moore and Coverage, selling over ten million albums worldwide.

While Moore might have been one of the biggest pop stars of our generation, these days she's more well-known as an award-winning actress.

Her first major role was starring alongside Anne Hathaway as the highschool 'mean girl' in The Princess Diaries.

She then took on the role of lead character in the tear-jerker A Walk To Remember for which she won an MTV award for Breakthrough Female Performance.

Moore starred in a whole whack of films after this, including Chasing Liberty, Love, Wedding, Marriage with Jane Seymour and Because I Said So with Diane Keaton.

She was even the voice behind Rapunzel in the Disney animated movie Tangled.

Things simmered down a bit between 2021 and 2016, before she snatched up the role of Rebecca Pearson in This Is Us.

The TV series has had immense success, bringing with it a cult following. Moore has since received numerous nominations at the People's Choice Awards, Screen Actors Guild Awards and Golden Globes for her performance.

Did you know Mandy Moore and Scrubs star Zach Braff dated?! Well, they did. In fact, according, the two stars dated for a total of two years, from 2004 to 2006.

Please enjoy the image of these two babies below. Cute! 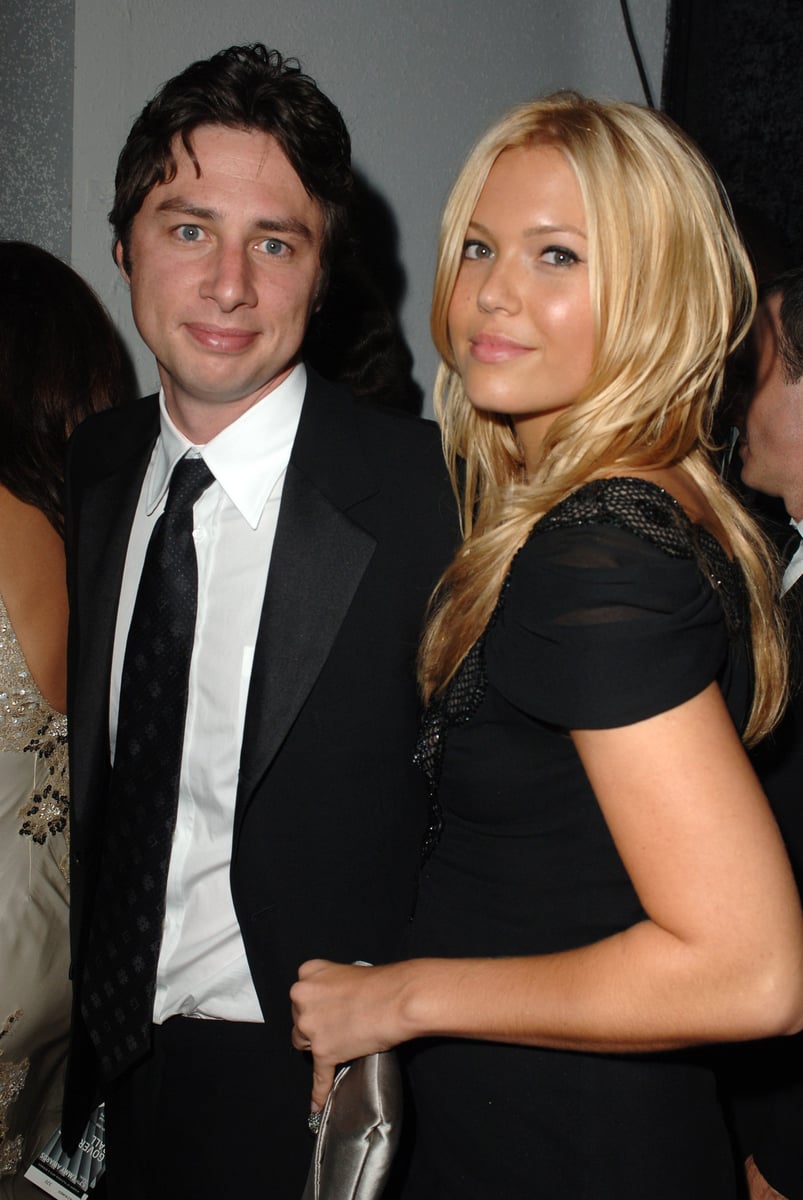 Image: Getty Back in 2008, Moore dated Ryan Adams - a musician and former member of Whiskeytown - before getting engaged in February 2009. At the age of 25, Moore married Adams. 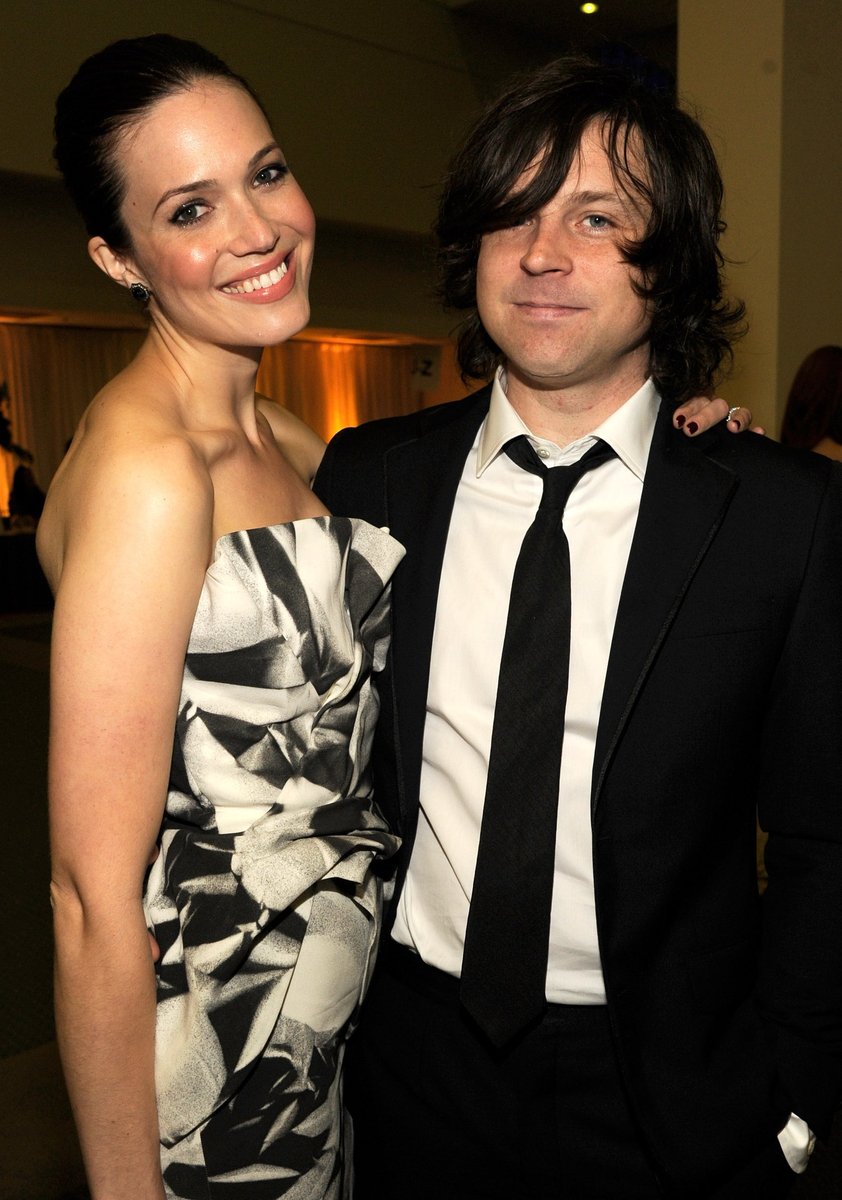 However, in 2015 they both filed for divorce after almost six years of marriage saying it was "a respectful, amicable parting of ways". The divorce was finalised in 2016.

In 2019, Moore, alongside six other women, accused Adams of harassment in a New York Times expose.

The allegations included those from a 20-year-old woman who claimed Adams had 'sexual conversations' with her when she was just 15-years-old.

Adams addressed the allegations on Twitter, writing: “As someone who has always tried to spread joy through my music and my life, hearing that some people believe I caused them pain saddens me greatly. I am resolved to work to be the best man I can be. And I wish everyone compassion, understanding and healing."

I am not a perfect man and I have made many mistakes. To anyone I have ever hurt, however unintentionally, I apologize deeply and unreservedly.

Moore claimed her ex-husband took control of her music career in 2010, three years after they first met. She said he "discouraged" her from working with other producers and managers. After writing songs together, she said Adams would “replace her with other female artists” when it came time to recording.

In an article with The New York Times, Moore revealed Adams was “psychologically abusive” and belittled her.

“His controlling behaviour essentially did block my ability to make new connections in the industry during a very pivotal and potentially lucrative time, my entire mid-to-late 20s,” Moore shared.

"He would always tell me, 'You’re not a real musician, because you don’t play an instrument'.

"What you experience with him - the treatment, the destructive, manic sort of back and forth behaviour - feels so exclusive.

Moore later slammed his apology in a television interview, saying "I find it curious he would make a public apology but not do it privately".

Moore married Taylor Goldsmith from indie band The Dawes in 2018.

The star said she was always a fan of the band before meeting Goldsmith, saying, "I took a picture of their album and posted it on Instagram. Somehow, Taylor saw it and sent a note to me.

"We started emailing back and forth, then we went on a date and the rest is history.

On February 23, 2021, Moore and Goldsmith welcomed their first child together - a boy named August Harrison Goldsmith.

"Gus is here," she wrote on Instagram. "Our sweet boy, August Harrison Goldsmith. He was punctual and arrived right on due date, much to the delight of his parents. We were prepared to fall in love in all sorts of brand new ways, but it goes beyond anything we could have ever imagined."

Were you a fan of Mandy Moore in the '90s? Share your thoughts with us in the comment section below.