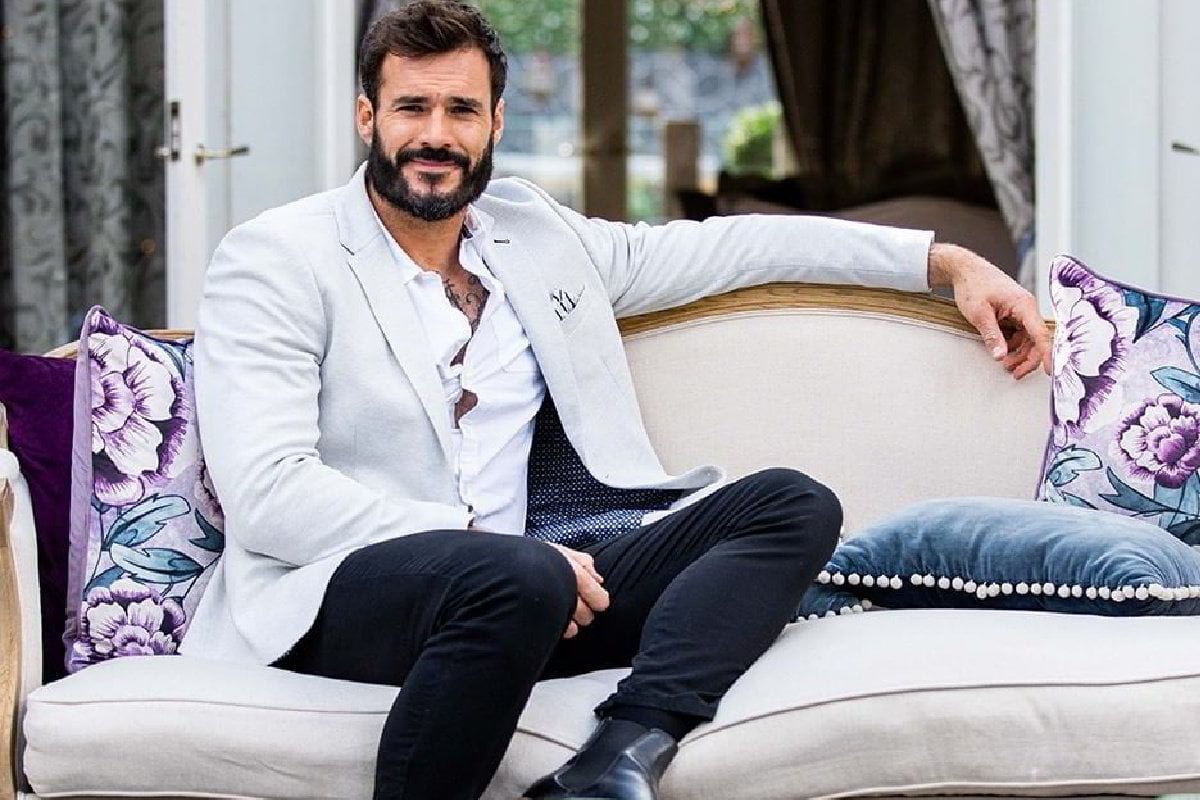 Every year once filming finishes for The Bachelor, our Bachelor goes into hiding for a few months.

They stay at home and remain quiet so they don't spoil the ending for us. Then once the finale﻿﻿ has aired, the Bachelor and their chosen winner do the big reveal.

This year, our Bachelor has gone a little... rogue.

Before, during and after filming, 30-year-old Locky Gilbert has been seen with various women who are not contestants on the show.

We're crossing our fingers and hoping they're just friends so we get our happily ever after in a few weeks; but with this evidence, we're just not sure.

Here's every single woman Locky has been linked to before, during and after The Bachelor.

It appears that Locky was seeing someone right up until he became the Bachelor.

According to 28-year-old Charlie Octavia, from January of this year until The Bachelor began filming, she was dating Locky. And she was completely blindsided when he told her his reality TV news.

"To be as intimate as we were, then see Locky on TV trying to win the hearts of so many other women was surreal," the mother-of-two told Woman's Day.

"Watching him, I could see it was all an act. He's not looking for love on the show, more fame and attention. Locky used to tell me he loved me all the time, but I'm glad I didn't fall for him before I found out who he really was."

Charlie explained that Locky asked if she was ever interested in reality TV, to which she replied no. But when she asked him the same question, he subtly dropped his Bachelor news.﻿

"After seeing how upset I was, he pulled me towards him, said sorry and promised it was all a joke. Then he blamed Survivor for making him such a good liar!"

Then, on his last night in Perth, he told Charlie the truth. And he asked her to compete on the show.

"How dare he think I'd leave my job, children and friends to follow him across the country to fight for his love, after he'd lied to me for so long," she said.

While Locky was at home filming the virtual dates in lockdown, he was out partying with various women. Including a familiar reality TV face.

As noted by the fan account Bachie Funny, from April to June, Locky was at home in Perth filming.

And on April 25, he was at a party with Married At First Sight's Aleks Markovic.

"I was at my high school friend's house and he was there as well. He rocked up out of the blue. I had obviously never met him and I didn't even know who he was. We just happened to be in the same place at the same time," Aleks said on The Kyle And Jackie O Show.

"When my friend said he was the next Bachelor, we started talking about the dark side of reality TV and producers and we hit it off as friends."

But she insists nothing happened.

"I am interested in someone at the moment. I have my eye on someone else. I think Locky is a beautiful person but there's nothing there. He is a lovely boy, but he has his eye on someone from The Bachelor as well," she continued.

And now the juiciest gossip.

This week, a Perth local shared that she was out at a bar when she noticed Locky there too. And... he was not alone.

And when the account asked whether he was friendly, they spilled the beans.

"He was friendly with me but he was with the blonde girl all night, so definitely some flirting there! He's definitely single from what I can see.

"I said to him, 'Obviously, you didn't end up with anyone from The Bachie" and he looked at the blonde girl and awkwardly laughed. I don't think he's with any of them and if so, well f**k seemed like he had a good night," the source said.

This comes days after the expected winner Irena Srbinovska liked a fan's comment saying, "You’re too good for him tho!"

We have a bad feeling about this.

Finally, just a little more gossip to add to the fire.

During Love in Lockdown, Locky went on a little (big) liking spree where he liked various girls' photos on Instagram. And a few of them are reality TV stars.

So Dramatic! podcast host Megan Pustetto noted that Locky had been liking a few different women's photos on Instagram including our new Bachelorette Elly Miles and Love Island's Francoise Draschler

Locky pls. Do us all a favour and just stay home for the next three weeks.