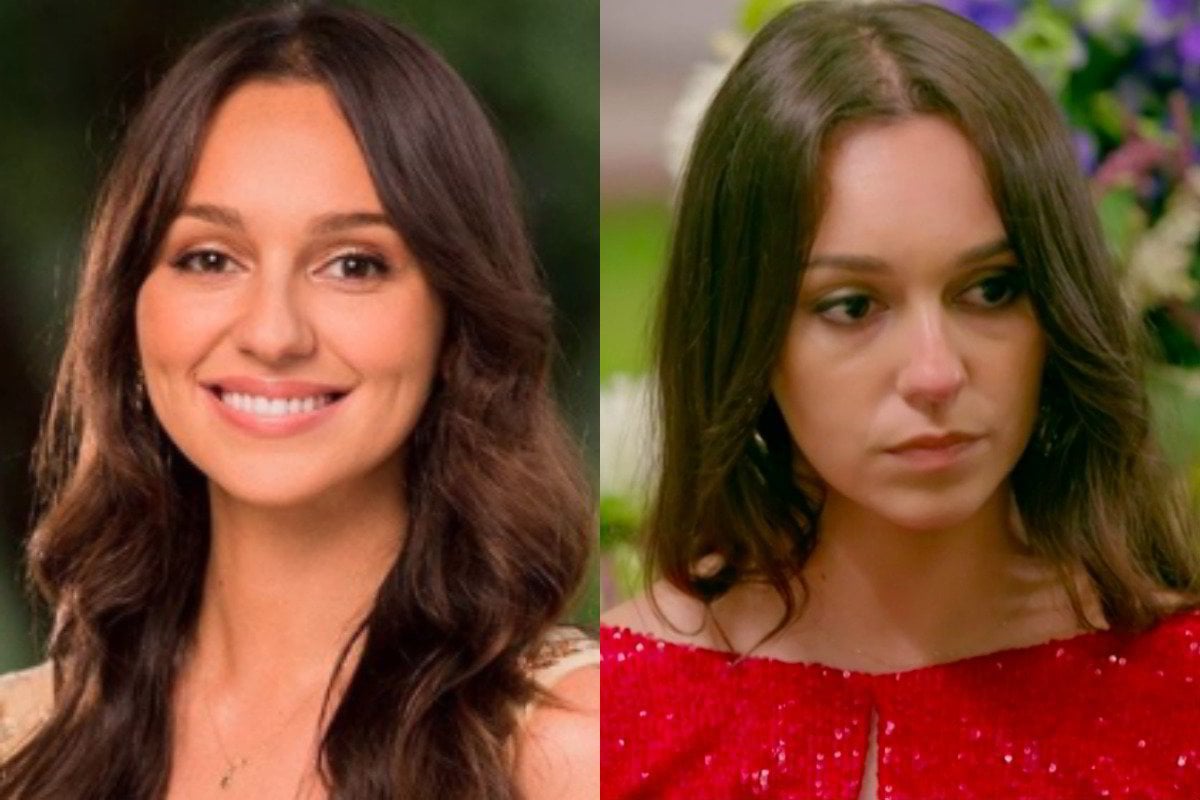 Before this season of The Bachelor had even hit our TV screens, we'd put Bella Varelis into a box.

The snippets we saw of her in the promos, plus her background as an influencer and her friendship with some of the biggest influencers in the country, made her the perfect 'wifey'.

In the weeks leading up to the premiere, Sportsbet placed the 25-year-old as a firm favourite to win and everyone assumed we knew how the season was going to end before it had even started.

Bella's red carpet entrance only confirmed our views. The marketing consultant got the classic 'wifey' entrance - the slow-motion exit from the limo, the princess dress, the fairytale music.

Locky told the cameras he "got lost in her eyes" as he watched her walk into the mansion. It was a classic Bachelor meet-cute. 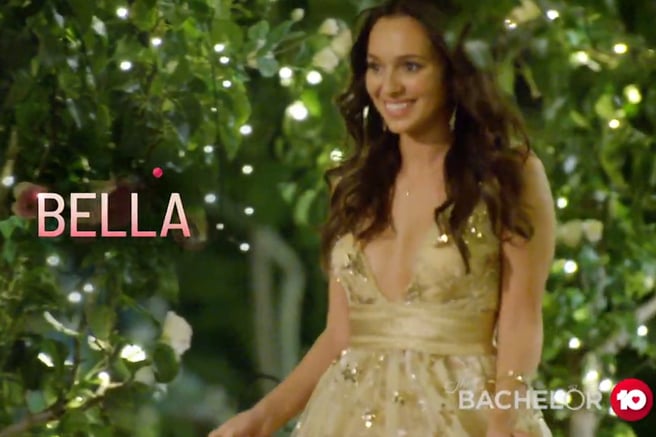 Bella missed out on the 'Triple Threat Rose' - a ploy the producers use every season to throw us off the scent - but she got the first single date with Locky.

Over the next few weeks, Bella followed in the footsteps of the 'wifeys' before her. Despite seemingly being surrounded by it, she stayed out of the drama. She always got alone time with Locky at the cocktail parties, and their connection seemed to deepen.

She became close friends with the other 'wifey', Irena Srbinovska, and viewers were certain they would make it to the final two together.

Then the show went into lockdown.

During 'Love in Lockdown', tensions grew between Bella and Irena. When they arrived back at the mansion last Thursday night, we suddenly saw another side to Bella.

Bella entered the cocktail party and greeted everyone except Irena. She then took a few of the other women aside and told them she didn't trust Irena anymore and their friendship was over.

While Bella was creating drama, Irena was off chatting to Locky, cementing her 'wifey' storyline.

Later, Irena asked Bella for a chat. She could tell Bella was upset with her and she wanted to know what went wrong with their friendship.

During this conversation, both Bella and Irena became upset. They said they couldn't trust each other. The conflict escalated with Bella storming off and calling Irena a "manipulative little b*tch".

In that moment, Bella seemingly went from 'wifey' to 'villain'. She no longer fit into the 'wifey' box, so she was unceremoniously shoved into the 'villain' box.

Suddenly, the woman who had been pegged to be the winner, was the subject of gossip columns and trolling comments on social media. 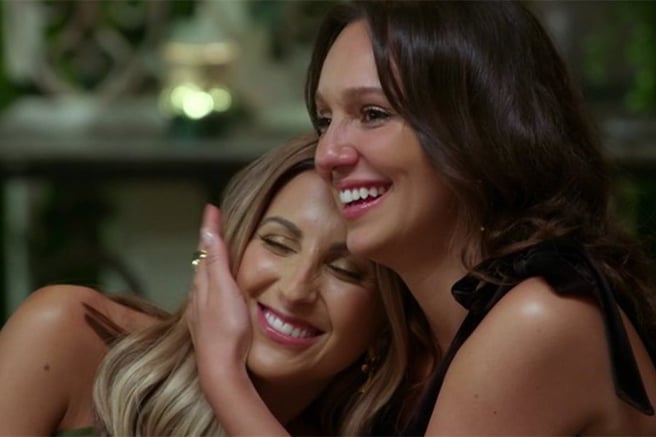 Bella and Irena in their first edit. Image: Channel Ten.

There were rumours about her body-shaming Irena and creating a "mean girl clique" in the house.

It was a brisk and dramatic fall from grace. Based on the different portrayals of Bella, you could be under the impression she had a complete personality transplant in lockdown. That she went into lockdown as one person, and came out as a completely different person.

But you don't just go from the belle of the ball to the evil step-sister in a matter of months.

What can happen, though, is you can be on the receiving end of different editing processes which make it appear that way.

At the start of the season, it served the producers and the storyline for Bella to be the 'wifey'. She was given the grand entrance and the good edit, so we only saw the sides of her personality which matched the narrative they were trying to sell.

After lockdown, with most of the 'villains' gone and the drama on the wane, it suddenly served the storyline to show Bella in a different light.

Suddenly, Bella wasn't just a one-dimensional princess in a dress who said and did all the right things.

She was a 'villain' who turned on her own best friend and created a new clique in the house. Her fairytale ending wasn't guaranteed, and she would not go down without a fight. 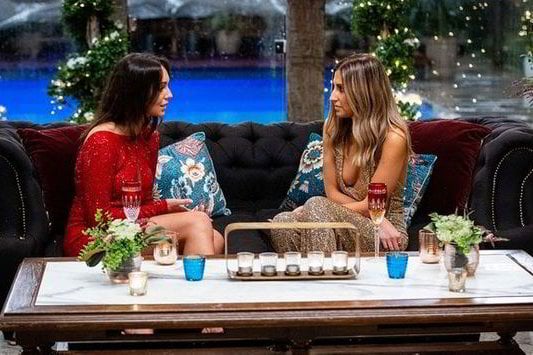 The difference a few months and a lot of editing can make. Image: Channel Ten.

The true Bella is probably shades of both 'characters'. She's probably lovely most of the time. Her friends likely describe her as loyal and kind and caring. But she no doubt also has moments when she shows a darker side to herself. She's said and done things she regrets and has had her 'mean girl' moments.

Bella, like everyone else, probably has at least a few people in her past who have been burned by her and didn't buy the 'wifey' edit.

The thing is, none of us fit neatly into a box. On any given day we can go from being the 'wifey' to the 'villain' to the 'kook'. One person's perception of us can be vastly different to someone else's.

The same goes for the women on The Bachelor. The side we see of them on TV is largely decided by the producers and fits nicely within the narrative they're trying to sell. A few different decisions in the production meetings and we might have met vastly different women over the past few years.

Abbie Chatfield might have been the 'wifey' and would have received a completely different reception from both the women in the mansion and the Australian public.

Chelsie McLeod could have been stirring the pot in the mansion. Nichole might have been seen as an innocent victim.

This year, Irena could have been the kook.

We might not have seen Zoe-Clare's epic meltdown about her hair colour and she could have gone on to be the Bachelorette.

LISTEN: Why we shouldn't put the women from The Bachelor into boxes. Post continues below.

We could have seen Areeba quietly sitting through the cocktail parties and demanded more screen time for her.

Bella may have slipped under the radar for most of the season before being quietly dumped prior to the final four.

Bella is neither entirely a 'wifey' nor a 'villain'. Like all the women who have come before her - and the ones who will undoubtedly come after her - she can't actually be shoved in a box.

We need to remember that the next time we're shocked by a reality TV contestants' sudden rebrand.

Reply
Upvote
41 upvotes
Obviously Bella trying to raise her profile to make it as an actress which the rumours of her previously being one have pretty much proven to be true.
Just like those Bachie alumni before her who have ended up on Aussie tv,  think Sam Frost on Home and Away and Tim Robards on Neighbours. The quickest way there for Bella is to have the most screen time along with the most drama.
C
chat_all_day_long 2 years ago