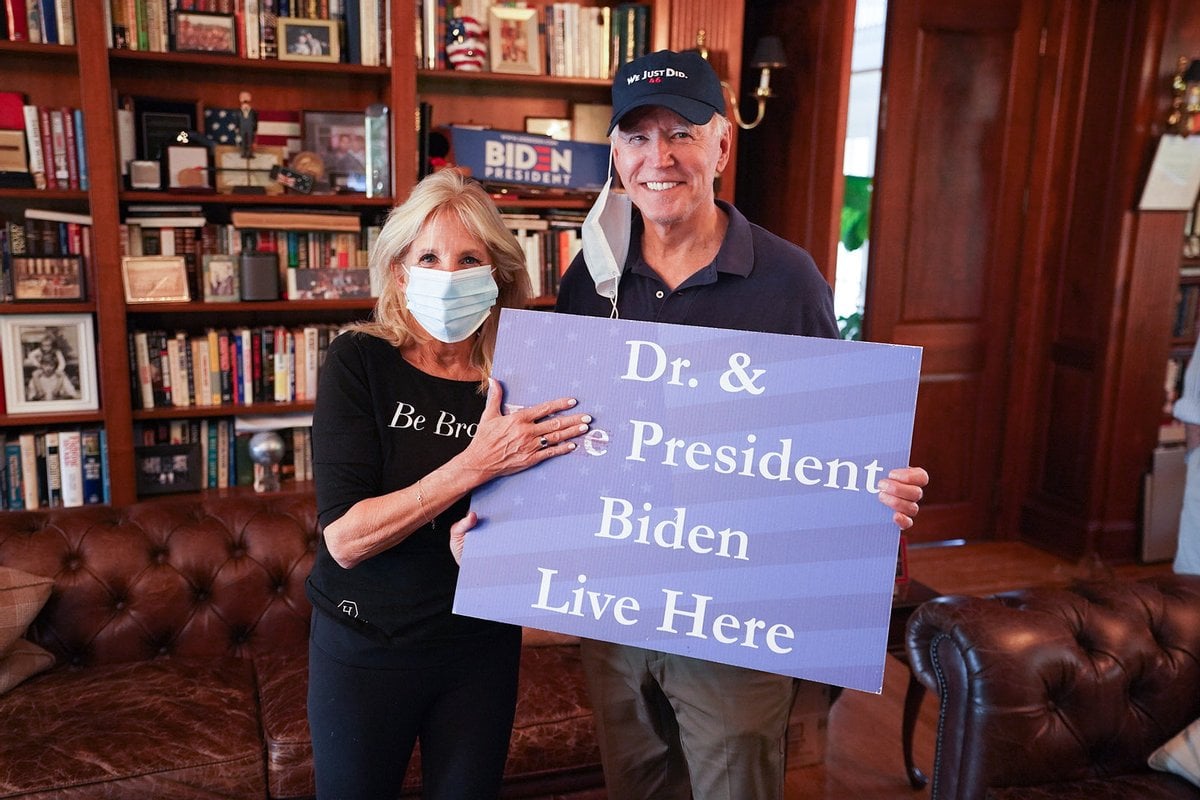 Dr Jill Biden is the next First Lady of the United States, after her husband President-elect Joe Biden won the 2020 US election.

In light of her husband's election win, the future FLOTUS shared a picture with Joe Biden, where she placed her hand over the 'vice' in 'vice-president'.

He will be a President for all of our families. pic.twitter.com/iGPKLMMIcK

Jill will follow in the footsteps of the likes of Eleanor Roosevelt, Hillary Clinton, Michelle Obama and current FLOTUS Melania Trump.

But unlike those who have gone before her, Dr Jill Biden has plans to be a FLOTUS like we haven't seen before. Why? Because Dr Jill Biden will become the first FOTUS to have a job outside of the White House.

Here is everything you need to know about the next FLOTUS.

Jill is the President-elect's second wife, after his first passed away in tragic circumstances.

Joe Biden was still a law student when he married Neilia Hunter in 1966. Together they had three children: Beau, Hunter and Naomi.

On November 7, 1972 - exactly 48 years before he would win the US presidential election - Biden won the US Senate election in Delaware. But just weeks later, while his wife Neilia was purchasing a Christmas tree with their children, she was killed in a car accident, along with their youngest child, Naomi. The two boys survived the crash but were left with serious injuries.

Five years after the accident, Joe Biden met Jill Jacobs, whom he would marry in 1977 and who became a step-mother to Hunter and Beau. 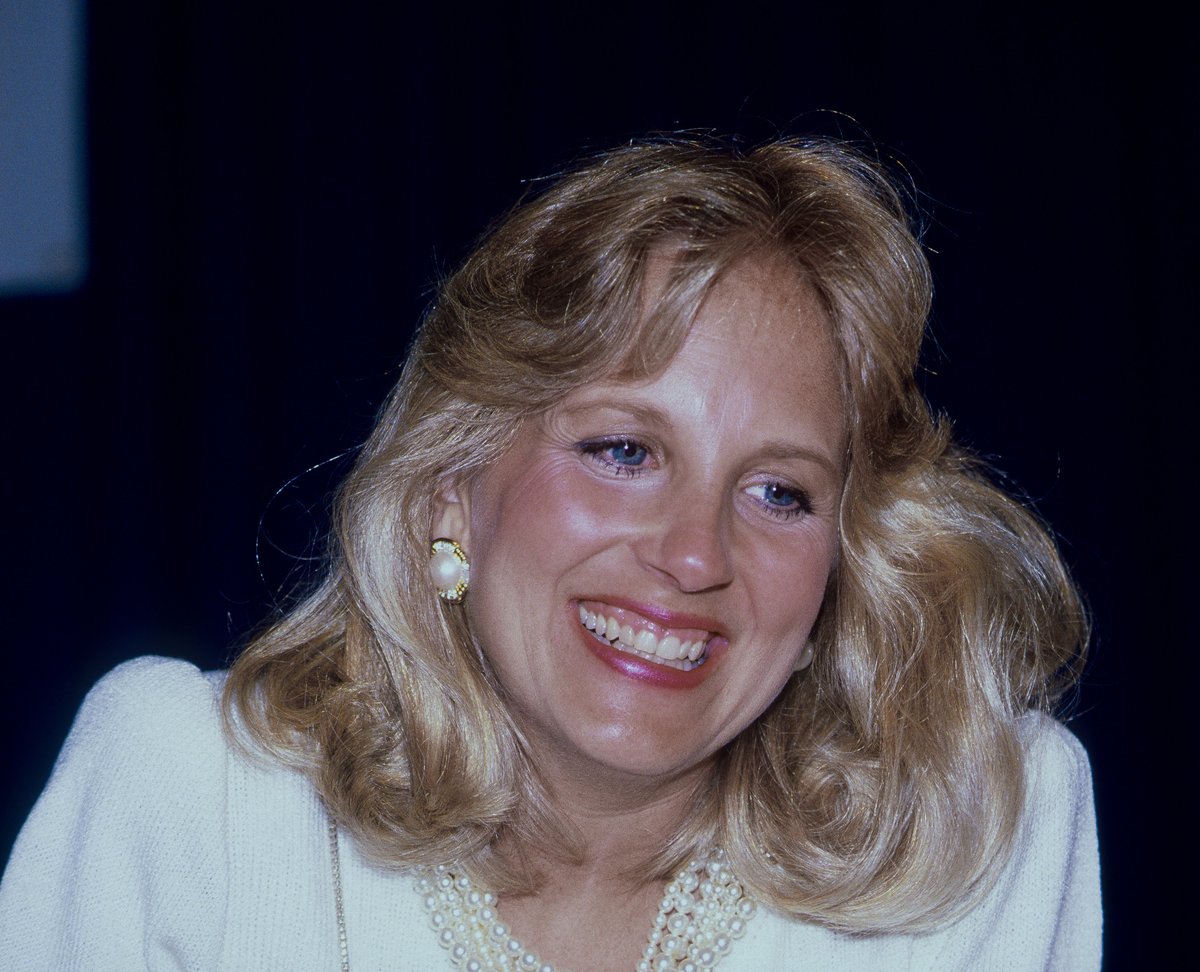 Jill Biden in 1987. Image: Getty.  “I fell in love with a man and two little boys standing in the wreckage of unthinkable loss. Mourning a wife and mother; a daughter and sister. I never imagined, at the age of 26, I would be asking myself, ‘How do you make a broken family whole?’” Jill Biden reflected at the Democratic National Convention said in 2020. 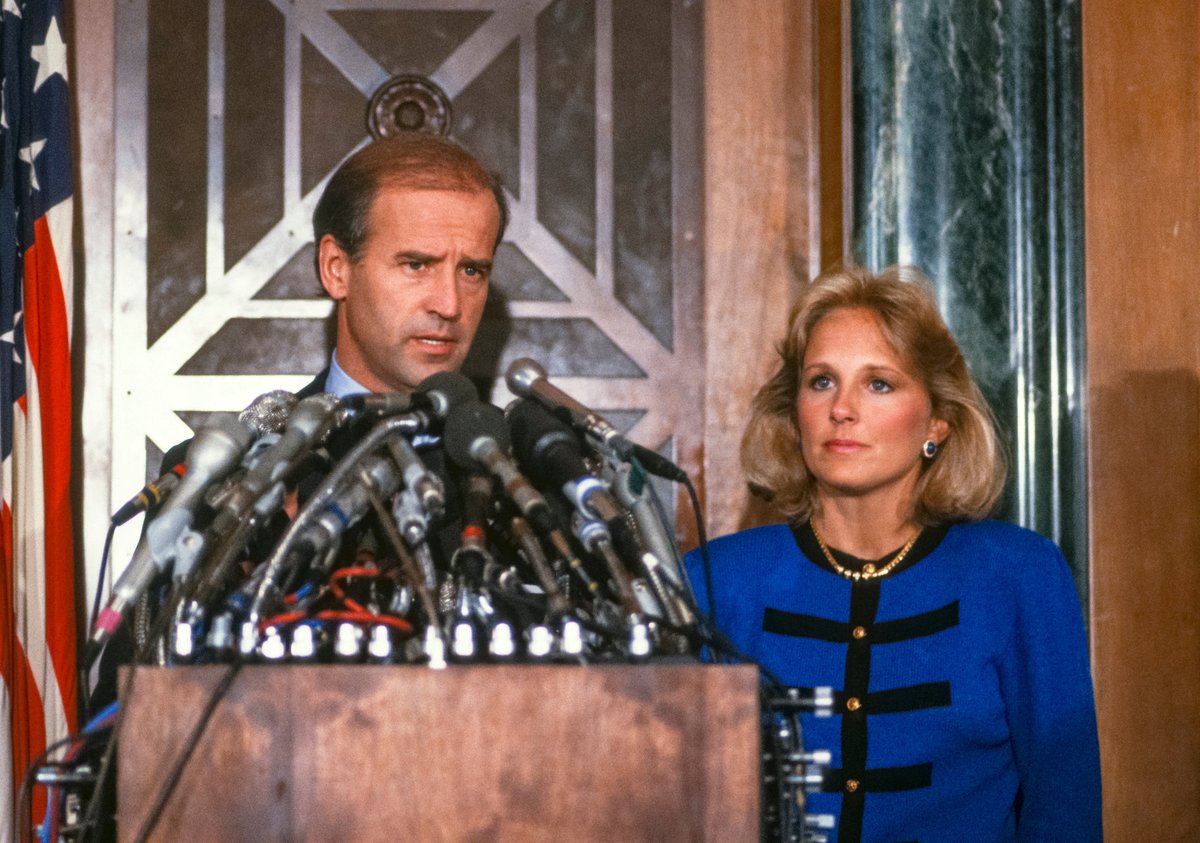 Joe and Jill Biden in 1987, after he first ran for President of the United States. Image: Getty. 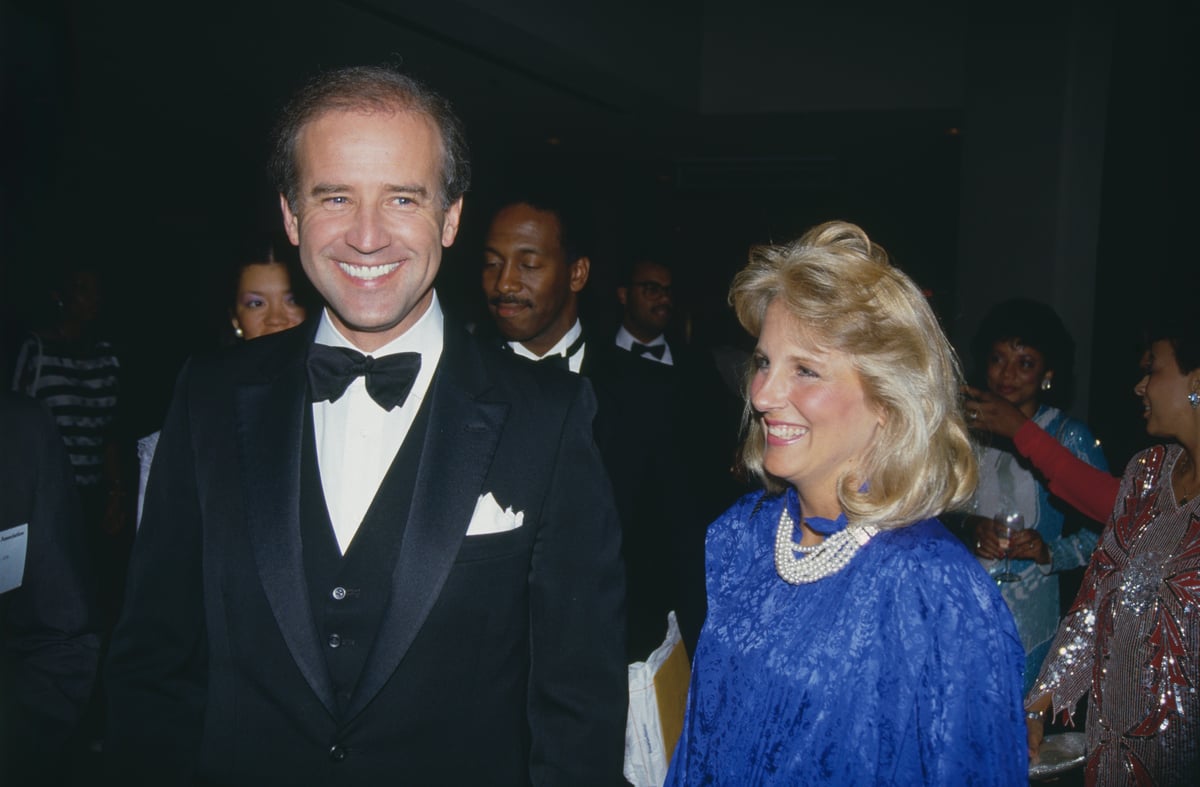 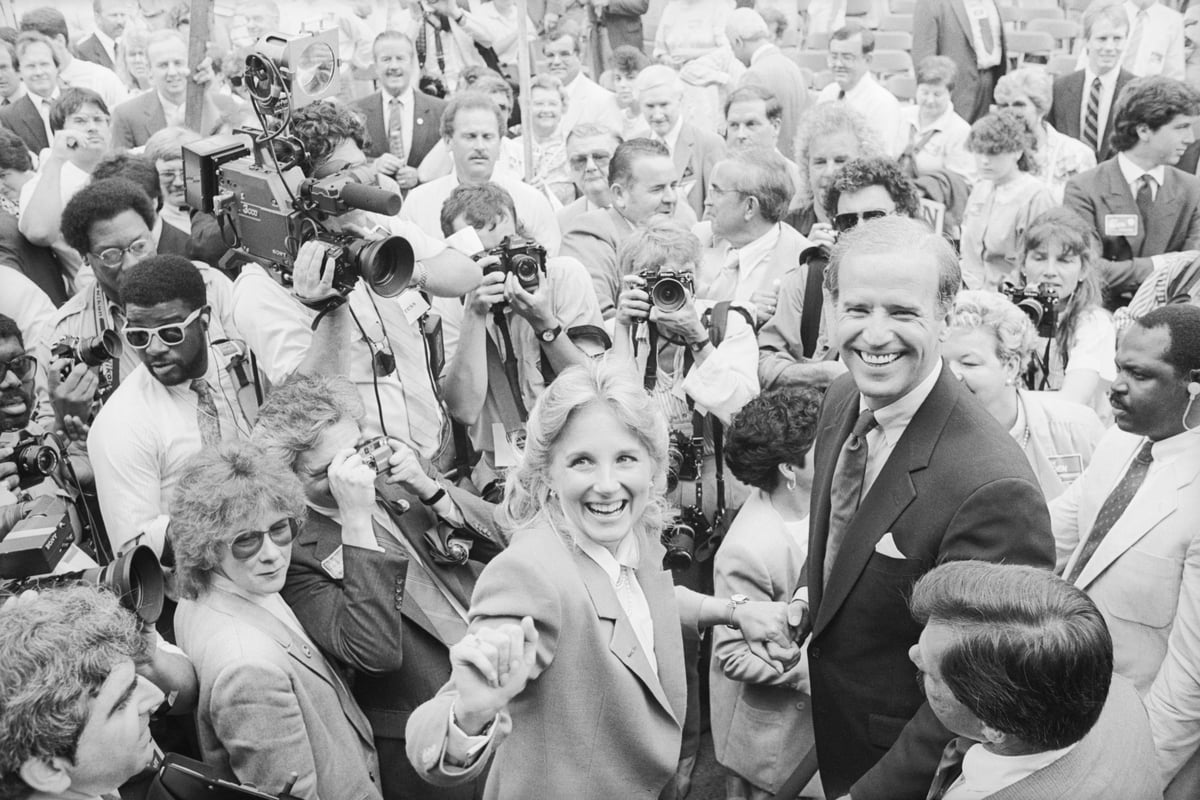 Joe and Jill Biden in 1987, after announcing his candidacy for President of the United States. Image: Getty.

The pair wed in 1977 and have now been married for more than 40 years. Together, they had one daughter, Ashley Biden, and are the doting grandparents to seven grandchildren. They have also endured the painful loss of Joe's son Beau Biden, who passed away in 2015 from brain cancer.

Now, at 69 and 77 years old, Jill and Joe Biden are set to move into the White House in January 2020 as the President and First Lady of the United States.

The pair often took publicly about their great affection for one another. In August, Joe Biden said: "I adore her. It sounds, gonna sound so stupid, I was saying to her the other day, when she comes down the steps and I look at her, I still, my heart still skips a beat." 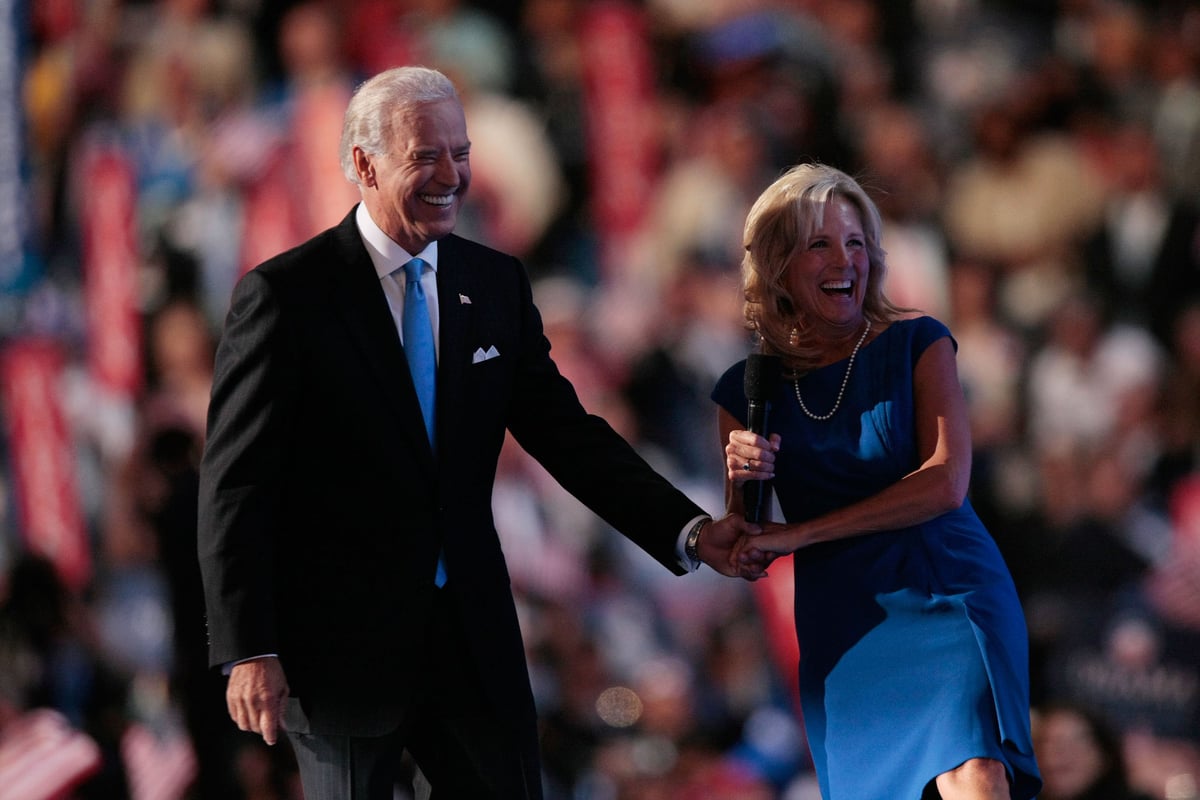 Joe Biden and Jill Biden have now been married for more than 40 years. Image: Getty.

"Jill’s a mom — a military mum — and an educator," he said. "She has dedicated her life to education, but teaching isn’t just what she does — it’s who she is. For America’s educators, this is a great day: You’re going to have one of your own in the White House, and Jill is going to make a great first lady."

Indeed, Jill Biden is an American educator who received her doctorate in education from the University of Delaware in 2007. She works as a professor at a community college, where her students call her Dr B, according to CBS News who interviewed her. 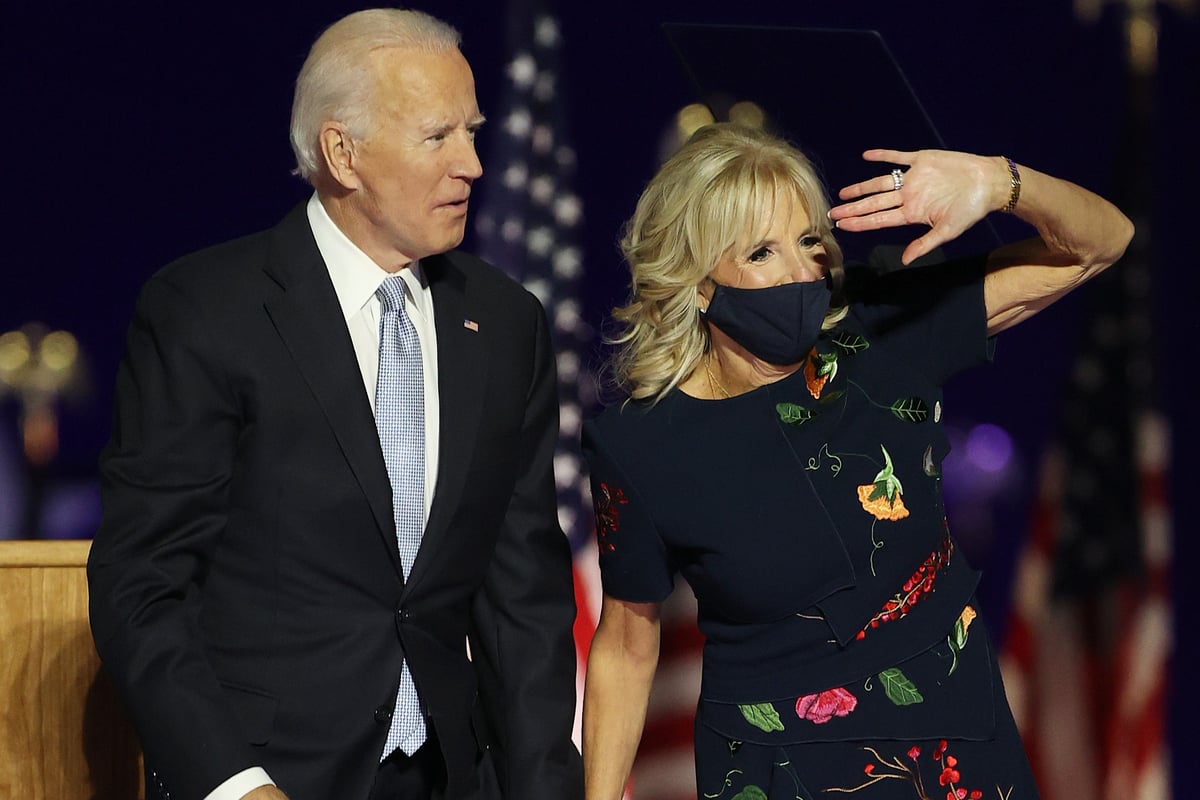 President-elect Joe Biden and Jill Biden wave to the crowd after Biden's address to the nation from the Chase Center November 07, 2020 in Wilmington, Delaware. Image: Getty.

"I teach a lot of immigrants and refugees. I love their stories, I love who they are as people, and I love the fact that I can help them on their path to success," she told the publication in August this year.

Asked whether she would continue working if her husband is elected to office, she responded: "I hope so. I would love to.

"If we get to the White House, I'm gonna continue to teach. It's important, and I want people to value teachers and know their contributions, and lift up the profession."

Asked what she will do as First Lady by CNBC, her answer was clear.

"Education would be right up there — and military families. I'd travel all over this country trying to get free community college," she explained. "We need good reading programs, and we need equity in schools. We're competing in this global market, and the US's standing has got to get better."

It wouldn't be the first time Jill Biden has been in the White House and maintained her job.

When Biden was Vice-President for Barack Obama from 2009 to 2017, and Jill served as the Second Lady of the United States, she continued to teach. 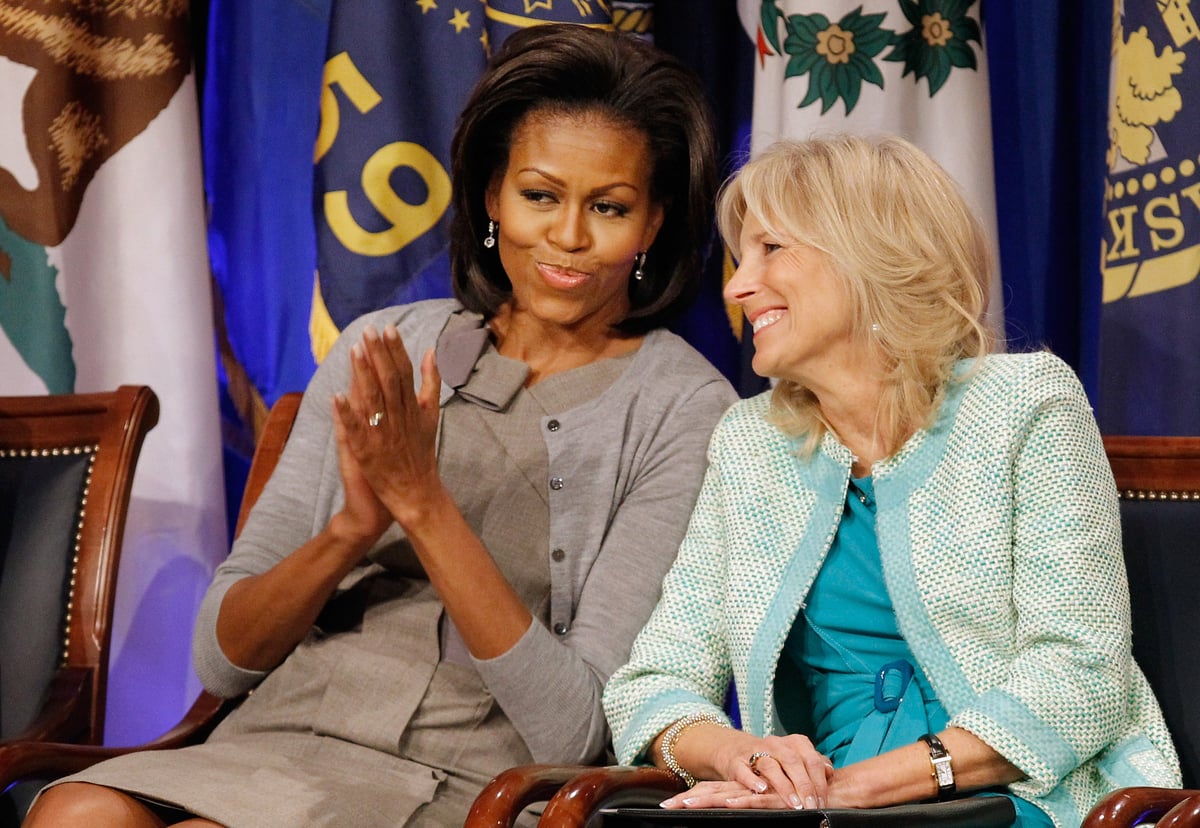 Jill Biden and Michelle Obama are famously good friends, with their husbands' serving as Vice President and President of the United States respectively from 2008 to 2017. Image: Getty.

“Jill is always grading papers,” Obama said. “Which is funny because I’d forget, ‘Oh yeah, you have a day job!’ And then she pulls out her papers and she’s so diligent and I’m like, ‘Look at you! You have a job! Tell me! Tell me what it’s like!’”

As of January 20, 2021, when her husband is sworn in during inauguration, Jill Biden will likely make history as the first FLOTUS to hold a job outside of the White House.

Reply
Upvote
If First Lady Dr Jill Biden was to keep teaching, how would they possibly organise security? I don't see how it could be practical.
"When Biden was Vice-President ... from 2009 to 2017, and Jill served as the Second Lady ... she continued to teach"
Yes, but that's hardly the same as being First Lady.