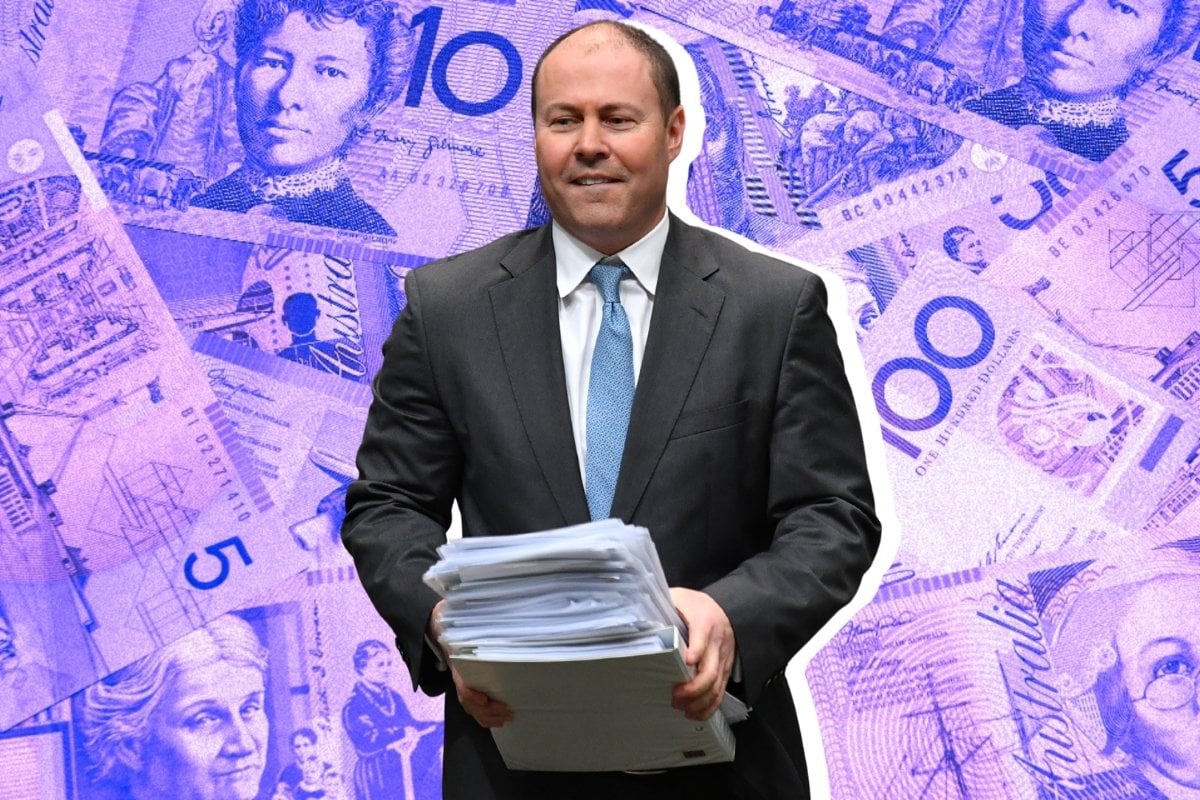 Today is the second Tuesday of May, also known as Budget Day.

Tonight, Treasurer Josh Frydenberg told Australians how the Morrison Government plans to spend taxpayers money for the next four years.

Listen to the latest episode of The Quicky, Mamamia's daily news podcast. Post continues after podcast.

Ahead of the budget, the government shared what they plan to do, with much of what they've revealed centreing on women.So now that their full proposal has been released, let's take a look at what the 2021 Federal Budget actually means for women.

Ahead of the budget, the Morrison Government announced it was committed to doubling its spending on women’s safety, spending at least $227 million annually ($680 million over three years) on domestic violence prevention.

Hayley Foster, chief executive of Women’s Safety NSW, said: "This is a good start and if invested in the right interventions, will significantly improve the safety of many Australian women and children experiencing family, domestic and sexual violence.

“However, we still need to see a four-fold increase in this figure if we want to ensure all Australians can access the services they need to achieve safety in the face of domestic and sexual violence and all communities equipped with the tools and resources to prevent such violence occurring in the first place.”

"We will improve the family law system to better protect children, give victims of domestic violence greater access to justice, and reduce the time spent in court," explained the treasurer.

Frydenberg also said the government is responding to the [email protected] Sexual Harassment National Inquiry Report by "strengthening laws, guidance and standards to prevent and to address harassment". However, the treasurer didn't go into further detail about this in his address.

The increased spending follows allegations concerning the treatment of women in Federal Parliament.

Watch: The hidden numbers of violence and women in Australia. Post continues below.

Treasurer Josh Frydenberg says the budget's $1.7 billion injection into the childcare system will provide additional support to around 250,000 families, who will be better off by an average of $2,200 a year because of it.

Their new package is aimed at low and middle-income families earning $130,000 or less.

For families with two or more children aged five and under, the childcare subsidy will increase to a maximum of 95 per cent, up from 85 per cent.

These changes, however, will not come into effect until July 2022. 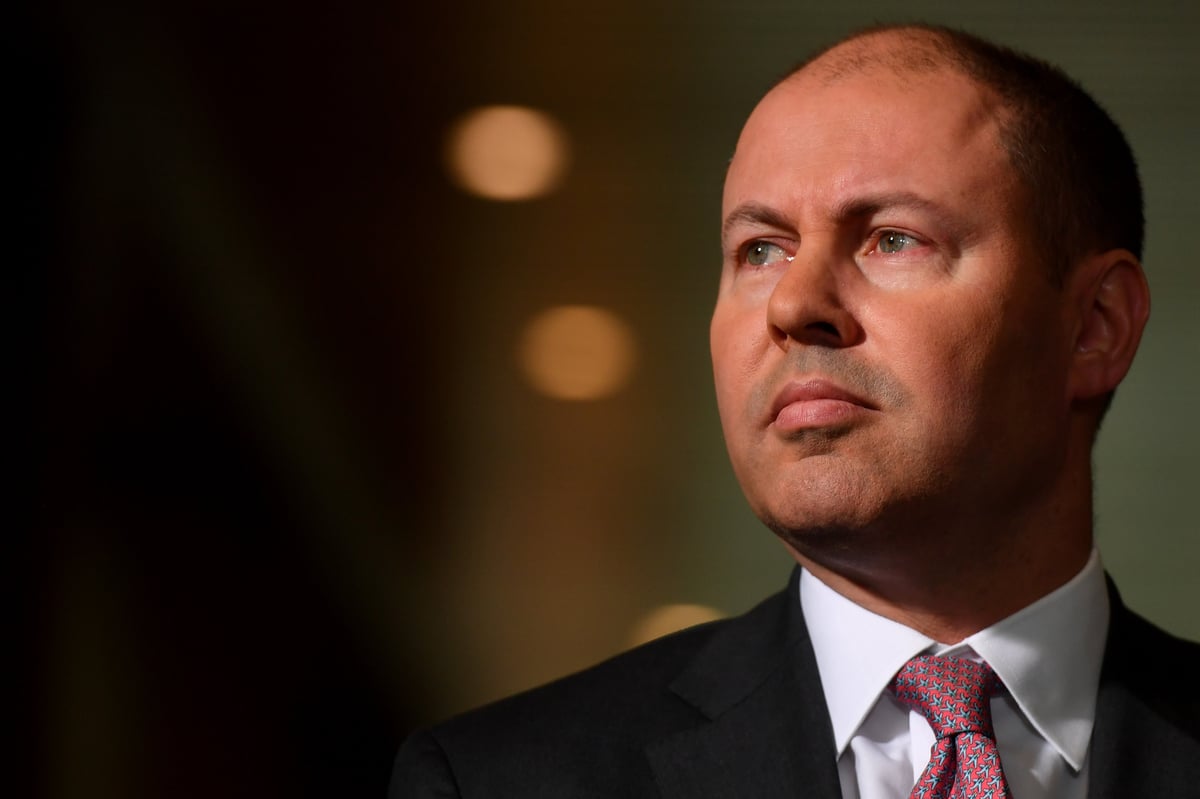 Josh Frydenberg's new $1.7 billion injection into childcare will not come into effect until July 2022. Image: Getty. This comes after ABS data revealed last week that Australian parents are paying more than ever for early childhood education.

Amanda Rishworth, the opposition's spokesperson for Early Childhood Education, said the scheme was too exclusionary, with most families not able to benefit from these changes.

"Families right across the country are struggling with the cost of childcare," she said, according to ABC.

The package includes funding for cervical and breast cancer, endometriosis and reproductive health.

Here are some of the key investments:

"The Government was also providing in this budget new funding for endometriosis, research into pre-term birth and genetic testing for pregnant women."

No explicit dollar value was assigned to this agenda, but the fact it's even being discussed is a huge win for women.

The government will provide funding to help women break into non-traditional trades, with training support for 5,000 places.

$63.5 million will also go into providing 2,700 places in indigenous girls academies to help with finishing school and entering the workforce.

The government is also investing $42.4 million to enable women to pursue STEM qualifications.

"We want all Australians to get the most out of the superannuation system. On average, women retire with less superannuation than men," said Frydenberg.

To combat this, the government said they will remove the current $450-per-month minimum income threshold for the Superannuation Guarantee.

This change will help 200,000 women by providing more economic security in retirement.

Reply
Upvote
6 upvotes
We need the Government to say that they are providing $220+ million per year for three years to combat MEN'S VIOLENCE.  Not money for 'family violence' - the same old thing,  or more hotlines and shelters for women (although we'll gladly take those as well). Women are sick of doing all the work.
We need Morrison to tell us what men are going to miss out on, what the government is doing to increase punishments, jail sentences, ankle monitoring, mandatory sentencing of violent men and mandatory anger management counselling. We want public ad campaigns shaming violent men in all their forms. It is time men made the sacrifices to solve this problem and our male leadership must lead on this or be punished by women at the next election.

Reply
Upvote
@anonymous Interesting, Cat says in her comment that things like this should just be generic, no need to gender it.
(I agree with you by the way)

Reply
Upvote
@snorks Cat is clearly talking about a different issue, health, whereas this comment is about combating men's violence against women. So not sure what your point is here.

Reply
Upvote
1 upvotes
@anonymous I agree, there needs to be more focus on prevention and deterrence, not just funds allocated to aftermath.

Reply
Upvote
1 upvotes
@gu3st and if their solution is to fund the aftermath, they could at least fund it well.

Reply
Upvote
1 upvotes
227 million?
But 90 billion on submarines.
And you don’t get special credit for a ‘health package for women’, women are 50% of the population. We aren’t a minority group within the health system. Why is funding for prostate cancer just ‘health’’ but breast cancer is ‘women’s health’?!