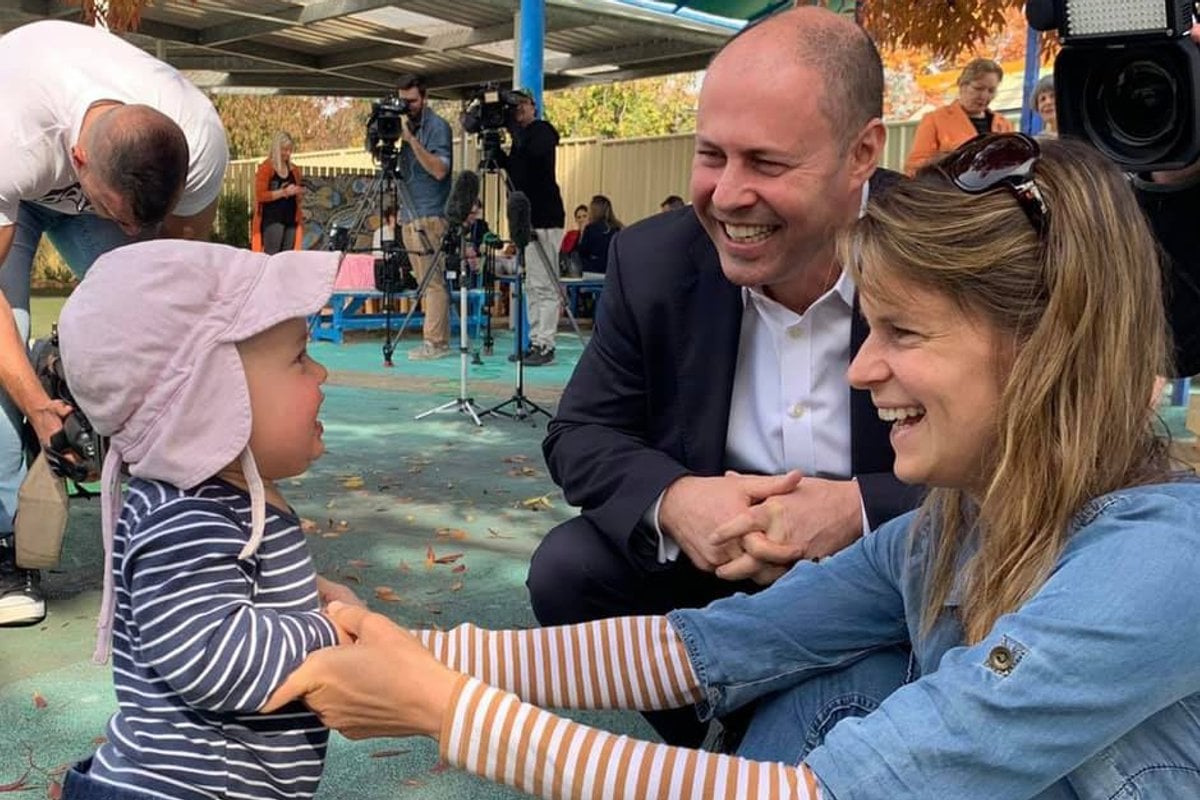 Under the Coalition, female workforce participation has hit a record high.

The gender pay gap has narrowed from a peak of 18.2 per cent under Labor to 13.4 per cent today, a record low.

This sees a woman on average full-time earnings around $1,100 a year better off.

Female employment has rebounded strongly after the immediate impact of COVID-19.

This data is very encouraging, with the level of female employment now higher than it was pre-pandemic.

However, there is still much more to do.

This is why the Morrison Government is making a new $1.7 billion investment in childcare that will provide additional support to around 250,000 families.

About half of these families have an income of less than $130,000. There are two key changes.

First, the current $10,560 cap on the childcare subsidy will be removed.

Second, families with two or more children aged five and under will receive a 30 per cent increase in the subsidy for their second and subsequent children up to a maximum of 95 per cent of fees paid.

The Government’s focus remains on supporting low and middle income families with the tapering rate applying between incomes of $69,390 and $353,680.

This targeted and proportionate investment is designed to give parents who choose to work more hours or more days the opportunity to do so.

A post shared by The Hon Josh Frydenberg MP (@josh.frydenberg.mp)

The payoff for the economy is significant, with GDP expected to grow by about $1.5 billion a year.

Treasury analysis indicates these changes will deliver up to 300,000 more hours worked per week.

This is the equivalent of 40,000 people working an extra full day a week.

Practical examples illustrate how these changes will make it more cost-effective for parents to undertake further work.

For example, Martin works full time as a chef, earning $70,000 a year, his wife Hayley earns $25,000 a year, working two shifts a week as an allied health worker.

Their two children are in a local community daycare centre.

Hayley wants to work an additional two shifts to effectively double her salary, but if she does so, childcare costs will eat up much of her additional income.

Under the changes, Martin and Hayley will now get a 95 per cent subsidy for their second child, saving them $109 a week or more than $5,600 a year.

These reforms reduce the disincentive to work and give families more choice.

Similarly, a single parent on $110,000 a year with three children in childcare, five days a week will now get a saving of $238 per week as the subsidy increases to 95 per cent for the second and third child.

As a result of these reforms, all families with household incomes up to around $130,000 will get a subsidy of 95 per cent for their second and subsequent children in childcare.

This provides these families with the financial flexibility to take those extra hours if they so need.

Since the Coalition has come to government, spending on childcare has increased by over 70 per cent and is now at more than $10 billion a year.

It has helped 280,000 more families access childcare today, compared to when we came to government.

While Labor has targeted their support at families with a household income of more than half a million dollars, our focus has been different, targeting those low and middle-income families, particularly those with multiple children in childcare.

This is not only a more effective approach, it’s a fairer one too that leaves the Australian economy and Australian families better off.