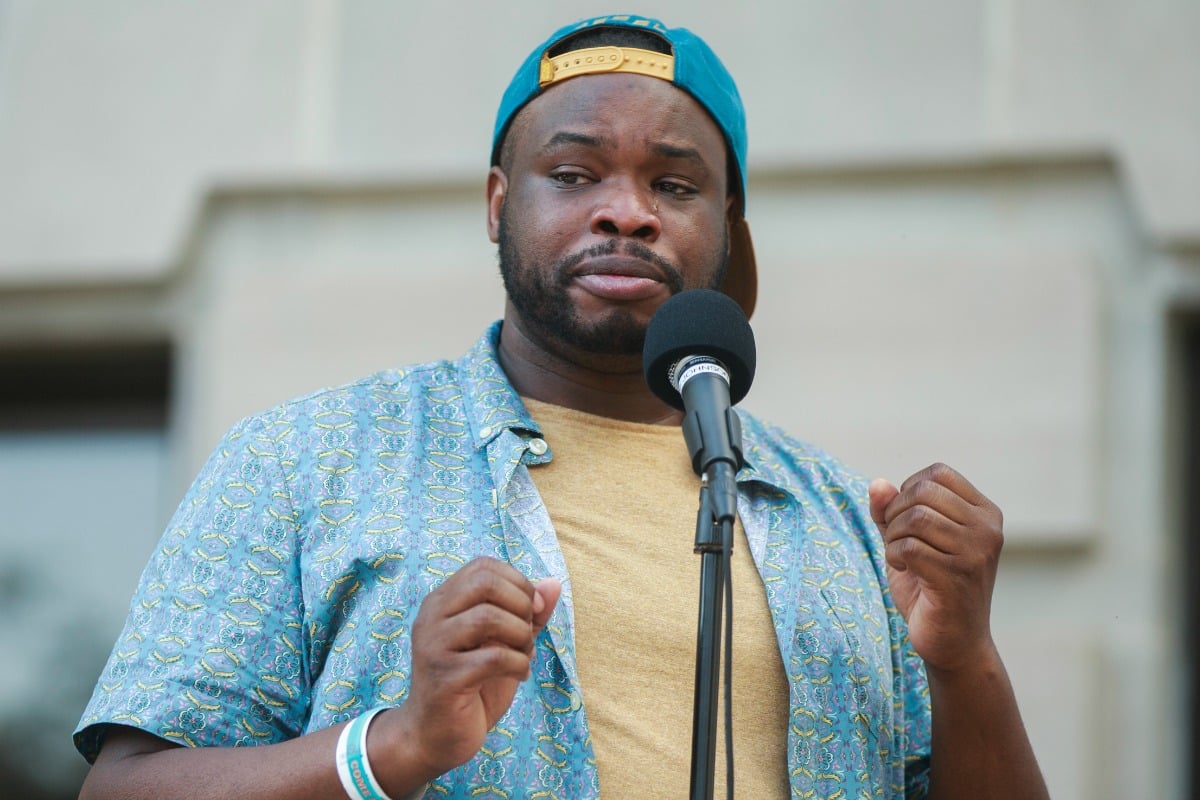 On Saturday, July 4, 2020, Vauhxx Rush Booker and his friends headed to Lake Munroe, a scenic reservoir just outside Bloomington, Indiana, to watch the lunar eclipse.

They weren't keen on celebrating Independence Day, rather they just wanted to enjoy a simple night out under the stars enjoying nature's beauty, after months in coronavirus lockdown.

On their way into the park, Vauhxx, 36, and one of his friends, came across a drunk white man, wearing an oversized hat emblazoned with the confederate flag. 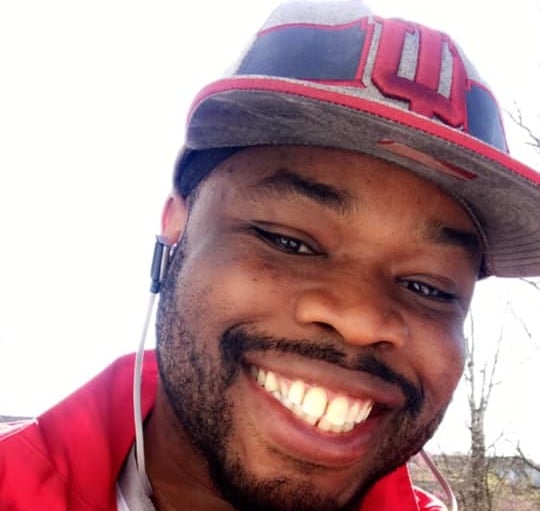 Vauhxx was attending a lunar eclipse viewing over the weekend with friends. Image: Facebook.

"You're on private property," he falsely told them, much to the friends' confusion.

After arriving at their gathering, they messaged those still on their way to take the much more public beach route in, just in case the drunk man was still causing trouble.

As the night continued word got back the public beach was now also being blocked off. Apparently a group of drunk people were yelling out "white power" whenever anyone tried to pass them by.

"Honestly, we thought it might just be the one drunken individual with the confederate hat we had encountered earlier who might be instigating the conflict. We decided to just walk back and attempt to simply have a conversation with some of the more sober seeming group members and see if we could smooth things over a bit," Vauhxx wrote on Facebook.

But no conversation would make a difference. Vauhxx's group, it appeared, was being targeted for one reason only: he was a black man.

"Two of them jumped me from behind and knocked me to the ground. I tussled with the two and another one joined in, then two more. The five were able to easily overwhelm me and got me to the ground and dragged me, pinning my body against a tree as they began pounding on my head, ripping off some of my hair, with several of them still on top of my body holding me down," Vauhxx recalled.

"They held me pinned and continued beating me for several minutes seemingly become more and more enraged. At one point during the attack one of the men jumped on my neck," he added.

As the assault continued, a crowd grew, and many tried to intervene. Video footage of the encounter shows Vauhxx on all fours, being pinned against a tree.

WARNING: The below video is distressing. View with caution.

“The attackers told the growing group, ‘we’re going to break his arms’ (while literally attempting to bend my arms behind me) and then stated to the members of their party several times to ‘get a noose,’ amongst some other choice slurs," continued Vauhxx, in his 1200 word recounting of the alleged hate crime.

"With me still pinned underneath them, they kept telling onlookers to leave the 'boy' and that everyone else (all white) could go. Folks then started filming the confrontation, and shouting that they wouldn’t leave me to be killed," he wrote.

Eventually, the growing group of onlookers got the attackers off, and someone called 911.

When the Indiana Department of Natural Resources arrived, they approached the attackers first. When they finally made their way back to Vauhxx and his friends, the group were armed with multiple videos all of which included both physical and verbal threats on Vauhxx's life. Multiple witnesses corroborated their story, sharing their own vision of the terrifying event.

Vauhxx stood in front of them, covered in abrasions, bruising and ripped out hair patches. He also suffered a concussion as a result of the attack.

Despite all of this, no one was arrested. Instead, they were simply told a 'report' would be made.

"I lack the ability to adequately express my thoughts regarding this moment. How many Black people had the same surreal and terrifying experience of strangers talking about their own murders in front of them, who then didn’t live to see another day," said Vauhxx.

"I’m not sure I know what to do next. I consider myself a leader (I’m on [the Monroe] Human Rights Commission and do so many other roles) and don’t know what to do. Leaders are supposed to know what to do. But, I’m not going to cry. I refused to die with these white men atop me while I struggled for every breath. I still refuse to be a hashtag or some racist’s victim.

"I was almost the victim of an attempted lynching. I don’t want this to have happened to me or anyone. It hurts my soul, and my pride, but there are multiple witnesses and it can’t be hidden or avoided," he said.

Since telling his story on Facebook on July 6, it's been shared over 200,000 times and picked up globally by the world's media.

On Monday, hundreds gathered in protest in Bloomington calling for the five men involved to be charged. 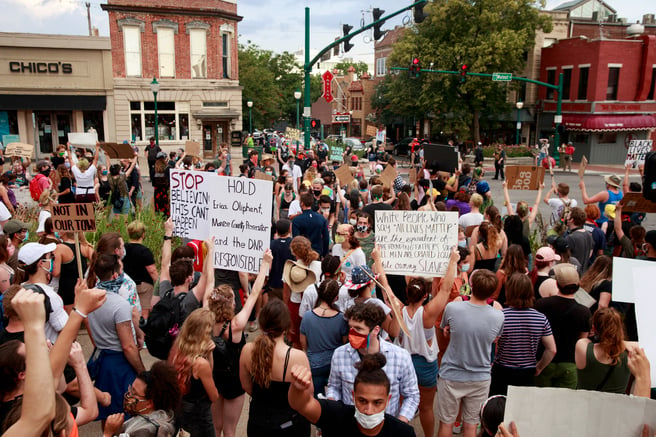 The office for Bloomington Mayor John Hamilton expressed “outrage and grief” over the incident, saying in a Facebook post that it was an example of “the persistence of racism and bias in our country and our own community".

He promised to work with the local county prosecutor to seek justice.

Bloomington Democrat Mark Stoops said that he was “horrified by the racist attack," and called on Republican Governor Eric Holcomb to suspend and investigate the Department of Natural Resources officers who responded to the scene.

Over the past few days, outrage has continued to grow, and thousands have expressed their horror on Twitter, and other social media platforms.

In 2020 this is #Bloomington, Indiana after the racist and violent physical attack on #VauhxxBooker.

His attackers have not been arrested.

Protesters demand they be arrested and the DNR officers who didn’t arrest, be fired.

Finally, on July 8, it was announced the FBI would open an investigation, and Vauhxx's lawyer says "charging decisions could be made soon".

"We will continue our quest every day until some justice is served," attorney Katharine Liell added.

As of the writing of this article, no arrests have been made.

His name was George Floyd.

His name was Rayshard Brooks.

His name was Ahmaud Arbery.