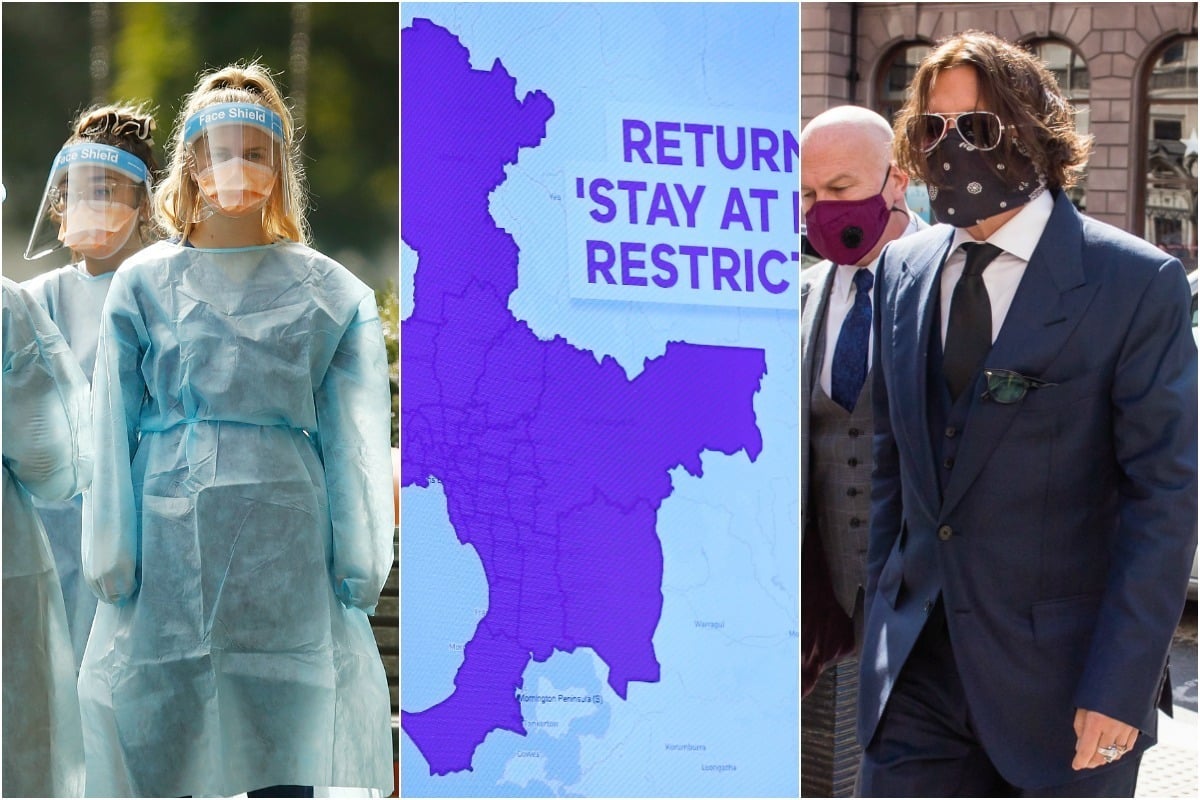 Melbourne and its surrounding regional communities are preparing to go back into stay-at-home lockdown at 11:59pm tonight for six weeks.

Victoria notched another 191 coronavirus cases on Tuesday, making it the state's highest daily total since the start of the pandemic.

Under the rules, people can only leave their homes to get food and supplies, receive or provide care, exercise, and study or work if they can't do so from home.

"We know we're on the cusp of something very, very bad if we don't take these steps today," Premier Daniel Andrews said.

Except for Mitchell Shire, which takes in towns including Broadford, Kilmore, Pyalong, Seymour, Tallarook and Wallan, regional Victoria is excluded from the lockdown.

The federal government announced it will waive parent gap fees from Monday if children are not attending child care for COVID-related reasons in the new lockdown areas of Melbourne and the Mitchell Shire. 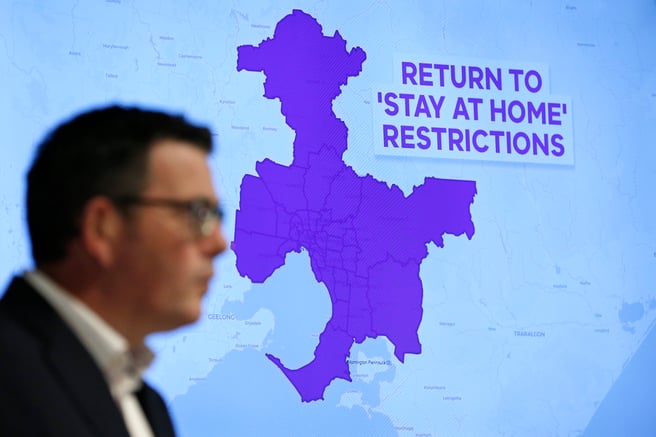 Melbourne and the Mitchell Shire will go into lockdown tonight. Image: Darrian Traynor/Getty.

Businesses and centres that had recently reopened will have to close their doors, while eateries have to go back to takeaway and delivery only.

Visitors will no longer be welcome at homes and people cannot gather outside in groups of more than two.

Schools in affected areas will not open their doors for term three, which was to start on Monday. Rather, holidays will be extended by a week to give teachers and parents time to prepare for remote learning.

Residents in nine public housing towers in Flemington and North Melbourne remain in strict lockdown, unable to leave their homes until everyone is tested.

Medical workers in Victoria are now being told to wear masks to help curb the spread of the coronavirus, with two paramedics among the latest cases announced.

Queensland warns holidaymakers to expect delays when their borders open.

Holiday-makers have been put on notice that border declaration passes to enter Queensland must be renewed every seven days.

From midday on Friday, Queensland's borders will open for the first time since closing in mid-March to stop the spread of COVID-19.

Anyone who has been in Victoria in the previous 14 days, including returning Queensland residents, will be placed in quarantine at their own expense.

Premier @AnnastaciaMP says police are hunting for Victorians being smuggled over the Queensland border in trucks.https://t.co/myAJwAJU6M

The state is expecting a major influx of school holiday-makers from NSW and Mr Gollschewski says they should factor in lengthy delays at border crossings.

"When coming in, as well as your border declaration pass, you must have proof of address," he said.

"It is not a 'get once and forget about it'. It is only valid for seven days."

There are just two active cases in Queensland following a positive test on Tuesday, the first in more than a week.

The World Health Organization has acknowledged there is "evidence emerging" of the airborne spread of the coronavirus, after a group of scientists urged the global body to update its guidance.

"We have been talking about the possibility of airborne transmission and aerosol transmission as one of the modes of transmission of COVID-19," the WHO's technical lead on the COVID-19 pandemic, Maria Van Kerkhove, told a news briefing.

This simulation shows even 20 min after single cough, microdroplets spread throughout a classroom size space and linger in air, waiting to be inhaled

The WHO has previously said the virus that causes the COVID-19 respiratory disease spreads primarily through small droplets expelled from the nose and mouth of an infected person that quickly sink to the ground.

But in an open letter to the Geneva-based agency, published on Monday in the Clinical Infectious Diseases journal, 239 scientists in 32 countries outlined evidence they say shows floating virus particles can infect people who breathe them in.

Because those smaller exhaled particles can linger in the air, the scientists are urging the WHO to update its guidance.

Hollywood star Johnny Depp has accused his ex-wife Amber Heard of conducting extra-marital affairs, and lying about him beating her up, as he begins libel action against a British tabloid.

The 57-year-old Pirates of the Caribbean star is suing The Sun's publisher News Group Newspapers and its executive editor Dan Wootton for libel over an article Wootton wrote in April 2018 calling him a "wife beater".

The paper's lawyers said they would show the claim was true, and that Depp had beaten Heard, causing her to fear for her life, during violent rages brought on by alcohol or drugs, sometimes when he had falsely accused her of infidelity. 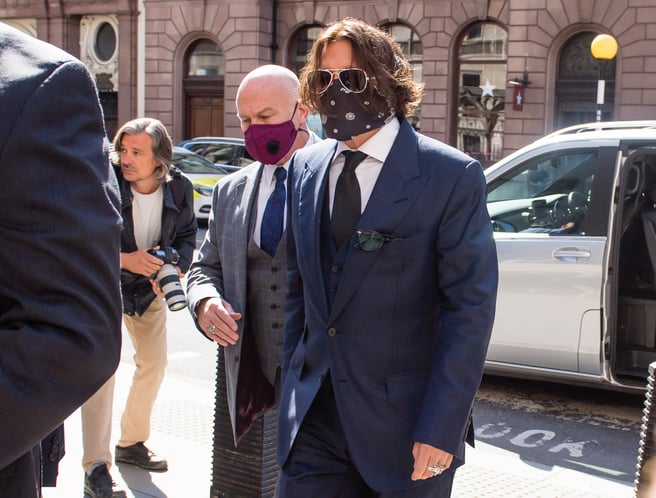 Johnny Depp has appeared in court as he sues The Sun's publisher for calling him a "wife beater."

The actor became an alternate persona which he himself described as "the monster", they said.

"For the avoidance of any doubt, I have never abused Ms Heard, or, indeed, any other woman, in my life," Depp said in a witness statement in which he characterised his ex-wife as a calculating, sociopathic, emotionally dishonest narcissist.

Wearing a dark suit and glasses and speaking in a deep clear tone, Depp gave evidence at the beginning of the case at London's High Court on Tuesday.

He said he was the victim of attacks from his ex-wife and had himself sought to avoid confrontation.

- CNN has obtained a copy of Mary Trump's forthcoming book, which they say accuses the President of "hubris and wilful ignorance" dating back to his early days.

- Brazil's President Jair Bolsonaro has tested positive for COVID-19, after months of downplaying the virus' severity.

- Coronavirus is spreading so rapidly in the southern United States that contact tracing is no longer possible, an expert says. Confirmed infections have surpassed more than three million, with deaths now above 130,000.

- The world's longest-surviving conjoined twins have died aged 68 in Ohio.