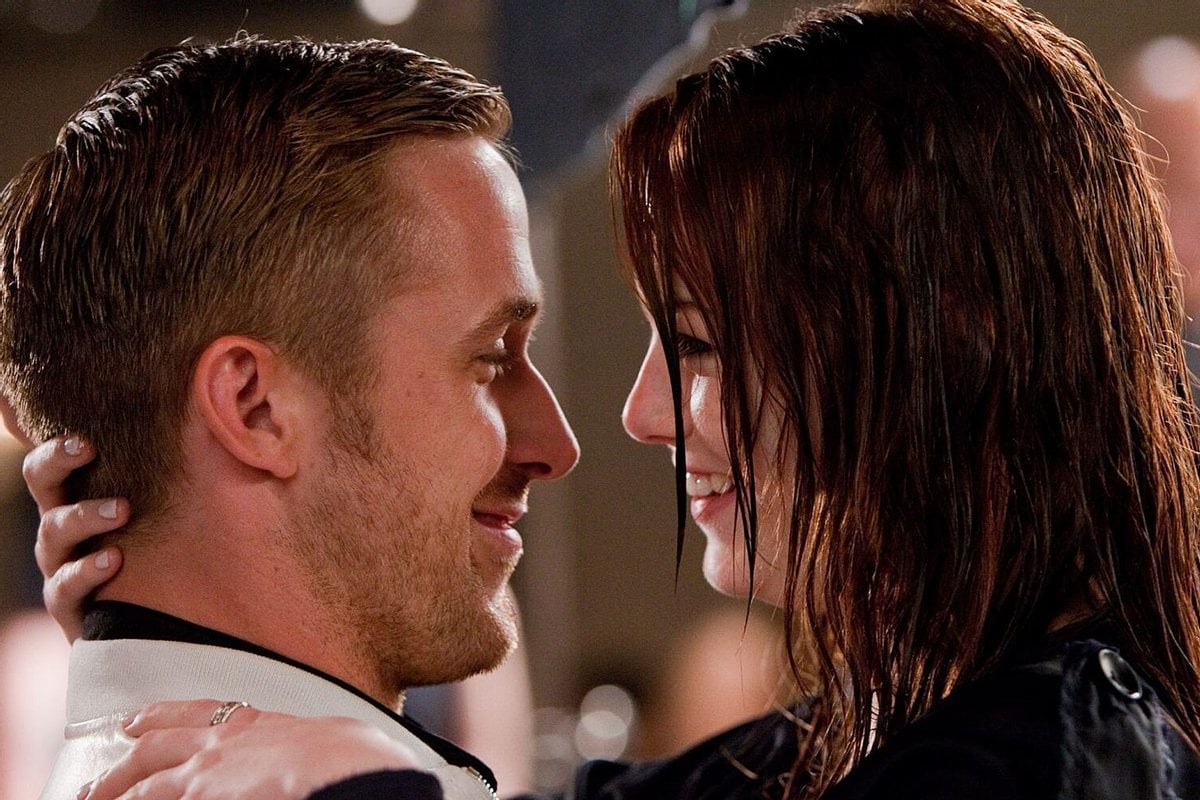 Some of the most iconic scenes in our favourite films were entirely by accident.

Whether the actor thought of the famous line on the spot or improvised their way through the performance, many of the most memorable movie characters are now known for these unscripted, accidental moments.

From the famous crawl scene in Dirty Dancing through to Robin Williams' pie face in Mrs. Doubtfire, here are eight iconic scenes that were never written in the script.

The crawl scene in Dirty Dancing. 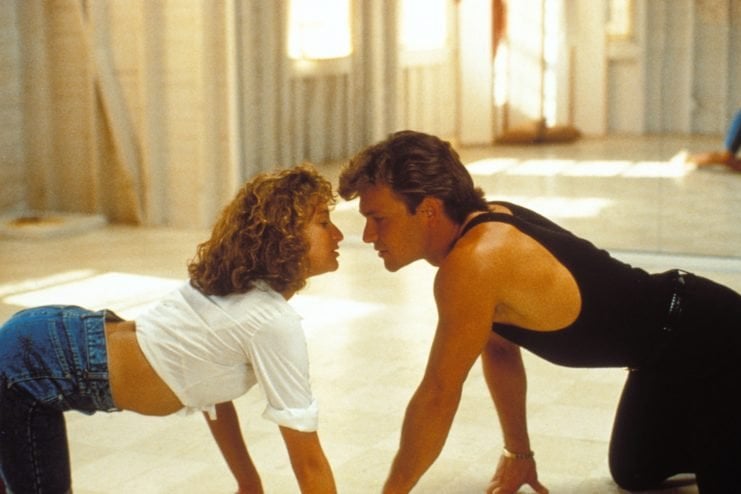 Did you know the now-iconic scene in Dirty Dancing where Johnny and Baby are crawling towards each other was never actually in the script?

Patrick Swayze and Jennifer Grey were actually just warming up before filming, but the director Emile Ardolino loved it so much he added it to the film. 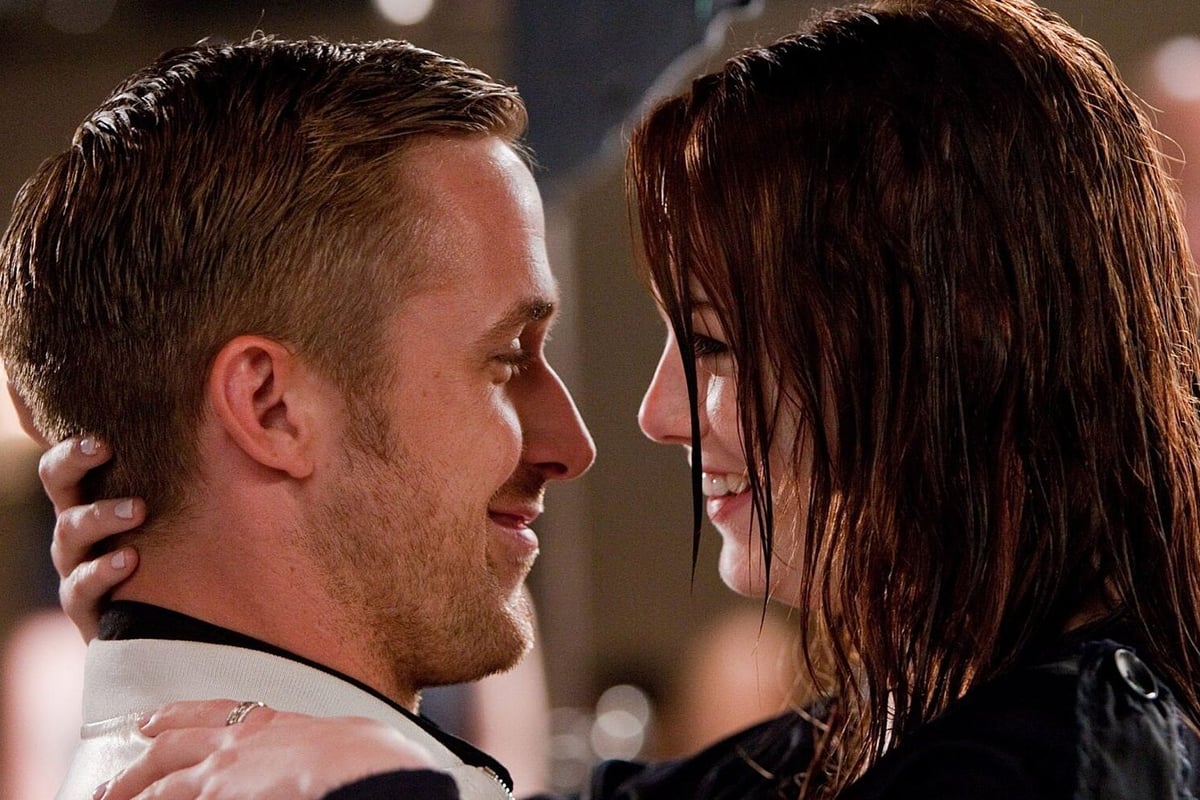 Off the back of that, the famous scene where Ryan Gosling lifts Emma Stone into the air (Dirty Dancing style) wasn't in the script either.

According to a 2019 interview with Entertainment Weekly, co-director John Requa said that the Gosling told them about a time that he'd used the move on a girl in real life.

"Me and Glenn (the other director) turned to each other and said, 'Ok, that's going in the movie!" He's like, 'No you can't put that in the movie.' We put it in, much to his chagrin," Requa said.

The fake orgasm scene in When Harry Met Sally. 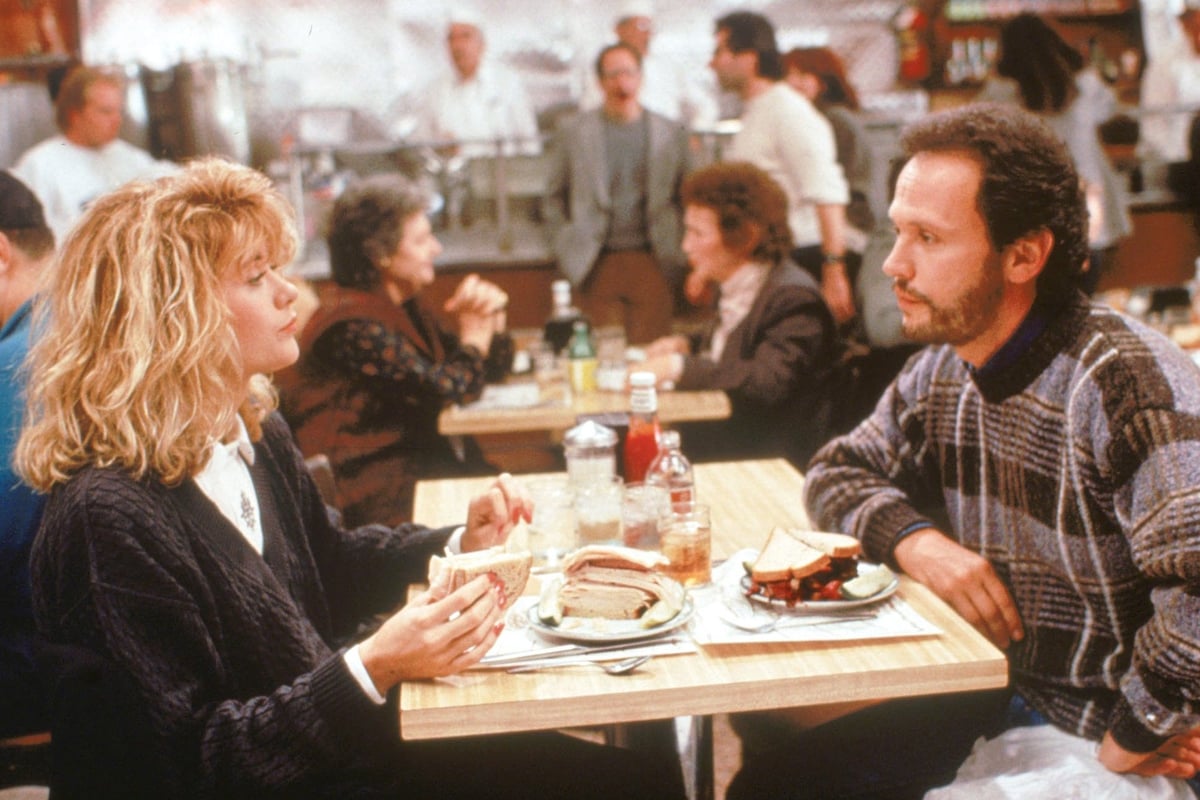 One of the most beloved rom-coms of all time, When Harry Met Sally, is filled with memorable moments, but perhaps the most iconic is the fake orgasm scene that took place at Katz's Deli.

Turns out that scene was entirely improvised.

After director Rob Reiner wrote a sequence about faking orgasms, Meg Ryan suggested she should act out it out in a delicatessen. Then Billy Crystal came up with the famous line: "I'll have what she's having." And the rest is history!

The bleachers scene in The Princess Diaries.

Anne Hathaway played quirky and slightly geeky Mia Thermopolis in the coming-of-age comedy The Princess Dairies. Because of her awkward personality, it will surprise fans of the films to know that during the bleachers scene, where Hathaway slips and falls, it was entirely an accident.

Director Gary Marshall thought it was so funny and authentic, he kept it in the film.

"He kept it because it was a charming moment," Anne Hathaway later recalled.

The pie scene in Mrs. Doubtfire. 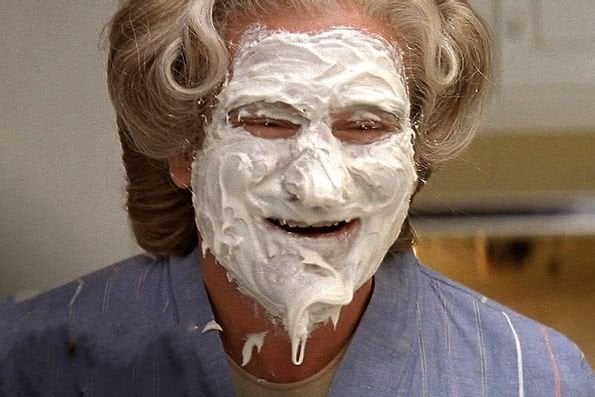 During the scene where Robin Williams covered his face with pie because he couldn't find his mask, some of it drips into the mug of tea.

According to IMDb, the reason it kept dripping was because the set lights were so hot, the pie kept melting off Williams' face. He improvised and turn it into a hilarious scene.

"There you go, you’ve got your cream and your sugar now," he said. 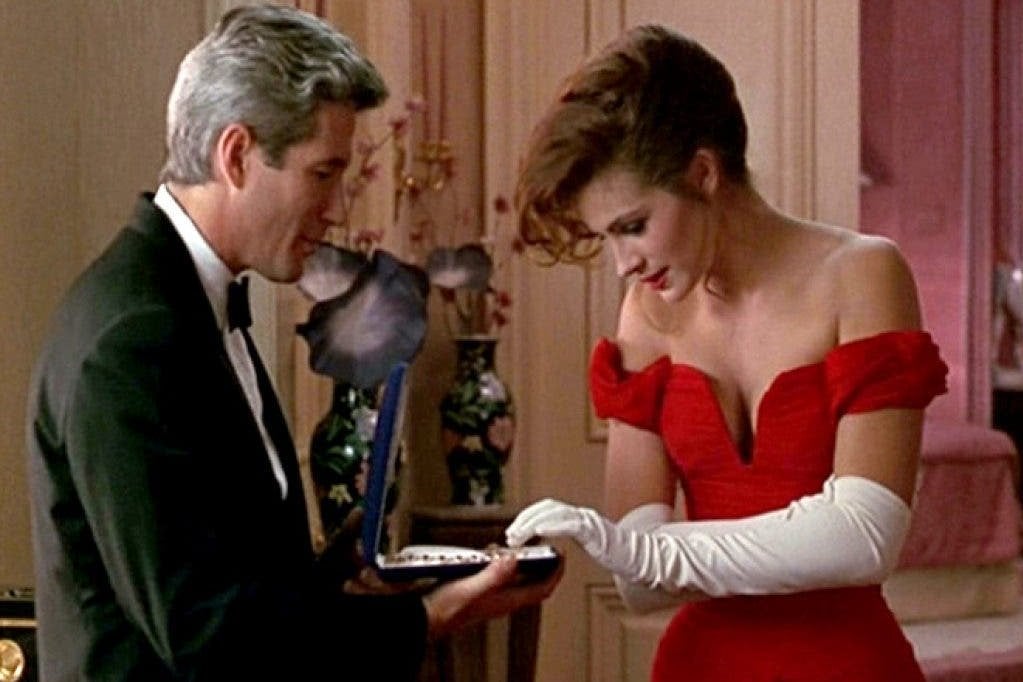 There's one famous scene in Pretty Woman where Richard Gere snaps a jewellery box shut as soon as Julia Roberts reaches for the necklace inside. It wasn't in the script.

The moment was actually a prank Gere pulled on Roberts, but director Garry Marshall kept it in the film because of how genuine Roberts' laugh was. 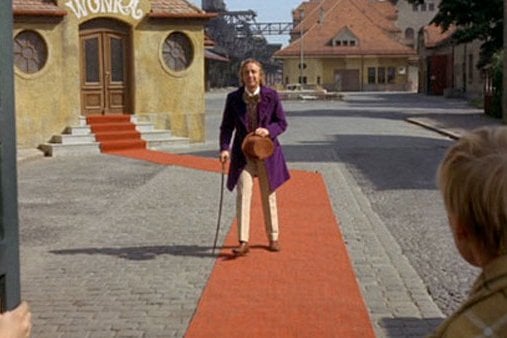 According to Letters of Note, which obtained a letter from Gene Wilder to the director Mel Stuart, Wilder would only accept the role of Willy Wonka if the character could make a grand entrance.

During the first scene where the audience is introduced to Willy Wonka, he walks towards the crowd with a limp, only to drop the cane and do a somersault.

That was entirely choreographed by Wilder, because as he told Stuart, "From that time on, no one will know if I'm lying or telling the truth." 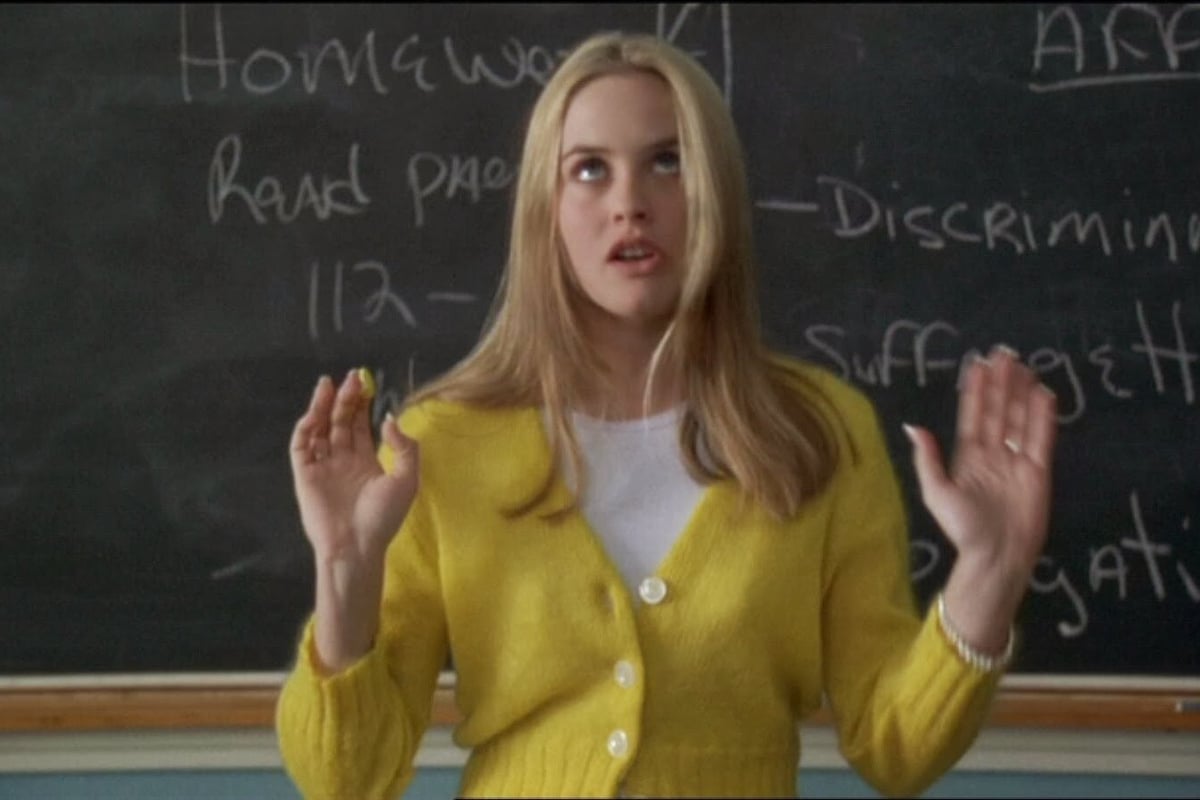 During a classroom scene in Clueless, Alicia Silverstone (playing Cher) partakes in a debate and mispronounces "Haitians" as "Hat-ee-ins." When producers ran to Silverstone to tell her the correct pronunciation, director Amy Heckerling stepped in.

"It wasn't written that way in the script, but that's how [Silverstone] said it," Heckerling told Vice in 2016.

"Everybody started to run towards her to correct her and I had to kind of block them all, like 'Step away from the actress!' I didn't want her to act; I just wanted her to feel that confidence."