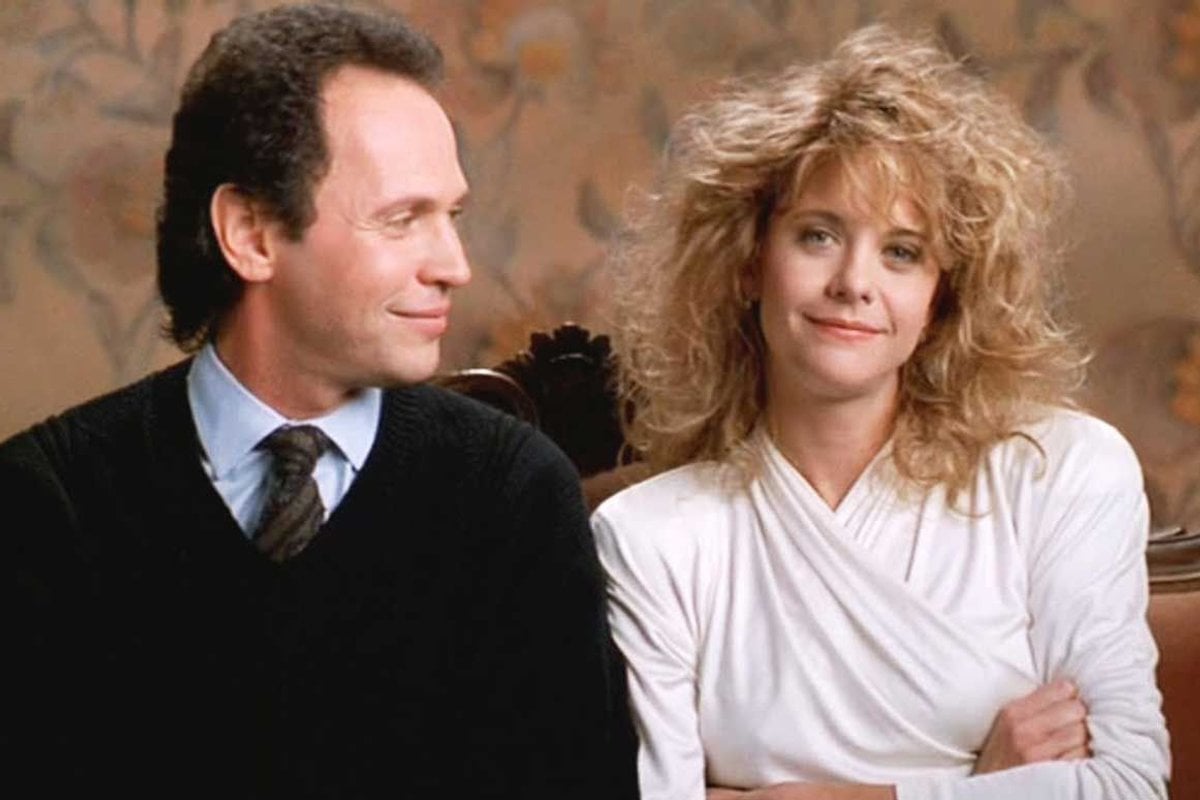 When Harry Met Sally is one of those cult classic movies that feels almost like a warm hug.

Over three decades on from the film's release, it's a romantic comedy that we come back to time and time again. And it's not hard to see why.

The 1989 film, which was written by Nora Ephron and directed by Rob Reiner, chronicled the relationship between Harry Burns (Billy Crystal) and Sally Albright (Meg Ryan) as they pondered the age-old question: "Can men and women ever just be friends?"

Want a nostalgia hit? Watch the trailer for When Harry Met Sally below. Post continues after video.

It was a film that brought us the concept of "high-maintenance", as well as that iconic fake orgasm scene. And no matter how many times we watch it, it just never gets old.

As we reminisce all things When Harry Met Sally, here are nine things you didn't know about the iconic movie.

Although we can’t imagine anything better than Harry’s speech declaring his love for longtime friend Sally on New Year’s Eve, Rob Reiner’s original plot didn’t involve the pair getting together in the end.

"In the original ending, they drifted apart and then ran into each other one day on the street years later and chatted about where their lives went, they walked away, and the camera pulled up. It would not have been as satisfying, I think," director Rob Reiner told the Daily Beast.

The original ending didn't involve Harry and Sally getting together as director Reiner had just gotten divorced from filmmaker Penny Marshall.

"I was single for 10 years and making a mess of my personal life, in and out of relationships and not being able to make anything work," Reiner told PeopleTV's Lola Ogunnaike.

But after Reiner met Michele Singer, a photographer and his future wife, he changed the ending.

"So that's how we decided to end the movie," Reiner said. "They do get back together." 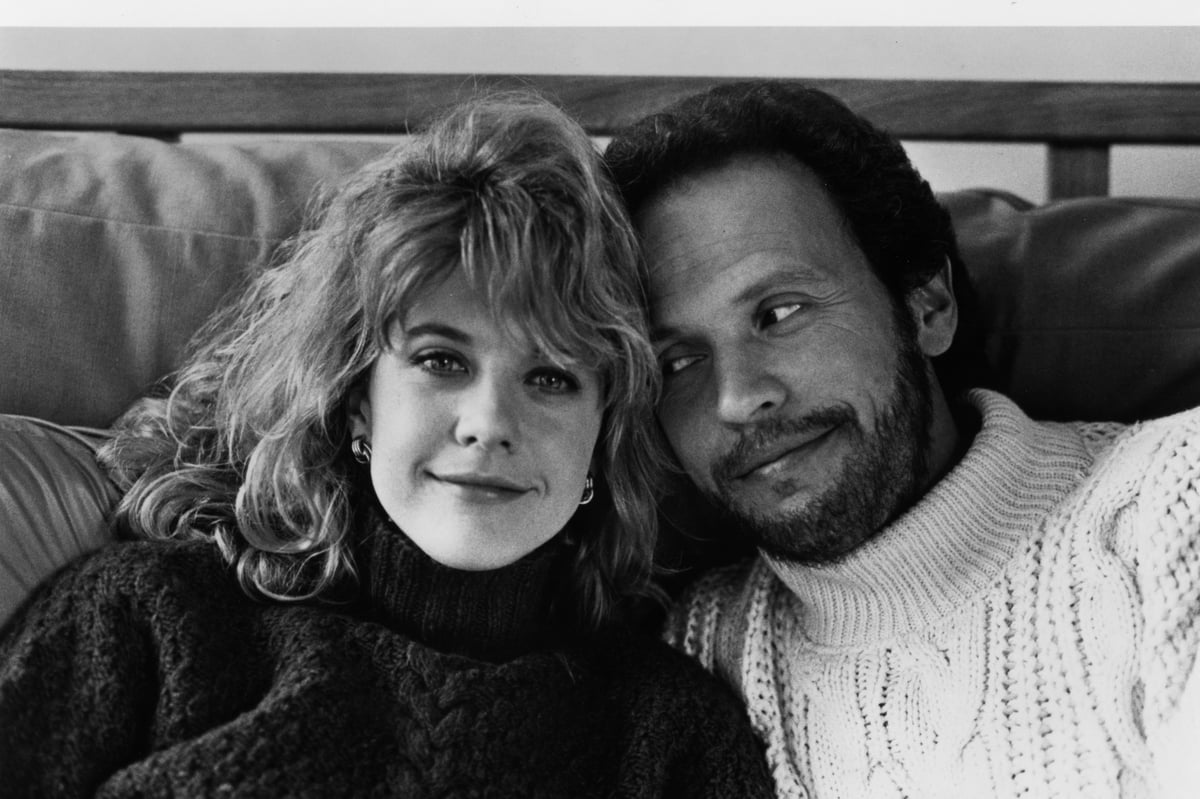 Meg Ryan and Billy Crystal in a promotional photo for When Harry Met Sally. Image: Getty.

The main characters are loosely based on the film's creators.

While creating the movie, director Rob Reiner, screenwriter Nora Ephron, and producer Andy Scheinman drew from their own life experiences.

The main characters in When Harry Met Sally were also loosely based on the film's creators.

In fact, Sally's famous line – "I just like it the way I like it" – was previously used by Ephron herself.

We all remember it.

"I’ll have what she’s having."

It was the most iconic scene in When Harry Met Sally. And it turns out it was all Meg Ryan's idea. 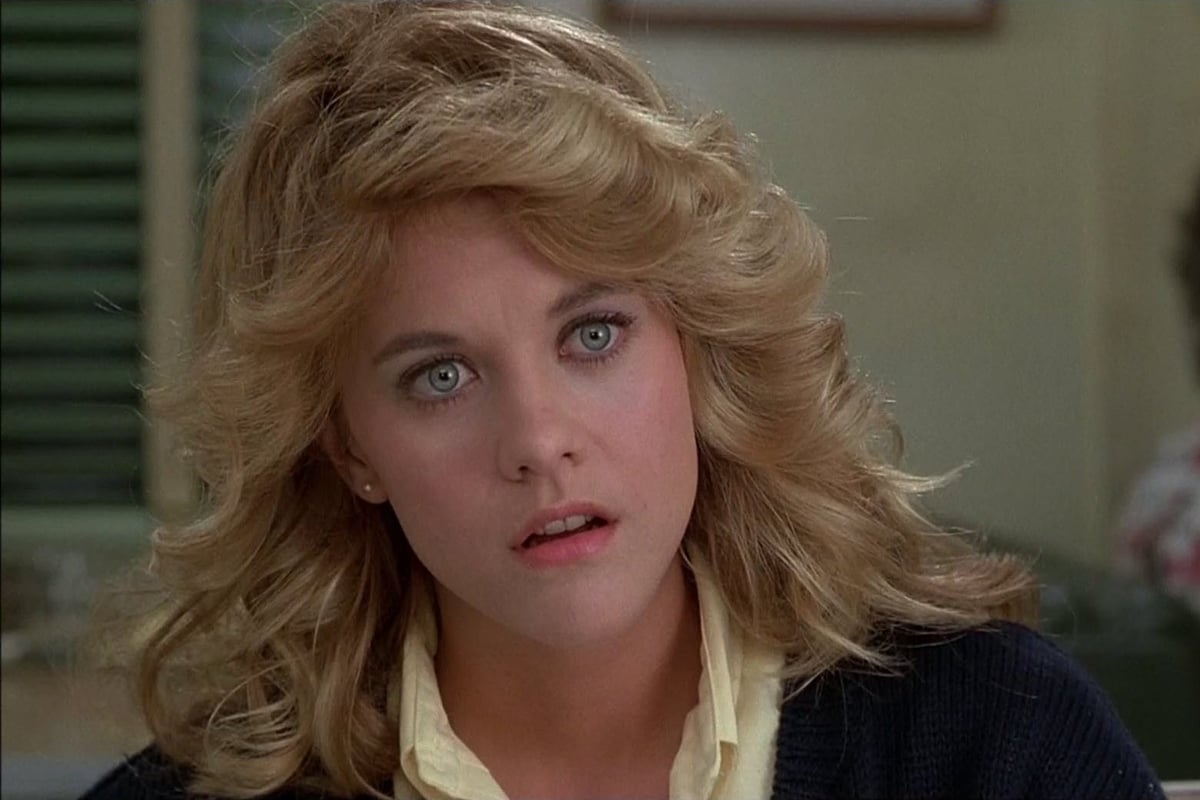 In the original script for the film, Sally was supposed to just explain to Harry that women fake orgasms.

However, Ryan felt that Sally would be more likely to act out a fake orgasm.

"Sally is a behaviourally funny character. So it was logical that she’d do it," the actress told People.

As for filming the scene, Sally's fake orgasm was actually filmed in a real restaurant.

The scene took place at Katz's Deli in New York City. And yes, you can still sit at Harry and Sally's table to this day.

The movie's most famous line was delivered by the director's mother.

Speaking of the film's most iconic scene, it turns out the movie's most famous line was delivered by Rob Reiner's mother.

After Sally faked an orgasm in front of Harry, an elderly woman leaned over and told the waitress: "I'll have what she's having."

Yep, you guessed it, that woman was Rob Reiner's mother. It was reportedly actor Billy Crystal's idea to cast Estelle Reiner for the small role.

When Reiner initially proposed the idea to his mother, she reportedly said: "I don't care as long as I can spend the day with my son."

The movie almost had a different name.

Initially, Nora Ephron's title for the film was How They Met.

Other title iterations included Boy Meets Girl, Words of Love, Just Friends, Harry, This Is Sally, Blue Moon, and It Had To Be You.

But in the end, Reiner settled on When Harry Met Sally. 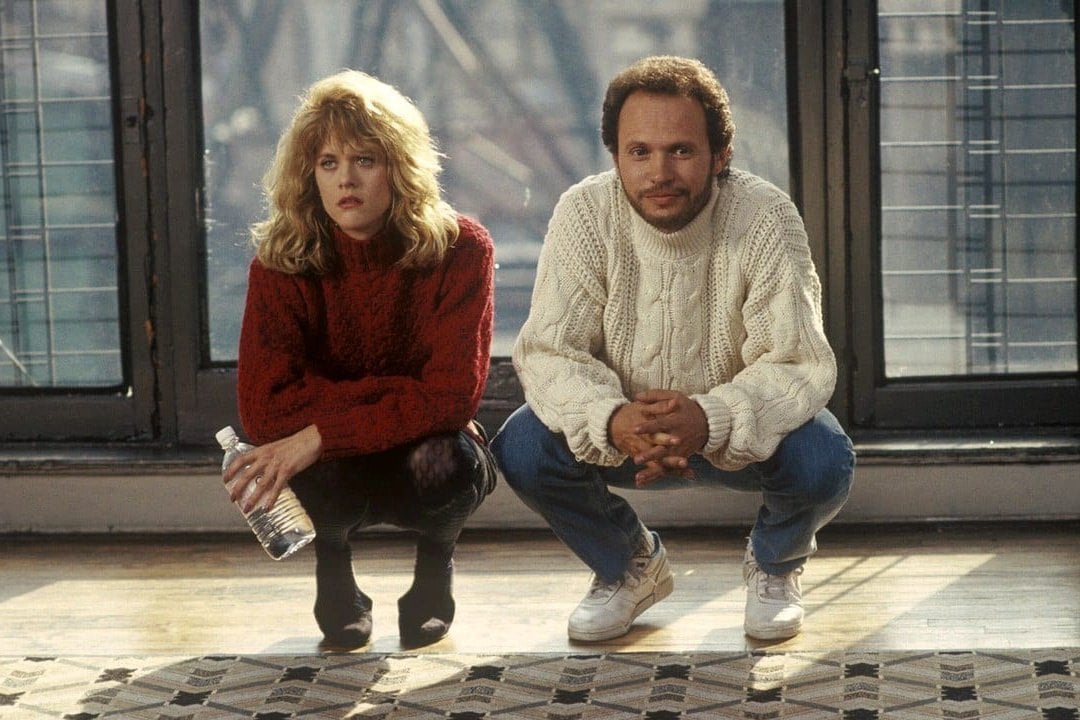 The director initially wanted to cast Molly Ringwald in the lead role, however she declined the part due to scheduling conflicts. He was also interested in casting Elizabeth Perkins or Susan Dey.

But after Reiner met Meg Ryan, he knew that she was perfect for the role.

"It was like in a 40s movie when someone says, 'And then she walked in!'" Billy Crystal, who played Harry, said.

"It was instant chemistry," Reiner added.

As for the role of Harry, Tom Hanks, Michael Keaton and Albert Brooks were supposedly considered.

Princess Diana was a huge fan.

Although Reiner was nervous about how Diana would react to the film, she loved it.

According to the director, Diana told him during the screening: "I would be laughing a lot more, but I know that everybody's watching me."

She later reportedly hosted her own private viewing party of the film at Buckingham Palace. 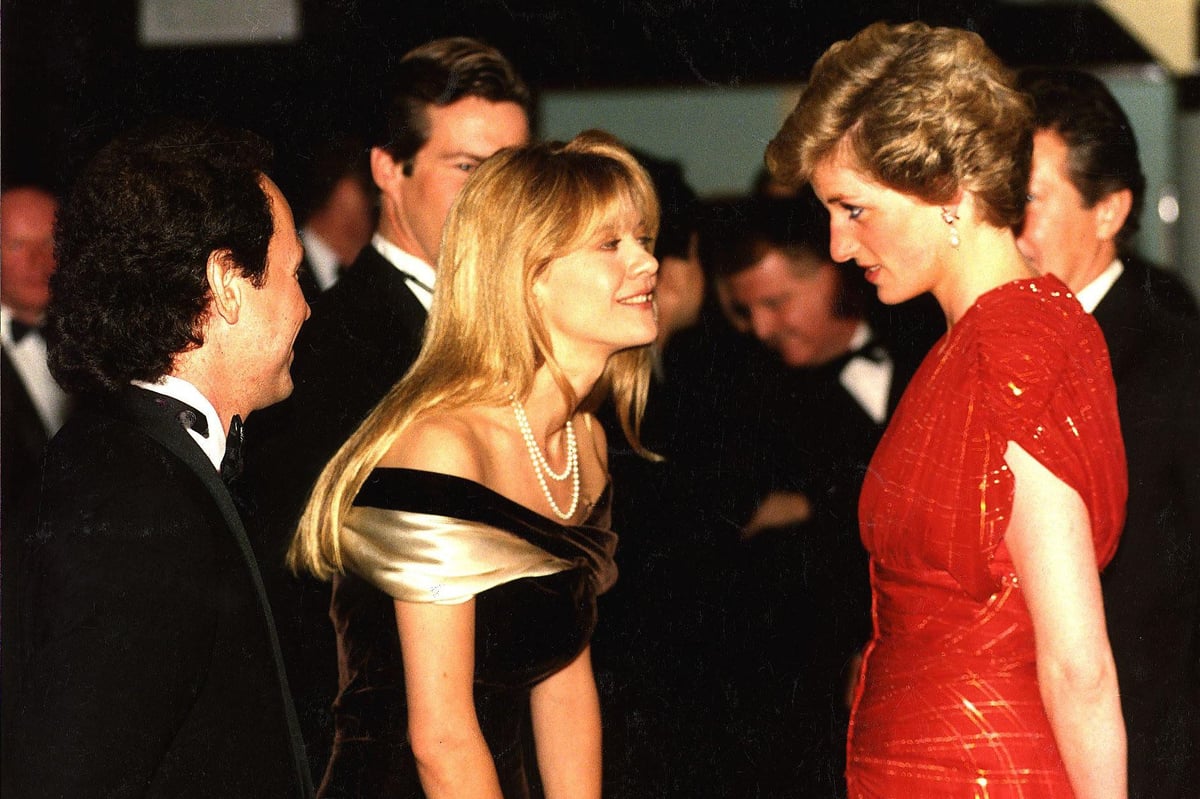 Remember those sweet interviews throughout the movie?

Well, they were based on real people's lives.

Although the scenes were acted out by professional actors, Ephron based the love stories on people from the film's own production company.

Although When Harry Met Sally is now regarded as a cult rom-com classic, it wasn't loved by many critics.

When the film first premiered, The New York Times called it "amazingly hollow".

Similarly, Variety reported: "The plot mechanics began to unwind, and the film begins to feel shapeless."

When Harry Met Sally is available to watch on Stan.

Reply
Upvote
I love this movie, one of my all time favourites.
dee 18 days ago