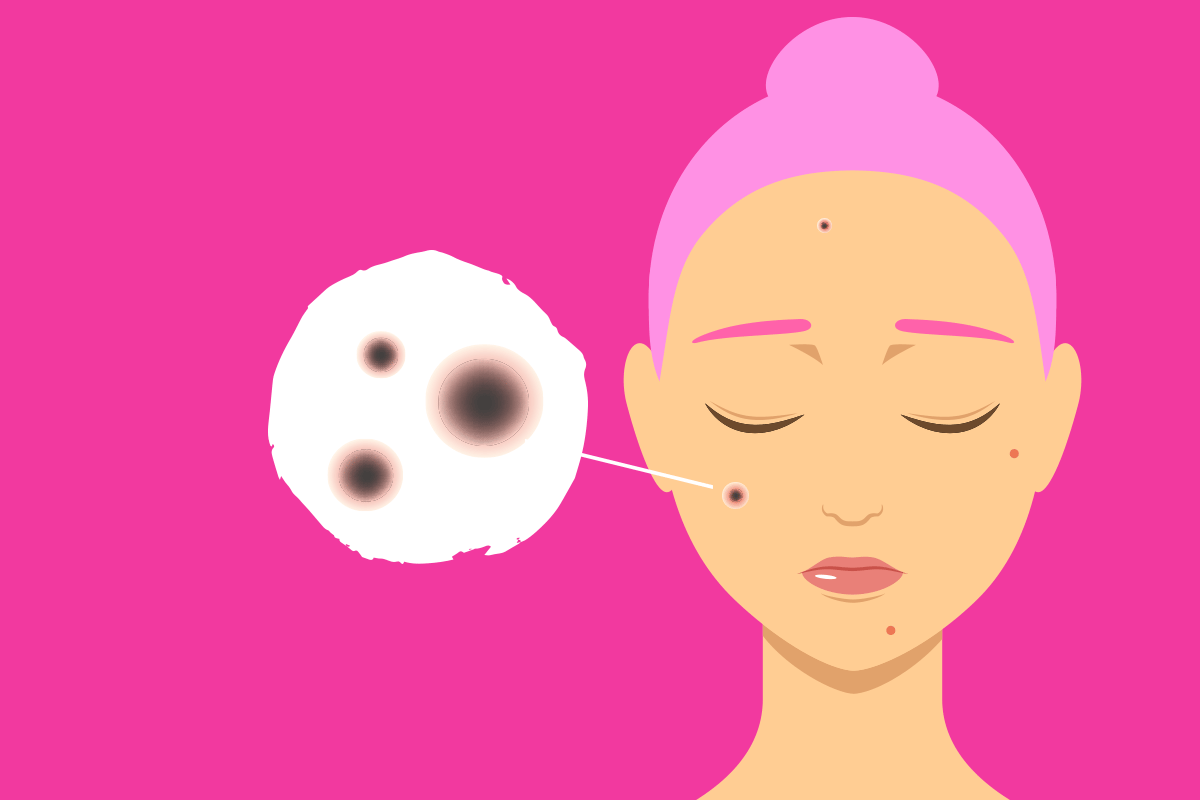 Did you know there are six different types of pimples your body can bless you with?

Each type of pimple is capable of unleashing its own specific brand of hell on your face and body. Or both.

From red angry cystic pimples and blackheads on your nose that look like specs of dirt, to painful blind pimples hiding under your skin and juicy pustules that look they might pop at any moment, here’s what you need to know about the six types of pimples.

Specialist Dermatologist and Fellow of the Australasian College of Dermatologists Dr Deshan Sebaratnam told Mamamia pimples are the result of blockages in your skin’s pores.

“Acne vulgaris is the scientific name for pimples. Almost everyone experiences some form of acne in their life, up to 90 per cent according to some studies. It commences with the hormonal changes of adolescence and can persist into the third decade, or sometimes longer,” he said.

Pimples can also appear almost anywhere on your body – think forehead pimples, nose pimples, pimples on chin, pimples on jawline or around the mouth, as well as pimples on your bum, back, the backs of your thighs and chest.

Stay with us on this, but pimples are basically onions. That’s because A) there are many different types of pimples (all equally annoying) and B) at the root, pimples all start the same way.

There are two things to remember about all pimples: They start with a blocked pore (a comedome) and can be either inflammatory (angry and swollen) or noninflammatory.

Dr Sebaratnam broke down the different types of pimples for us, including what they look like and how they feel.

Why Blue Tansy Oil Is Worth Obsessing Over

You can read more detailed information about blackheads and how to get rid of blackheads in our full article here.

As if the above wasn't enough, there are also different types of acne scars.

"Acne can also form significant scarring which becomes a lifelong problem. There are different types of scarring including ice pick scars (small indentations), atrophic scars (scooped out divets) and a range of post-inflammatory colour changes to areas of skin including redness, darkening or lightening of the skin," Dr Sebaratnam added.

How to get rid of pimples

Once you've identified what type (or types) of pimples you have, you can seek out the best treatment for how to get rid of them.

This could include: over the counter topical treatments, acne medication, hormonal medication, extractions and seeing a dermatologist or skin specialist.

You can read more specific information on how to get rid of pimples in our full story here.