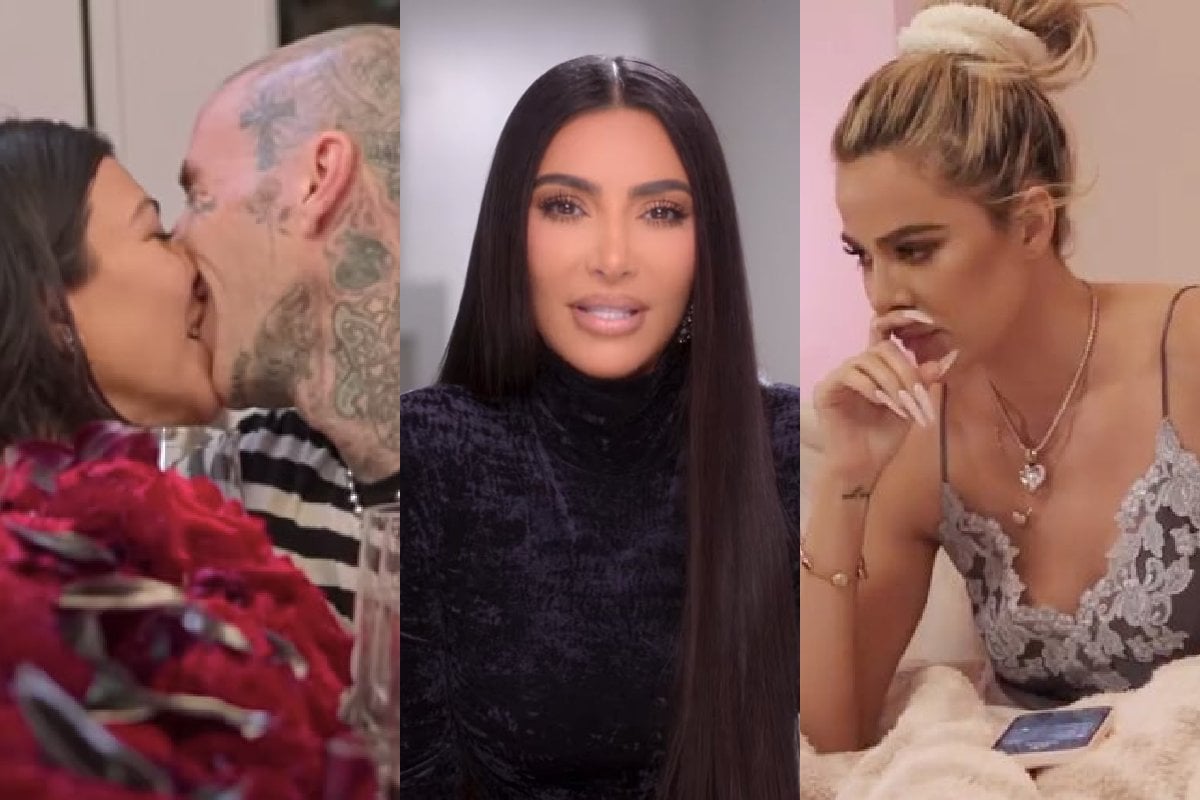 It's been surprisingly easy to keep up with the Kardashians recently.

Despite the family being off air for almost a year, following the end of their long-running E! series, the Kardashian-Jenners have not exactly disappeared from the public consciousness.

Perhaps the opposite has happened. There has still been multiple 'Tristan Thompson cheats on Khloe again' scandals. Kylie had another baby. Kendall is... still modelling. Kourtney's really embraced PDA with Travis Barker. Kim - well, on one hand, she's enjoying a new relationship with Pete Davidson, and on the other she's dealing with the constant, public outbursts of her ex-husband, Kanye West.

As it turns out, we don't actually need a reality show to keep up with the world's most public family.

But hey, it doesn't hurt.

An extended trailer for their new series The Kardashians, which will air on Disney+ in Australia, has been released, giving further insight into what the updated show will look like (and it... looks exactly the same as KUWTK, FYI).

Of course, this means a look into the family's lives, work and... drama. Duh.

Here are the biggest revelations from the trailer:

Kanye told Kim her career was 'over'. 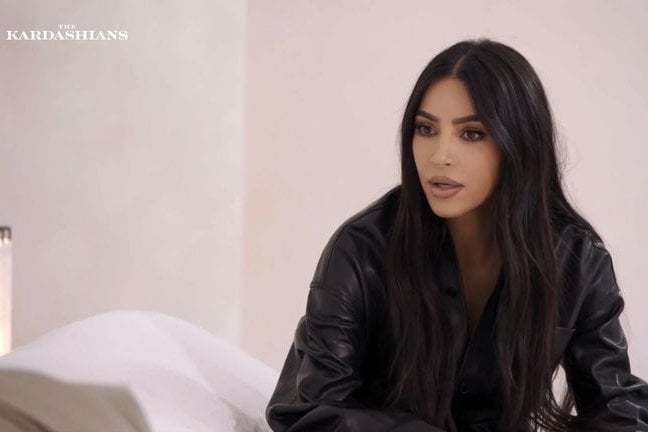 Unsurprisingly, some of the Kim and Kanye drama will make its way into the show. In a brief clip from the trailer, Kim speaks about her ex-husband in conversation with Kourtney.

"It is really hard with Kanye," Kim tells Kourt. "He told me that my career is over."

Considering all the years of collaboration and supporting each other's creative and business ventures, it will be interesting to hear exactly what Ye was supposedly referring to.

Kourtney and Travis Barker are trying to have a baby. 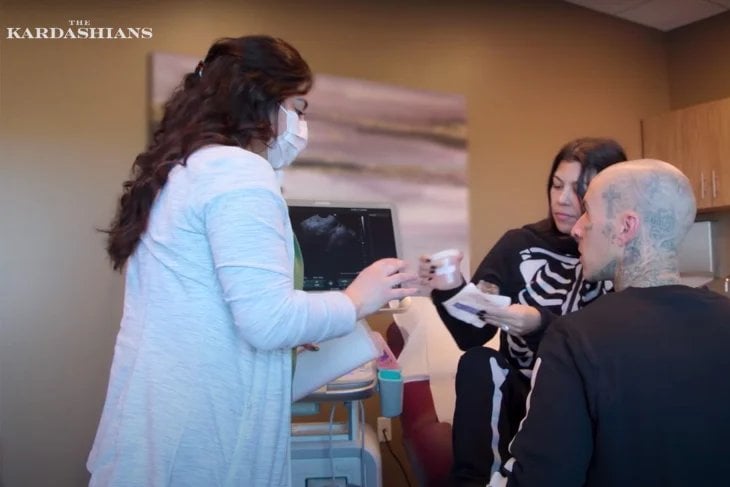 Kourtney famously gave birth to her eldest child, Mason, in a 2009 episode of Keeping Up With The Kardashians.

Here, she discusses the possibility of more children with Travis Barker, who she has been dating since December 2020.

"Travis and I want to have a baby," Kourtney says in the trailer, which shows the couple at the doctor's office to give a 'sample'.

Oh, and their proposal is also set to be in the series.

In a clip, Kris says "this is a relationship that I don't think anybody saw coming." She's not wrong!

In another moment, Kim smirks at her phone as she receives a text, which is implied to be from her new SNL comedian boyfriend.

Kim has already shared that she spills on the couple's origin story during the series, and thank goodness. That's why we're all here, right? 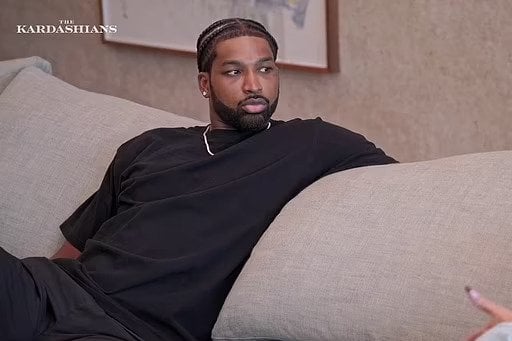 In the trailer, Tristan is actually... there. On camera. After the (many) cheating scandals painted him as enemy #1 for Kardashian fans, it truly is a wonder that he agreed to be on camera again.

He appears in a discussion with Khloe, who describes their relationship as "complicated".

"Trust takes time," she tells him and I just... KHLOE. YOU'VE GIVEN HIM TOO MUCH TIME ALREADY. 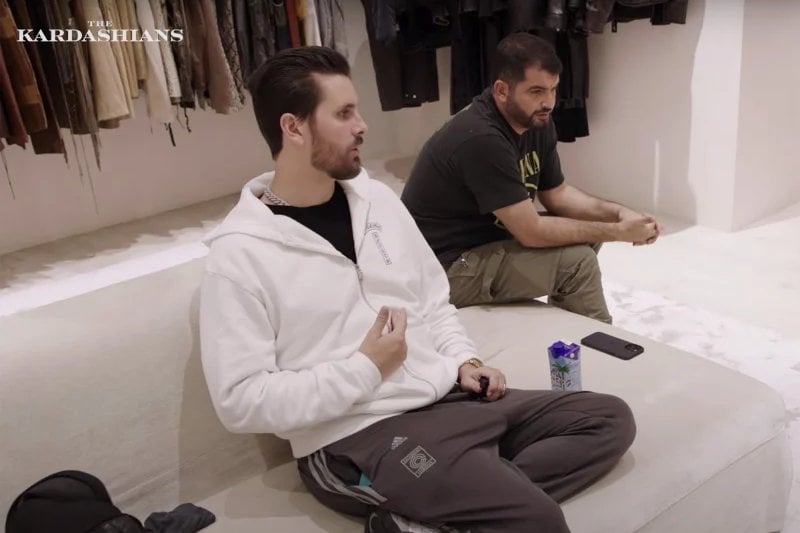 Kourtney's ex Scott Disick will also appear in the series.

In the trailer, he is shown hanging out with Kim in her (giant) wardrobe.

"They're gonna like you for who you are, not what you wear," he tells her. "I'm just kidding, obviously."

Kylie grapples with her second pregnancy being public.

Kylie kept her first pregnancy secret until after daughter Stormi was born, which was an impressive feat for such a public person.

She was much more open about her second pregnancy, with newborn son Wolf. It looks like the series will explore this, as Kylie briefly appears to say how much more "public" the journey was the second time around. 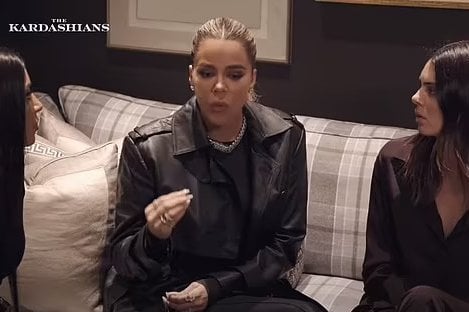 At one point, Khloe asks "why are we always making excuses for the people that traumatise us?" which is SURELY another Tristan reference, and the trailer flashes up shots of the other sisters crying too.

"Never go against the family."

Both Khloe and Kris repeat the phrase "never go against the family" in the trailer.

We have no idea the context, or who they are talking about but yes, it absolutely does sound a little... threatening.

The Kardashians premieres on Disney+ on April 14, with new episodes streaming every Thursday