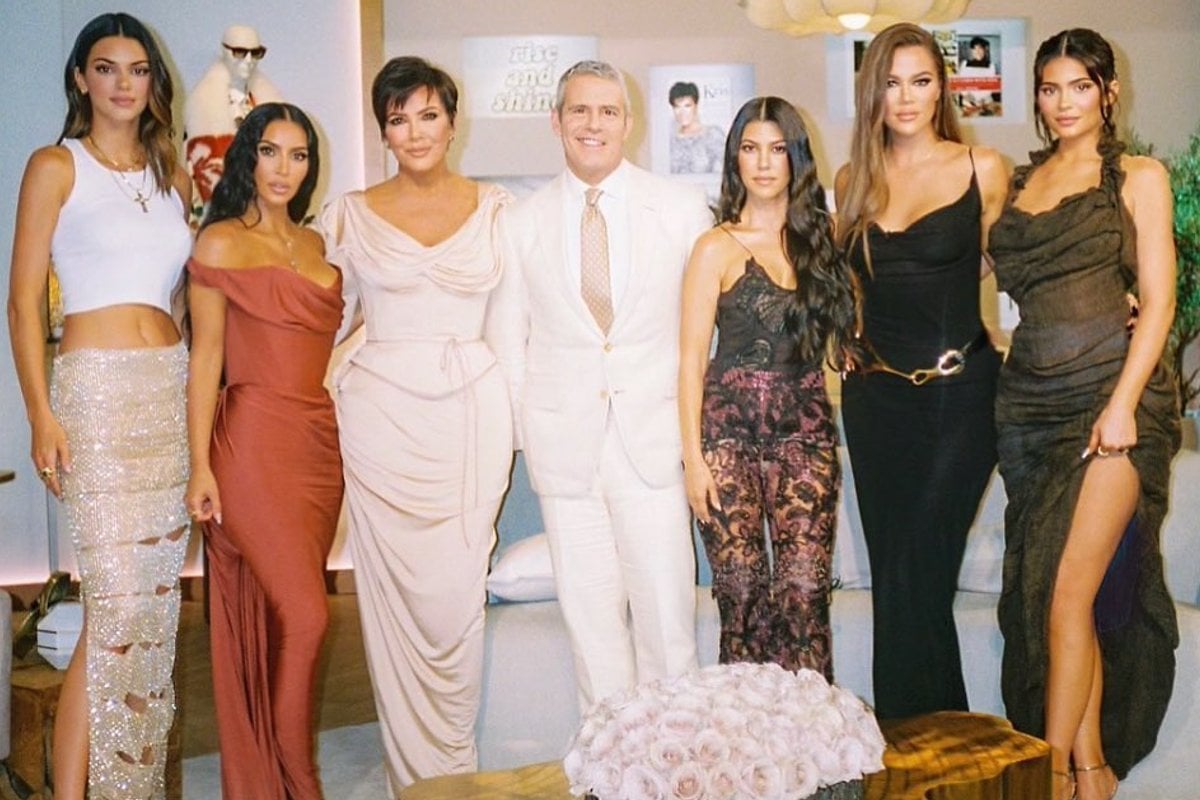 After almost 15 years of sharing their private lives on television, the Kardashians have closed that chapter (for now).

Earlier this month, the most famous family on the planet aired the final episode of their reality show, Keeping up with the Kardashians.

Watch the trailer for the final season here. Post continues below.

Before they go, Kris, Kim, Khloé, Kourtney, Kendall and Kylie sat down with television host Andy Cohen to discuss some of the biggest moments from their 20 seasons on TV.

From new details about Kim and Kanye's divorce to Khloé and Tristan's relationship status, here are 20 things we learned from the Keeping up with the Kardashians reunion special.

1. Kourtney was the most eager for the show to end.

Andy Cohen started the interview by asking which Kardashian or Jenner wanted to show to end the most. The answer was unanimous.

"I think we can all agree that Kourtney wanted it to end the most," Kim said.

Then Kourtney explained why.

"I just felt like it wasn't productive," she said. "Like the time it was taking to film and the turnaround, then six months later the episode would air.

"It also just felt like a slightly toxic environment at times. Like we weren't enjoying it," she added.

2. Kim reflected on her sex tape.

When Cohen asked Kim Kardashian whether Keeping up with the Kardashians would've had the success it did without the publicity surrounding her sex tape with her ex-boyfriend Ray J, she replied: "Probably not." 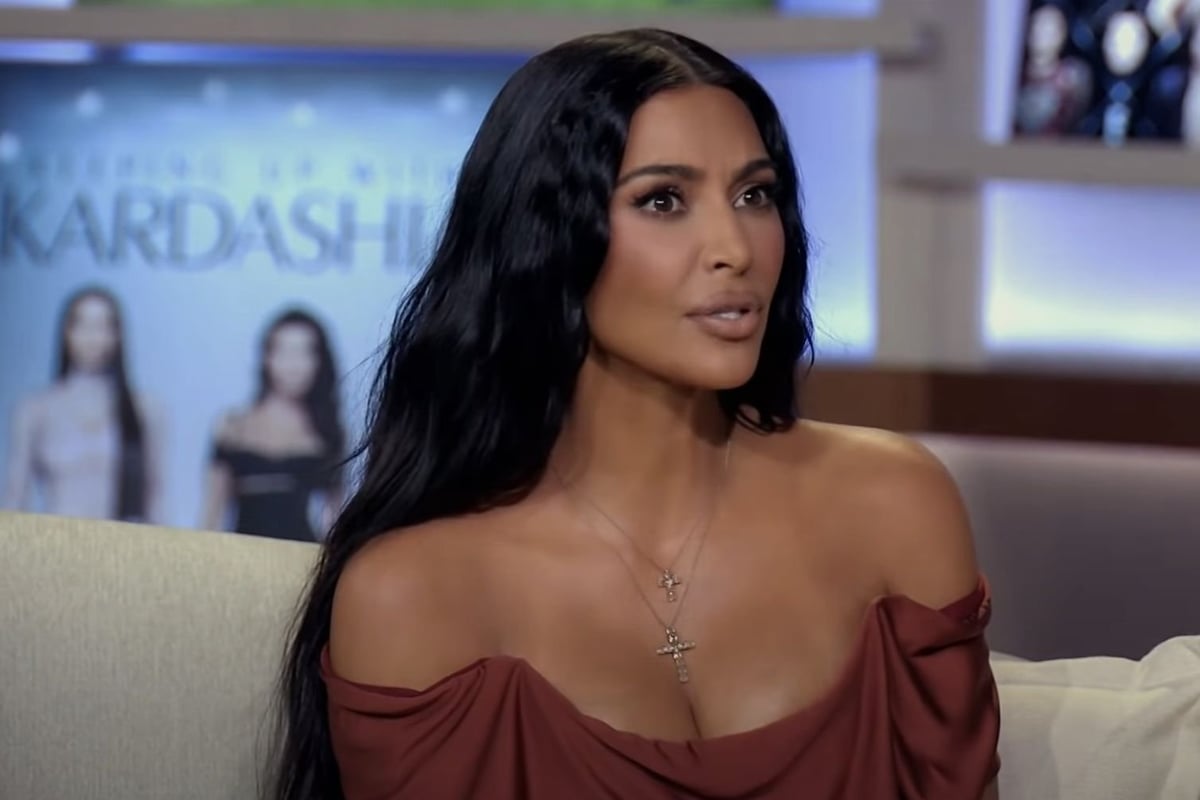 Cohen also asked whether she's told her kids about it.

"I haven't had to, as of yet," Kim said. "And luckily, so many years have gone on and so many things have happened positively that it really erases that."

3. Kourtney is the hardest child to manage.

Kris Jenner has been the manager of all five of her daughters since even before their reality TV show. When asked who was the easiest and most difficult to manage, she paused before answering.

"If I'm going to be honest, Kendall is the easiest [to manage]," Kris said, followed by hesitantly sharing who is the hardest: "Kourtney."

"I don't want to do things if it's not something I'm really into doing," she said. "So my answer is no to most things and if it's yes, I want to know all the details about what I'm being asked [to do]."

4. Kylie felt "un-kissable" as a teenager.

During the interview, Cohen asked Kylie Jenner whether her insecurities about her lips played a role in launching Kylie Cosmetics.

"For sure," she replied. "My love for makeup started with my insecurity with my lips."

When asked what her insecurity was, she explained: "I had really small lips, and I didn't ever think about it until I had one of my first kisses and a guy said, 'Oh my god, you're such a good kisser but you have such small lips' or something like that."

"Then I got an obsession with makeup because I'd overline my lips and it just made me feel confident," she added. 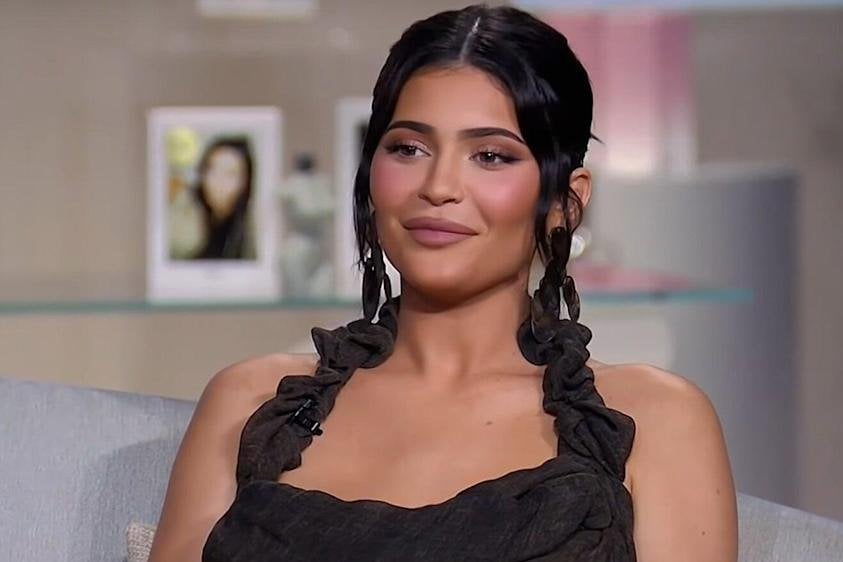 In earlier seasons of Keeping up with the Kardashians, Kylie's relationship with rapper Tyga was a part of the storyline. When asked how their relationship is today, she said they don't really speak.

"We're not friends but we're okay," she said. "If I see him out or run into him anywhere, I'll always wish him well. I don't have any bad feelings towards him."

And when asked why we don't see her now-on and off boyfriend Travis Scott on the show, she said: "I don't know."

"I guess just sometimes he didn't want to be filmed, and I never pressured him to be on the show."

6. Why Kylie kept her pregnancy a secret.

For almost the entire nine months of Kylie Jenner's pregnancy, she stayed inside her Calabasas home. She told Cohen why.

"I share so much of my life, I was also really young when I got pregnant and it was just a lot for me personally," Kylie said.

"I didn't know how I would bring that to the public too and have everyone's opinions. I think it was just something I needed to go through myself."

7. Kim's feelings about her marriage to Kris Humphries.

When asked about her 72-day marriage to Kris Humphries, almost everyone (except Kourtney) knew the relationship was destined to fail. Reflecting on the wedding and marriage, Kim said that her mum suggested she walk away the night before the big day.

"Go. I'm going to put you in a car. No one will find you. Just leave, and I'll handle it," Kim recalled Kris saying.

However, as the wedding was televised, Kim was concerned about what people would think if she did.

"I thought, okay. We're filming this for a TV show," she said. "If I leave, I'll be known as the runaway bride forever and it's going to be a huge joke." 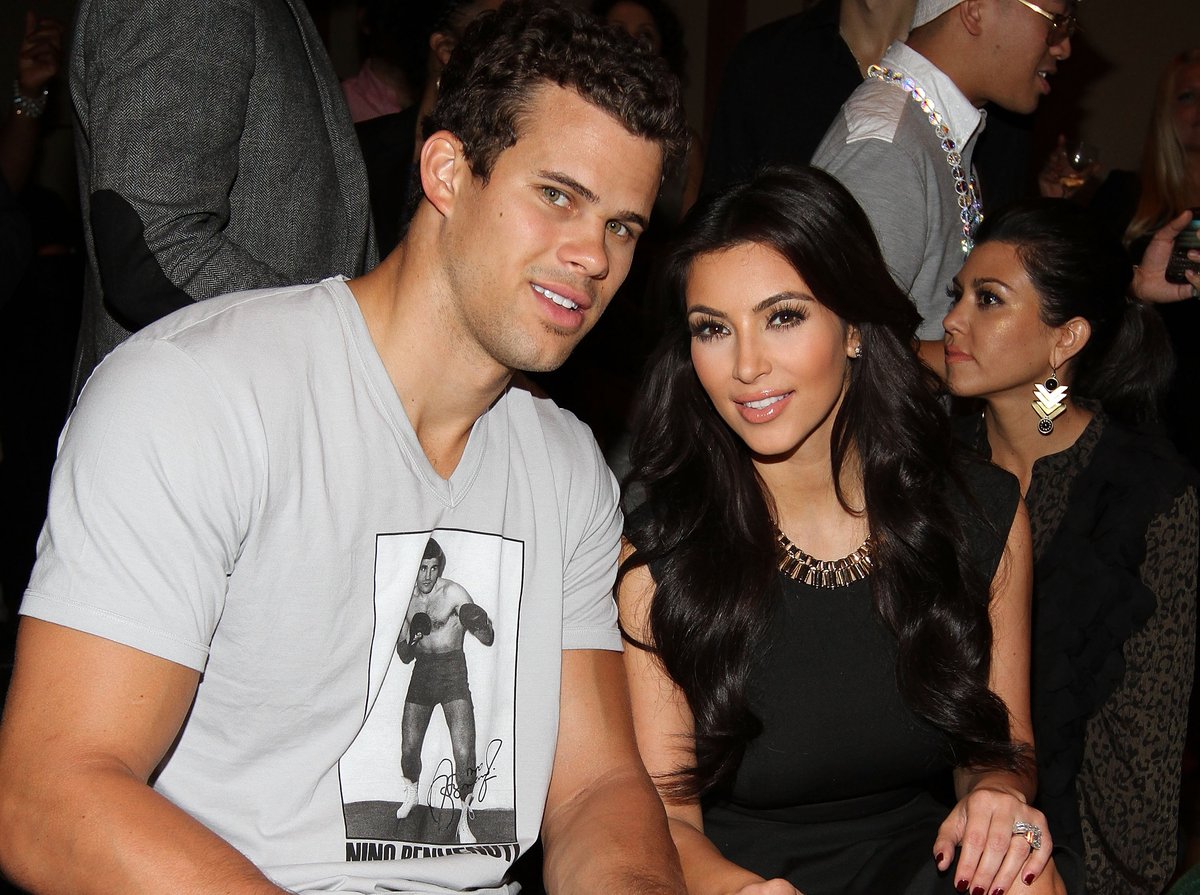 When Cohen asked her whether she went through with the wedding because of the TV show she admitted, "yes".

"I felt pressured," she said. "I felt like I was going to let everyone down."

Kim said it was during their honeymoon in Italy that she knew she'd "made the wrong decision" and once they arrived in New York (to film Kourtney and Kim Take New York) she was "miserable".

8. Kim admitted she handled the breakup the wrong way.

"I was so nervous to break up with someone," Kim Kardashian told Cohen.

"I totally handled it the wrong way. I fully broke up with him in the worst way, and I just didn't know to deal."

When the TV host asked her whether she owed Humphries an apology, Kim said "absolutely", adding that she'd tried calling for months but he never answered.

Kim also shared why she thinks he never did.

"He’s very faith-based and so I'm sure he would've loved to not have a marriage on his record," she said. "He wanted an annulment… he marked fraud to get an annulment… that legally had to be written down.

"If I was mature, I would’ve wanted the annulment, too. I wish I was only married once," she added.

9. Why her marriage to Kanye West ended.

After discussing her marriage to Kris Humphries, Cohen asked about her marriage and now-divorce to Kanye West. When questioned why their marriage ended, Kim was reluctant to say.

"I don't think I'd even say it here on TV, but it was not like one specific thing that happened on either part," she said.

"I think it was just a general difference of opinions on a few things that led to this decision."

"We have an amazing co-parenting relationship and I respect him so much," Kim said about her relationship with Kanye West. "You know, that was my friend first and foremost, for a long time, and I can't see that going away."

"I will forever be Kanye's biggest fan," she added.

Kim can also see herself dating a non-celebrity.

"Just someone who I think would understand what this life is about," she said.

11. What Kim does differently since the Paris robbery.

Kim Kardashian admitted she has a very different approach to valuable items after armed thieves broke in to her Paris hotel room in 2016, restrained her and stole US$5 million worth of jewellery. The incident left Kim fearing for her life.

"Just as far as jewellery, if I'm wearing something, it's borrowed or it's fake," she said.

"No expensive items ever come to my home, I have it all taken from security before I even enter my home. I can't sleep if I have jewellery in my safe."

"The things I valued before that happened were genuinely completely different than what I value now. It's fun to get dressed up and all this, but like, [material] things don't make me."

During part two of the reunion special, they brought in Scott Disick. And Cohen asked why he always dates younger women.

Disick explained: "Everybody gets this wrong. I don't go out looking for young girls, they happen to be attracted to me because I look young!" 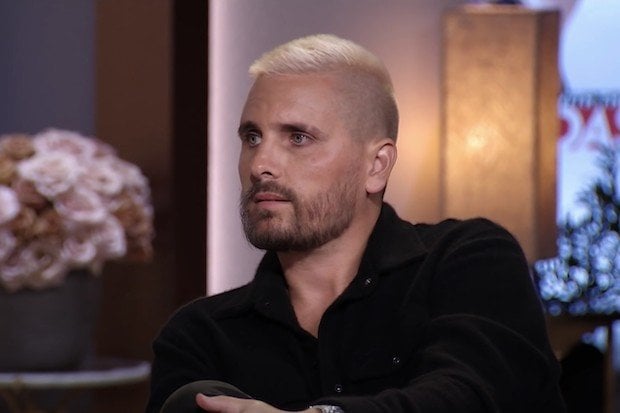 13. Scott believes he would've stayed with Kourtney if he was sober.

When asked whether Scott Disick believes he would still be with Kourtney Kardashian if he maintained sobriety, Disick replied: "Yes."

14. The Kardashians don't believe in the "curse".

For years, there have been rumours that men, after they date the Kardashian women, are cursed. Kendall Jenner thinks that narrative is all wrong.

"What I don't like about the narrative, is that the blame is on us. The men need to take that responsibility," she said.

"I think we're all extremely giving and caring and loving women, and when there is a man in our lives, we give everything to them.

"it's almost offensive [the Kardashian curse]," she added.

15. Kendall would be horse riding if she wasn't modelling.

Kendall Jenner also shared what she'd hope to be doing if she wasn't modelling.

"Honestly, I think I'd be in the Olympics," she said. "I'd be going to the Olympics for horseback riding." 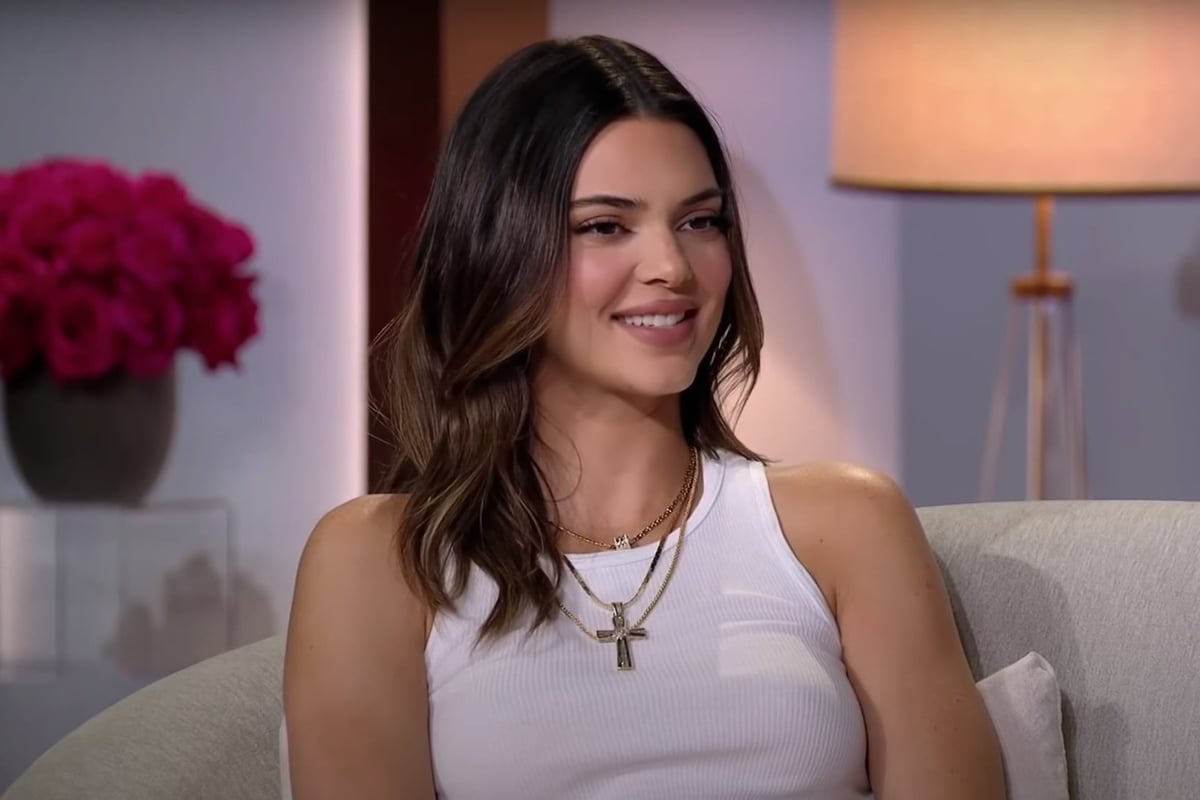 "He's my boyfriend," she said.

When asked why she keeps her relationship out of the public eye, she said: "It's always worked better for me that way.

"And no offence to my older sisters at all, but I think Kylie and I have had the opportunity to watch my older sisters go through marriages, relationships and breakups and do them pretty publicly."

"I think it was personal preference from a really young age," she added.

Khloé Kardashian admitted she's had much less plastic surgery than the public assume. 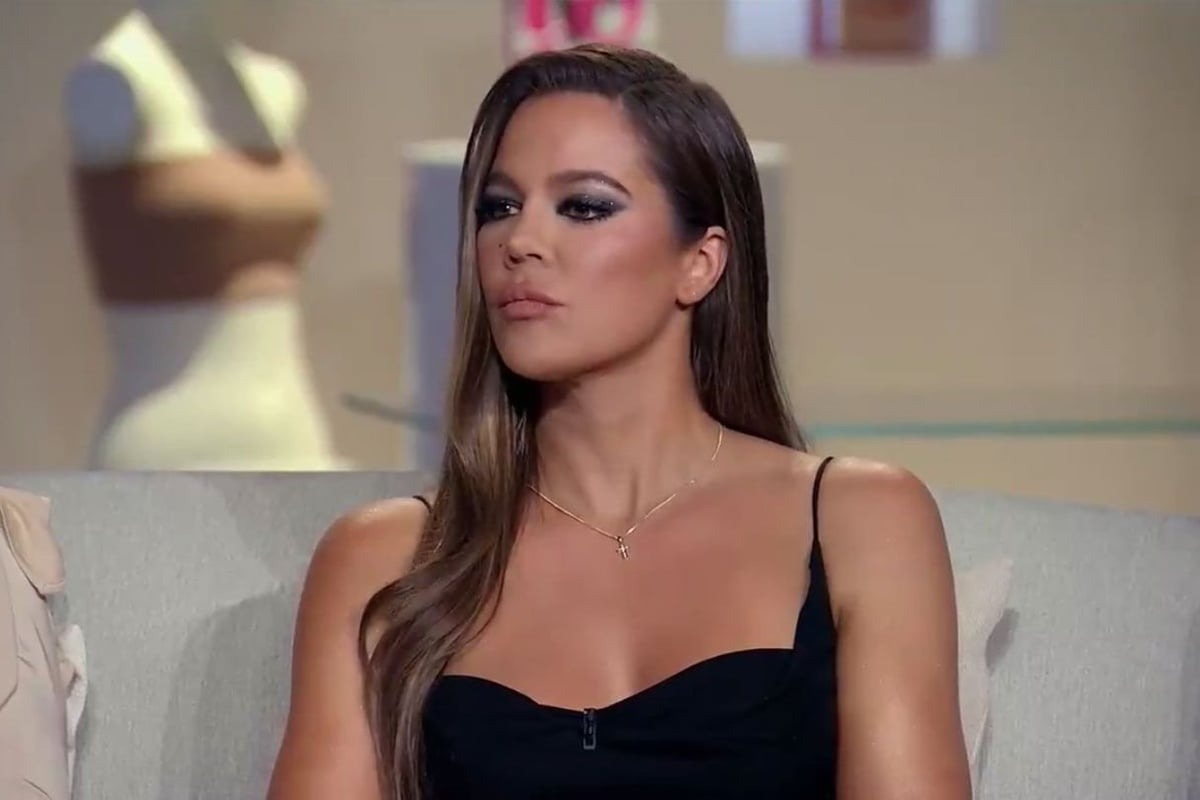 "Everyone gets so upset, like why don't I talk about it, but no one's ever asked me," she continued. "You're the first person in an interview that's asked me about my nose."

While they didn't share who, Cohen asked whether it was Khloe's best friend, Malika Haqq.

Kim responded: "Been there, done that."

"They've hooked up before," Khloe said, with Kim adding: "They were dating-ish."

In 2018, Tristan Thompson, Khloé's partner, was caught cheating, days before the birth of their daughter, True.

During the reunion special, Khloé admitted she didn't have inklings about it before it became public knowledge.

"You know, just finding out two days before going into labour... I didn't have enough time or energy to process what was happening," she said. 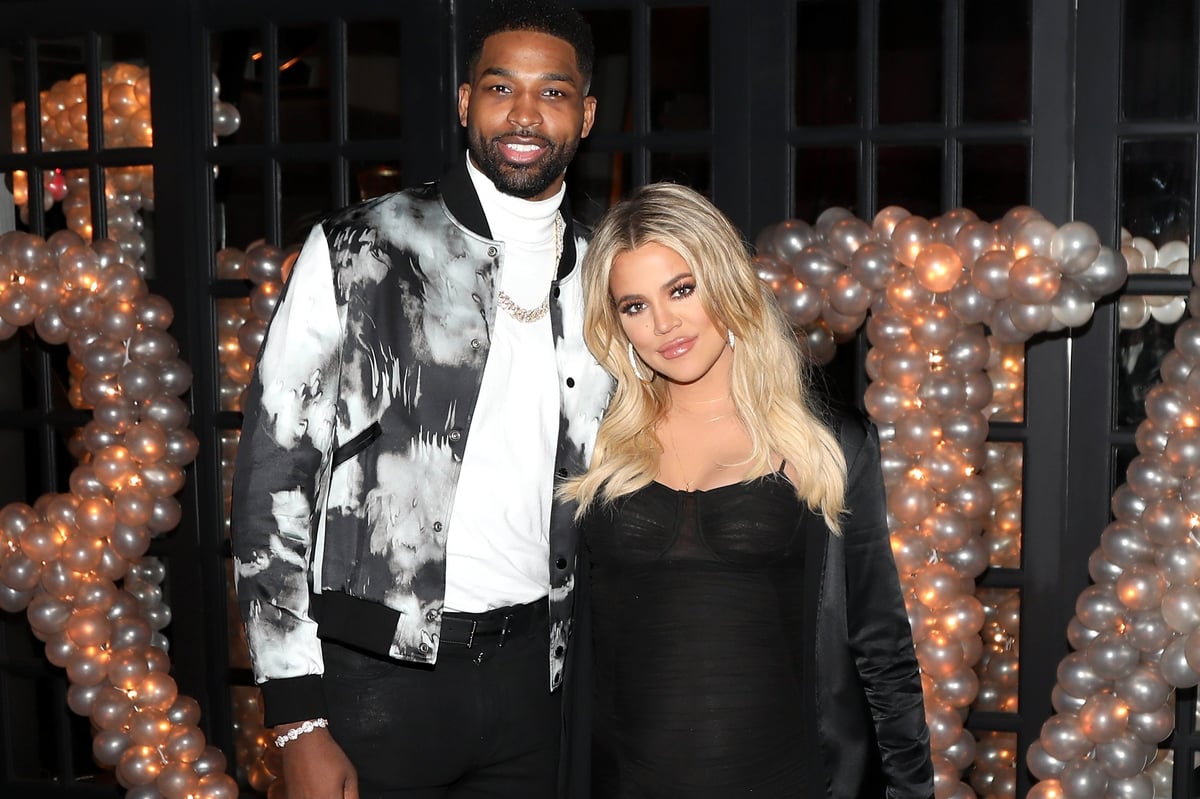 After explaining that she and Tristan have moved past the cheating scandals, Khloé said the couple are back together and hoping to have more children.

"I do want more kids with Tristan," she shared.

She also explained they are still trying to find a surrogate, despite COVID-19 making it difficult to find one.

"I'm still on that journey," she said.

Like a $100 gift voucher for your thoughts? For your chance, take our quick survey.