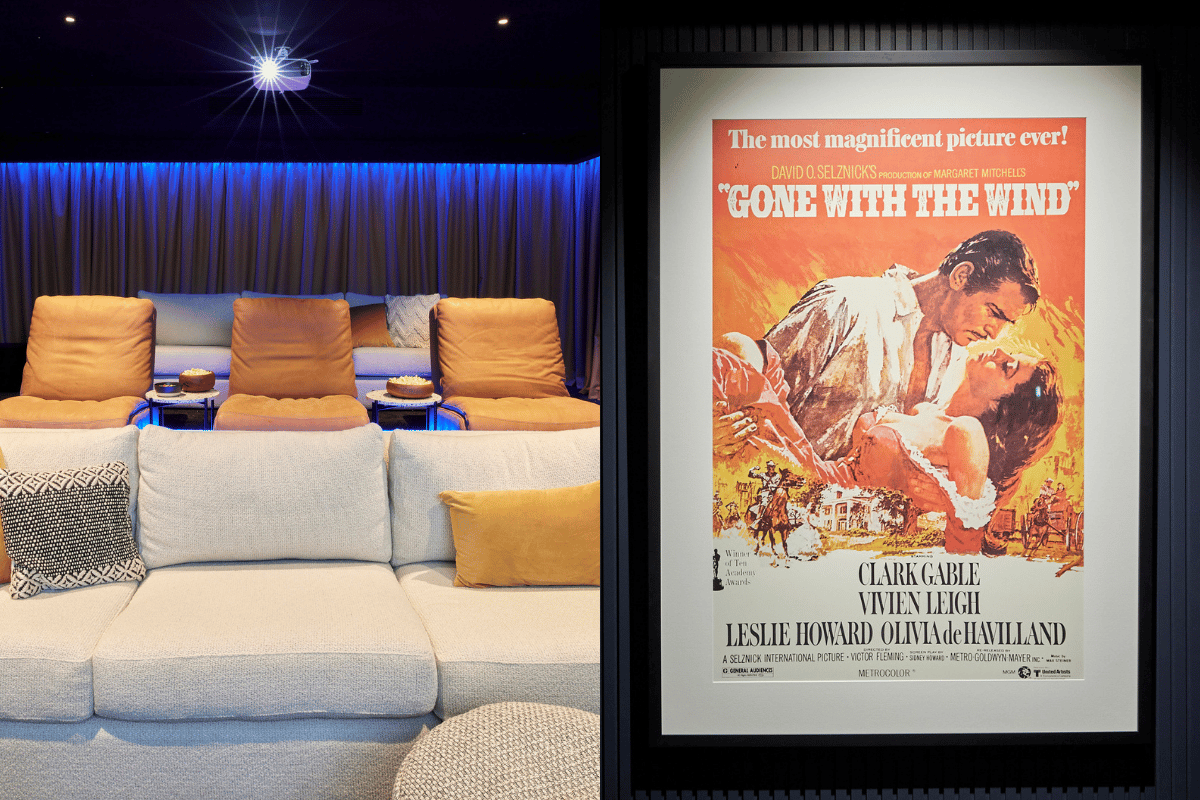 It's official. The Block has even more drama than Married At First Sight.

This week, the reality show was rocked by a major cheating scandal.

It all kicked off at the start of the week when it was revealed that twins Josh and Luke had seen a photo of the show's production schedule, allowing them to plan their rooms ahead of the other contestants.

In an added blow, contestants Tanya and Vito later confessed they had also seen the schedule.

The newcomers claimed they had received a photo of the schedule from an unknown tradie, who reportedly photographed the production schedule inside host Scott Cam's private office.

The drama all came to a head on Wednesday night when the five teams met for a heated Body Corporate meeting.

During the meeting, Mitch and Mark clashed with both Tanya and Vito and Josh and Luke, exchanging insults and expletives. (If you missed it, it was basically like a Married At First Sight dinner party... at a building site.)

Suspicions also arose among the contestants that Tanya had actually taken the photo of the schedule, rather than a tradie.

As for the actual... renovations, the five teams tackled their basements this week.

Due to a few days' worth of rain, some of the basements were leaking. But in the end, all the teams completed their rooms.

As judging began, both Tanya and Vito and Josh and Luke lost two points each due to the cheating scandal.

Here are all the photos from The Block's basement reveal:

Perth parents Ronnie and Georgia spent $23,410 on their basement this week, which they turned into a home cinema.

Upon entering the basement, the judges loved the star-studded ceiling and the comfortable furniture used in the cinema room.

"I'm so happy that I'm seeing lounge-like furniture. It feels really relaxed. That's how I want to watch a movie," Darren said.

Although Neale isn't usually a fan of home cinemas, he admitted that Ronnie and Georgia's made him want one in his own home.

"This has turned my views totally on their head. It's totally desirable," he said.

However, after going upstairs, Darren noticed he could hear all the sound coming from the cinema room, meaning that the basement needed better acoustics. 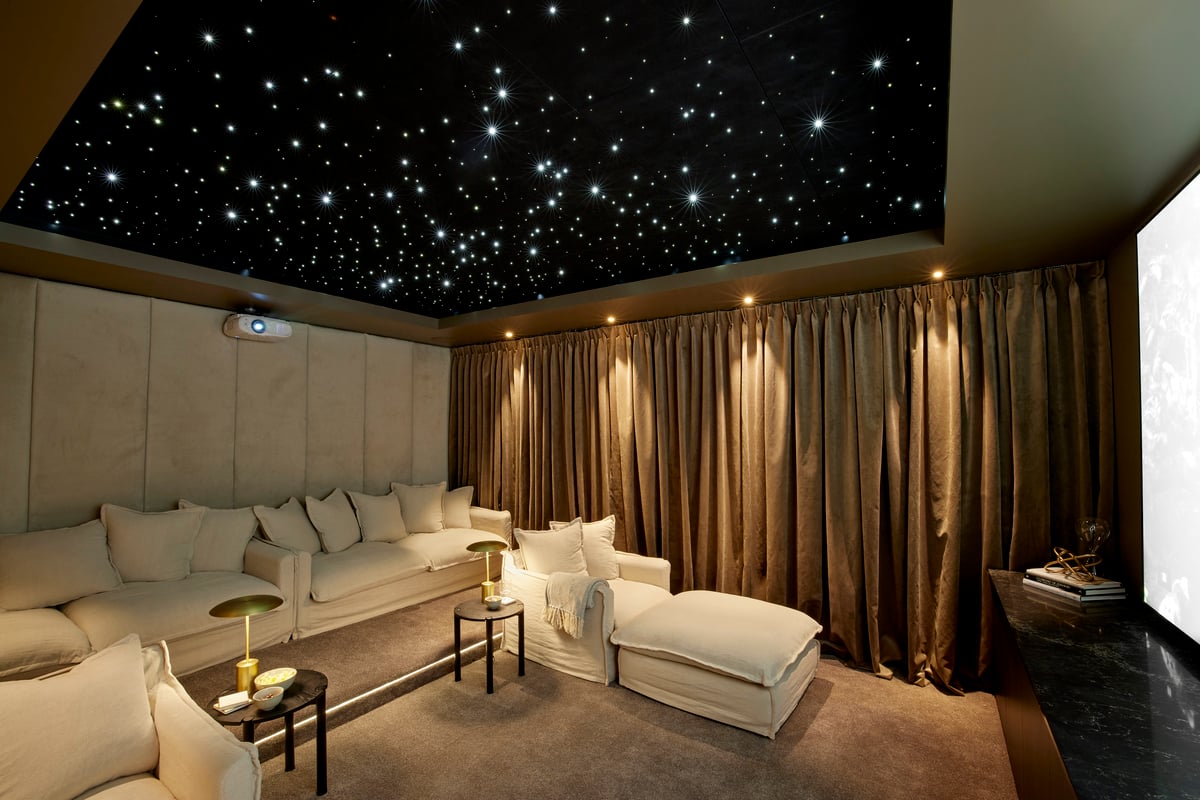 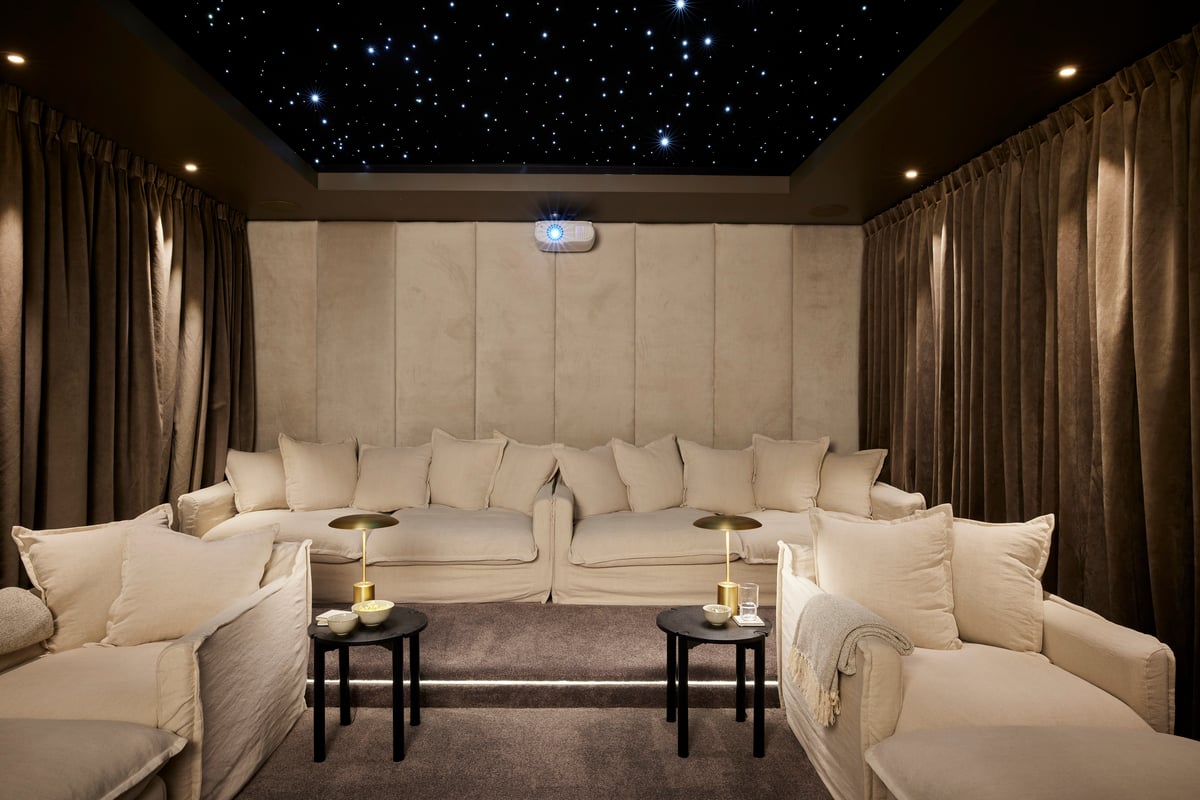 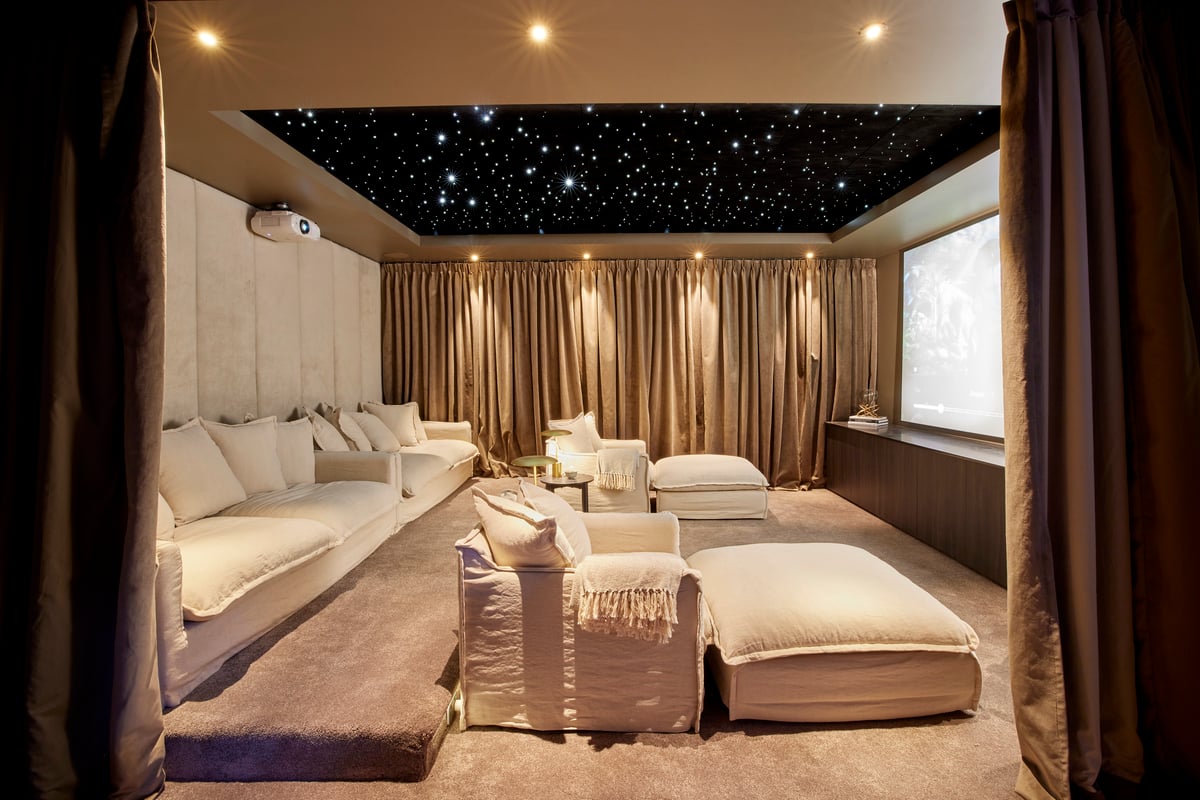 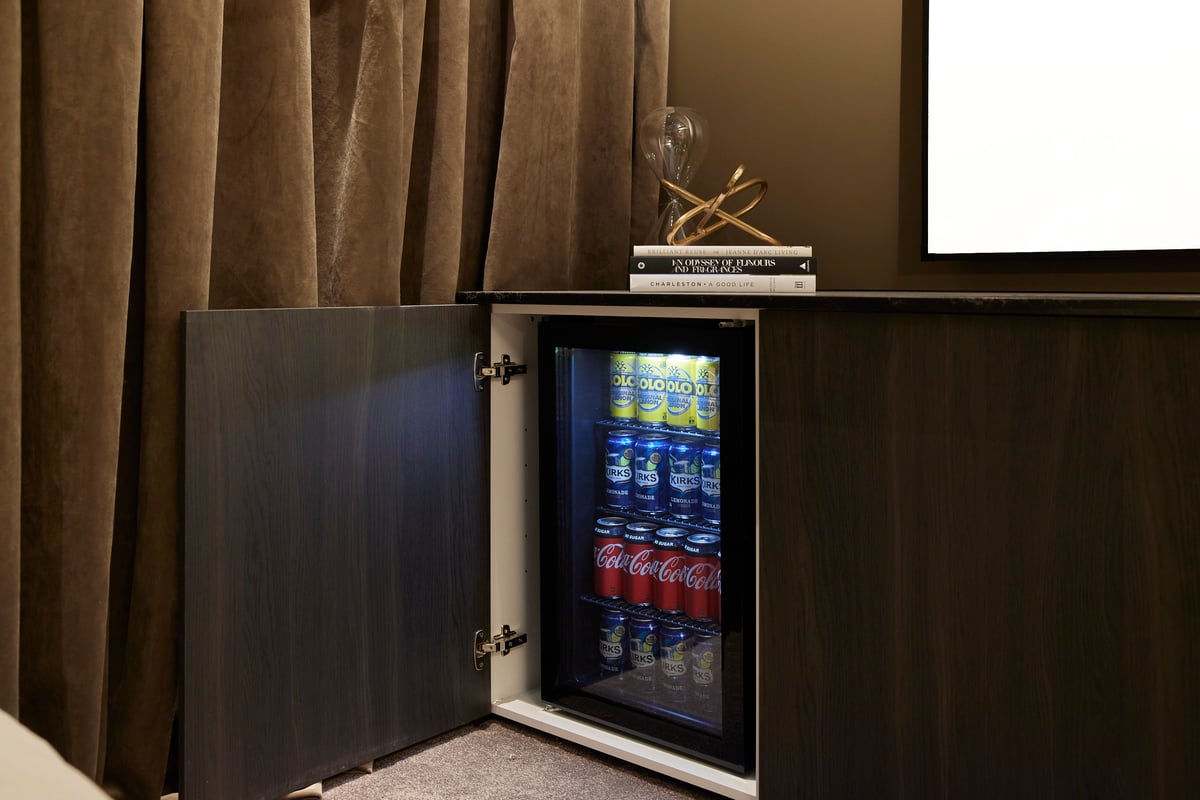 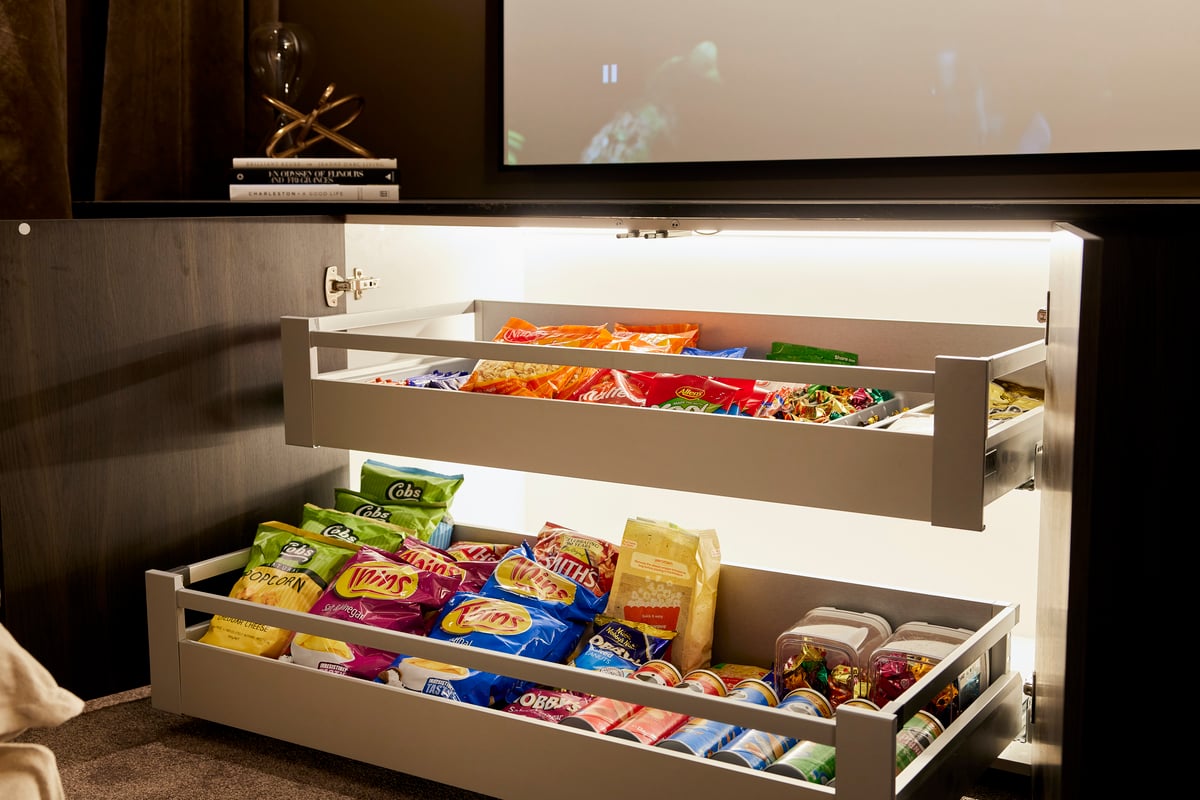 This week, Sydney couple Mitch and Mark spent $31,795 on their basement.

Unlike the other teams, Mitch and Mark created a steam and spa room – and the judges absolutely loved it.

"I love that wall tile. That is so beautiful," Darren said.

"It feels like you're in a really beautiful, calming day spa environment."

The judges also felt that the use of a steam room was a real luxury inclusion.

"To get a steam room in your home is just the biggest luxury," Shaynna said.

"This is a room that really sets [them] apart," Darren added.

"How amazing that you can buy a home with this luxury inclusion in it." 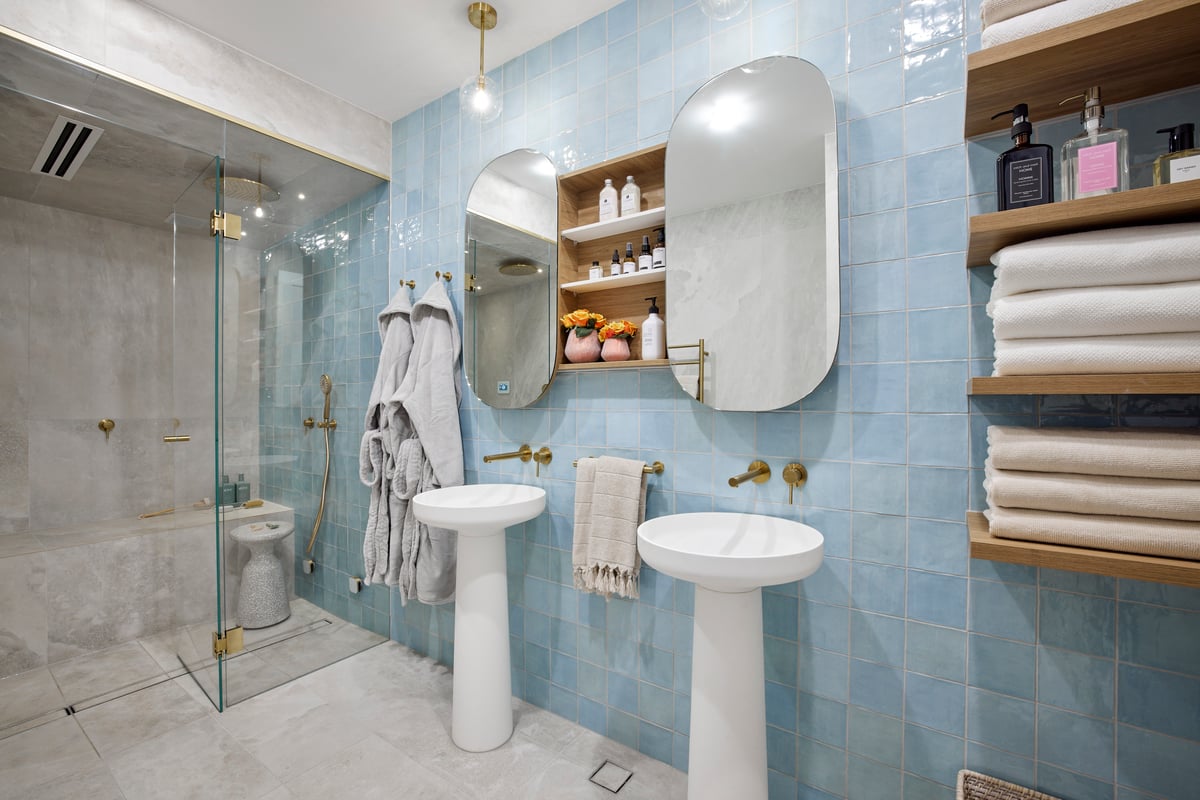 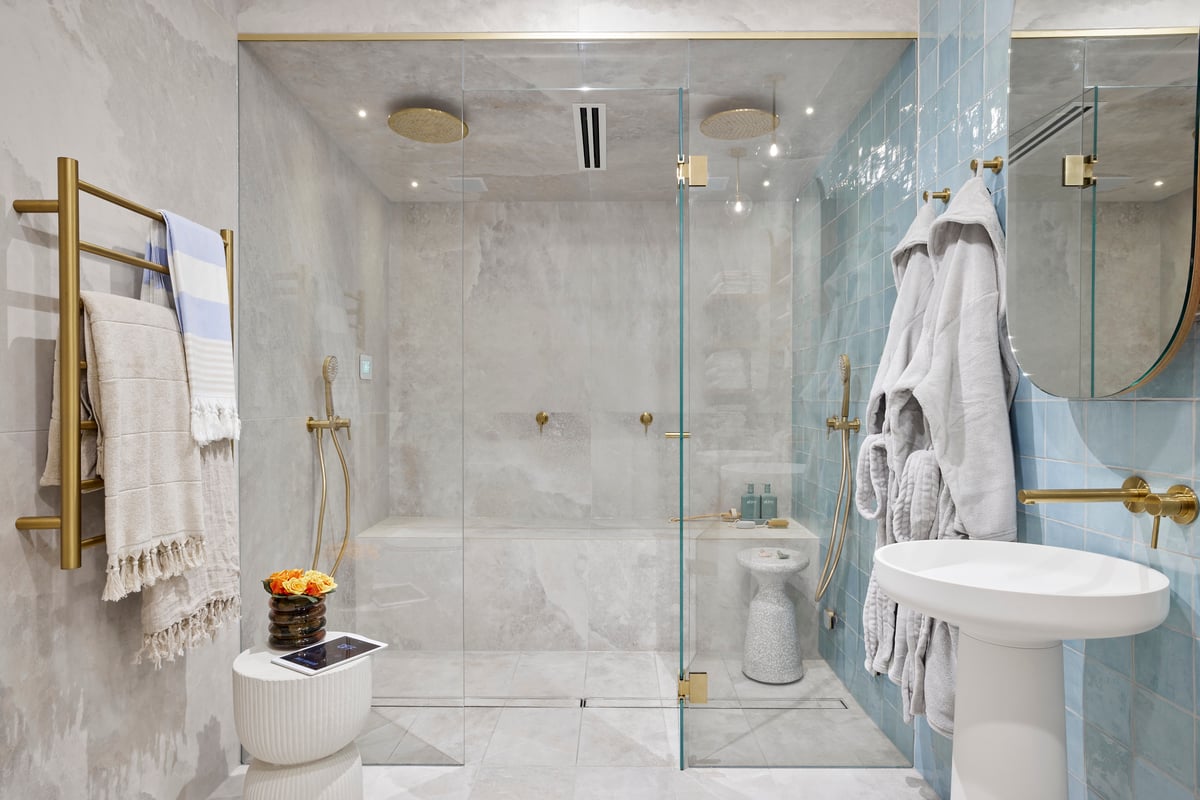 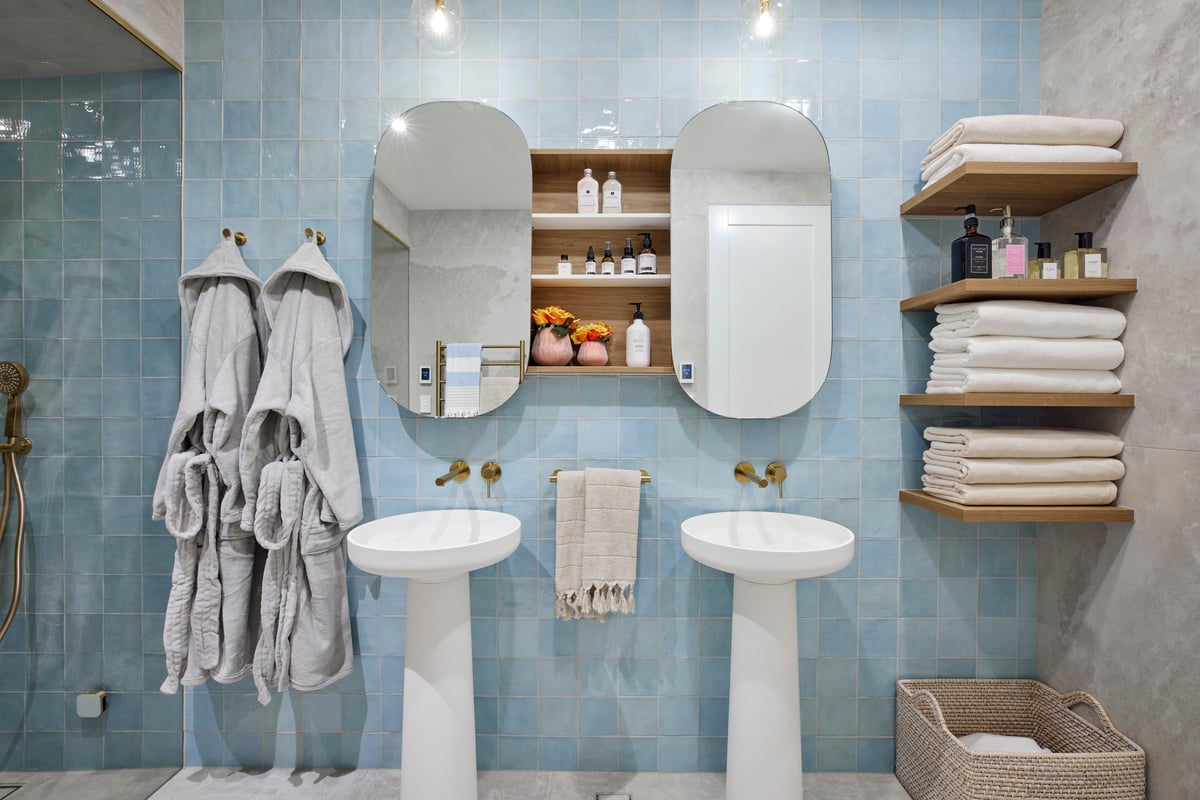 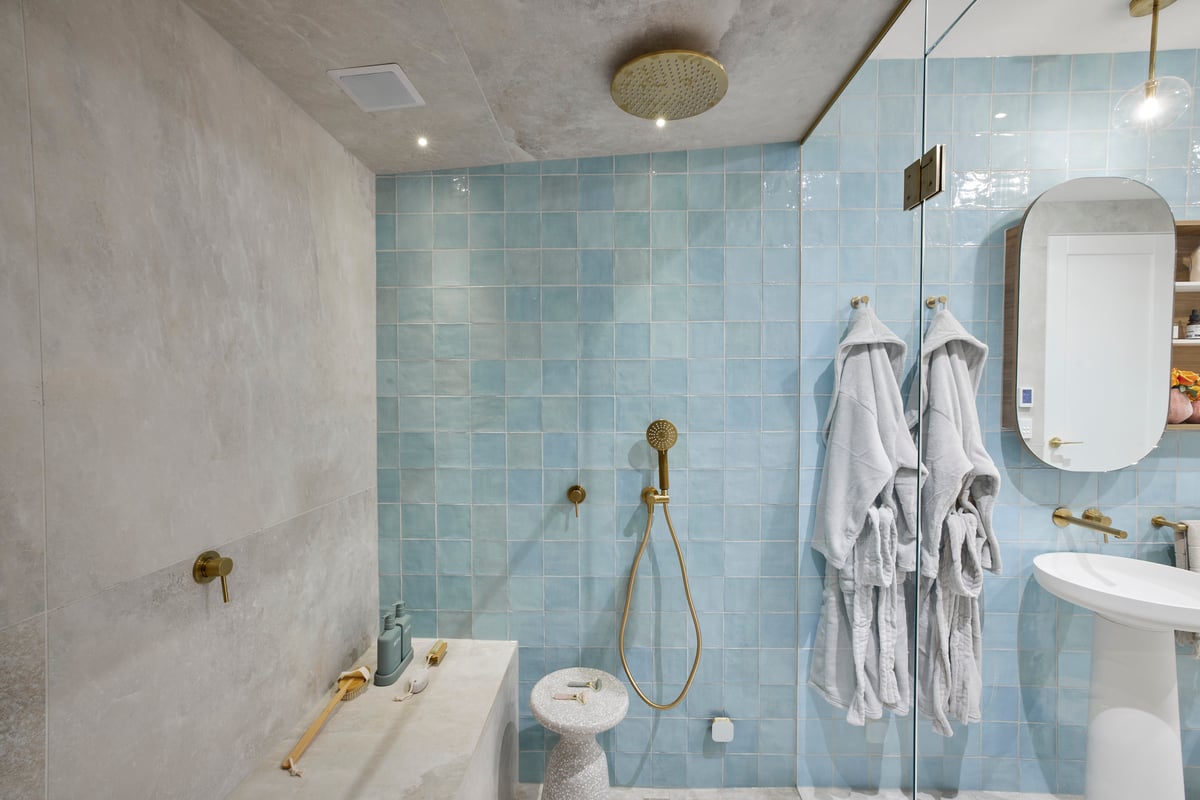 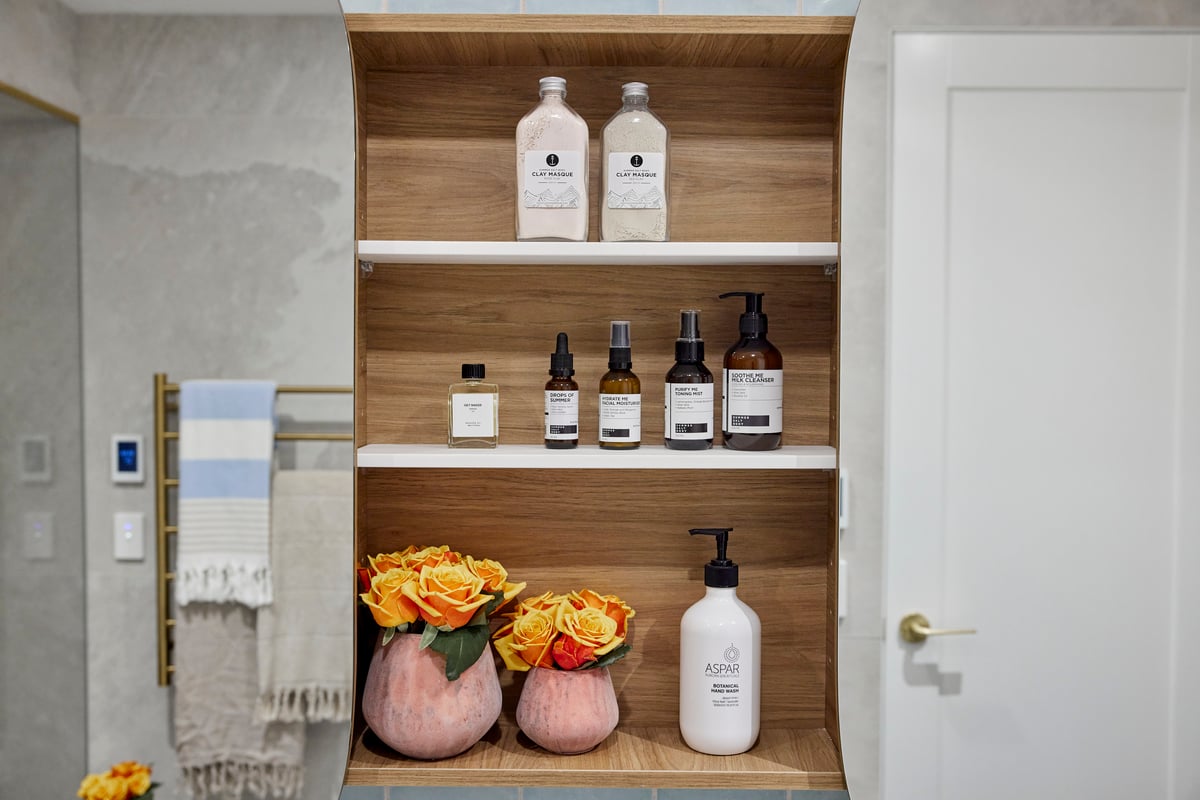 Melbourne parents Tanya and Vito, who spent $32,106 on their basement, were the next pair to face the judges.

Overall, the judges were very impressed with the couple's private cinema room.

Unlike Ronnie and Georgia's cinema, Tanya and Vito's cinema had a door, which helped maintain a strong sound barrier.

As for the rest of the room, the judges loved the choice of furniture, including the comfortable recliner chairs.

"I do really like that we've got a more residential feel with the sofas," Darren said.

However, Shaynna wasn't a fan of the curtains used by the couple.

"I touched [the curtains], it's horrible," she said.

The judges also pointed out that the black paint job on the ceiling was "horrendous".

But overall, Neale thought that the room brought luxury to a whole new level.

"We have never seen levels of luxury like this before. It's off the charts," he said. 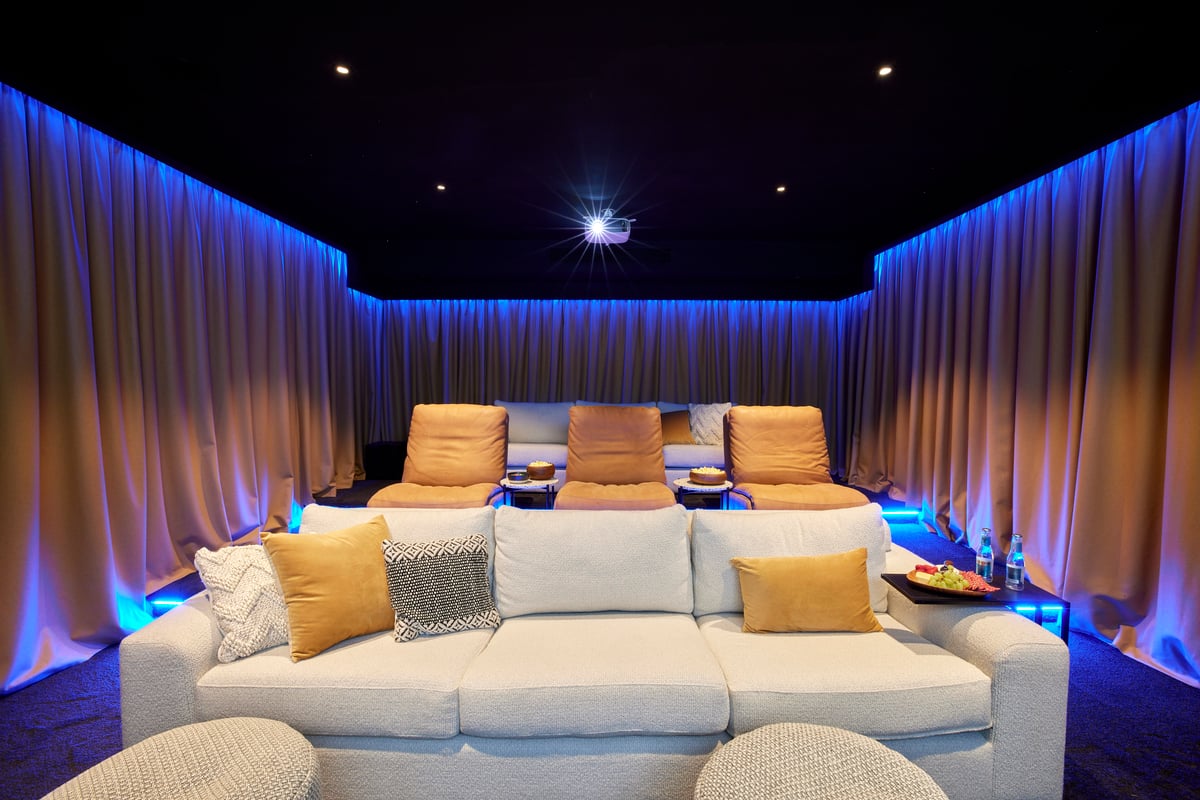 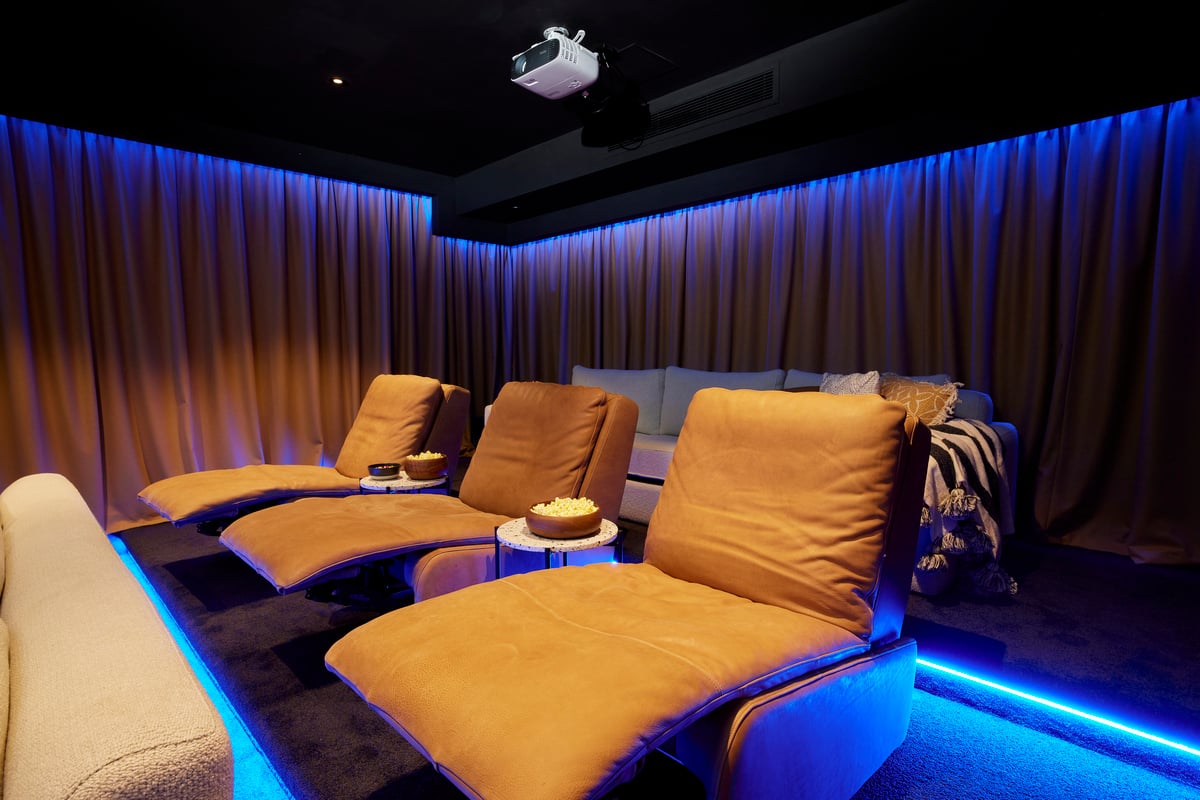 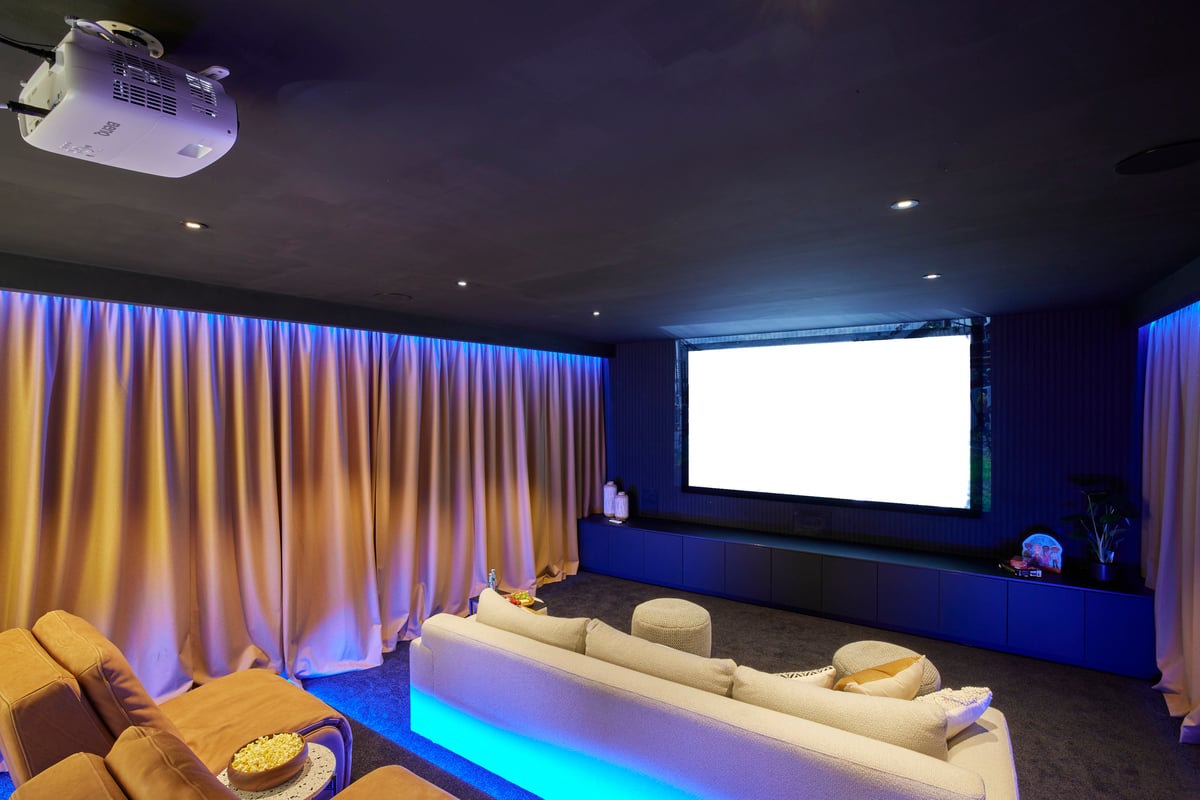 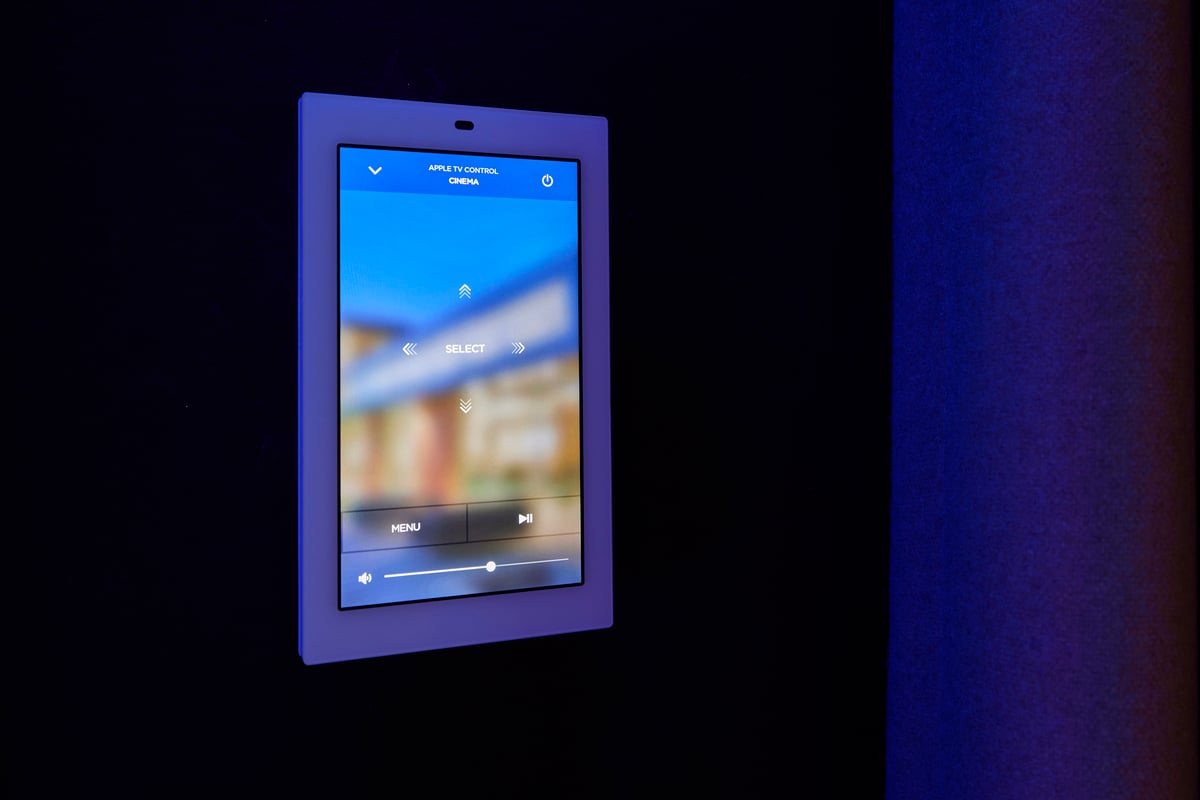 Next up were Love Island Australia's Josh and Luke, who spent $28,231 on their basement.

Much like Ronnie and Georgia and Tanya and Vito, the twins transformed their basement into a home cinema.

But unlike the other teams, the judges... weren't impressed.

Besides the life-sized Iron Man statue, there wasn't much that the judges liked about the home cinema, which felt more like a commercial cinema than a comfortable home cinema.

The judges also thought that the layout of the room felt small, and that the wardrobes were the wrong colour. They also felt the mini fridge was distracting and too brightly lit for a cinema room.

"Is this the best layout? Because this feels tiny," Shaynna said.

Shaynna also said that the styling choices were "dismal" and "lazy", while Darren felt that the furniture was far too "commercial".

"I love a popcorn machine, but it just doesn't work in this environment. And that's the worst blanket styling I've ever seen," Shaynna said.

"It feels cheap and nasty. It's crap. It's absolute crap." 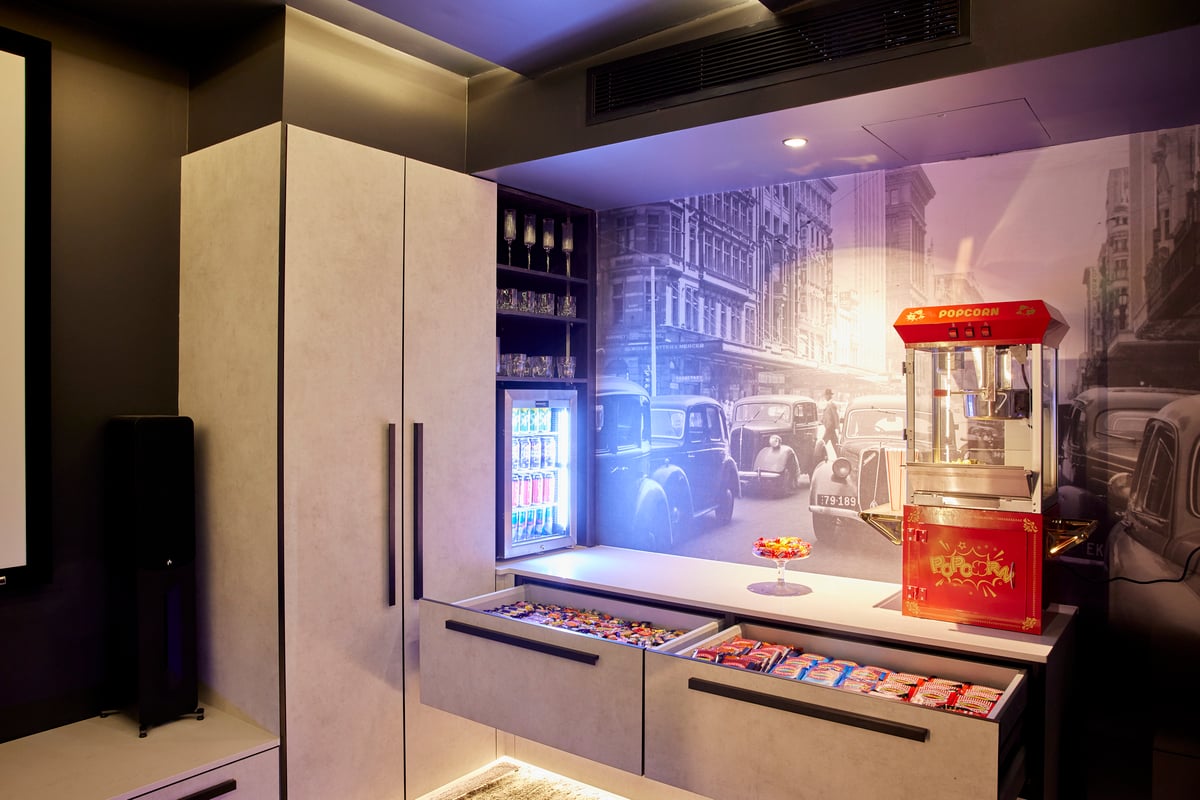 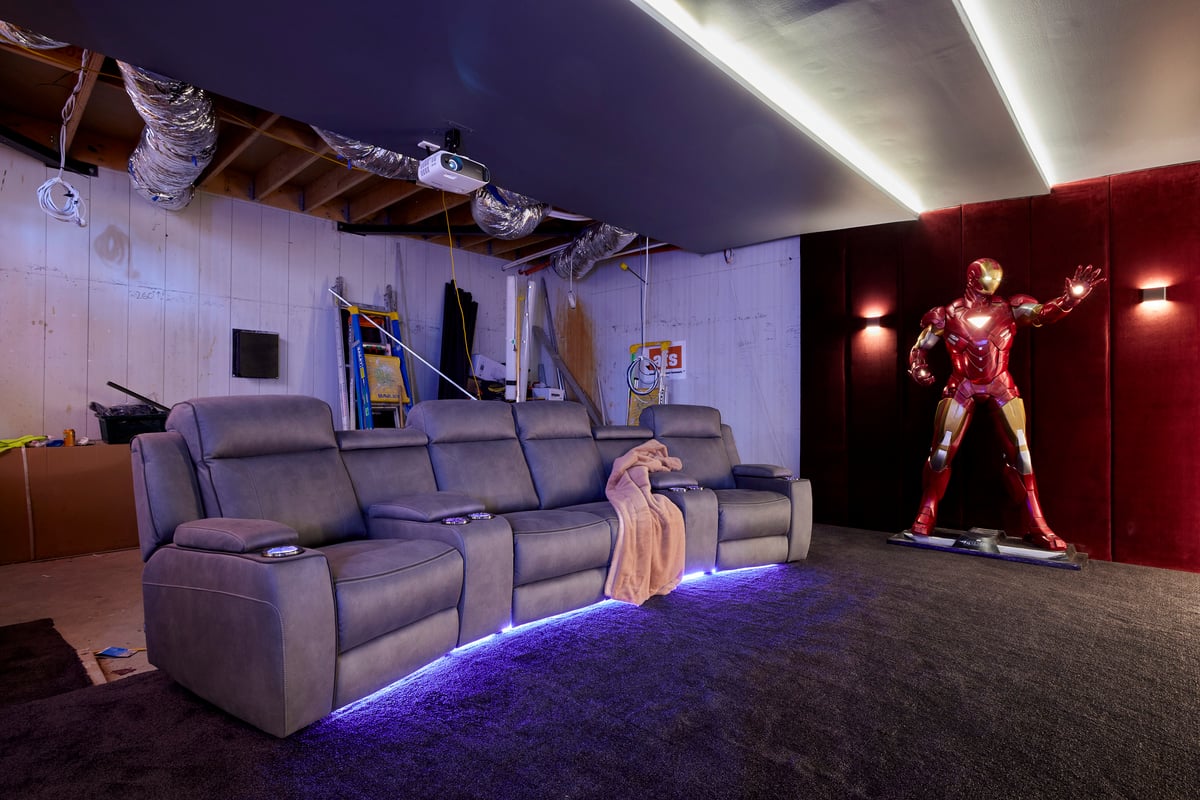 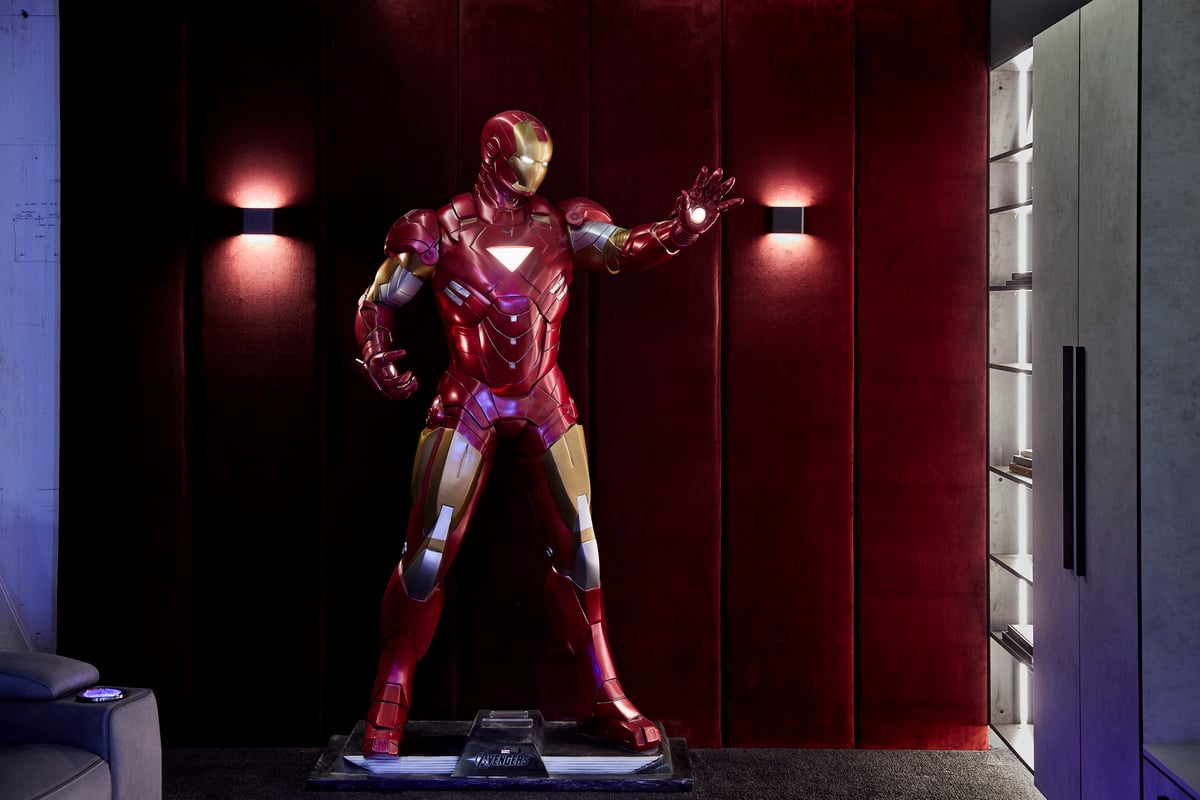 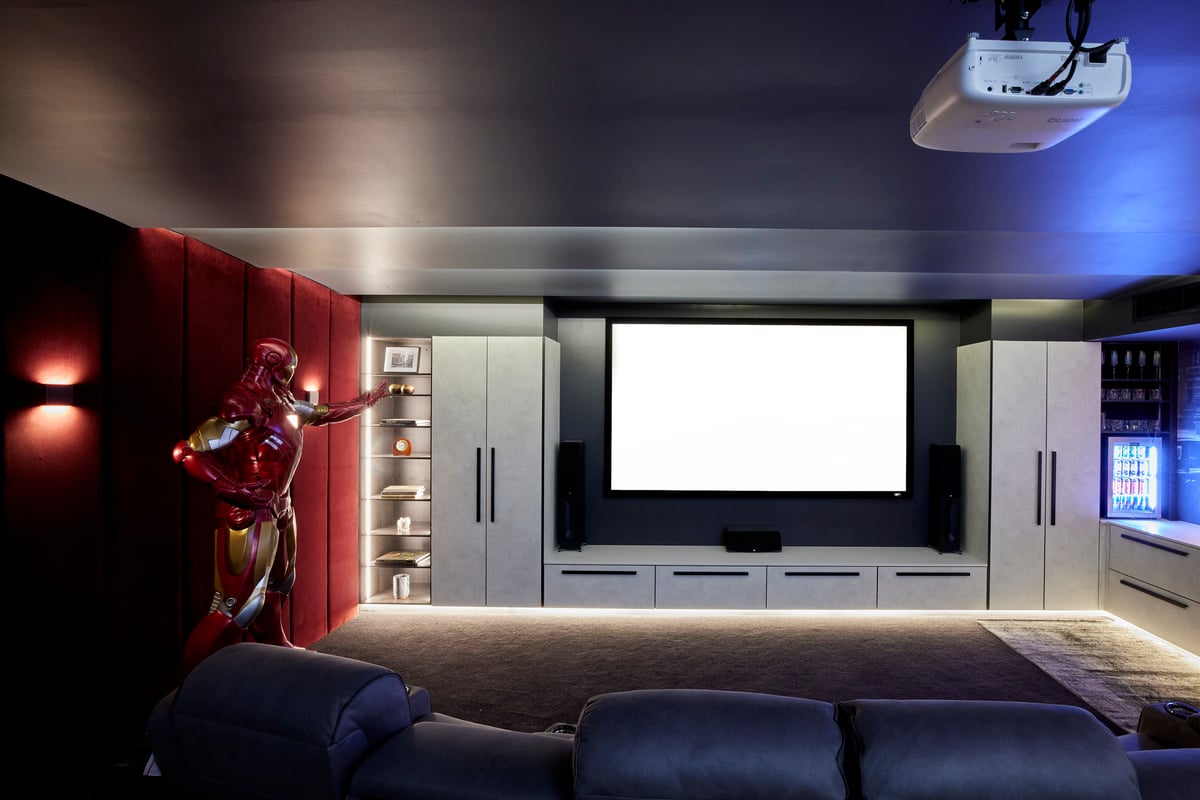 Kirsty and Jesse spent $34,117 on their basement this week, which they turned into a cinema room.

At first glance, the judges loved the use of two doors to enter the room, which created an authentic cinema feel.

Although the cinema room had more of a commercial feel, Darren felt the basement was still comfortable.

"It's very like a proper cinema, and it still feels like it's a part of home," he said.

While Darren would normally avoid chairs with cup holders, he felt that they really worked in the basement.

"Everything that I always thought I didn't like, I really love," he added.

Overall, the judges loved the wall panelling, the colour palette, and the "superb" styling.

"I think this is the best room we've seen Kirsty and Jesse do," Darren said. 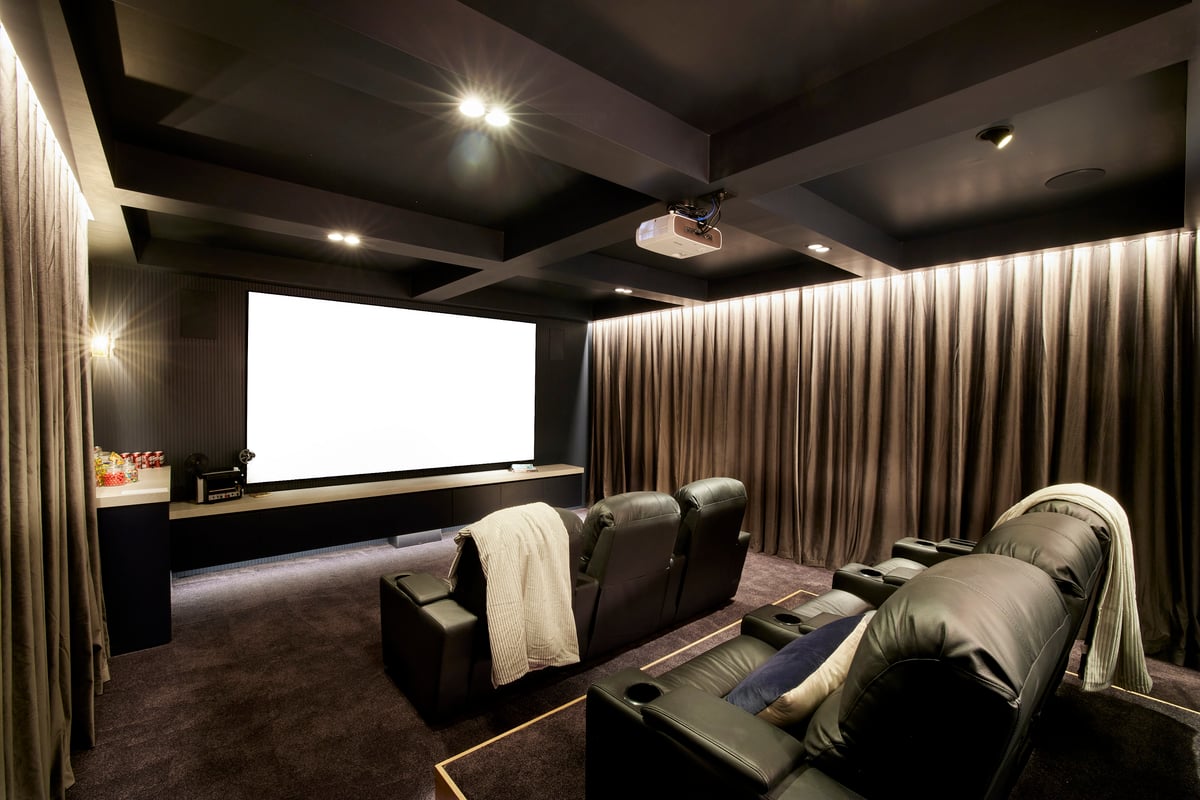 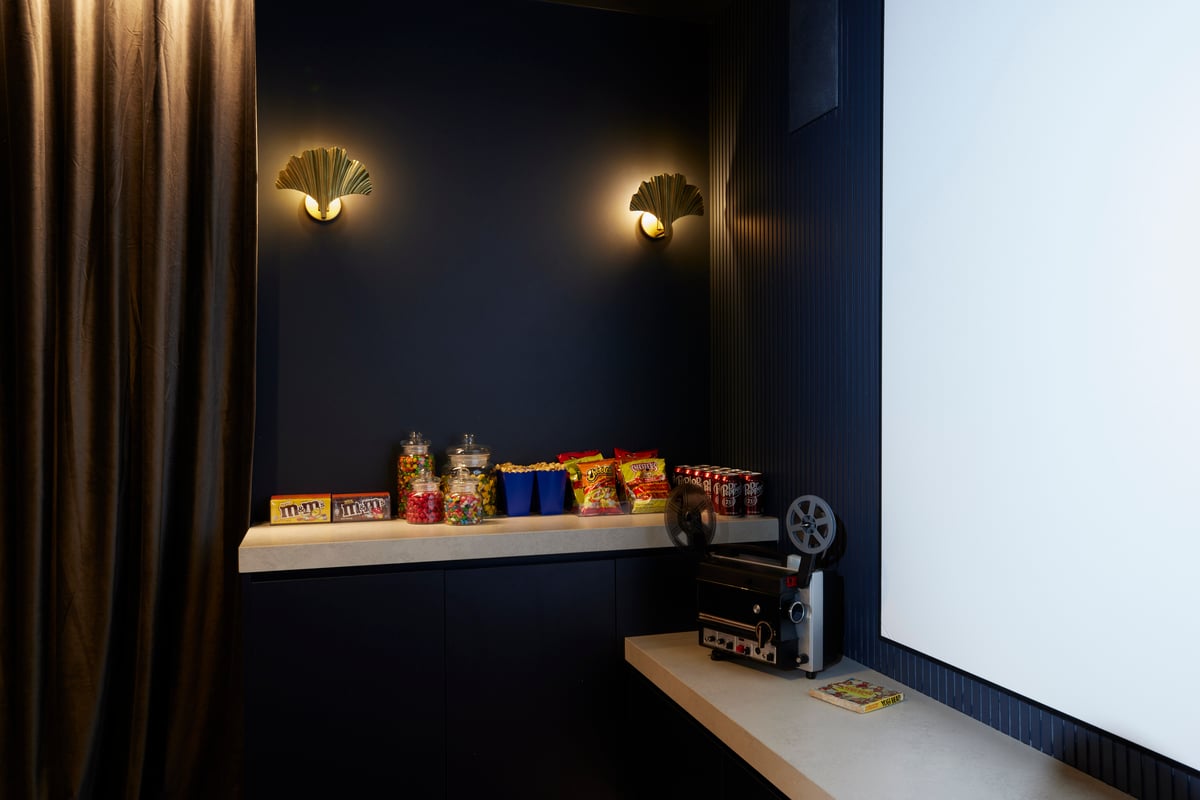 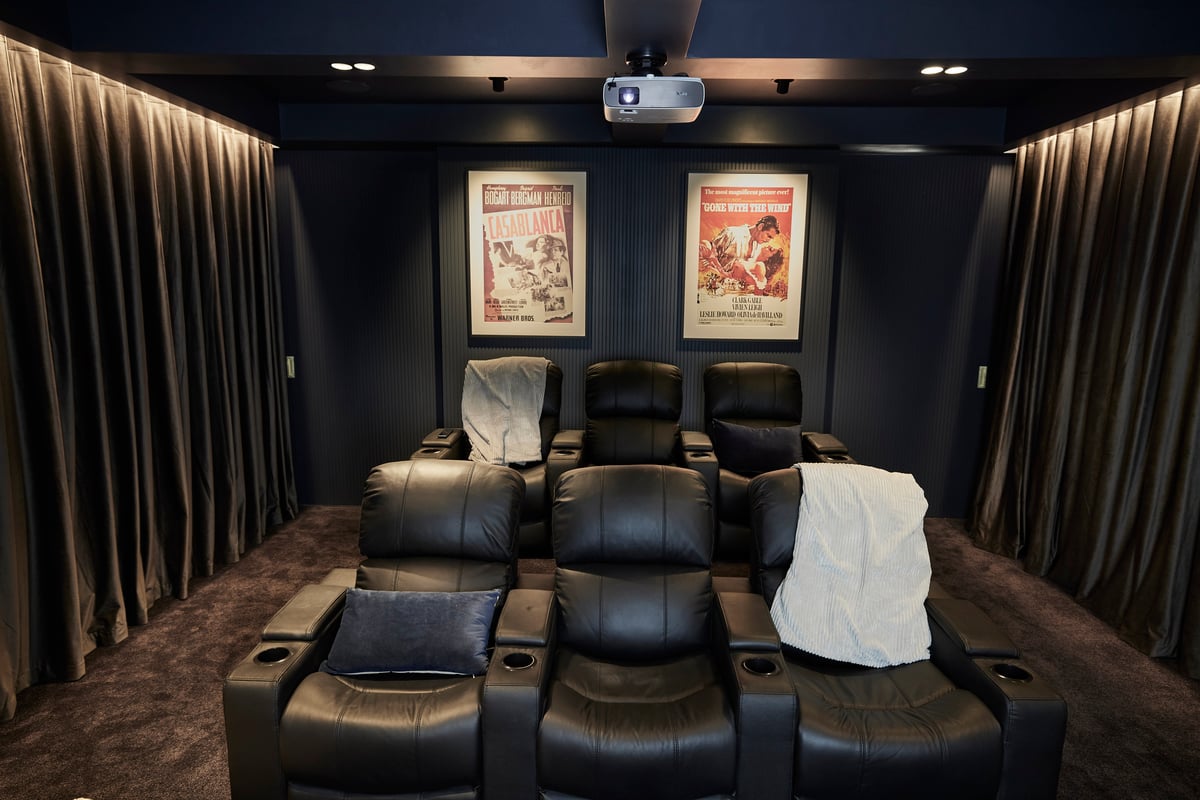 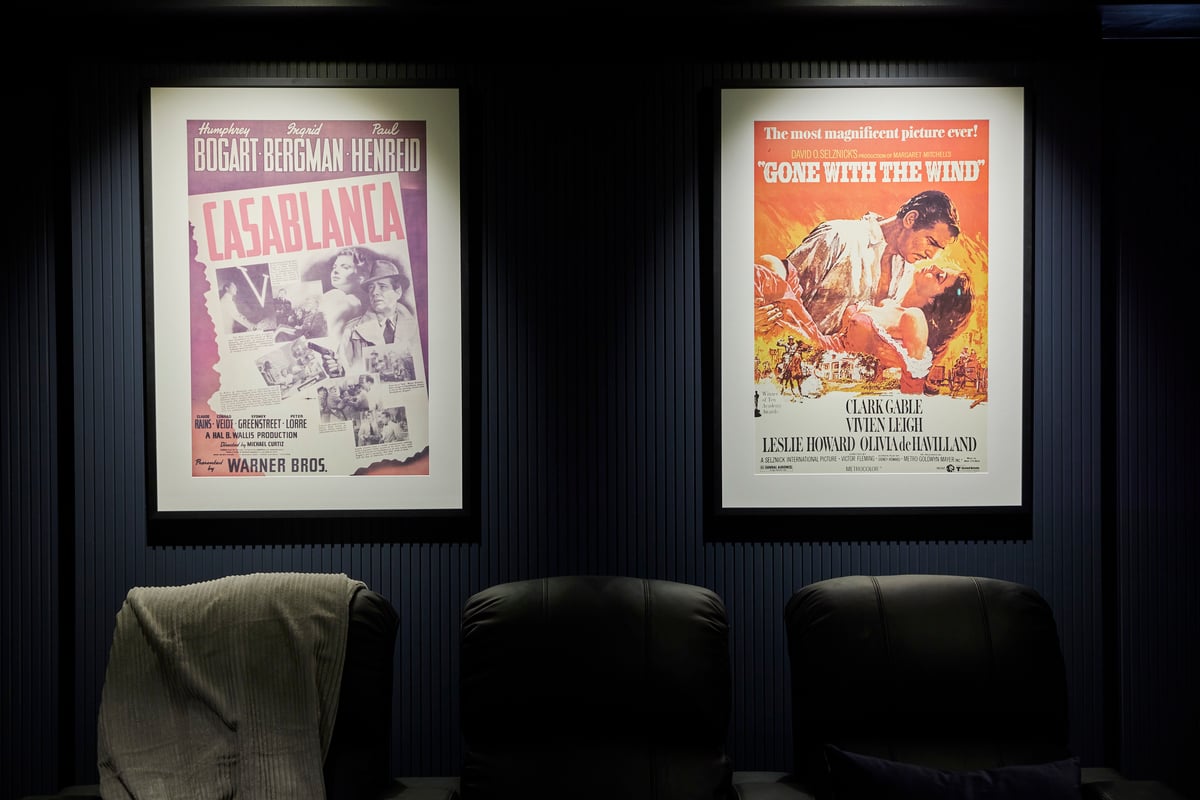 The judges' scores are tallied, and Kirsty and Jesse take out the win.

Next week, the five teams will tackle their master ensuite.