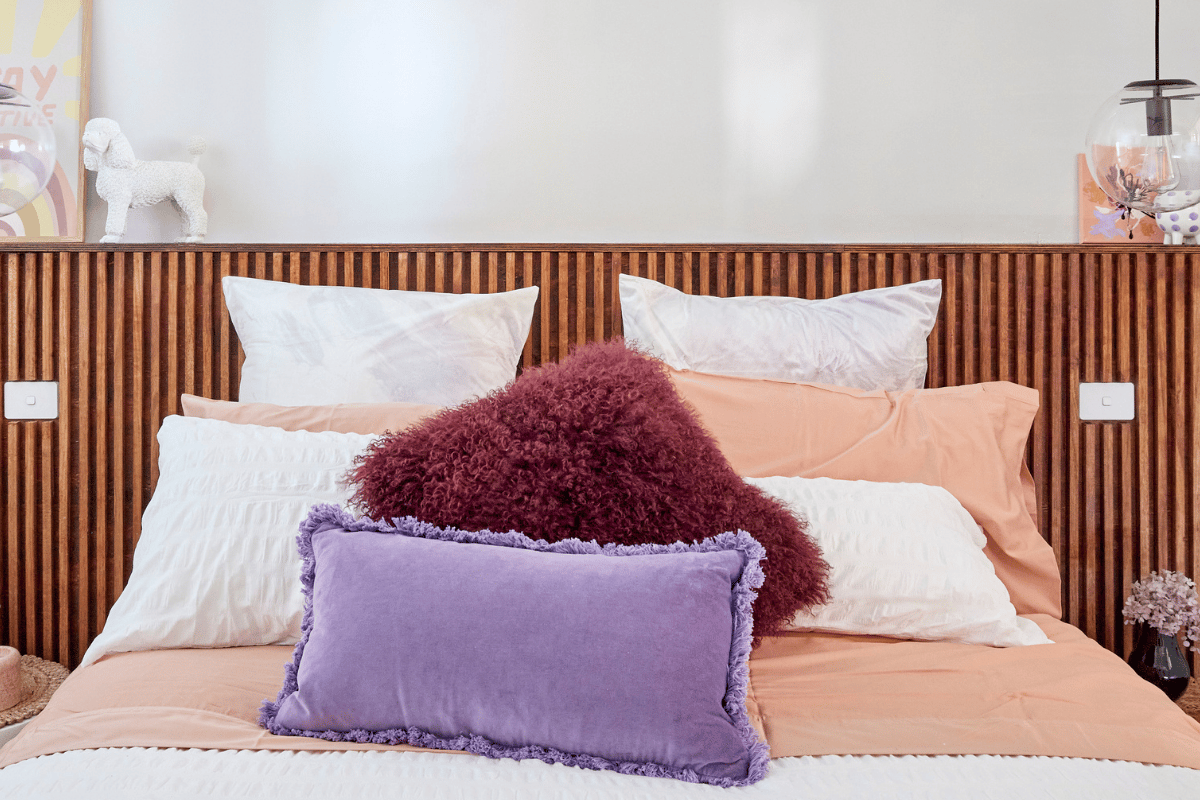 Get your hard hats ready, people. We're back for another season of The Block Fans v Faves.

This season, the renovation reality show is taking place in a traditional Australian cul-de-sac in the Melbourne suburb of Hampton.

Hosted by Scott Cam, the new season features previous contestants Ronnie and Georgia from the 2017 Elsternwick series and Mitch and Mark from the 2019 Oslo series.

The 'Faves' will be joined by three 'Fans' teams – twins Josh and Luke (who previously appeared on Love Island Australia), Melbourne parents Tanya and Vito, and childhood sweethearts Kirsty and Jesse.

In the premiere episode of the series, the three Fans teams were tasked with building their own bedroom for the 48-hour house decider challenge, with the winner becoming the first team to choose the house they renovate.

Here are all the photos from the house decider challenge:

First up are Kirsty and Jesse, a country music loving couple from New South Wales who have been dating since they were 16 years old.

The high school sweethearts came on the show to get ahead in life.

"We both come from nothing. We have humble beginnings, so real estate means a lot to us," Jesse said. "It is a way of making a difference in our lives."

During the house decider challenge, Kirsty and Jesse clashed with Josh and Luke when Kirsty told the twins' builder to stop painting. (While competing on The Block, contestants must do their own painting.)

Despite the drama, Kirsty and Jesse completed the challenge – and the judges were certainly impressed.

"There's a level of sophistication here that I'm surprised to see on day one of the competition," Neale said.

"It feels fresh and modern," he added.

However, Darren wasn't happy with the quality of the painting in the room.

"The painting is horrible. It's dreadful," he said. 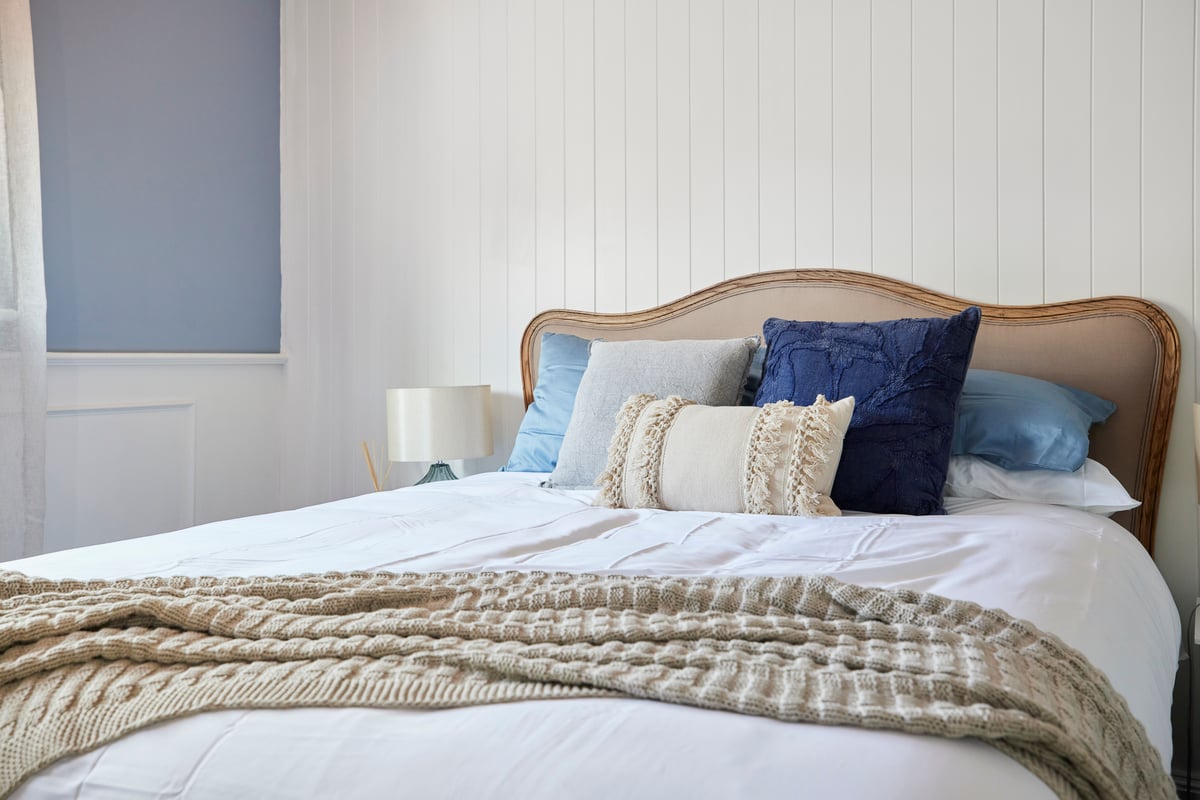 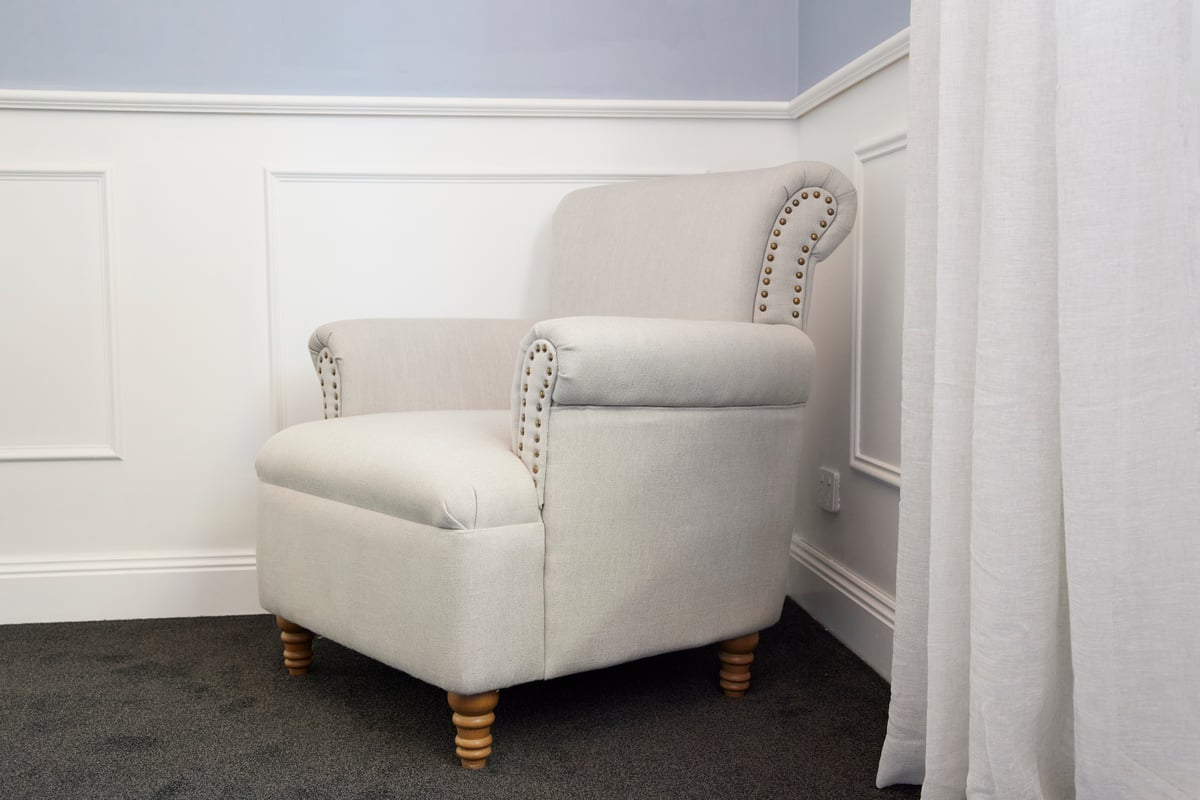 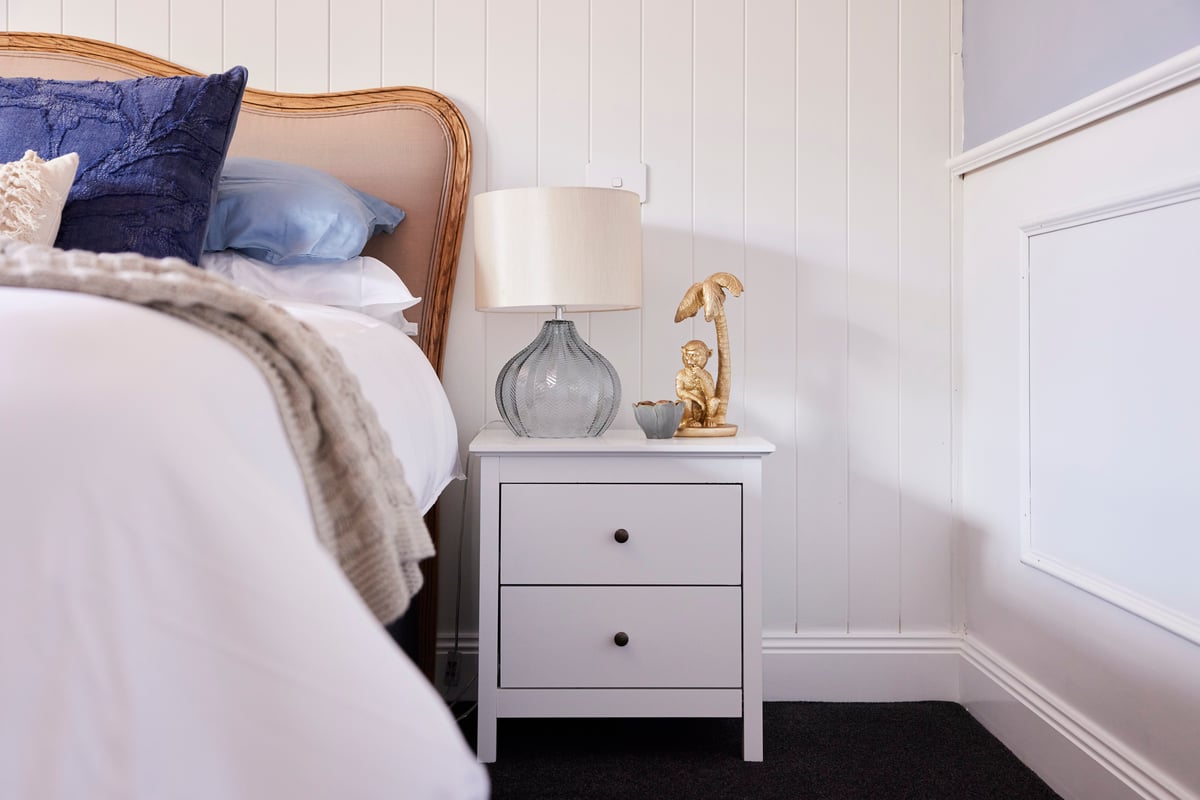 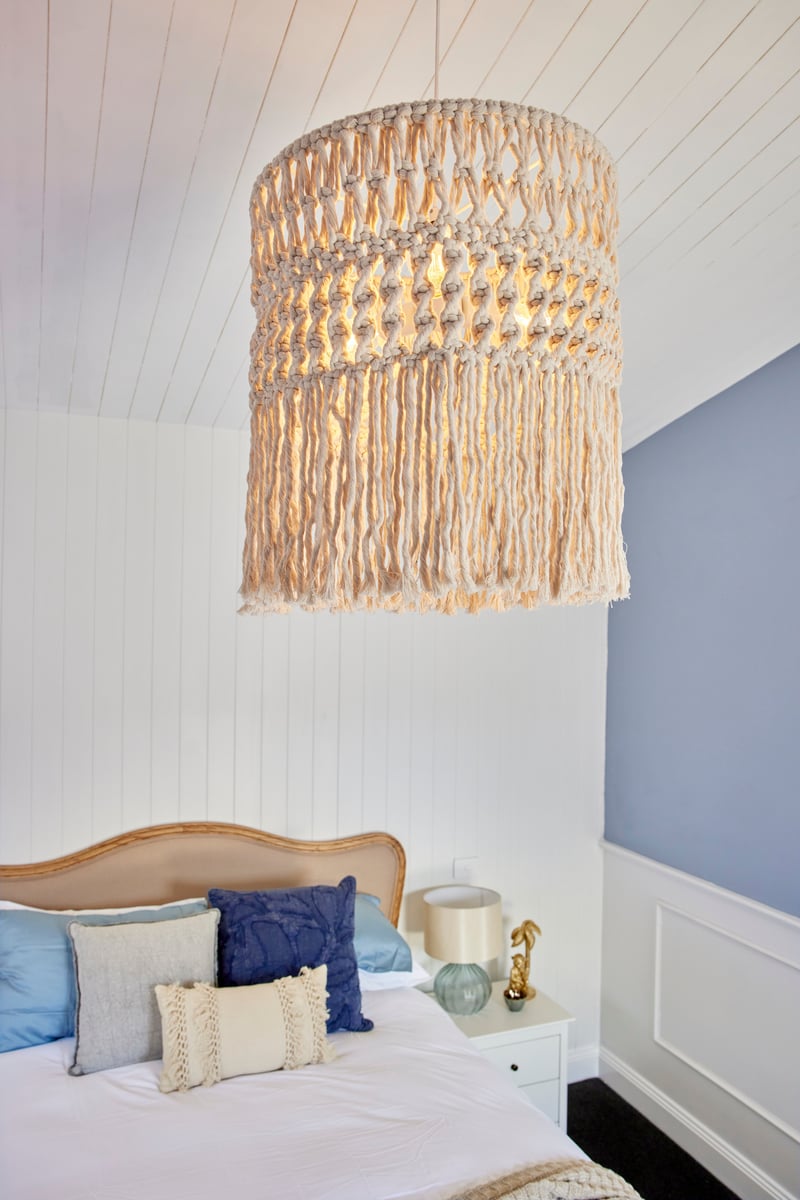 Next up are Love Island Australia's Josh and Luke.

The identical twins, who have never renovated before, struggled to stick to the $5,000 budget for the house decider challenge.

The Sydney duo were forced to resort to op shops to style their bedroom after spending a lot of money on a large window for the room.

Upon entering the bedroom, the judges were impressed with the window, but pointed out that the twins completely forgot to include... blinds. (Sleeping in a bedroom without blinds or curtains? No thanks.)

The judges also thought that Josh and Luke's use of LED strip lights on the ceiling was "tacky", and that their cheap flat pack wardrobe was "gross".

"There's lots to like [in here]... and then there's that," Darren said, referring to the wardrobe. "It looks dirty and a bit gross."

However, overall, Neale was impressed.

"I feel like they're presenting me with a little snapshot of things they like," he said. "The bones of what they've given me I really like." 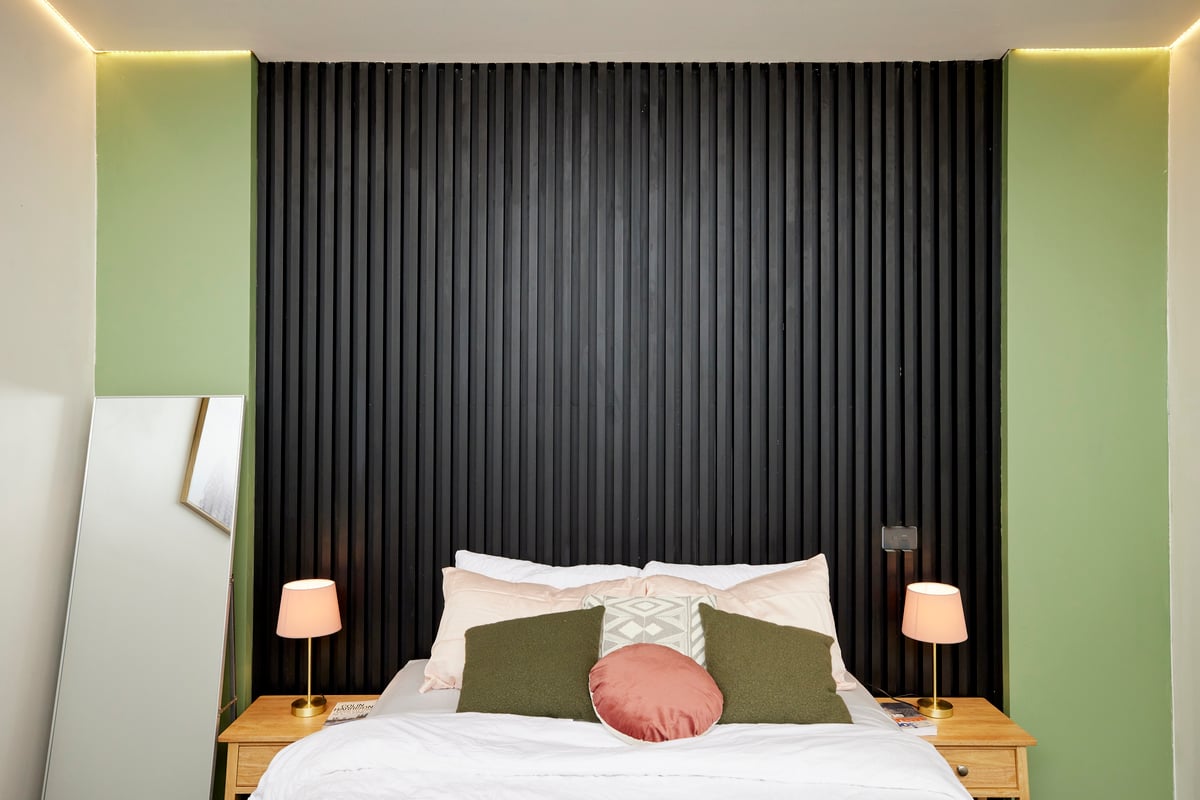 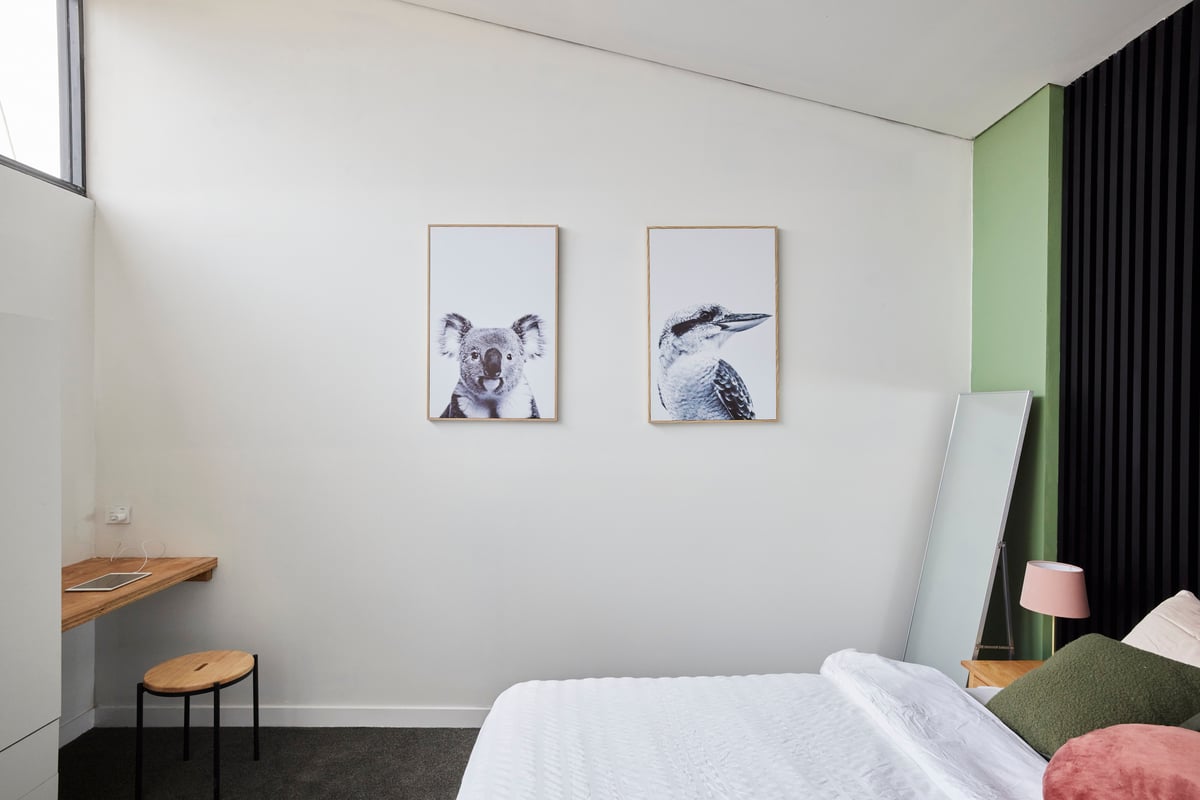 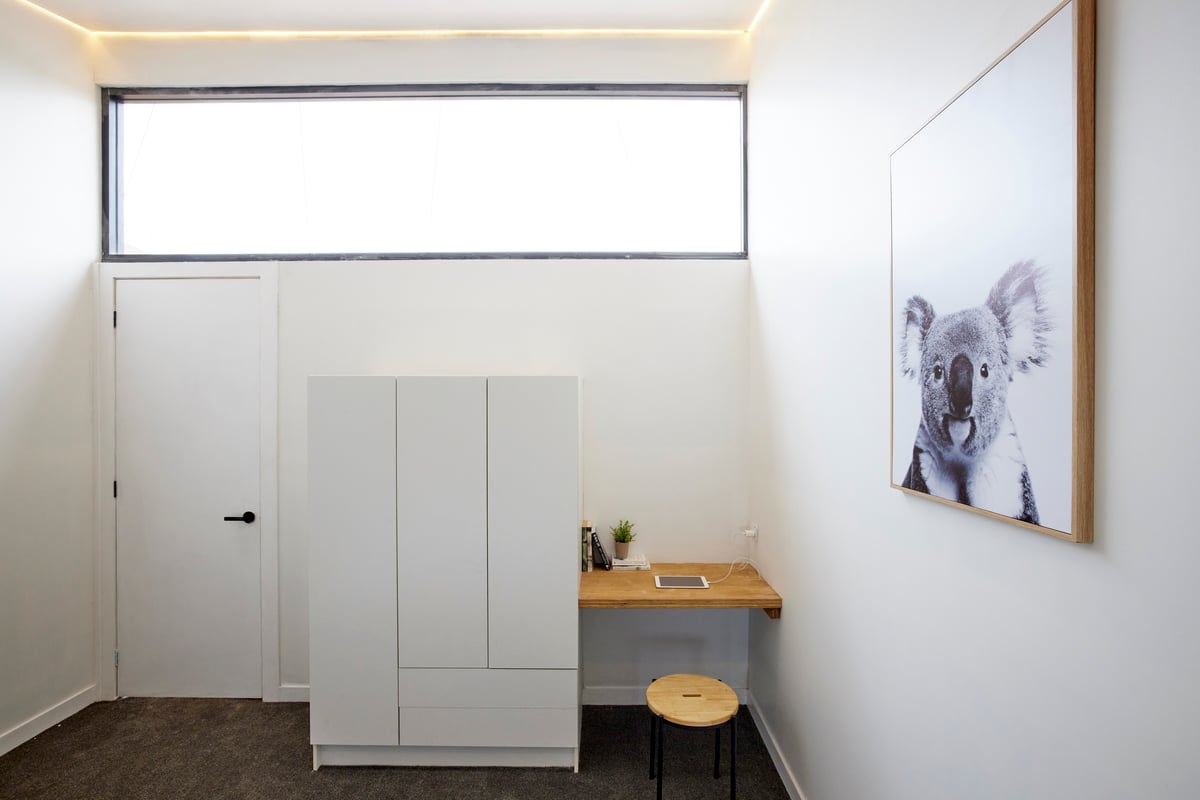 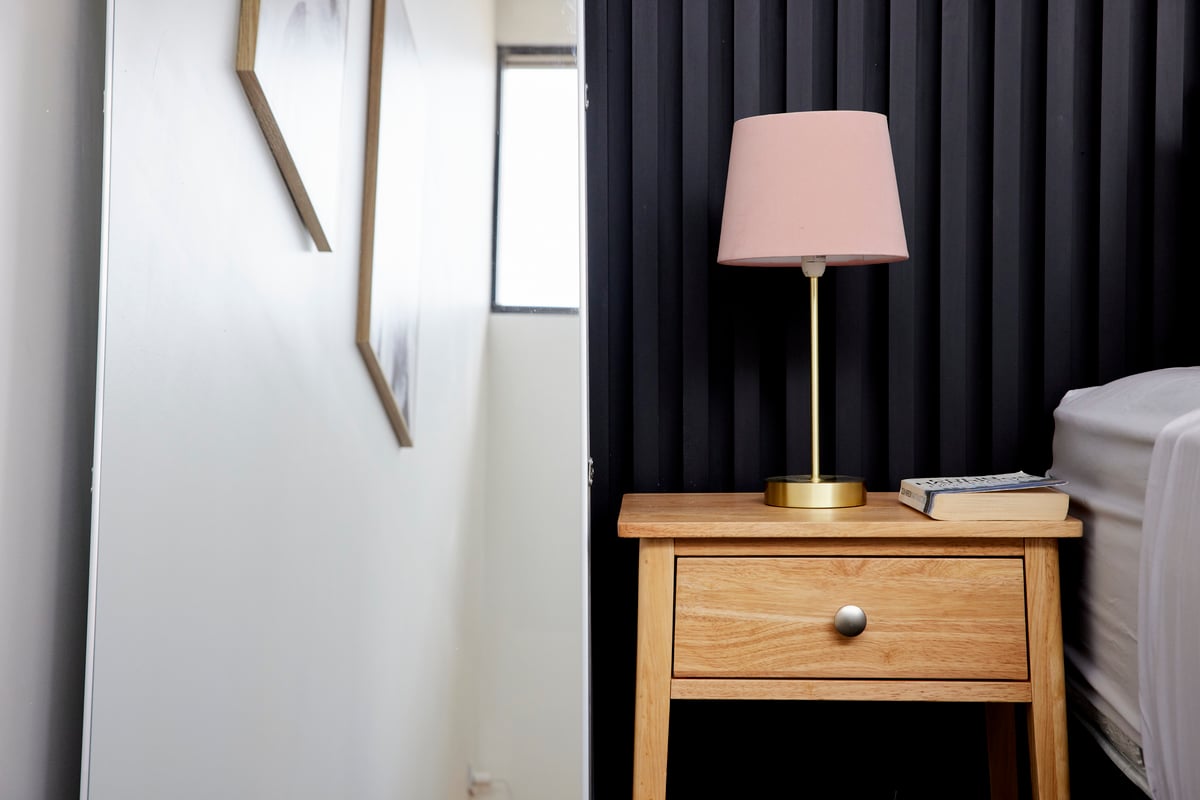 Melbourne parents Tanya and Vito were the last team to face the judges.

For their bedroom, the couple went with bright and colourful furnishings.

But it seems Neale wasn't a fan.

"I am struggling to see anything I like in here. I hate that dressing table. It's horrible. It's not grabbing me," he said.

"It's over-styled," she said. "[They] clearly have their own individual style, but you're in a real estate competition." 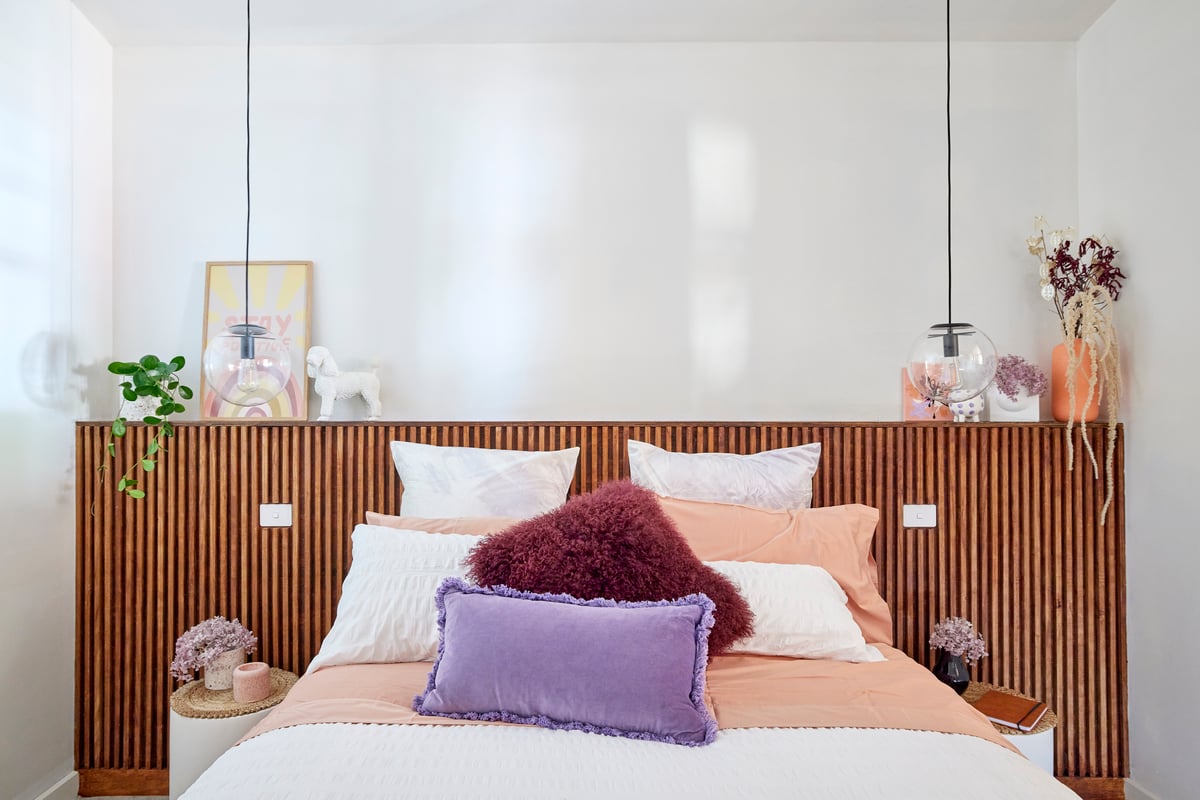 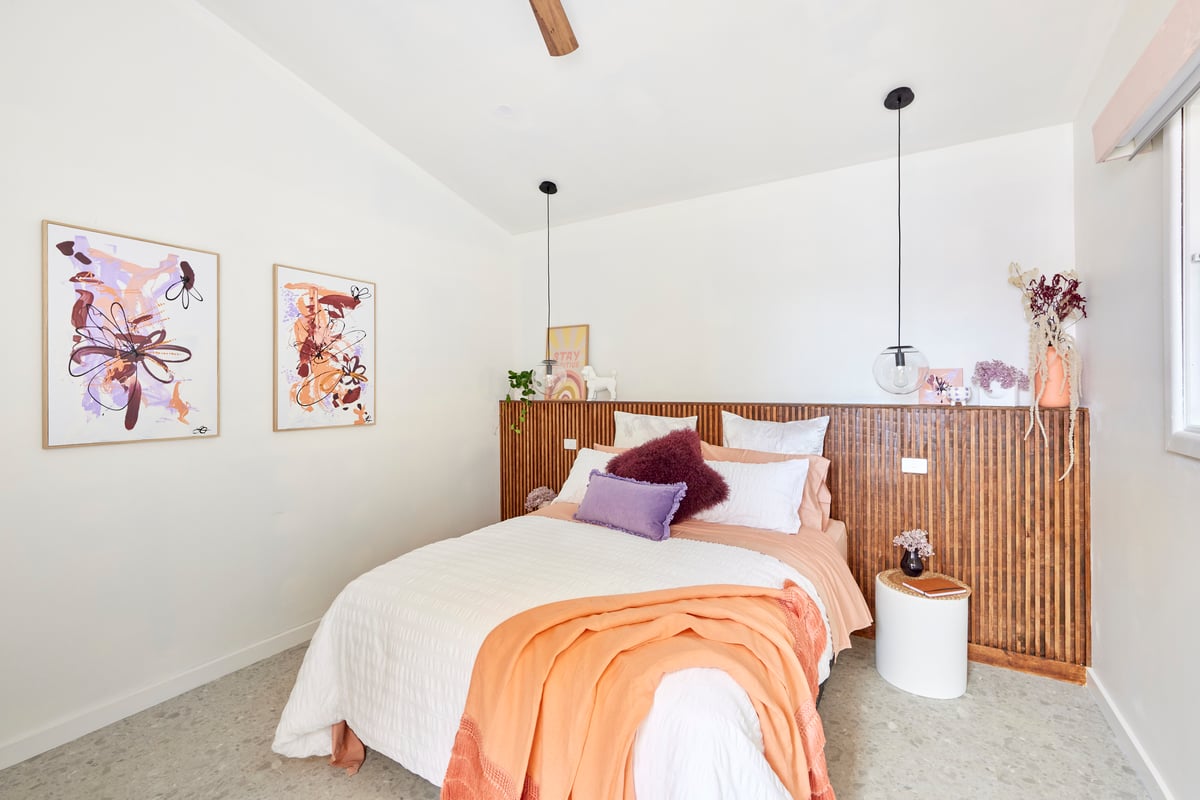 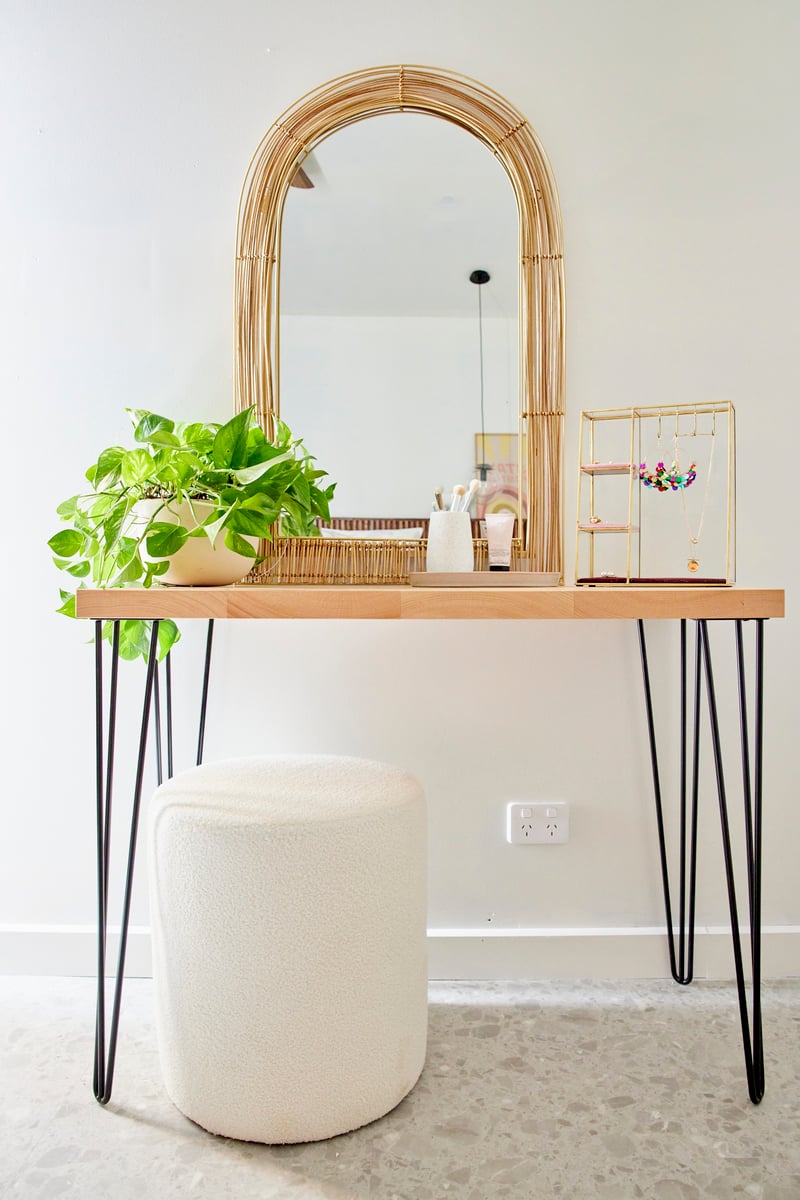 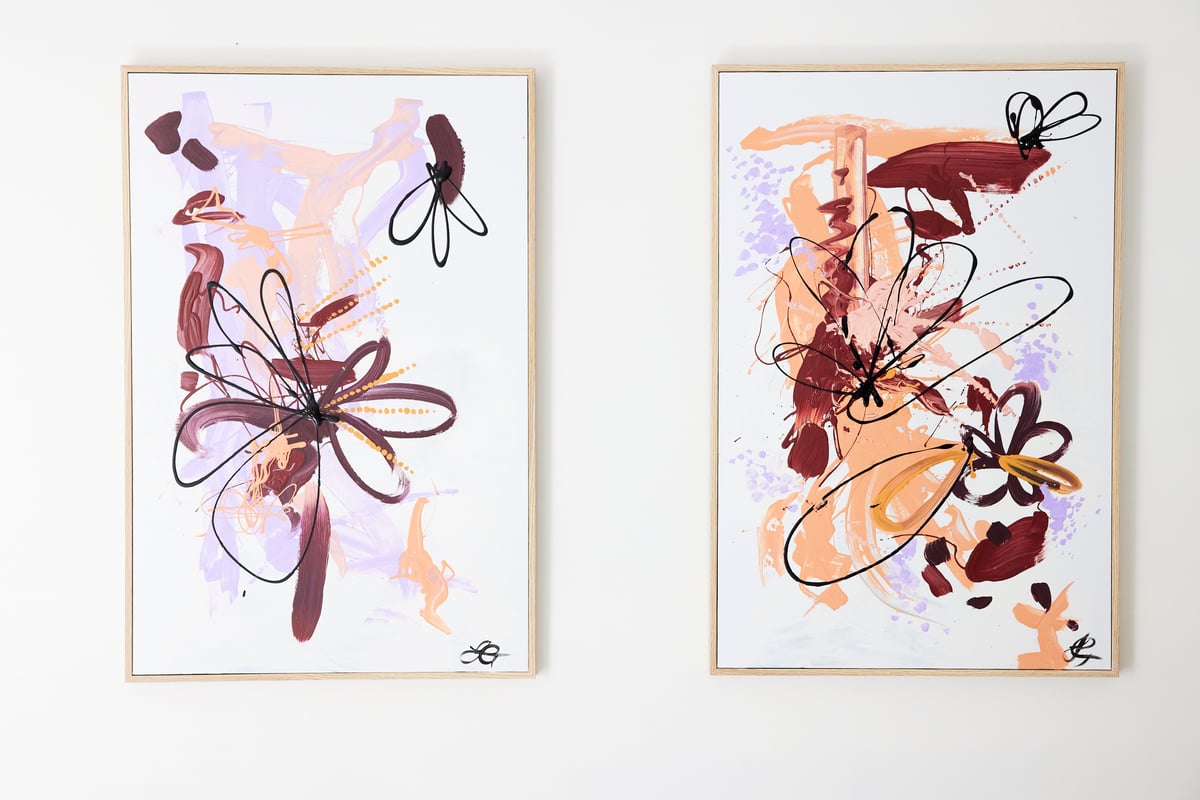 The judges' scores are tallied, and Kirsty and Jesse win.

With the top points in the challenge, Kirsty and Jesse win the ability to decide which home they will renovate in the Hampton cul-de-sac.

Reply
Upvote
The budget is 5 grand, seriously? Are they including the cost of labour in that? Because (apart from the window) I'm not sure I see where the money is going.  I have no problem with them using op shop finds - in fact I'd love to see more of it! But that wardrobe is very cheap looking. The twins might be big fans, but if they've never renovated before, I think they might be at a big disadvantage.
News
General
Opinion
True Crime
Politics
Sport
Explainer
Entertainment
Celebrity
Reality TV
Movies
TV
Books
Rogue
Royal
Lifestyle
Beauty
Fashion
Weddings
Home
Wellness
Health
Fitness
Travel
Food
Parents
Before The Bump
Pregnancy
Baby
Kids
Teens
School
Parent Opinion
Work & Money
Money
Finance
Career
Lady Startup
Relationships
Sex
Dating
Separation
Friendship
Family
Real Life
Couples