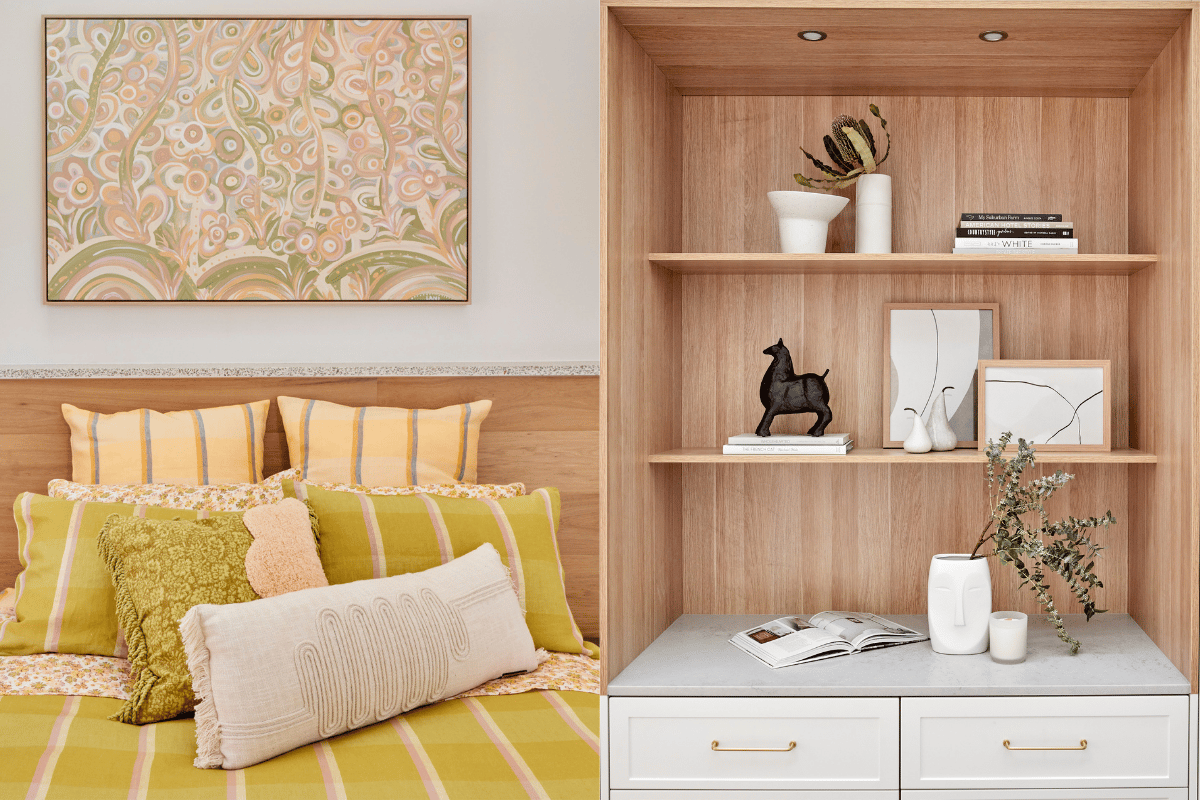 We're one week into The Block Fans V Faves, and Josh and Luke are already pushing the boundaries.

This week, the former Love Island contestants decided to abandon their work site... to go out clubbing. ¯\_(ツ)_/¯

After returning to their work site at 9.45am the next day, the Sydney twins were breathalysed by Foreman Keith and forced to step back from their site until they sobered up.

The duo also broke a major rule on The Block by staying in a hotel, rather than sleeping at their work site.

Meanwhile, in a new segment on the reality show, Foreman Keith and Foreman Dan completed defect reports on the five homes.

While Ronnie and Georgia's home passed with flying colours, the other homes had a few concerning defects.

Despite all the drama, all five teams – including a slightly dusty Josh and Luke – delivered their rooms.

Here are all the photos from The Block's guest bedroom room reveal:

Ronnie and Georgia first appeared on The Block in 2017 in the Melbourne suburb of Elsternwick.

After finishing fourth in the series, the couple now renovate and flip houses for a living.

This week, the Perth parents spent $11,305 on their guest bedroom.

Upon entering the room, the judges loved the high ceiling and the styling throughout.

"This shows how you can deliver a neutral room, but keep it interesting," Neale added.

However, when opening the wardrobe, Darren discovered a problem. The wardrobe doors opened... awkwardly, resulting in a few lost points for the couple. 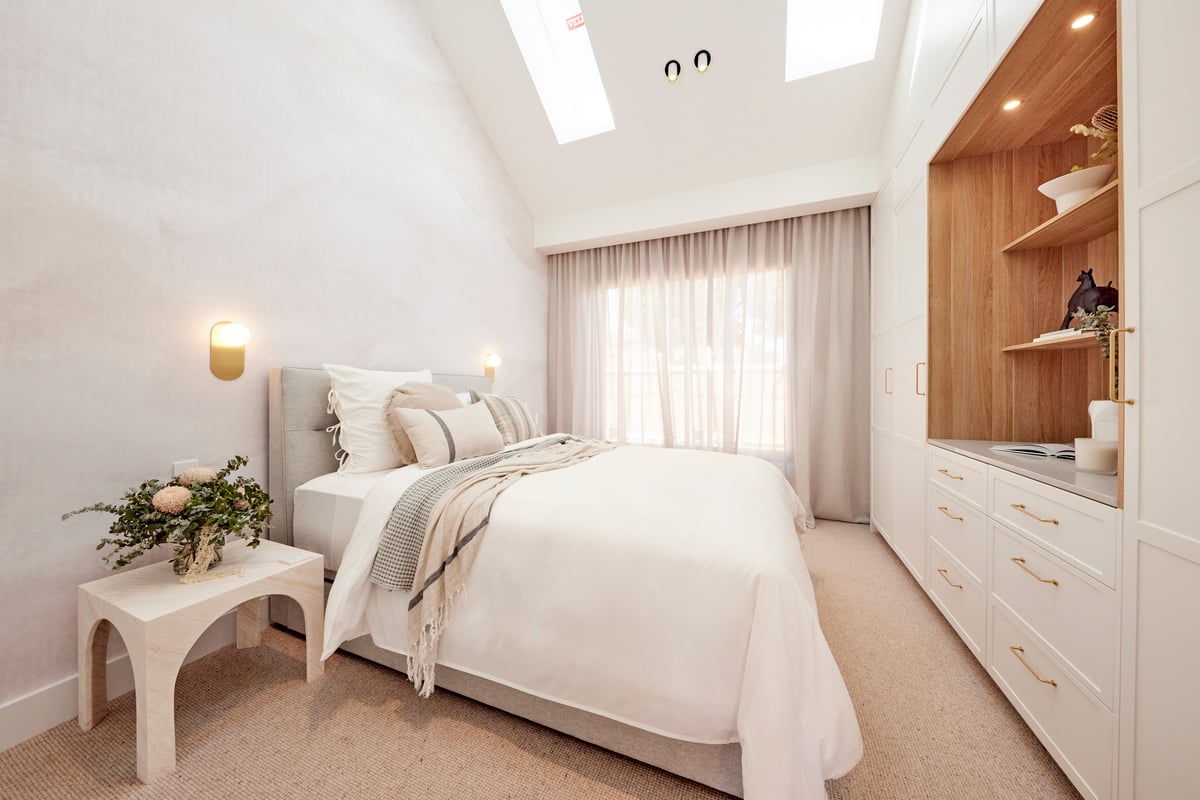 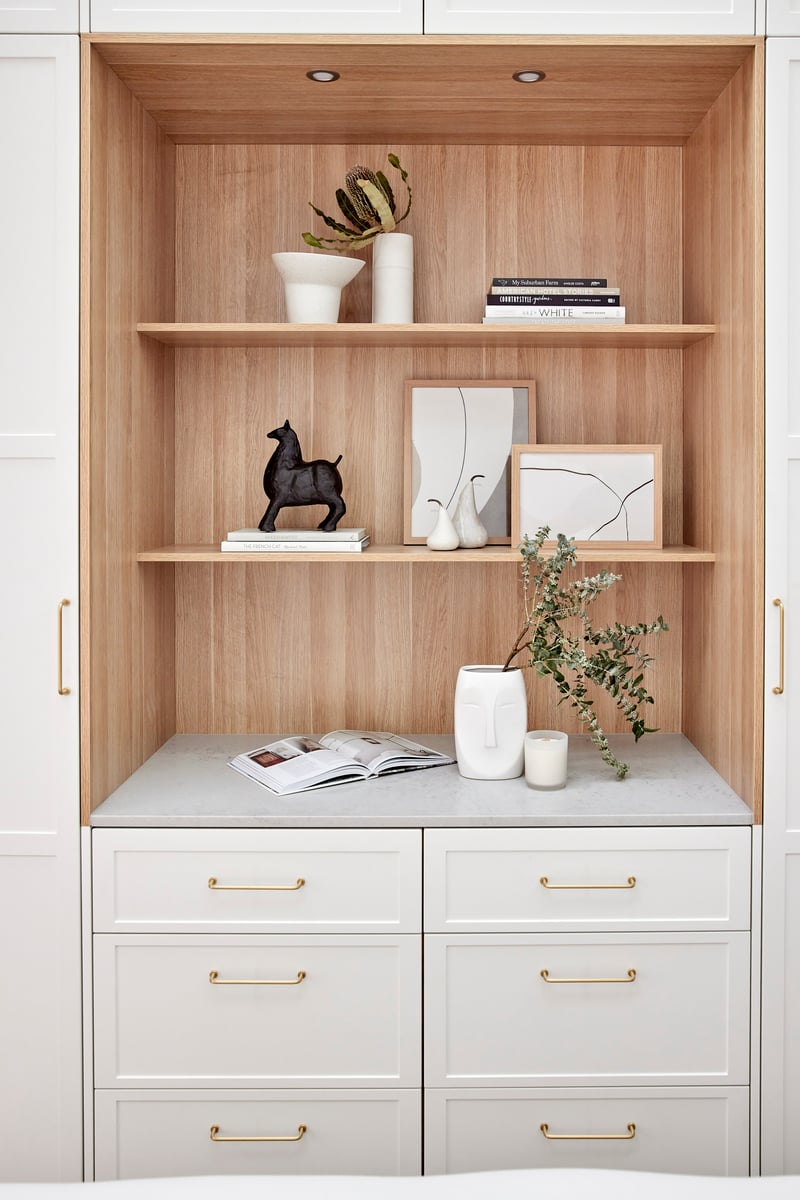 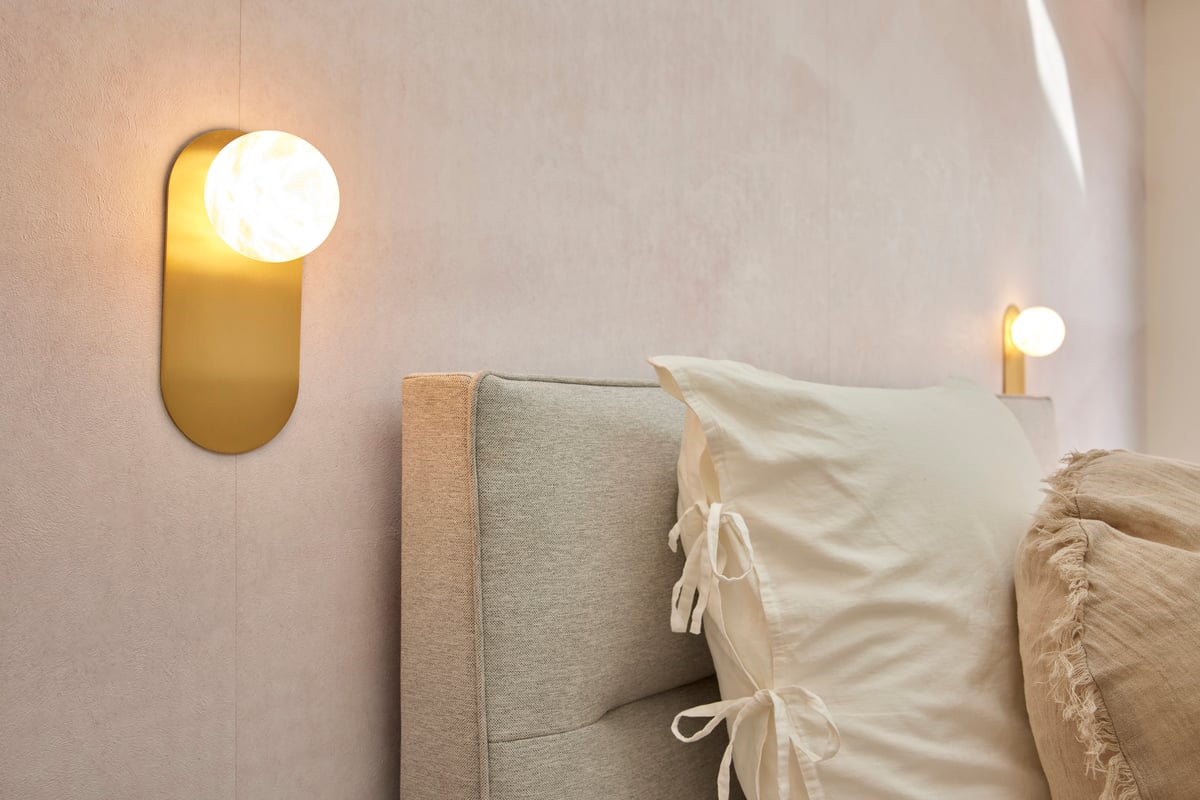 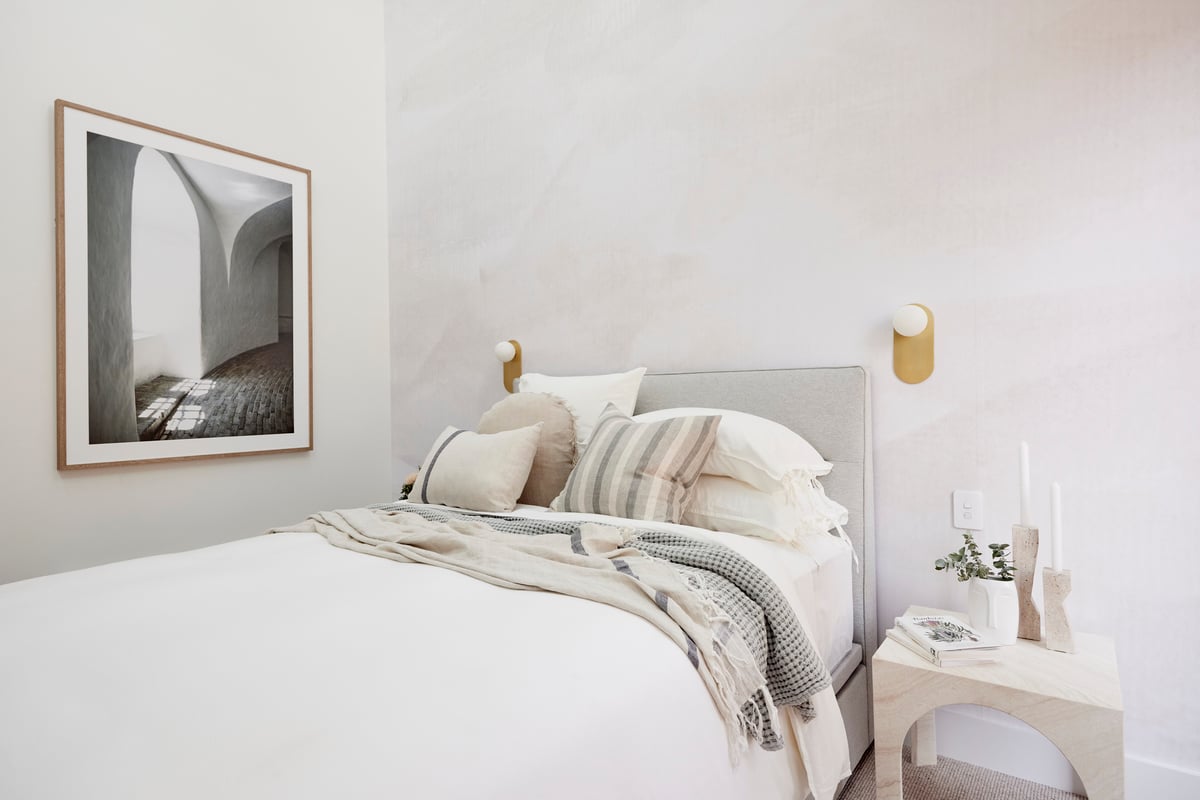 Mitch and Mark were up next.

The Sydney couple previously competed on The Block in 2019 at The Oslo in St Kilda, meaning they have a lot of experience in renovating.

Although Mitch and Mark came third in their season of The Block, the grandparents are hoping to take the crown as winners this season.

But despite their experience in renovating and flipping houses, the judges weren't impressed with the size of the room.

Shaynna also pointed out that the candle on the bedside table was a fire hazard, while Darren and Neale thought that the room was "bland".

"It's not the detail that I would have expected from Mitch and Mark," Darren said.

Neale agreed, adding: "I really like Mitch and Mark, and I was really excited to hear that they were back on The Block. But I feel that this room is quite generic, and that is a word that I would have never ever used for Mitch and Mark." 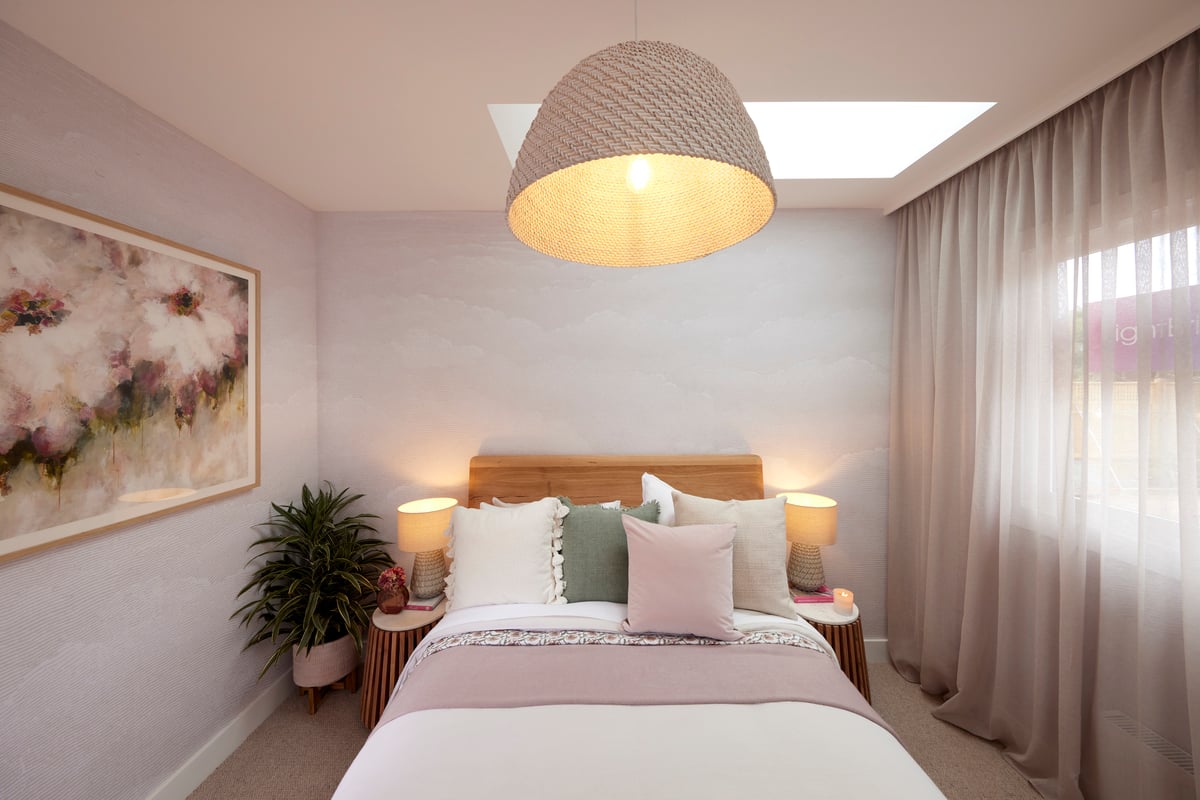 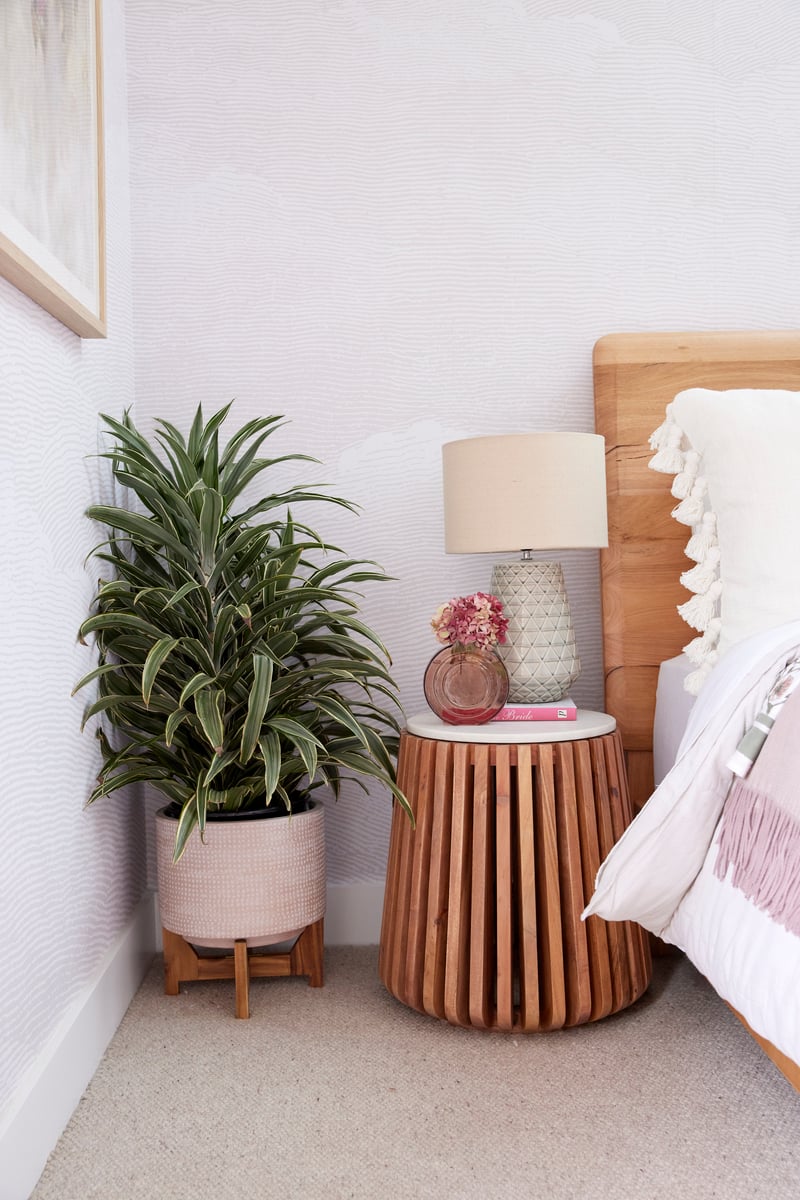 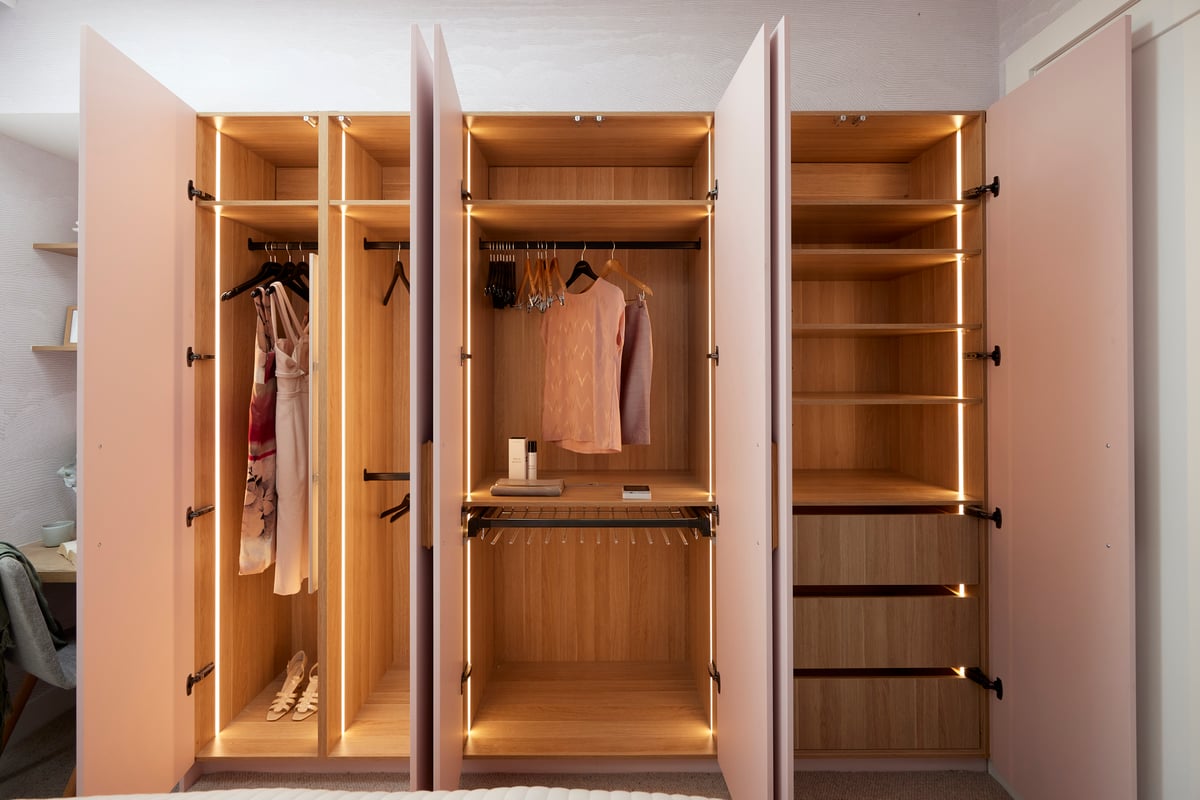 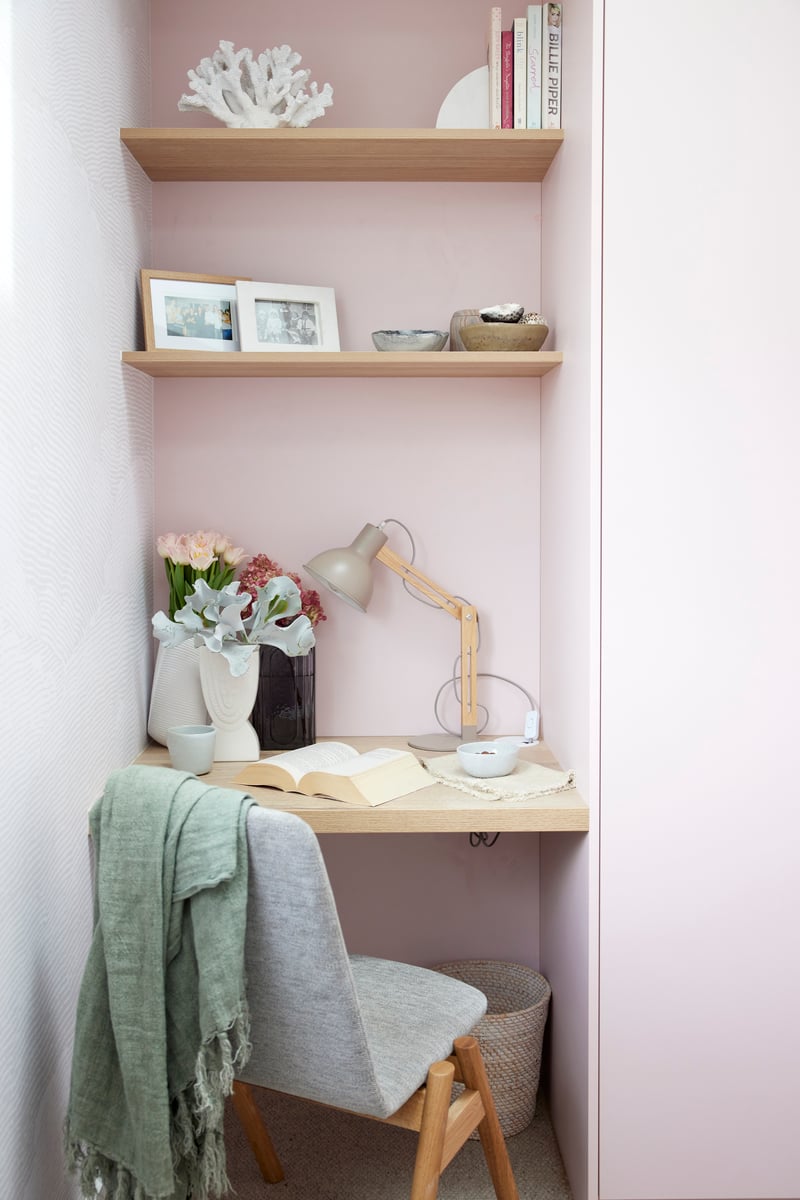 Melbourne parents Tanya and Vito, who spent $14,199.98 on their guest bedroom, were the next pair to face the judges.

Upon entering the room, the judges thought the bedroom didn't have enough storage.

As for the foreman's report, there were lots of defects in Tanya and Vito's guest bedroom.

"I see most of those issues lingering on," Darren said. "Those skylights are out of whack. That's huge."

However, the judges also saw a lot of positives in the room's styling touches. 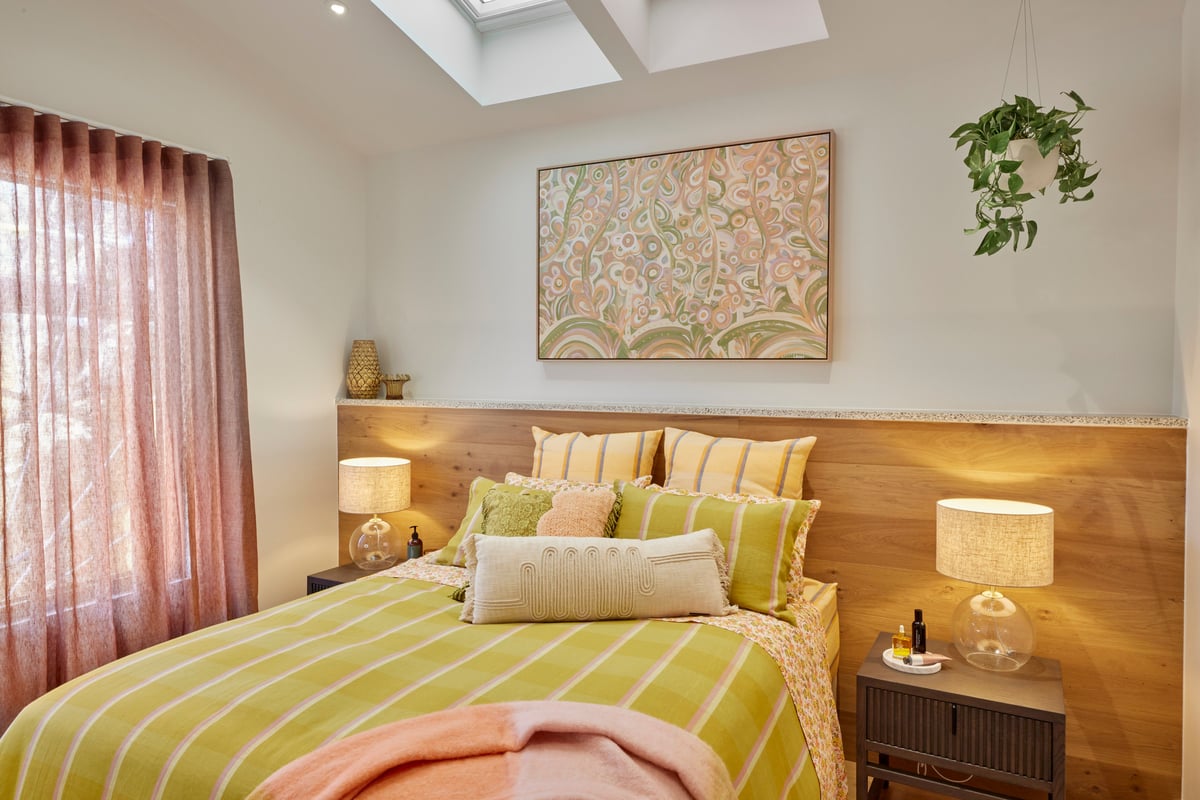 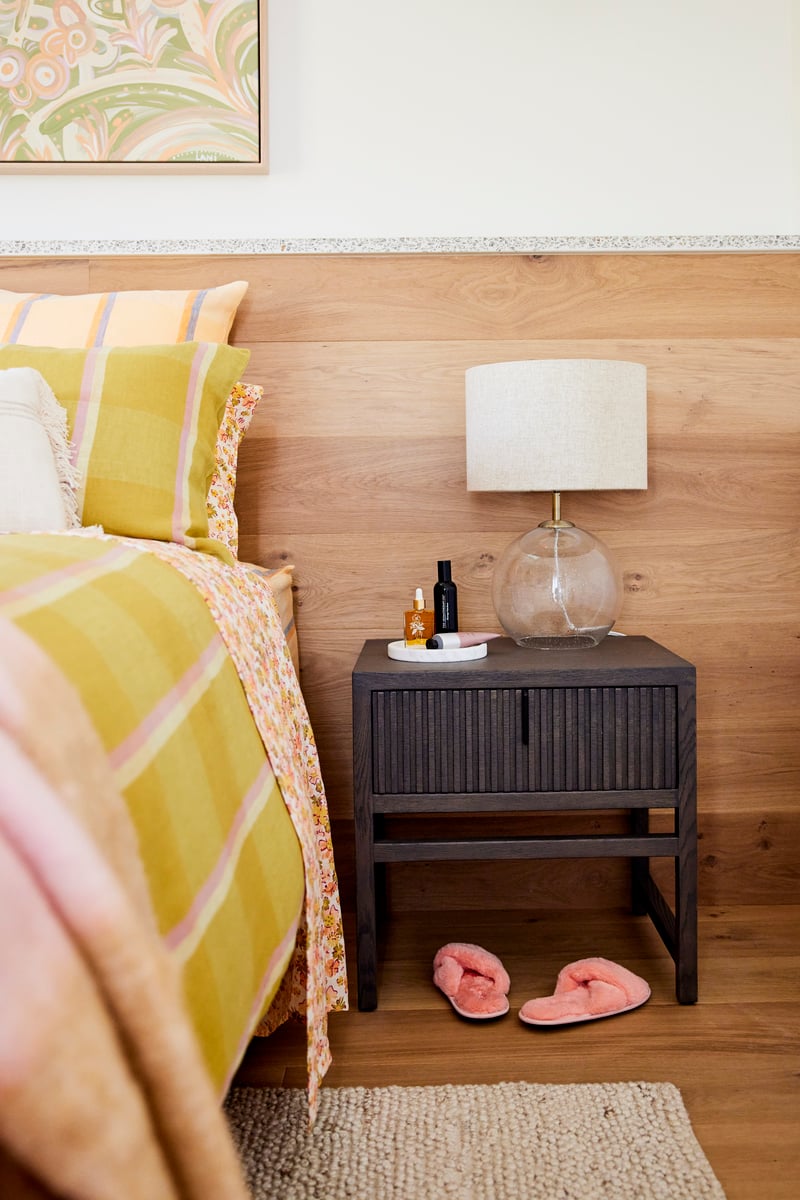 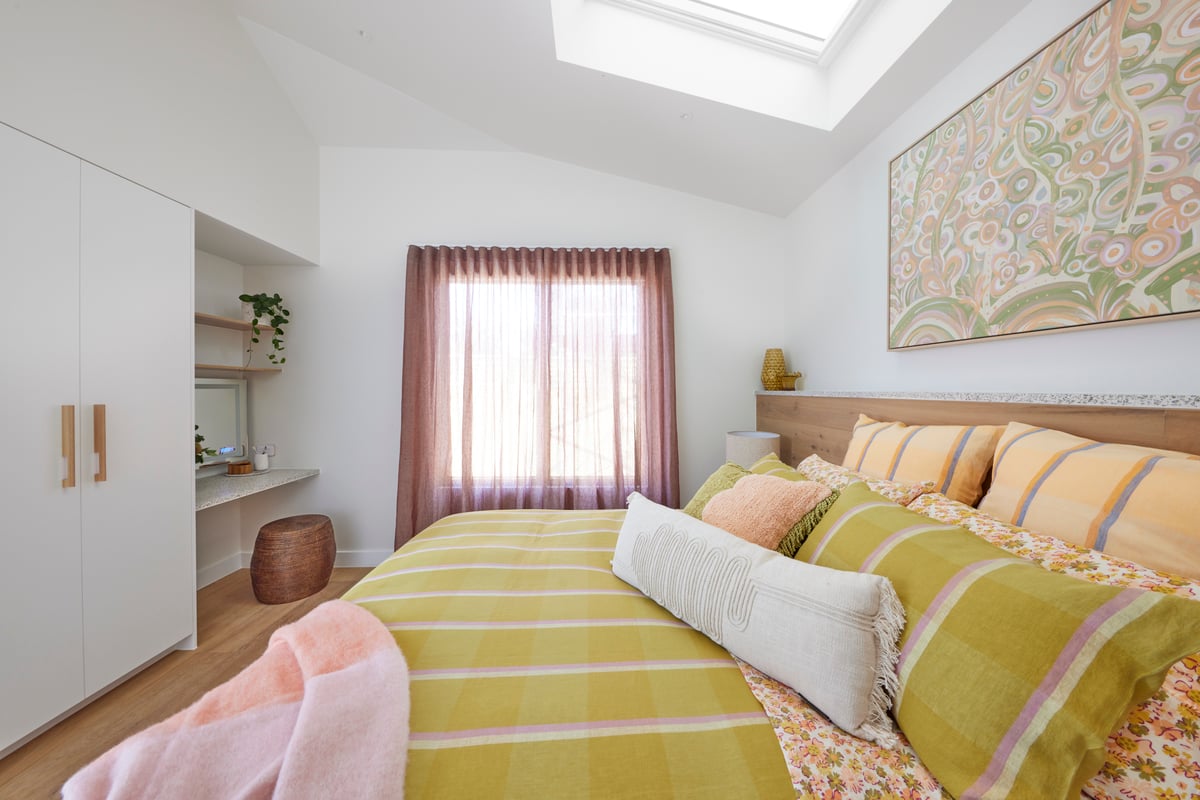 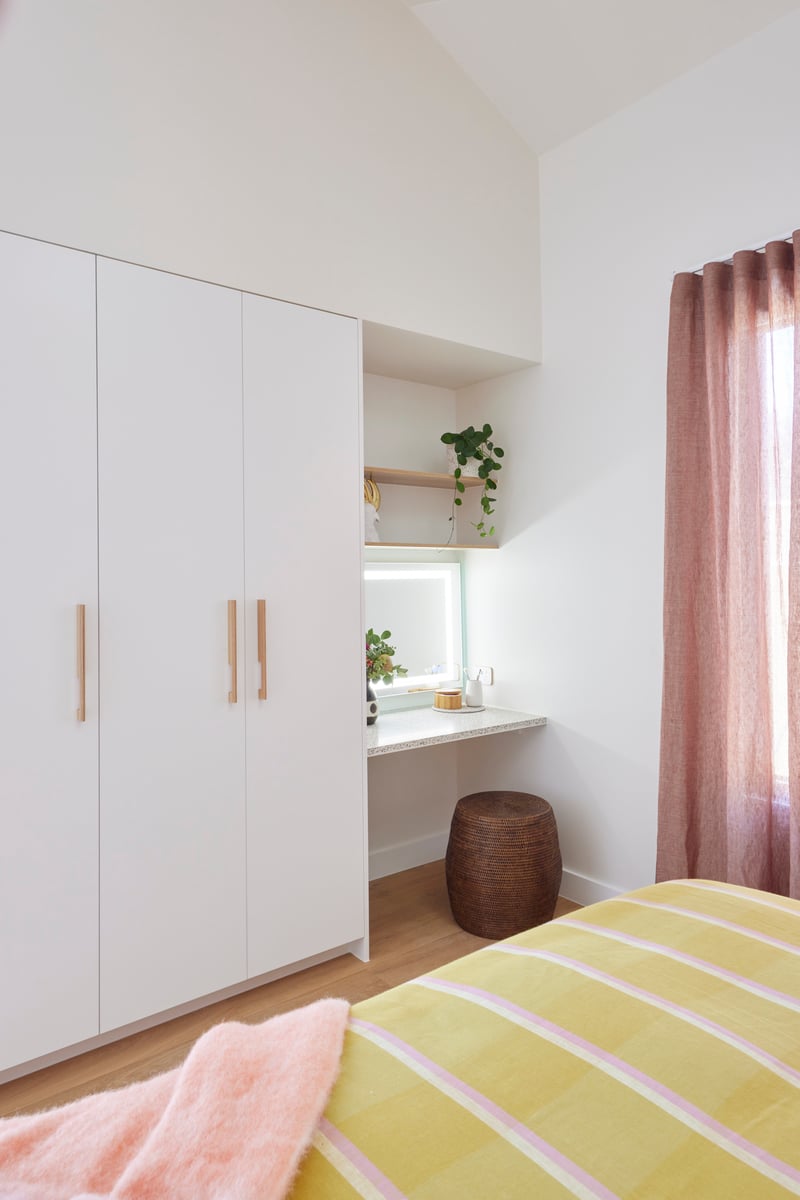 Next up were Love Island Australia's Josh and Luke.

Although the Sydney twins sheepishly returned to their work site late after spending the night clubbing, they somehow managed to deliver their guest bedroom to the judges.

And against all odds, the judges were impressed.

"This is way better than what we saw last week," Darren said.

Despite this, the judges clashed over Josh and Luke's glass Kinsman wardrobes.

"I hate it," Shaynna said, adding that the wardrobe reminded her of a bachelor pad.

But Darren and Neale disagreed.

"There's so much in here that I like," Darren said. 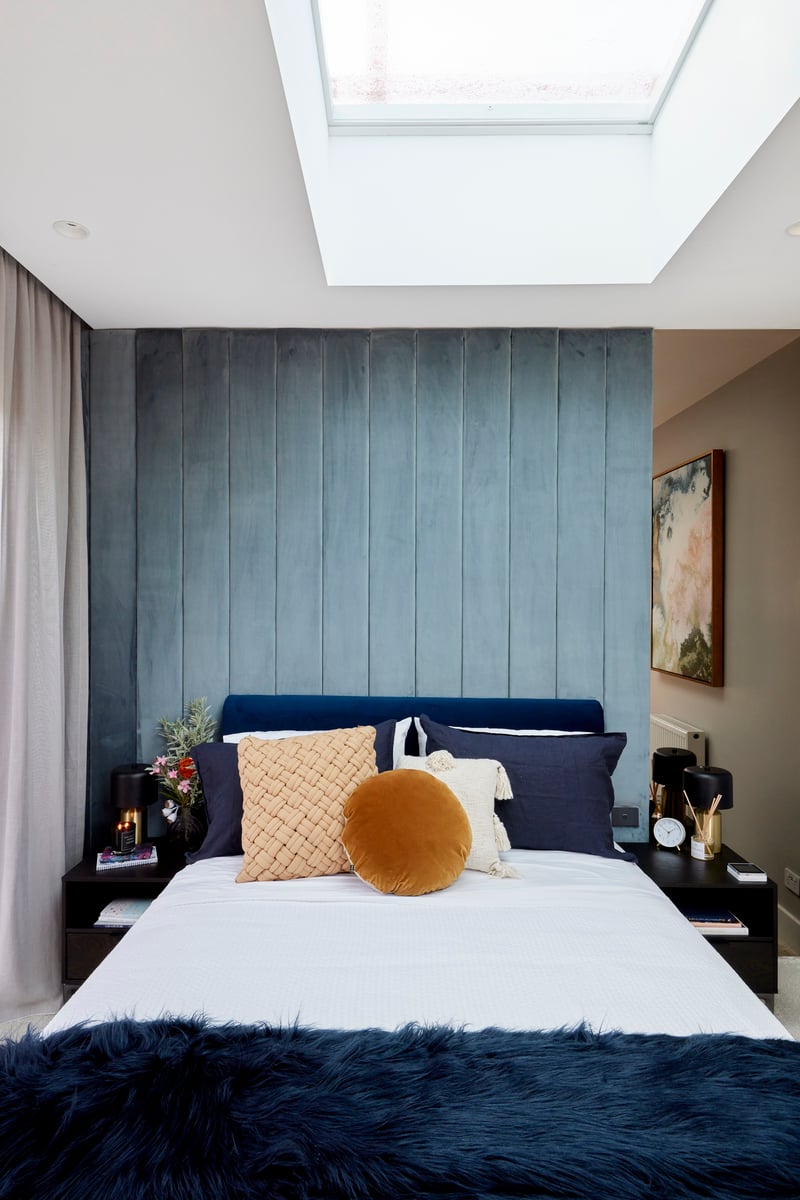 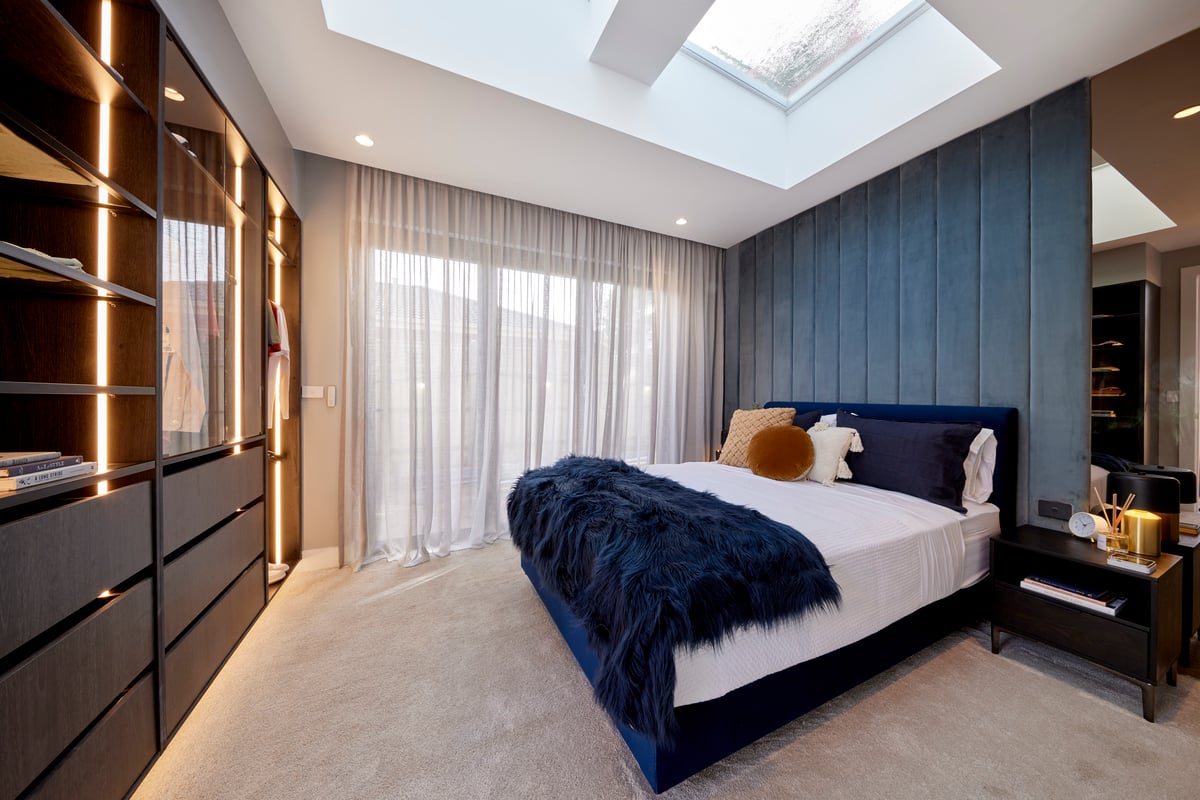 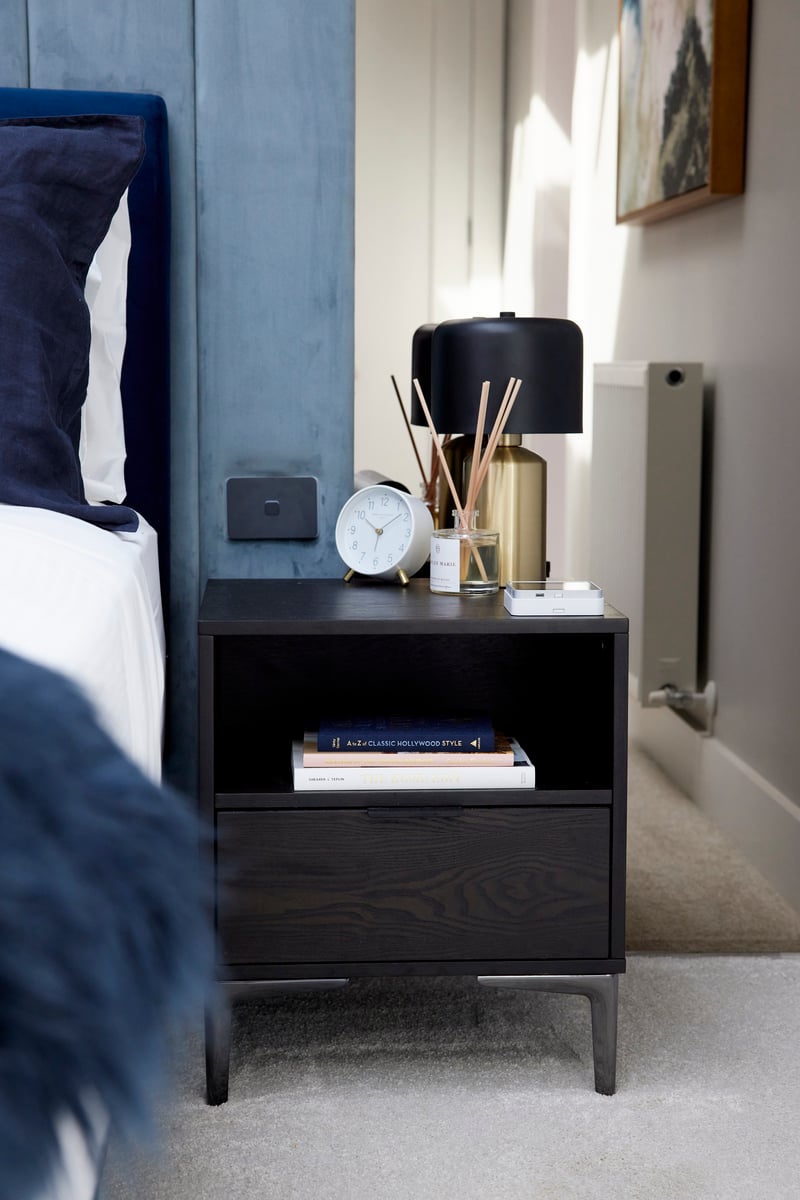 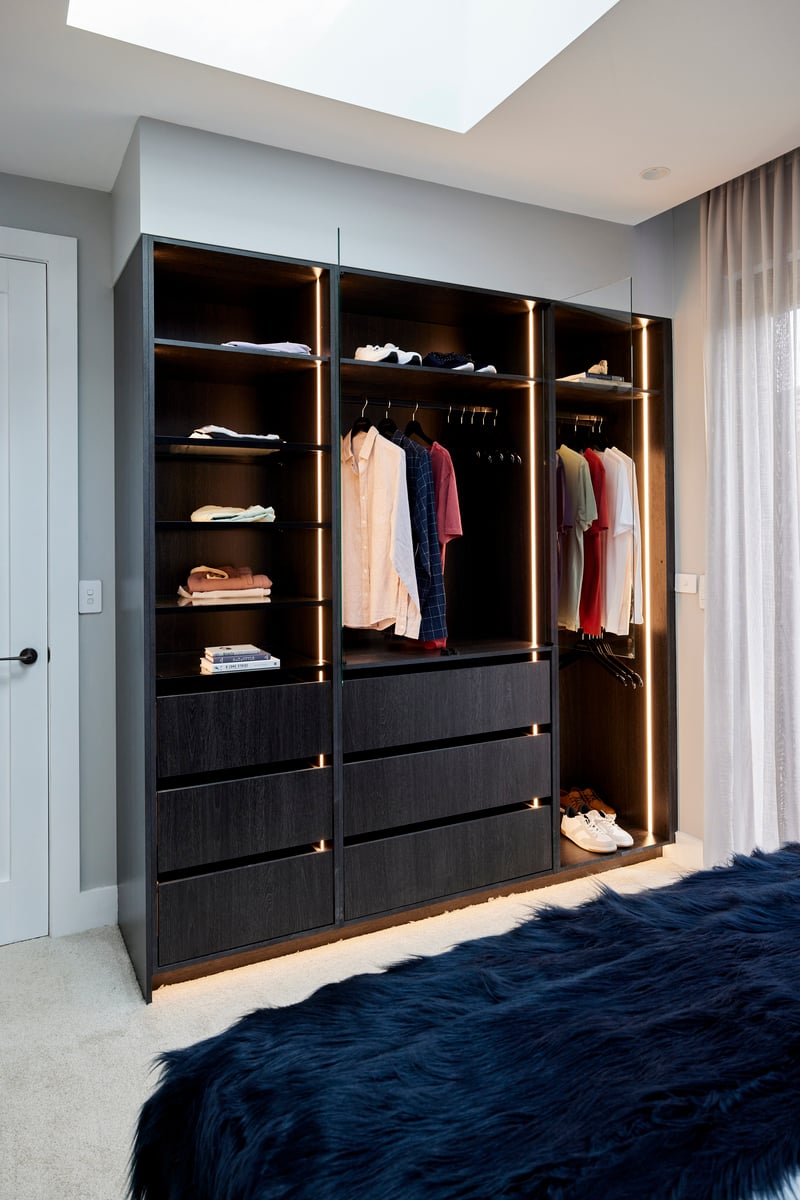 Finally, the judges checked out Kirsty and Jesse's guest bedroom.

From the soft blue walls to the plantation shutters, the judges loved the styling in the bedroom.

"It's traditional Hamptons in Victoria and I think that's going to big on people's lists of wants when they're buying in this area," Shaynna added.

However, Neale thought the wall opposite the bed was too blank, adding: "It's a blank expanse of nothing."

Regardless, the judges were impressed with the walk-in robe, which the other guest bedrooms didn't have. 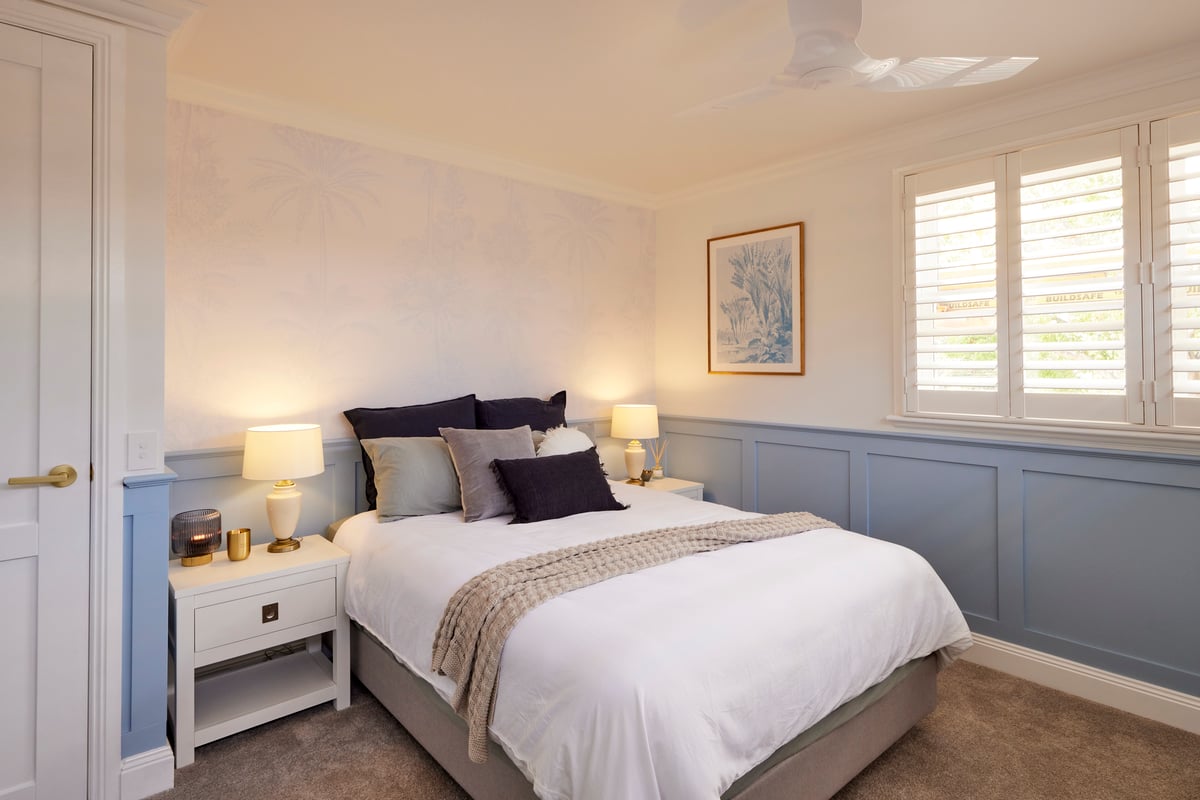 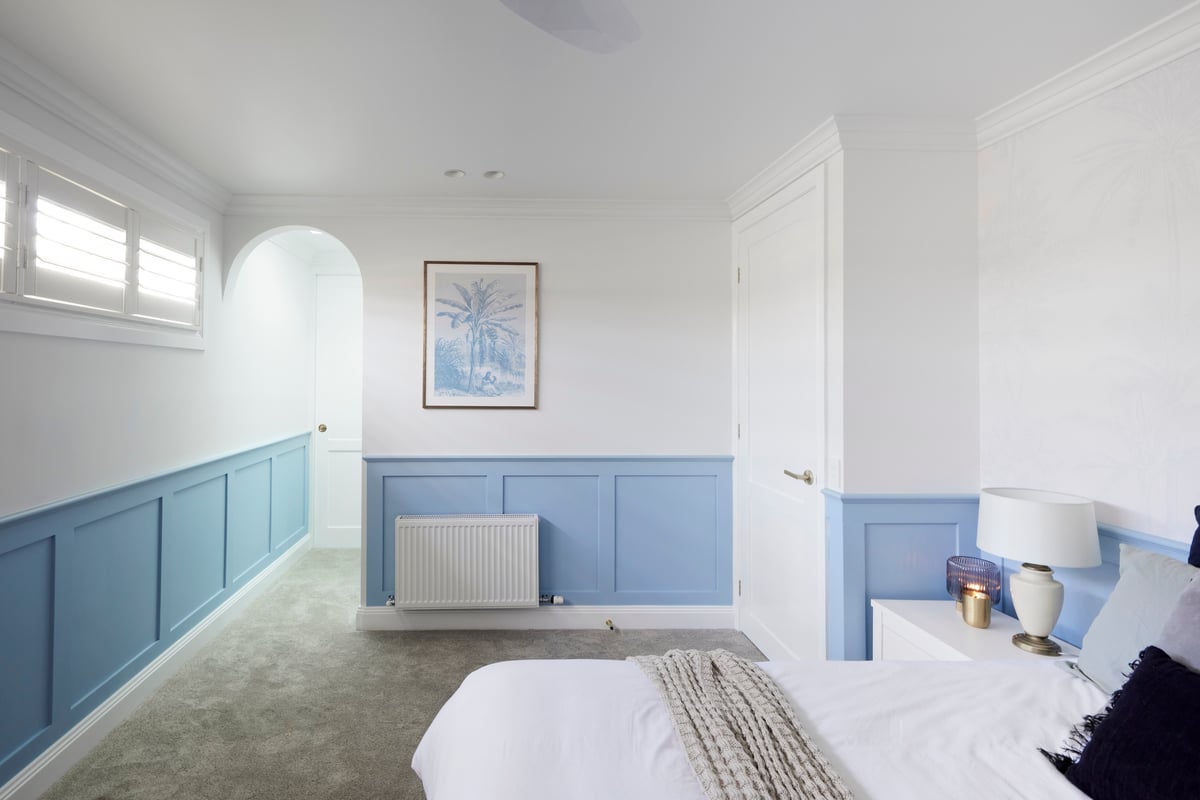 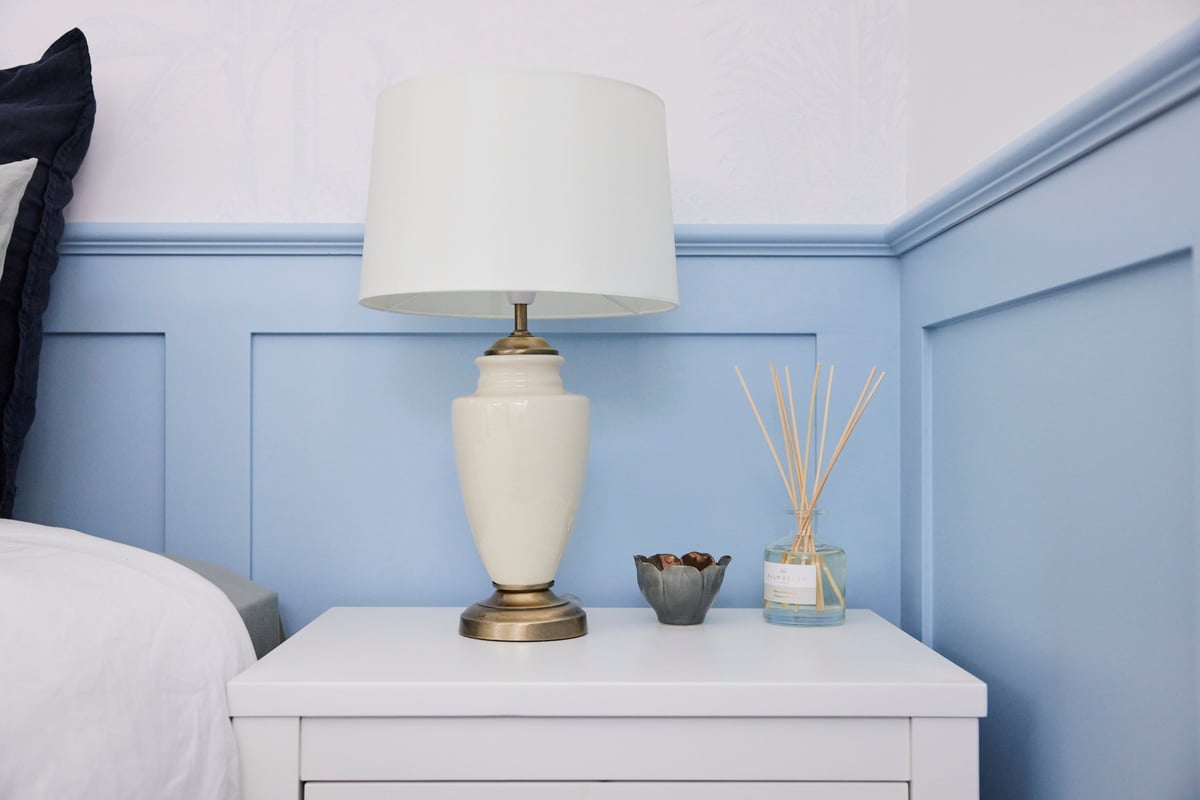 The judges' scores are tallied, and Ronnie and Georgia win. Somehow, despite going clubbing and spending the night in a hotel, Josh and Luke land second place.

Next week, the teams will work on their guest bathroom.