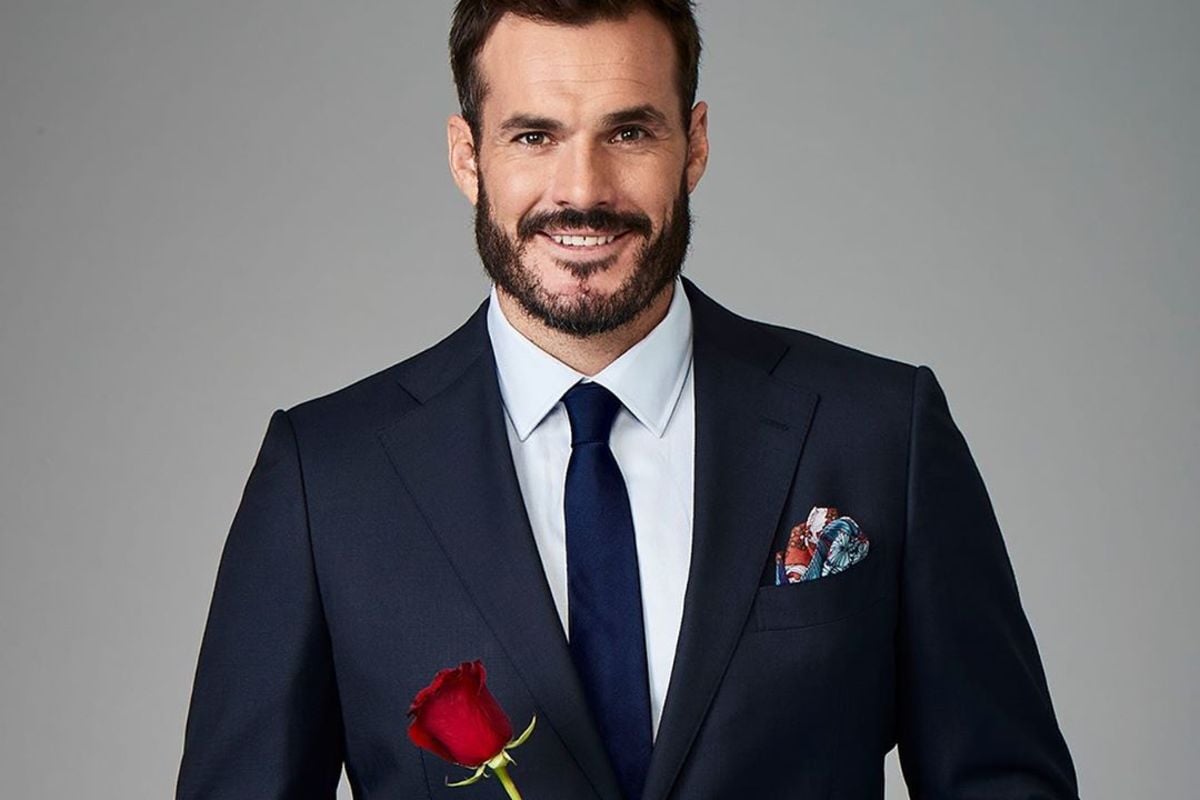 1. It looks like Locky Gilbert's season of The Bachelor Australia will premiere next month.

After months of anticipation, The Bachelor Australia 2020 is hitting our screens soon. Really soon.

Locky’s looking for a special partner to share these crazy adventures with ❤️.

When COVID-19 hit earlier this year, Channel 10 announced that this season would be postponed. And since then, we've been given no updates about the upcoming series. Until now...

Channel 10 has finally shared that cast and crew can now return to filming in Oxford Falls, Sydney.

"We were three-quarters of the way through the series when we went into lockdown, and basically all the cast returned home," Stephen Tate, the network's Head of Entertainment, told The Australian.

"So we would find ways for the show to continue in the same way that dating continues in the wider world... We call it 'Love in Lockdown.' They continued to date virtually, both as single dates and as group dates."

Now that filming has resumed, it's believed this year's suitor, Survivor's Locklan ‘Locky’ Gilbert, can see the contestants in person again.

Sadly, we haven't been given an exact date for the show's premiere but from what we've heard, we can assume it will begin once Bachelor in Paradise finishes at the end of August.

2. "He throws people under the bus." Big Brother's Marissa on what we didn't see on the show.

Last night's eviction on Big Brother was between Marissa and Kieran, and sadly, Marissa got a unanimous vote.

Now, following her eviction, the 61-year-old has opened up about what we didn't get to see on the show, sharing a confrontation she had with fellow contestant Daniel Gorringe.

Speaking to the Daily Mail, Marissa explained that Daniel confronted her after he heard that she was speaking about him behind his back.

Fellow housemate Chad Hurst first spoke to Daniel and told him, "You know what else old mate was saying about you? What kind of 27-year-old mopes and cries about a video call from his ex-girlfriend?"

Marissa shared that Dan then confronted her about the comment, which wasn't aired on the show.

"People are just saying whatever they want to say to make somebody else upset or to get rid of someone and to stay in the game."

During an interview on Sunrise, Marissa also shared how she feels about Kieran, who narrowly escaped eviction on Monday night.

"I sort of felt that I was going to go that day, because the cockroach will live on and on and on, and that’s Kieran," she shared on Sunrise.

"He's like your 14-year-old brother who leaves his towel there and doesn’t wash up properly," she added.

"Kieran just throws people under the bus and then runs around and does nothing. He knows I call him a cockroach, he even calls himself a cockroach... No bug spray will ever kill Kieran."

Listen to The Spill, Mamamia's daily entertainment podcast. In this episode they discuss Kelly Rowland's career. Post continues below.

3. "There is actually a purpose." MasterChef's Poh has explained her bizarre oven-staring habit.

Throughout this season of MasterChef, all eyes have been on fan-favourite Poh Ling Yeow.

Poh's eyes, on the other hand, have been fixed on her oven.

During the challenges, the now eliminated chef, would crouch down in front of her oven and stare longingly at her dish being cooked. 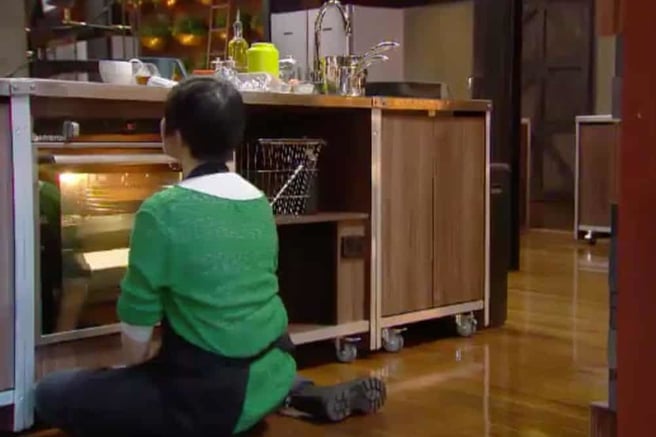 But it turns out there's actually a really good reason behind it.

"Everyone says – are you trying to make it cook faster?" the Adelaide chef told The Project on Monday night.

"There is actually a purpose to it, because I’m watching to see if I need to crank it up," she explained.

"If I see it’s browning too much, I lower the temperature again. So I’m actually watching to see how I can keep adjusting, because of course, the time frames are always a little bit unrealistic. So I am actually… I am actually doing it for a reason."

So there we have it. Poh's oven-staring habit makes a lot of sense after all.

4. Oh. It turns out Kanye West hasn't actually registered his name for the upcoming US election.

Over the weekend, Kanye West announced he was running for the President of the United States in the upcoming November election on Twitter. And of course, people had some things to say about it.

But now it looks like the singer hasn't actually got around to registering his name for the election after all.

BBC News reports that the only candidate that bears the name Kanye West is actually a joke bid for someone named "Kanye Deez Nutz West". The individual filed their papers with the Green Party in 2015 under the address "1977 Golddigger Avenue, Suite Yeezus" and hasn't raised any money so far.

It also appears that Kanye has missed out on a number of deadlines and his name won't be included on the ballot in six states.

According to Ballotpedia, the 43-year-old failed to register as an independent candidate in North Carolina by March 3, Texas by May 11 or New York by May 26. He also missed the June deadlines in Maine, New Mexico and Indiana.

That said, he can still register before the July deadlines in states such as South Carolina, Florida, Missouri, Colorado and Michigan. Voters may also have the option to write his name on the ballot paper themselves as a write-in-candidate, but the legality of this varies from each state.

It looks like Kanye will have to make a move soon if he wants to run for President.

5. 'I couldn't prioritise my career.' Inside Russell Crowe and Danielle Spencer’s relationship.

In 1989, on the set of The Crossing, a 24-year-old Russell Crowe met 19-year-old on-screen girlfriend Danielle Spencer and fell in love. 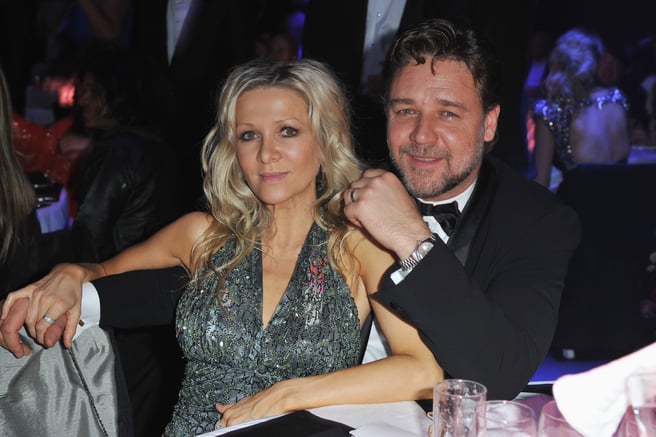 What followed was a relationship that would span two decades, two kids and two high-profile breakups.

"We came out of that relationship after a few years with no animosity, it was just circumstance," Danielle told the Daily Mail in 2010 of their first split.

"Russell was very ambitious and very set on moving to Hollywood, but I was younger and working on music as well as acting in Sydney, so I wasn’t ready to take the plunge. We were both too young to settle, but we always stayed in touch – and a strong friendship is a great basis for a relationship."

They eventually rekindled their relationship and married in 2003 on Crowe's 39th birthday.

On the eve of their nuptials, Crowe gave a very frank interview to the Sydney Morning Herald, revealing that their wedding had been designed out of respect for their families, before they started trying for a baby.

"We thought the two of us, considering the ages that we are, at least owed our parents a public marriage," the actor said.

"My mother's been hoping for this to happen since the day I turned 16."

Following their wedding, the couple had two sons, Charlie, now 16, and Tennyson, 14.