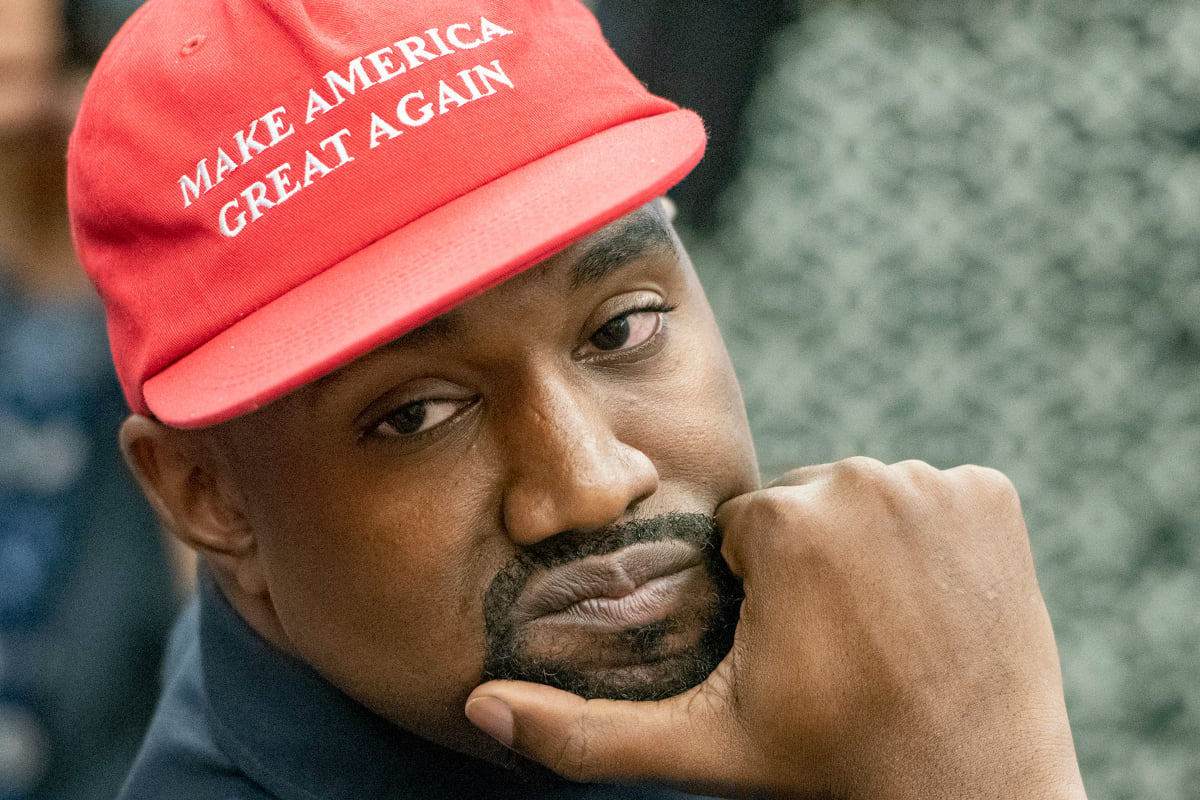 Kanye West has announced he will run for President of the United States in the upcoming November election.

"We must now realize the promise of America by trusting God, unifying our vision and building our future. I am running for President of the United States," the 43-year-old wrote, followed by the hashtag "2020VISION" and the American flag emoji.

Yep, that was the entirety of his announcement for the election, which is just four months away.

The rapper chose Independence Day, July 4, to make his surprise declaration, although it's not the first time he has announced his political ambitions.

The father of four first revealed his intention to run for president when he accepted the Michael Jackson Video Vanguard Award during the 2015 MTV Video Music Awards. He later said he was serious about running, but that he wouldn't do so until 2024.

It seems he has had a change of heart though, and will apparently challenge Donald Trump and Joe Biden in November. However, it remains unclear if he plans to follow through with his statement.

Watch: Kim Kardashian responds to Kanye's presidential aspirations in a 2015 interview on The Ellen Show. Post continues below.

Video via The Ellen Show

Billionaire Elon Musk was among West's supporters, tweeting in response: "You have my full support!"

You have my full support!

Others responded to West's declarations with more scepticism.

Here is how the world is reacting to the unexpected news.

Imma let you finish but no.

Can someone even check if Simpson's have an episode of foreseeing Kanye as President?😂 #Kanye2020 pic.twitter.com/oAEgy8CizO

and can @elonmusk be your VP? pic.twitter.com/VOGv4gxjeT

Everyone: please let July be a good month

kanye west running for president, every month of 2020 just keeps getting crazier, i am convinced this year isn’t even real pic.twitter.com/NeQfVDjDTb

Knowing americans, i wouldnt be suprised if kanye west does get elected for president #2020Vision pic.twitter.com/rg4sTRtDlX

kanye west is running for president....which could make kim kardashian the first lady...i want OUT of this country no joke pic.twitter.com/53BwHpW9PM

What do you think about Kanye West's surprise announcement? Let us know your thoughts in the comments.

Reply
Upvote
5 upvotes
I mean, at this point, why not?
R
redballoon 2 years ago

Reply
Upvote
2 upvotes
@laura__palmer Nooooo don't give up on reality yet! I mean, I know it's  tempting but Kanye is just a step too f*ucking far.
C
cat 2 years ago

Reply
Upvote
1 upvotes
@redballoon Trump was too far, once you’re over the line what does a sideways shuffle matter?
S
sara78 2 years ago

Reply
Upvote
2 upvotes
If President Trump somehow can't win reelection then Kanye would be a great second choice. Anyone but friggin Biden! Our history is being erased by radicals and Biden would do nothing to stop them.
L
laura__palmer 2 years ago

Reply
Upvote
6 upvotes
@sara78 How is history being erased? I mean, commemorative statues to slave holders, for example, is actually history being erased. Being honest about who these people were and the fact that all western countries are built on the backs and with the blood of POC is honouring history.
M
michael 2 years ago

Reply
Upvote
2 upvotes
@laura__palmer "western countries are built on the backs and with the blood of POC" is not true. Picking cotton is not building america.
G
guest2 2 years ago

Reply
Upvote
2 upvotes
@laura__palmer Some history lessons wouldn't go astray, when protestors are tearing down statues of non slave owners and abolitionists alike.   Unfortunately, the slave trade has existed for thousands of years and was not restricted to POC, nor to western countries.
R
redballoon 2 years ago