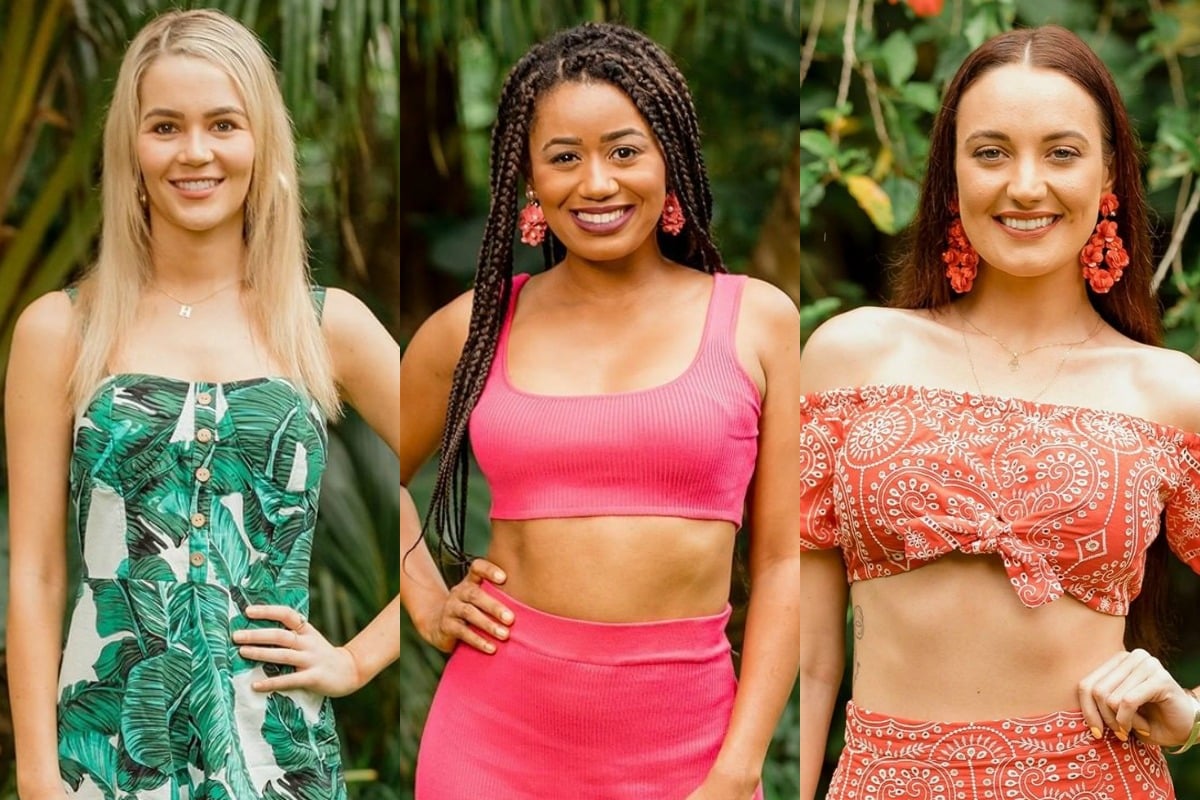 1. Get out the mango daiquiris: The first Bachelor in Paradise contestants have been announced.

With less than two weeks to go until Bachelor in Paradise returns, Channel Ten has finally given us a look at the first batch of contestants heading into paradise. And we have never been more excited.

BOOM! Here's your first look at the FULL cast stepping foot into Paradise when we premiere 7.30 on Wed July 15. And guess what? This is JUST the beginning. Comment with who else you want to see this season! #BachelorInParadiseAU

A post shared by  Bachelor In Paradise Australia (@bachelorinparadiseau) on Jul 5, 2020 at 2:30pm PDT

Channel 10 announced the exciting news in a new promo video on Instagram on Sunday. And it looks like she's already attracted the interest of Jamie Doran.

Every tropical paradise needs its Queen and lucky for you we've find a rightful heir. She's coming in hot (like there's any other way!)... it's Keira! #BachelorInParadiseAU starts 7.30 Wed July 15 on 10.

A post shared by  Bachelor In Paradise Australia (@bachelorinparadiseau) on Jul 4, 2020 at 3:11pm PDT

For more on this season's Bachelor in Paradise cast, read our earlier article here.

2. "I couldn’t make it work.” Married At First Sight's Michael on his split from KC.

Over the weekend, Married At First Sight's KC Osborne announced she and Michael Goonan had broken up after five months together.

"It is with sadness that I have chosen to end my relationship with Michael. It's been almost five months and a relationship that I will always hold in my heart. Michael became my best friend and five months felt like a lifetime while isolating," the 31-year-old wrote on Instagram.

Now, Michael has shared the reason the pair decided to go their separate ways.

Speaking to Nova 100's Chrissie Sam & Browny this morning, Michael explained that him and KC struggled with their relationship during lockdown.

"To be honest it has a bit hard dating in isolation, we sort of were in each other’s company the whole time. I got straight off MAFS and sort of wanted to sort keep my head down, just work, that’s what I did. I couldn’t make it work," Michael said.   ﻿

Browny then asked if Michael was back drinking, as that was an issue his on-screen wife, Stacey, bought up during MAFS.

"No I haven’t really been out, lockdown was there, it had nothing to do with that at all, it was just a clash of personalities and both wanting to go in a different direction in our lives. I wish it was that simple."

Michael went on to explain that their breakup has actually been quite amicable.

"﻿Let’s be honest, this is the best sort of breakup I’ve had. It’s very amicable, we are still good mates, she leaves tonight, we’ve spent a couple of nights together still."

Here's hoping they both find what they're looking for.

3. "I had zero interest." Brittany Hockley on her tough decision to join Bachelor in Paradise.

After months of anticipation, the first batch of Bachelor in Paradise contestants have finally been announced.

Ahead of the new season, which is premiering on July 15, contestant Brittany Hockley has shared that she initially turned down her role on the reality show.

Speaking to The Sunday Telegraph, Brittany admitted that her experience on Nick 'The Honey Badger' Cummins' season of The Bachelor made her wary about appearing on Bachelor in Paradise.

"I said no right up until the last minute you could possibly say yes," the 32-year-old shared.

"After my season, it was a hard no — there was no way I was mentally ready to go and deal with that again, I just had zero interest in it and I thought 'I just need to get myself back on track'."

After speaking to her sister, the podcast host shared that she eventually changed her mind.

"I think I felt like my personality was a little bit subdued on The Bachelor, I don’t think people really got to see who I was," she said.

As for Brittany's time on the upcoming reality show, Channel 10 has teased one of the first couples to be Brittany and Timm Hanly, who was the runner-up on Angie Kent's season of The Bachelorette.

Bachelor in Paradise is premiering on July 15 at 7.30pm on Channel 10.

4. "I don't understand it." MasterChef's Chris Badenoch responds to the backlash against Laura Sharrad.

Throughout this season of MasterChef Australia, contestant Laura Sharrad has faced endless criticism and backlash from viewers.

The Adelaide-based chef, who previously appeared in season six of the reality show, has been criticised by some viewers for cooking the thing she's best at cooking... because, you know, she's trying to win a cooking competition.

Now, in an interview with news.com.au, fellow contestant Chris Badenoch has defended Laura.

"Reece has made a thousand f*cking tarts, but he doesn’t get hit up for it. Reynold literally does the same dish every time, just a variation on a theme, and he doesn’t get plugged for it," he continued.

"I don’t know why people are giving her a hard time."

Last month, contestant Khanh Ong also defended Laura in an interview with Now to Love after exiting the show.

"She's a really close friend of mine and I was really surprised by how much backlash she got because I think it's unfair. It happens in a lot of seasons and it usually happens to a beautiful woman," Khanh began.

"Social media seems to jump on a beautiful woman and I think that's what it is. They found her and instead of attacking her because they just don't like that she's on TV again, they're attacking her for pasta. That's not the reason that you're angry, I honestly think that. It happened to Chloe [Carroll] in my year and I think it's so unfair."

﻿5. "People don't realise the stress." MasterChef's Poh on the backlash of her 'chaotic cooking'.

We know MasterChef favourite Poh Ling Yeow for her high-risk, stress-inducing cooking approach that has brought deep pools of anxious sweat to the loungerooms of Australians over the past two months.

On Sunday night, that sweat turned to tears, when the fan-favourite was eliminated from the cooking competition.

Just shy of the top five, Poh strutted out of the famous kitchen with a sigh of relief, she tells Mamamia.

"You are just running on adrenaline for months, so immediately I felt a strange relief. But then right away, I thought 'Oh my God, why did I make those decisions I just made moments ago?'" 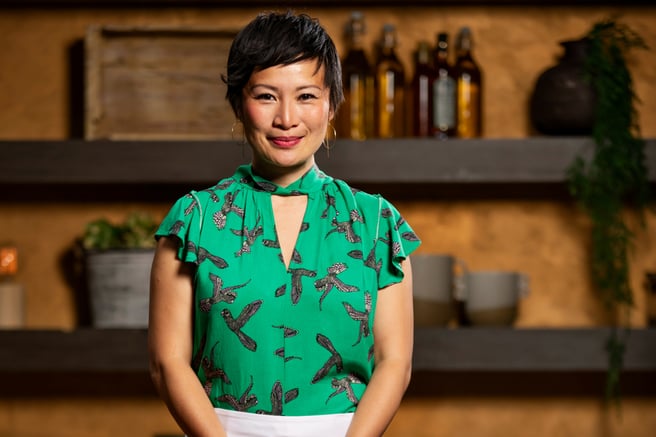 Just prior, Poh - the runner-up on the first season of MasterChef - had tried to cook a redemption dish, making the Sardinian potato dumplings she felt she didn't do justice to in a previous challenge. Poh mismanaged her time, forcing her to make unforeseen alterations with just two minutes to go. It was a decision that ended with her elimination.

Throughout the season, viewers have become accustomed to Poh's 'chaotic cooking'. In fact, her always-ambitious strategy has attracted a swarm of criticism online. Speaking with Mamamia, Poh brushes the backlash off, saying viewers simply don't understand the pressure cooker environment of the MasterChef kitchen.

"A few people were accusing me of being really attention-seeking... Well, number one, I'm on a television show, so of course I want some level of attention or I wouldn't be there. But number two, it wasn't ever about that for me. It was just about seeing how hard I could push myself," the chef explains.

"I would like to say to them, next time they're on Masterchef: Back To Win, I'd like to see them be really organised and cook a splendid, winning dish," she adds.

"People don't realise the stress we're under. Also, I just work like that better, that's just how I work."

For our full interview with Poh, read our earlier article here.