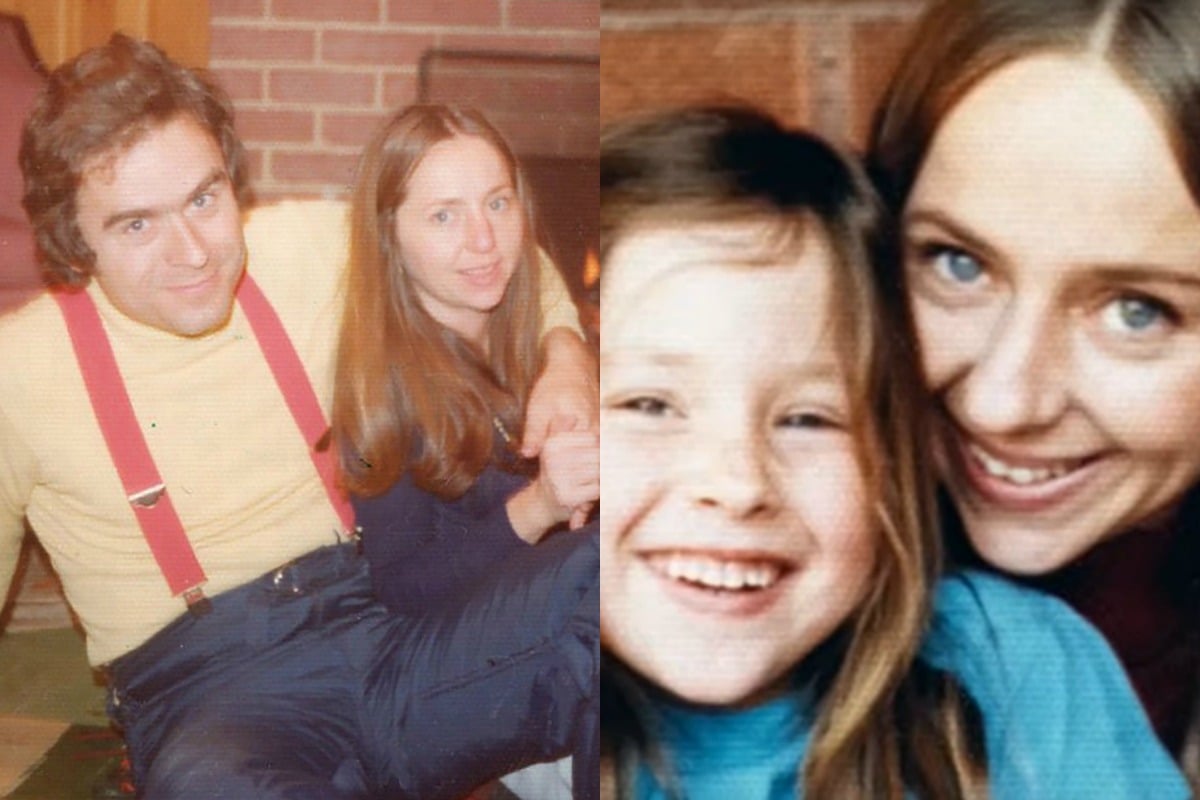 
One night in 1969, Elizabeth Kloepfer was sitting in a Seattle bar when her friend Marylynne Chino noticed that a man had been staring at them.

“I’ve never forgotten this,” Marylynne later told KUTV. “I walked in, and across the room, I saw Ted for the first time. I will never forget the look on his face, it wasn’t evil but he was staring, nursing a beer.”

Elizabeth walked over to the man and struck up a conversation.

Unbeknownst to Elizabeth, the man was Ted Bundy.

Watch the official trailer for Amazon Prime’s upcoming docuseries, Ted Bundy: Falling for a Killer, below. Post continues after video.

In the years that followed, Elizabeth and Bundy’s lives became deeply entwined. In fact, within just weeks, Bundy had moved into Elizabeth’s home, which she shared with her young daughter, Molly.

“There was this nice family unit of three,” Joe Berlinger, who directed Netflix docuseries Conversations With a Killer: The Ted Bundy Tapes and Netflix movie Extremely Wicked, Shockingly Evil and Vile said.

“They were going sailing, going camping, going hiking, having birthday parties, but that male figure was Ted Bundy.”

For the next seven years, Bundy helped raise Molly – right up until he was caught by police for his horrific crimes.

Where is Molly Kloepfer now?

Now, 30 years on from the execution of Ted Bundy for the murders of at least 30 people, little is know about Elizabeth Kloepfer and her daughter Molly.

While Elizabeth is known to use pseudonyms like Elizabeth Kendall and Meg Anders to protect her identity, her daughter’s real name is not known.

It’s believed the pair try to maintain low profiles and avoid most conversations about their serial killer connection – and it’s not hard to see why. Molly was just a child, aged between three and 10 years old, when she lived with Bundy and now, for the rest of her life, she will always be tied to him.

In a new docuseries coming to Amazon Prime in January, Elizabeth and Molly are speaking out about their experience with Bundy for the first time in nearly 40 years.

The series, titled Ted Bundy: Falling for a Killer, is told from the perspectives of Elizabeth, Molly, and multiple other women who were victims of his crimes.

"This story has been told so many times by men," Elizabeth said. "Now’s the time to talk about our own story, beginning to end."

In a new reissue of Elizabeth's memoir, which coincides with the release of the docuseries, Molly has written a chapter about what it was like living with Bundy for those seven years.

In the new chapter, Molly has opened up about how Bundy taught her how to ride a bike, took her on pony rides and accompanied her to birthday parties.

But despite her often positive experiences with the serial killer, Bundy's sadistic tendencies undoubtedly shone through.

In one instance, Molly was swimming in the middle of a lake when she began to struggle. Rather than helping Molly onto a nearby inflatable raft, Bundy continued to cruelly push the raft away.

"All the while [he was] watching my eyes with his own dead, hate-filled eyes," Molly recalled in the book. "This was the first time I ever saw those eyes."

"I knew he had done it to me on purpose," she added.

On another occasion, Bundy rushed into the bathroom and took a photo of Molly when she was naked in the bathtub.

Another time, when Elizabeth was gone for the night, Bundy started a "game", which involved him hiding under a blue blanket naked.

When Molly removed the blanket, Bundy told her: "I can turn invisible, but my clothes can't and I didn't want you to see me."

They then continued to play the game, which involved running to home base, as Bundy was naked. It was the first time Molly had seen a male's genitals.

"I wrestled with him, trying to pull his hands away – I succeeded and I saw that he had an erection," Molly wrote.

"He stopped laughing and looked up at me but something wasn't right. The pupils in his eyes had become tiny, almost as small as the point of a pencil – and each one looking in a slightly different direction," she added.

"I saw something new seeing me – something dangerous with those reptile-like eyes."

Bundy also put Molly into "a kind of a crotch hold" while they were playing.

"I remember that a couple of times, his fingers had slipped into my underwear and touched me," Molly wrote.

While he was in prison, the serial killer told his ex-girlfriend that one night he closed off their home’s chimney and started a fire, hoping the smoke would kill her.

“I remembered that night well,” Elizabeth wrote in her memoir.

“My eyes were running and I was coughing. I jumped out of bed and threw open the nearest window and stuck my head out. After I had recovered some, I opened all the windows and the doors and broke up the fire the best I could. I had gotten on Ted the next day for not coming back with the fan.”

What does Molly Kloepfer think about Netflix's Extremely Wicked?

Despite keeping a low profile, both Elizabeth and Molly visited the set of Extremely Wicked, Shockingly Evil and Vile, while the film's "happier" scenes were being shot.

"Those were few and far between," director Berlinger told Vanity Fair. "It was very touching to see Elizabeth, Zac, Lily, and Molly interacting."

Berlinger also shared that the mother and daughter duo have no interest in seeing the film or doing press for it.

"They have both had a hard time processing this. It took a lot of trust for them to meet with us," he explained.

Lily Collins, who played Elizabeth in the film, also met Elizabeth prior to shooting the movie.

"She was so gracious, giving me material to look at and speaking to me," Lily said.

"I don’t know if she’s going to see the movie because it’s difficult, but within the filming process, she came on set and she was a positive light on-set. You wouldn’t expect that with what happened. She gave us her support. She’s really lovely."

Ted Bundy: Falling for a Killer will premiere on Amazon Prime on January 31, 2020. Conversations With a Killer: The Ted Bundy Tapes and Extremely Wicked, Shockingly Evil and Vile are available to watch on Netflix now.

Can we just leave her, and her mother, alone?

Bundy was an evil monster, I don’t see the need to victimise more innocent women 30 years after his death. You’re right, the mother called the police on suspicion it could be him, in a perverse way she was also very loyal to him until the verdict, deeply misguided but commendable. Her daughter however had nothing to do with it and should be free to love her life and not be defined by her mothers former partner.

“This is what her life looks like now”. She lives in Washington state, she visited the movie set... and that’s all we know. We don’t even know the name she uses. Or anything about her at all, actually. Was there any point to this story, other than to squeeze out another Ted Bundy article?

Truly a fascinating insight, wasn't it?