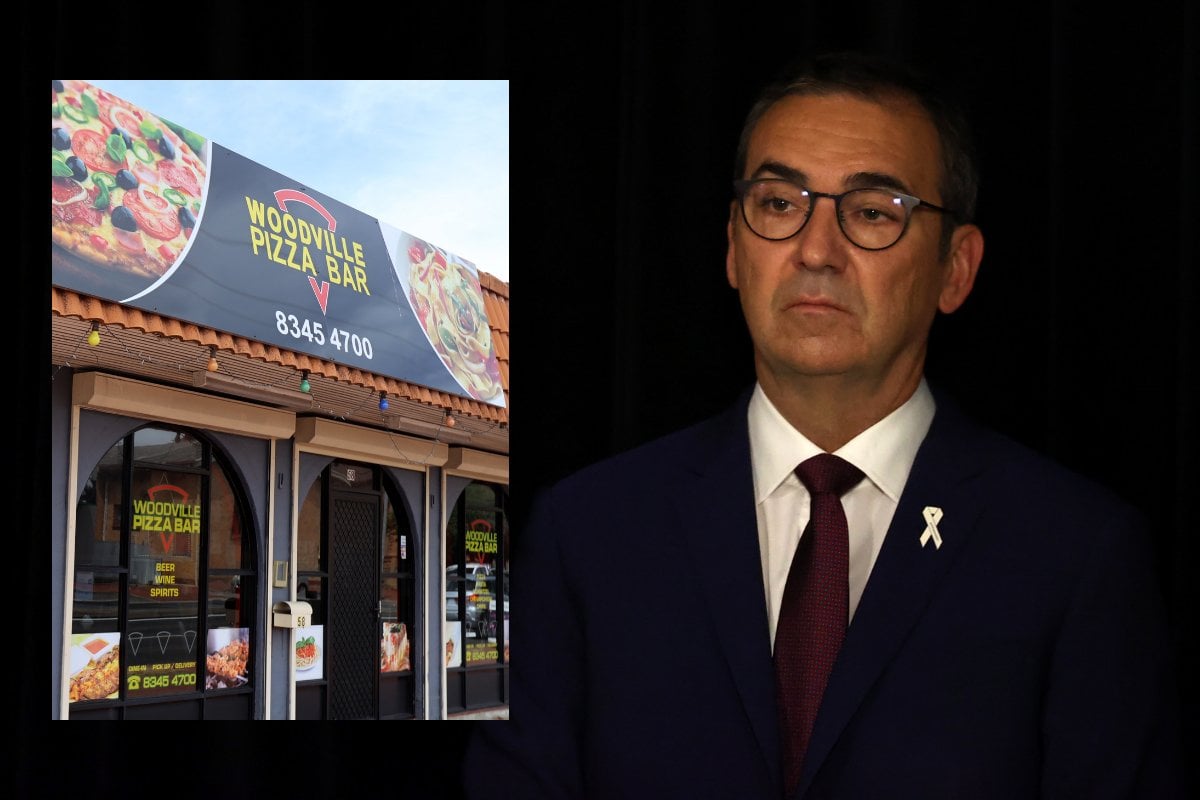 After three days in their homes, South Australians emerged from a short-lived lockdown to pack cafes, shops and bars on Sunday.

Businesses had been forced to shut doors on Thursday due to a COVID-19 outbreak, with the state government enforcing a six-day lockdown to curb the spread.

But state health officials lifted lockdown early after the threat of widespread community transmission eased, with much of the commentary surrounding a pizza shop worker who lied to contact tracers.

The pizza shop and a lie.

On Friday, South Australian Premier Steven Marshall said the state's "circuit-breaker" lockdown was based on a lie told to contact tracers.

The person, who tested positive to COVID-19, told contact tracers they had purchased a pizza from the Woodville Pizza Bar, leading authorities to worry the virus had transferred via a pizza box.

In fact, they had worked at the pizza shop for several shifts alongside a colleague who contacted COVID while working a second job as a security guard in Adelaide's hotel quarantine program. 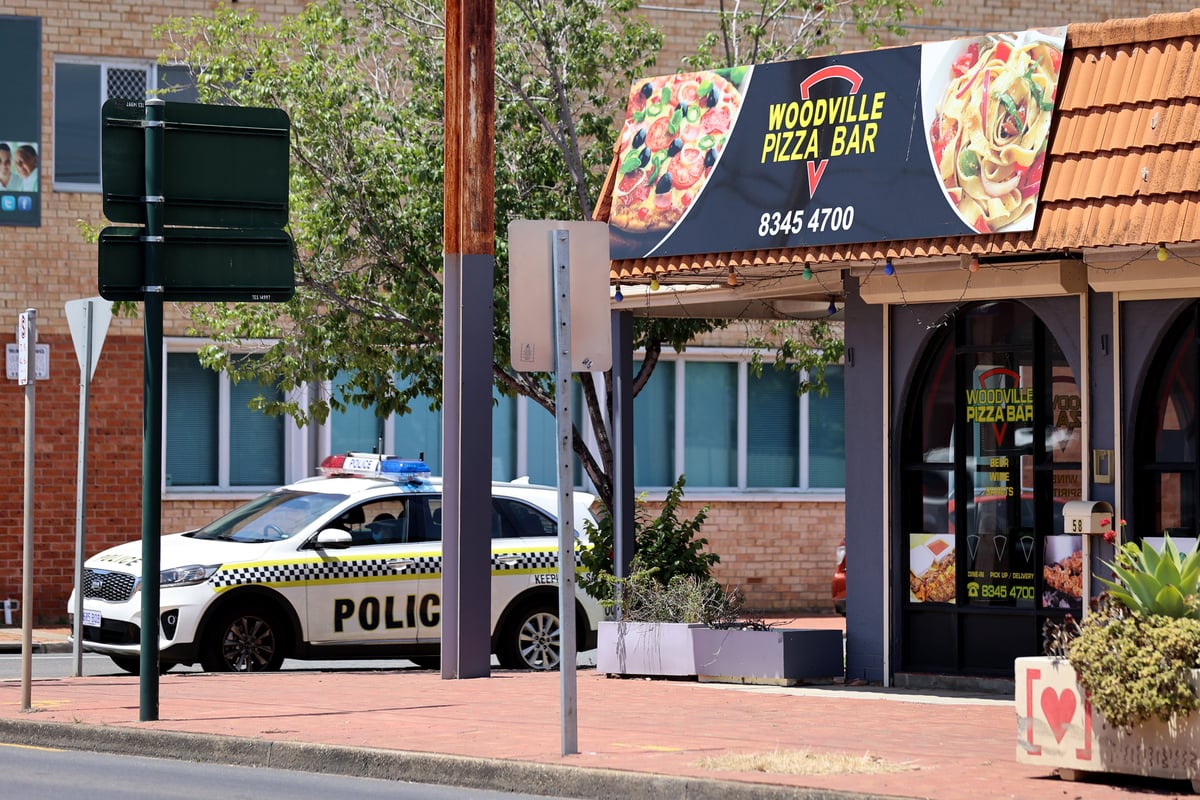 Basically, this meant the virus wasn't spreading as rapidly as first thought.

"His actions have affected businesses, individuals, family groups and is completely and utterly unacceptable."

Commissioner Grant Stevens said on Saturday his investigators were speaking to the worker and did not respond to questions about whether the employee may have lied because he was working cash in hand.

He is believed to be a 36-year-old Spanish national living in Australia on a temporary graduate visa, which expires next month.

"It is fair to say that had this person been more up front with us we would not have instituted a six-day lockdown," Stevens said. 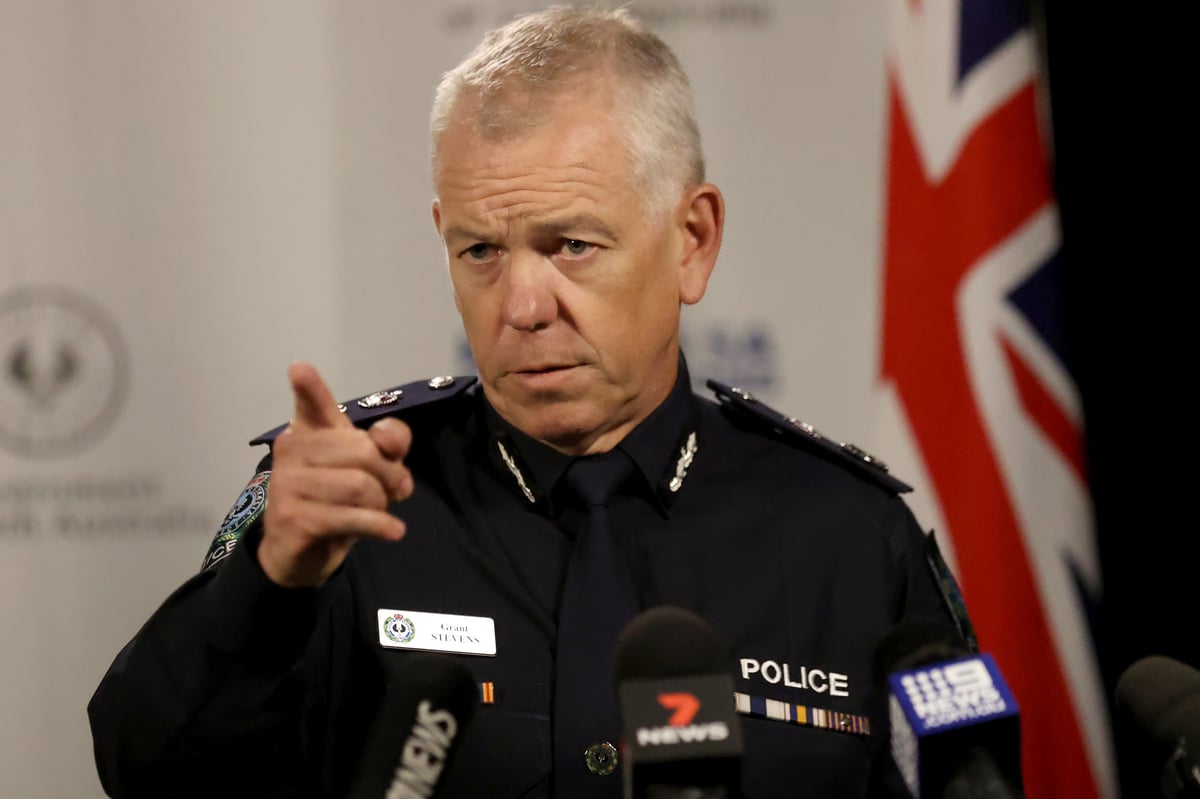 Initially, authorities stated the man was not going to face consequences as he had not appeared to break any laws - but speaking to ABC Radio Adelaide, Marshall said the government will consider "all and every avenue to throw the book at this person", adding "there have got to be consequences".

On Monday, Stevens said it was now clear the pizza worker is not the only person who has been untruthful and investigations were ongoing.

"We don't think the dishonesty is contained to one person and we need to knock this over as quickly as possible," he said, news.com.au reported.

He said authorities had seized the electronic devices of the worker.

How was the lie discovered?

A suspicious contact tracer is to thank for uncovering the lie, after re-interviewing the man.

After interviewing him again, the contact tracer found the man had worked at the pizza shop, rather than being just a customer, and was also a kitchen hand at another quarantine hotel, the Stamford Hotel.

What has been the reaction?

After Marshall shared the update on Friday afternoon, hundreds of angry South Australians bombarded the Woodville’s Pizza Bar's Facebook page and Google reviews with negative comments and one star reviews.

"I hope your business shuts down forever and never sells another pizza again," one resident said.

The pizza worker has also been 'outed' on Facebook groups, with his profile being shared.

Federal Labor's shadow employment minister, Brendan O'Connor, told Insiders while people should not lie to contact tracers, the man might have been forced to lie about his work situation because he did not have access to JobSeeker or JobKeeper support on a temporary visa.

"We have had hundreds of thousands of temporary visa applicants who don't have any support in a recession where obviously employers won’t choose to employ them necessarily if they are not going to get the subsidy," he said.

"I'm just making the point, so you make decisions at the federal level, they can have consequences down the track.

"We did say there should be modest support for people on temporary visas. You can't give them nothing because they will end up being in a difficult situation as clearly is the case with respect to this particular individual."

The role of unsecure work played a major part in Victoria's second wave, with vulnerable and infected workers not obeying stay-at-home orders because they worried about their income.

A "dangerous" strain and modelling. 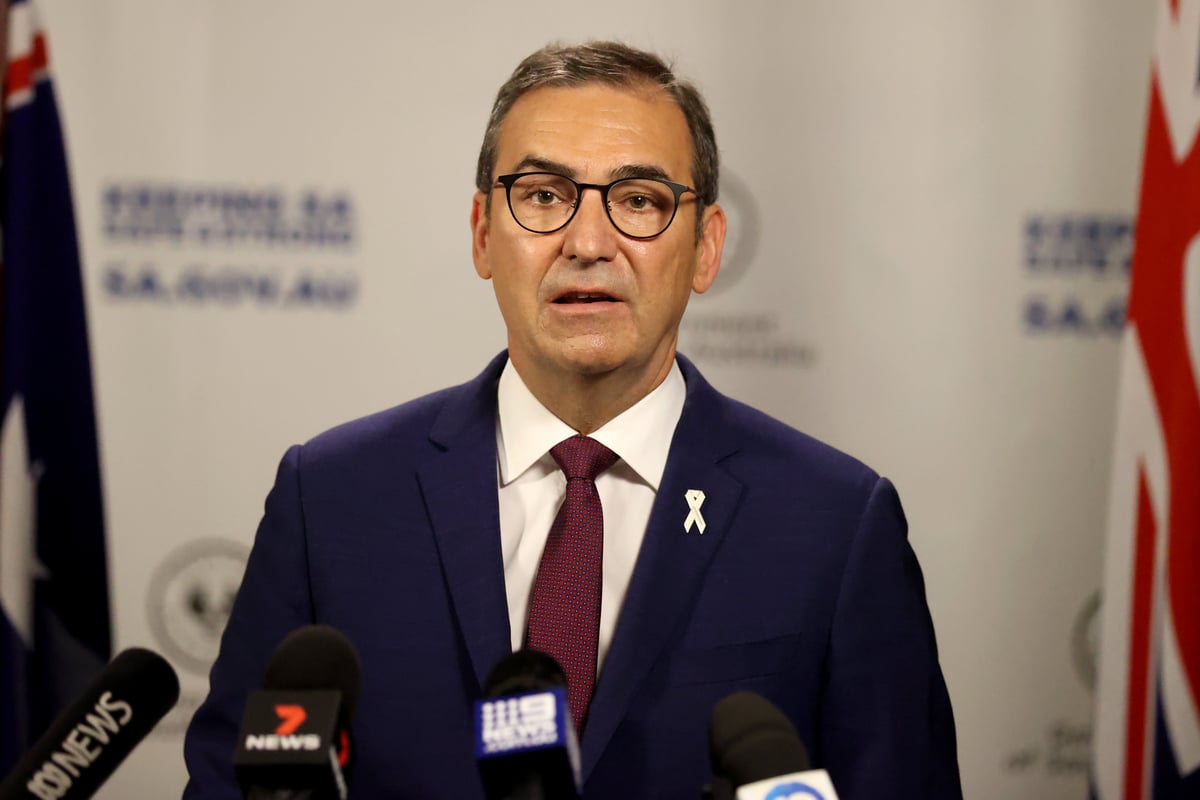 The state was plunged into lockdown after Premier Marshall claimed the state was dealing with a "dangerous" new strain of COVID-19.

He described it was a "particularly sneaky strain".

"[It's a] highly contagious strain and if we don’t get on top of that very, very quickly it will get away from us and that will be disastrous for us in South Australia," Marshall said on Thursday.

"The elements of this are quite frightening. It’s quite different than anything we’ve seen before."

"That means when somebody gets exposed, it is taking 24 hours or even less for that person to become infectious to others and the other characteristic of the cases we have seen so far is they have had minimal symptoms and sometimes no symptoms but have been able to pass it to other people," she said. 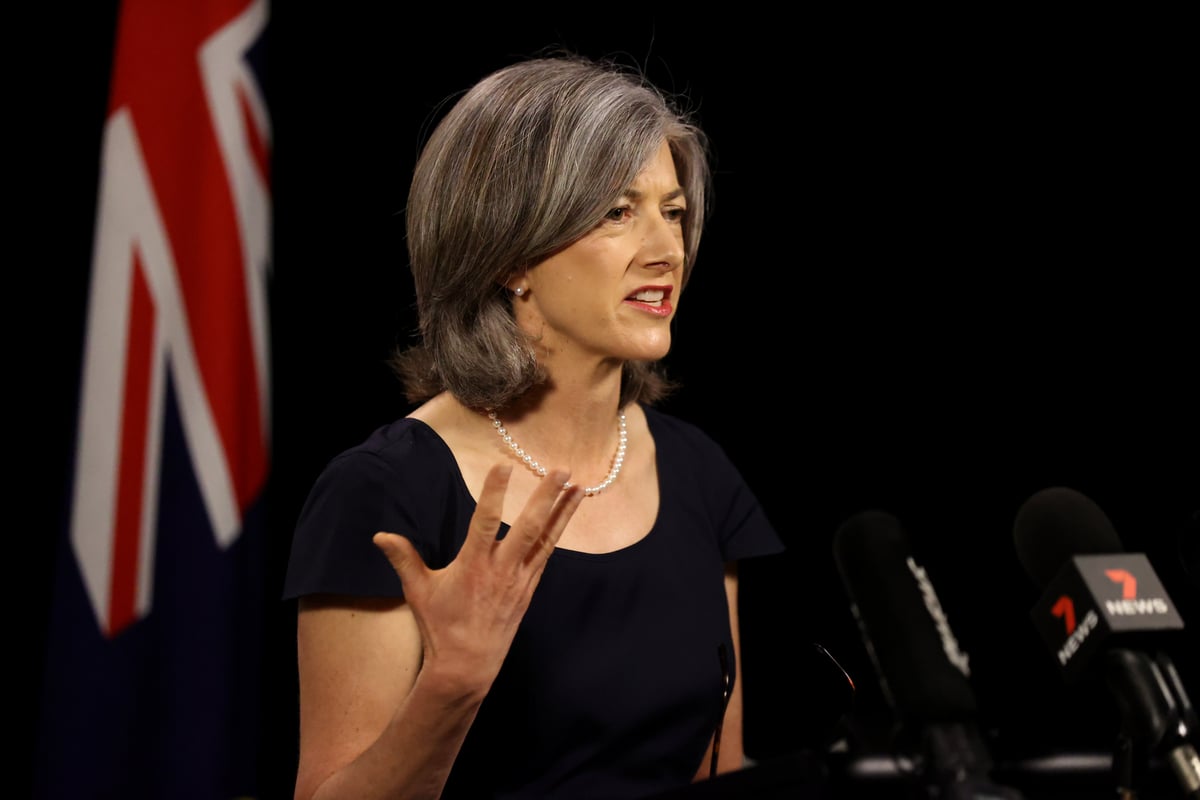 After the lie was revealed, Spurrier walked back her claims, saying "there is nothing about the genomics in any way that makes it particularly special, it's just that we can fingerprint it and track it back to where it came from".

On Sunday, she released modelling that she said showed the state was at risk of a major "second wave" before the lockdown was announced.

She said the modelling showed a 50 per cent chance that new case numbers in SA would rise to 100 by mid-December without swift action.

Spurrier also denied the decision to lock down was based solely on the false information provided by the pizza worker.

The strict lockdown has now ended, but authorities are warning South Australians to remain vigilant.

Residents can now attend pubs and restaurants in groups of 10, hold private gatherings of up to 50 providing there is no more than one person per four square metres, and go to beauty salons and gyms.

Schools and child care centres are reopen, as will non-essential businesses, but people are being encouraged to continue working from home for the next eight to 10 days if possible.

Community sport and recreation centres are still not allowed to operate. Residents are also strongly encouraged to wear masks. Everything we know about the lie that shut down South Australia.

Premier Steven Marshall meanwhile continues to caution that SA is not yet out of the woods.

Just one new case was confirmed on Sunday, a returned traveller in hotel quarantine. All of the state's community transmission has been traced to the Parafield cluster, which stands at 26 cases.

Marshall said compensation for businesses hit by restrictions was not being contemplated.

Reply
Upvote
This is a natural result of the casualisation of the workforce and the number of these foreign workers who are stranded here with no support, and no means to return home. I'm dismayed at the reaction of the premier et al - it's pure privilege speaking. Honestly, good on the pizza place - someone has to support these folk.
G
guest2 a year ago

Reply
Upvote
1 upvotes
I am upset that the whole state shut down because of a lie but I am also upset by the reaction of the SA Premier - it smacks of scapegoating and vindictiveness.  When the federal government decided not to assist casual workers, overseas students and other temporary visa holders who were stuck in this country with just as few employment opportunities they were many warnings that this populist decision will endanger the whole community.  We saw that in Victoria and now in SA with casual desperate workers clinging on work by any means and becoming sources of infection. That's the real cause of all these "lies" and risk taking behaviour.  Also if that person is thrown the book at them, what's the incentive for any one else who might have missed some facts when talking to contact tracers to own up on their omissions?  Populist politics are often not the right politics and I am disappointed with Premier Marshall.
G
guest2 a year ago