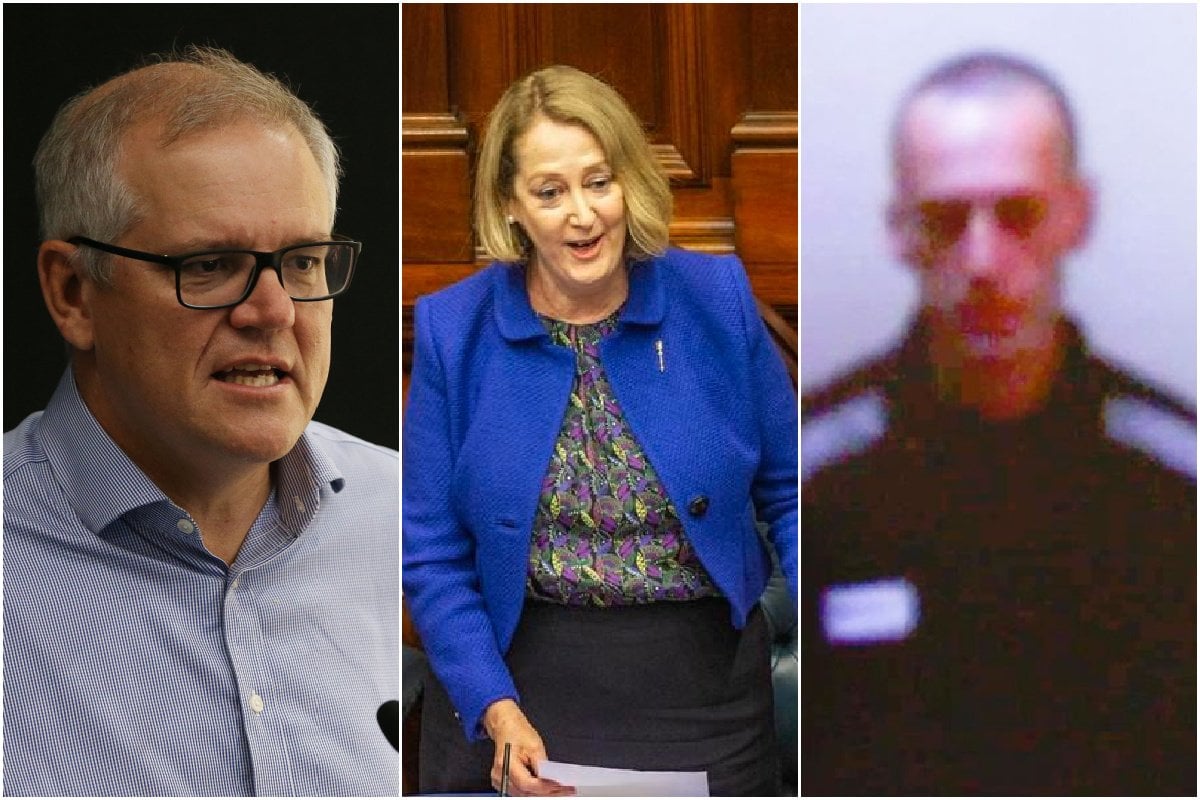 In a speech closely echoing his comments to a Christian conference last week, Morrison spoke about the importance of both community and individuality while warning against "forces that would undermine" those things.

"I don't just mean, as I've recently remarked, the social and moral corrosion caused by the misuse of social media, and the abuse that occurs there. But I would say it also includes the growing tendency to commodify human beings through identity politics," he said. 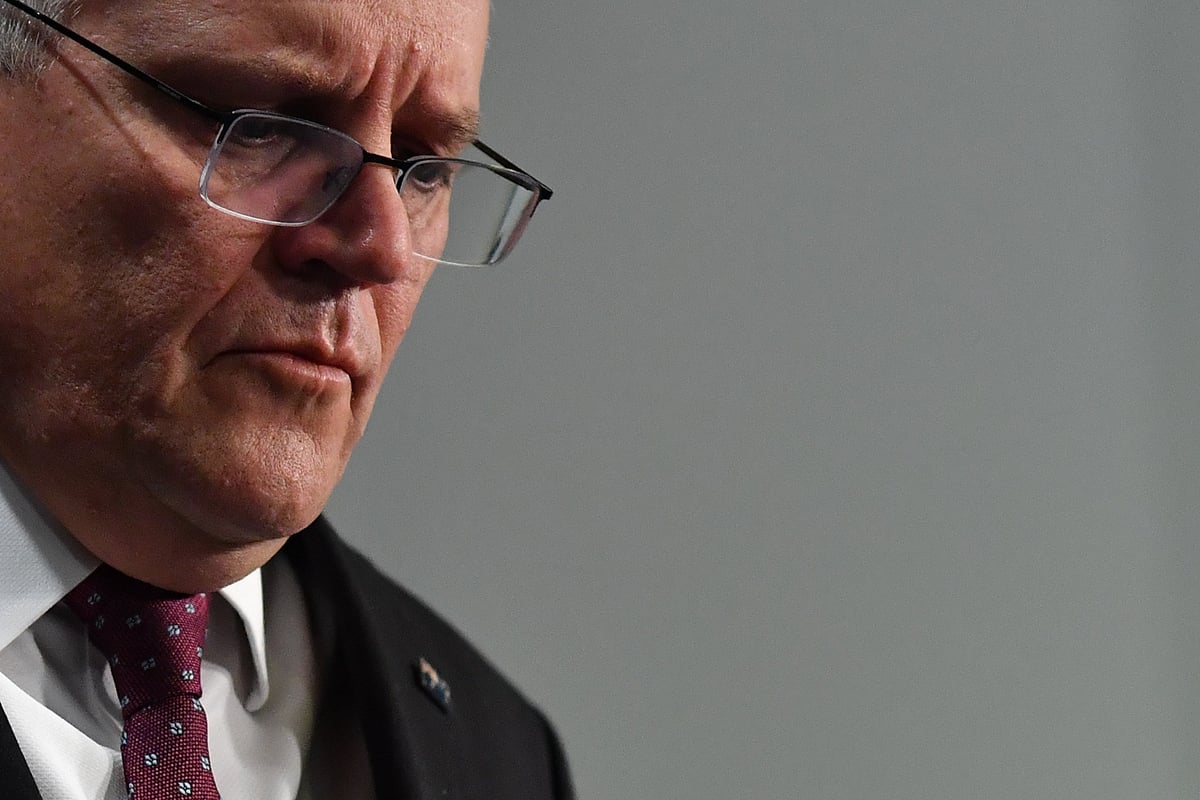 "Throughout history, we've seen what happens when people are defined solely by the group they belong to, or an attribute they have, or an identity they possess," he continued.

"The Jewish community understands that better than any in the world."

"When we reduce ourselves to a collection of attributes, or divide ourselves, even worse, on this basis, we can lose sight of who we actually are as individual human beings - in all our complexity, in all our wholeness and in all our wonder."

As he said during the Christian conference on the Gold Coast, Morrison repeated that if we fail to see the value of individuals, we lose "human dignity" and that can lead to disrespect, hatred, contempt and 'cancel culture.'

Terrorist attack anticipated in next year.

ASIO boss Mike Burgess told an inquiry in Canberra on Thursday that Sunni-based violent extremism remained the biggest concern of security agencies, based on the current caseload, but nationalist, racist, misogynist violence is the fastest-growing threat.

"There is likely to be a terrorist attack in the next 12 months," Mr Burgess told the Parliamentary Joint Committee on Intelligence and Security's first hearing on extremism.

#breaking : "We anticipate there will be a terrorist attack in this country in the next 12 months." - ASIO boss Mike Burgess. @10NewsFirst #auspol pic.twitter.com/ZT5EaskjS2

"It can come from either ideology and therefore for me doesn't really matter, because they're both capable of conducting acts of violence and that's where we focus."

"The internet is a salad bar of hate," he said, and warned of gaps in law to restrict online radicalisation.

"Police are limited in the actions we take."

The staffer was sacked on March 22 after footage of the incident was aired in media reports.

ACT Police on Thursday confirmed officers were looking in to the matter.

"ACT Policing received a report on 30 March 2021 in relation to the unauthorised sharing of intimate images at Parliament House," the statement read.

"At this time, officers are engaging with a complainant and completing an assessment of the report."

The man's dismissal came amid uproar over the treatment of women in politics, after a series of high-profile incidents.

Driving change to the toxic workplace culture faced by political advisers will be on the agenda when former Liberal staffer Brittany Higgins and Scott Morrison meet on Friday.

A decision by Ms Higgins to go public about her alleged rape in a ministerial office at Parliament House sparked national rallies about the mistreatment of women.

She will meet with the prime minister and Labor's Anthony Albanese in Sydney as the leaders seek to cooperate on reforms. 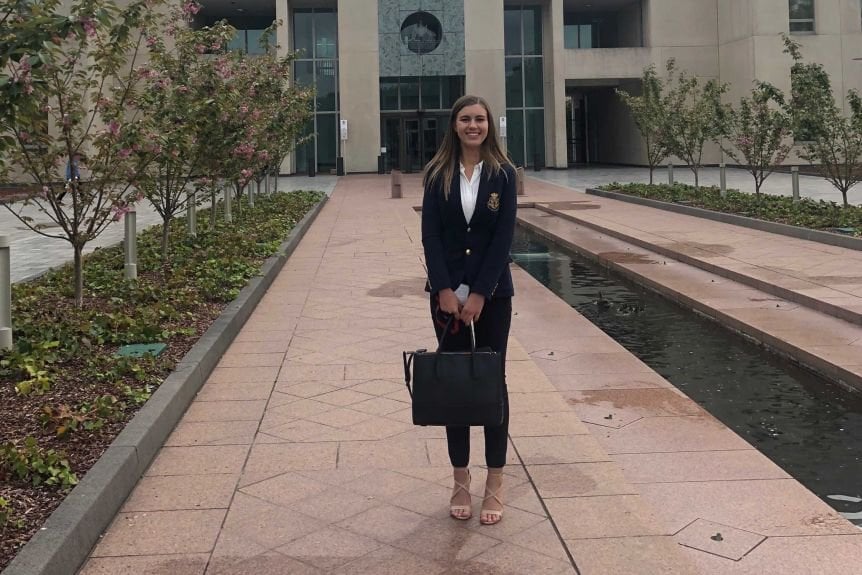 Brittany Higgins says she was raped by a colleague inside Parliament House. Today she will talk to the PM about workplace culture. Image: Facebook.

Ms Higgins says the system failed her and she wants "a new framework for political staff that ensures genuine cultural change and restores the trust of staff".

Ministerial and parliamentary staff are owed a "significant review" into their working conditions and how they can be improved, she said in a statement earlier this year.

She is concerned political advisers have very few protections, resources and confidential reporting mechanisms to address workplace issues, as they are not public servants and work in an extremely high-pressure environment.

Key to any change is reform of the Members of Parliament Staff (MOPS) Act, which Ms Higgins says does not offer adequate workplace protections and conditions for staffers.

Sex Discrimination Commissioner Kate Jenkins has been tasked with reviewing parliamentary workplaces, including the operation of the MOPS Act.

Western Australia's first female speaker of the Legislative Assembly expects respect for women to be assured in the state parliament.

Veteran Labor MP Michelle Roberts was sworn in as speaker on Thursday as the 41st parliament opened under coronavirus restrictions.

MPs wore face masks and members of the public were barred from the proceedings which came just days after a snap lockdown in Perth and the Peel region.

Ms Roberts, the longest-serving member of the parliament after being elected in 1994, was applauded by MPs across the aisles.

Michelle Roberts has become the first female Speaker of the Legislative Assembly in the history of WA Parliament as recently-elected politicians came together for the first time since the March ballot. 🔒 https://t.co/MOO6UdUamb #wanews #perthnews #auspol pic.twitter.com/KHmG4RLOCD

The 61-year-old said the elevation of a female speaker was fitting in a parliament with a record 28 female lower house MPs, but also long overdue.

"It should come as no surprise when we remember that up until relatively recently, this place felt more like a select gentleman's club than the people's house," she told the chamber.

"It's 100 years since Edith Cowan was elected to this house - the first woman to serve in any parliament in the nation.

"She sat alone, she was so isolated that she was even heckled during her inaugural speech.

"As I stand here today, barely just over half of the members are men - nearly half are women, including many in leadership positions.

"This is a clear signal to the community and to women of just how far we've come, but it has taken over a century to do it."

More than 200 Victorians have been told to get tested for COVID-19 after "strong and unexpected" fragments of the virus were detected in wastewater.

Some 246 people in Melbourne's western and northwestern suburbs have been contacted by authorities and told to get tested as a precaution.

"This additional action is being taken due to the strength of the wastewater detection and because a known positive COVID-19 case, from flight QF778, has been in Victoria in the past 14 days," the health department said on Thursday.

The 246 people who were contacted include four close contacts of the positive case and 242 recently returned red and orange zone travel permit holders.

Coronavirus fragments have been detected in wastewater from Melbourne’s western and north-western suburbs. Anyone who lives in or who visited these suburbs between April 18 & 26 April should be alert for symptoms of COVID-19 and get tested if any develop. #COVID19Vic pic.twitter.com/X8oHKVpfqR

They have all recently returned negative results but the department wants them to get tested again "out of an abundance of caution".

Prince William and Kate, the Duke and Duchess of Cambridge, have celebrated 10 years of marriage with a video of the couple and their children enjoying the countryside.

William, the Queen's grandson and second in line to the throne, married Kate on April 29, 2011 in Westminster Abbey in a ceremony watched by millions around the world.

On Thursday they posted a video showing the couple exploring a beach and roasting marshmallows with their children George, seven, Charlotte, five, and Louis, three.

Thank you to everyone for the kind messages on our wedding anniversary. We are enormously grateful for the 10 years of support we have received in our lives as a family. W & C

"Thank you to everyone for the kind messages on our wedding anniversary," William and Kate said in a tweet.

"We are enormously grateful for the 10 years of support we have received in our lives as a family."

A much thinner Alexei Navalny denounced Russian President Vladimir Putin as a "naked, thieving king" in a courtroom video link from prison, in his first public appearance since ending a hunger strike last week.

The opposition leader's remarks on a blurry video piped into a Moscow courtroom came amid new legal pressure on Navalny and his movement. Allies said he faced new criminal charges and they had been forced to disband his network of regional campaign offices, which the authorities are seeking to ban as "extremist".

Navalny, his head shaven, said he had been taken to a bathhouse to look "decent" for the hearing.

"I looked in the mirror. Of course, I'm just a dreadful skeleton," he said, adding that he now weighed 72kg, the same weight as when he was at school.

Later in the appeal hearing against a guilty verdict on a charge of defaming a World War Two veteran, Navalny, 44, went on the attack against Putin and the Russian justice system. At one point he interrupted the judge, and was reprimanded.

"I want to tell the dear court that your king is naked," he said of Putin. "Millions of people are already shouting about it, because it is obvious... His crown is hanging and slipping."

- The UK medicine regulator says there have been a further 41 reports of rare blood clots after doses of AstraZeneca's COVID-19 vaccine but that the benefits of the shot continues to outweigh the risks for the majority of people.

- Former US President Donald Trump has criticised a federal investigation into his former lawyer Rudy Giuliani telling Fox it is "very, very unfair."

Reply
Upvote
It's pretty easy for the (straight, white, male) PM to say that someone shouldn't be defined by their gender/race/sexuality when he's never been discriminated against for any of those reasons.
A
anonymous a year ago

Reply
Upvote
1 upvotes
What an absolute hypocrite Morrison is! He states we shouldn't 'identify ourselves' by membership of a particular group, rather we are all human. Says a white, Christian man who is used to owning all the power and never misses out on anything - at the expense of everybody else.
Don't tell me not to identify as a woman first! I will be a woman first until I see I am treated equal to a man. Black people will identify as black until they no longer need to. F*** O** Morrison. It's the same as rich people saying money isn't important.
News
General
Opinion
True Crime
Politics
Sport
Explainer
Entertainment
Celebrity
Reality TV
Movies
TV
Books
Rogue
Royal
Lifestyle
Beauty
Fashion
Weddings
Home
Wellness
Health
Fitness
Travel
Food
Parents
Before The Bump
Pregnancy
Baby
Kids
Teens
School
Parent Opinion
Work & Money
Money
Finance
Career
Lady Startup
Relationships
Sex
Dating
Separation
Friendship
Family
Real Life
Couples