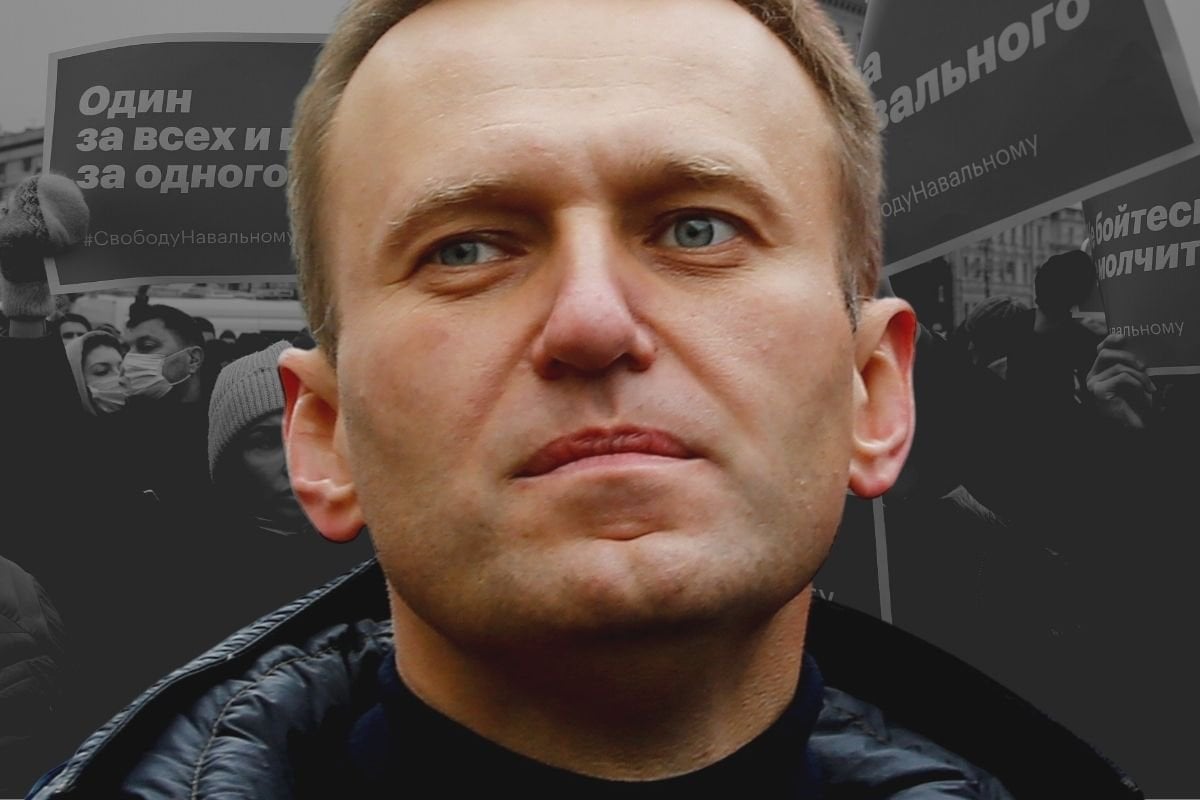 Right now there is a man refusing food in a 3x2 metre cell in a Russian prison.

He has lost a lot of weight. About 16kg in the past month. His wife, Yulia Navalnaya, says she has never seen skin so tight around anyone's skull before.

He is suffering from acute back and leg pain. It's been that way for weeks. But he's not allowed to see a doctor, or see the results of an MRI he had taken. So he's gone on a hunger strike in protest.

When his wife came to visit, talking to him through the visitation window, he had to take breaks by leaning on the table.

He has a high temperature and a really bad cough.

The man is Alexei Navalny. The Russian Opposition Leader and the biggest critic of corruption within his home country.

He says he is being tortured. Mainly through sleep deprivation.

Guards wake him eight times per night holding a video camera, checking that he hasn't escaped. His wife says it's "personal revenge" for his opposition activities.

In April he sued the prison for withholding the Koran, which he was hoping to study behind bars. He says he hasn't been given access to any of the books he brought or ordered.

He says it's his right to read.

From poison to protest: What happened to Alexei Navalny?

On August 20, 2020, Navalny drank some tea at an airport that had been poisoned with a Novichok nerve agent. He, and many of his supporters believe it was an attempt on his life by the Kremlin.

The politician has long been an anti-corruption campaigner and is the most prominent face of Russian opposition to President Vladimir Putin who has ruled for 20 years. 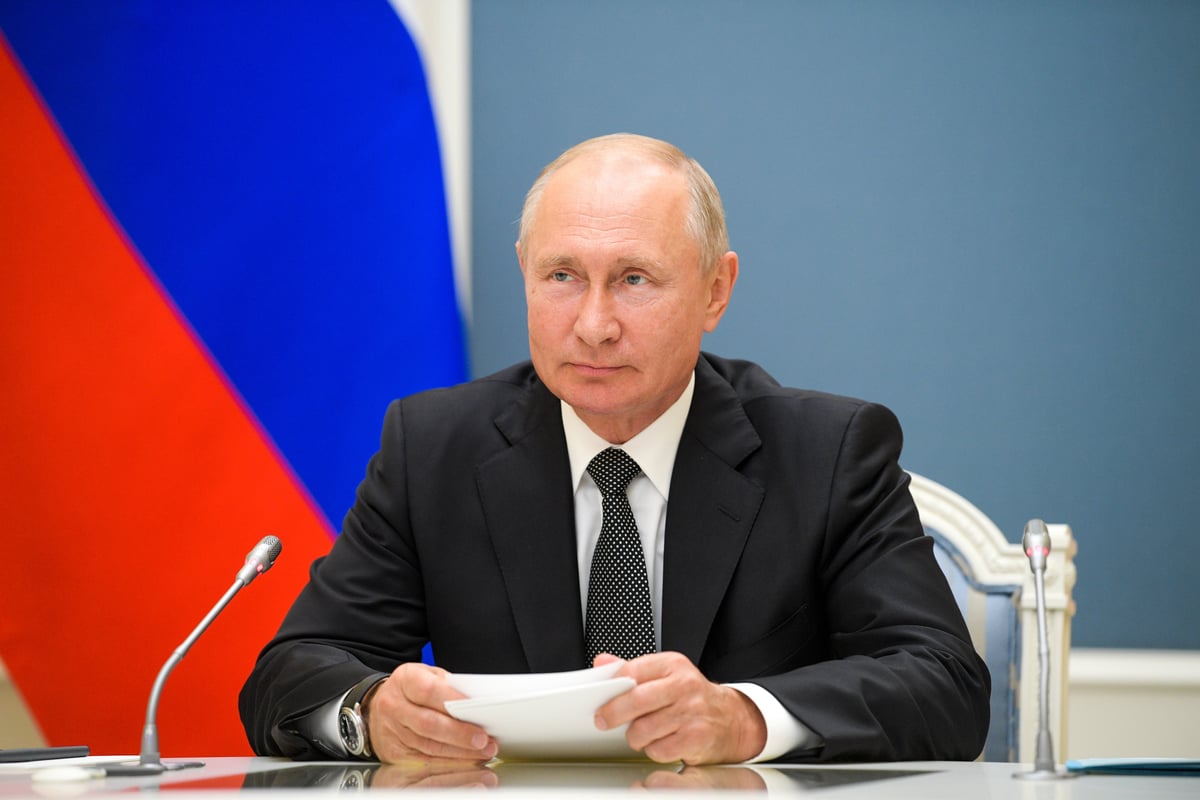 Putin has created a regime in which opponents are murdered, political prisoners are sent to Siberia for decades, minority rights are suppressed, and support is given to some of the world's worst bloodshed like the regime of Syrian president Bashar al-Assad.

Despite the alleged attempt, Navalny survived. But he spent a week in a coma and months recovering in Germany.

Even with the threat of what awaited him back home, Navalny returned to Russia in January 2021 because it "didn't seem right to me calling for a revolution from Berlin."

He was immediately detained by authorities as he entered the country, on accusations of violating terms of a suspended jail sentence. Navalny has twice been convicted of criminal charges - embezzlement and later fraud, charges which he says were politically motivated and which have both been disputed by the European Court of Human Rights.

Even behind bars, his unveiling of corruption and his calling out of the Kremlin continued. From his cell, he accused Putin of owning the most expensive palace in the world built off dubious financial schemes.

On the first day, protests were held in 198 towns and cities across Russia in one of the largest anti-government demonstrations in the country's history. 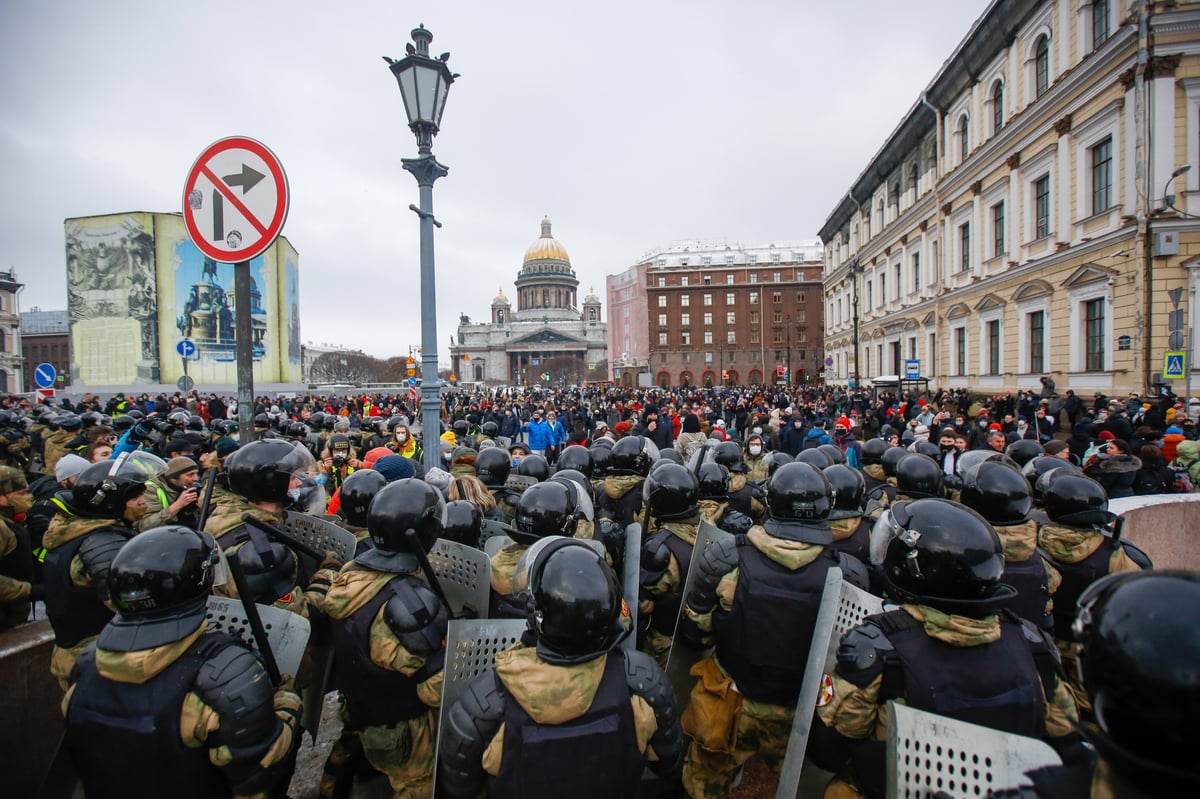 Multiple protests were held across Russia after the detention of Navalny. Image: Getty/Sergei Mikhailichenko/SOPA.

In February 2021, despite the widespread unrest, Navalny was sentenced to two-and-a-half-years in prison.

Navalny told the court: "He can pretend to be a great politician, but he will go down in history as a poisoner," referring to Putin. "We had Alexander the Liberator, Yaroslav the Wise and now we will have Vladimir the Poisoner of Underpants."

"This process won’t be perceived by people as a signal to be more afraid," he said. "This is a demonstration of weakness, not strength."

Inside the prison where Navalny is being held.

Navalny is serving his sentence in one of Russia's toughest prisons, Penal Colony IK-2. A place that's known for being unusually harsh, even by Russian standards.

Pyotr Kuryanov, a lawyer with the NGO Fund for the Defence of Prisoners’ Rights, told ABC News, the facility is known as a "breaking camp."

Former inmates told the publication they don't expect Navalny to be physically tortured due to his public profile. But they do expect the place to psychologically break him.

"It’s completely lawless there. They will break you. Bad things have been going on there for a long time," one former inmate told The Moscow Times.

Prisoners are forced to work long labour shifts and the conditions are said to be horrible. They're kept on their feet from 6am until 10pm, and guards also reportedly command prisoners to perform meaningless tasks such as making beds multiple times a day, or undressing and then dressing again.

Nationalist activist Dmitry Demushkin, who spent two years in IK-2 for inciting hatred, told the Moscow Times the prison is "like torture."

"Prepare to be cut off from humanity," Konstantin Kotov, another activist and former inmate told The Independent.

Dmitri Dyomushkin, a nationalist politician and former inmate told the New York Times inside these conditions "your personality deforms."

In March 2021 we heard from Navalany himself. He posted an Instagram update from the notorious prison likening it to a concentration camp.

"I have to admit that the Russian prison system was able to surprise me. I did not imagine that you can arrange a real concentration camp 100km from Moscow," he wrote, next to a photo with his head shaved and his face gaunt.

He said from his experience so far, he could easily believe the numerous stories he'd heard of "people recently beaten to death with wooden hammers."

"Video cameras are everywhere, watching everyone and making a report at the slightest violations. I think someone upstairs read Orwell's 1984," he continued.

Navalny has been on a hunger strike for two weeks now, demanding medical assistance. Prison administration has threatened to start force-feeding him.

Putin may have hoped that by locking him up in a harsh Russian prison, he would finally be free of his opposition and disruption. But Navalny continues to torment him, even as he grows weaker in his cell. Police have detained dozens of supporters protesting outside the prison, demanding that authorities give him proper medical care.

As The Economist reports, he is fighting back with the only instruments he has left: his body and his life.

Despite the optimism and dark humour in his recent Instagram updates, Navalny's wife describes a different man.

"He writes funny posts on Instagram and even fights for the Koran. But after meeting with Alexey, I worry about him even more," she wrote on Instagram this week.

"I've never seen the skin fit over a skull like this, but I know he's not going to give up," she said.

Even with the threat of what awaited ... Navalny returned to Russia ... because it "didn't seem right to me calling for a revolution from Berlin."

Huh? So what was being locked in a Russian concentration camp going to achieve?