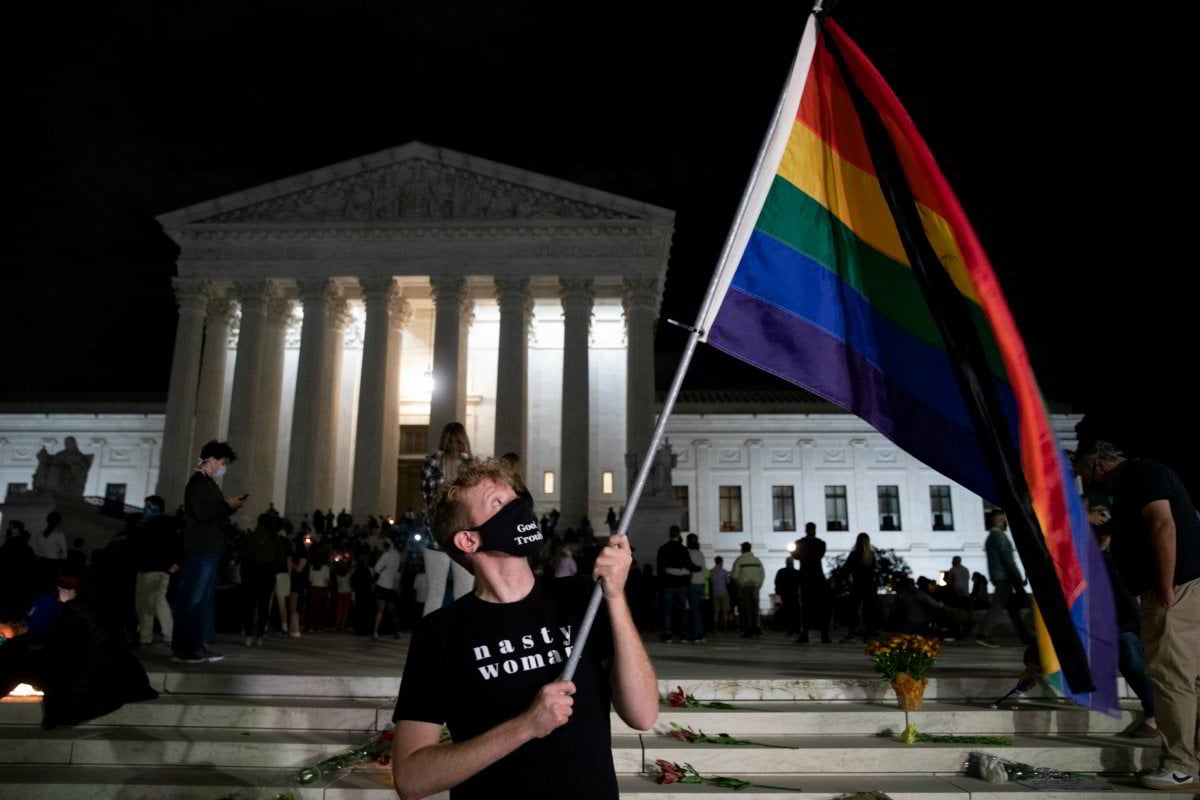 US Supreme Court justice Ruth Bader Ginsburg was a giant. A brilliant legal mind, a champion of gender equality, a cultural icon.

The 87-year-old's death overnight of cancer has seen news outlets stacked with tributes and social media inundated with messages of mourning.

But as admirers lay wreaths and light candles on the steps of the US Supreme Court, roughly three kilometres away, in the bowels of the White House, plans are already being hatched for her replacement.

Who fills the seat, and when, not only has the power to influence the upcoming election but to shape the United States on key issues for decades to come.

Let's take a look at why.

The US Supreme Court: a super simple guide.

The Supreme Court is the highest court in the United States; essentially, the equivalent of the High Court here in Australia.

As well as being the final stop for Americans seeking justice, the court also has a crucial authority to strike down state laws that are found to be in violation of the US Constitution. In this capacity it has ruled on hugely consequential issues like abortion, same-sex marriage and universal healthcare.

The Supreme Court bench consists of one Chief Justice and eight Associate Justices. That number has varied throughout history (Congress has the power to pass laws changing it), but it's been fixed at nine since 1869.

When a seat becomes vacant, a replacement is appointed by the US President. That nominee must then be confirmed by Senate vote following a series of hearings. In the case of President Trump's most recent pick, Justice Brett Kavanaugh, that process took three months.

Once a justice is confirmed, they hold the position for life (or as long as they choose). That's partly why the opportunity to fill a vacant seat presents such a significant opportunity for a sitting government.

Why R.B.G.'s vacant seat is so important. 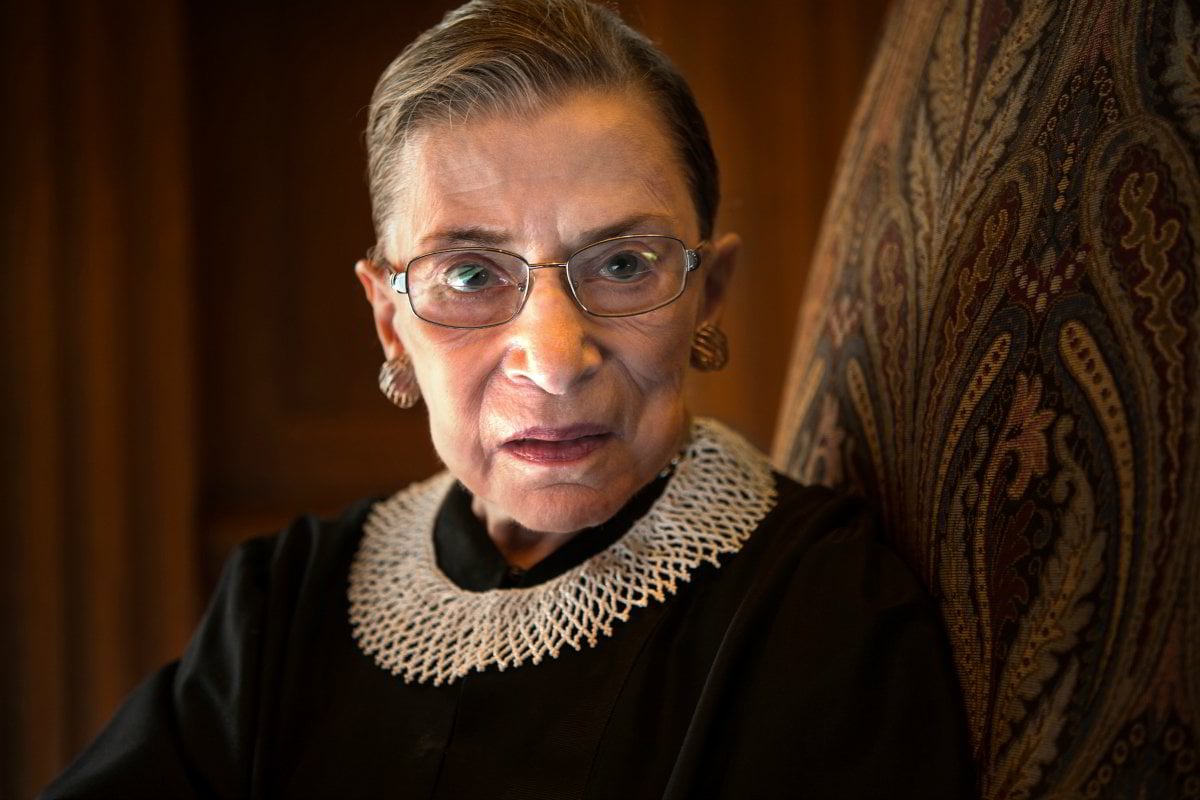 It seems unlikely that President Donald Trump will be able to move quickly enough to have his nominee confirmed before then.

But even if the Democrats wrestle back control of the Senate come November 3, that Senate won't be sworn in until January.

It's a crucial moment. One that could shape America's stance on hugely important issues (immigration, presidential powers, tax, healthcare and so on) for decades to come. Americans are keenly aware of this, which is why it has the potential to be vote-winning for Trump.

Conservative voters alienated by his handling of the coronavirus pandemic may be enticed back into the fold by the prospect of a Supreme Court that appears, at least, more likely to rule in line with their ideology.

America is home to a large swathe of evangelical Christians who are eager to see the overturn of Roe vs Wade, for example. The landmark 1973 Supreme Court ruling struck down a Texas statute banning abortion and effectively legalised the procedure across the country, but decades on, it remains a hot-button political issue.

She told her granddaughter prior to her death, "My most fervent wish is that I will not be replaced until a new president is installed."

But McConnell today signalled his intention to press ahead: "President Trump's nominee will receive a vote on the floor of the United States Senate," he said in a statement.

Brace yourselves, folks. This is going to be tense.

Reply
Upvote
She was 87 years old and still working. I have questions.
Did she need the money?
Was she afraid she’d lose too much status and power if she retired?
Was she afraid that she couldn’t find meaningful activities to fill her time if she retired?
Did she doubt that anybody else was as good as her?
She should have retired a decade ago. Employment isn’t a hobby. There’s a competitive job market and people should retire before they’re 80. It’s not ageism if there is a minimum age requirement for applicants. (For these type of jobs, the applicant must be at least 34.)
G
guest2 2 years ago

Reply
Upvote
@grumpier monster They are all valid points.  Apparently, Obama wanted her to retire back in 2016 when her health became severely compromised.  However, she refused (which was her right), but in doing so, has inadvertently led to this situation where the Republicans are trying to push through a conservative nominee before November, Having said that, RBG was a dignified, respected figure who had good relationships with her colleagues, either liberal or in the case of Scalia, conservstive.     It is a shame that both sides of American politics have now  deteriorated into a vulgar quagmire of hate and will be using the Supreme Court as their battleground.
L
laura__palmer 2 years ago

Reply
Upvote
1 upvotes
@grumpier monster Supreme Court judges have a position for life, provided they aren't impeached. She isn't even the oldest, the oldest was 90 when he decided to retire, and she's around a decade off the longest serving judge, so you could probably ask the same questions of all of them.
It's also not like normal jobs, people can't just go and apply. The constitution doesn't even specify that they need to have qualifications in law, nor does it specify age, it's up to the President to nominate someone and they are confirmed by the senate.   I don't think RBG not retiring really impacted the employment prospects of too many people.
G
guest2 2 years ago

Reply
Upvote
1 upvotes
@laura__palmer The point about RBG retiring earlier (during Obama's presidency) was so he could nominate a replacement with similar values and outlook to RBG.   This was around the time she diagnosed with pancreatic cancer and was an election year.
M
mamamia-user-482898552 2 years ago

Reply
Upvote
1 upvotes
@laura__palmer Point of difference being, RBG had known, incurable cancer in 2016. I don't pretend to understand the peculiarities of Supreme Court appointments in the US, but I think it was a bit of a logistical gamble to stay on - she wasn't just up against chronological age alone. Had she retired while Obama was still in office, there would have been far more assurance with regards to her replacement than would have been (and is) the case under a Republican presidency.
S
simple simon 2 years ago

Reply
Upvote
1 upvotes
"Trump and ... McConnell could work to fill the Supreme Court seat during this post-election "lame duck" session, leaving Joe Biden to inherit a bench stacked ... with conservative-government picks"
Ummm, that's only if Biden wins the election.
S
snorks 2 years ago

Reply
Upvote
@simple simon C'mon, he's ahead in the polls, and we all know how accurate they are! ;)
C
cat 2 years ago