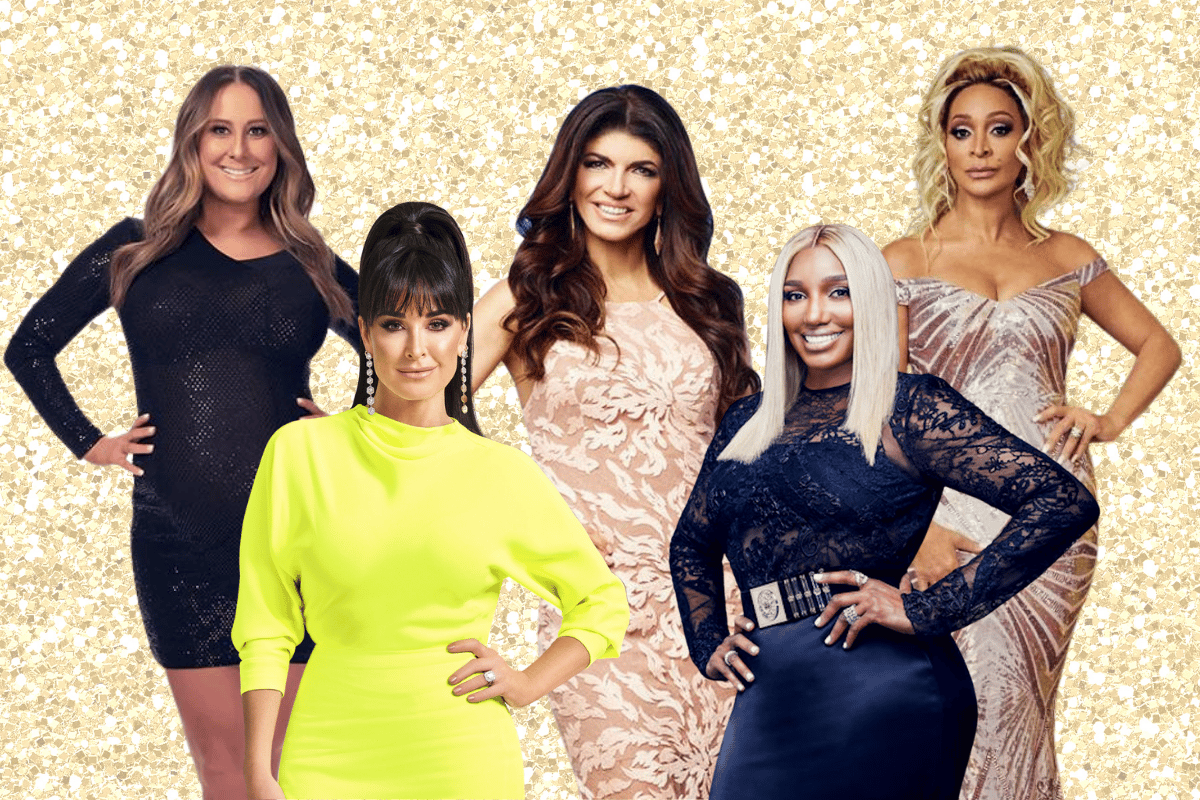 If there is one thing that I would say I am proficient and skilled in, it's all things Real Housewives.

It's not the proudest thing to say you're an expert in, but I've decided to wear it with pride.

Of course, I probably can't touch on every single Real Housewives series - Salt Lake City is on my to-watch list - as there are well over a dozen installments that have been made. But you better believe I've still found time in the day to watch the majority of them.

Because that's what reality television experts do best - watching TV.

Watch: Our real awkward interview with the Real Housewives of Sydney. Post continues below.

10. The Real Housewives of Sydney.

We're starting on the lowest ranking of the Real Housewives superiority scale.

I've never been more ashamed to admit I am from Sydney. Because Sydney's version of Real Housewives was truly a shocker. And I'm not the only one to say that.

Listen to No Filter: Lisa Oldfield is not your average housewife. Post continues after audio.

Only lasting for one season in 2017, Sydney was drama for no reason, and malicious nastiness at that. Although the average viewer would say most Real Housewives series are entirely based on pointless drama, no other season has emulated that better than Sydney. And for that reason, it's a waste of time.

We got to see David Oldfield, women throw terrible sl*t-shaming insults at one another, comparing diamonds, arrogance, someone's jacket being thrown off a wharf into the water, bullying, half-arsed plotlines and inappropriate pushing.

Perhaps I am being too critical. Or maybe I just know as a Housewives expert, that this season wasn't it.

It was so bad, we didn't even get a good reunion. And when there's a bad reunion, you know that Andy Cohen has said it ain't worth the money or effort to make another season. 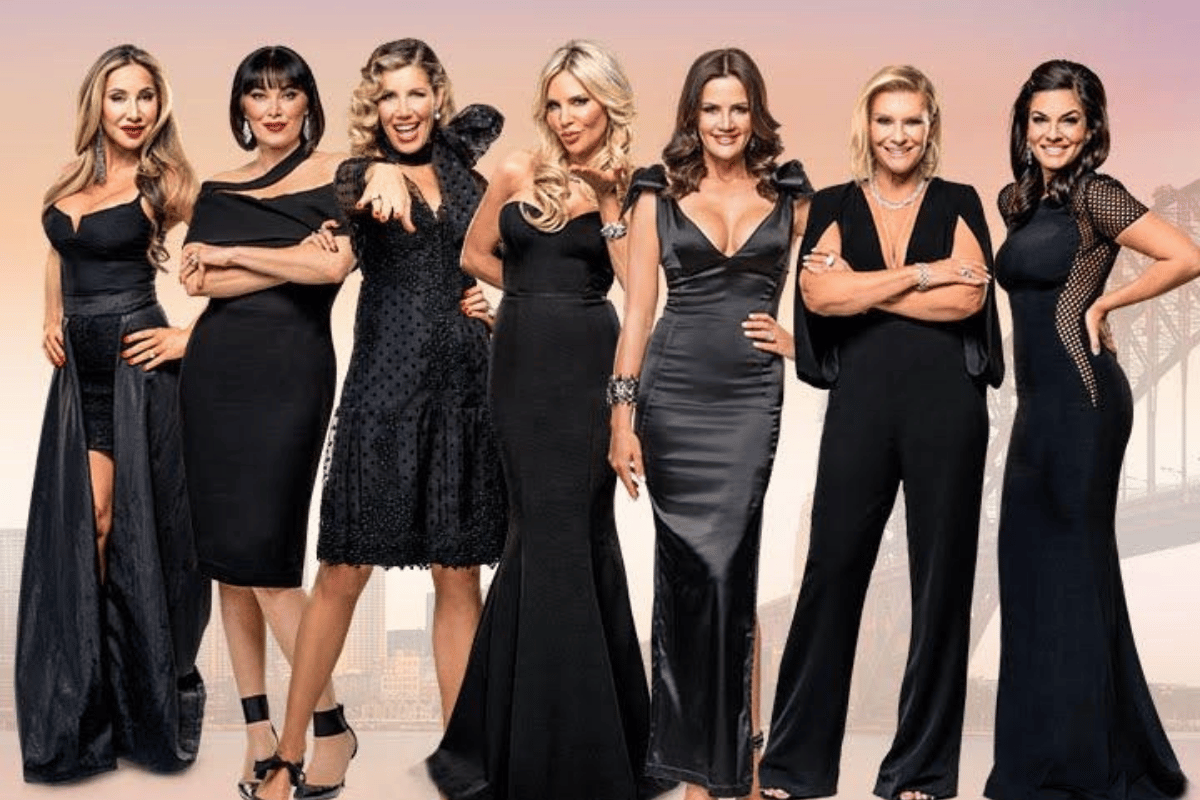 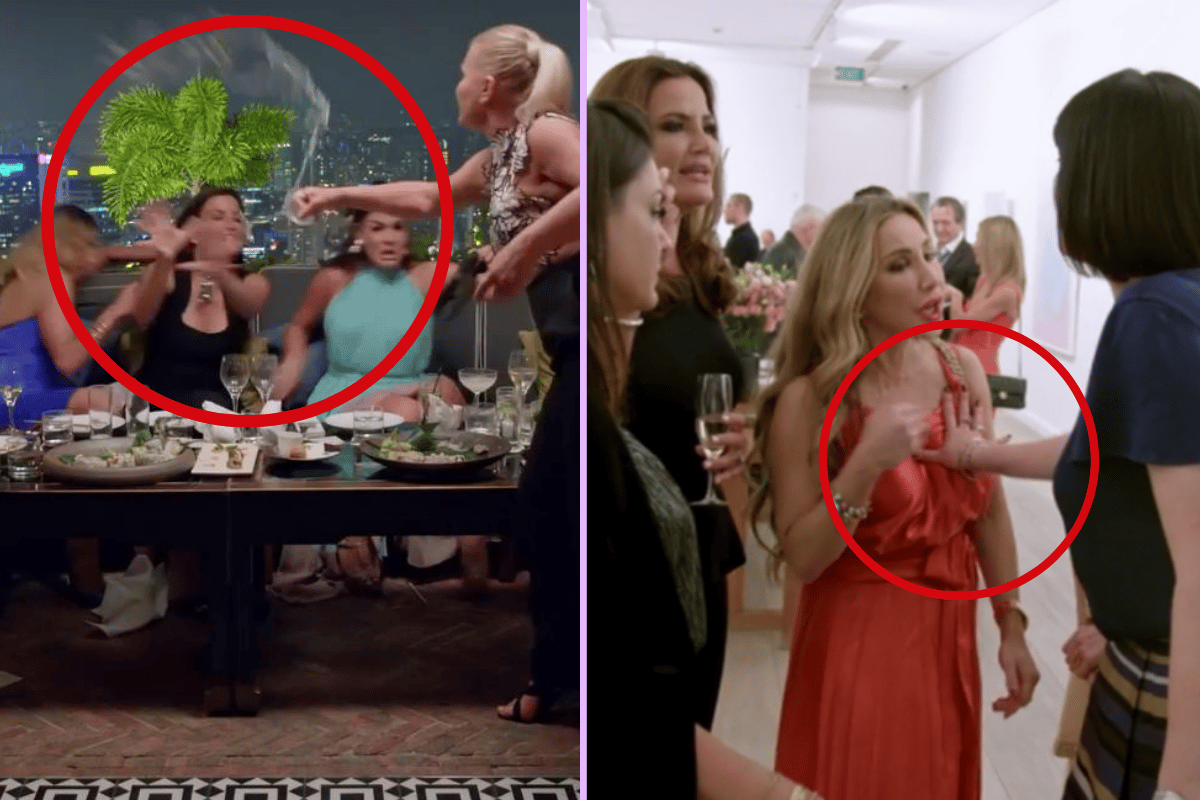 9. The Real Housewives of Auckland.

Our mates across the ditch didn't excel at Real Housewives either unfortunately.

Once again, it only lasted for one season in 2016 and *didn't* have a reunion. There was definitely glamour and a lot less nastiness, but it just had a few moments that left a bad taste in the mouth.

Perhaps the one that has always stuck out for me was the really serious encounter between cast members Julia Sloane and Michelle Blanchard.

While the group were holidaying on a yacht in Port Douglas, Julia (a white blonde woman) referred to fellow housewife Michelle (who is Jamaican-British) with a racial slur.

It was horrific to watch.

In the wake of it, Julia said in a piece to camera - "It's an old boating term. I should never have said it."

"It came out of her mouth," Michelle said to The Spinoff. "She needs to own it. Don't blame it on anybody else or make it out to be a light-hearted comment that you jokingly use, because you know what? It is not a light-hearted comment. It's an offensive comment. I've had people make slurs or whatever - but never the 'n-word'. So I was shocked by that." 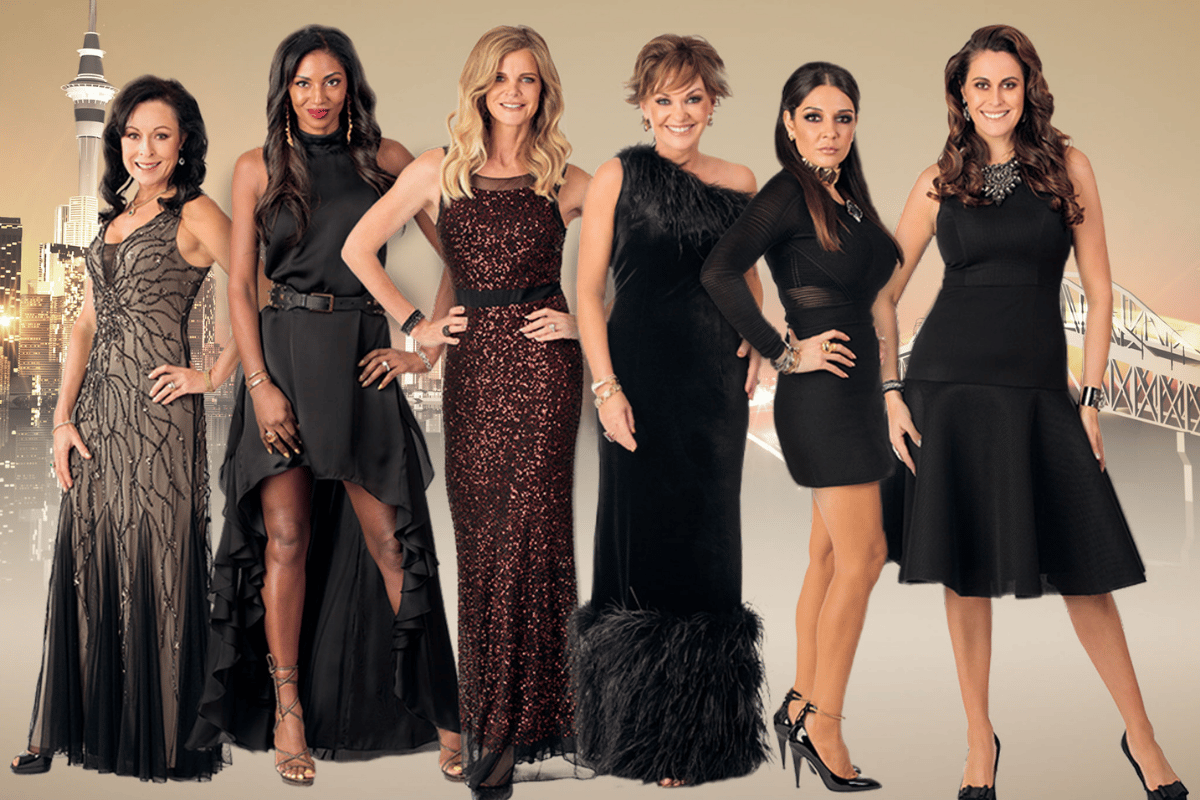 8. The Real Housewives of Orange County.

I don't have any real feelings about The Real Housewives of Orange County.

I've tried my luck at watching it a few times, but haven't felt that engaged with the cast members or plotlines.

But interestingly, Orange County was the first franchise to be created, premiering in 2006.

Based on the thorough research I've done - and by thorough I mean a quick glance at some Reddit Real Housewives threads - many suggested that the series does get better over time.

Many suggested the inclusion of Heather Dubrow into the cast makes things interesting, with the vast majority of fans saying to start at season seven. Apparently that's where things get interesting... 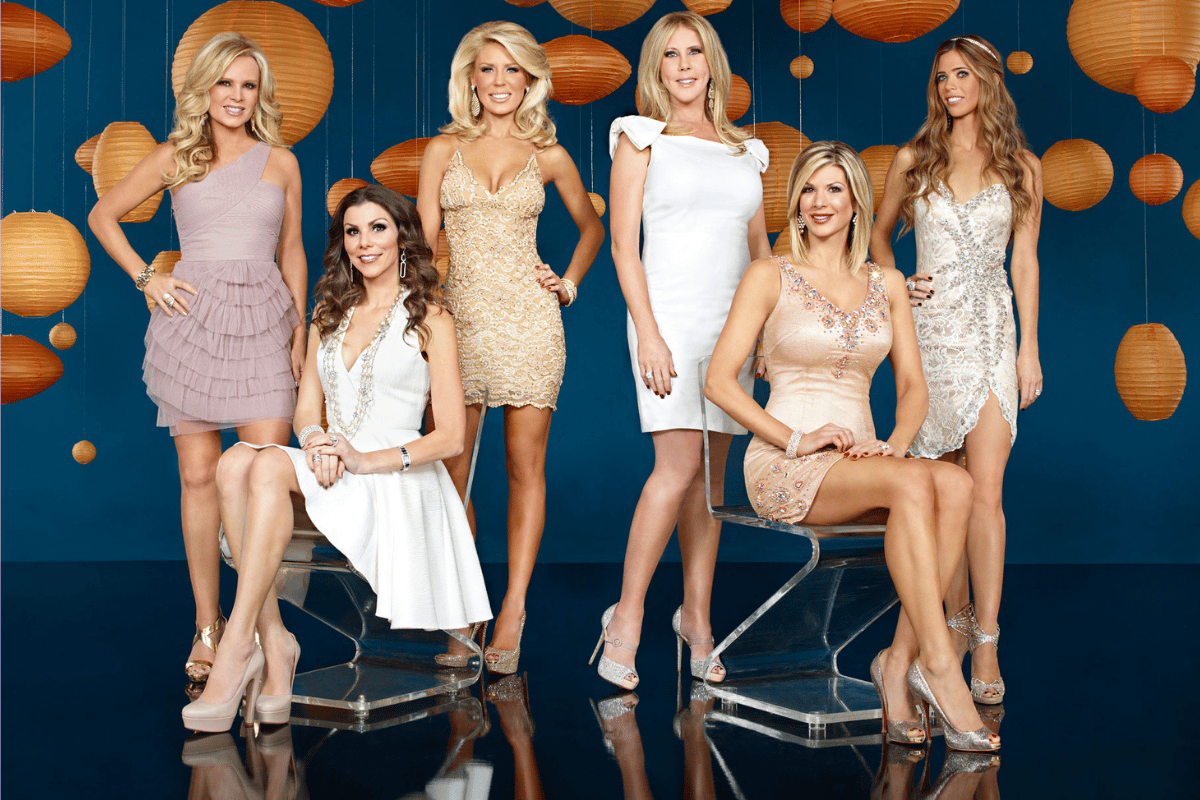 7. The Real Housewives of Cheshire.

I love a bit of British reality TV, and The Real Housewives of Cheshire is a great example.

It's definitely not the best, nor is it the worst, but hey it's a bit of fun!

The early years are the most nostalgic, especially given the news that four of the show's biggest stars quit the series in the space of two years recently. 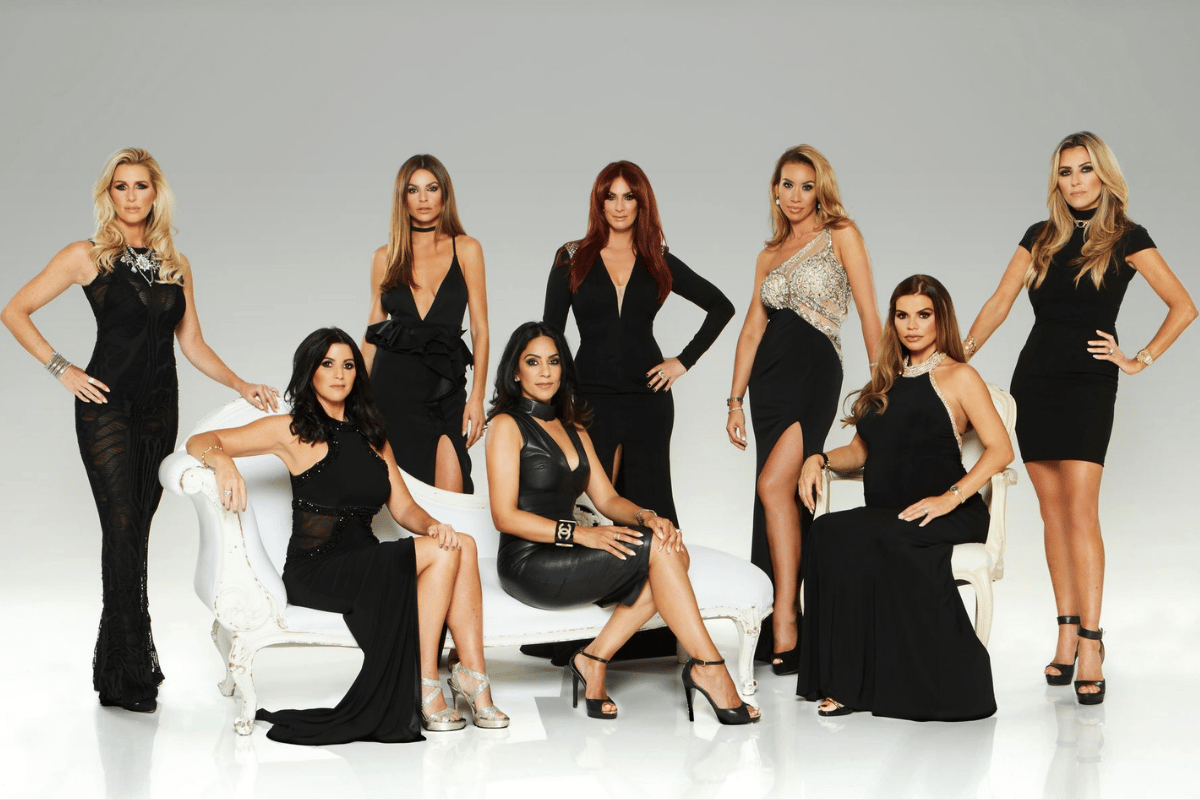 6. The Real Housewives of New York.

Now we're getting into it.

New York is a really good starting point for someone wanting to get into the franchise.

And if you're keen on getting into the series, I personally would recommend starting at season three, as it was one of their most highly watched seasons. Plus, there's a decent amount of background given in the first few episodes, which saves you from having to watch the first two series.

Even though some may consider New York to be one of the more 'old money' and classier franchises, let me tell you, the New York housewives know how to turn it up.

Highlights include the 'scary island' episodes from season three, the reunions, Luann returning to the group's holiday villa with a naked man, the whole of season eight and *the* leg toss (fan favourites will know what I'm referring to).

Trust me, there's a YouTube compilation of their most chaotic moments that lives rent-free in my mind. 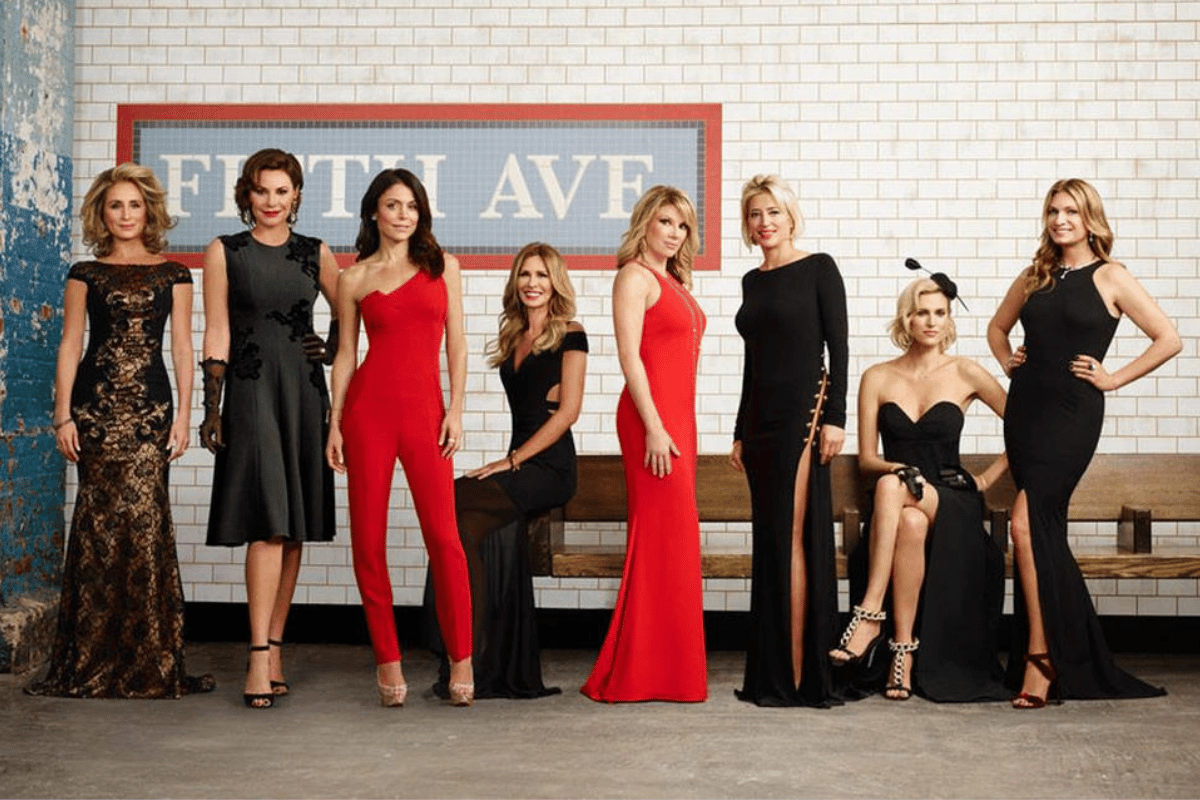 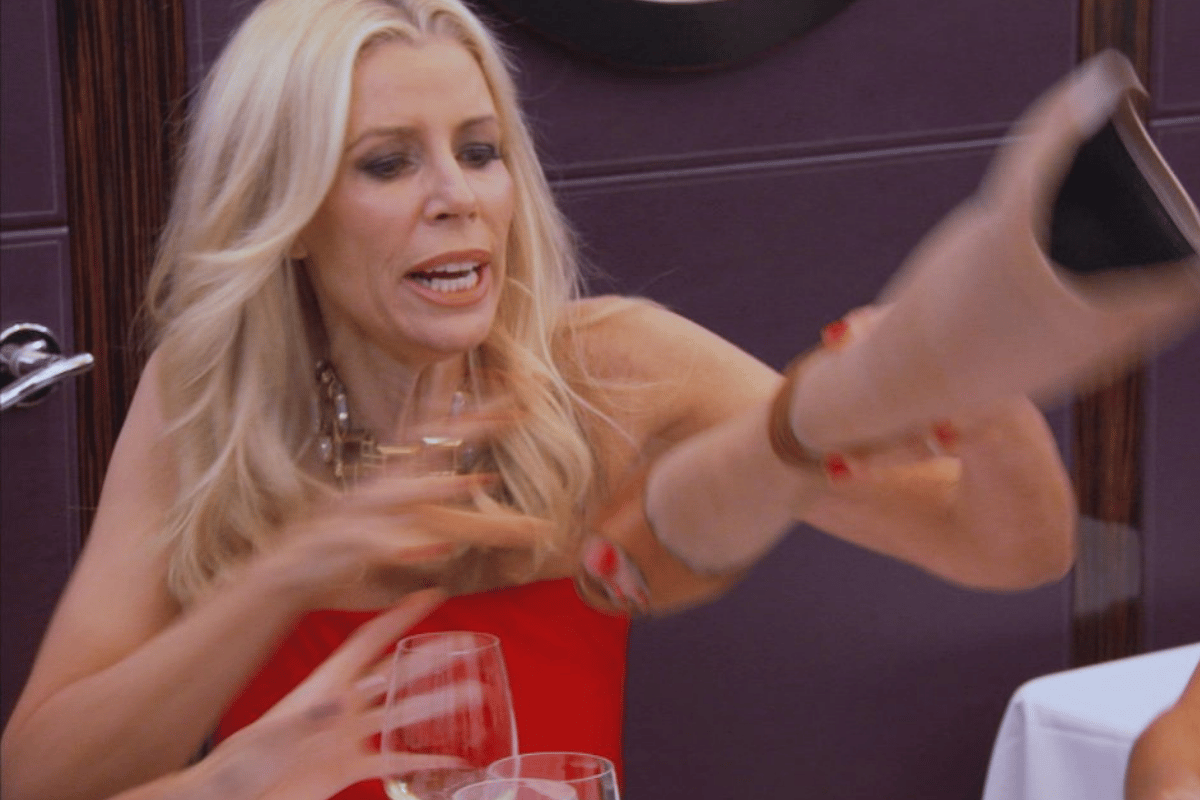 5. The Real Housewives of New Jersey.

Admittedly, I haven't watched the most recent seasons of New Jersey, simply because you just cannot beat the OG days. Because boy were they intense.

If you're not a fan of major drama and intersecting plotlines, I wouldn't recommend this series to you as it is pretty full-on. Especially because in the first few seasons, many of the cast members were related by blood or marriage - which always makes for high tensions... 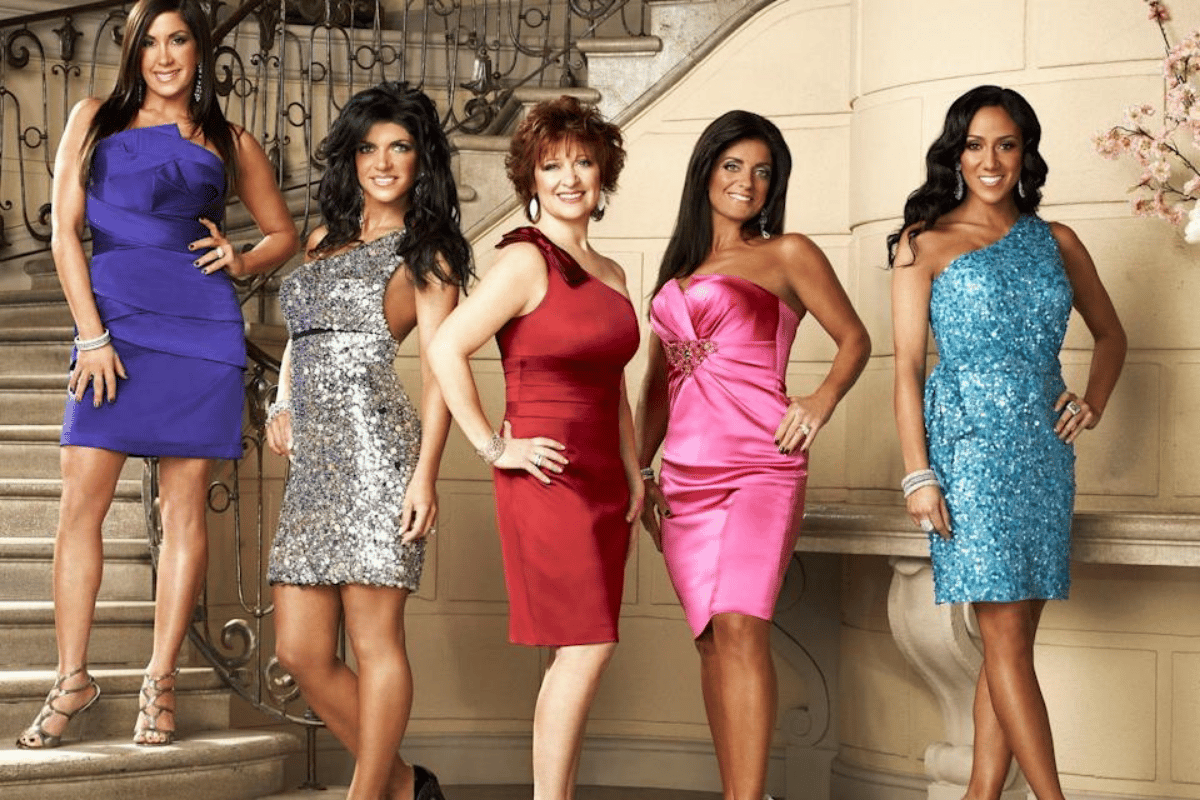 4. The Real Housewives of Atlanta.

This show is renowned as one of the classics for a good reason.

It's one of the highest-rated installments of the franchise as well as the most-watched series on the Bravo network. And it was the first Real Housewives series to feature a predominantly Black cast.

It is a lot to watch given there are 14 seasons. If you're someone who just wants the drama straight up, you can always sit back and enjoy a reunion episode. But be warned - it's a lot.

One of the cast's main members Nene Leakes has since left the show this year following her lawsuit against the show's production company. And considering this lawsuit is related to Nene's alleged experience of racism at the hands of white housewife Kim Zolciak from the first few seasons, it makes for relevant viewing to look back at the reunion episodes over the years. 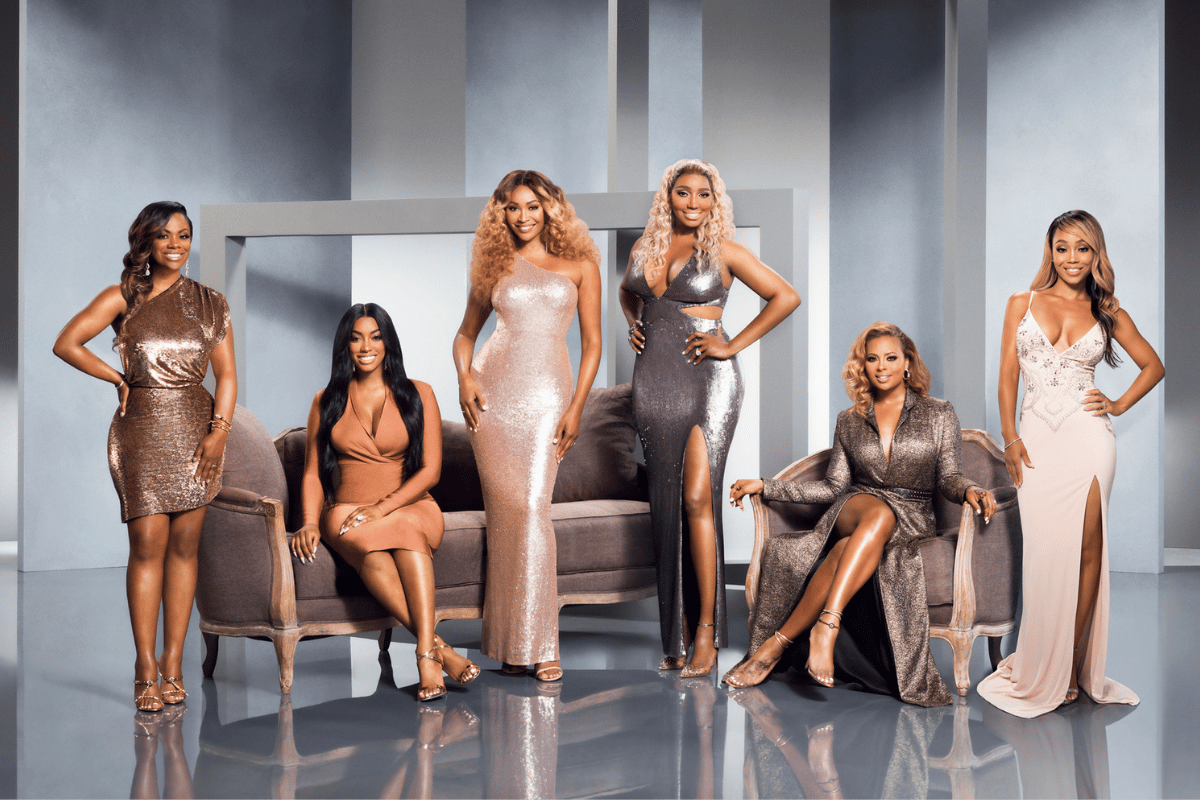 My top three franchises are pretty close in ranking, because they're all so damn good.

And representing Australia fabulously is The Real Housewives of Melbourne.

What the Melbourne women do really well is showcase the opulence that viewers look to from Real Housewives, but also bring about a sense of relatability and down-to-earth Aussie humour.

And that's what makes it such a good show.

Don't both watching the first season, it wasn't a major hit. Instead, start with season two which introduces the cast members very well and whisks you straight into the drama. Win/win!

Highlight cast members - all of them.

As for the best season out of the five that have aired, season three is truly brilliant - plenty of rumours, revelations, hilarious moments and a banging reunion. 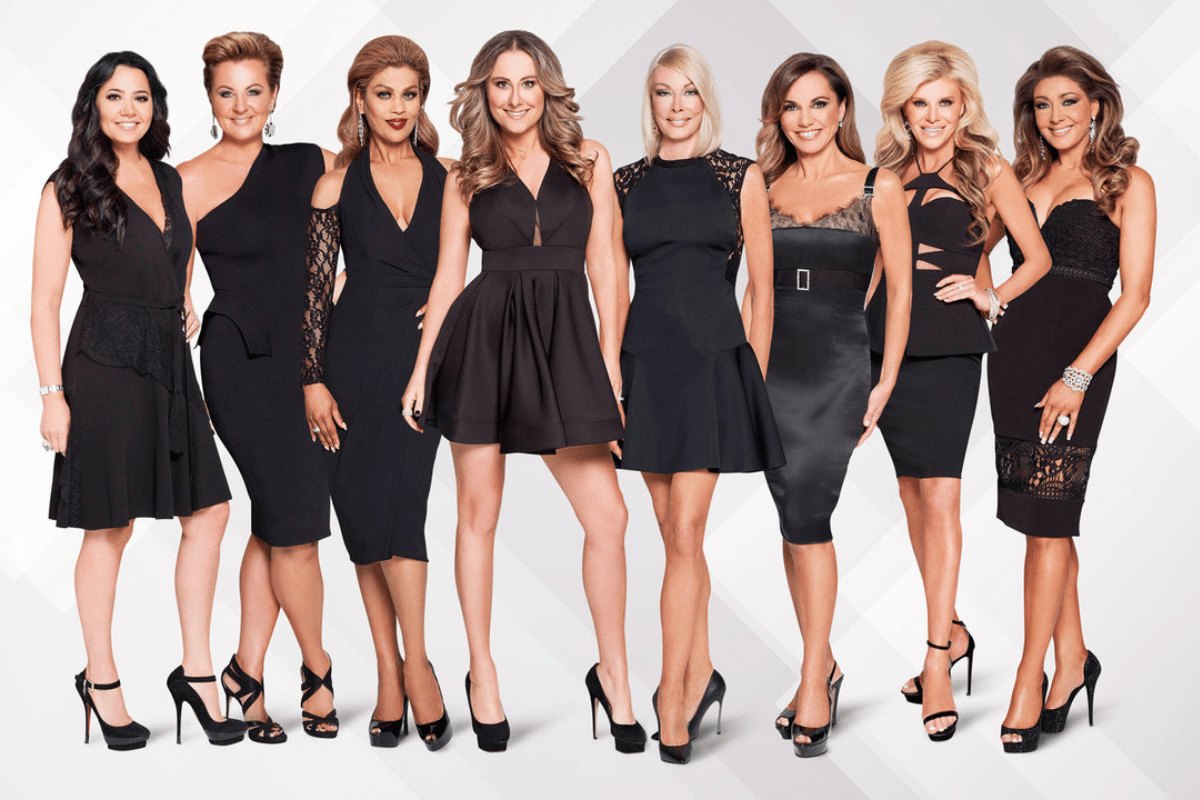 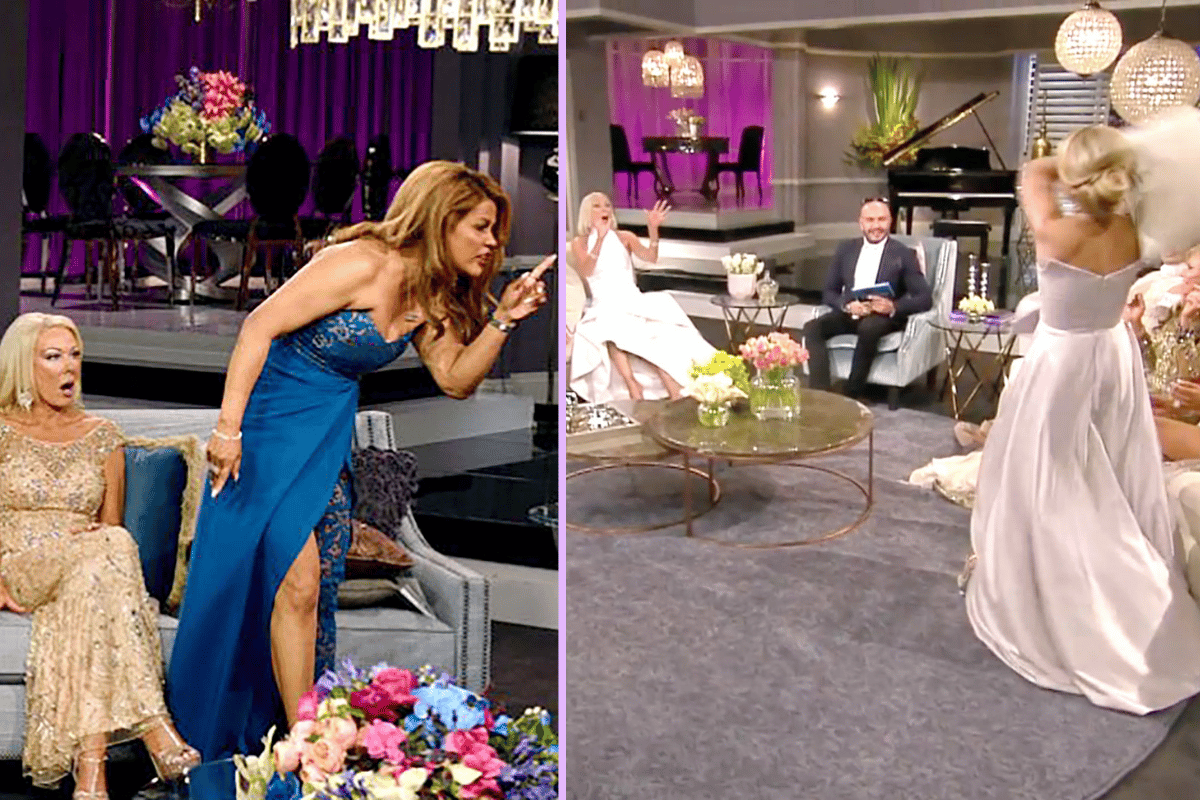 2. The Real Housewives of Potomac.

I'm only a recent watcher of Potomac, but OH MY GOD it is truly one of the best.

It is chaotic, interesting, has depth, drama, and powerful and successful women at the helm. It's just an all-around delight.

Each of the women have their own place in the series, interesting storylines and when they collide - wow.

It has an almost unparalleled level of drama since it aired in 2016, and personal favourite cast members include Karen Huger 'the Grande Dame' and Gizelle Bryant.

As always, the best series often deserve to be watched from the beginning, and in this instance, season one was just as good as the rest.

Be prepared for some of the best reality TV moments! It's brilliant. 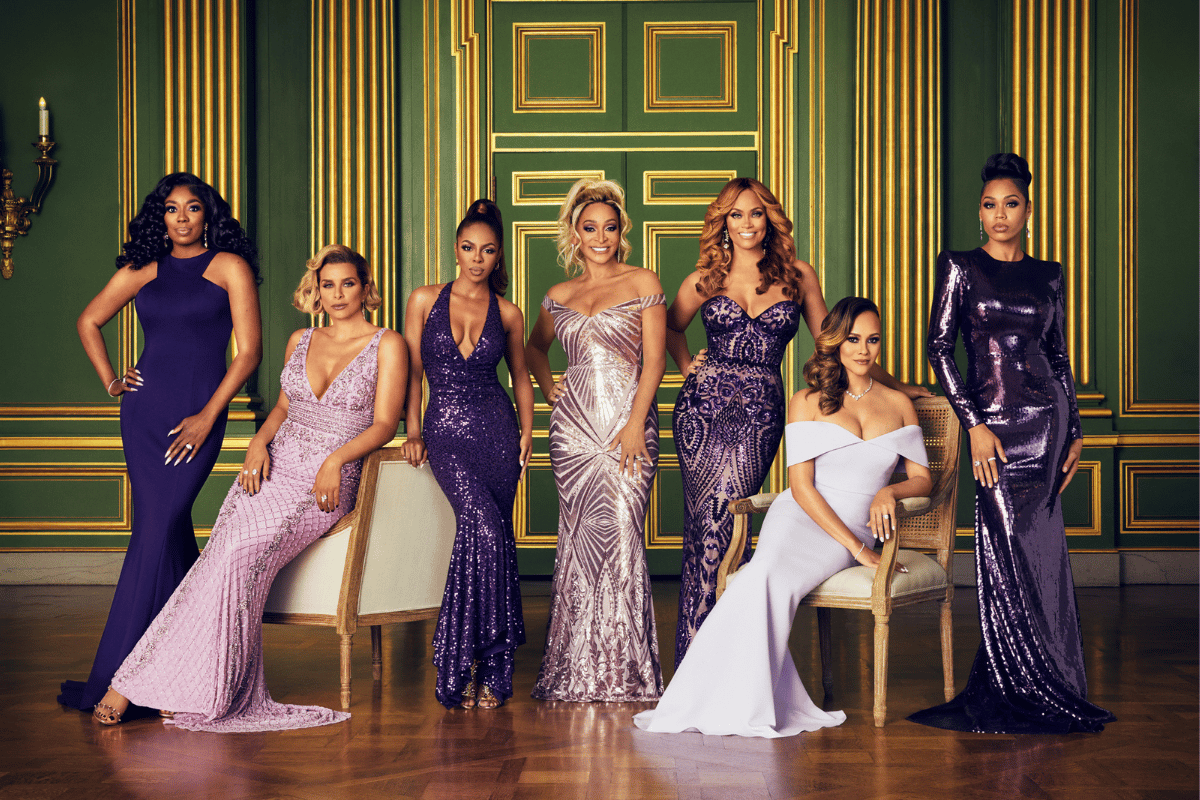 1. The Real Housewives of Beverly Hills.

For me, there is nothing that beats Beverly Hills. It's nostalgic, one of the OGs, and continues to be the series that gets me hooked every time a new season is released.

Since this is the best Real Housewives series, I am of course going to recommend starting from the beginning.

Because if you don't, these are just some of the major moments you will miss out on - a psychic medium fight, an alcoholism confession, the beginning of Gigi and Bella Hadid's rise to fame, a Brandi Glanville slap and a wine throwing glass-smashing showdown. Just to name a few.

And given that the twelfth season is about to begin airing, now is the perfect time to catch up on all the drama, massive plotlines and cast changes that have happened prior. Because context is key my friend.

What's your favourite Real Housewives franchise? Let us know in the comments below! 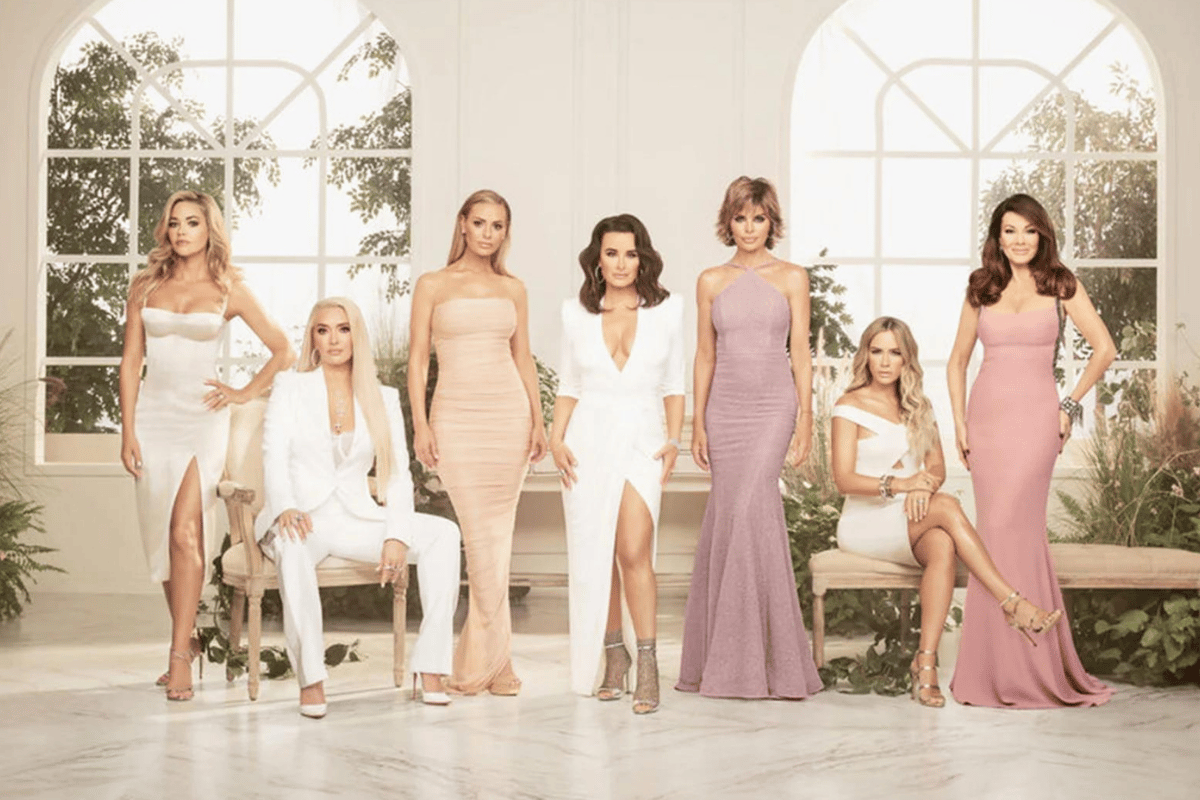